10 Best Bengali Movies That Are Totally Worth Your Time!

It is an established fact that Bengali cinema has a rich cultural history. Bengali filmmakers have always been known for their great work, especially with giants in the industry like Satyajit Ray, who astounded not just people in India, but even filmmakers around the world. Bengali cinema is said to have some of the best Indian movies one can watch, and with the advent of subtitles across all streaming platforms, it has become increasingly easier to consume content in languages you don’t necessarily understand. So why limit ourselves to only two or three languages we speak? Here are the 10 best Bengali movies you won’t regret watching!

Also read: 21 Banned Bollywood Movies That Got In Trouble With The Censor Board

Now, onto our list of the best Bengali movies, you must watch right away!

Bela Seshe follows Biswanath Majumdar and his wife Arati Majumdar, who have been married for over 49 years. They have four kids who have also grown up and gotten married, however all of them are facing issues in their respective relationships. A few months before their 50th wedding anniversary, Biswanath decides to divorce Arati, much to the shock of his children. The couple refuses to tell their children why they’re getting divorced. Ordered by the court to spend a 15-day vacation before deciding on the divorce, the whole family decides to spend this time together in their villa in Shantiniketan. 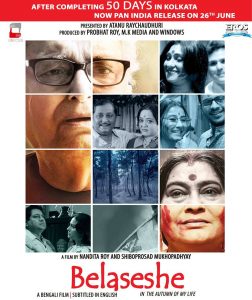 Set in 1947, Rajkahini follows the story of Begum Jaan, a mistress of a brothel. Begum Jaan is the head of a brothel that houses eleven other women and two men, one of which is Begum’s bodyguard. During the partition, Bengal is divided into West Bengal and East Bengal (now Bangladesh), and the Radcliffe line that divides the two countries passes straight through Begum Jaan’s brothel, following which Begum Jaan and the rest of the occupants are asked to leave the building, which they refuse. 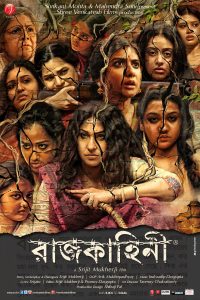 Estranged from her only son, retired school teacher Upama leads a lonely existence. When an NGO worker brings her an orphan boy named Bitlu to look after, Upma strikes an unusual friendship with the young boy. However, one day, the duo suddenly goes missing, prompting Upama’s son, Soumya, to go and find them. 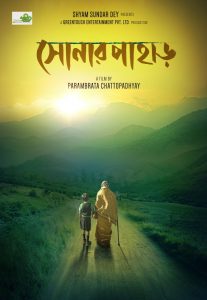 Directed by Satyajit Ray, Aparajito is the second installment of the Apu trilogy and takes off immediately after where Pather Panchali ends. It follows the story of Apul’s family after they have moved from their small village in West Bengal to the city of Varanasi. Once in Varanasi, Apu’s father becomes severely ill and dies, prompting Apu’s mother to work as a maid to feed her children. Apu and his sister then move back to Bengal, and Apu is able to secure a scholarship because of his interest in studies. 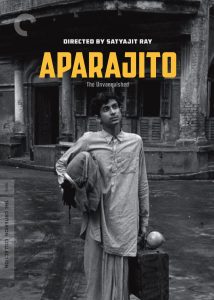 Asha Jaoar Majhe, or Labor of Love, follows a young married couple who work hard to meet ends in the city of Kolkata. The couple is unnamed, and in general, represents the many poor couples in Kolkata and their struggle to survive in the city. The young couple spends all their day away from each other as both of them work for a living, but for a brief moment each day, they get to be together. The movie has no dialogues and instead chooses to convey its message through classic old songs. 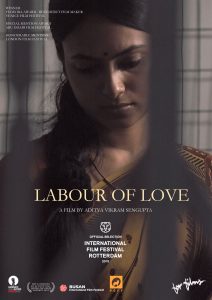 Based on the 1906 novel of the same name by Rabindranath Tagore, Noukadubi is a period drama set in the 1920s. It follows the story of Ramesh, a young law student who is courting Hemnalini, a friend of his sister’s. However, when he is suddenly summoned by his father to his village, their romance is cut short. His father orders him to marry the daughter of a forlorn widow, and Ramesh ultimately gives in. However, even after this great misfortune, fate seems to have worse in store for Ramesh. 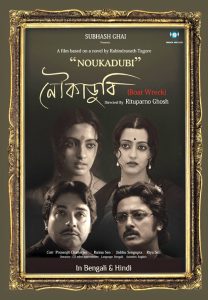 The directorial debut of Satyajit Ray and the first movie in the Apu Trilogy, Pather Panchali is based on Bibhutibhushan Bandyopadhyay’s novel of the same name. It follows the story of Apu and his sister Durga, and focuses on their childhood as they grow up in poverty in their village. Pather Panchali is often considered one of the greatest movies in the history of cinema. 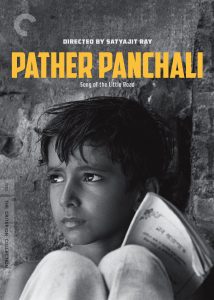 Directed by legendary director-writer Satyajit Ray and based on the novel of the same name by the director, Sonar Kella follows the story of a young boy named Mukul who has visions from his past life. He dreams of having lived in a fortress full of gems in his past life. Word soon reaches out to two crooks named Amiyanath Burman and Mandar Bose, who decide to kidnap Mukul to locate the fortress full of gems. Mukul’s father, threatened by the possibility of his son getting kidnapped, hires seasoned private investigator Feluda to keep his son safe. 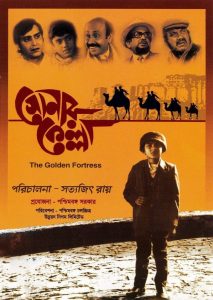 Asur follows Kigan, a sculptor who is also a professor of art in a college. After a number of inappropriate incidents, he is fired from his job. But instead of being sad, Kigan is happy, and wishes to use his newfound freedom and time to make the largest Durga idol in the world. However, various past enmities and bruising of egos create a plethora of issues for the artist. 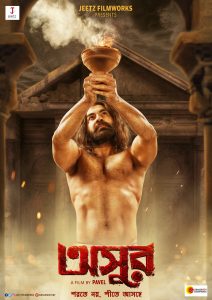 Based on a social novel of the same name by Shaktipada Rajguru, Megha Dhaka Tara is a film that follows the aftermath of the partition of Bengal into East Bengal and West Bengal. Centered around a girl named Nita, the movie follows her as she struggles to survive in West Bengal as a refugee from East Bengal after her father meets an accident and is unable to earn a living. A warm and giving person by nature, Nita is exploited by everyone around her – including her family. 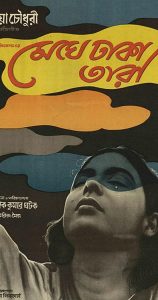