Ahmedabad is one of Gujarat’s major cities. With its lovely temples, architectural marvels, and instructive museums, the city has a rich historical history that has progressively given rise to a rising commercial, tourist destination. But the great position of Ahmedabad, which lies between Rajasthan and Gujarat, makes it even better. Ahmedabad is a traveler’s dream, with access to some of the world’s top tourist attractions. Here is the list of 10 Best Weekend Getaways from Ahmedabad

Also Read: 15 Best Places to visit in Gujarat That You Must Not Miss!

Modhera, in Gujarat’s Mehsana district, is famous for its Sun Temple, an exquisite architectural marvel that is thought to be over a thousand years old. The magnificently designed and built monument has drawn artists and photographers from all over the world. Every year, visitors from all over the world come to see the iconic stepwells and the Modhera Dance Festival. 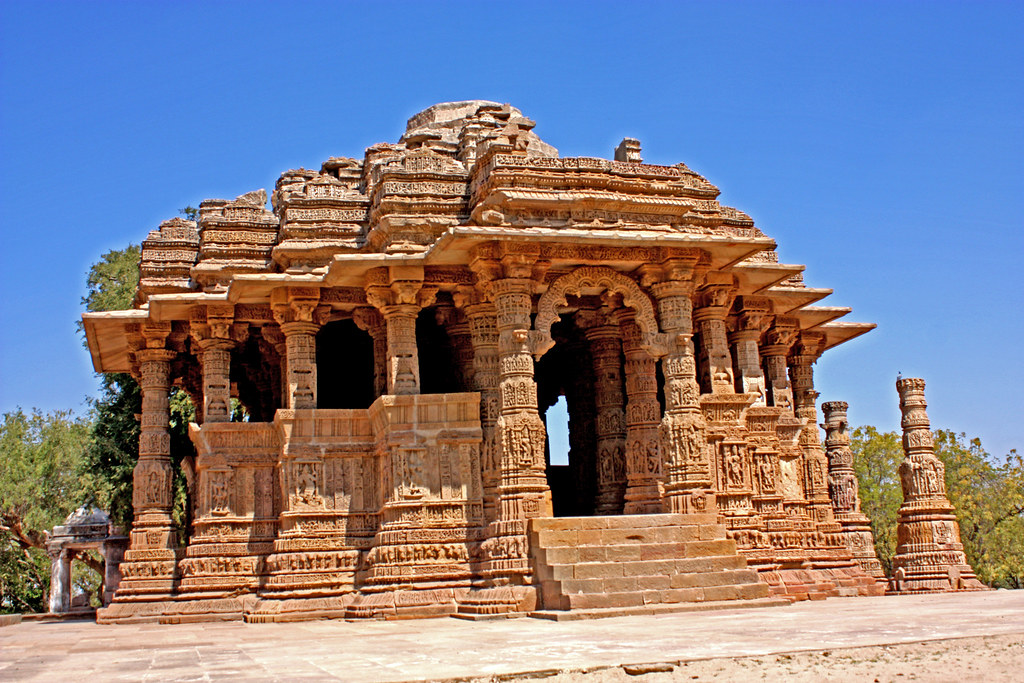 Vadodara, also known as Baroda, is one of Gujarat’s largest cities. Many heritage structures and monuments still stand tall in the city, telling tales from a bygone era and attracting many tourists, travelers, historians, and art and architecture enthusiasts. The Nyay Mandir in Vadodara’s heart, the Maharaja Sayajirao University of Baroda, and the Lakshmi Vilas Palace are all worth a visit. 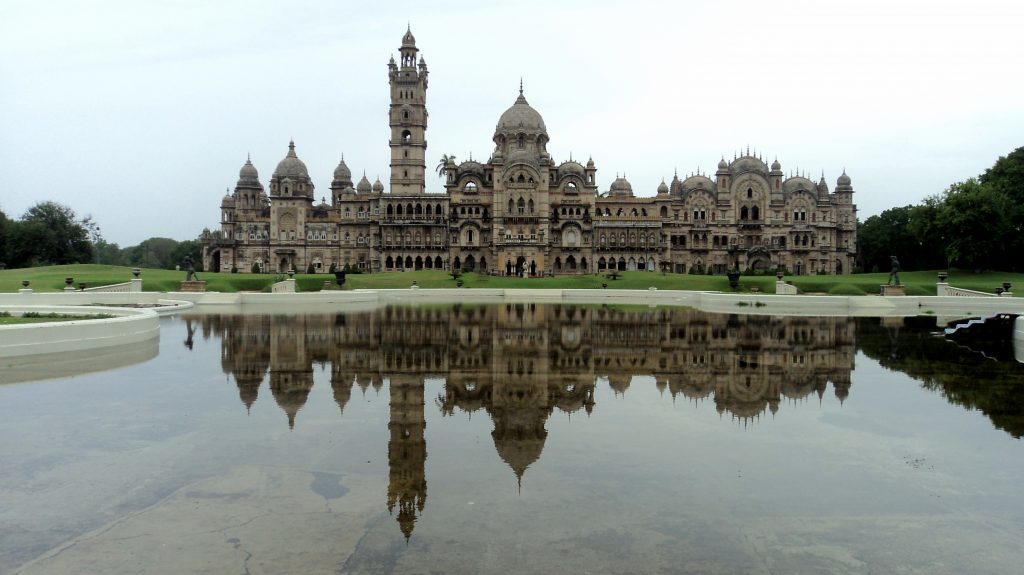 Vijaynagar, also known as the ancient Polo City, gets its name from the Marwari word ‘pol,’ which means ‘gate.’ It is located near the Gujarat-Rajasthan border. Vijaynagar is also an ex-princely state of British India, and it is known for its lush Pol Forest (also known as Polo Forest or Vijaynagar Forest), glorious waterfalls, There are a variety of remarkable monuments and architecture, as well as fauna. 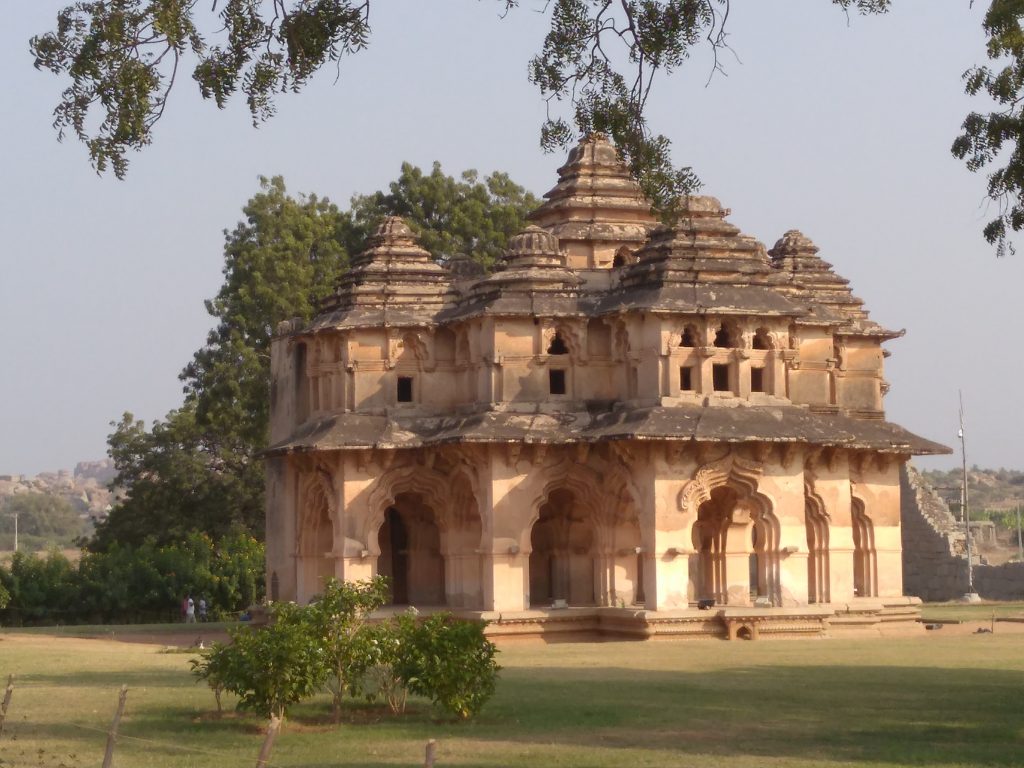 While it may appear to be a typical city from the outside – busy and crowded – Rajkot in Gujarat has more to offer than meets the eye, particularly for visitors. Rajkot is a mix of old and new, with rustic buildings and museums on one hand and modern high streets on the other. Visit the Kaba Gandhi No Delo, where Mahatma Gandhi spent some of his childhood, as well as the Rotary Dolls Museum, Watson Museum, Pradyuman Park, Buddhist Caves, and many other interesting places. 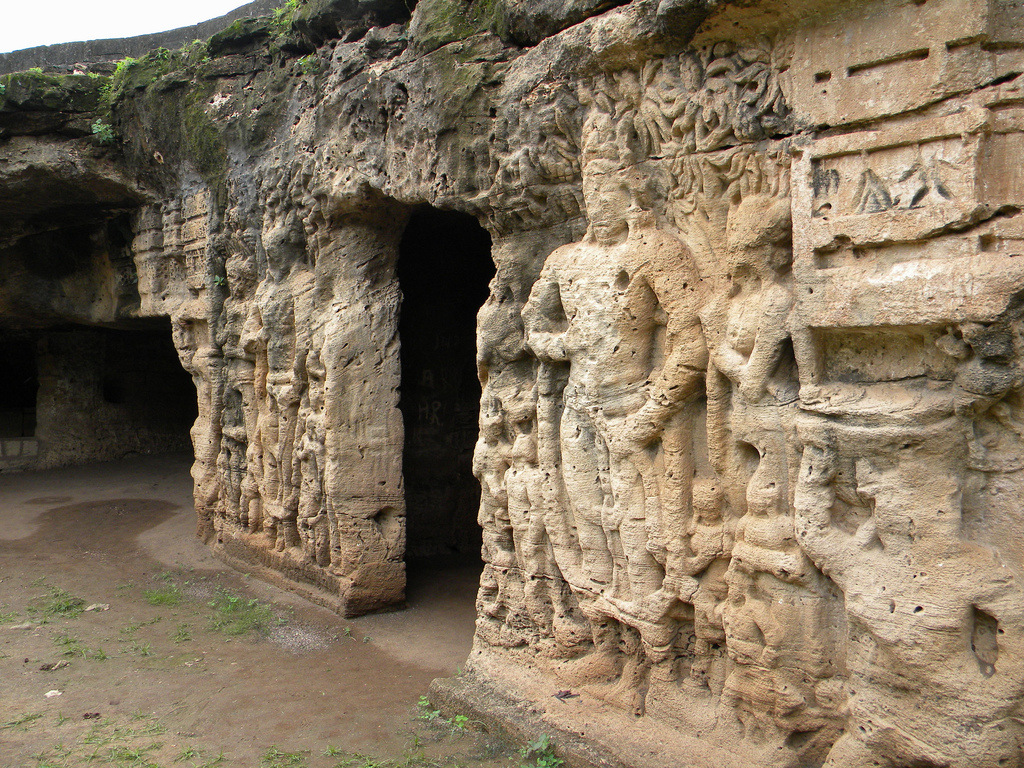 Mount Abu, tucked away in Rajasthan’s Aravalli Ranges, is a popular hill station close to the Gujarat-Rajasthan border and is one of the best Weekend Getaways from Ahmedabad. With its centuries-old, exquisitely carved Jain temples, particularly the ornate Temples of Dilwara, it is also a significant pilgrimage site for India’s Jain population. Mount Abu is known as an ‘oasis in the desert because it is the only hill station in the desert state of Rajasthan and is home to serene forests, rivers, lakes, and waterfalls. 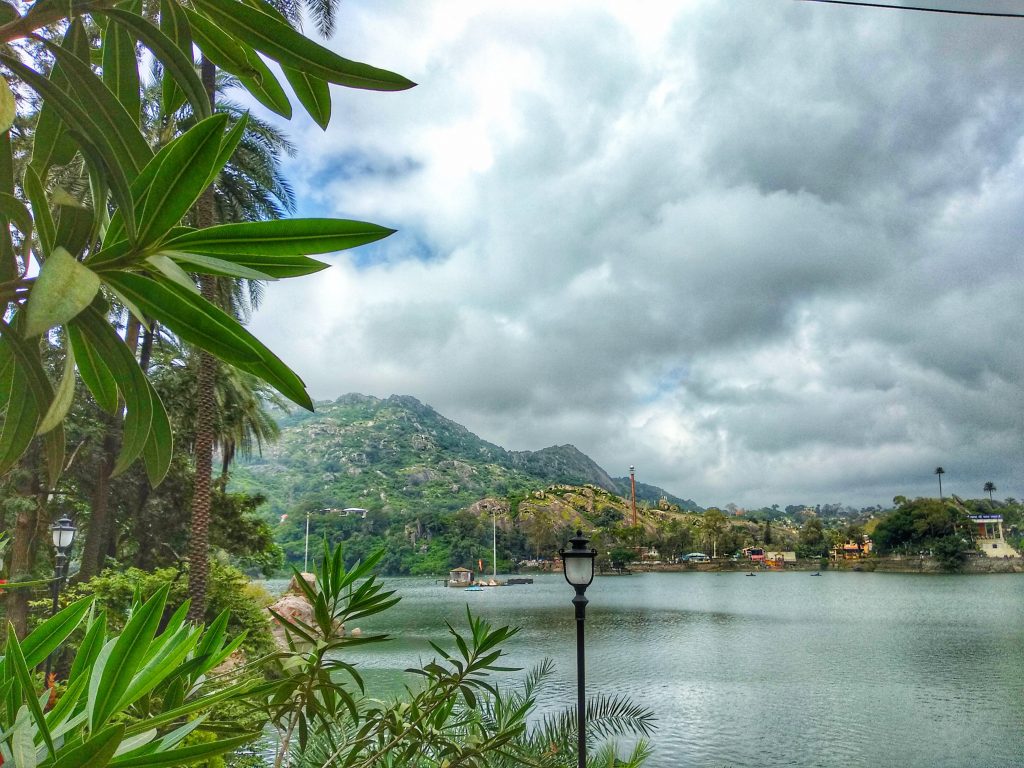 Surat in Gujarat, located by the Tapti River and closer to the Arabian Sea, was a major seaport and trading center in the past. It is well-known for its silk and textile industries, as well as diamond cutting and polishing industries, and is thus known as the Silk City or the Diamond City of India. The Dumas Beach, Sardar Patel Museum, and Gopi Talav are just a few of the many tourist attractions in Surat. 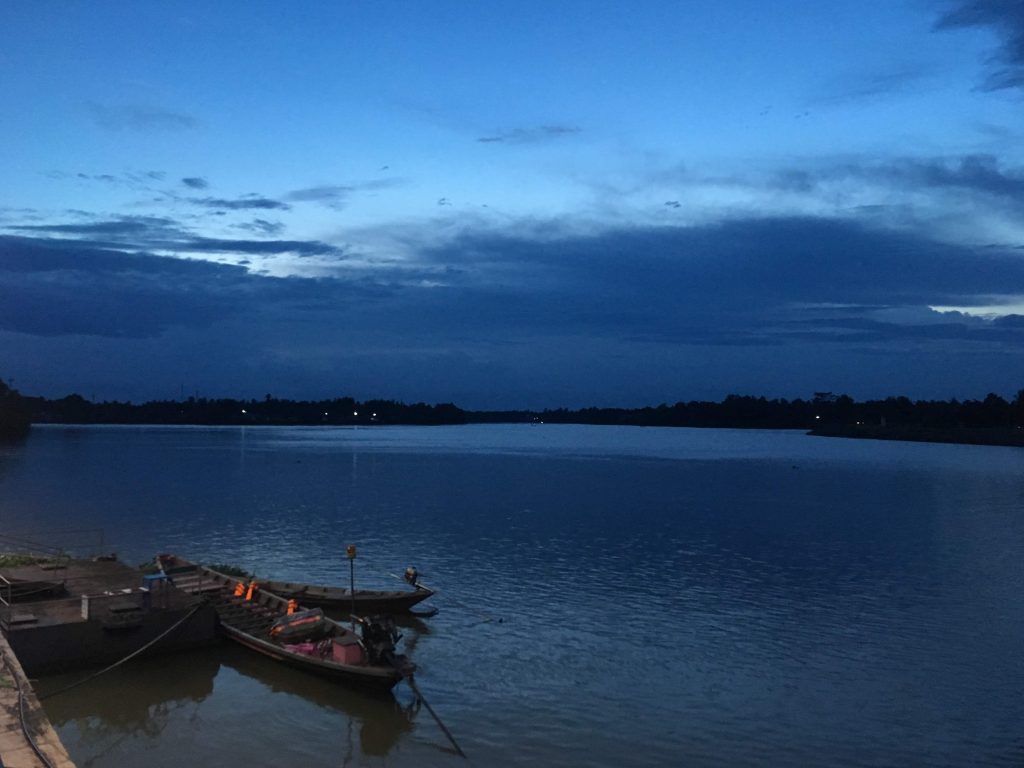 The city of Bhuj in Gujarat is famous for its centuries-old, impressive buildings, which are filled with heritage structures and monuments. This Kutch district headquarters is linked to a number of significant historic and prehistoric events. Some of the many places to visit in Bhuj include Hamirsar Lake, Aina Mahal, and Prag Mahal. Shopaholics can also find colorful Kutchi handicrafts in Bhuj’s many markets. 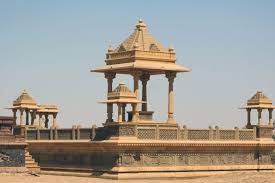 The ancient Indus Valley Civilisation thrived on the site where Dholavira now stands in Gujarat’s Kutch district. It is one of the two largest Harappan sites in India, as well as one of the most visible. If you are interested in history, you must visit this ancient city, which is now in ruins but has the charm to transport you to a bygone era with its impressive structure, layout, and planning. 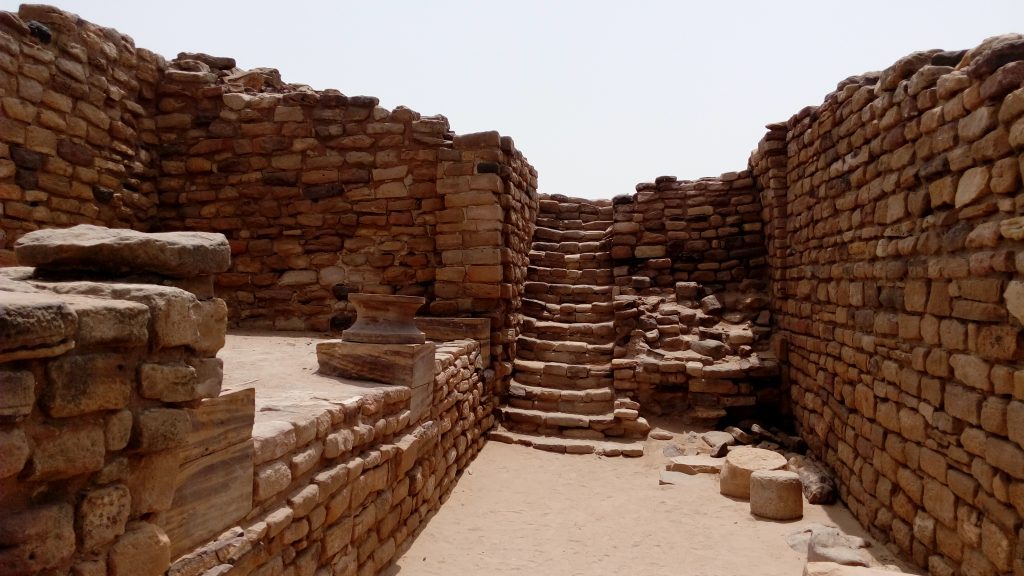 The twin islands of Daman and Diu in the Arabian Sea constitute the second-smallest union territory on India’s west coast. Beautifully constructed old churches and forts from the Portuguese colony dating back to the 1500s can be found. Among the many other places to visit are the Jain temples, Nadia Caves, Jampore, and Devka Beach. 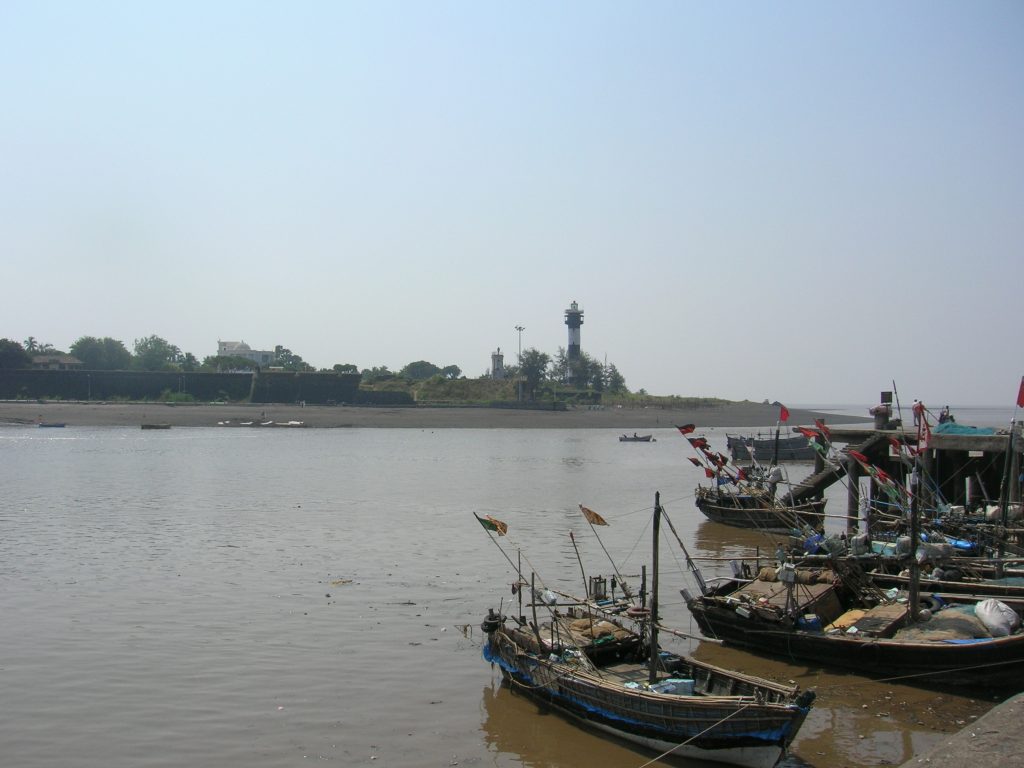 Chittorgarh, a city in Rajasthan, has a significant role in Rajput history. The city, also known as Chittaurgarh, is home to the magnificent Chittor (or Chittaur) Fort, India’s and Asia’s largest fort. The fort has witnessed and survived major historical events such as three major sieges by Muslim invaders and Jauhar, and mass self-immolation by Rajput warrior women. The Chittor Fort also has a temple dedicated to Meera, a famous mystic poet and Rajput princess from the 17th century. Mandu, also known as Mandavgad, is an ancient fort city in Madhya Pradesh, it is one of the best Weekend Getaways from Ahmedabad which explains the city’s architectural heritage and impressive landmark buildings. Mandu is a must-see for any history buff, photography enthusiast, or art lover, thanks to its many architectural marvels, including but not limited to the Hindola Mahal, Jami Masjid, Jahaz Mahal, Baz Bahadur Palace, and Rewa Kund are among the attractions at Rani Roopmati Palace and Pavilion. 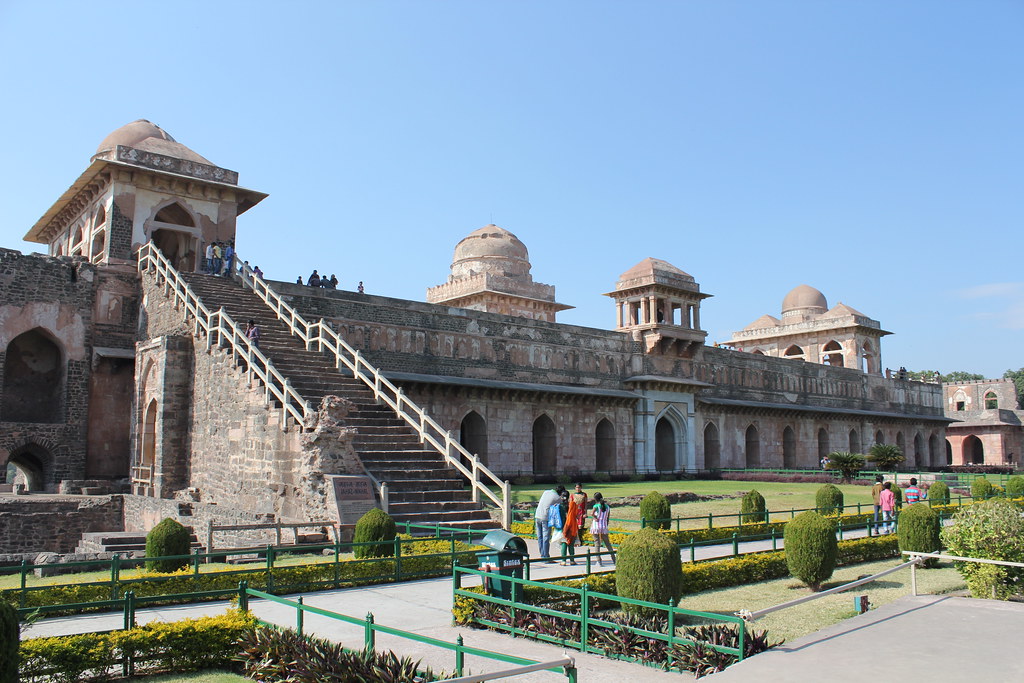 Porbandar is a significant place in Gujarat because it is the birthplace of Mahatma Gandhi. Not only is the location historically significant, but it also provides many interesting places for visitors to visit, including some impressive heritage and spiritual destinations, a bird sanctuary, and many others. Travel from Ahmedabad to Porbandar for a relaxing weekend. Kutch in Gujarat is practically an island, surrounded by the Arabian Sea in the west, the Gulf of Kutch in the south, and the Rann of Kutch in the north. It’s been dubbed “India’s Wild West,” and it’s a stunning destination with a one-of-a-kind landscape. Explore the incredible Banni grasslands, breathtaking vistas, salt marshes, wildlife refuges, abandoned ghost towns, Siyot caves, forts, and more.

Maheshwar is a Madhya Pradesh town located on the Narmada River. Maheshwar was the former capital of Madhya Pradesh’s historical province of Malwa. Maheshwar, a peaceful riverside town, gets its name from the Hindi words ‘Maha Eeshwar,’ which means ‘the great God,’ a title for Lord Shiva, and has many interesting legends and myths associated with it. The historical town is well-known for its many heritage monuments, which include beautiful palaces, forts, and temples. 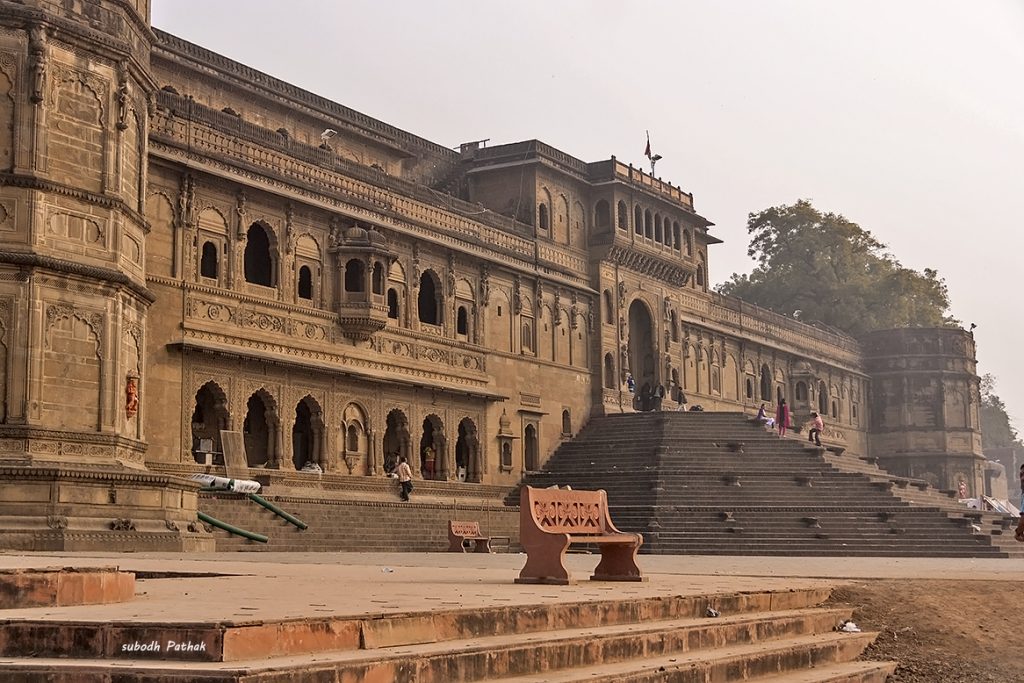 Dwarka, one of seven ancient towns known as Sapta Puris in mythology, is rich in myths and lore. It is well-known as a pilgrimage site and for the magnificent Dwarkadheesh Temple, which is dedicated to Lord Krishna, the king of Dwarka. The ancient city is said to have been made of gold and was submerged in the deep blue of the Arabian Sea. Dwarka Beach and lighthouse provide breathtaking views of the Arabian Sea. We hope you liked our list of 10 Best Weekend Getaways from Ahmedabad. Comment below to tell us the one you’re most excited to go to!