You must’ve seen that face on a t-shirt, coffee mug, read a or probably something else. Yes, that’s Ernesto Che Guevara, an attractive paradoxical figure who’s one of the most famous revolutionary leaders we’ve known. A doctor by profession, and a rebel at heart, Che gave up his cushy job to fight for the people in Cuba, putting himself through enormous dangers and travails. A prominent figure of the Cuban revolution who went on to become a master of guerrilla warfare in South America, Che remains an icon of rebellion, revolution and anti-imperialism.

From addressing the United Nations General Assembly to authoring books and making fiery speeches, Che Guevara’s was known as someone who didn’t mince words and spoke with great conviction and determination. Che Guevara quotes reflects his vision, ideas and commitment to stir a revolution amongst the masses exploited by the privileged classes.

Let’s live through the revolution through some of the Che Guevara quotes we bring to you.

1. “I am not a Liberator. Liberators don’t exist. The people liberate themselves.” – Che Guevara 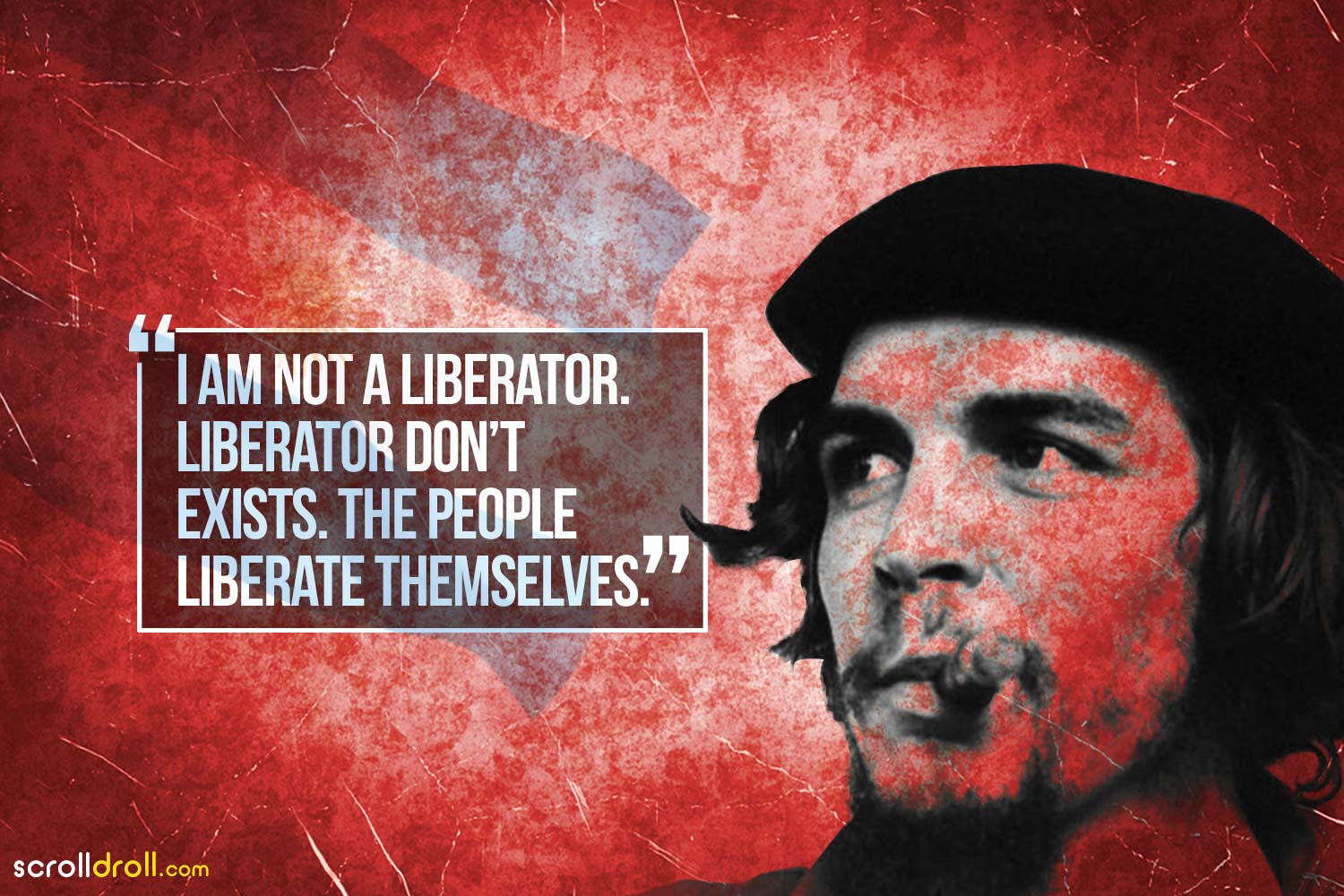 2. “I don’t care of I fall as long as someone else picks up my gun and keeps on shooting.” – Che Guevara 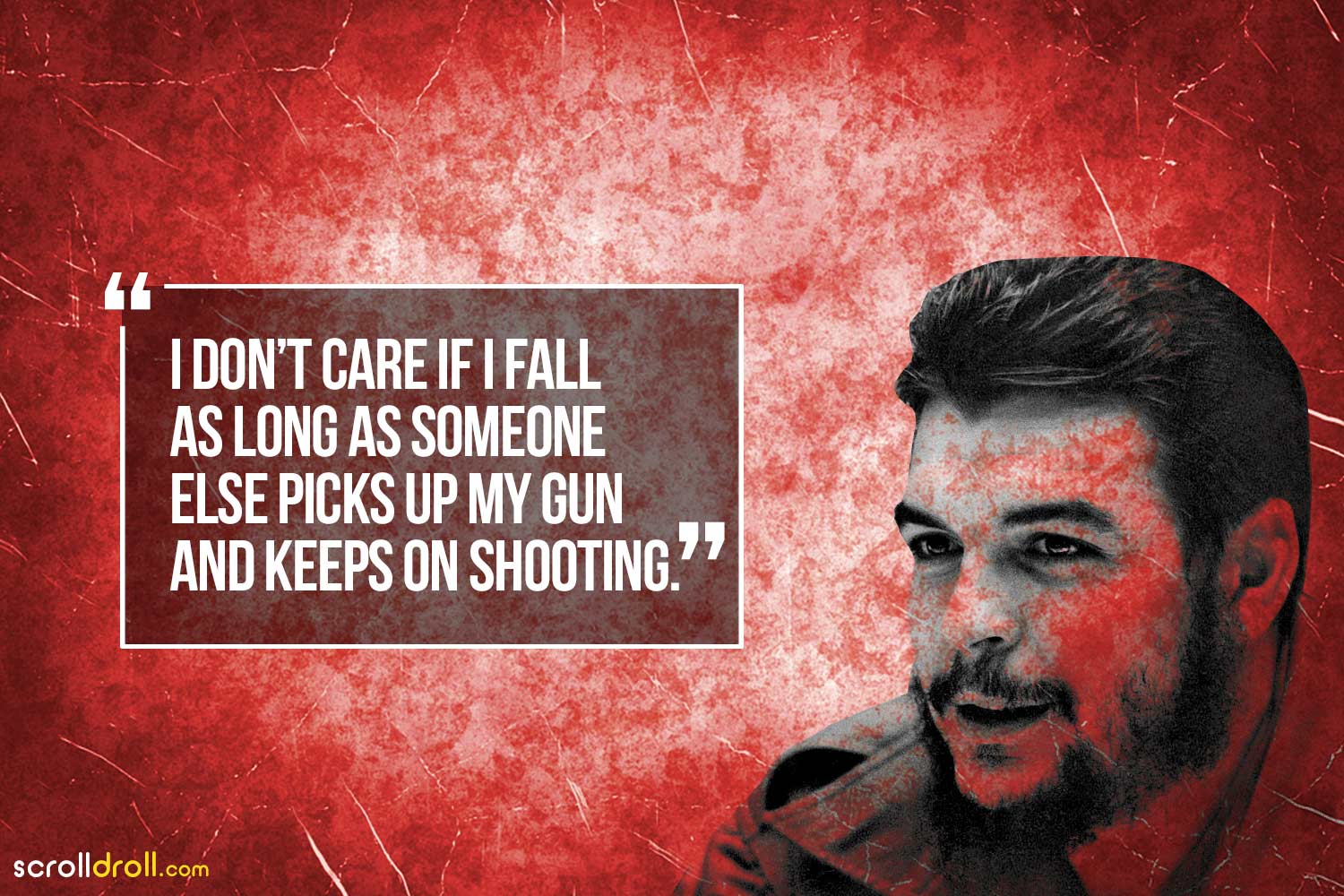 Because you can at most kill a free man, not conquer him.

3. “Silence is a continuation of dispute by other means.” – Che Guevara 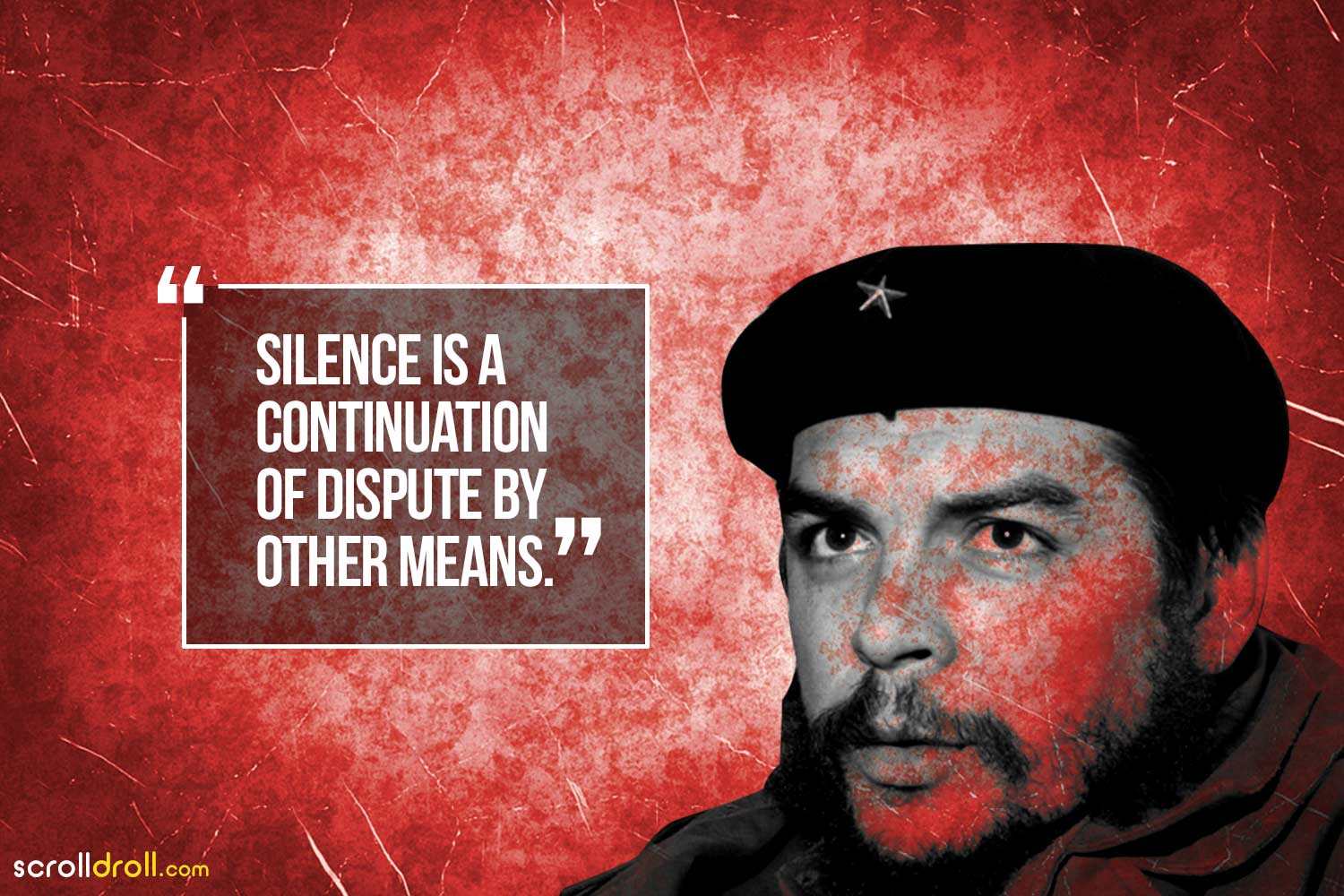 4. “I will always dream and will never stop until I am dead.” – Che Guevara 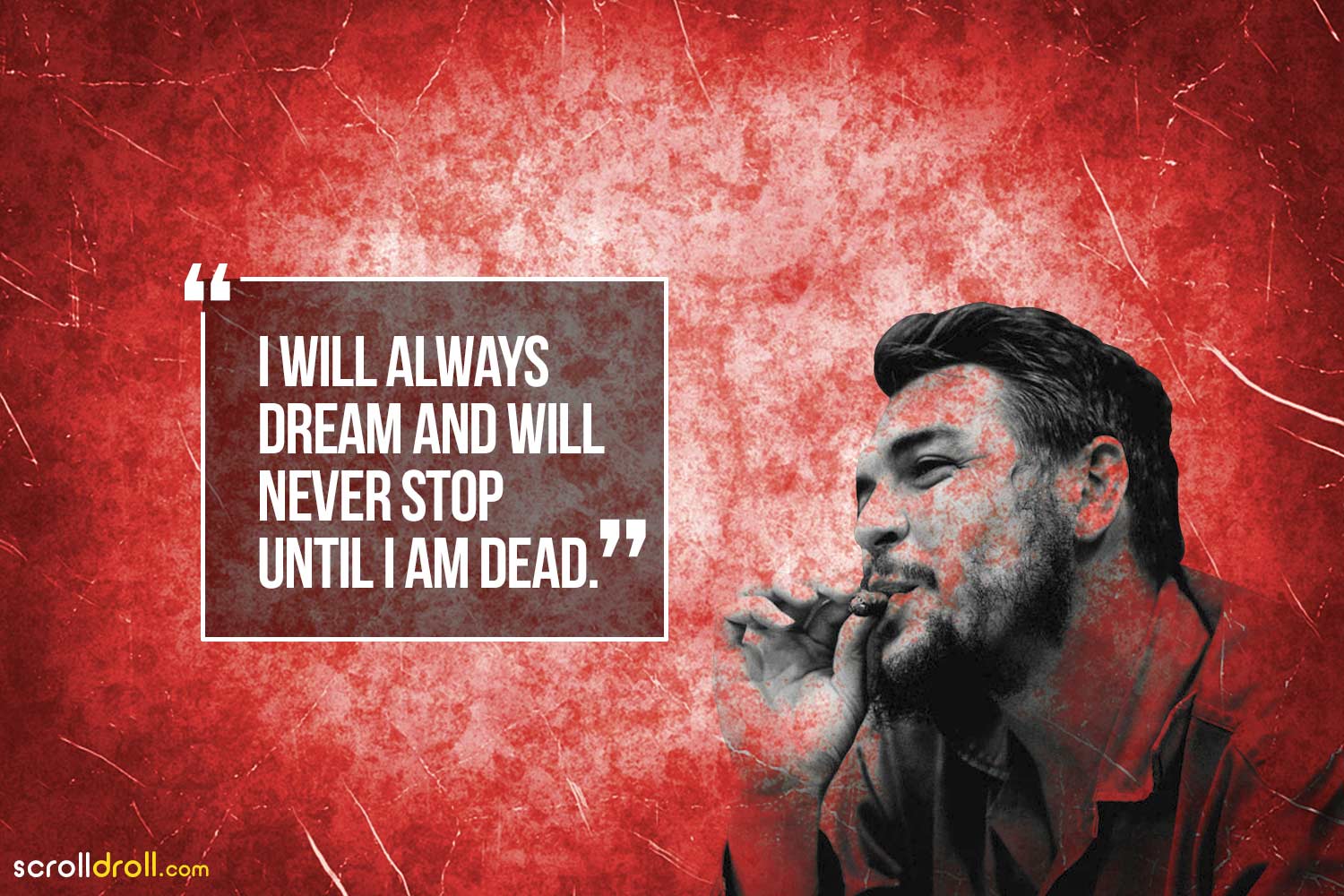 Always alive in hearts of thousands of dreamers…

5. “The life of a single human being is worth more than all property of the richest man on earth.” – Che Guevara 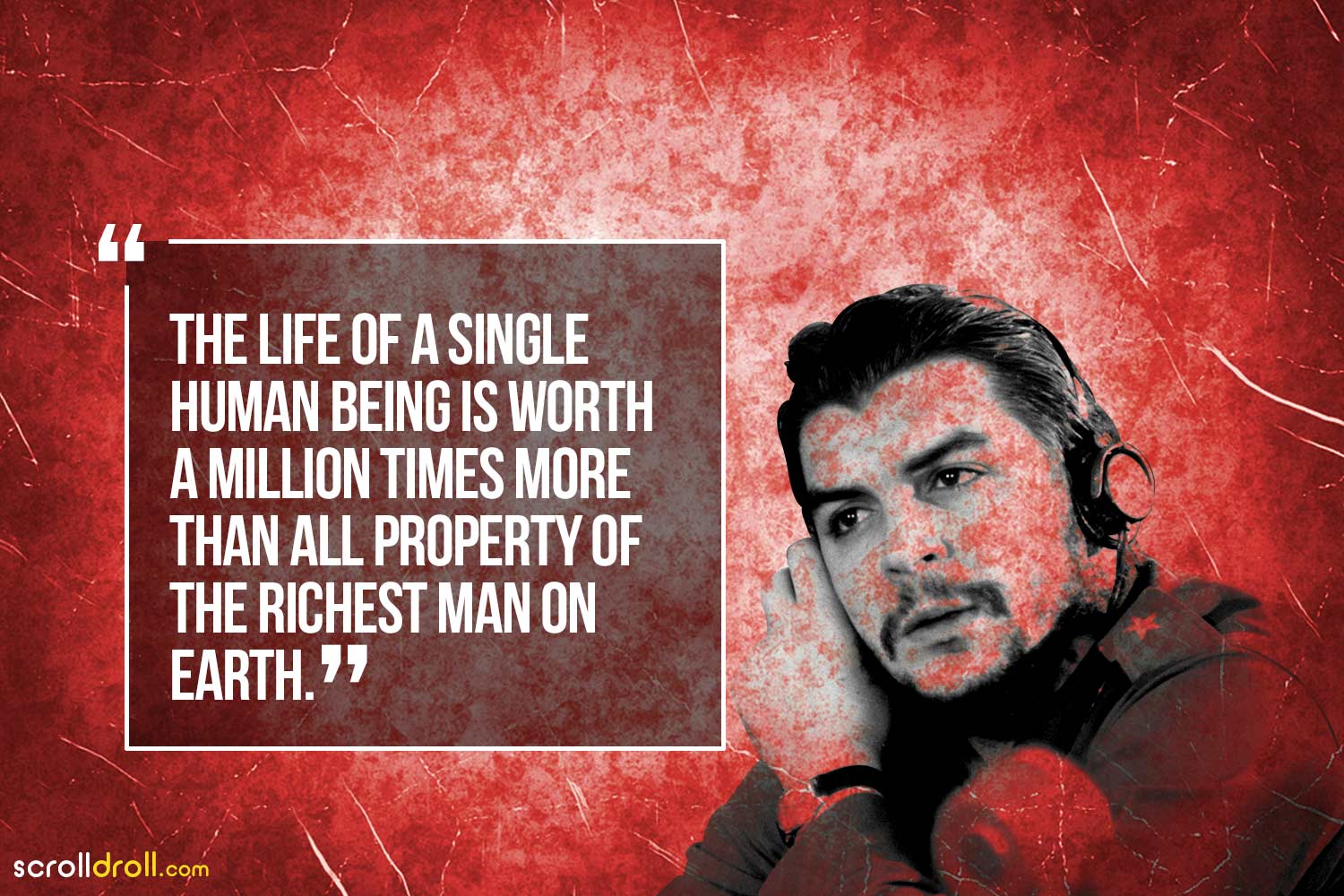 When you’re involved in mankind, ANY man’s death will diminish you…

6. “If you become furious with every injustice, then you are my friend.” – Che Guevara 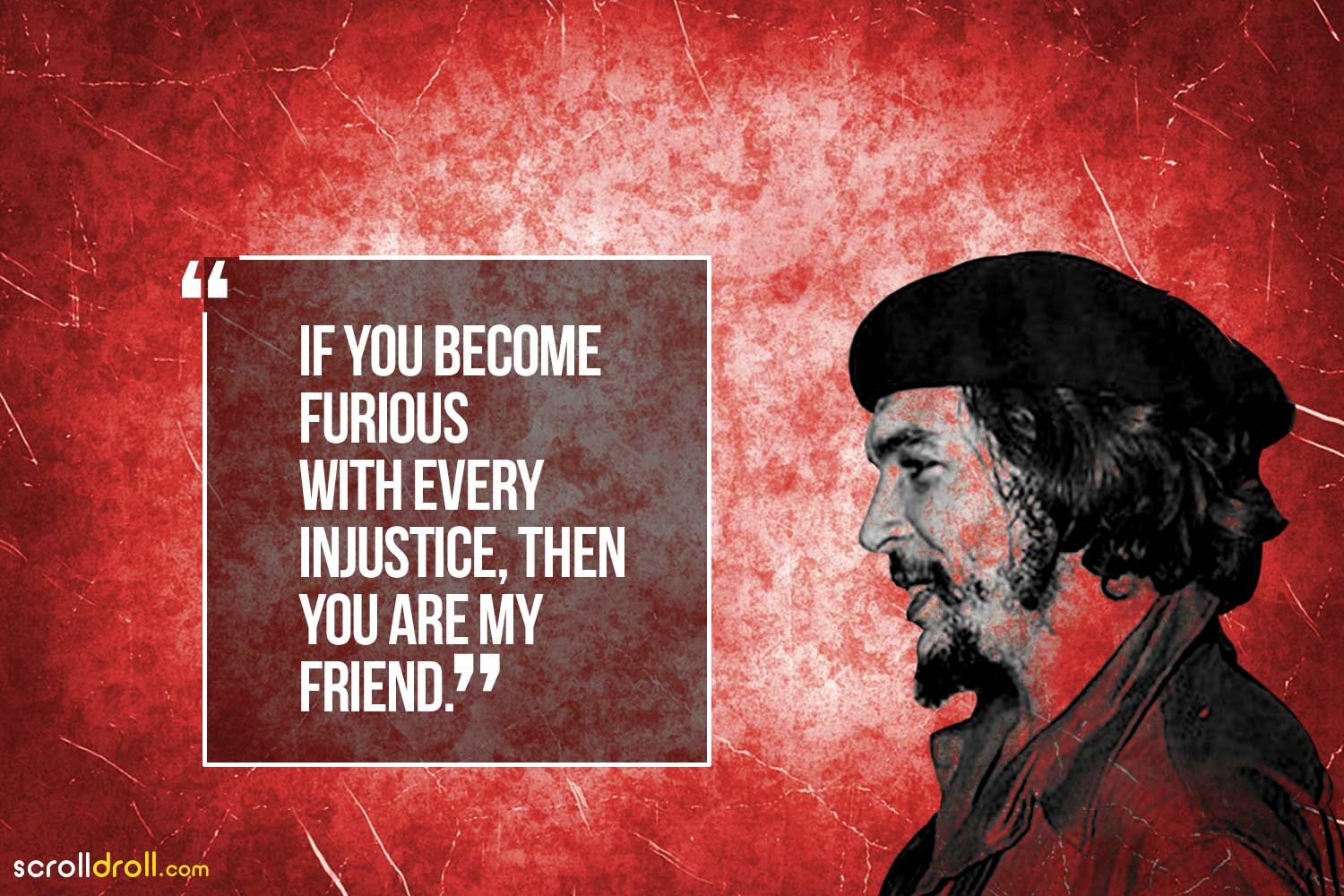 Hence, beware the anger of a common man

7. “If I lose, it will not mean that it was impossible to win.” – Che Guevara 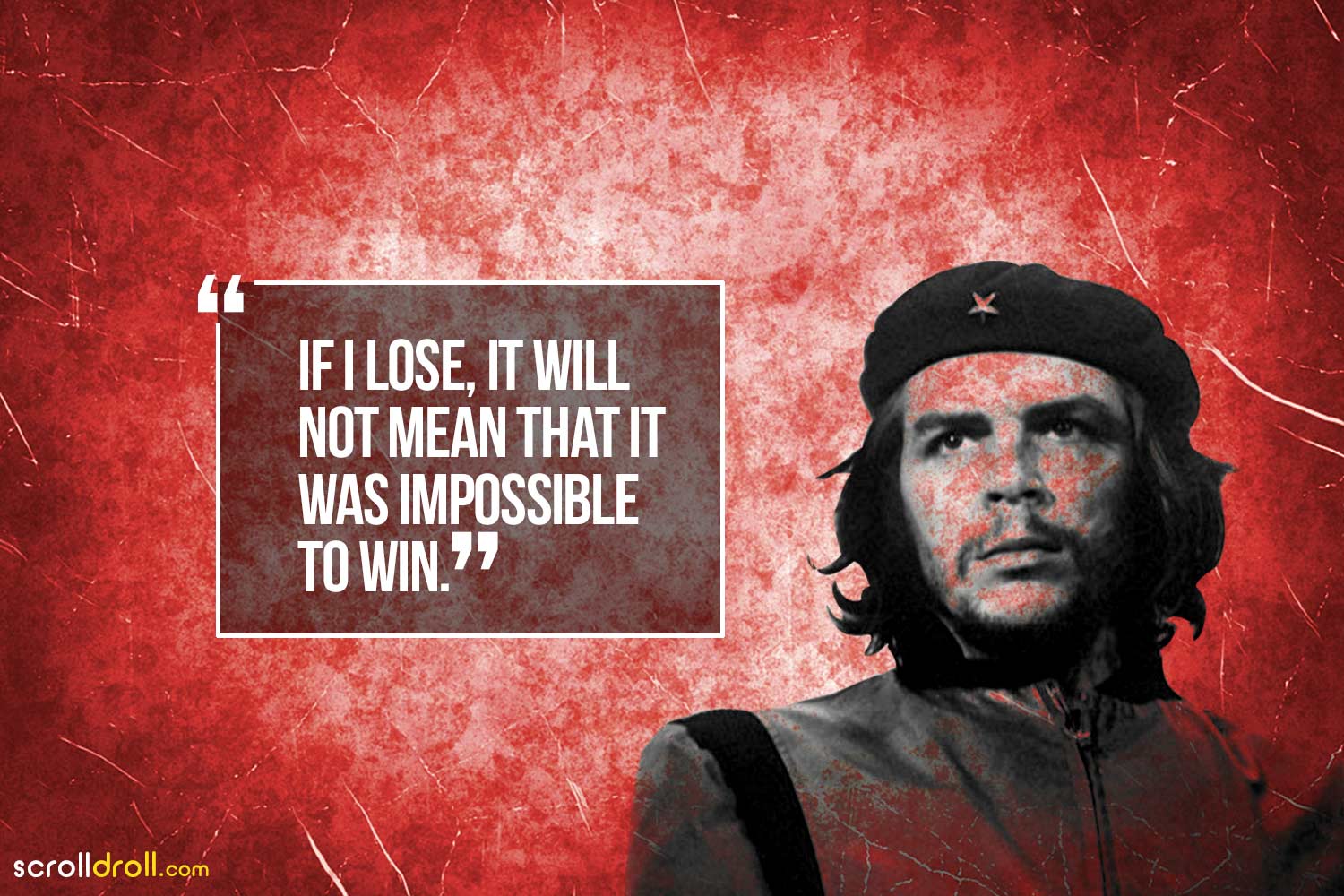 8. “The revolution is not an apple that falls when it is ripe. You have to make it fall.” – Che Guevara 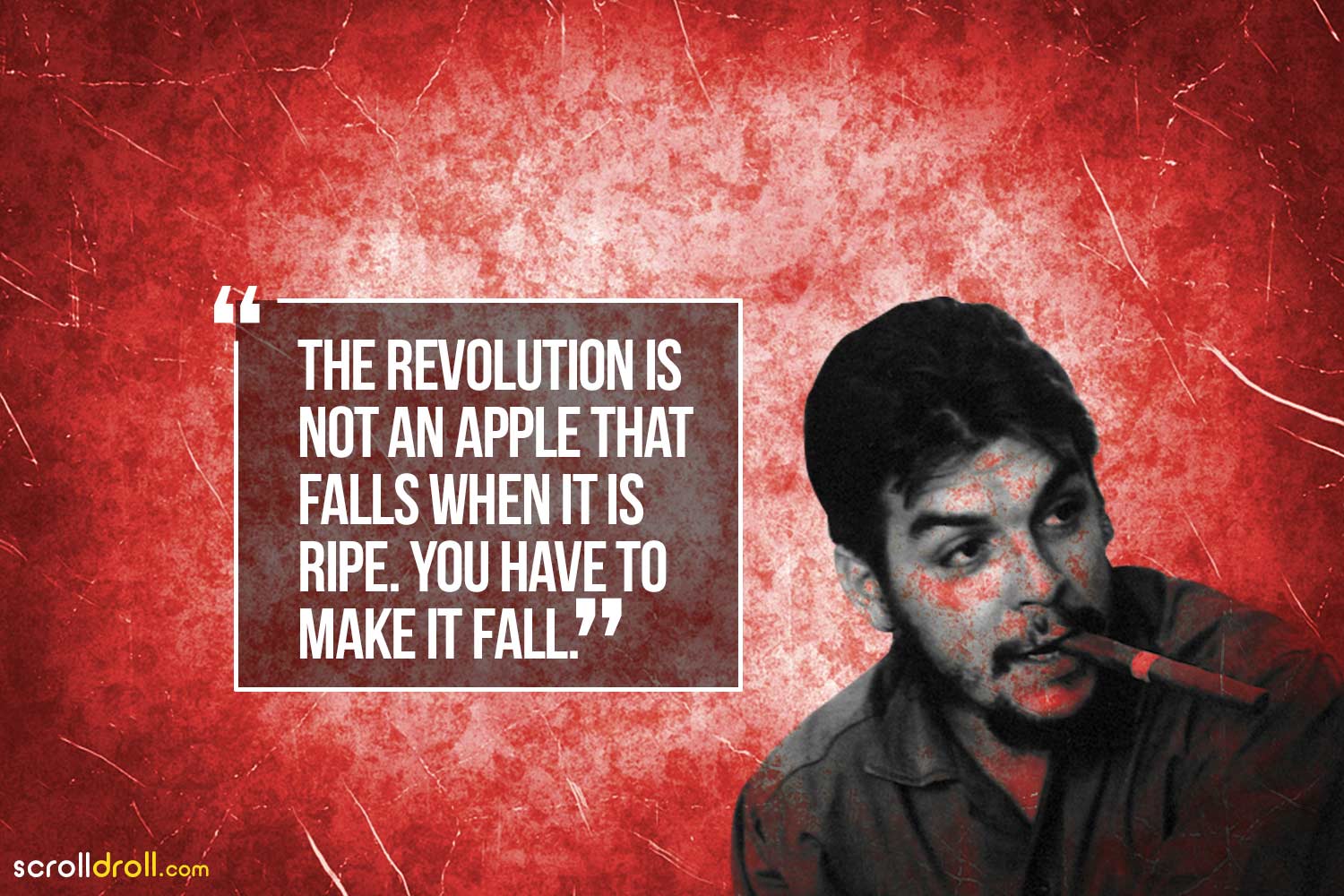 9. “Every day people straighten up the hair, why not the heart.” – Che Guevara 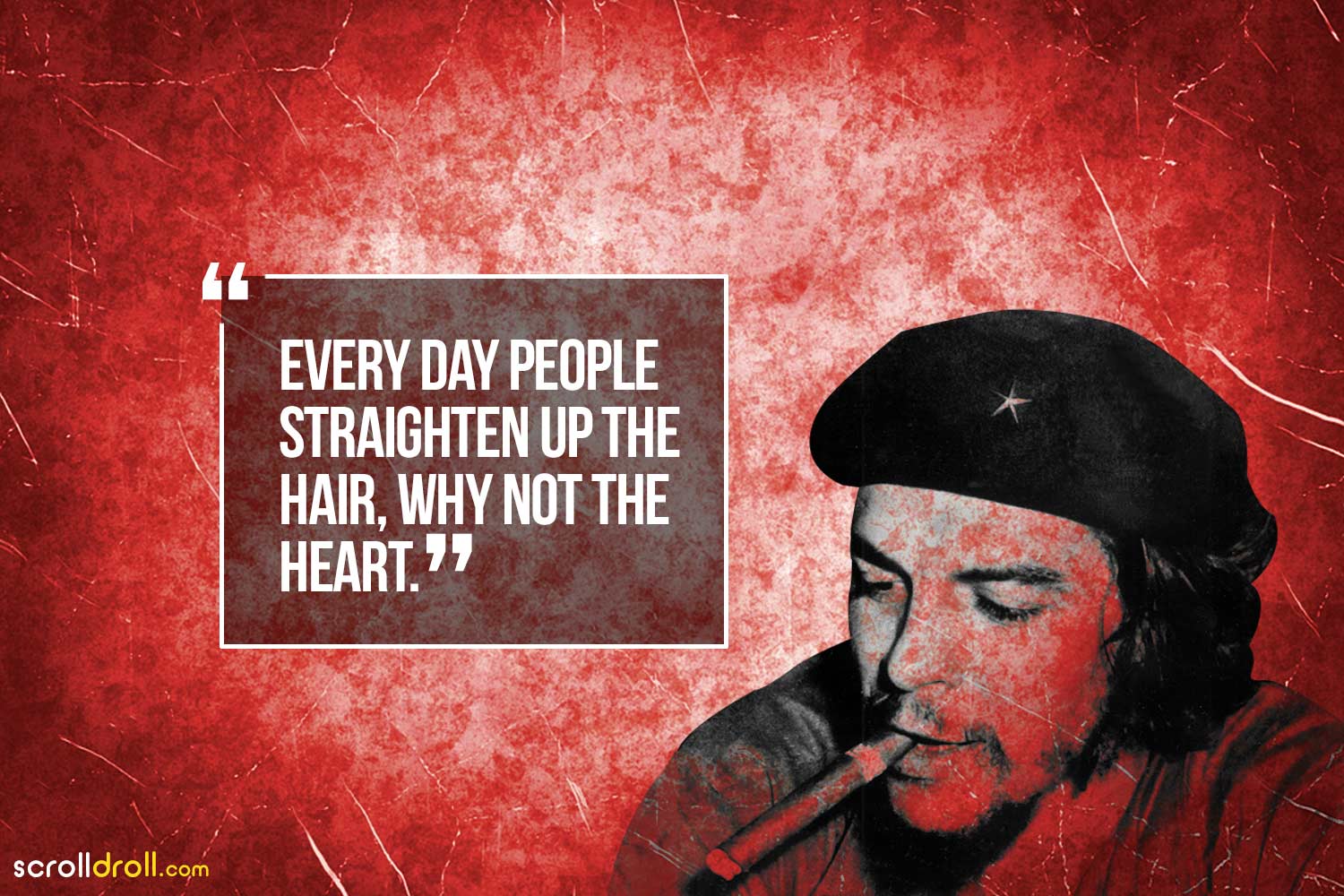 10. “Better to die standing, than to live on your knees.” – Che Guevara 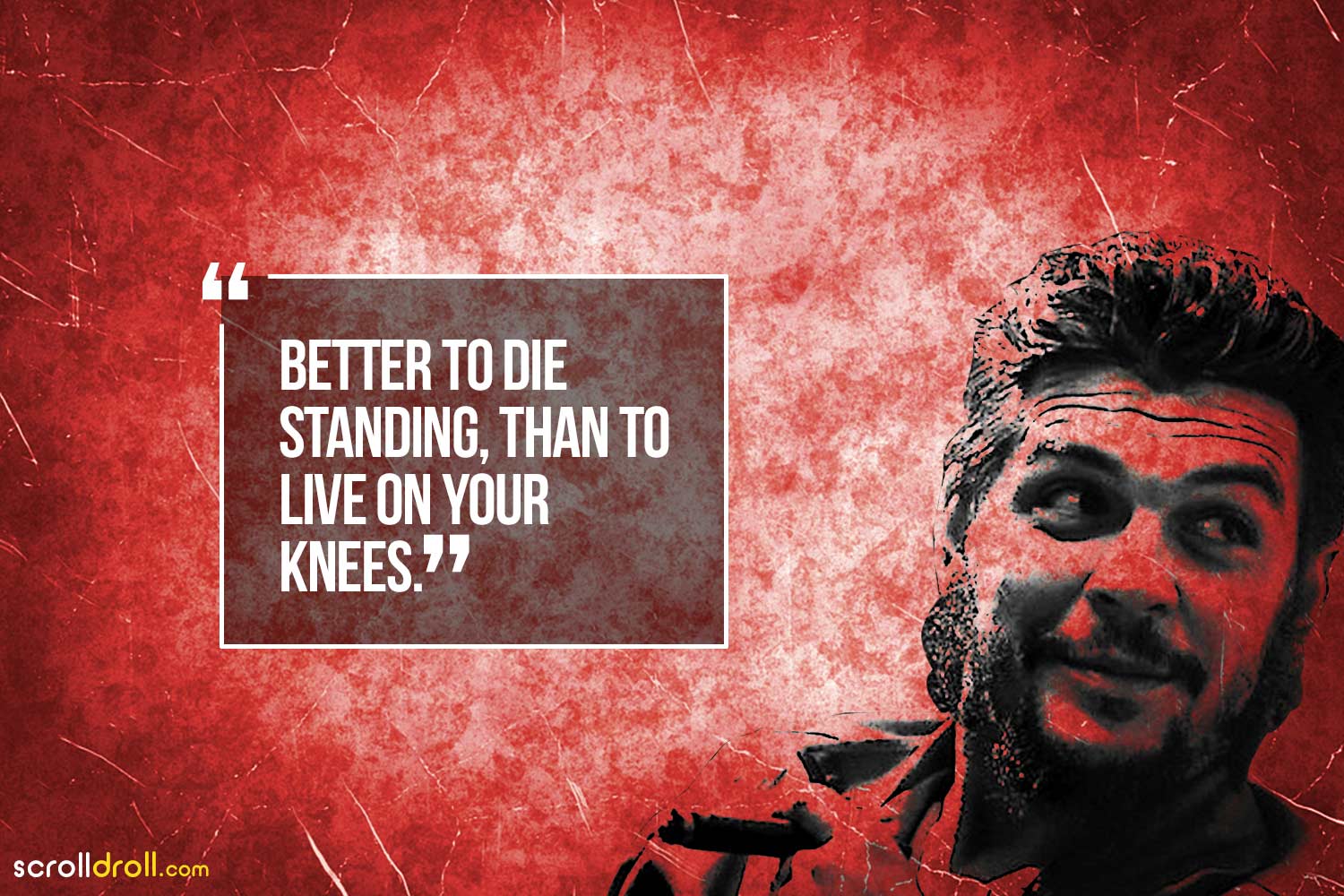 Even the last words of Che Guevera when Sergeant Terán from Bolivian Special Forces came to shoot and execute him told a lot about the guerrilla leader.

The last words of Che Guevera… 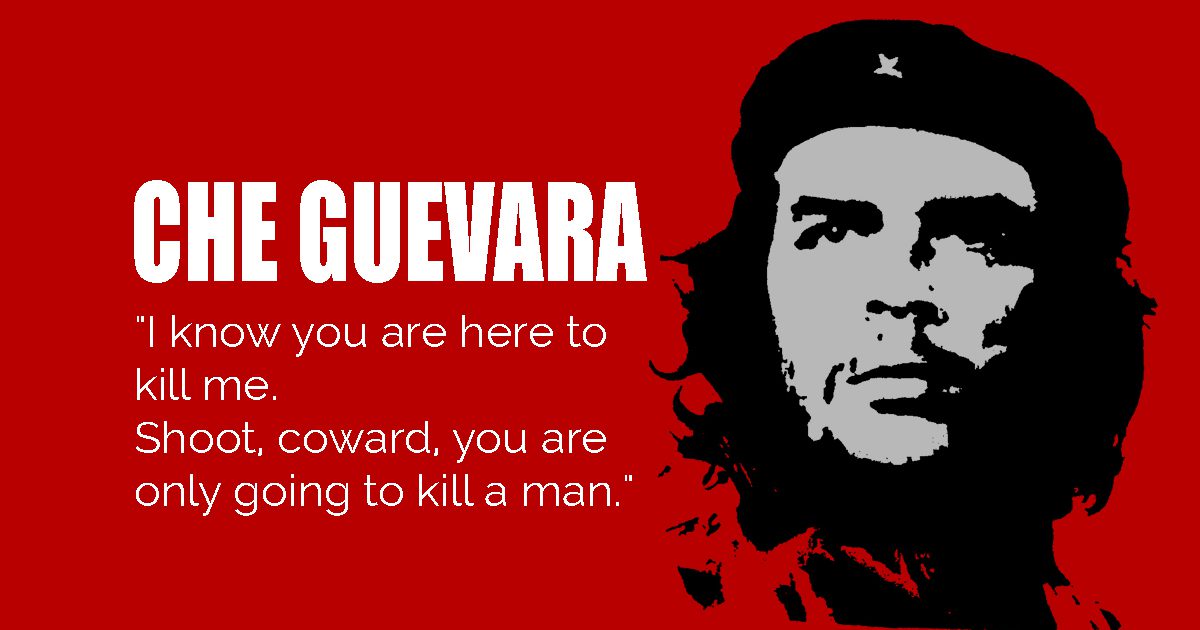 In an environment where people were oppressed and powerless, he projected strength making
himself appealing. He could resonate with people, even today. As they say, as long there is
unrest and injustice, Che Guevara will always have a place and be the face of revolution. Hope
you liked it, do share with us what are your views on Che Guevara’s methods for justice in the
comments below.

20 Facts About Nawazuddin Siddiqui That Show His Fantastic Journey