Romantic Tamil movies are all so unique from each other. Their stories are fresh and they avoid being cliched and repetitive. The wide range of themes and the diverse plots are what define romantic Tamil movies. Even Tamil actors are such a talented bunch. Be it the Aravind Swami, or Dhanush, or R. Madhavan, or Shalini, or Trisha, even Manisha Koirala! Some of the best and most memorable Bollywood romantic movies are remakes of these beautiful romantic Tamil movies. From Rehna Hai Tere Dil Mein to Saathiya, the Tamils did it first. Interestingly, more than half of the movies in this list have been remade in Hindi.

In this list, we will explore some of the best romantic Tamil movies of all time that are worth a watch. 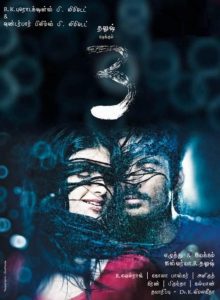 A Mani Ratnam classic, this movie is a saga of love and sacrifice in the midst of communal violence. A Hindu man and a Muslim woman get married against the wishes of their parents. They move to the then Bombay in search of a peaceful life and subsequently build a family. Unfortunately, they find themselves in the puddle of the 1994 Hindu-Muslim riots. This movie is a poignant representation of communalism and above all, a story of love. The music (created by A.R. Rahman) is extremely heart-touching, especially the theme music that is simply timeless. 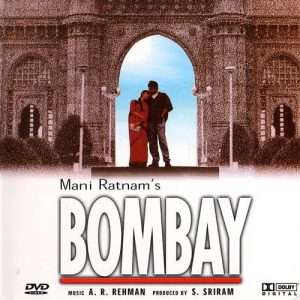 This 2002 movie about unrequited love follows the lives of a bunch of youngsters and their way of dealing with the complexities of love. There is a series of proposals and rejections throughout the movie as the characters struggle to find love. Although the climax of the movie is a bit problematic and underwhelming, overall, this is a fun watch. 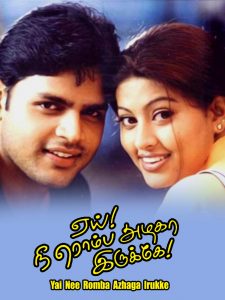 This innocent and heart-warming story is of a lonely school teacher who decides to rescue and take care of a woman who is suffering from retrograde amnesia after an accident. Sridevi gives the performance of a lifetime as Viji and Kamal Hassan simply shines as Srinivas. This movie is so pure and lovable that it will leave you wailing at the end. The last scene is one hell of a tear-jerker. This movie was re-released in Hindi as Sadma (1983). 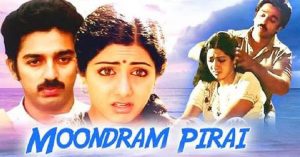 I am the only person who is singing the song Roja Janeman right now? This 1992 romantic thriller movie shows the love story between Roja, a simple village girl, and Rishi. Their love slowly blossoms after their marriage. When Rishi is abducted by militants in Kashmir, Roja desperately tries all in her power to bring him back safe. This movie is considered one of the most romantic Tamil movies ever made. 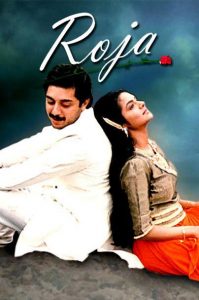 If you loved the movie Saathiya starring Vivek Oberoi and Rani Mukherjee, you will surely love this Tamil original. A creation of Mani Ratnam and the music of A.R. Rahman, can there be a better combination? Two lovers are hit with the reality of life and marriage as they realize that everything is not as pink and bright as it seems to be. 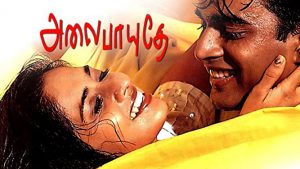 What could go wrong if you fall in love with the neighbor’s daughter? Kadhir, a good-for-nothing guy, falls hopelessly in love with Anita, his new neighbor. Anita transforms his life by making him a responsible person and helping him get a job. When things seem to be going smoothly and they run away from home, suddenly misfortune hits them. Don’t worry, I won’t give any spoilers. This movie is one of the most emotionally engaging romantic Tamil movies ever made. 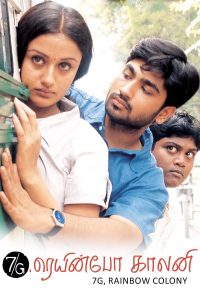 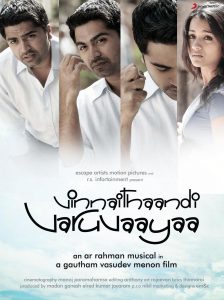 Like most other Mani Ratnam movies on this list, Mouna Ragam also has a unique story. Divya is troubled with the death of her lover Manohar. Even before she could come out of the trauma, she is forced into a marriage with Chandrakumar. Unable to get over her past and picture a future with her husband, Divya demands a divorce. It was remade in Hindi in 1992 as Kasak. 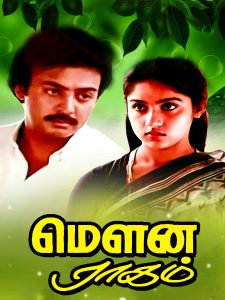 Remember Radhe from Tere Naam? Vikram had already immortalized the character as Sethu 4 years before Salman Khan did it. The violent and impulsive Sethu falls in love with a shy and quiet girl named Abitha. There is a change in his character as he tries to become a better person. But his life is turned upside down when Sethu encounters an almost fatal brain injury. This is a sad, sad story. 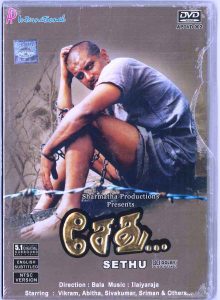 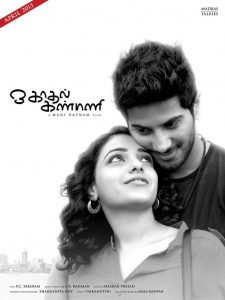 This Prabhu Deva movie was dubbed and re-released in Hindi as Sapnay (the movie with songs like Chanda re and Awara Bhanware). Just listen to the original Tamil song behind Chanda re- Vennilevae. If this isn’t the most romantic Tamil song ever made then what is? It is a love triangle between Priya, Thomas, and Thomas’ friend Deva (who was actually trying to woo Priya for Thomas). 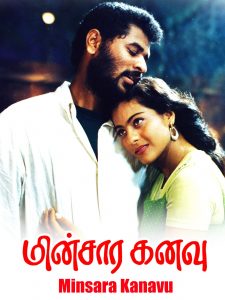 The best for the last, eh? Rajesh falls in love with a girl named Reena in a scene that is so very beautiful that it has been etched in my mind. But later he finds out that Reena’s marriage has already been fixed with a man named Rajiv from America. Rajesh decides to pose as Rajiv and woo Reena. Things get complicated when the real Rajiv comes into the picture. Turns out, he is Rajesh’s nemesis, Sam, from college days. This movie was remade in Hindi as Rehna Hai Tere Dil Mein. The music, iconic. The story, entertaining. The romance, c’mon this movie has the song Vaseegara (the original song behind Zara Zara) in it! Enough said. 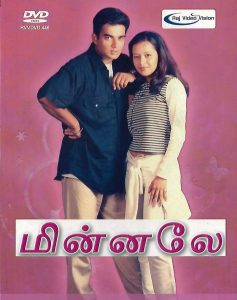 Special shoutout to the Tamil music composers for creating such timeless masterpieces. If not for the story, these romantic Tamil movies are still fresh in our minds because of their music. The majority of movies in this list have been directed by Mani Ratnam and the music is by A. R. Rahman.