The 15 Tallest Buildings In India And Their Respective Heights

Gone are the days when one had to make a quick visit to New York to see some skyscrapers. Mumbai alone has over 6000 skyscrapers, with the tallest of them over 300 metres tall. These buildings are often ultra-luxurious places of residence, offering their occupants a bevy of amenities to sweeten the deal – because trust us, none of these apartments come cheap. Here are the 15 tallest buildings in India and their respective heights.

With a height of 320 metres, Palais Royale, located in Worli, Mumbai, is the tallest building in India. Made at an astounding cost of 3000 crore rupees, Palais Royale has a total of 88 floors. Because of an ongoing legal battle between the builders and a number of NGOs, the project has had several setbacks and hasn’t been completed yet. 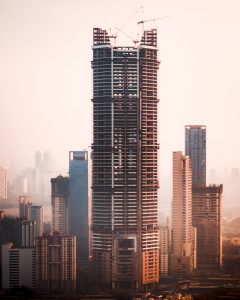 Located at Lower Parel in Mumbai, World One is the tallest completed building in India. Developed by notable real estate company Lodha Group, the World One has 76 floors above ground and 2 below ground. It was made at a cost of $321 million (~ over 2300 crore rupees). The building was first planned to be 441 metres tall, but builders were unable to secure approval from the Airports Authority of India. 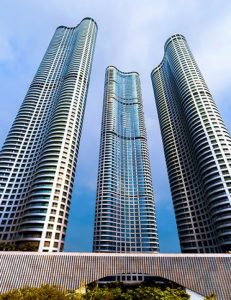 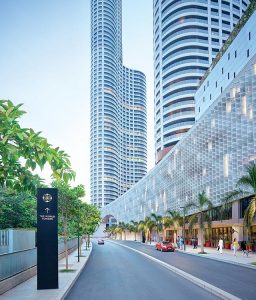 Sprawled over an area of 17.5 acres, The Park is a luxury residential area in Worli made at the cost of over 2800 crore rupees by the Lodha group. It consists of five towers, all of which are 268 metres tall. The towers consist of 78 floors each and house hotels, entertainment hubs, malls as well as residential projects. The park also houses the Trump Tower, which was made after the Lodha group signed a deal with Donald Trump’s Trump organization. 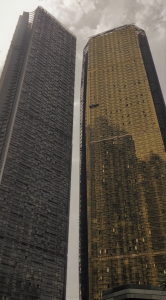 Located near Mumbai Central Railway Station, Nathani Heights is one of the tallest buildings in India with a height of 262 metres. The tower has 72 floors, with a direct view of the Arabian Sea and the Mahalaxmi Racecourse. 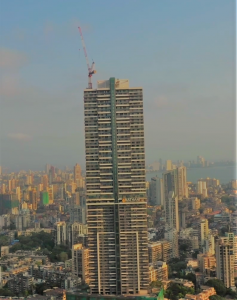 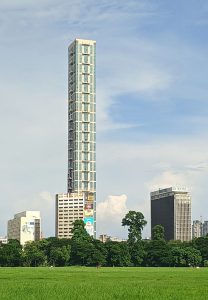 Located in Mumbai, Three Sixty West is a supertall skyscraper that consists of two towers, Tower A and Tower B, with the latter being the taller one. Once completed, Tower B will rise to an astounding height of 361 metre, but now stands at 260 metres. Of the two towers, Tower B is the one with private residences. 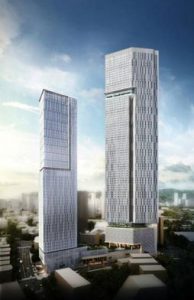 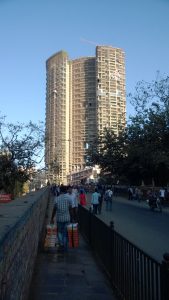 The Imperial consists of two modernist style ultra-luxurious towers in the billionaire row of Mumbai. With 60 floors each, the towers are home to some of the richest people in the country. 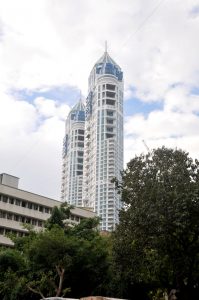 The shorter of the two towers in Three Sixty West, Tower A is a hotel consisting of 52 floors. 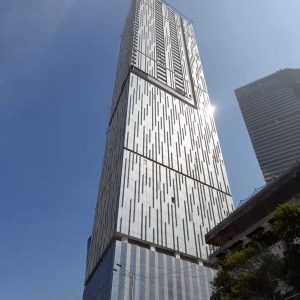 Located at Prabhadevi in Mumbai, Ahuja Towers, with a height of 250 metres and a total of 53 storeys, is one of the tallest buildings in India. 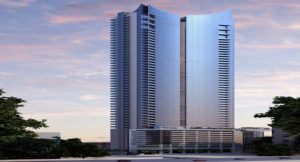 Located at Parel in Mumbai and developed by L&T builders, Crescent Bay is an ultra luxurious gated community consisting of six towers, of which Tower 6 is the tallest. The towers are loaded with amenities, with some of the most influential people in the city living in them. 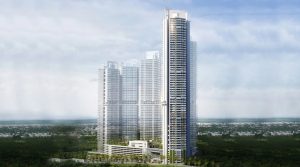 Auris Serenity consists of three towers, with towers 1 & 2 being taller at 235 metres. Located at Malad, Auris Serenity comes with many amenities for its inhabitants, providing them with a premium experience.

Located at Dadar in Mumbai, Two ICC consist of twin towers that offer luxurious living to occupants. At 223 metres, Two ICC towers are two of the tallest buildings in India.

Though shorter than Tower 6, Crescent Bay Tower 5 is still one of the tallest buildings in India at 222.5 metres. 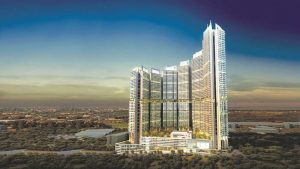