Vinayak Damodar Savarkar or Veer Savarkar, the Indian revolutionary, was an eminent propagator of the idea of a Hindu nation. His ideas of rationality, atheism, social reform, and the formulation of the Hindutva philosophy are some of his greatest contributions to our country. During his stay in London as a student of law, he took part in various revolutionary activities which ultimately led to his arrest in 1911. During his rather torturous stay in the Cellular Jail, he worked upon his philosophy and ideas. His coinage of the term ‘Hindutva’ in his book Hindutva: Who Is a Hindu? (1923), set out to form the definition of a Hindu nationalist ideology as an integral part of the Indian cultural system. He was a prominent figure of the Hindu Mahasabha, having held the position of the president of the said society for 7 long years. Here’s a list of some of the best Veer Savarkar quotes about philosophy, religion, and the idea of a nation.

1. Untouchability is the curse that shadowed and darkened the history of our nation. Rightly so, nothing can justify the practice of untouchability. 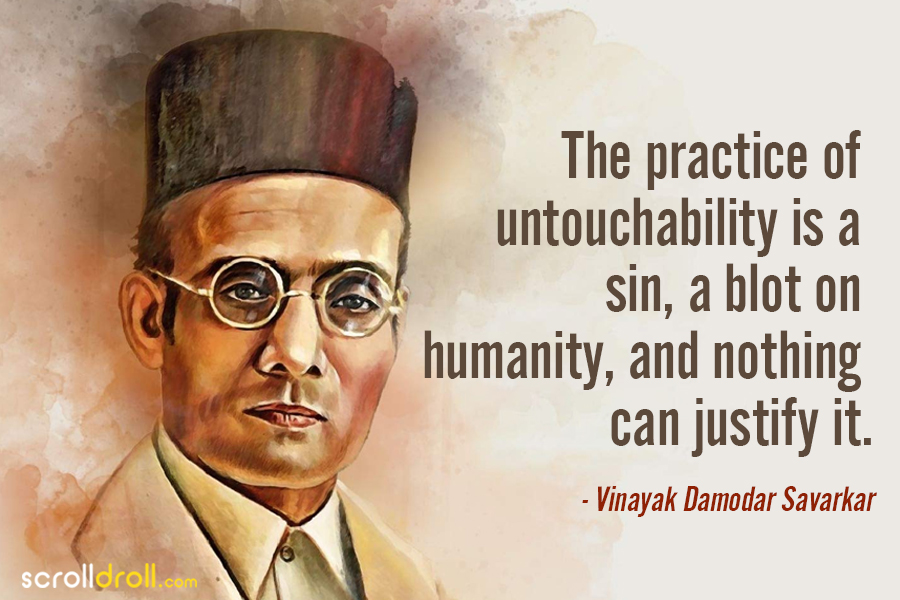 2. A Hindu, as defined by Savarkar. 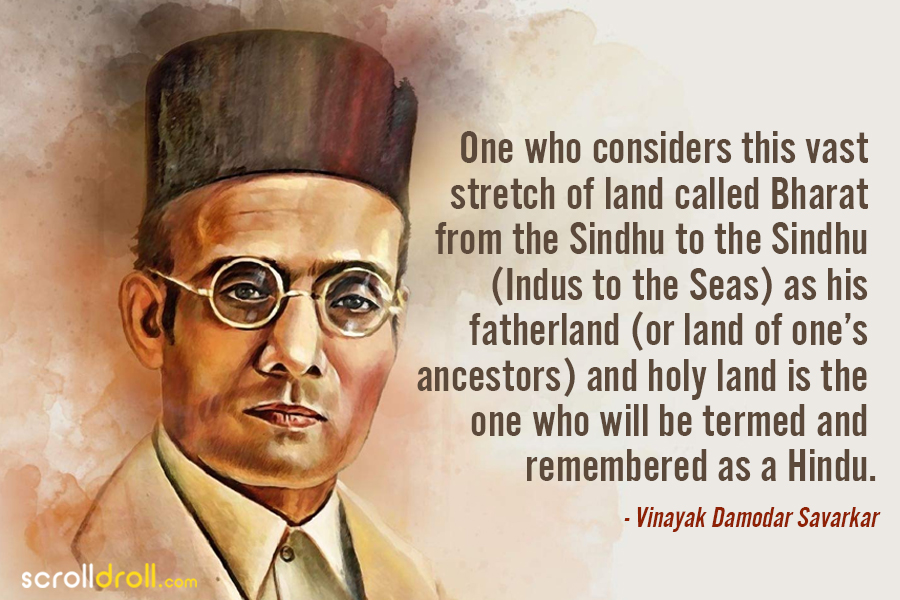 3. Sanskrit is the language of our glorious and intellectual past, it can also be the light guiding us towards our future. 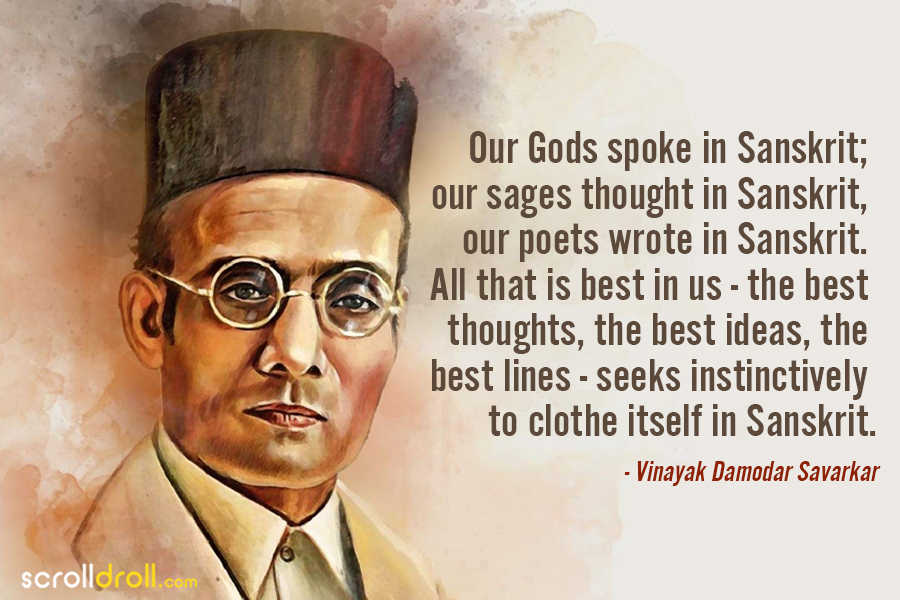 4. A sense of belongingness in Hindutva as a philosophy and not just a religion was established by this great man. 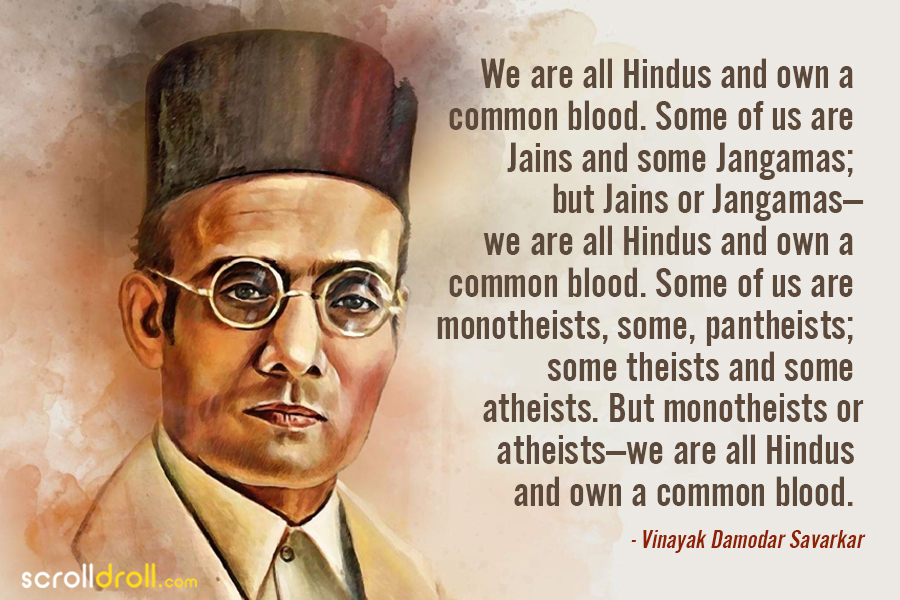 5. A unification of all the religions under the umbrella of a common socio-historical background. 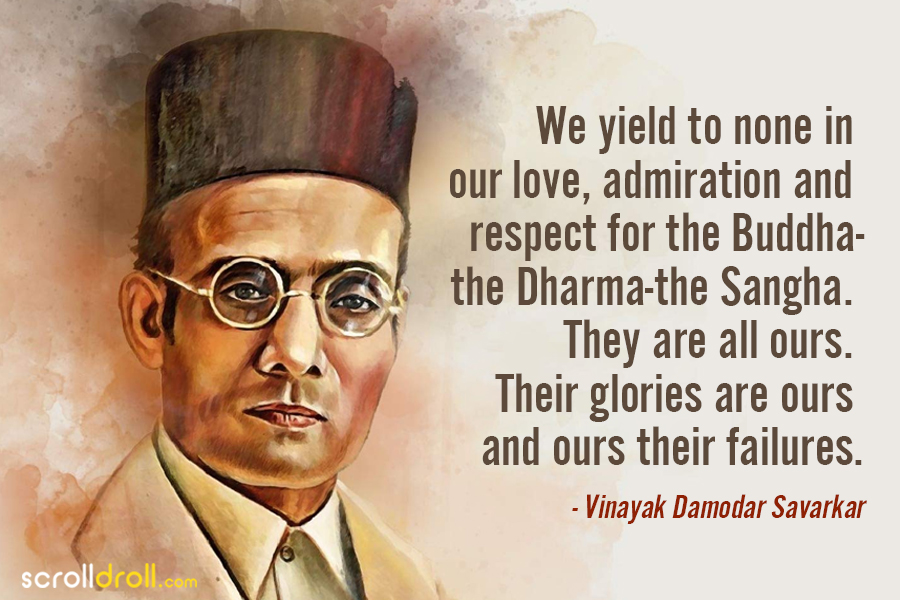 6. His bold words reeked of the rightist ideology. 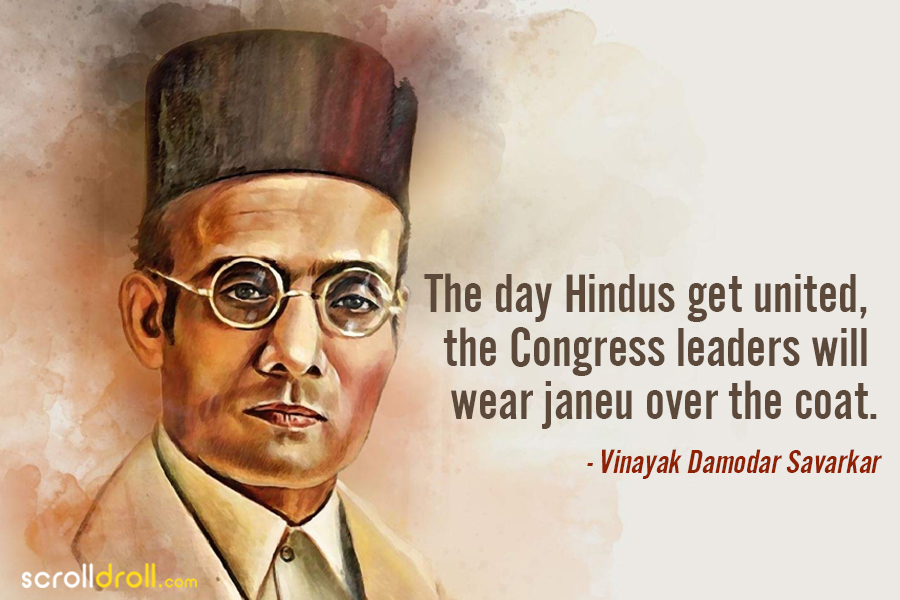 7. A man born in the land of Maharastra, Savarkar invocates the great Shivaji for help. 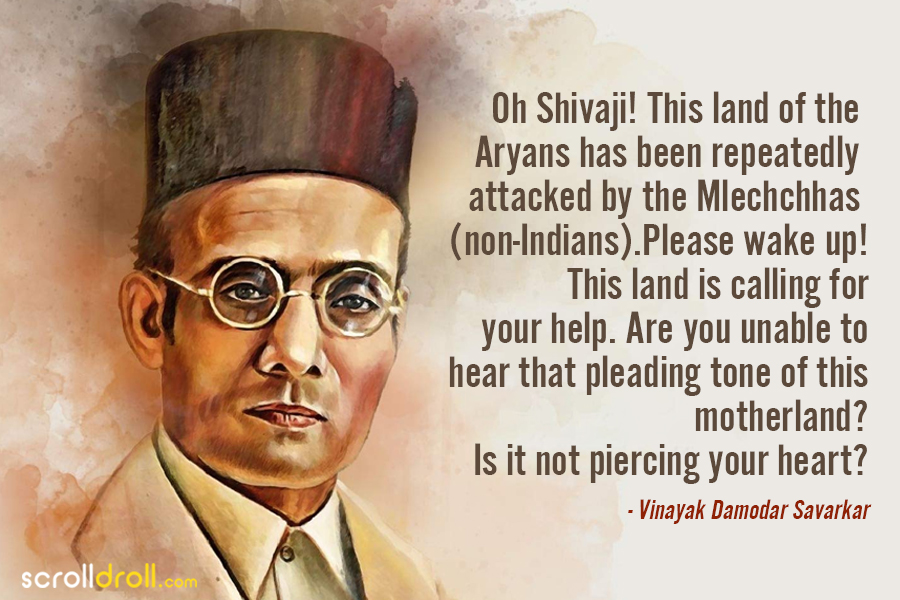 8. The crippling caste system is brutally attacked in this Veer Savarkar quote. 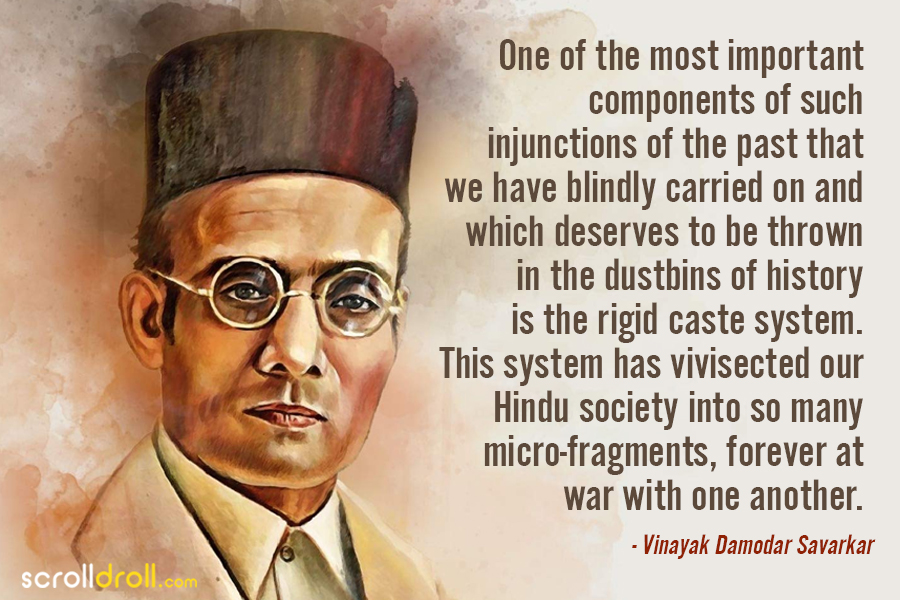 9. His views about the conversion of Hindus to other religions and the lack of a reverse trend are expressed in this quote. 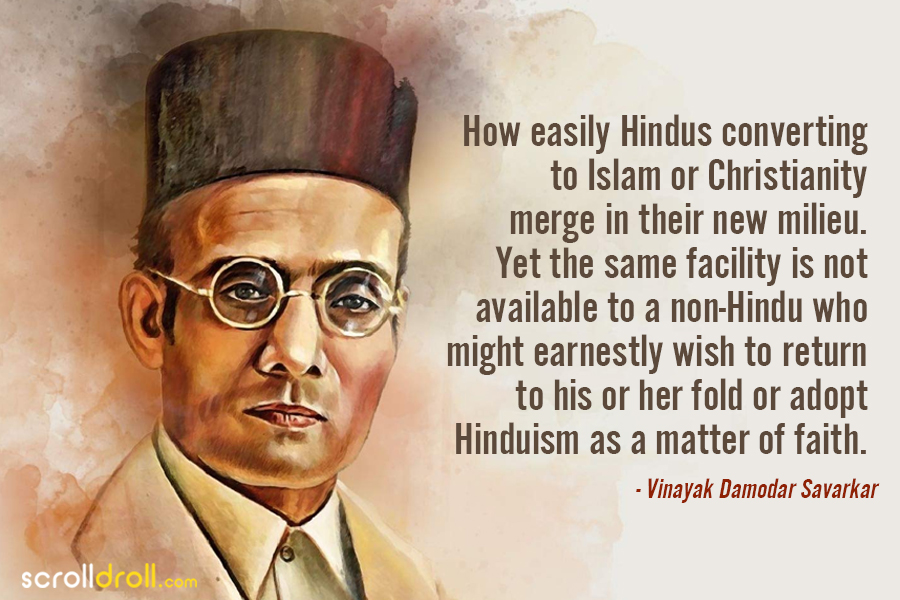 10. His views about a unified race are expressed in this quote. 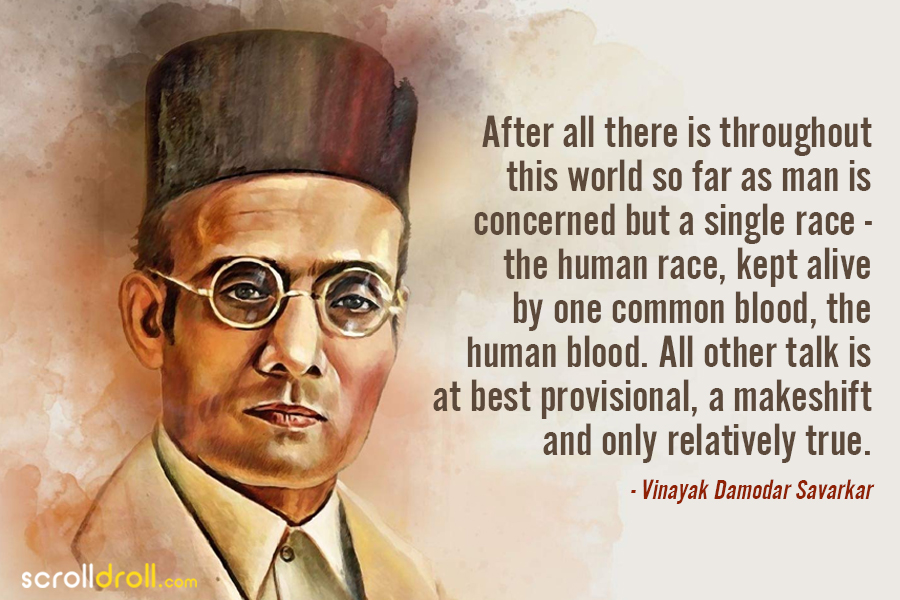 11. Hindutva is not something that one can lose, it is an inherent philosophy. 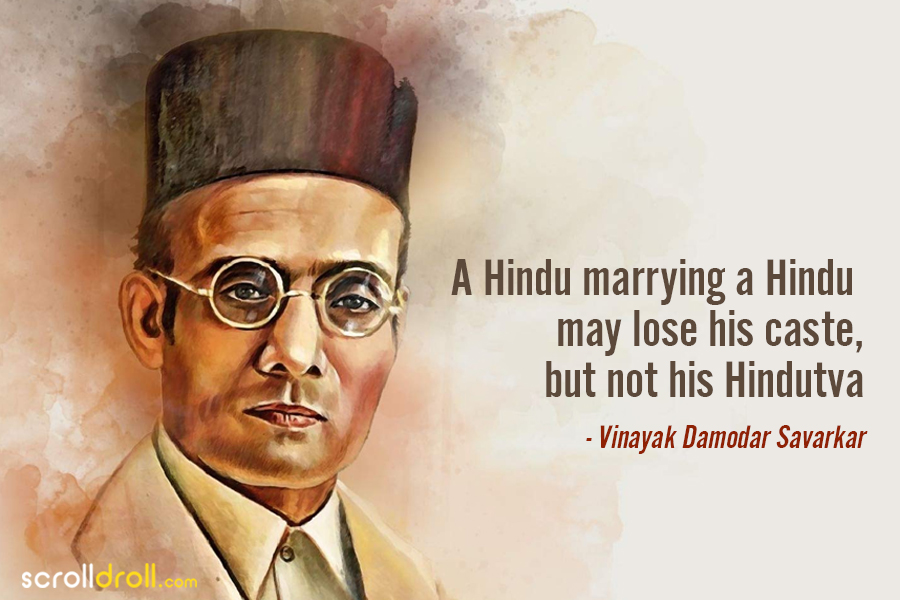 12. His idea of nationalism rested on the unification of an already divided India. 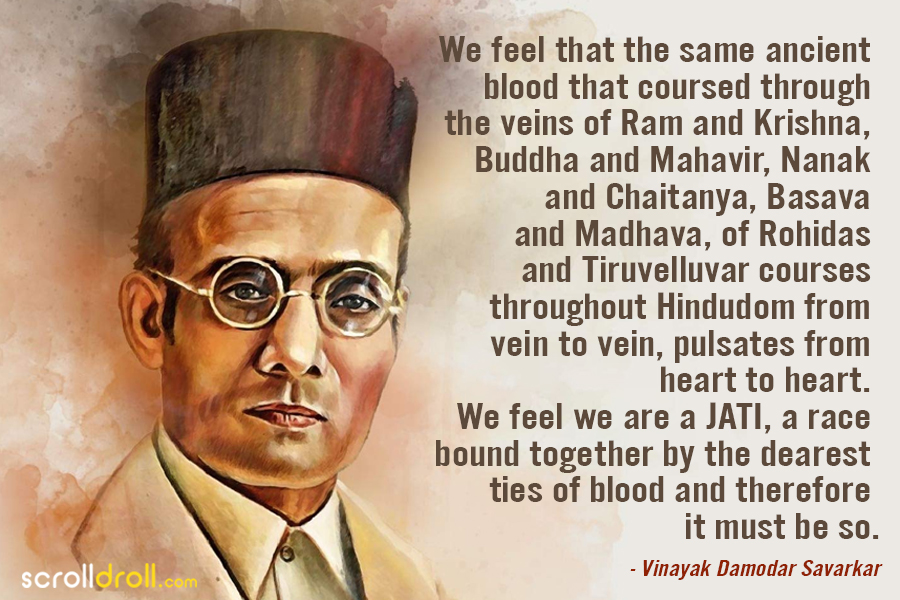 13. Doubt and difference often come in the way of integration. But once we overcome them, we will be united. 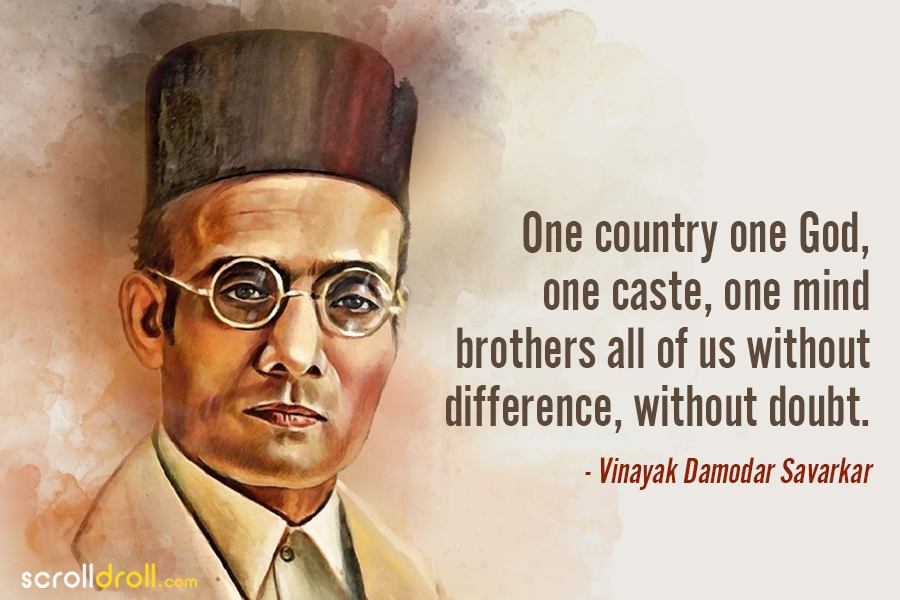 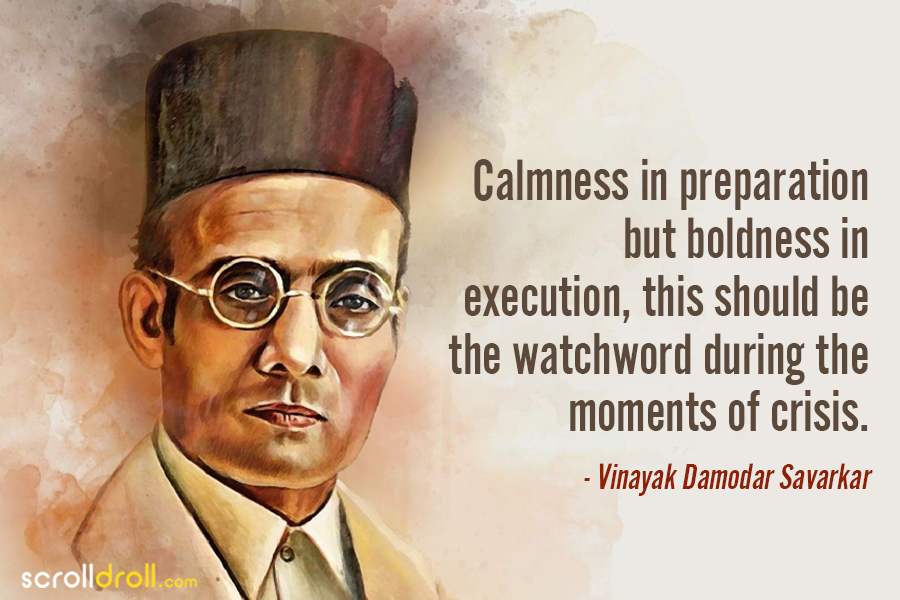 15. Love for one’s nation had never been so real! 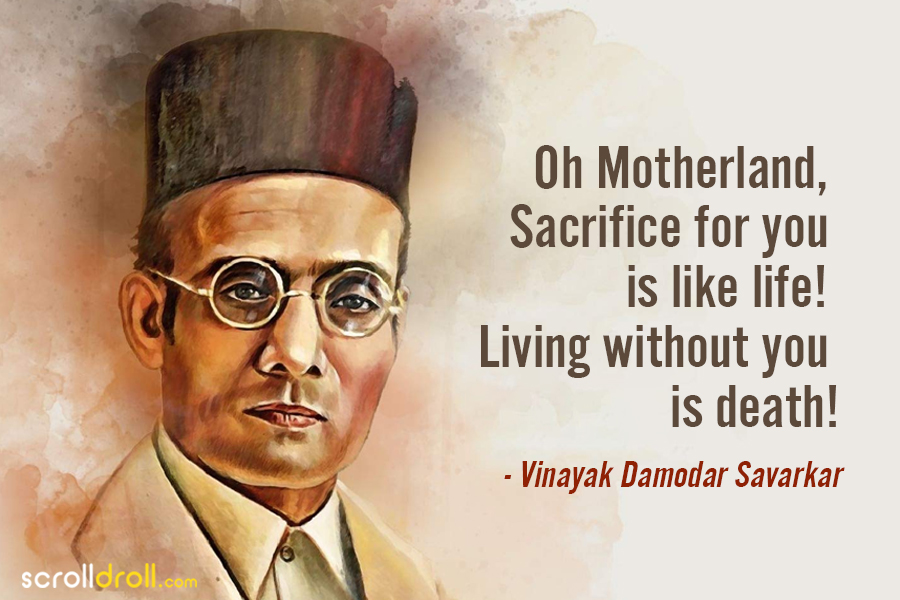 16. These lines briefly sum up the objective of his life. 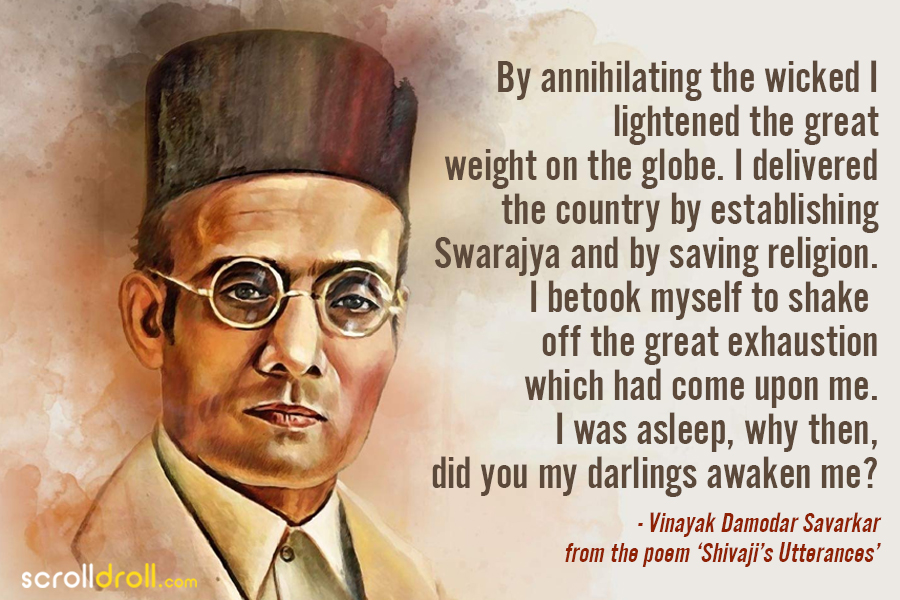 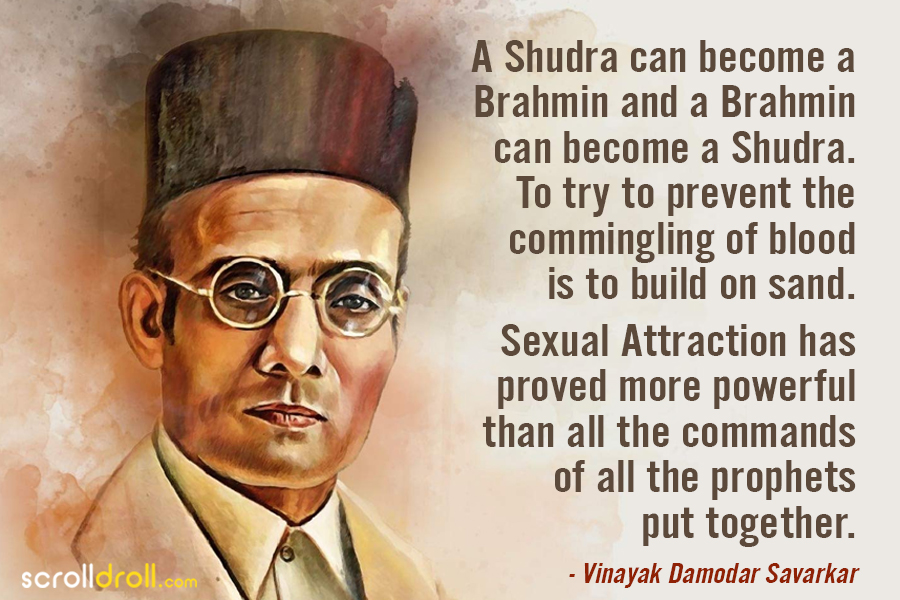 Did any of these quotes change the way you look at the concept of religion? They surely did for me. The intensity and interpretation may vary from person to person. But one thing cannot be ignored, the words of a revolutionary always carry power.

Which of these Veer Savarkar quotes hit you the most? Do let me know in the comments section.