3 nights 4 days trip to a detox getaway to Balipara, Assam

Balipara in Assam’s Sonitpur district is a pristine gem masked by the lush greenery and tucked deep in the heart of the Assamese countryside. Recently, I had the pleasure of staying at the Wild Mahseer discovered through Plushescapes, but my words would never be able to capture the essence of this North-eastern paradise. I boarded a Guwahati-bound flight from the IGI Airport in Delhi, 2 and a half hours later, the flight touched down at the Lokpriya Gopinath Bordoloi International Airport in Guwahati. A beautiful 4 hours’ drive through the undulating landscape of Assam’s lush green tea estates and dense forests led me to the heart of Balipara, where the resort stands, and it effortlessly blends in the wilderness. 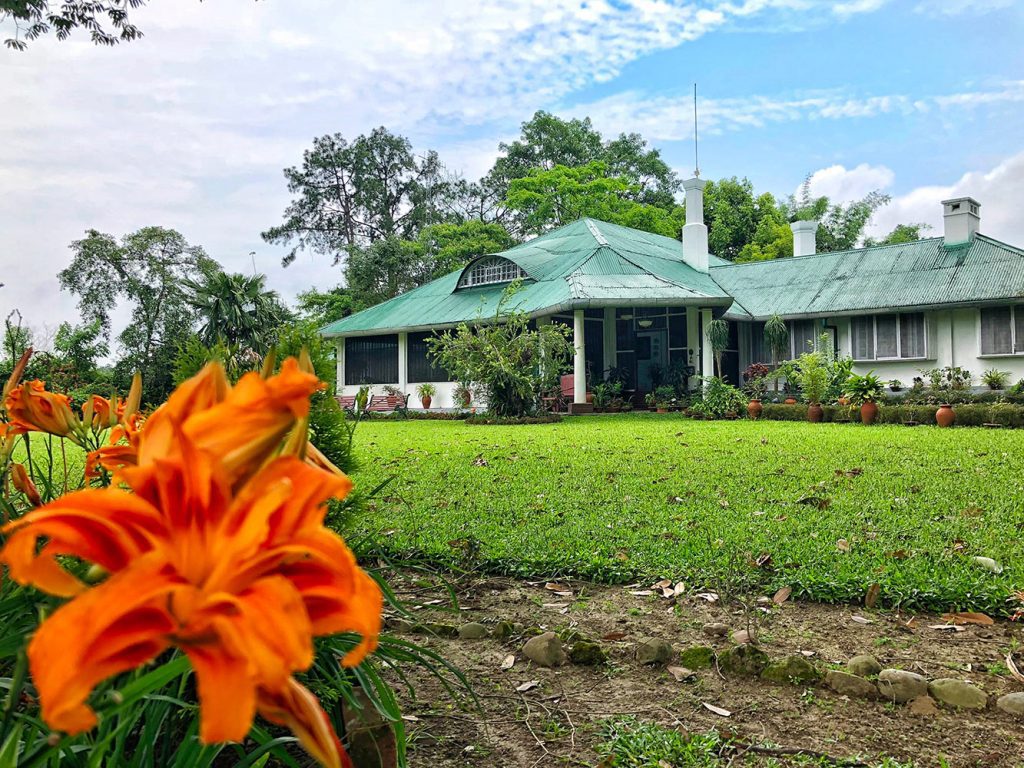 On my first trip to Assam, the Wild Mahseer hosted me for 3 nights and 4 days. It was an other-worldly experience, which took me out of our dimension, space and time.

The folks at Wild Masheer welcomed us very warmly. The first cup of tea was magic, the Assamese tea that I was served was an experience like no other.
After a couple of hours of resting and chilling in the bungalow, we were served dinner at the dining area called The First Flush. The food was one of the best things here, and I could not help but cheat my diet regime, during all meals. I regret nothing, and I can have an extra workout session to shed the extra weight that I might have gained here.

The following day, we were taken to Nameri National Park after a nice and heavy breakfast.

Nameri lies in the foothills of the Eastern Himalayas. It’s about 35km away from the town of Tezpur and shares a border with Pakhui Wildlife Sanctuary of Arunachal Pradesh. The vegetation at Nameri is semi-evergreen and moist deciduous forests. Along with cane and bamboo groves, narrow strips of open grassland along rivers abound in Nameri. 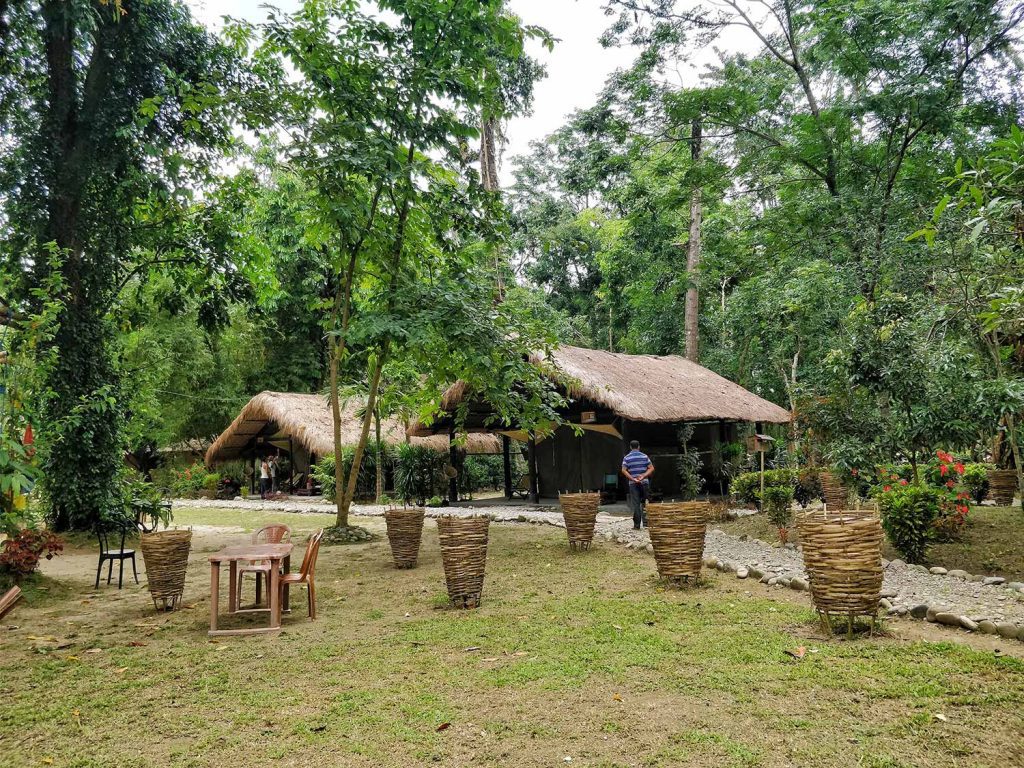 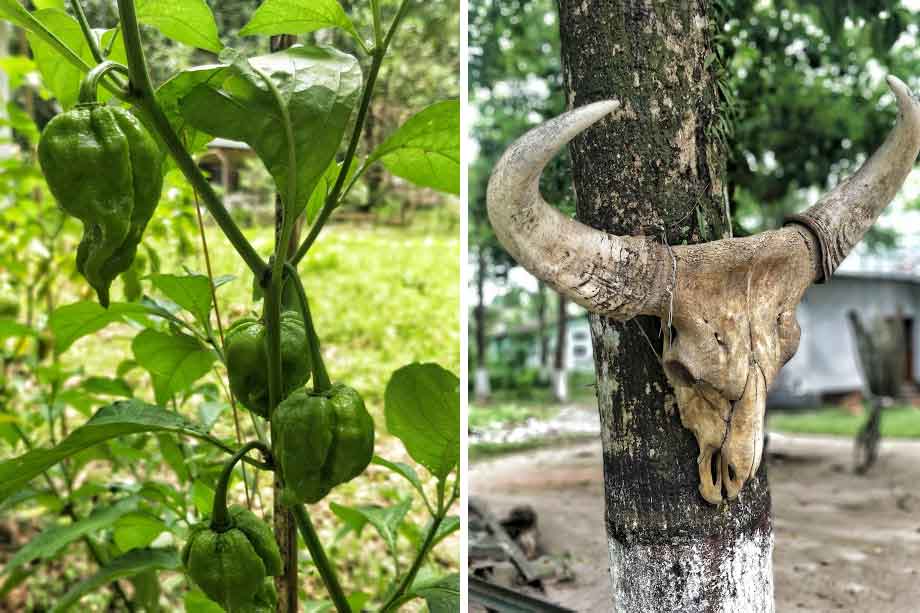 At Nameri, we signed up for rafting the Loi Bhoroli River, it was more of a calming experience rather than the usual adventurous rafting in rapids. 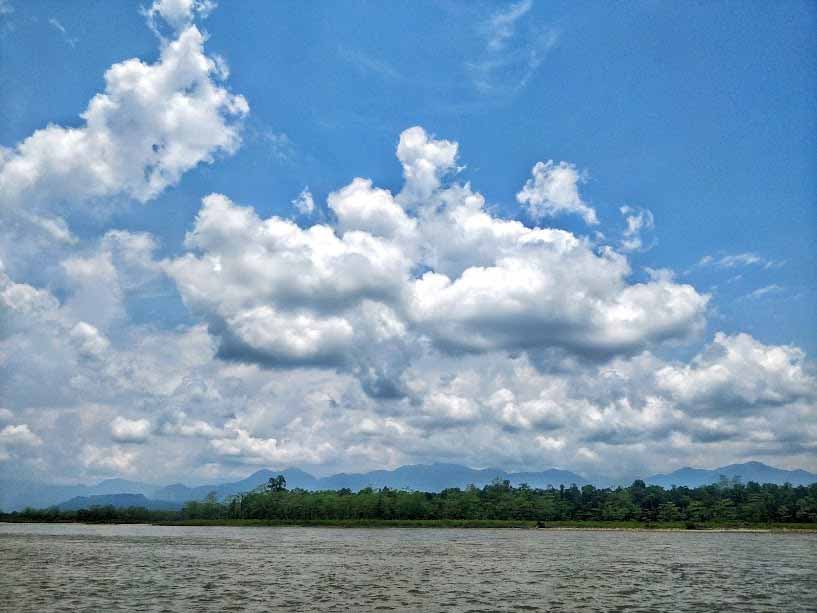 The pygmy hog foundation was next in the itinerary, a great initiative to protect and conserve the innocent animals from being hunted. 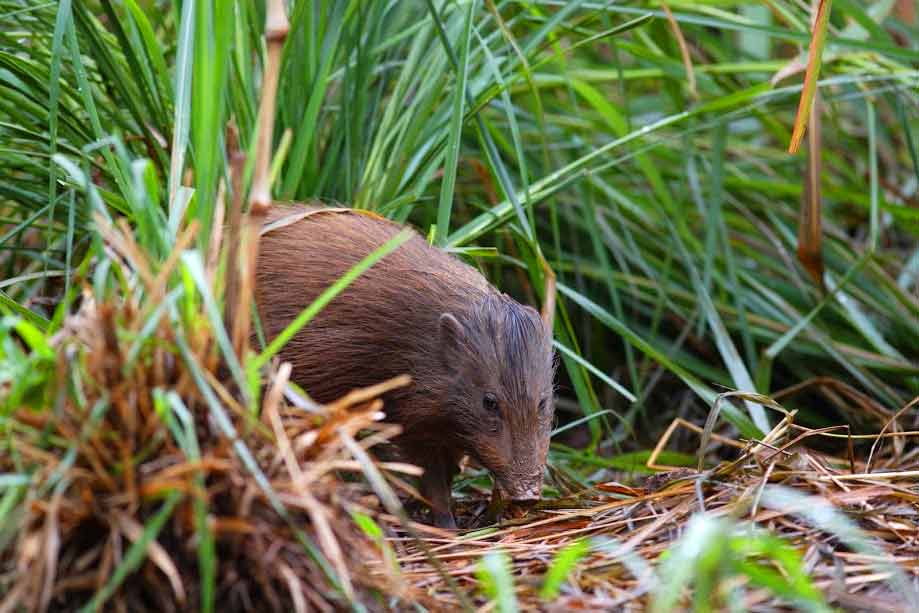 The heavens blessed us with a massive rain. It rained cats and dogs, literally; drenched but excited and screaming internally we also explored the fisheries division. This was followed by lunch where almost everyone over ate like starving wild animals. 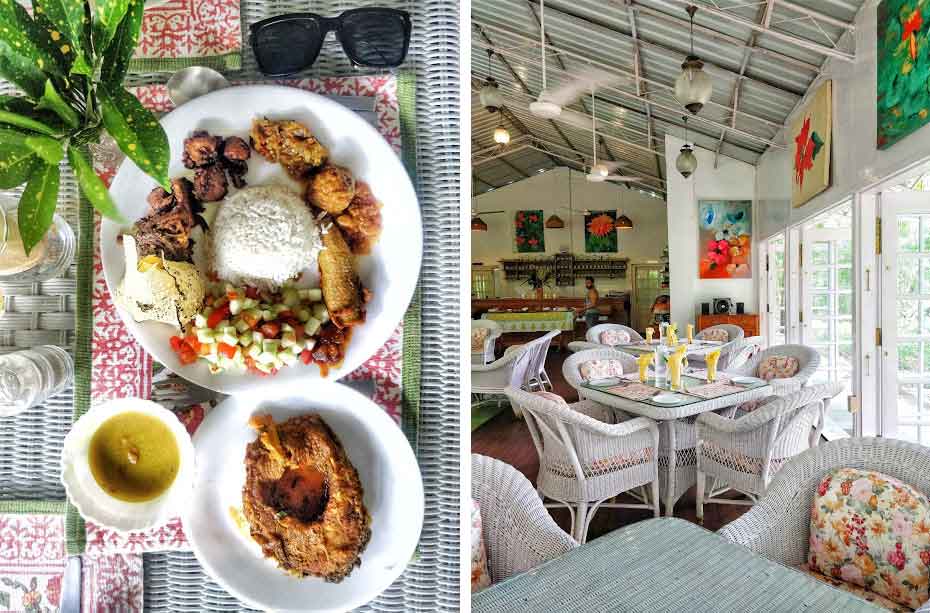 Post which we had an amazing tea tasting session and also got acquainted with the different processes involved in the manufacture of different varieties of tea.

The day ended with a scrumptious dinner.

Next day began with a leisure walk through nature in Eastern Himalayan Botanic Ark. It hosts different varieties of endemic fauna, including bamboo and other trees.There is also a beautiful nursery that has some of the most beautiful flowers that I have seen in all of my conscious life. We spent our time at the ark doing some yoga, Shirin Yoku (forest bathing) and tree hugging. 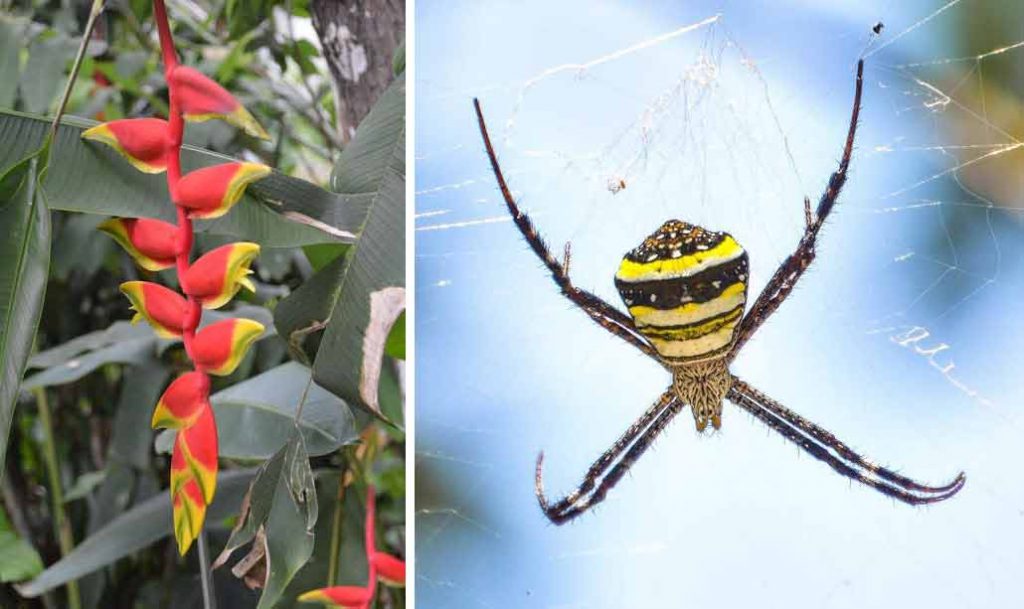 Lunch followed this walk, which was followed by a tour of the resort. It’s surrounded by dense forests with countless birds chirping and chirruping all day long, literally from dawn to dusk. Flowers with animated natural beauty and hues of happiness and freshness abound in the resort and surrounding areas. The bungalows, at Wild Masheer were quite impressive. They are deeply rooted in history with some of them being over a hundred years. They are ornamented and lavish, yet humble and simple. 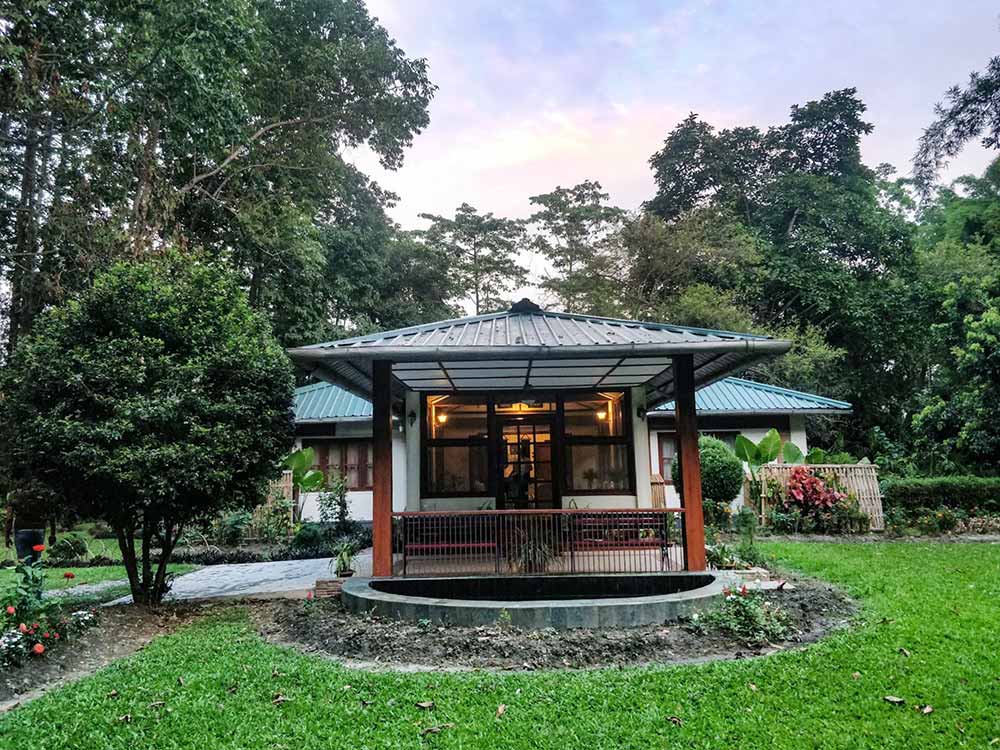 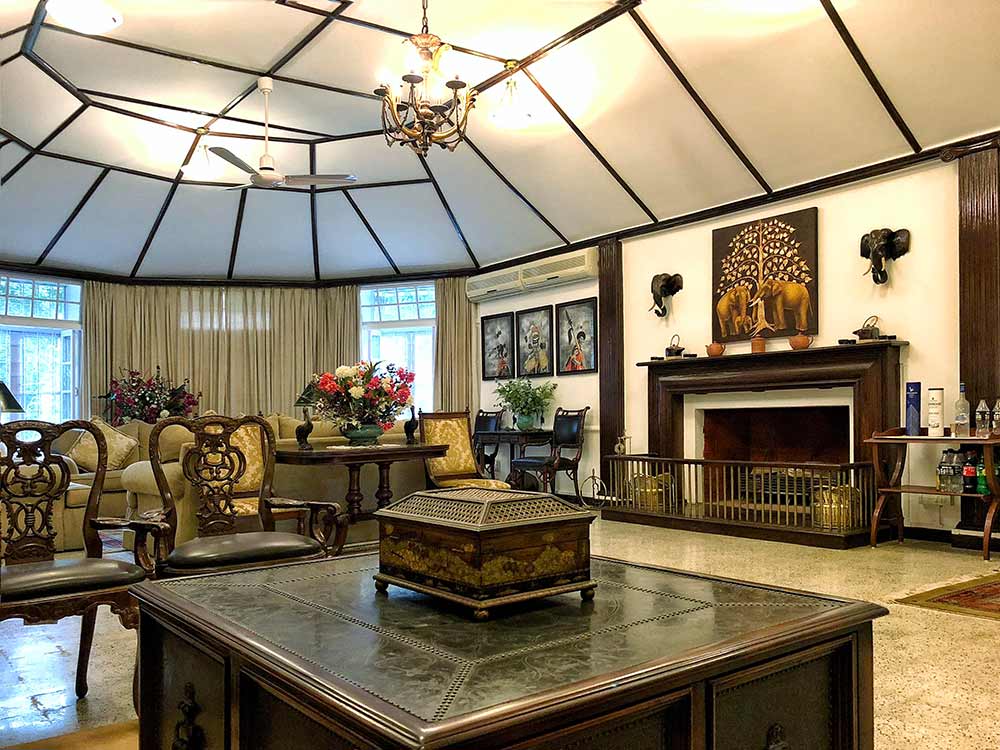 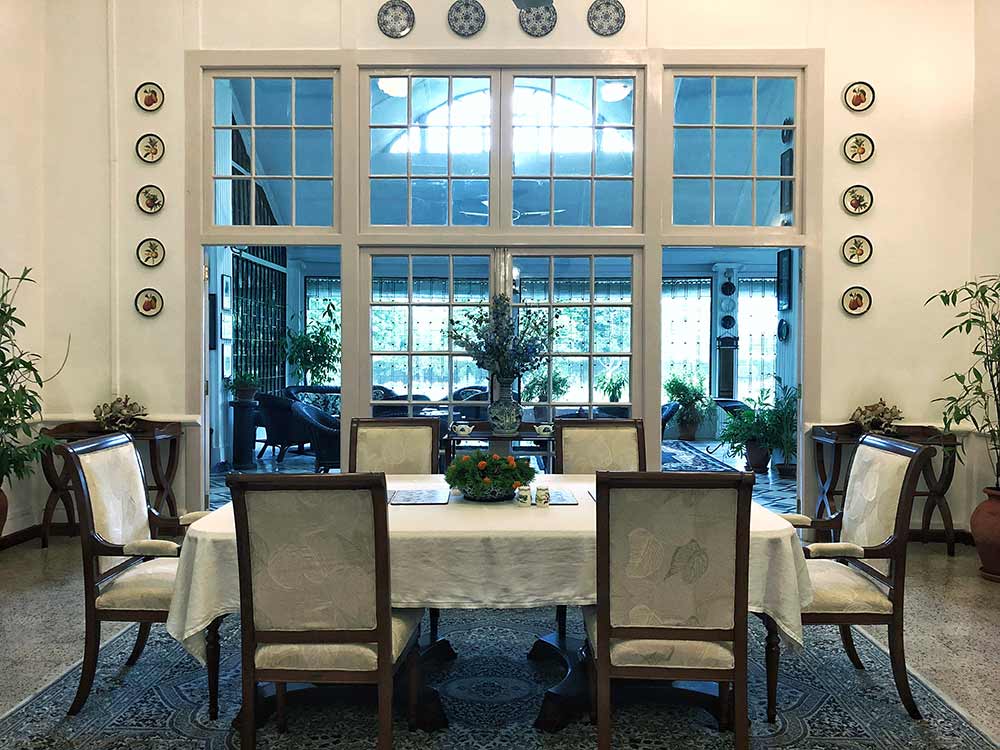 On the final day, we visited this village called Mishing, for a peek at the daily routine of the countryside. The forest is actually man-made and the tribe that inhabits the place has been fighting poachers and encroachers to protect it. The rustic setting of the village was not just impressive and simple, it was also very practical. The houses are elevated to protect them from the frequent floods and are completely made of bamboo. The people were engaged in their chores, some were weaving baskets, some were fixing things in their huts. This place captures the essence of Assamese countryside.

Soon it was time for me to leave – and bid adieu to this ecological paradise. With a heavy heart, we said goodbye to the place and headed home. Hoping to visit the place again, very soon.

Why Visit?
Nestled snugly, on the foothills of the Eastern Himalayas, Balipara is a biodiversity hotspot which will take you extremely close to the lush heart of nature. It will take you away from the mechanized city clatter and the dearth of fresh air in urban settlements.

Best Way to making Bookings
Plushescapes is the best way to book your stay at this picturesque resort. You can check out the website for more travel experiences.

Balipara lies in the far eastern side of Assam. You can fly down to either Guwahati or Tezpur and then hire a cab (or train from Guwahati) to Balipara. If you have time, you can choose to cover the journey up to Guwahati by train, followed by a cab or bus ride to Balipara.

It is a perfect place for long weekends and leisure trips. Nature enthusiasts will find countless interests in the Nameri National park and spend their entire day exploring the Eastern Himalayan Botanic Ark. Visiting Mishing is a must for everyone, the village will definitely inspire you to start living sustainably and reduce the wasteful practices of city life.

– Carry insect repellents to protect yourself from the insects in the forest
– Wear dark with dull clothes like brown, beige, and darker shades of green
– Do not use deodorant and perfumes when you explore the forests
– Keep the noise levels as low as possible, human noise scares animals and you might miss out on many majestic birds and animal
– Lastly, DO NOT forget to enjoy. 🙂