Dialogues from Lal Singh Chaddha are some of the best that we have heard in a while.

Advait Chandan is the director of the comedy-drama Laal Singh Chaddha, which was written by Eric Roth and Atul Kulkarni. It is a remake of the 1994 American movie Forrest Gump, which was based on Winston Groom’s 1986 novel of the same name. It was produced by Aamir Khan Productions and Viacom18 Studios.

Over the course of two decades, the Forrest Gump adaptation underwent a number of revisions. Atul Kulkarni spent the first 10 years reworking the script and another ten years acquiring the remake rights. With the aid of Los Angeles-based producer and filmmaker Radhika Chaudhari, Aamir Khan acquired the film’s rights in early 2018. The actual title of the movie was revealed on March 14, 2019.

Tanuj Tiku composed the soundtrack for the movie, and Pritam and Amitabh Bhattacharya wrote the lyrics to the original songs that were included in it.

Here’s a list of the best dialogues from Lal Singh Chaddha! 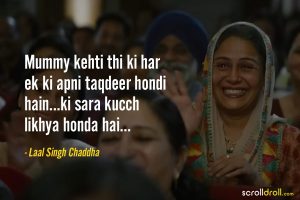 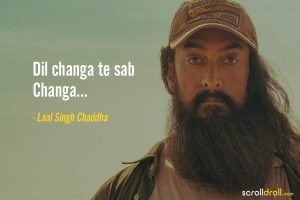 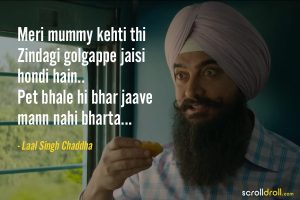 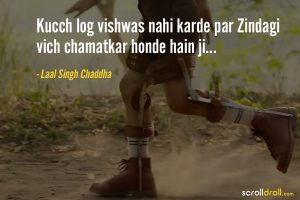 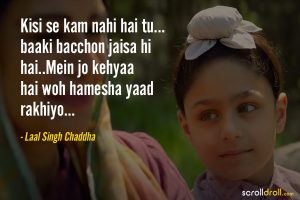 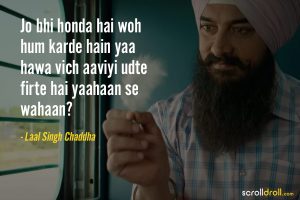 Critics gave Laal Singh Chaddha a variety of ratings. Filmfare’s Devesh Sharma gave the movie a score of 4/5 stars and said “The plot is what Atul and Advait are more invested in than the history. This has a stronger emotional core than the original because of this “. Aamir Khan’s Laal Singh Chaddha is a movie that effectively grapples with the pessimism of the world, but handled in a mature way, according to Sonil Dedhia of News 18 who gave the movie 4 out of 5 stars. The Times Of India’s Renuka Vyavahare gave the movie 3.5 stars and stated “LSC upholds the traditional values that make it appropriate for family outings. Your memory will be especially fond of a sparkling Shah Rukh Khan cameo.”

We hope you found this list of the best dialogues from Lal Singh Chaddha interesting!