Slot machines are a popular feature of most brick-and-mortar casino establishments, and they’ve become one of the most frequently visited sections of online casino sites in recent years, too. In part, the transition of slot games to the digital world has allowed for developers to rapidly create themed slot games that are inspired by prolific pop culture figures and films. As a result, these games are highly customizable and can suit the personal preferences of any gambler.

Simultaneously, action movies, as one of the most consumed genres in the film industry, often have large fan bases and spawn media franchises that involve merchandise, video games, and now even online casino games such as slot games. As a result, in this article, we will go over some of the action movies that have inspired slot games.

Dubbed as revolutionary, The Matrix was a phenomenon upon release, impacting pop culture for the years to come and spawning an immense media franchise. The film won four Academy Awards and, along with its sequels, inspired literary works, video games, and even a slot game featured on well-reputed sites like Paddy Power. In this online casino, players will find slot rooms that can offer them a taste of the atmosphere of this legendary film, but also all the movies below, while accessing a variety of games and even a free spins no deposit offer on daily jackpot slots.

This 1999 sci-fi classic tells the story of Neo (Keanu Reeves), a lonesome hacker, whose life changes when two mysterious figures reveal to him that reality as he knows it is nothing more than a giant computer simulation. Hunted by government agents, Neo joins Trinity (Carrie-Anne Moss) and Morpheus (Laurence Fishburne) who lead an underground rebellion outside the Matrix, the simulated reality most humans live in.

The franchise will be getting a new film later this year, 22 years after the original movie was released. 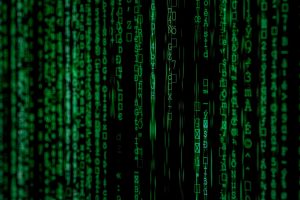 Top Gun follows Maverick (Tom Cruise), who joins an elite pilot school with his partner Goose (Anthony Edwards). Here, students are taught how to be the best pilots, but also how to master the art of dogfighting. However, it doesn’t take long for Maverick’s short temper to clash with Iceman (Val Kilmer), a talented pilot who threatens to top Maverick as the best pilot of class and win the Top Gun trophy.

The film, whose long-anticipated sequel, Top Gun: Maverick, will premiere in 2022, was an instant classic upon its release, establishing Tom Cruise as an international star and becoming the biggest box office hit of 1986. Nonetheless, it wasn’t only the films’ action scenes that made it a classic, but also its timeless soundtrack and the hit “Take My Breath Away”. As a result, the film got its own slot game, developed by Playtech and released in 2019, which features blue skies and wild jets as customized bonus symbols. Ultimately, the game offers fans a chance to relive the thrill of watching the 1986 classic. 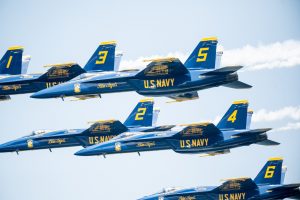 In a crime-ridden Detroit, police aren’t able to control the streets, and so a powerful corporation known as Omni Consumer Products creates Robocop, a half-man half-machine police officer, to tackle crime. To test this program, they use Alex Murphy’s body, a police officer who had passed away in the line of duty. Initially, the program works fine, but soon Murphy begins to remember his past life, starts chasing his killers, and eventually turns on the company that brought him back to life.

Released in 1987 and directed by Paul Verhoeven, Robocop transcends its destiny as a B movie. Incredibly cynical and wildly funny, this would come to be one of the most important science fiction films of the 1980s, and despite being known for its extreme violence, the film delves deep into themes such as social criticism and American corporate culture. Its slot adaptation, developed by Playtech, recovers some of the film’s key aspects, such as the huge explosions, state-of-the-art technology, and vintage vibe. Additionally, the game incorporates several elements from the film as its symbols, including guns, police cars, character photos, and customized buttons to make players feel like they are in the Robocop world.

Ultimately, these films have not only impacted the history of cinema but also shaped how current action films are made. If you haven’t watched any of these films, we recommend you go check them out as every action film fan should know these classics.