The central figure of World War II, Adolf Hitler changed the dynamics of the world in the 20th Century. A dictator, tyrant and leader of the Nazi party, Adolf Hitler was known as the man who pushed Germany towards his doctrine of racial superiority and persecution of millions during the infamous holocaust. Besides, the World War II itself which started primarily owing to the racial, invasive and expansionist policies of Germany claimed millions of life across the world. Some of the famous Adolf Hitler quotes give an insight into his thinking and the Nazi ideology that is considered to be the epitome of immorality, brutality and racial persecution.

We bring you some of the Adolf Hitler Quotes

1. If you win, you need not have to explain… If you lose, you should not be there to explain! 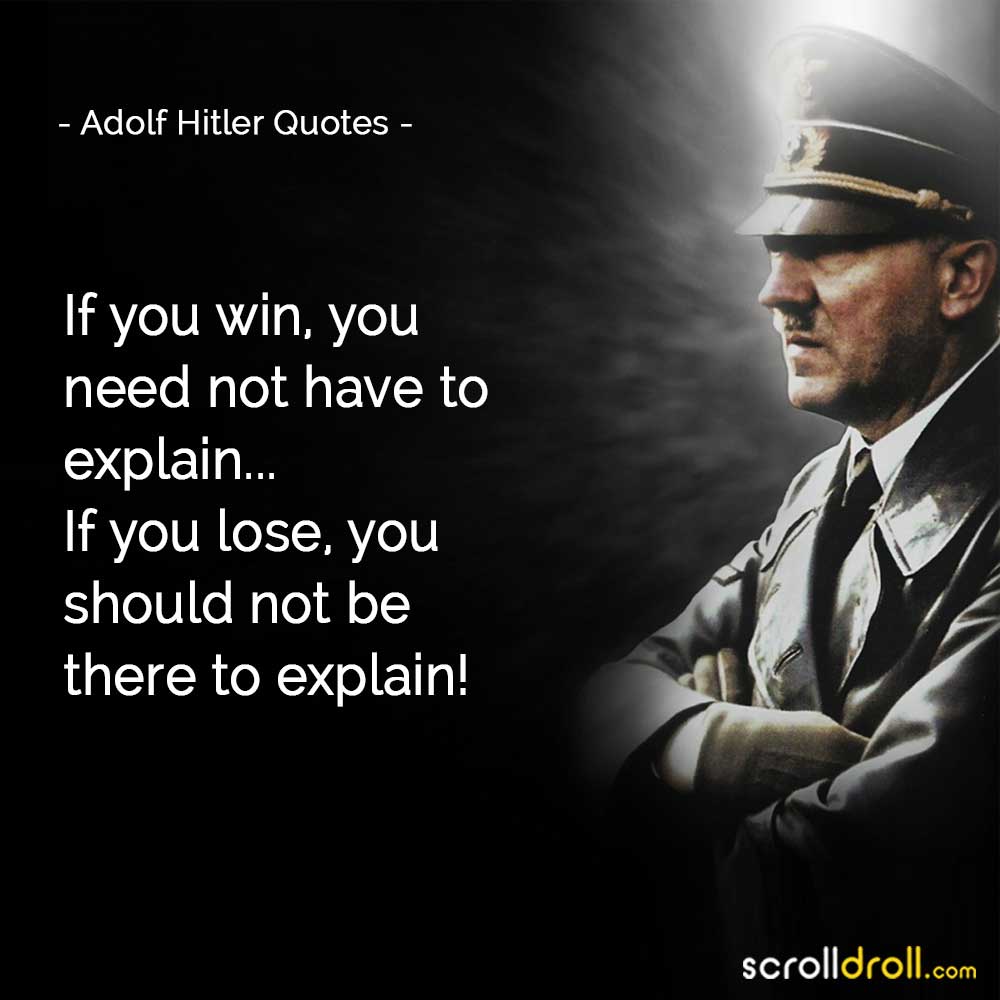 2. If you tell a big enough lie and tell it frequently enough, it will be believed. 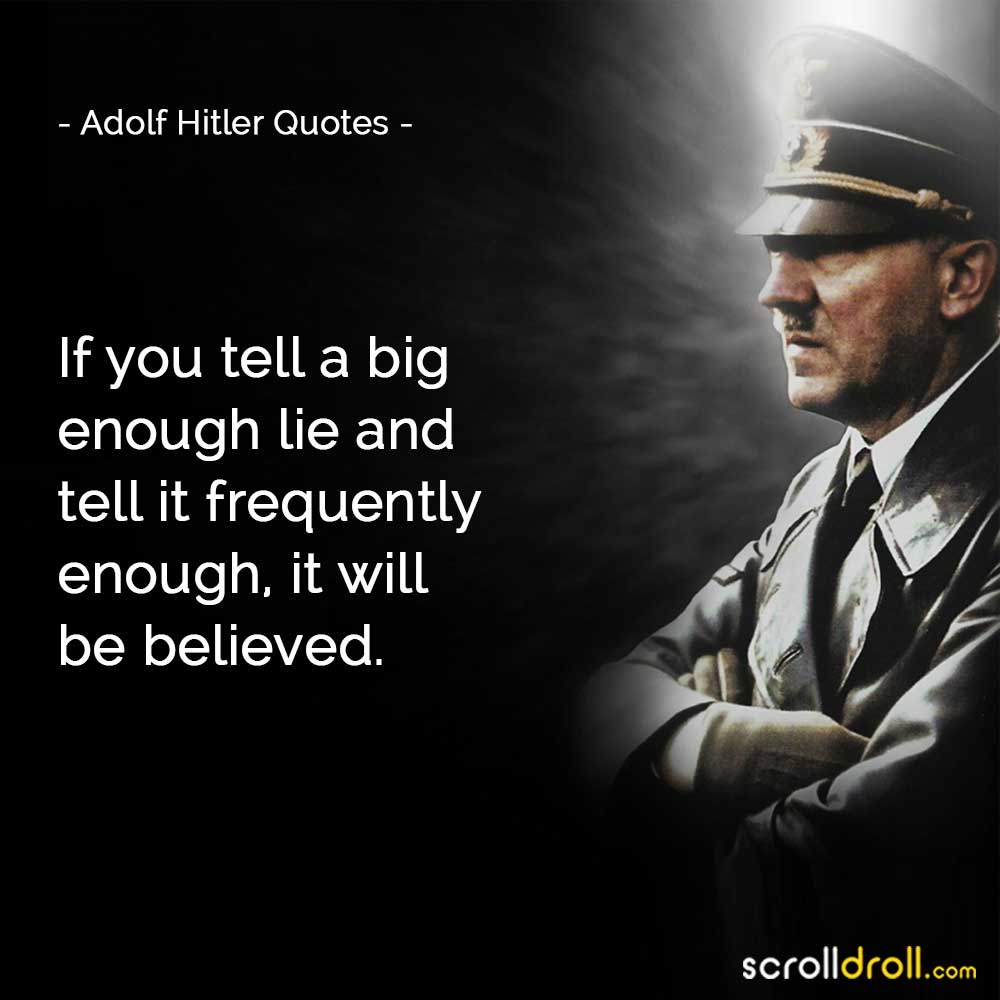 3. Do not compare yourself to others. If you do so, you are insulting yourself. 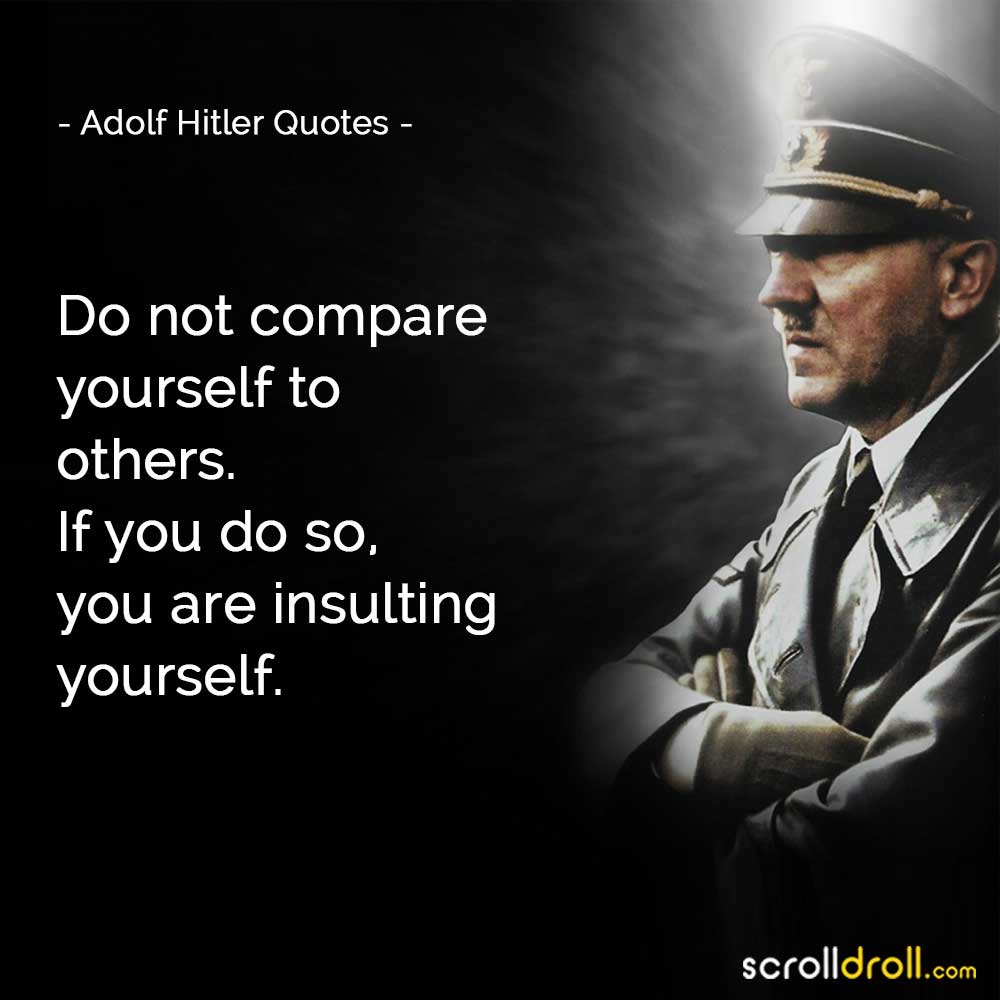 4. And I can fight only for something that I love, love only what I respect, and respect only what I at least know. 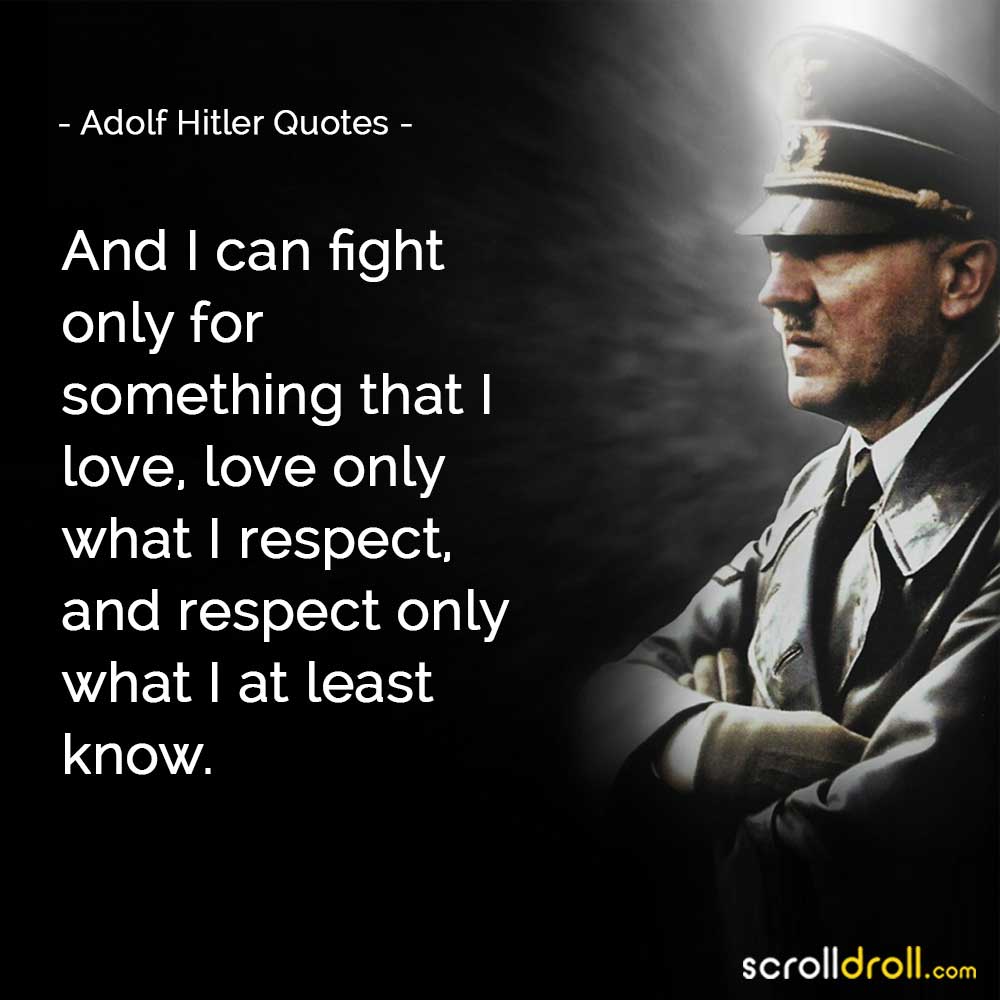 5. Anyone can deal with victory. Only the mighty can bear defeat. 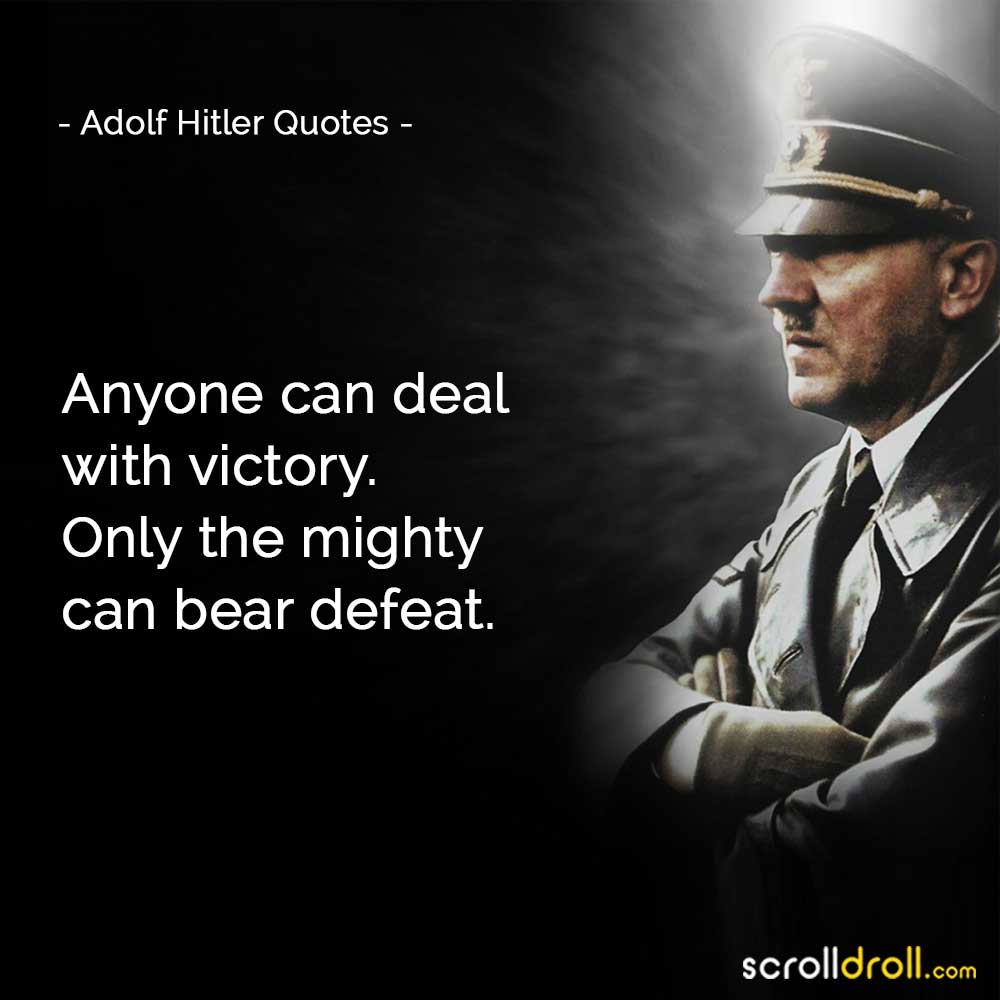 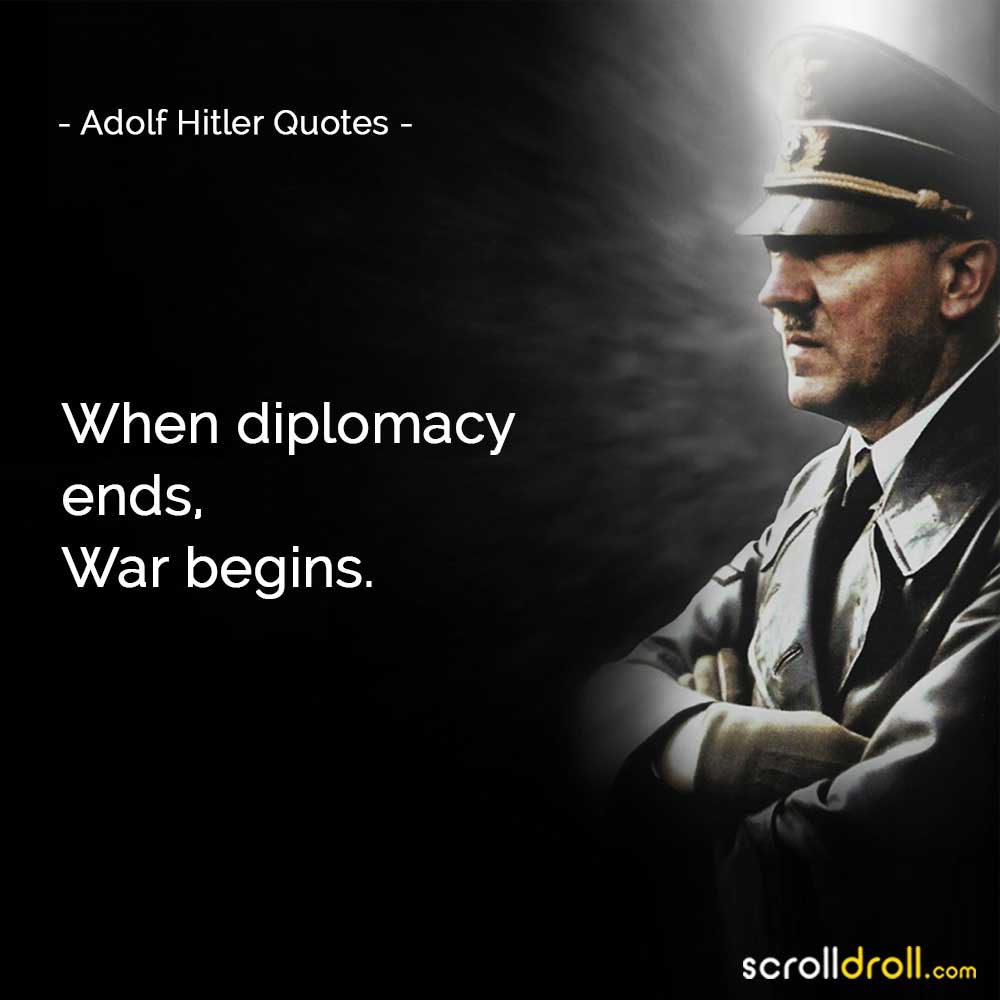 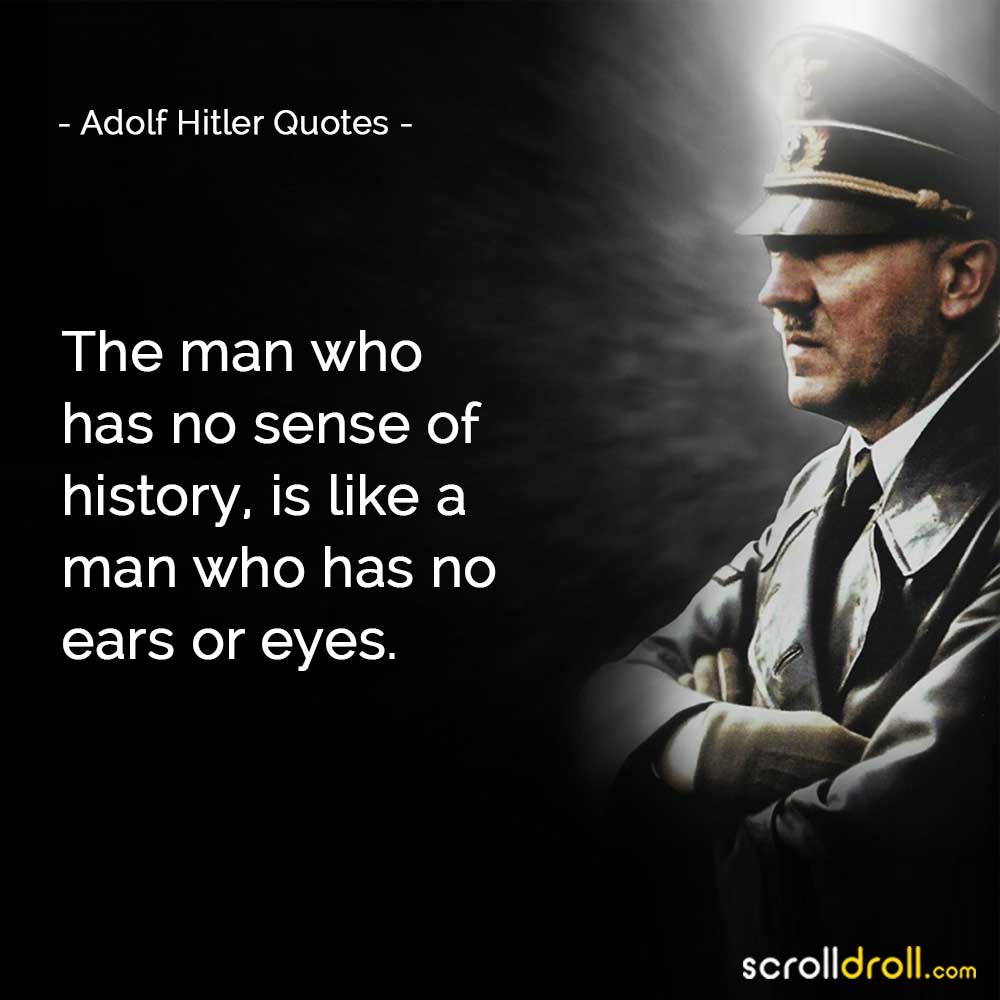 8. He alone, who owns the youth, gains the future. 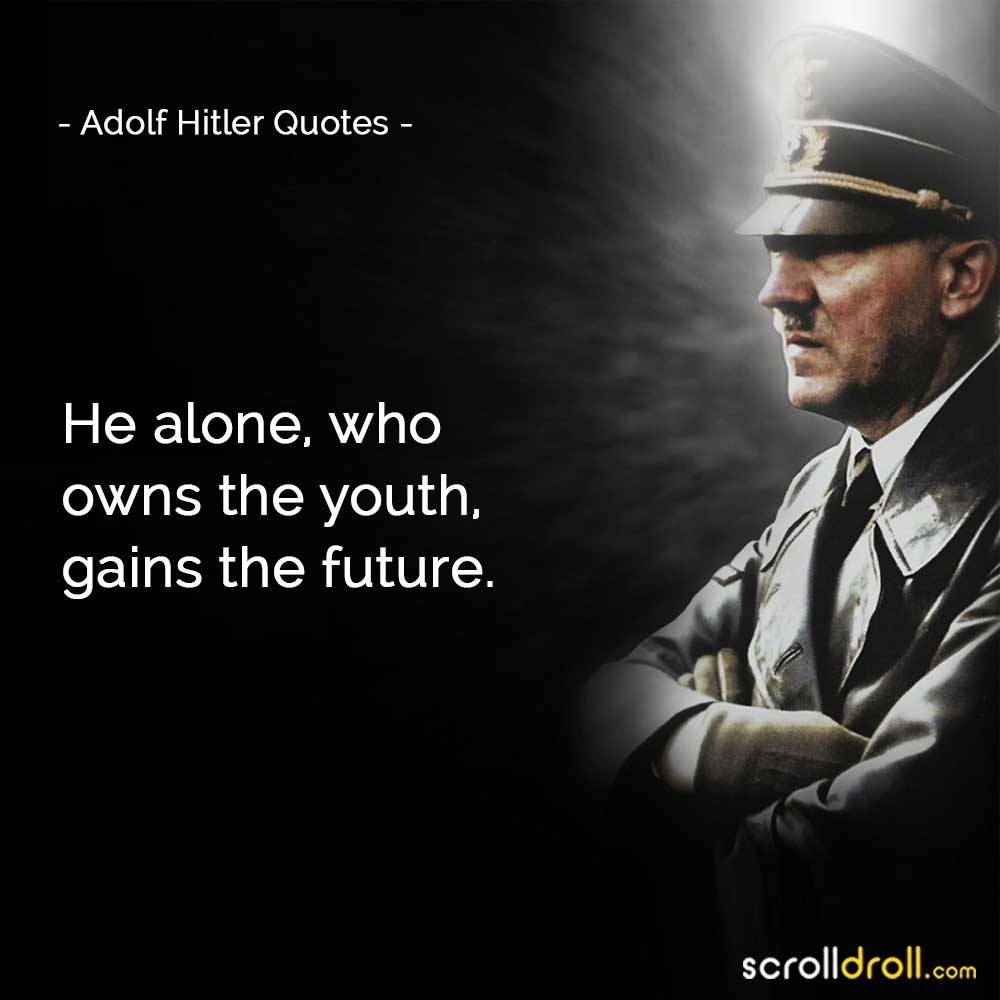 9. Humanitarianism is the expression of stupidity and cowardice. 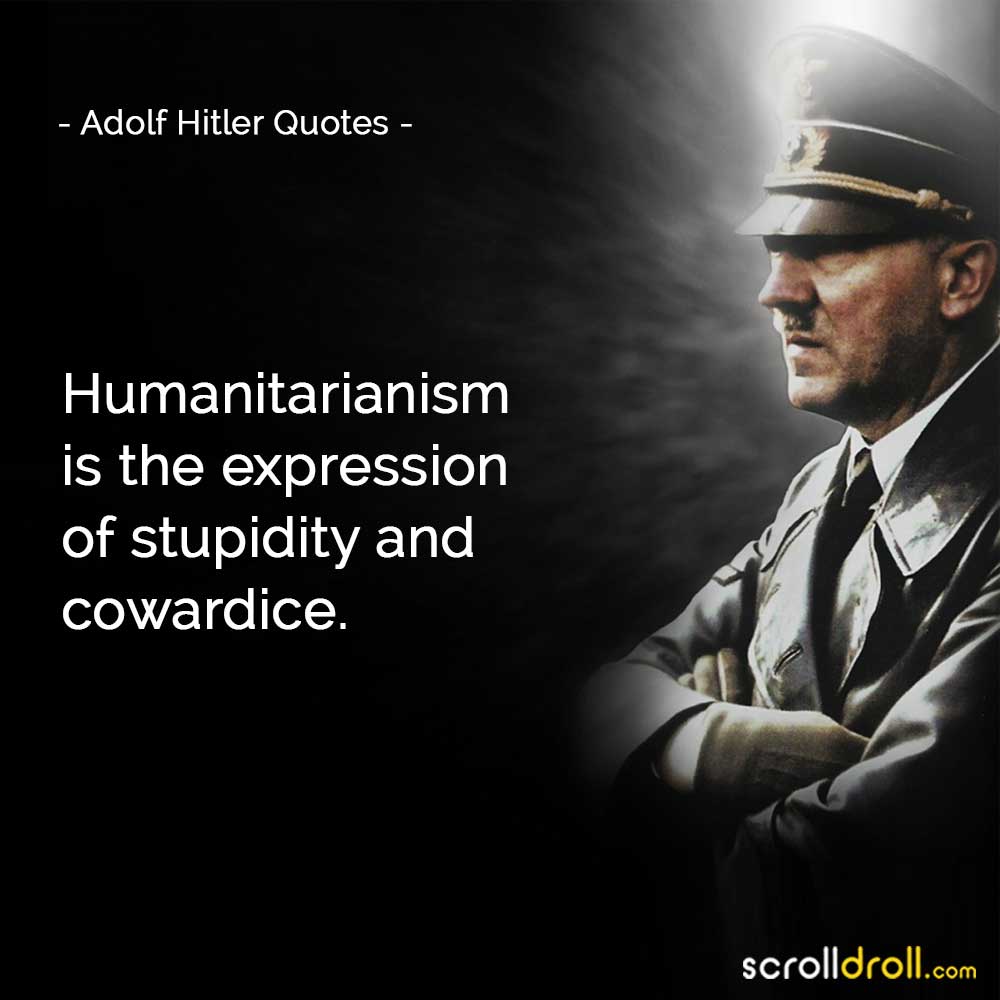 10. Sooner will a Camel pass through a Needle’s eye than a great man be ‘Discovered’ by an election. 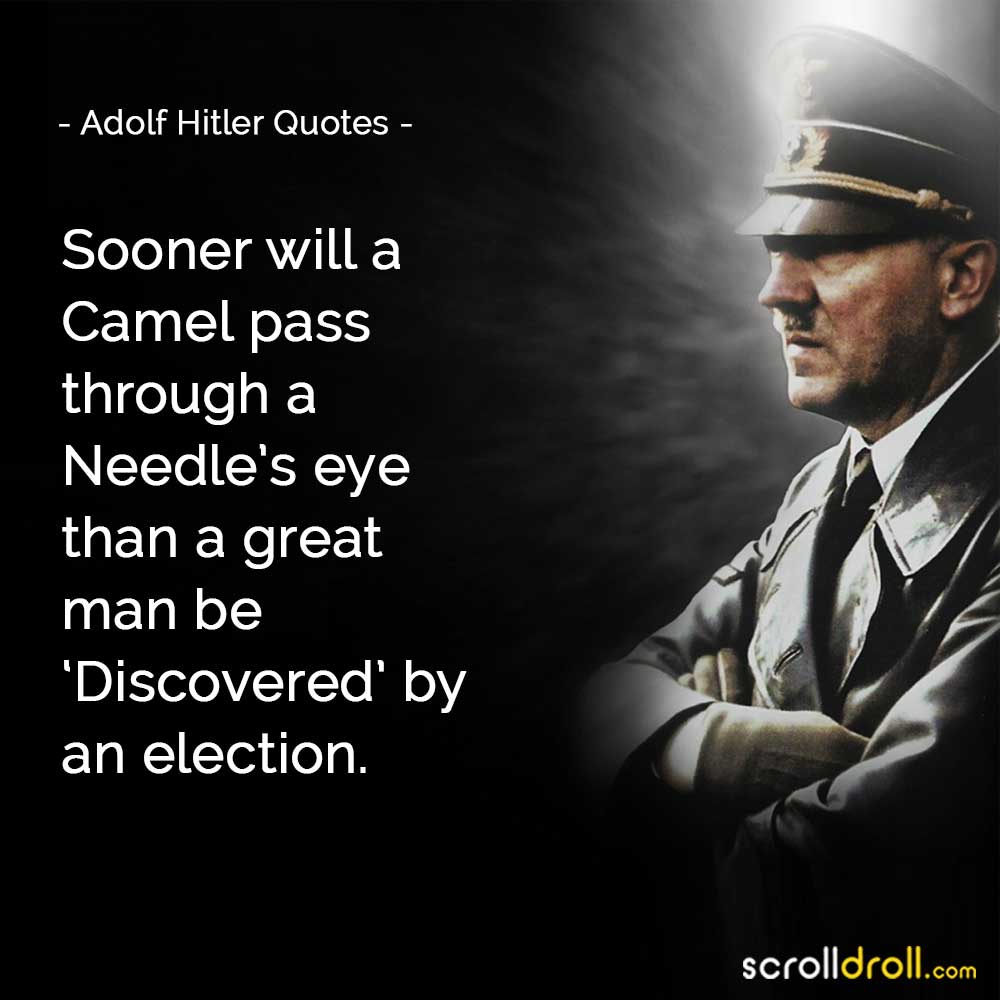 11. Demoralize the Enemy from within by Surprise, Terror, Sabotage, Assassination. This is the war of the future. 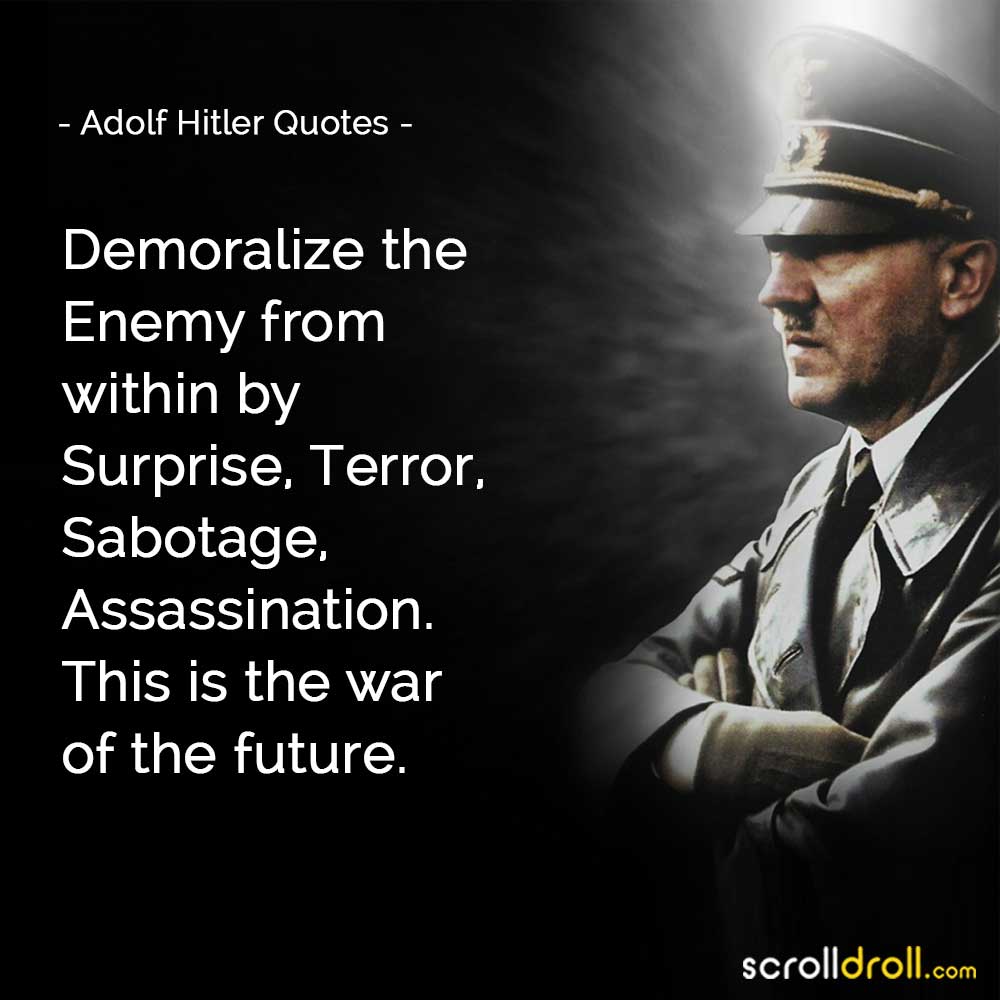 12. It is not Truth that Matters, but Victory. 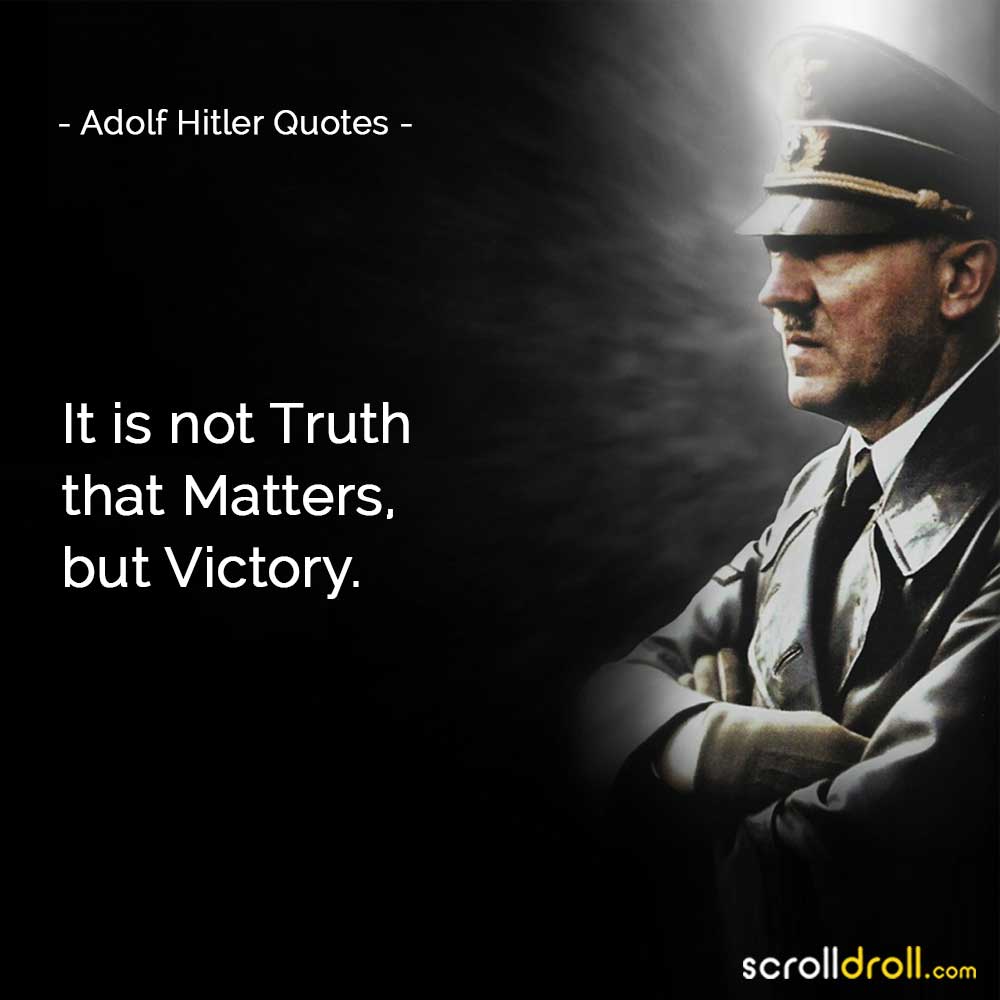 13. All Propaganda has to be popular and has to accommodate itself to the Comprehension of the least Intelligent of those whom it seeks to reach. 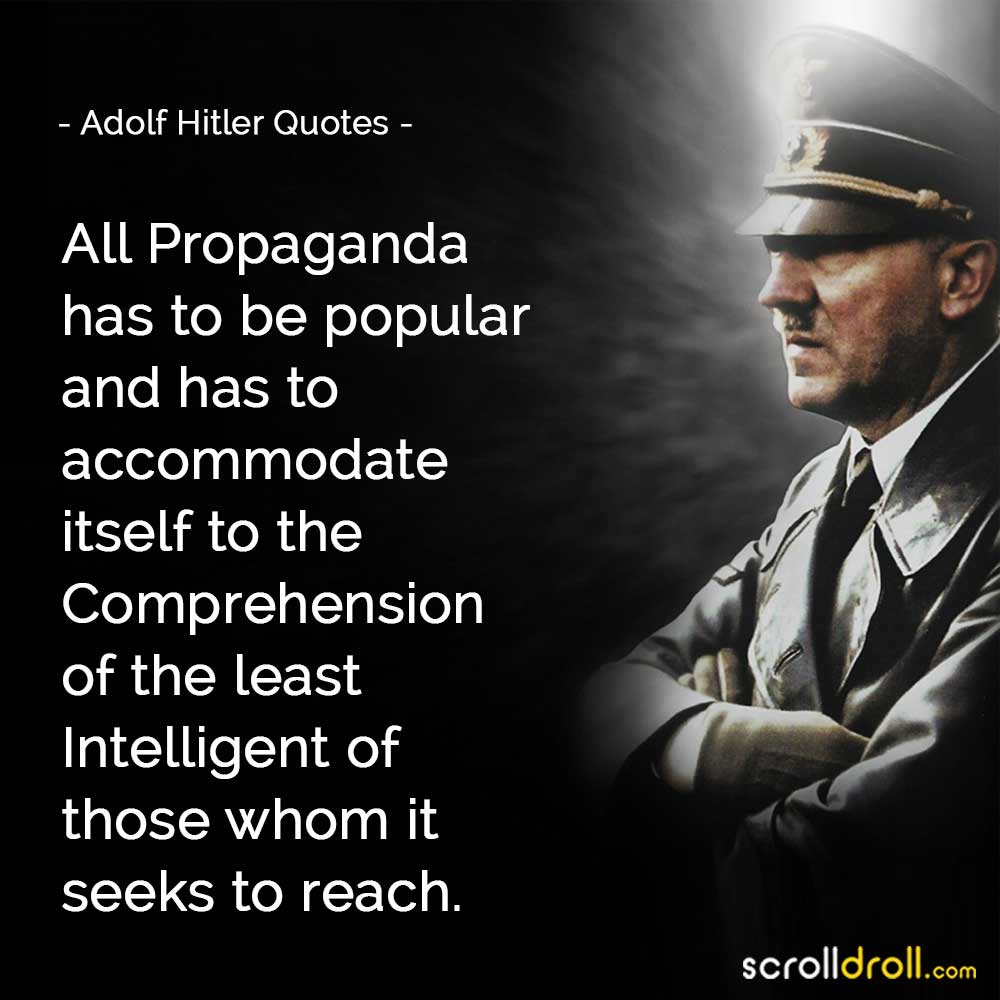 14. It is always more difficult to fight against faith than against knowledge. 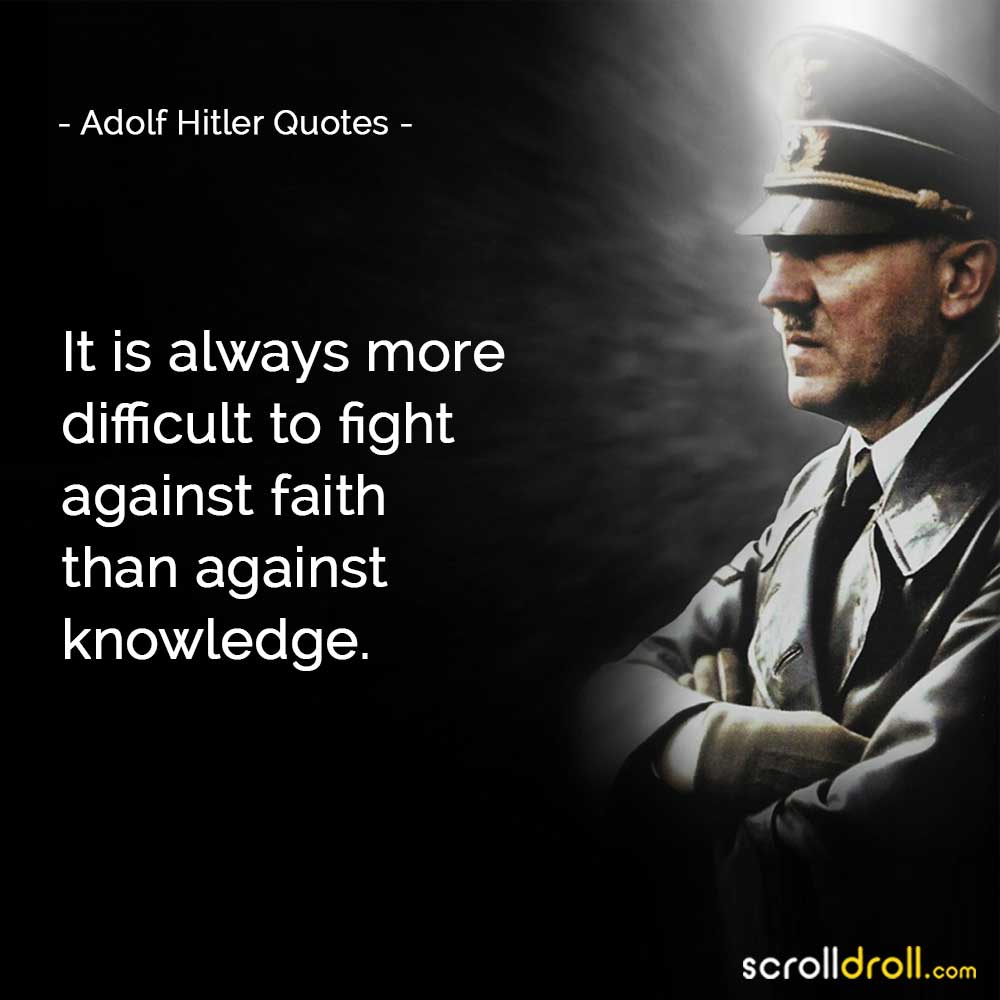 15. I use emotion for the many and reserve reason for the few. 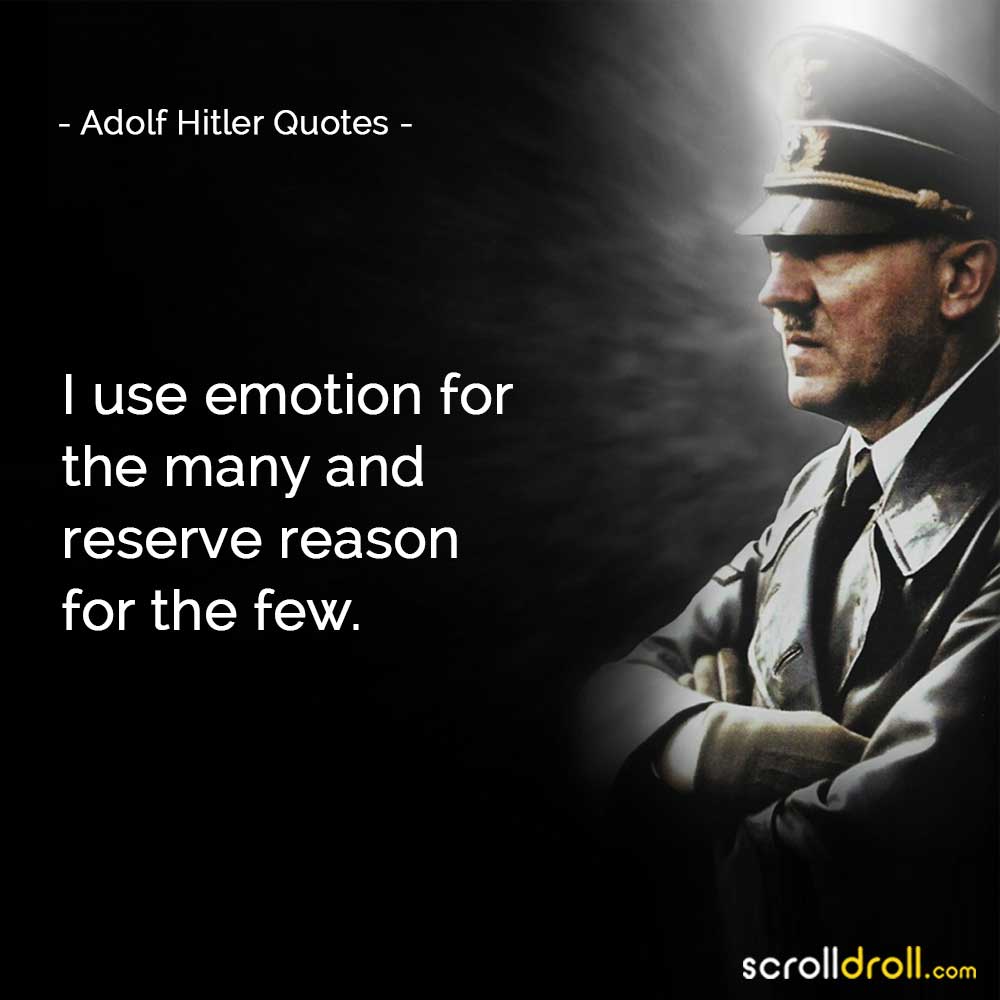 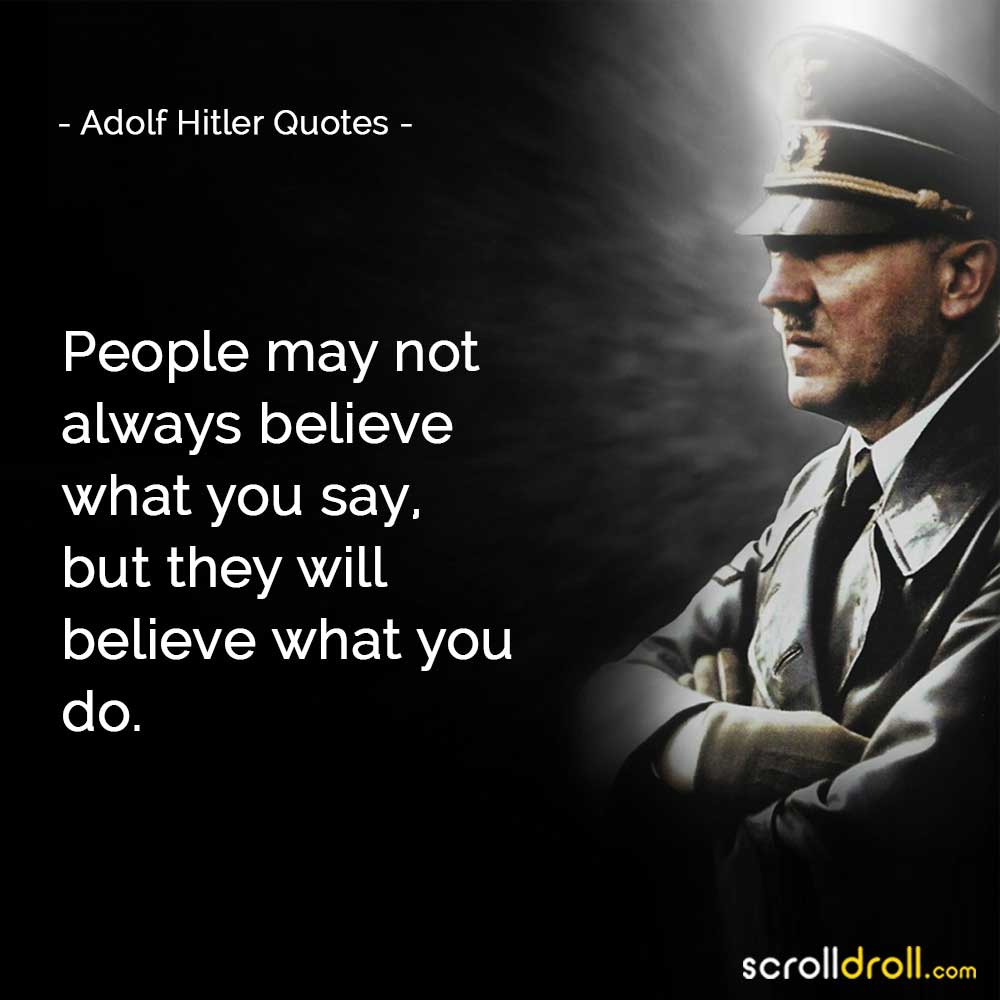 17. I do not see why man should not be just as cruel as Nature. 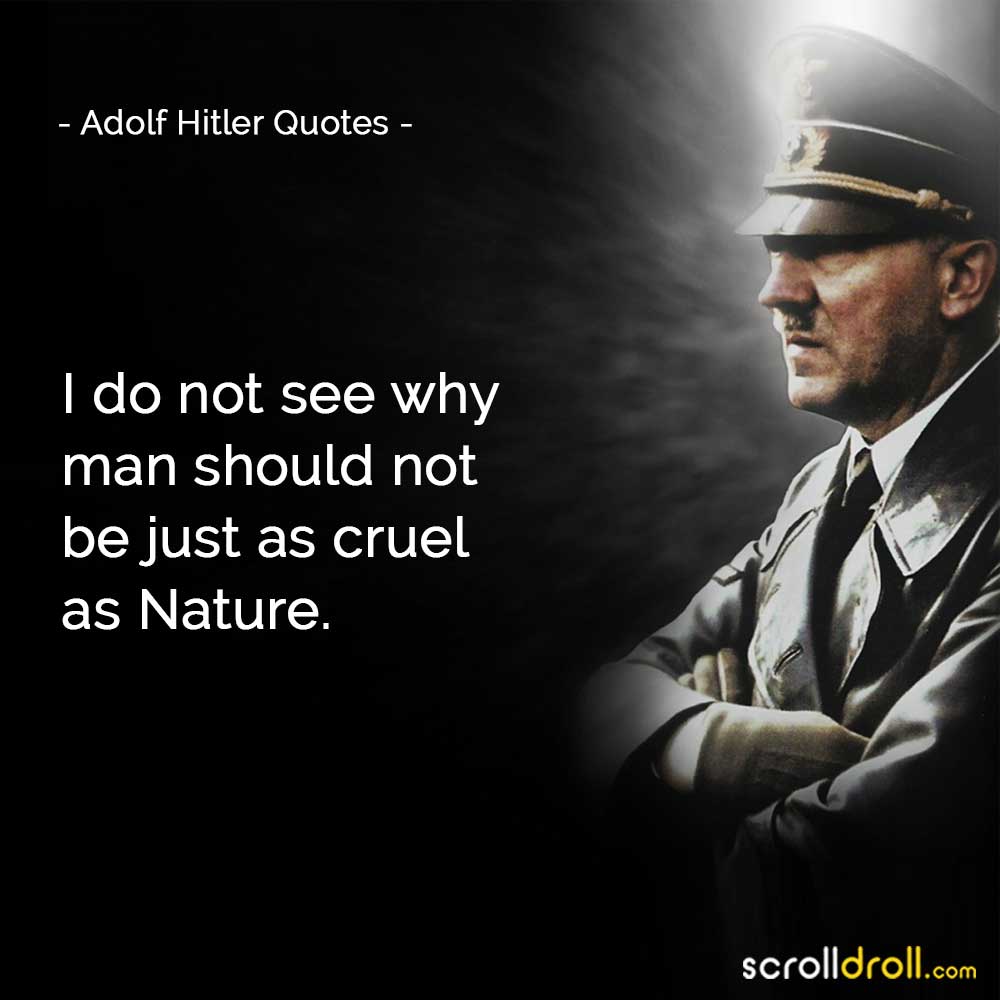 18. Mankind has grown strong in eternal Struggles and it will only perish through eternal Peace. 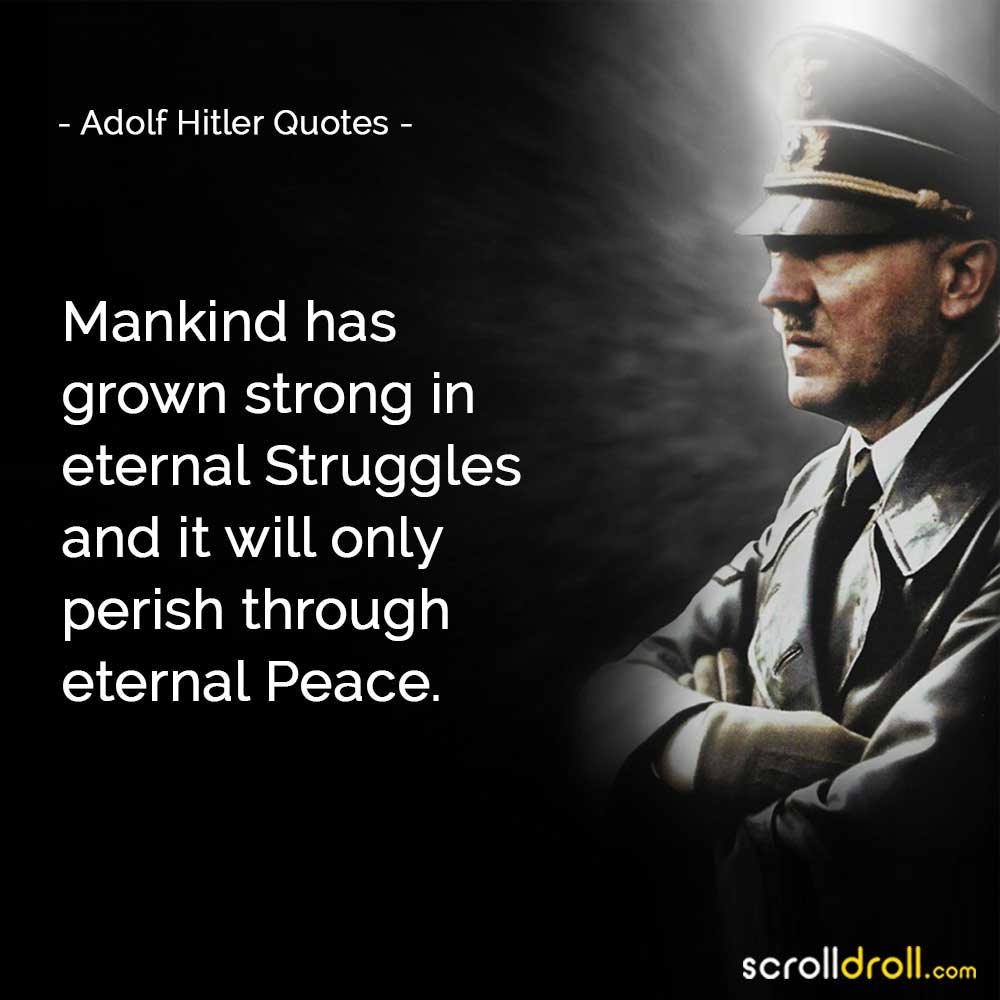 19. Germany will either be a World power or will not be at all. 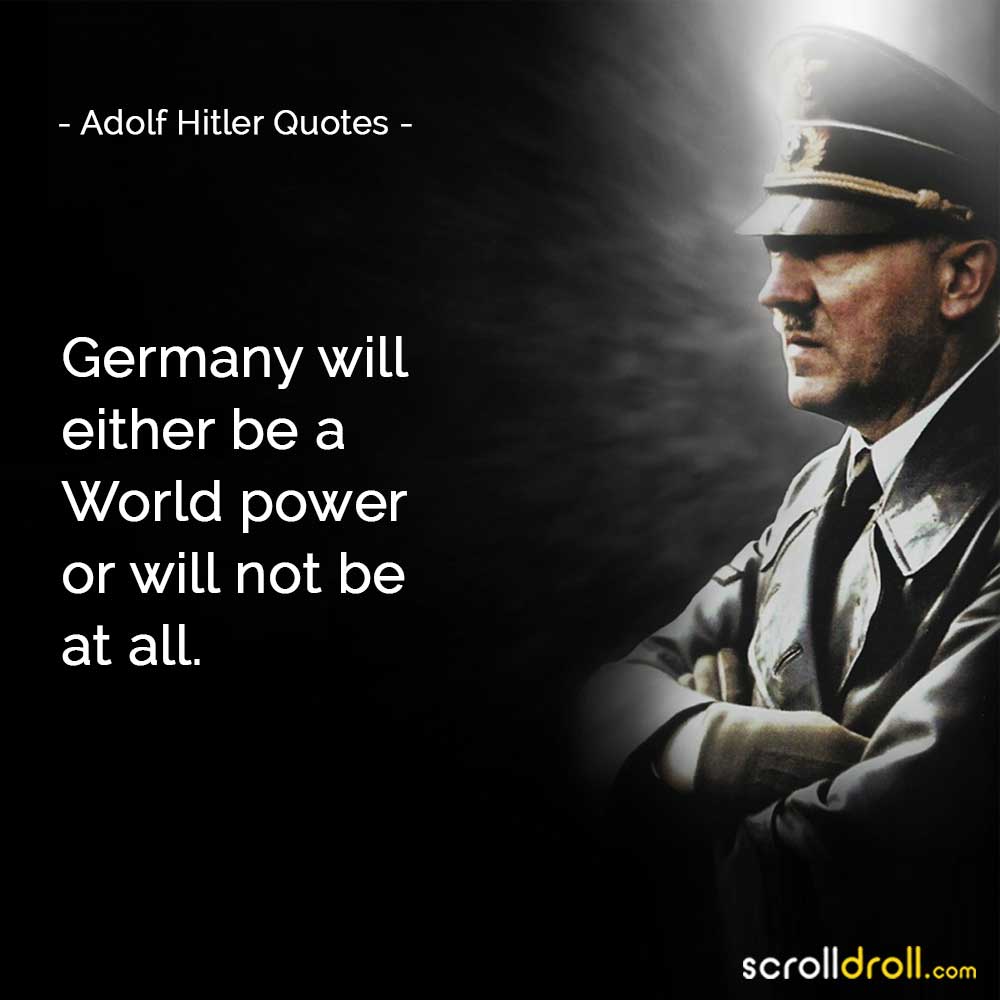 20. To conquer a Nation, first disarm its Citizens. 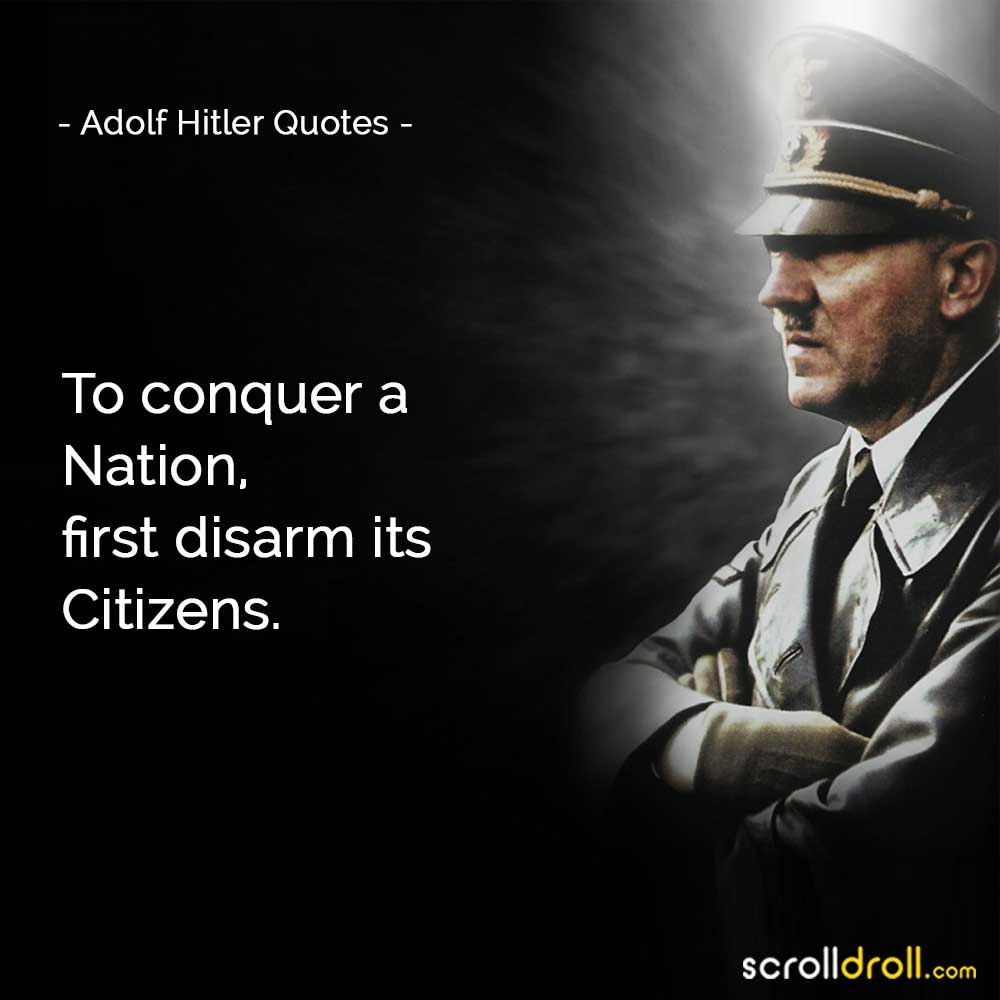 21. What luck for rulers that men do not think. 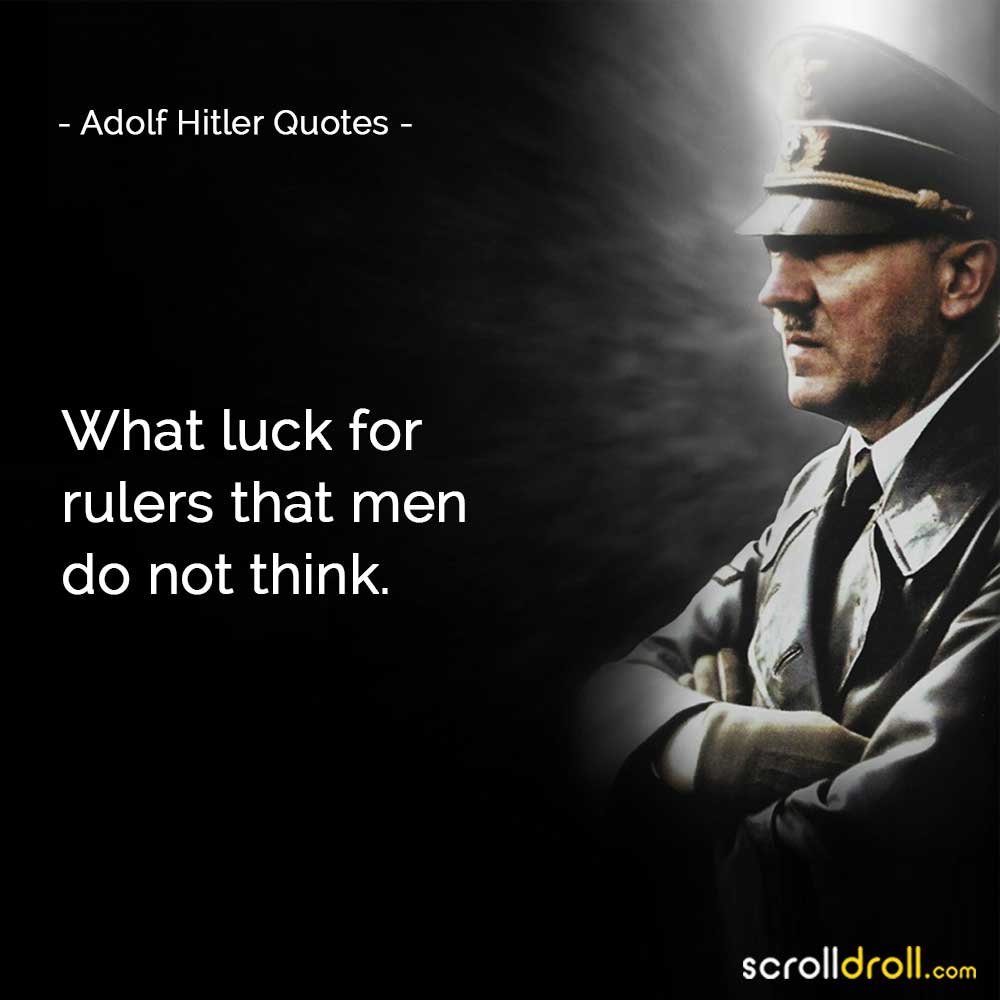 22. The World is not for Cowardly people. 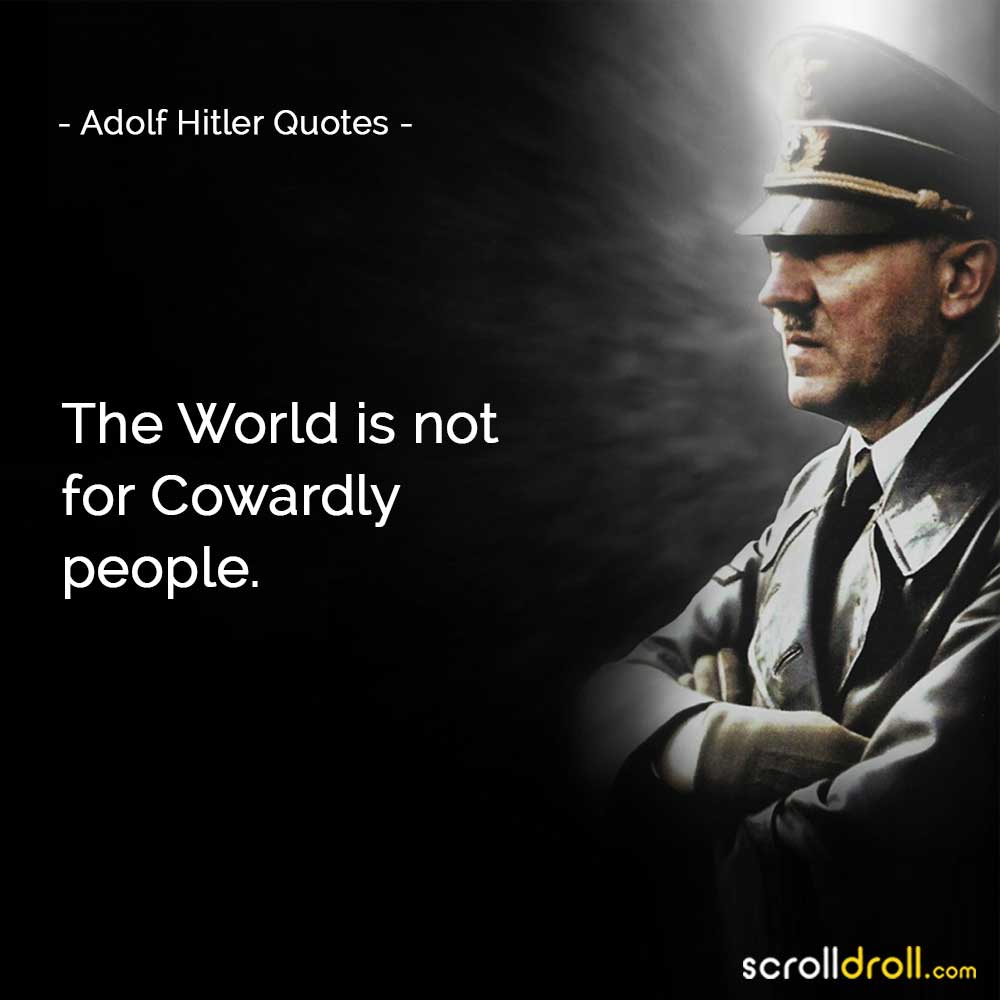 23. Strength lies not in Defence but in Attack. 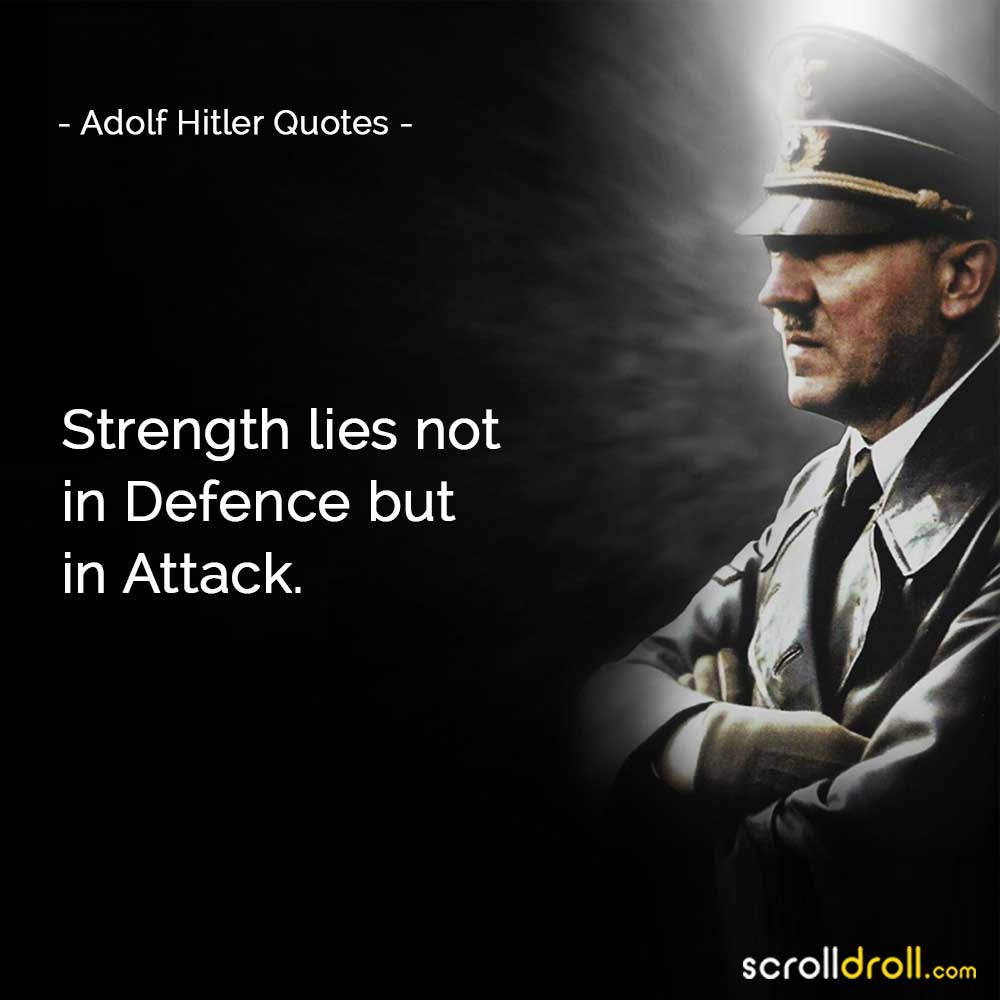 24. Hate is more lasting than dislike. 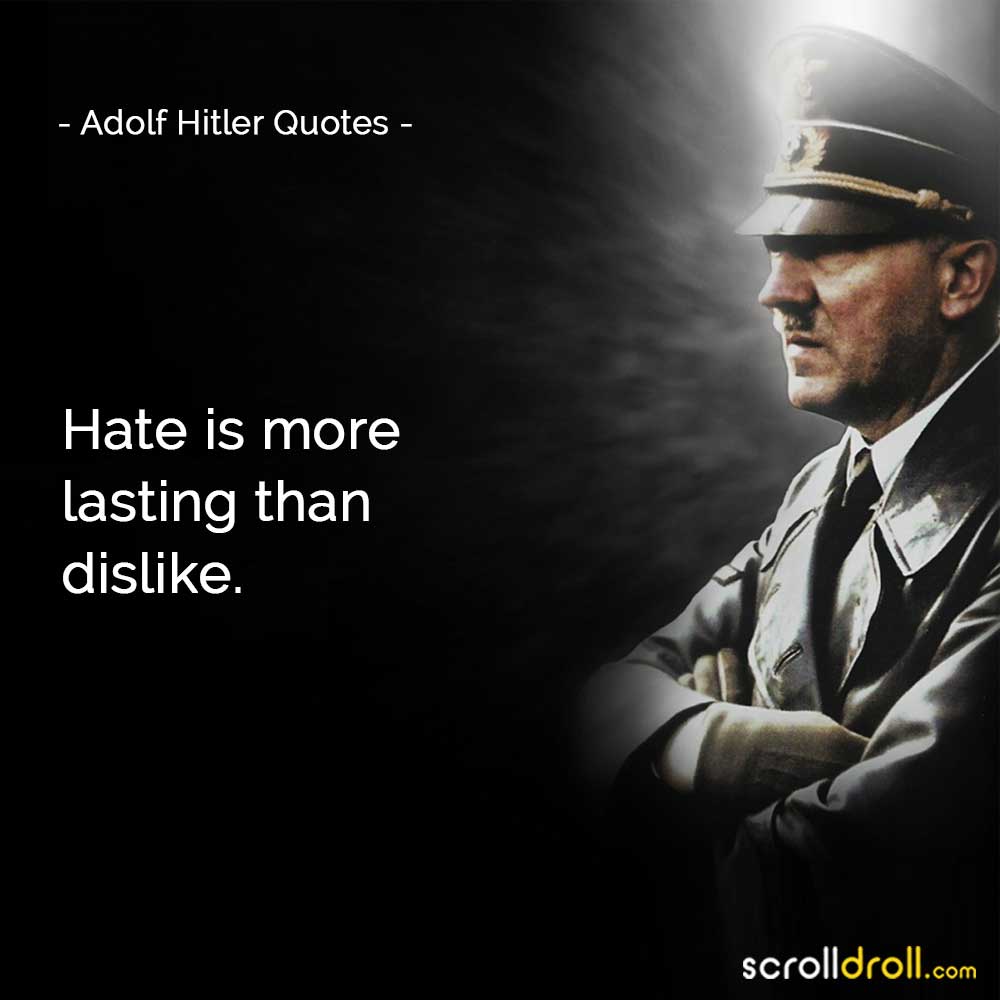 The famous historian and biographer Ian Kershaw remarked about Adolf Hitler: “Never in history has such ruination – physical and moral – been associated with the name of one man.”

We hope that the world doesn’t get an Adolf Hitler ever again!