Because of their plot, characters, and storylines, web series have become more popular than movies among young people. Many OTT platforms are emerging today to offer you a wealth of new content to binge-watch, thanks to the growing popularity of web series. Ullu TV is one of the adult content-based OTT platforms with the fastest growth. Due to its adult, provocative, and erotic content, this platform, which was launched in 2018, quickly gained popularity among young people. The adult web series on Ullu is cheap because it is not as popular as other platforms like Netflix, Amazon Prime, Hotstar, etc. However, there are still a lot of web series on Ullu that you can fall in love with. Here, we’ll discuss the top 11 adult and hot web series on Ullu app you should watch: 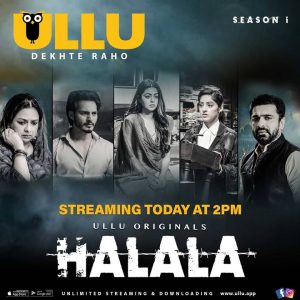 One of Ullu TV’s most divisive and well-liked web series, Halala, premiered on March 29, 2019. This web series strongly advocated against social issues like the “Triple Talaq” and “Halala” ritual, as the name implies. For those who are unaware, “Halala” is a Muslim custom in which a woman gets a triple talaq divorce from a man, marries another man, has a child with him, and then gets a second divorce in order to remarry her first husband.

This web series, which is based on the Halala Ritual, tells the story of Afza, a woman who is happily married to Rahil. Both of them are incredibly in love with one another, but when Rahil triple talaqs Afza out of anger, their marriage takes an unexpected turn. Afza must now undergo a Halala Ritual in order to remarry Rahil. Will she be able to fulfill her husband’s request?

2. The bull of Dalal street 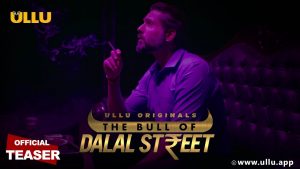 A popular drama web series called “The Bull of Dalal Street” is based on the real-life experiences of an Indian stockbroker named “Harshad Mehta.” Essentially, it tells the tale of his rise from poverty to riches and how he came to rule the stock market, or how he came to be known as the strongest bull on Dalal Street.

This web series depicts the biggest stock market fraud committed in 1992 by the share market’s kings, among them Harshad Mehta. It shows Harshad Mehta in two different lights. You can see a struggling Harshal Mehra in one shade, who will do anything to survive. You will see the wealthy Harshal Mehra in a different shade. Harshal Mehra is the ruler of Dalal Street and has mastered all the tricks of the Indian Stock Market. This web series demonstrates his ability to do anything for money and never for free. He married the same-minded woman he met, and they had a child together. However, he later made some errors that led to a greater failure, and he lost everything.

Overall, it’s a fantastic web series with some glitz. You should definitely watch this web series if you enjoy learning about the stock market.

This is one of the most popular adult and hot web series on Ullu app. Drama and romance are the genres of this Ullu web series. This web series was made available on May 24, 2019. This tale concerns Panchali. Panchali marries each of her five brothers. One of the educated brothers does not approve of this union. Panchal develops feelings for him. 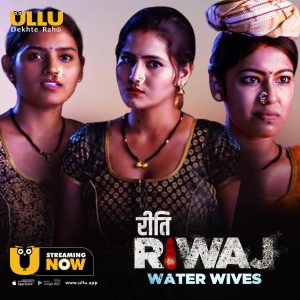 This Indian web series is called An account of Padma, a widow is compelled by her brother to barter herself in order to receive her widow’s pension. How she engages in sexual activity with powerful men to make sure she gets everything she deserves and wants. Her journey on things she had to give up in order to keep what was already rightfully hers. 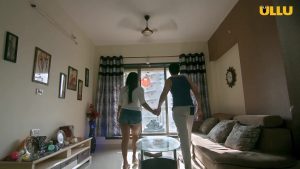 An innocent, struggling actor named Karan (Hiten Tejwani) finds out about the secrets of a Secret Society in the film “Ashuddhi.” Karan finds himself in a passionate relationship that suddenly changes course. When his landlady Vidya (Kavita Radheshyam) and Karan are introduced to a Secret Society that allegedly wields excessive amounts of power, things start to get out of hand. The series investigates these perilous covert organizations and their members, including their ideologies, ulterior motives, and ultimate objective. 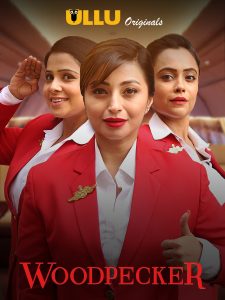 She is the most coveted CEO in town and incredibly successful. Her greed becomes uncontrollable due to her unquenchable desire to rule the world. which causes her significant problems and conflicts. What follows is what? Watch this bizarre tale about glitz and ambitions. 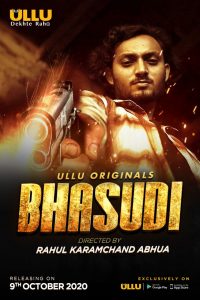 Bhasudi is a web series from India that debuted on the Ullu app. Sajid Siddiqui & Rahul Abhua are the creators and directors of the web series in the Hindi language. The drama, crime, and thriller genres, all apply to the web series. A group of young people’s lives is central to the storyline. The fact that they deal in weapons causes things to change. Things change when deadly attacks and gangster fights follow one another. 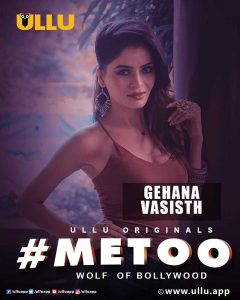 The #Metoo series is inspired by the well-known #Metoo movement, as its name suggests. This web series is based on incidents that occurred in late 2018 where numerous Bollywood actresses claimed they were harassed or molested by one or more male industry employees. This web series in particular tells the tale of a Bollywood actress who paid a high price for her fame.

This Bollywood actress was discovered dead at an event with a note that read #metoo in her bag. The male protagonist of the story then begins to look into what actually happened to her and learns how she was harassed by a powerful male in the Bollywood industry in order to pursue her dreams. It is based on actual events and is presented as a thriller, suspense, and glamorous story. You should add it to your must-watch list if you enjoy watching drama web series based on real life. 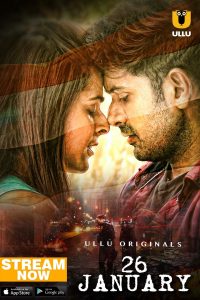 The ullu app now offers 26 January, an Indian web series. Vedh works for the ATS. He is assigned a task. Vedh develops feelings for a girl by the name of Inshiya while on this mission. But he later learned that she is a possible terrorist suspect. Will Vedh save his country or will he trust his love?

These 11 adult and hot web series on Ullu app collectively rank among the top web series. You can watch all of these web series for free on the MX Player app thanks to a partnership with the ULLU TV App.