Albert Einstein, genius of science and one of the most intelligent people in history. He has made history with his achievements in the field of modern and quantum physics. Albert Einstein quotes from his writing, interviews, addresses and works over the years give an insight into his thoughts and beliefs.

Einstein’s scientific and intellectual achievements and originality have made the word “Einstein” synonymous with “genius”. Einstein most famous achievement is the theory of relativity and the equation formula E = mc2.

Here are a few powerful and brilliant Albert Einstein quotes that will inspire you!

We bring you some of the most powerful Albert Einstein quotes

1. Mistakes are what makes a man learn
A person who never made a mistake never tried anything new. – Albert Einstein 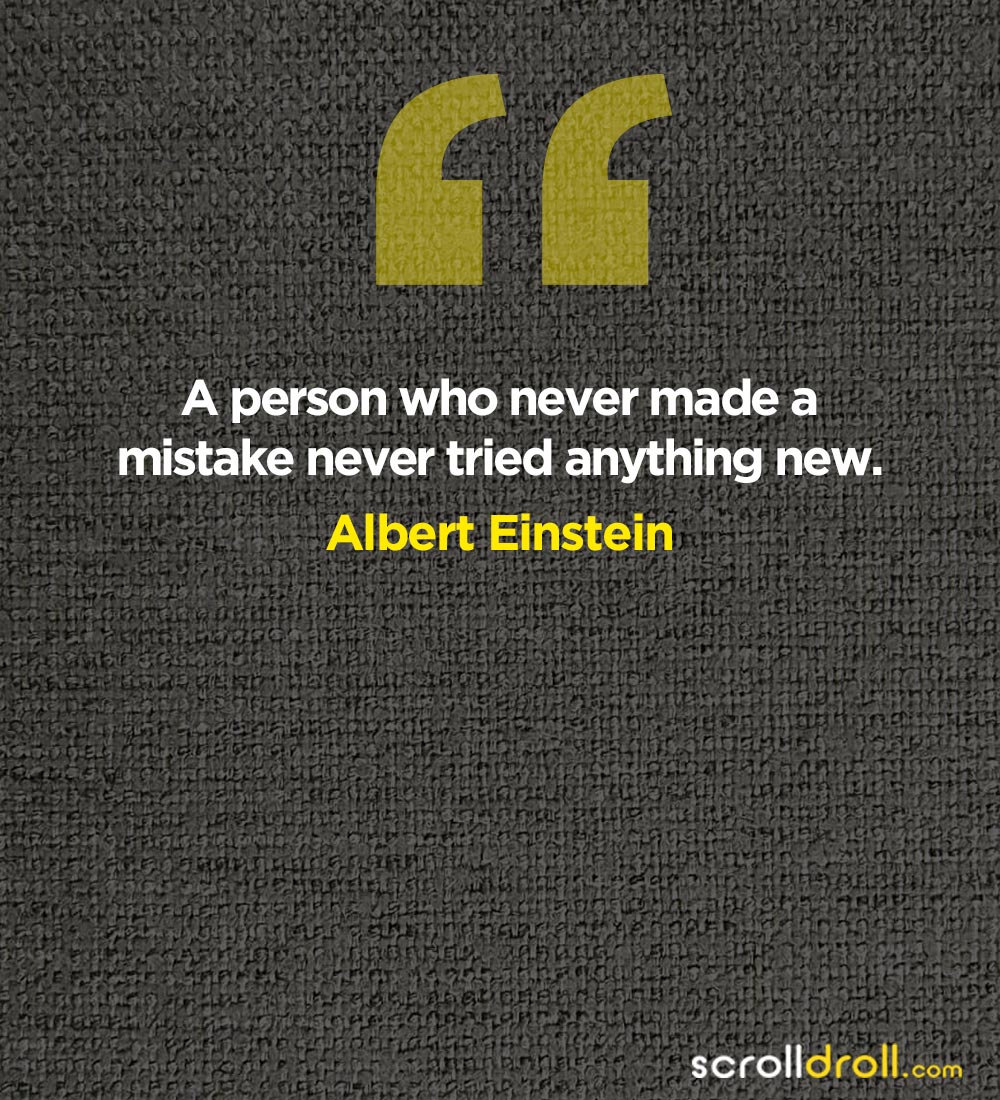 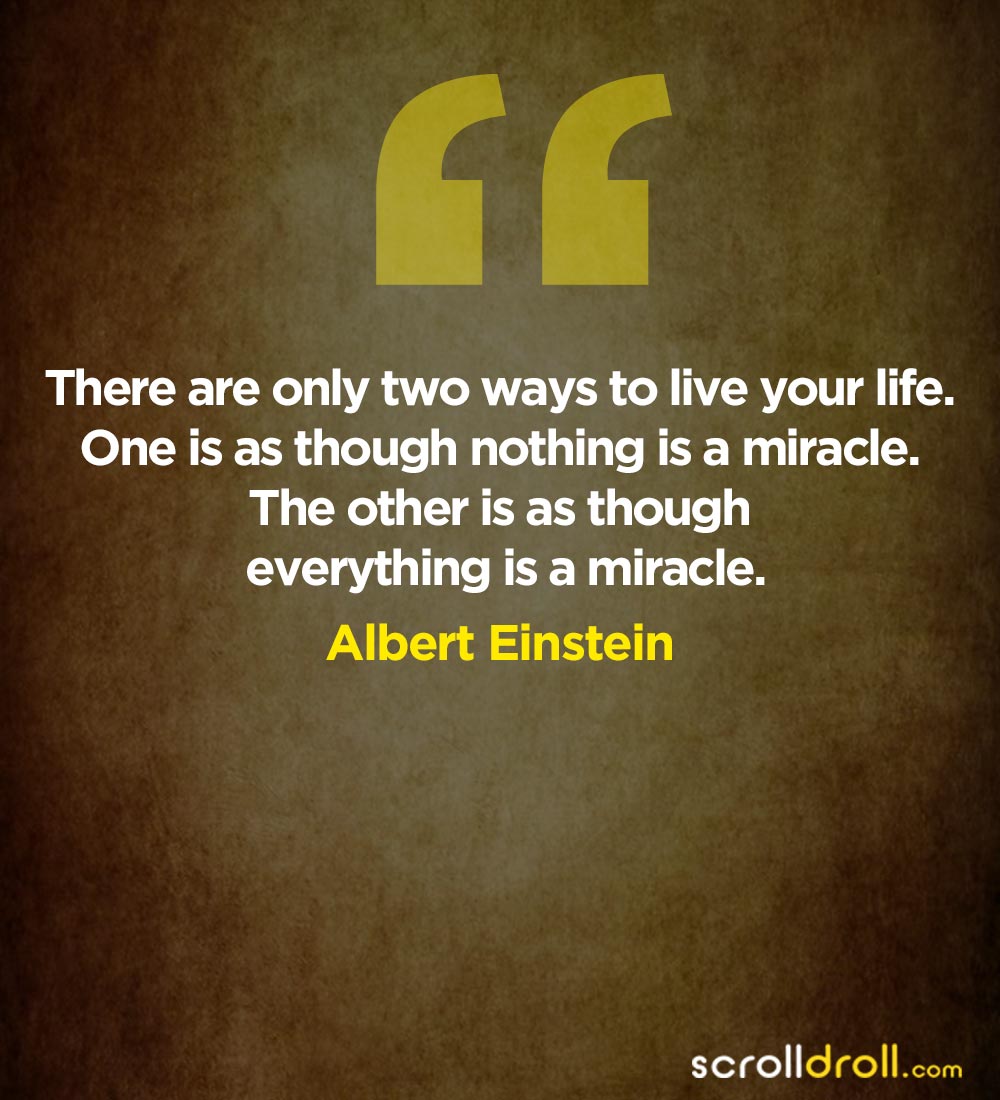 3. Everyone has different abilities
“Everybody is a genius. But if you judge a fish by its ability to climb a tree, it will live its whole life believing that it is stupid” – Albert Einstein 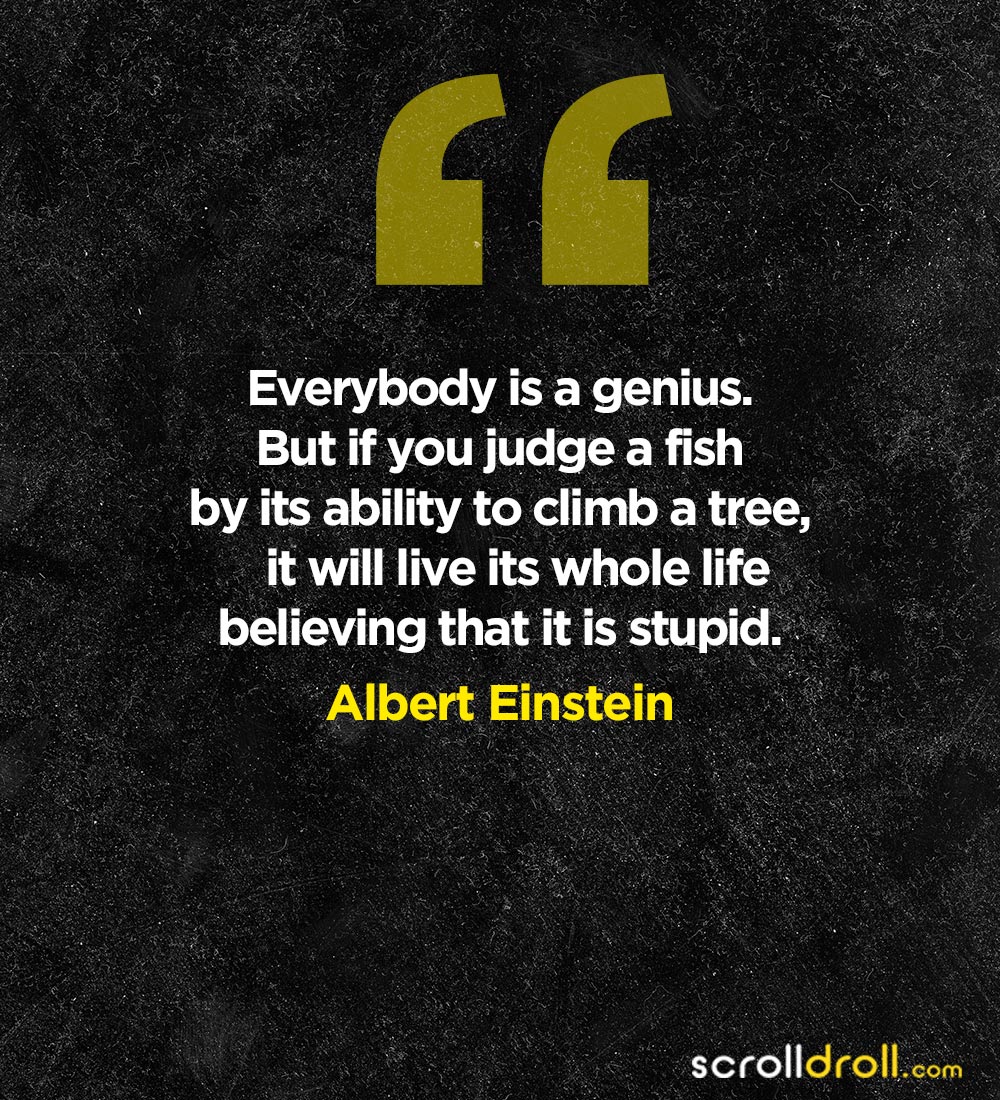 4. Do it yourself. Do it right!
“I am thankful for all of those who said no to me, It’s because of them I’m doing it myself.” – Albert Einstein 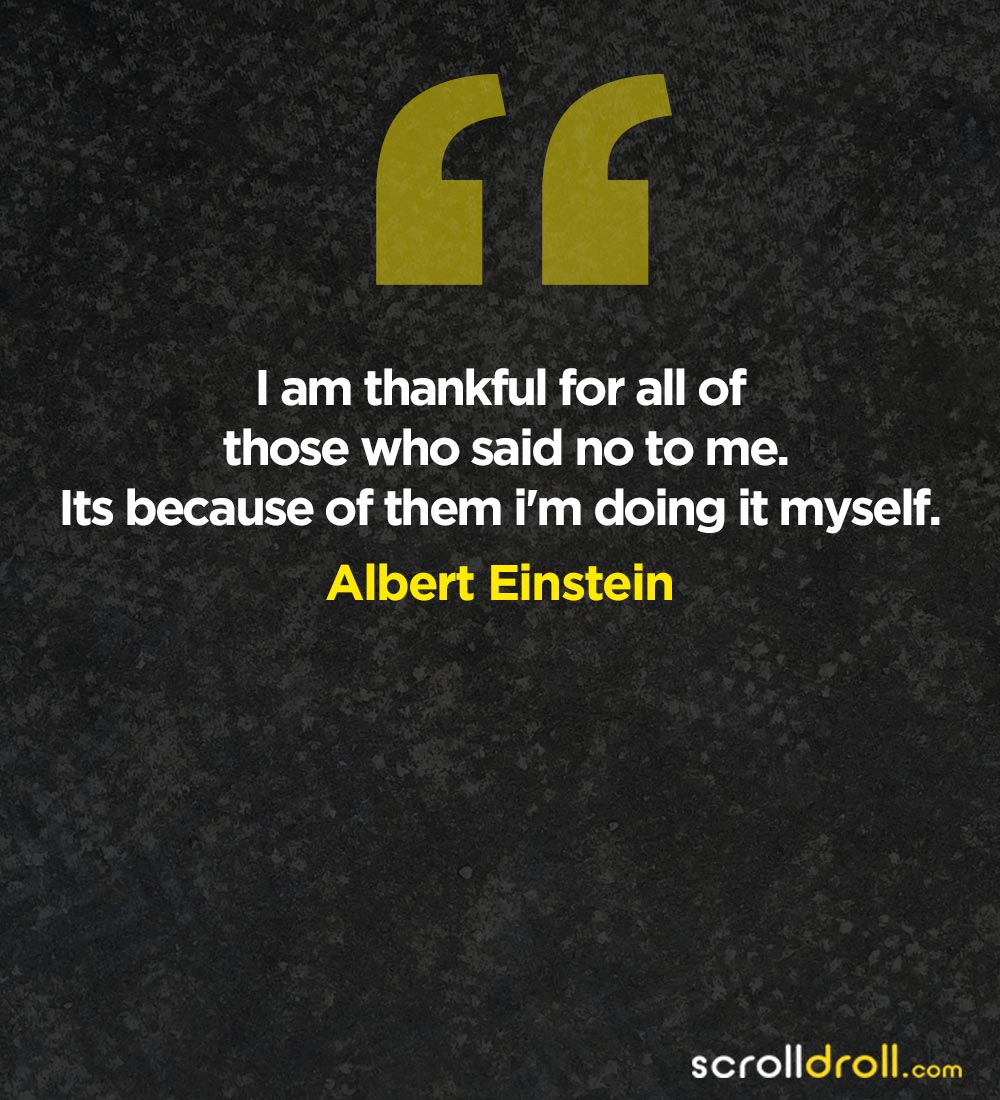 5. Even he had his limits
“The difference between stupidity and genius is that genius that its limits.” – Albert Einstein 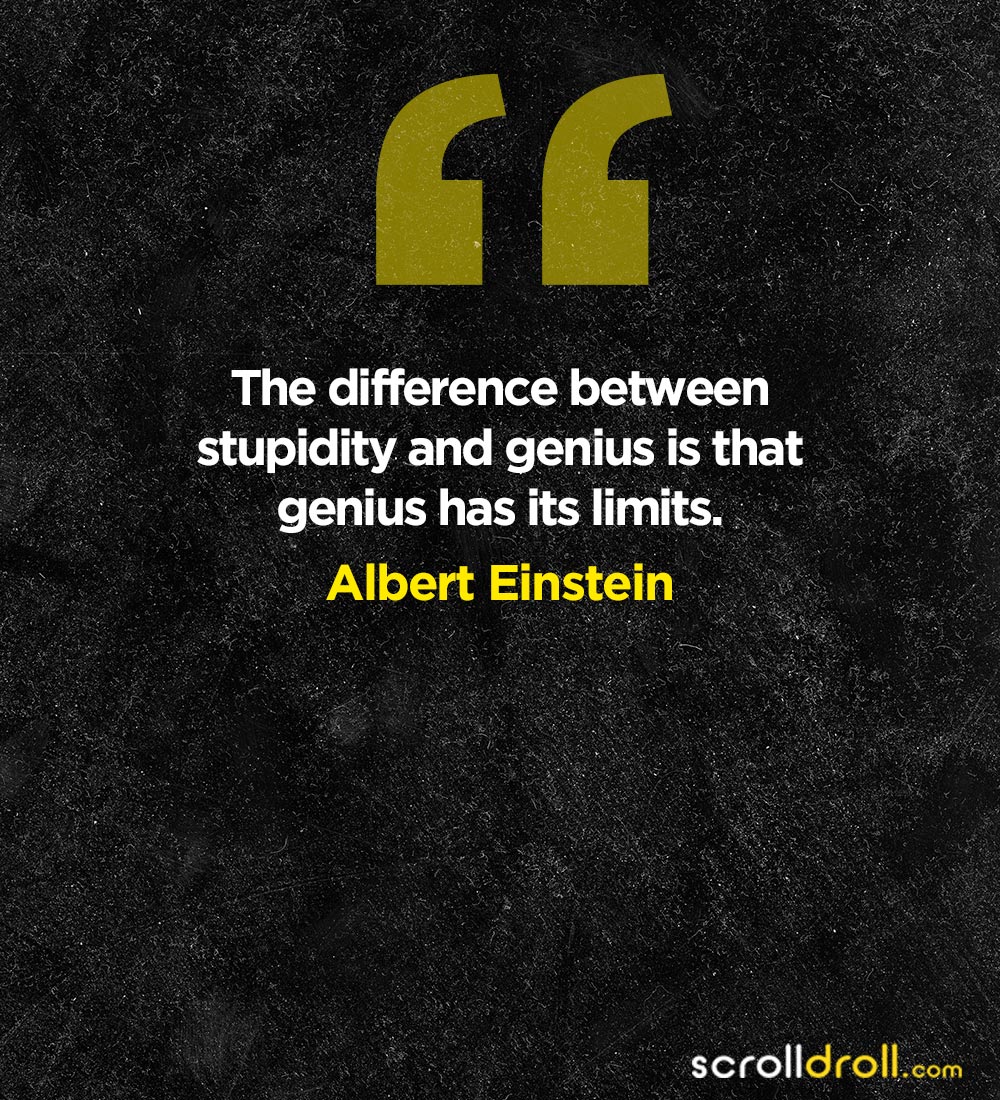 6. Education remains
“Education is what remains after one has forgotten what one has learned in school.” – Albert Einstein 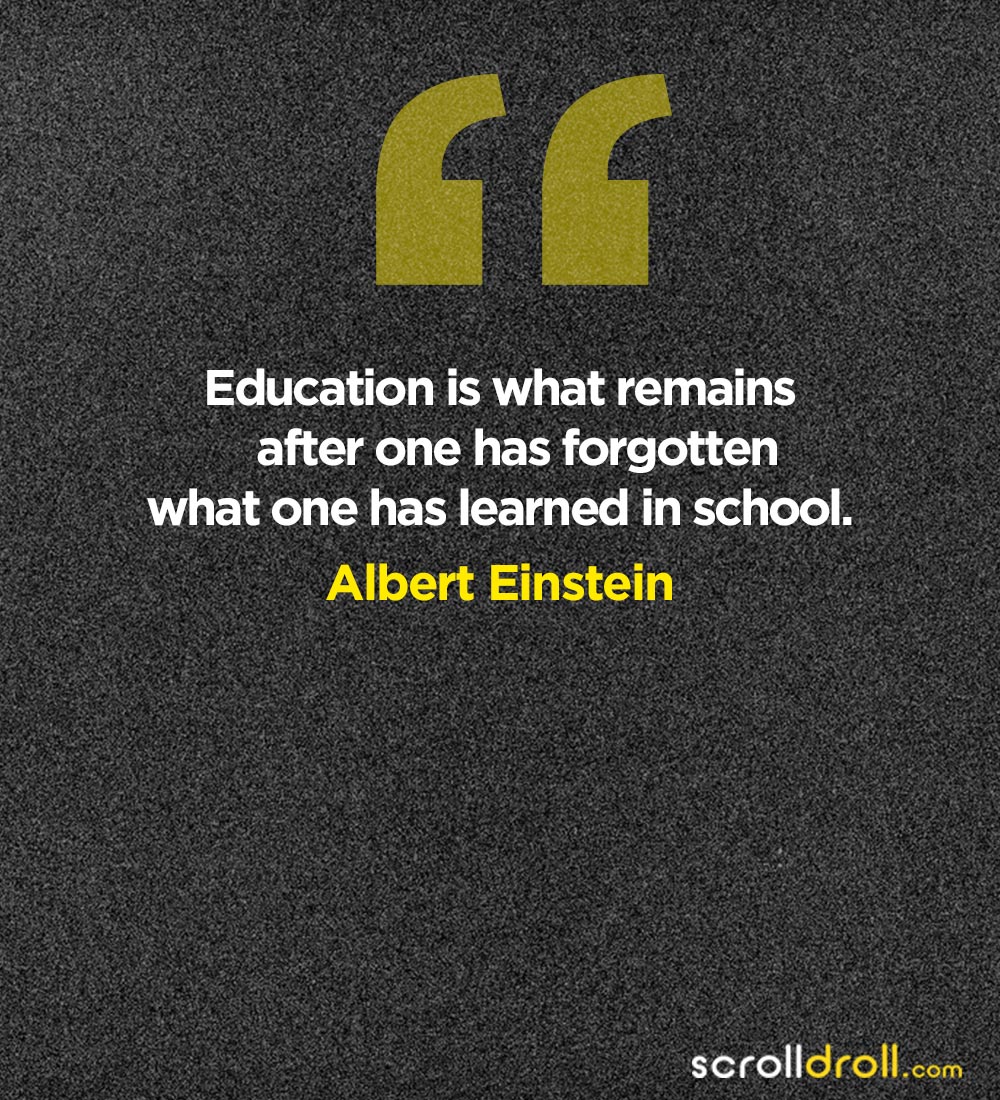 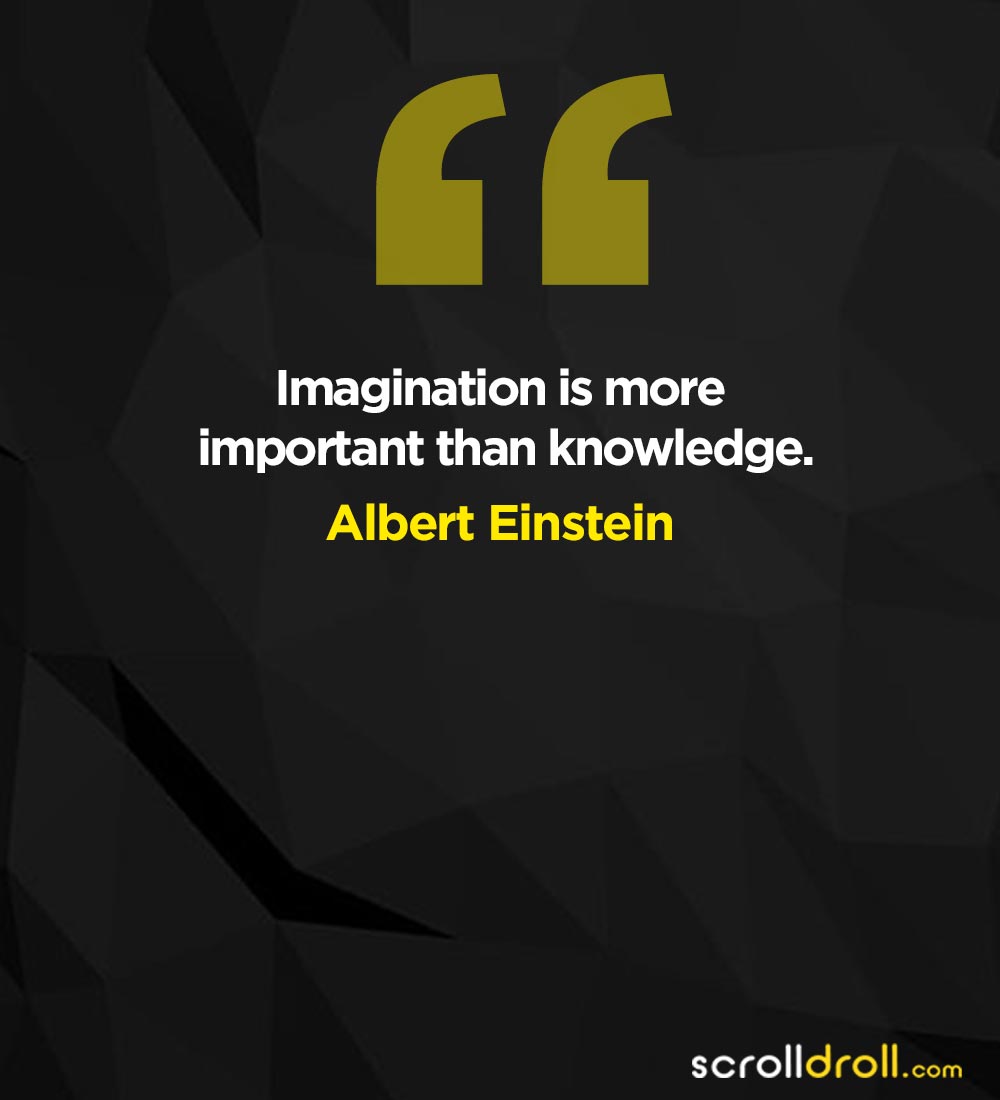 8. Keep Riding…
“Life is like riding a bicycle. To keep your balance you must keep moving.” “I thought of that while riding my bicycle.” – Albert Einstein 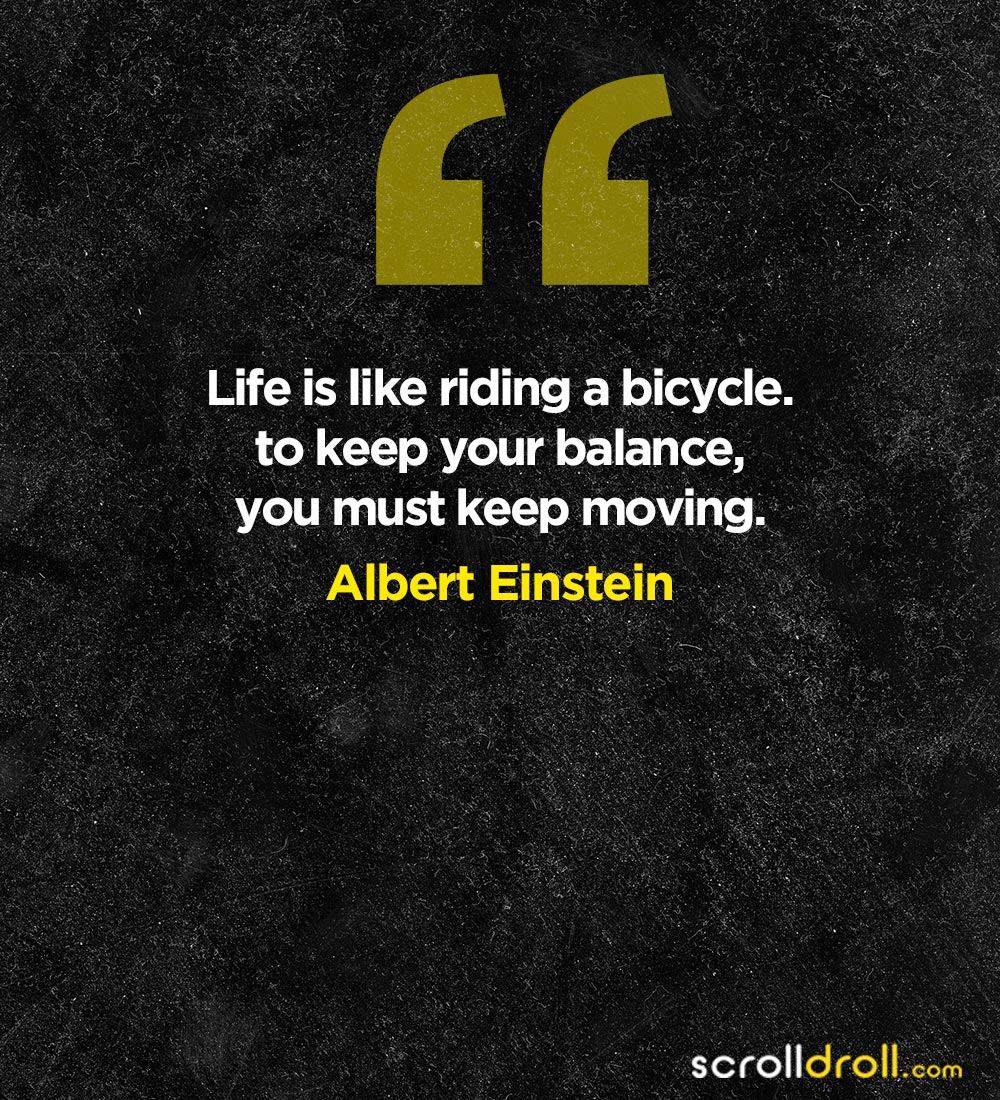 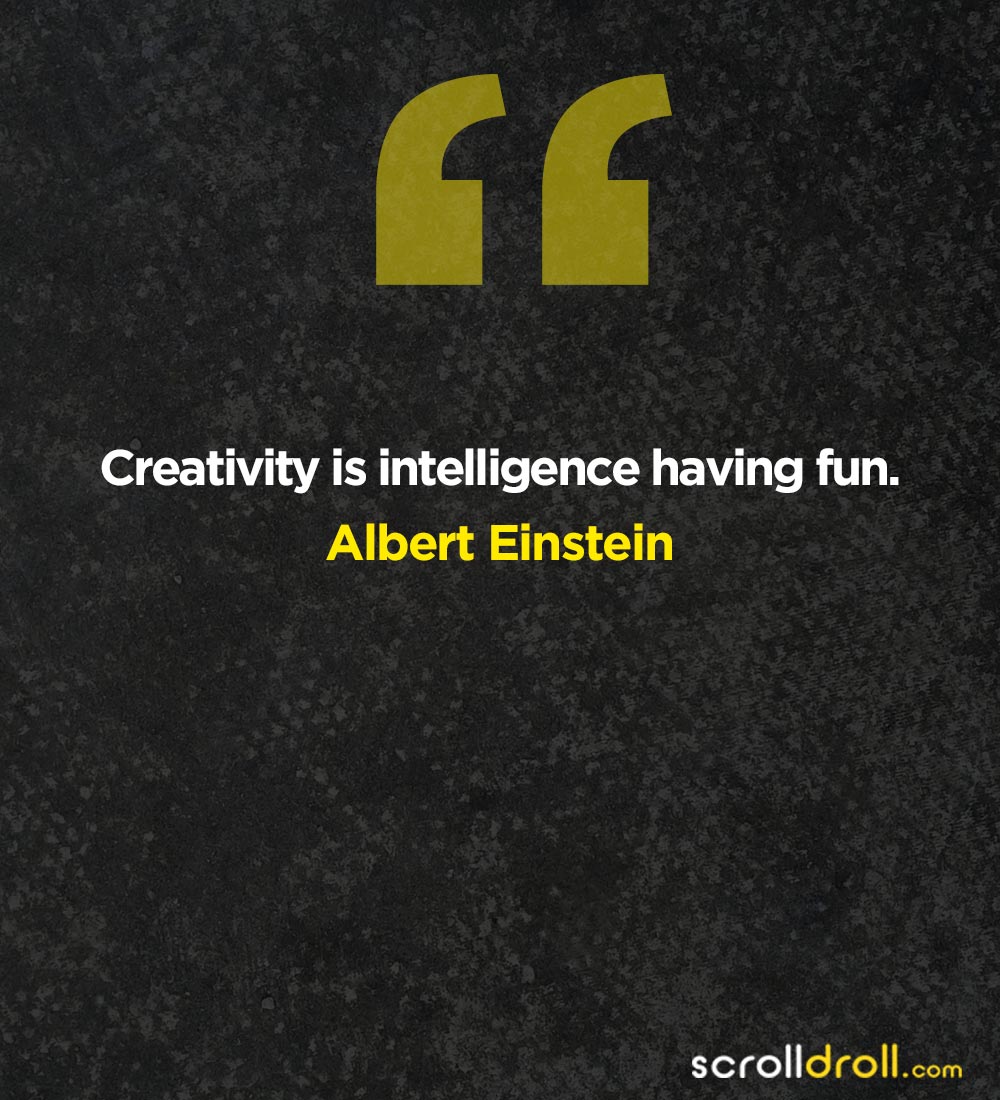 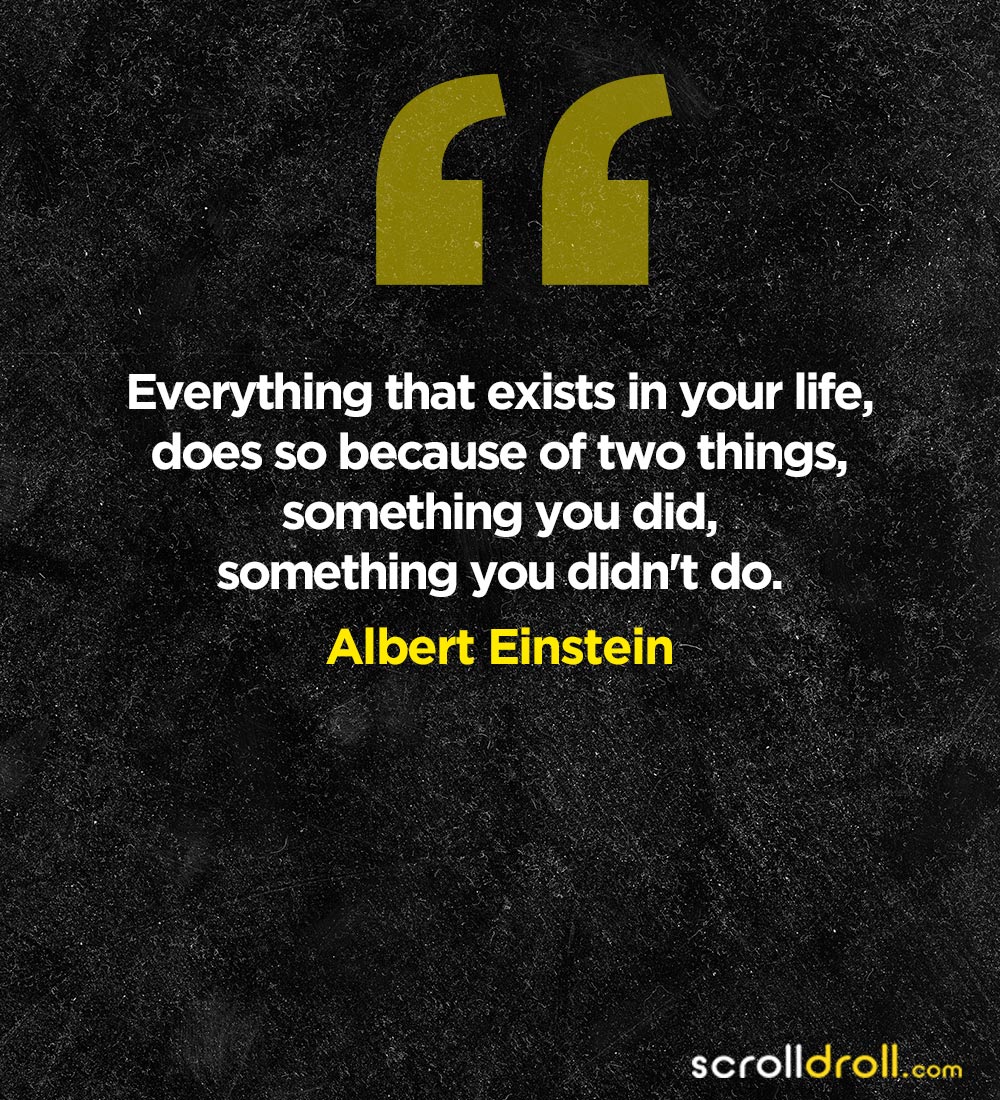 11. We should not let other people define our happiness
“If you want to live a happy life, tie it to a goal, not to people or things.” – Albert Einstein 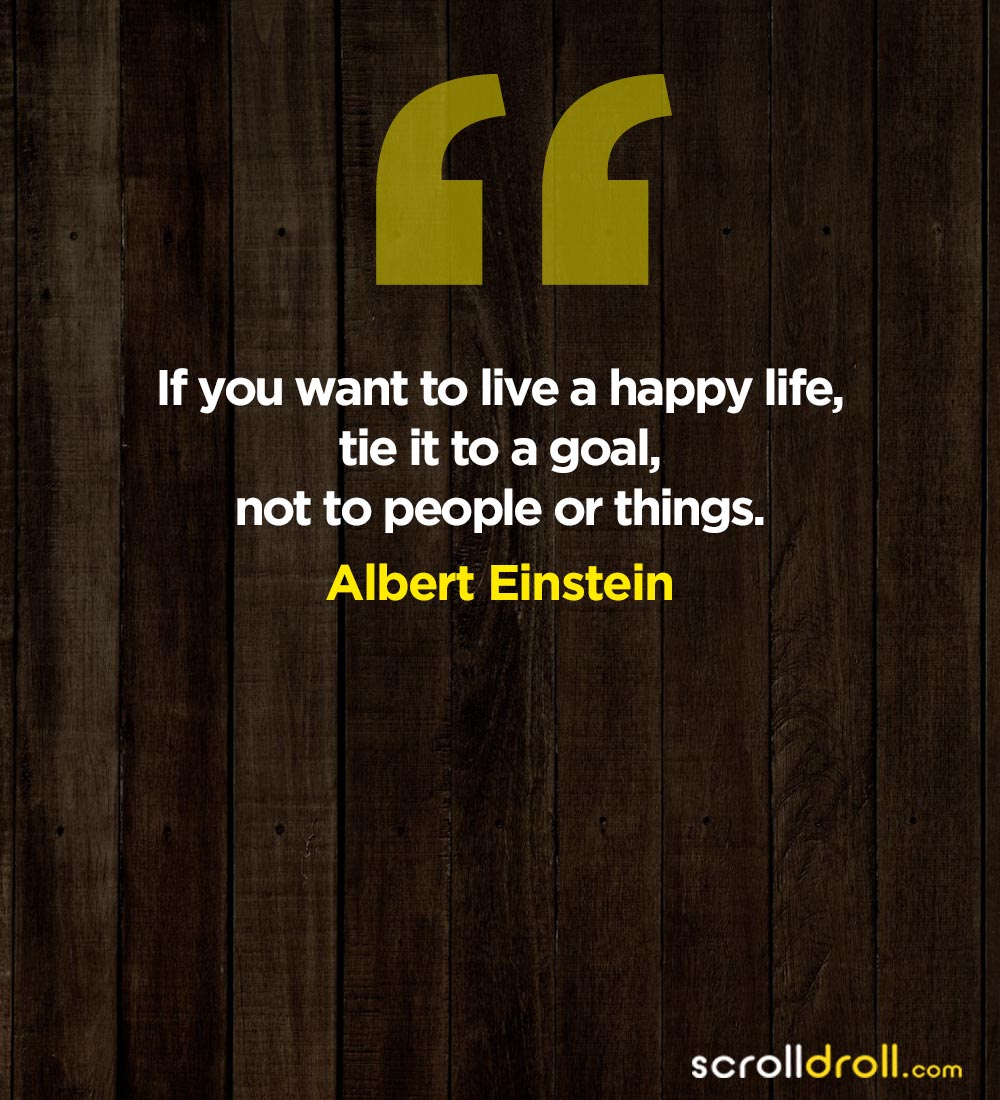 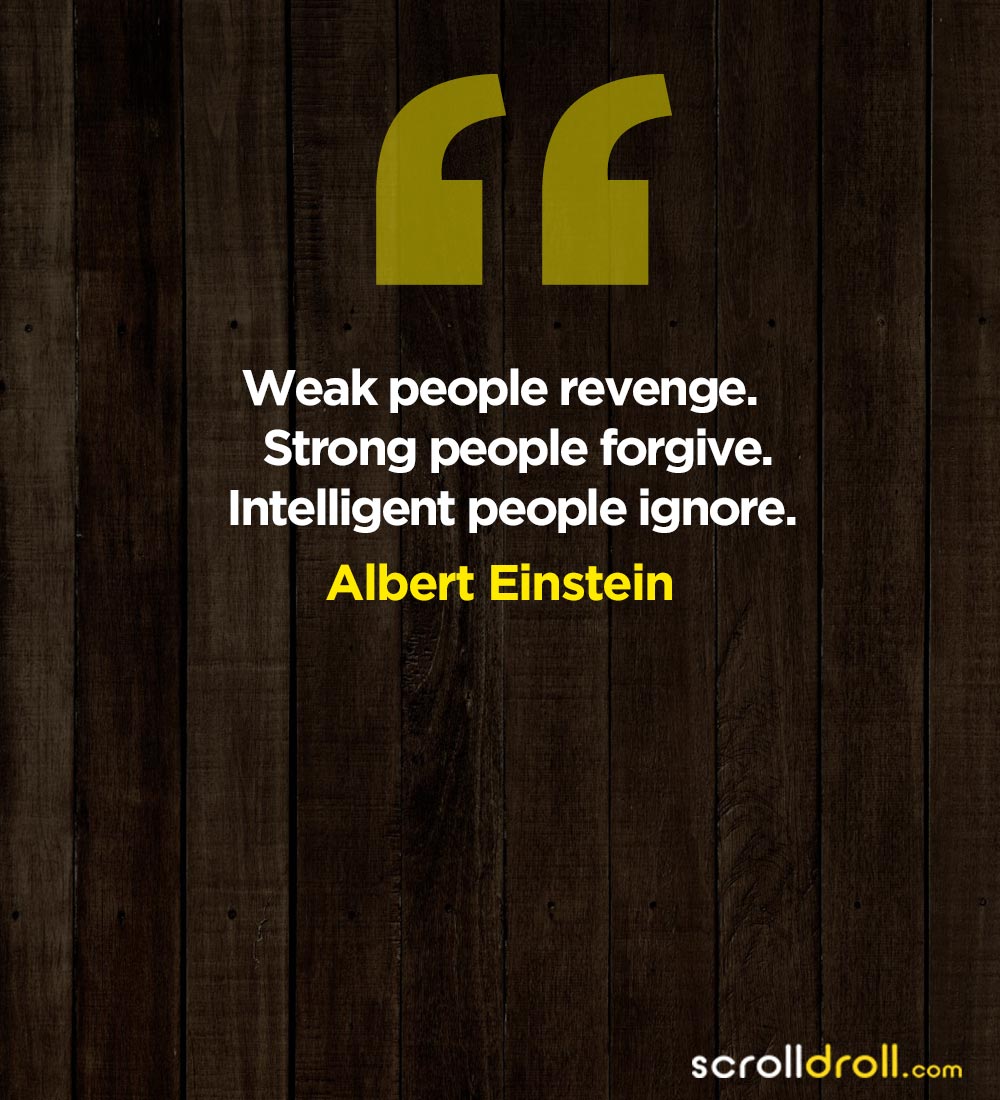 13. If we understand something enough, we could be able to explain it
“If you can’t explain it simply, you don’t understand it well enough.” – Albert Einstein 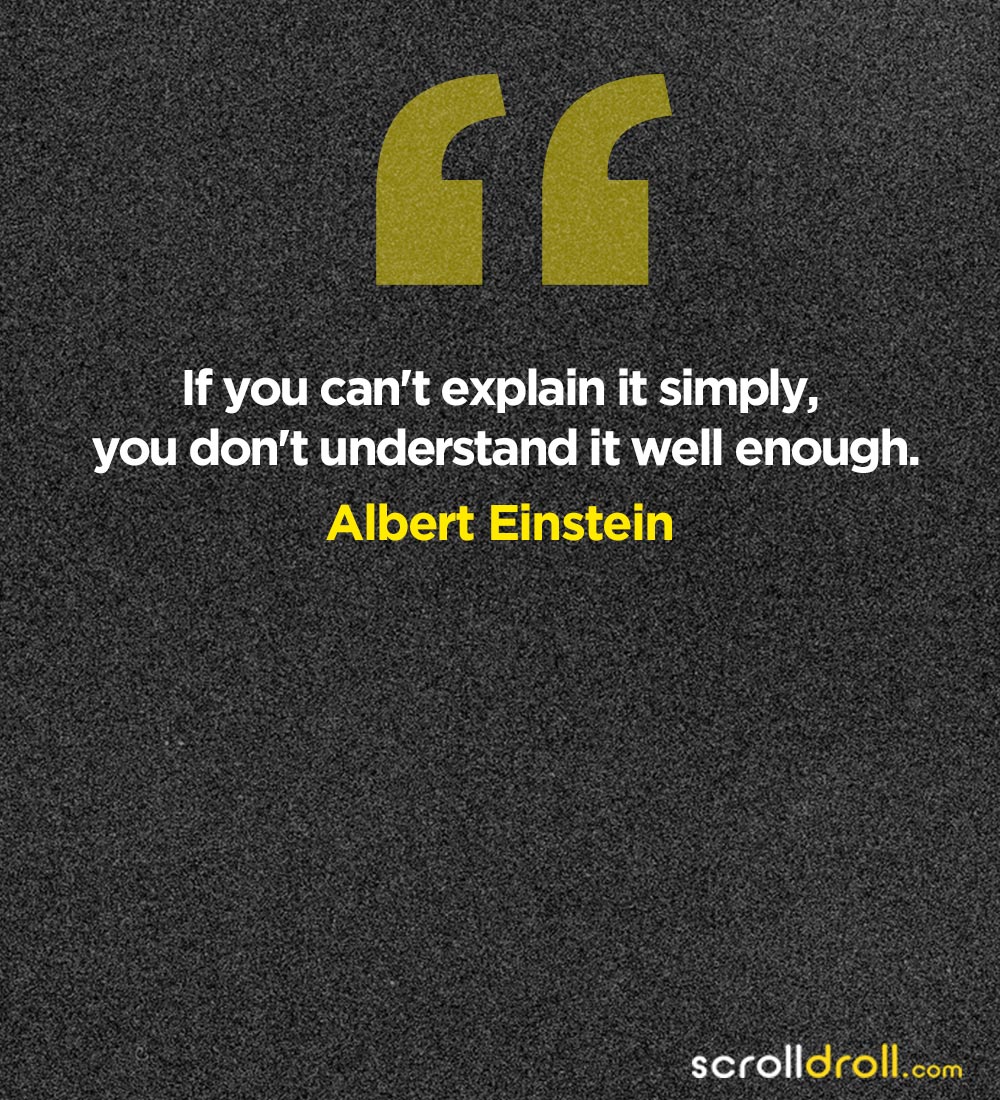 14. Education Defined!
“Education is not the learning of facts, but the training of the mind to think.” – Albert Einstein 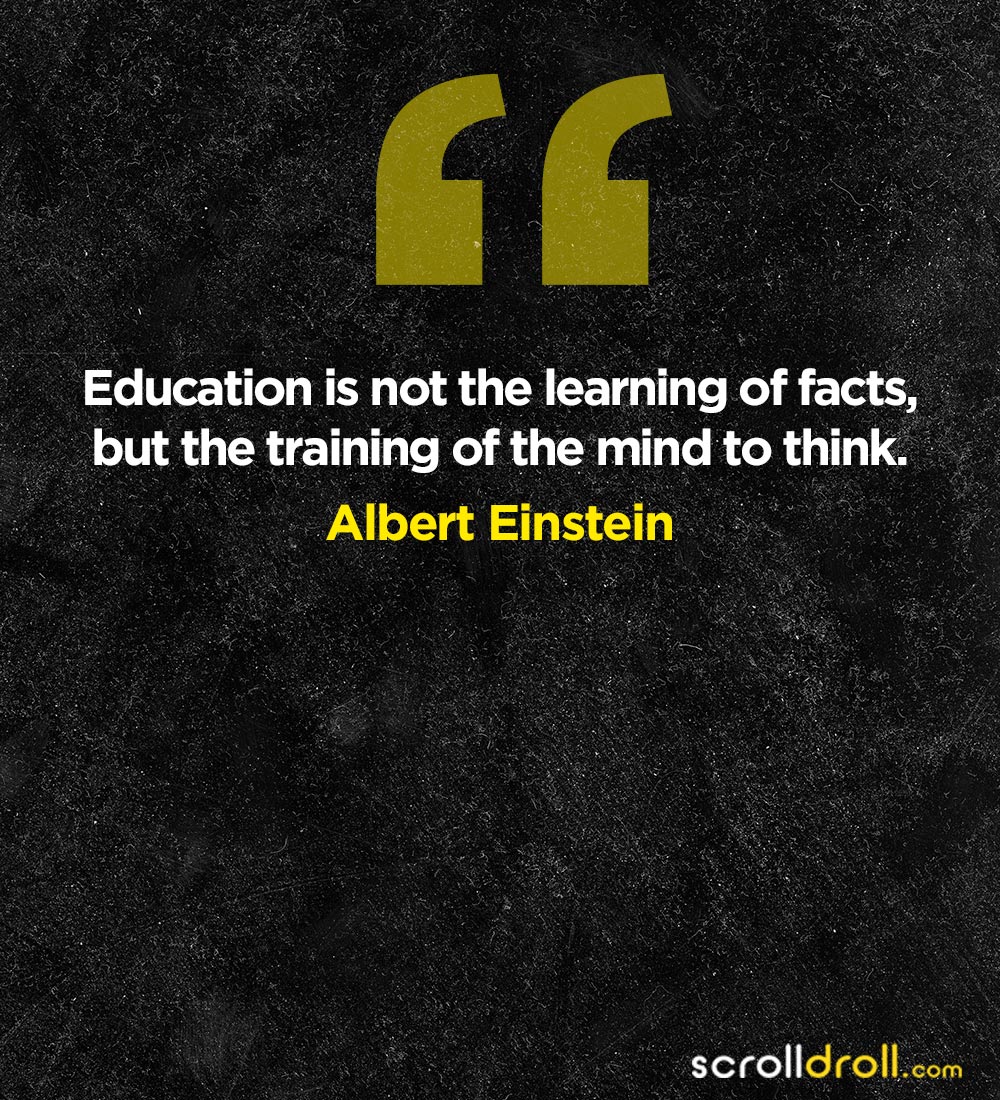 These Albert Einstein quotes make us understand the historic genius a little more and how he achieved his success without fear of imagination.