Time is the greatest enemy of mankind and the structures that have been built through the ages. Time is unstoppable, and time is relative too, some of the Wonders of the Ancient World have stood through everything that time has brought upon them while some are just a part of archaeological ruins and literature.

Here is a list of some of the great Ancient Wonders. 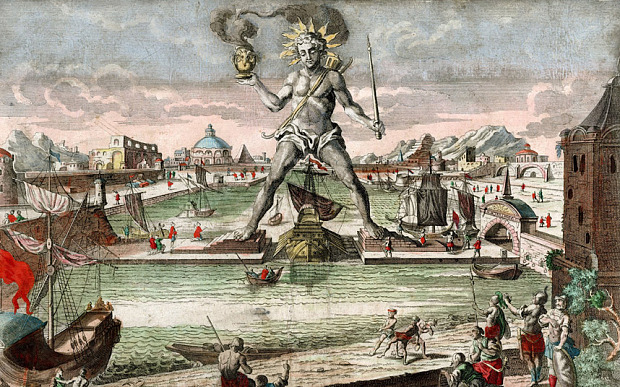 2. The Hanging Gardens of Babylon

Where the Hanging Gardens of Babylon was exactly built is not known to anybody. But the most commonly held belief is that the ancient hanging gardens were created by Babylonians under the leadership of King Nebuchadnezzar II, who ruled between 605 and 562 BC.
Due to lack of evidence, it is also believed to be purely mythical. But, because of the long descriptions of the garden in Greek and Roman literature, many historians believe it to be based in real time and space. 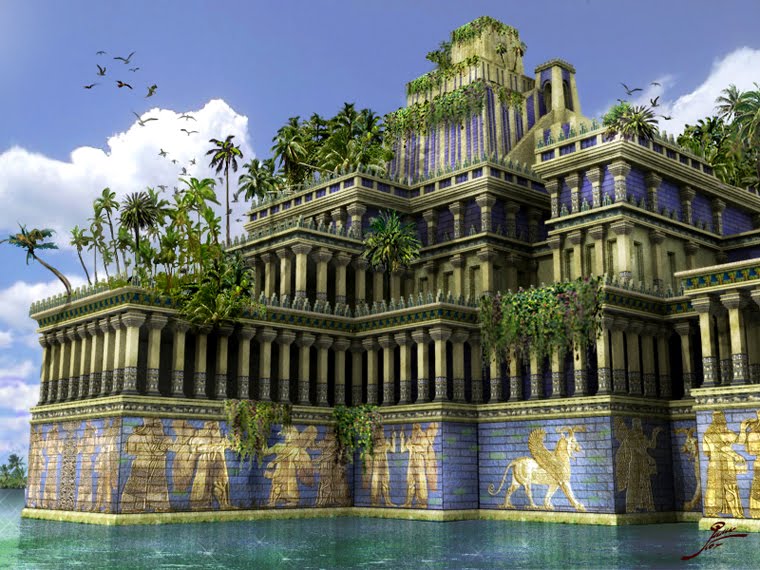 3. The Tower of Babel

Like the Hanging Gardens of Babylon, the Tower of Babel most likely, a fictional building which is mentioned in the Book of Genesis. Following the Great Flood, the Bible claims humanity was united with a single language. To prove their prowess and to make a name for themselves, they decided to build a huge tower leading into the heavens. However, upon seeing it, God realized a united mankind could achieve anything they put their minds to. This did not resonate with the Old Testament’s vengeful version of God, and he descended to Earth to confound their language and break up the unity of mankind. The Tower of Babel may not have existed at all, although it could have been inspired by real structures, such as the Etermenanki, a 91 meter (300 ft) tall ziggurat built to the Mesopotamian god Marduk in around 610 BC. 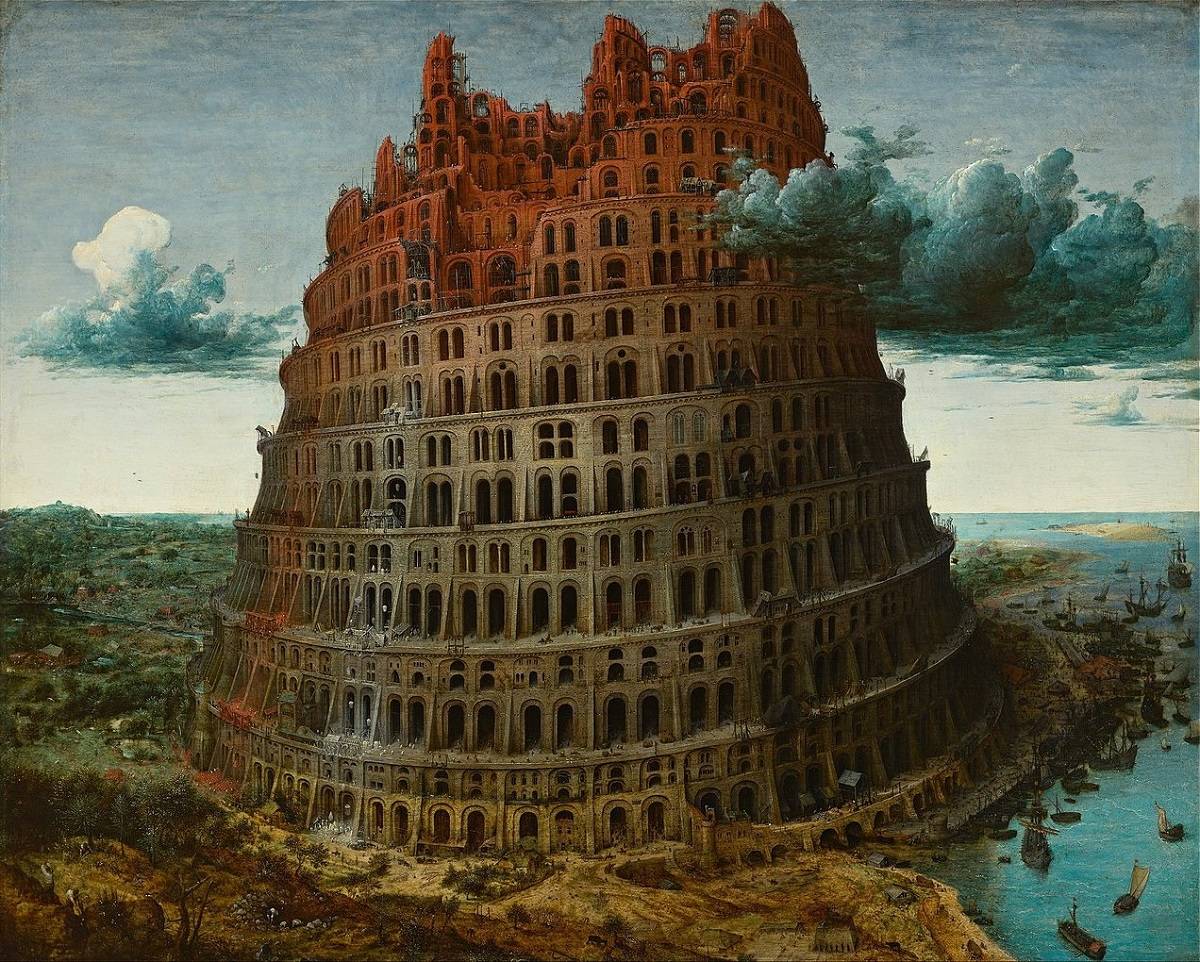 4. The Great Sphinx of Giza

Although not an Ancient Wonder, the Sphinx at Giza does sit right next to the only remaining Ancient Wonder in Egypt, the Great Pyramid. Of course, it still exists today, although it is in a somewhat miserable state. The Sphinx is the largest surviving monolith statue in the world, standing at 73.5 meters (241 feet) long and 20.22 meters (66.34 feet) high and is believed to have been built by the ancient Egyptians around 2558-2532 BC – making it the oldest ‘wonder’ on this list. The nose of the Sphinx is famously missing, and no one’s quite sure how it happened. Some blame iconoclasm at the hand of a man known as Muhammad Sa’im al-Dahr, others claim Napoleon shot it off with a cannonball, while others blame British troops or the Mamluks. 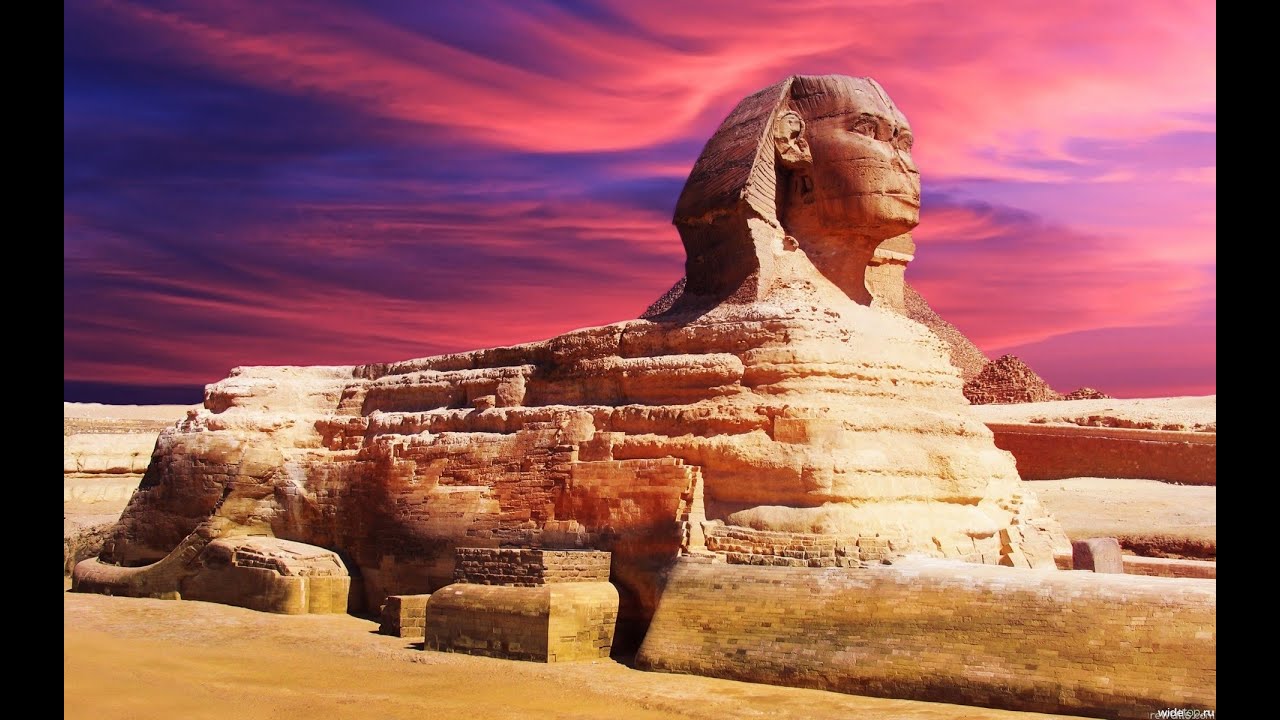 The Taqi ad-Din observatory was one of the largest astronomical observatories ever built in the Islamic world. Constructed in Istanbul in 1577, it only stood for three years until it was destroyed. The observatory, which consisted of two buildings, contained a giant maxillary sphere and an accurate mechanical astronomical clock for measuring the positions of the planets. With these, Taqi ad-Din hoped to update old models on the motion of celestial bodies. However, several months after its completion an enormous comet was spotted and Sultan Murad III demanded a prognostication from Taqi ad-Din. The astronomer claimed it was a good omen for their war against Persia, however soon a terrible plague afflicted parts of the Ottoman Empire. Taqi al-Dun was able to work for three more years before the observatory was destroyed by opponents of astronomy and prognostication, which must have pissed him off very badly. 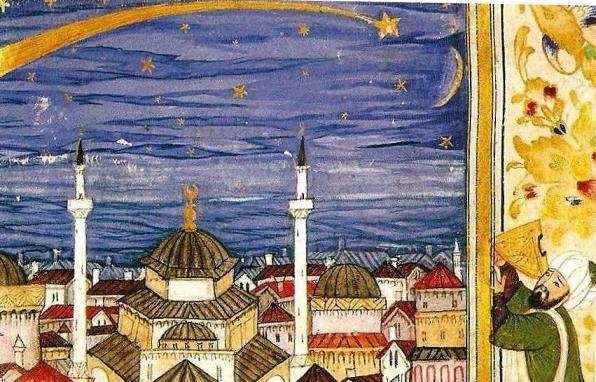 Not an Ancient Wonder exactly, but a world famous site, the Parthenon at the Acropolis in Athens, Greece was a former temple dedicated to the city state’s patron goddess, Athena. Much of the Parthenon remains today and it is perhaps ones of the most popular tourist destinations in Greece, if not Europe. The temple we see today was constructed around 438 BC and has changed a lot since its initial construction. It was converted into a treasury building, while it subsequently became a Christian church in the sixth century. Later, in the 1460s, it was turned into a mosque by Ottoman conquerors, but it was partially destroyed in 1687 when an Ottoman ammunition dump inside the temple was ignited by Venetian bombardment.

7. The Temple of Artemis

The Temple of Artemis, another Greek Ancient Wonder on this list, was a temple dedicated to the Greek goddess of hunting, the wilderness and wild animals, Artemis, it is located in modern day Turkey. Although rendered partially ruined in the artist’s interpretation, the final version of the temple, which included 127 columns, was a likely a 137 meters (450 feet long), 69 meters (225 feet) wide and 18 meters (60 feet) high. The Temple was actually destroyed and rebuilt three times. First, it was destroyed by a flood in the 7th century BC, it was later rebuilt and almost immediately burned down in an act of arson. The final version was started in 323 BC and it is unclear when it was finally destroyed. Most likely it was sacked and burned by Goths (the East Germanic tribe, not the depressed teenagers) around 268 AD. The ruins of the temple are still visible today.

8. The statue of Zeus

The statue of Zeus at Olympia, Greece was built by the Greek sculptor Phidias in 430 BC as a shrine to honour the Greek God.The statue was the tallest of the Mediterranean world. This giant was made from a wooden frame of cedar wood and was then covered with ivory, ebony, bronze, gold leaf and precious stones. The statue was stripped of its gold in 391 AD by Christian Emporer Theodosius. What remains today is the temple’s fallen columns, which were uncovered in the 19th and 20th-century archeological digs. 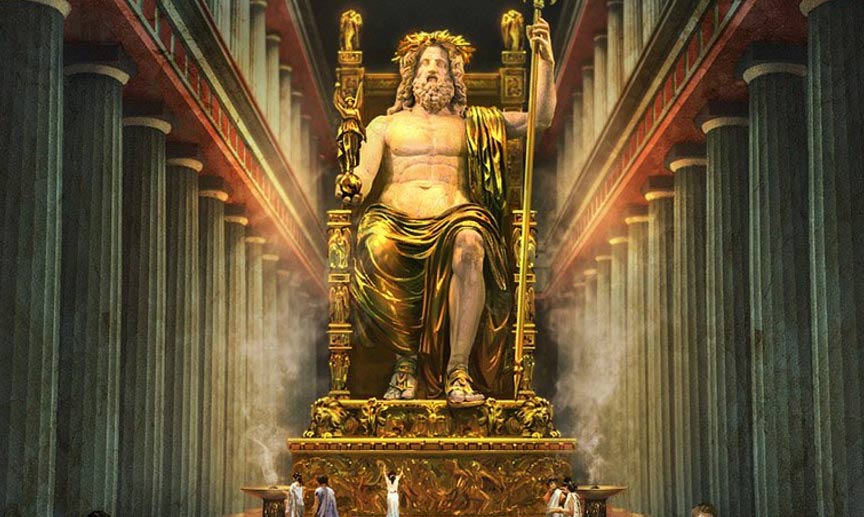 Recognizable from Indiana Jones and The Last Crusade, Petra is an ancient city carved out of natural rock and is located in Southern Jordan. It still exists today and is Jordan’s most popular tourist destination. The Treasury, the building shown below, is perhaps its most famous site, although the city sprawls over a large area. Unlike the picture below, there isn’t a major road right in front of it, Petra has been described as under threat from unsustainable tourism. The site was actually unknown to the Western world until 1812, when Swiss explorer Johann Ludwig Burckhardt was introduced to by locals. UNESCO describes Petra as “one of the most precious cultural properties of man’s cultural heritage.” 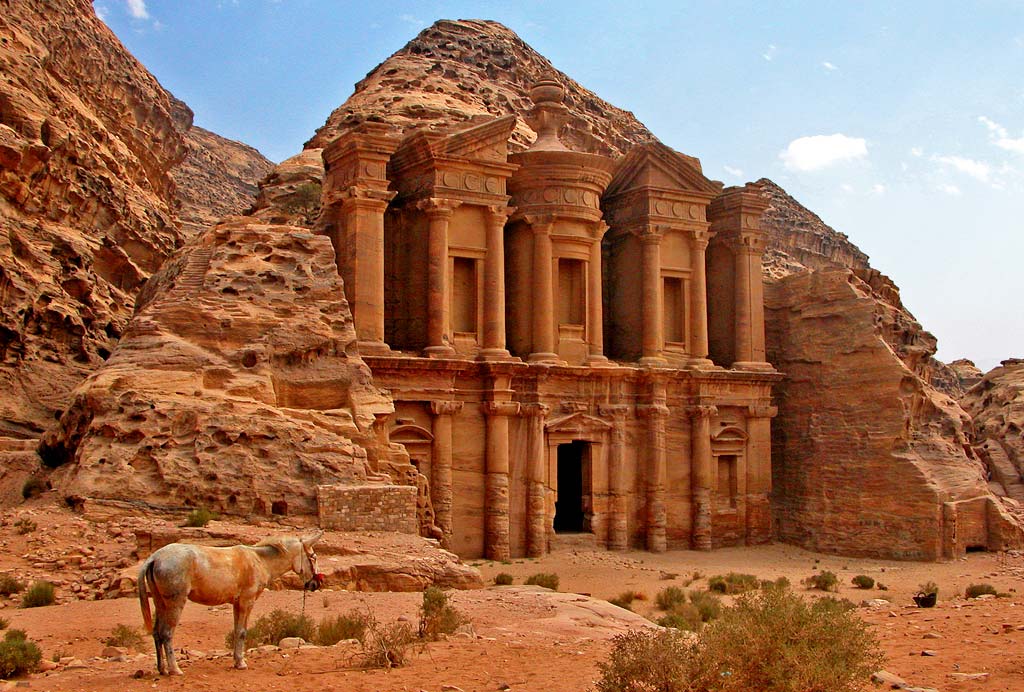 Some of these ancient wonders of the world were undoubtedly far ahead of their times and makes us rethink the scientific knowledge, architectural acumen and incredibility of the ancient civilizations.

These Women Bikers Are Heading Out For Long Trips & Breaking Stereotypes