15 Anne Frank Quotes That Teach Us To Be Kind

Perhaps the most famous victim of the Jewish holocaust, Anne Frank was a young German-dutch who gained worldwide fame when her diary was published by her father after she had died. The diary, titled The Diary of a Young Girl when published, has since been translated in over seventy languages. In 1942, Anne, along with her family, had to go into hiding to save themselves from Nazi persecution. They were arrested by the Gestapo in the year 1944 and were transferred into concentration camps – where all Franks perished except for Anne’s father, Otto Frank. These Anne Frank quotes taken from her world-renowned book provide an insight into the gentle, empathetic young woman’s mind who, despite her enormous potential, was a life lost to an unnecessary war.

Also read: 25 Adolf Hitler Quotes That Give An Insight Into The Nazi Ideology

1. How wonderful it is that nobody need wait a single moment before starting to improve the world. 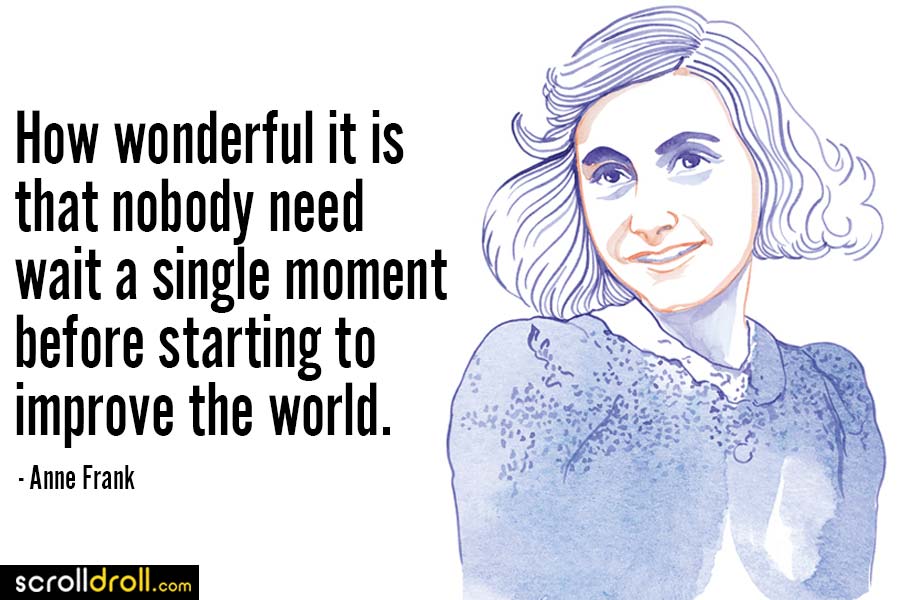 2. In spite of everything, I still believe that people are really good at heart. 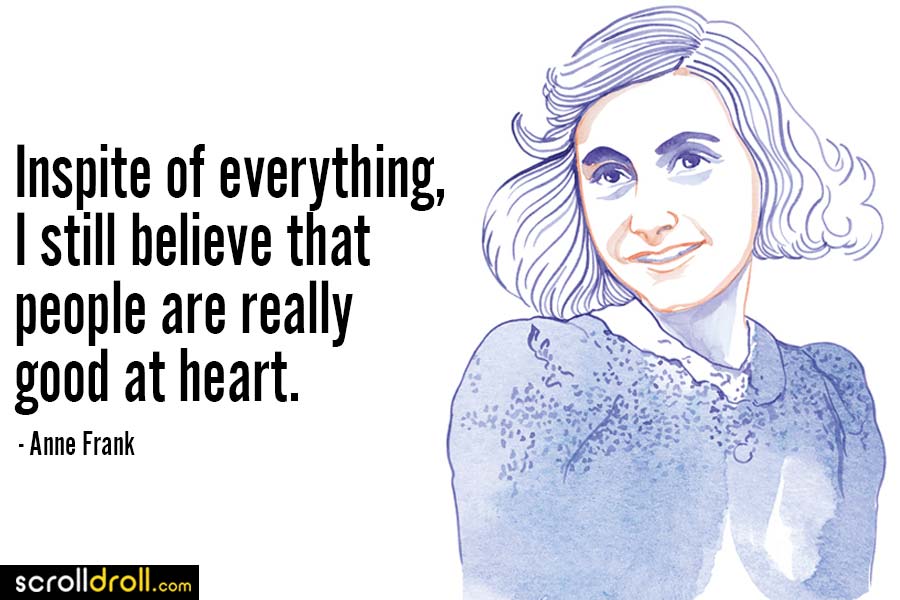 3. Think of all the beauty still left around you and be happy. 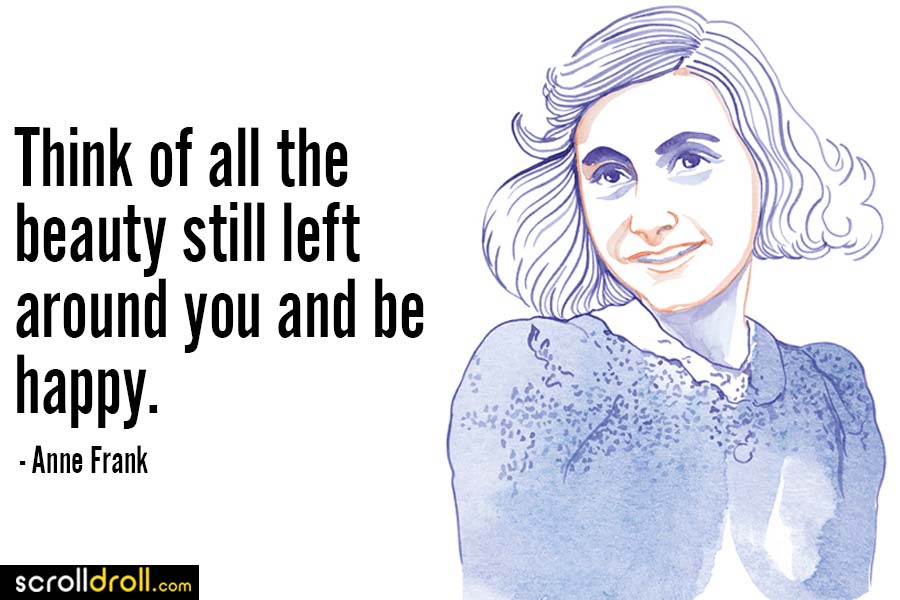 4. No one has ever become poor by giving. 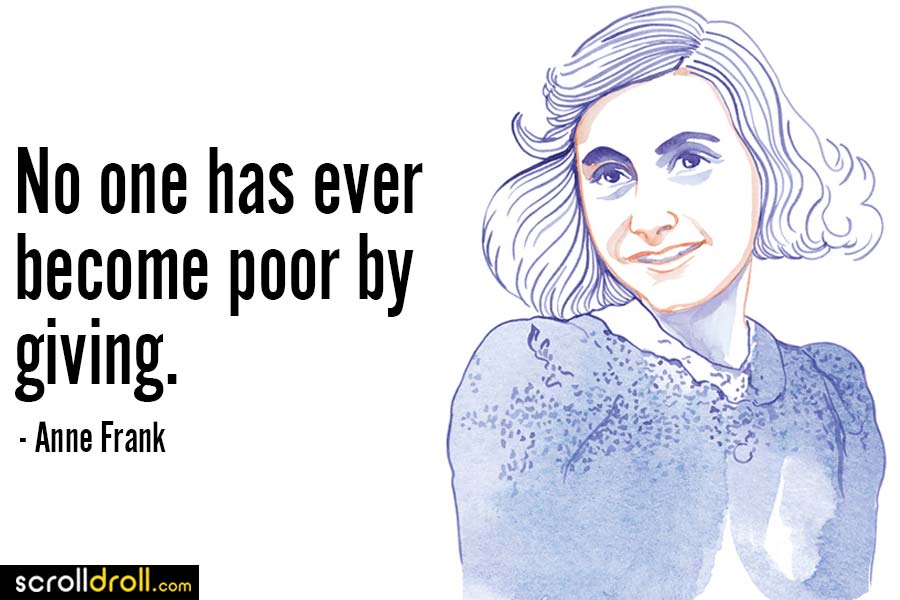 5. Parents can only give good advice or put them on the right paths, but the final forming of a person’s character lies in their own hands. 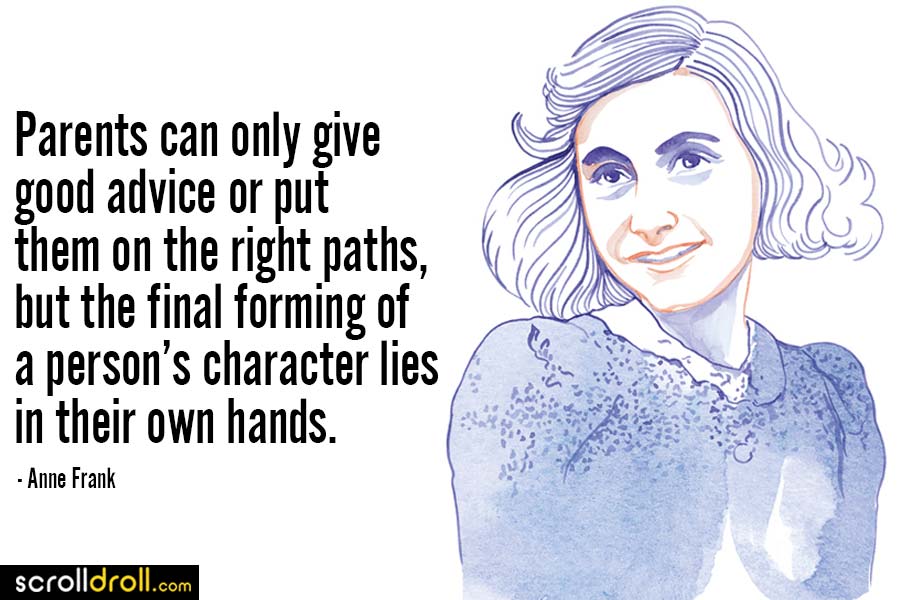 6. The best remedy for those who are afraid, lonely, or unhappy is to go outside, somewhere where they can be quite alone with the heavens, nature and God. 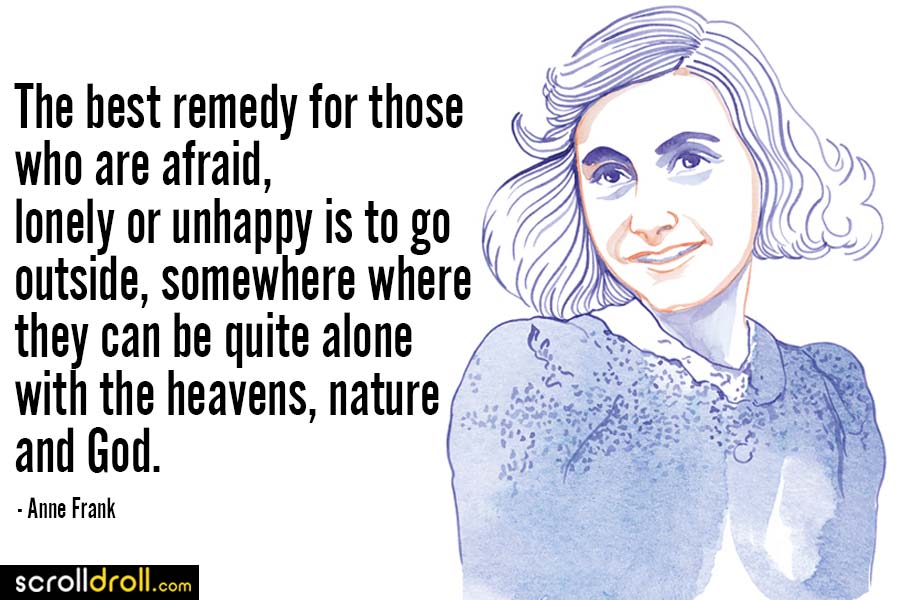 7. I don’t think of all the misery, but of the beauty that still remains. 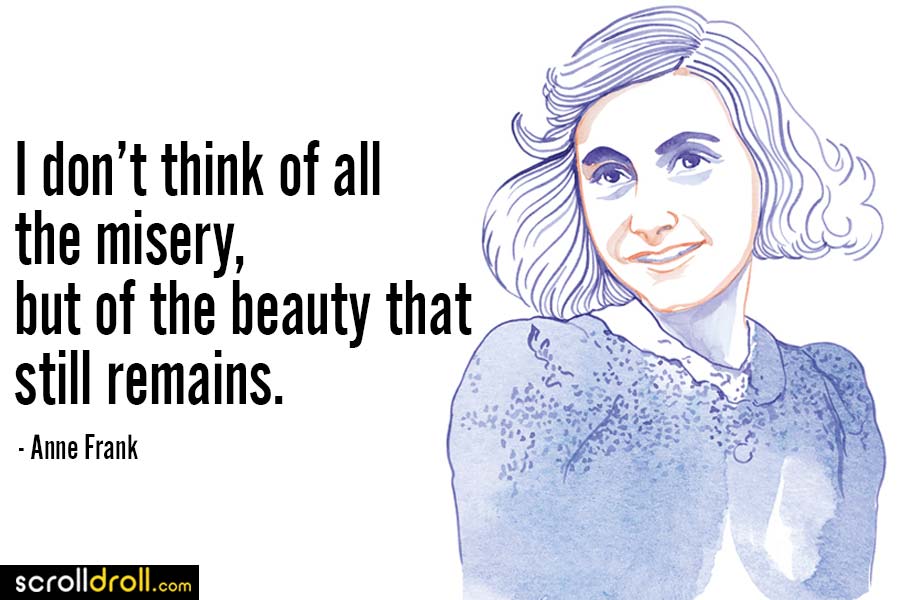 8. In the long run, the sharpest weapon of all is a kind and gentle spirit. 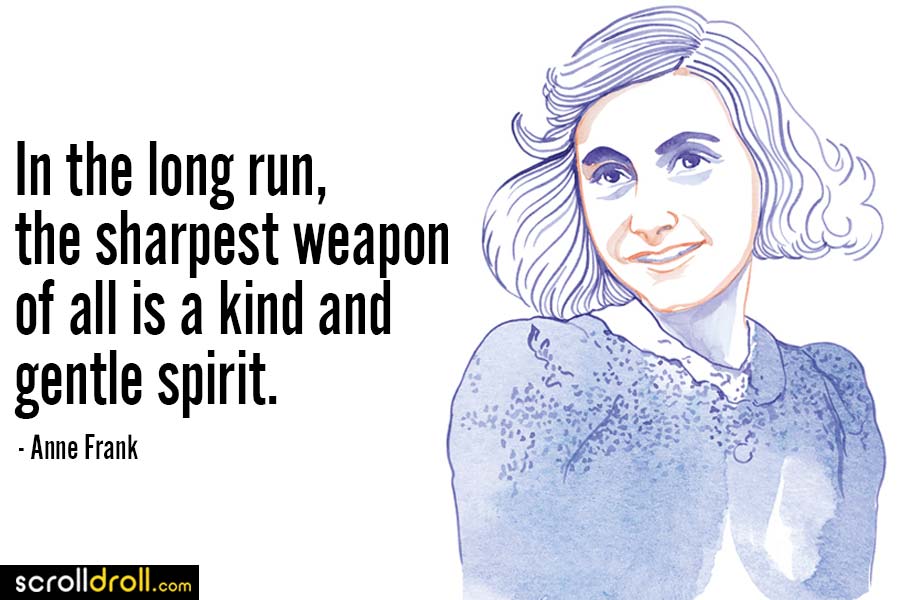 9. Where there’s hope, there’s life. It fills us with fresh courage and makes us strong again. 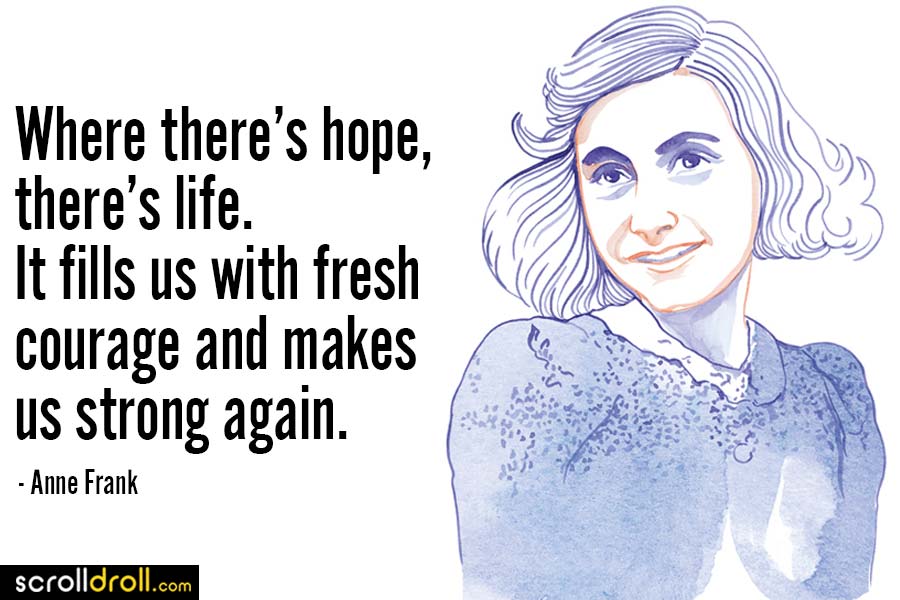 10. Human greatness does not lie in wealth or power, but in character and goodness. 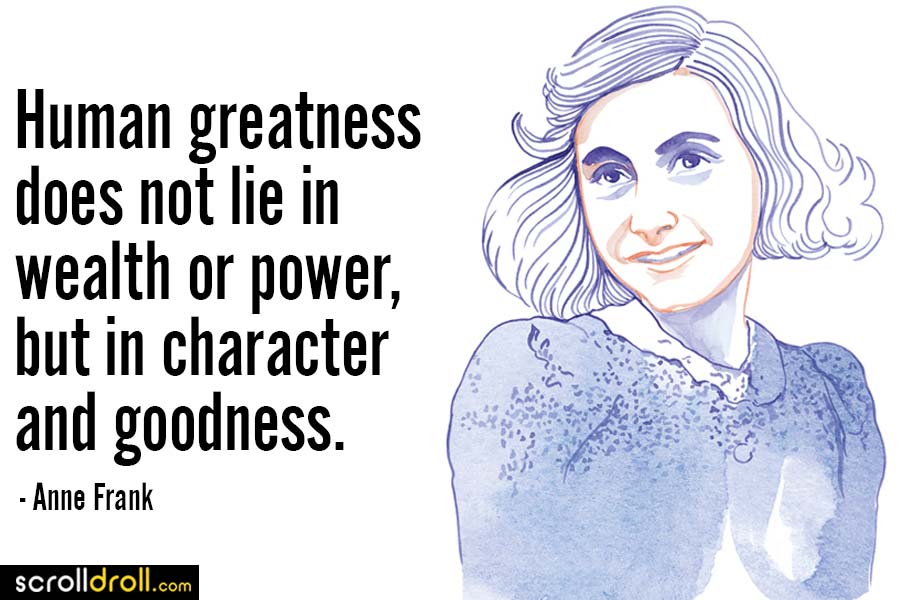 11. Thos who have courage and faith shall never perish in misery. 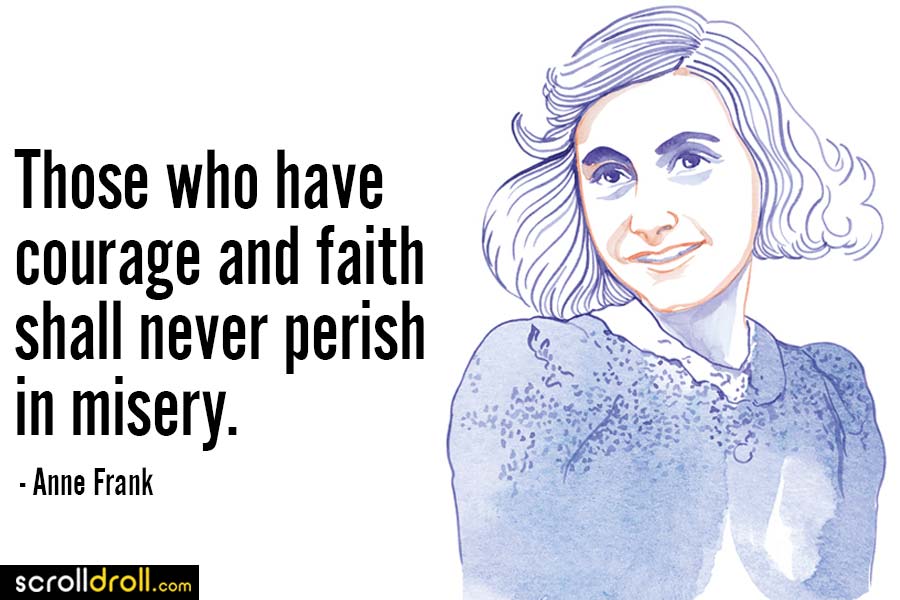 12. Sympathy, love, fortune… We all have these qualities but still tend to not use them! 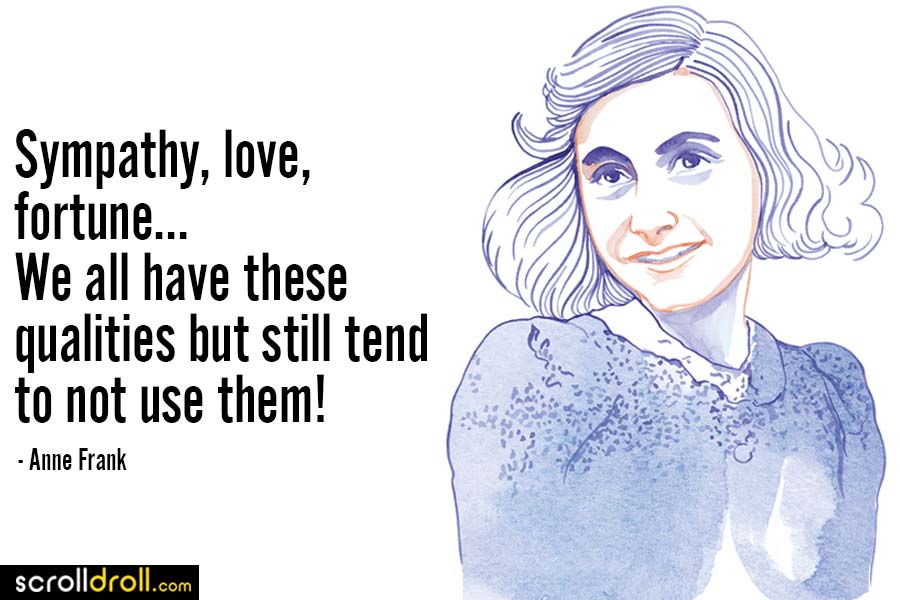 13. We all live with the objective of being happy; our lives are all different and yet the same. 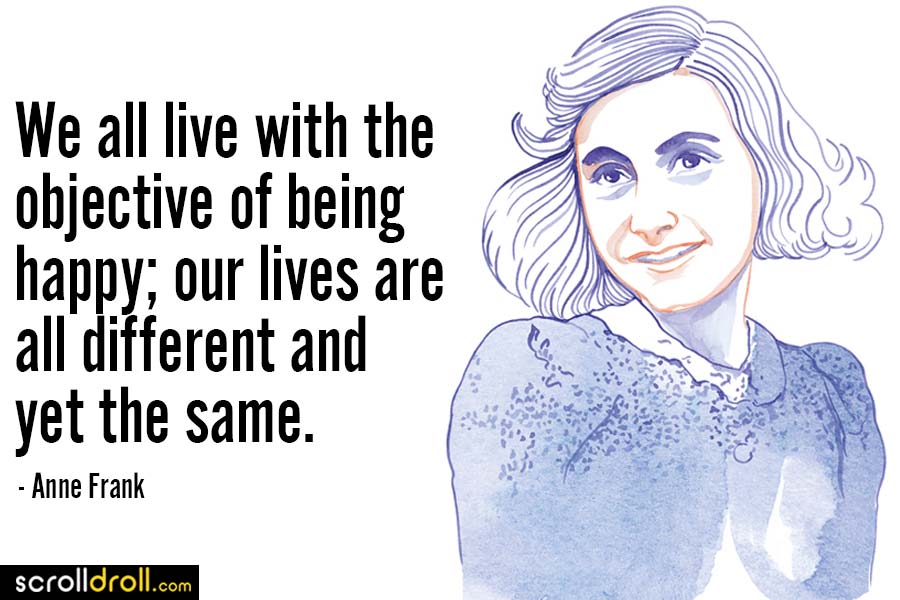 14. Dead people receive more flowers than the living ones because regret is stronger than gratitude. 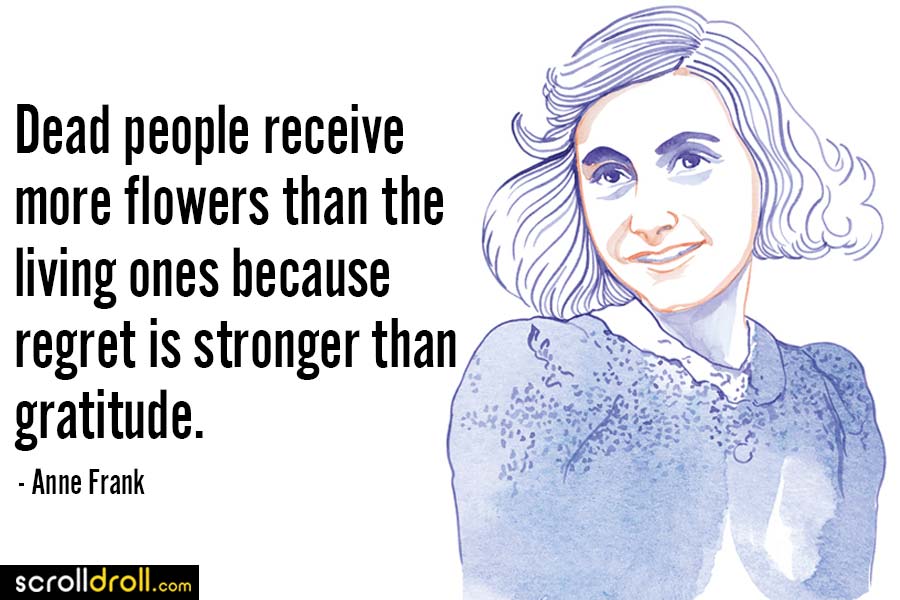 15. The good news is that you don’t know how great you can be! 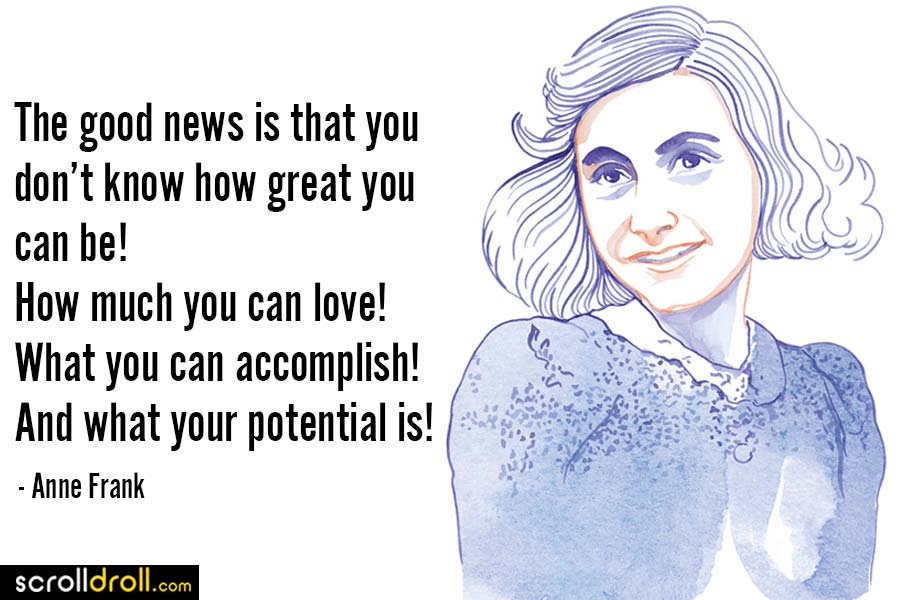 We hope these Anne Frank quotes are able to inspire you to be gentler, kinder, and acknowledge the privilege you may have to live in a world that is not actively working against you.

50 Funniest Bollywood Dialogues Of All Time

20 Romantic Bollywood Shayaris You Can Use to Woo Your Crush!