Unless you’ve been living under a rock, you’d definitely know what and when April Fools’ day is. And if you do, you either dread it or look forward to it. But either way, you can’t get away from April Fools’ pranks.

While most of us have indulged in innocent little mischief, some of us take things a little further on this one day when everything goes (and is excused). But have you heard of people fooling an entire city, or even country with their April Fools’ prank? Well, here’s a list of some of the biggest (and baddest) April Fools’ pranks ever! Take notes, kids.

(Note: The last April Fools’ Prank in the list is something you just cannot miss)

The British media seems to be a pro at pulling badass April Fools’ pranks, matched only by the British public’s unique ability to fall for them. On April 1, 1976, BBC Radio 2 announcer Sir Patrick Moore made an announcement that Pluto and Jupiter would align in such a way as to temporarily reduce Earth’s gravity. Moore told listeners to jump at exactly that time to experience the once-in- a-lifetime effect. At 9:48, callers flooded the lines, eager to describe how they had briefly floated. News that Moore had played them no doubt brought everyone crashing back to earth!

Once upon on April Fools’ YouTube announced it was putting every video ever uploaded onto DVDs, which would initially be delivered in 175 trucks. To make a comment, users would have to complete a paper form and mail it to the video creator directly. Surprisingly, many fell for it and even sent enquiries asking how they can get their hands on the entire collection.

Hike Messenger came up with a rather unique feature on one April Fools’ day, letting people share smells with their friends. With custom emojis, the messaging app convinced people that they could send their favorite fragrances to their friends and they could actually smell it by bringing their nose close to their phone’s screen. Absurd as it may sound, many actually fell for it, only to realize later that they’d been pranked! 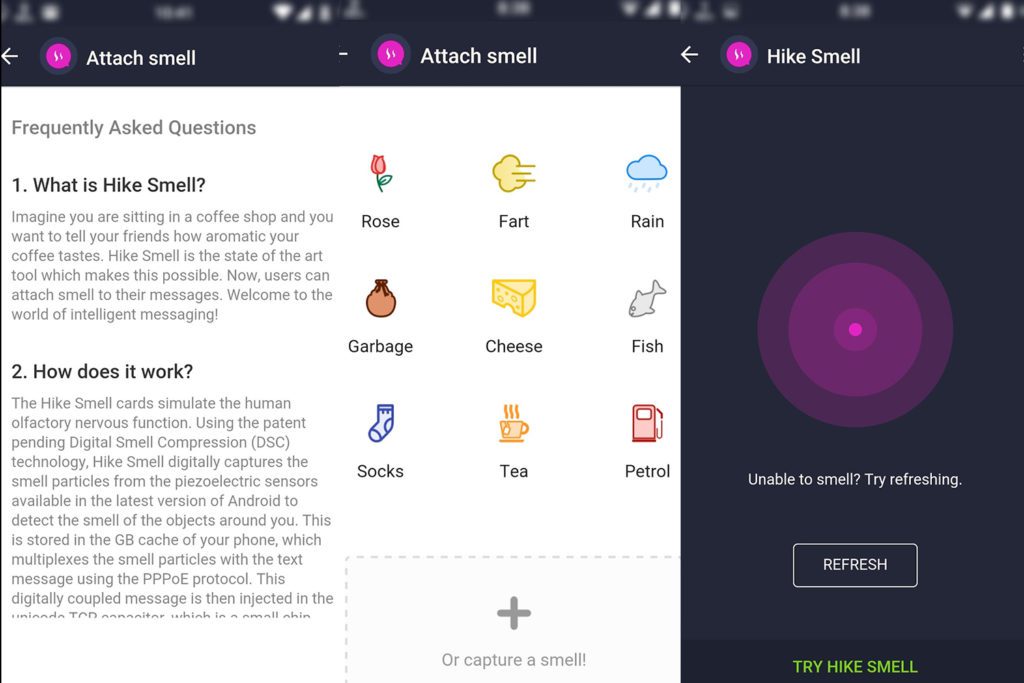 The British seem pretty gullible and this April Fools’ prank from BBC is the living proof. One April Fools’ day, BBC viewers all over England woke up to a spoof documentary about..wait for it..spaghetti crops in Switzerland! The hoax TV special narrated by distinguished broadcaster Richard Dimbleby, featured a family from Ticino in Switzerland carrying out their annual spaghetti harvest. It showed women carefully plucking strands of spaghetti from a tree and laying them in the sun to dry. This confused so many people until they saw the date and realized that their favorite meal doesn’t exactly grow on trees.

On April 1, 1996, Taco Bell took out a full-page advertisement in seven leading U.S. newspapers announcing that they had purchased the Liberty Bell to reduce the countr’s debt and renamed it the Taco Liberty Bell. Thousands of people protested before it was revealed at noon that the sale was a hoax. This still remains one of the biggest pranks ever, fooling the world’s most “advanced” nation! 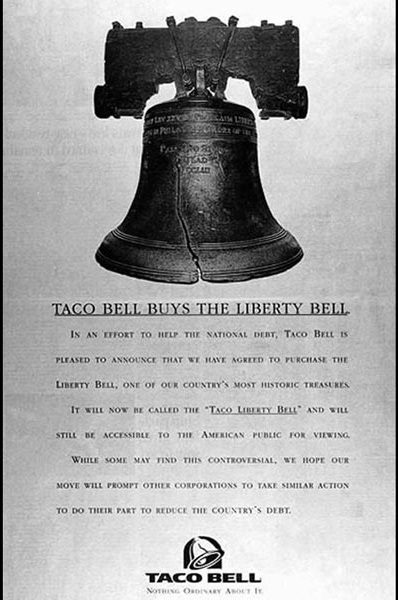 On 31st March 2013, YouTube released a video titled “YouTube’s ready to select a winner.” The video came as a shocker to a lot of people when YouTube employees announced that they will have to select the best ever YouTube video before they go offline and will only be making a comeback in 2023! Video makers and viewers around the world panicked but then burst out laughing at the prank!

Mark Zucketberg might be one the most famous people worldwide, but he isn’t really known for his sartorial choices. The man literally wears the same clothes every single day. How terribly boring! And that’s why, the world was surprised and shocked to learn that H&amp;M was coming up with their Mark Zuckerberg clothing line which consisted of seven basic gray t-shirts, and one pair of basic jeans, on 1st April 2016. Facebook fanboys flocked to H&amp;M stores to get Zuckie’s signature look only to be told by staff that they’d been fooled. 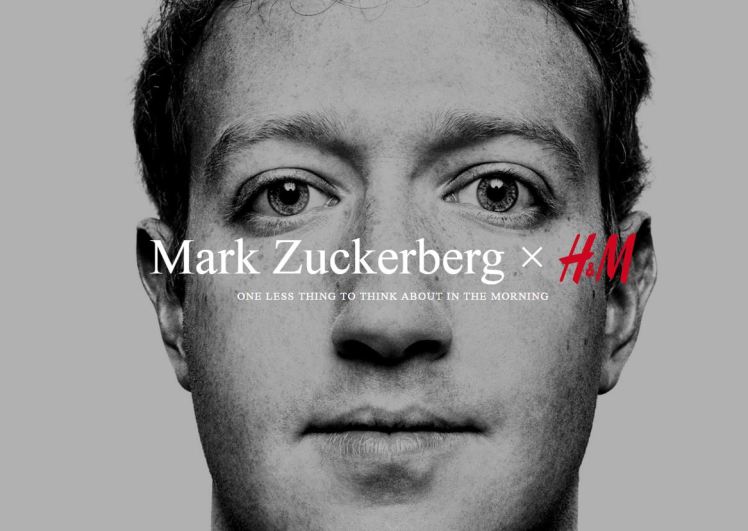 Convenience is a precious commodity these days and Domino’s Pizza knew exactly what they were playing to when, on April 1st, 2013, the company announced the addition of Domino’s Deluxe canned pizza to their product range, available exclusively to lucky Japanese customers. The prank product even had its only Japanese-language website for added legitimacy. How sly! 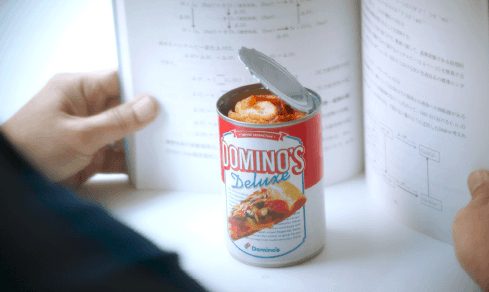 Everybody’s favorite wildlife and nature magazine – Nat Geo on an April Fool’s day made a public announcement saying that they will no longer degrade animals by showing photos of them without clothes. Later they took out really adorable pictures of rather primly dressed cats and dogs, created by photographer Harry Whittier Frees in the early 1900s. This prank made everyone go aww! 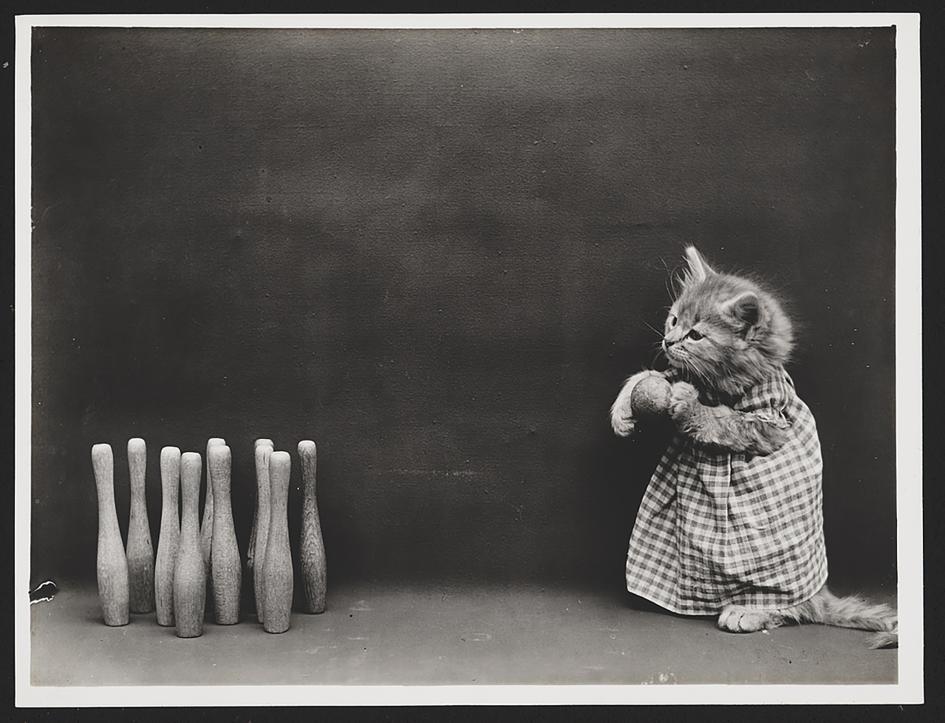 On 31st March 2016, Google gave people hope that was soon to be snatched away. The innovation leader introduced a first of its kind self-driving bicycle along with a very convincing advertisement. The whole thing went viral in seconds and everybody wanted to get their butt on one of these futuristic bikes. But the company dashed their dreams by revealing that the whole thing was nothing but a googly!

12. And finally, this epic prank that took four years in planning!

On April 1, 1974, a prankster by the name of Oliver “Porky” Bickar convinced the residents of a small, frigid metropolis named Sitka, Alaska that the nearby volcano Mount Edgecumbe was erupting. On that clear sunny day, Porky and a bunch of his mischievous friends scaled the silent volcano and set dozens of tires on fire which they threw them into the crater. This created a plume of black smoke that rose skyward, sending the entire town into frenzy. As panic spread, authorities took a flight over the crater to check on the volcano only to find a spray painted sign in the snow saying, “APRIL FOOL”. The epic prank took four years to plan and Porky even enlisted the help of a helicopter pilot to carry them up, along with kerosene, smoke bombs, and rags.

We bet these baaps of all pranks make yours look rather timid. But don’t be disheartened and instead, get inspired to play your pranks up coming April Fools’ day. For all you know, they just might make it to our list.

21 Funny Signboards That Can Be Found Only In India

15 WTF Moments From Indian Weddings That Will Have You Lol-ing For Days!