What are the joys of watching a cricket match? Sachin, Kohli, the awesome commentary? Well, we love watching cricket on our television sets for many reasons, but one thing that makes the matches better than it would be in an empty stadium are the people. Waving when the cameras pan on them, chanting names and flaunting banners that say all kinds of amazing things.

We have here some of those hand picked, or rather eye-picked, banners that took our hearts away!

Well, when it is about Dravid, we need no explanation! But, nevertheless, this was from India’s tour to England in 2011, where Dravid outshined with three centuries in an otherwise disastrous test series that India lost 4-0. 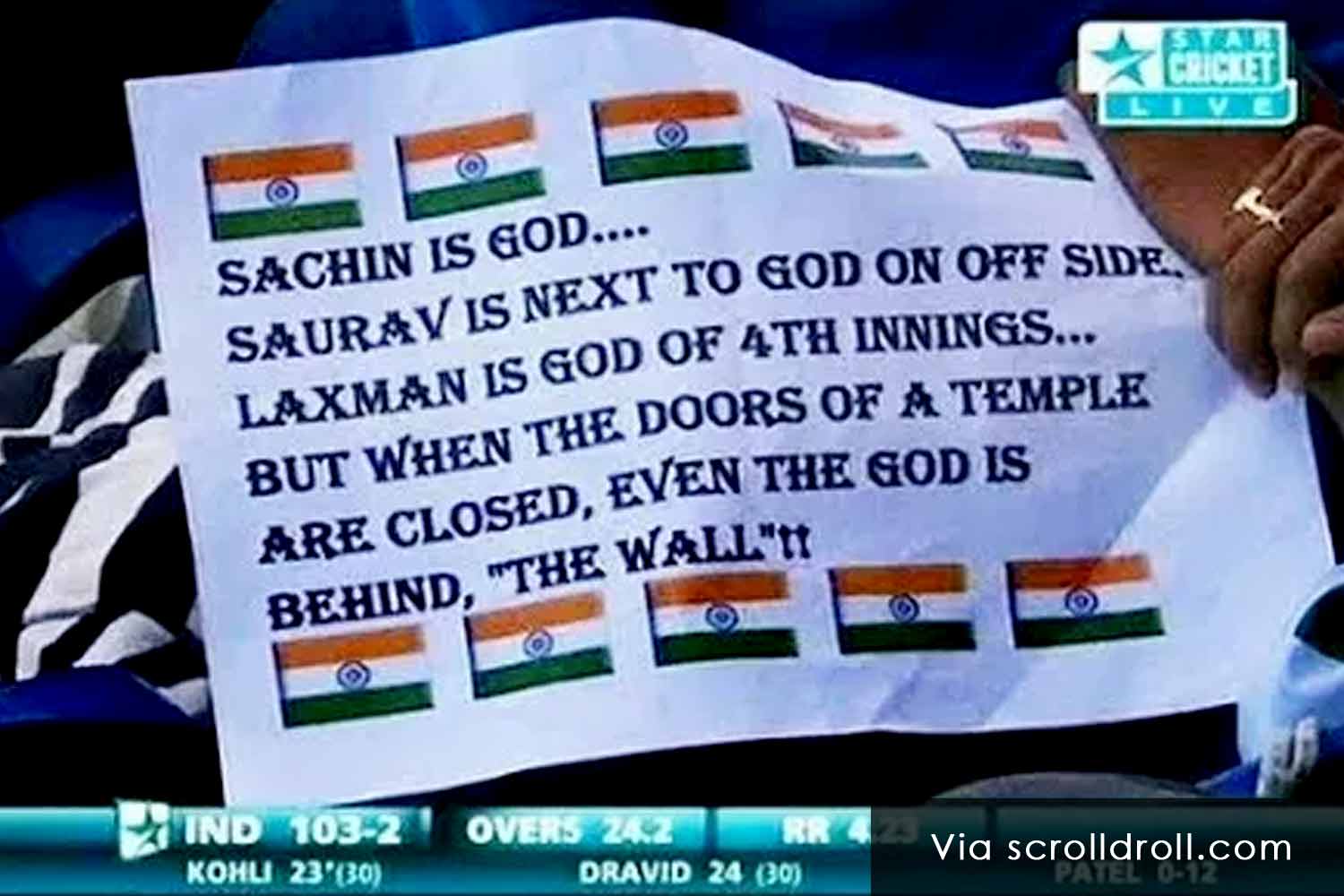 A message from Pakistani Fans to India during the Pakistan vs Zimbabwe ODI series 2015 in Pakistan – the first international match in the country after the 2009 Terror Attacks on Sri Lankans.
India last played in Pakistan in 2005-06 & everyone enjoys an India -Pakistan encounter. 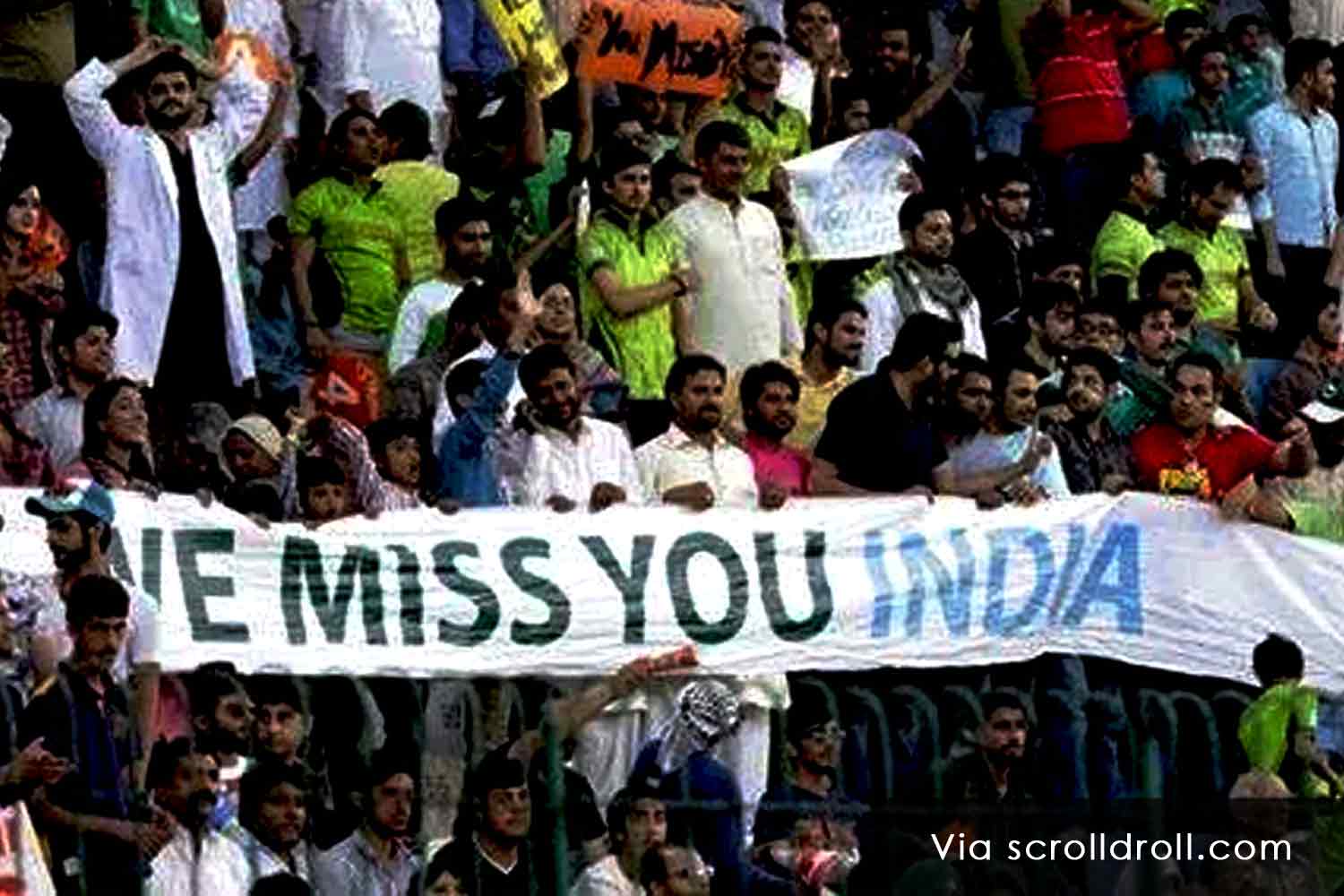 The heat of The Ashes series between Australia and England is well depicted in this poster! 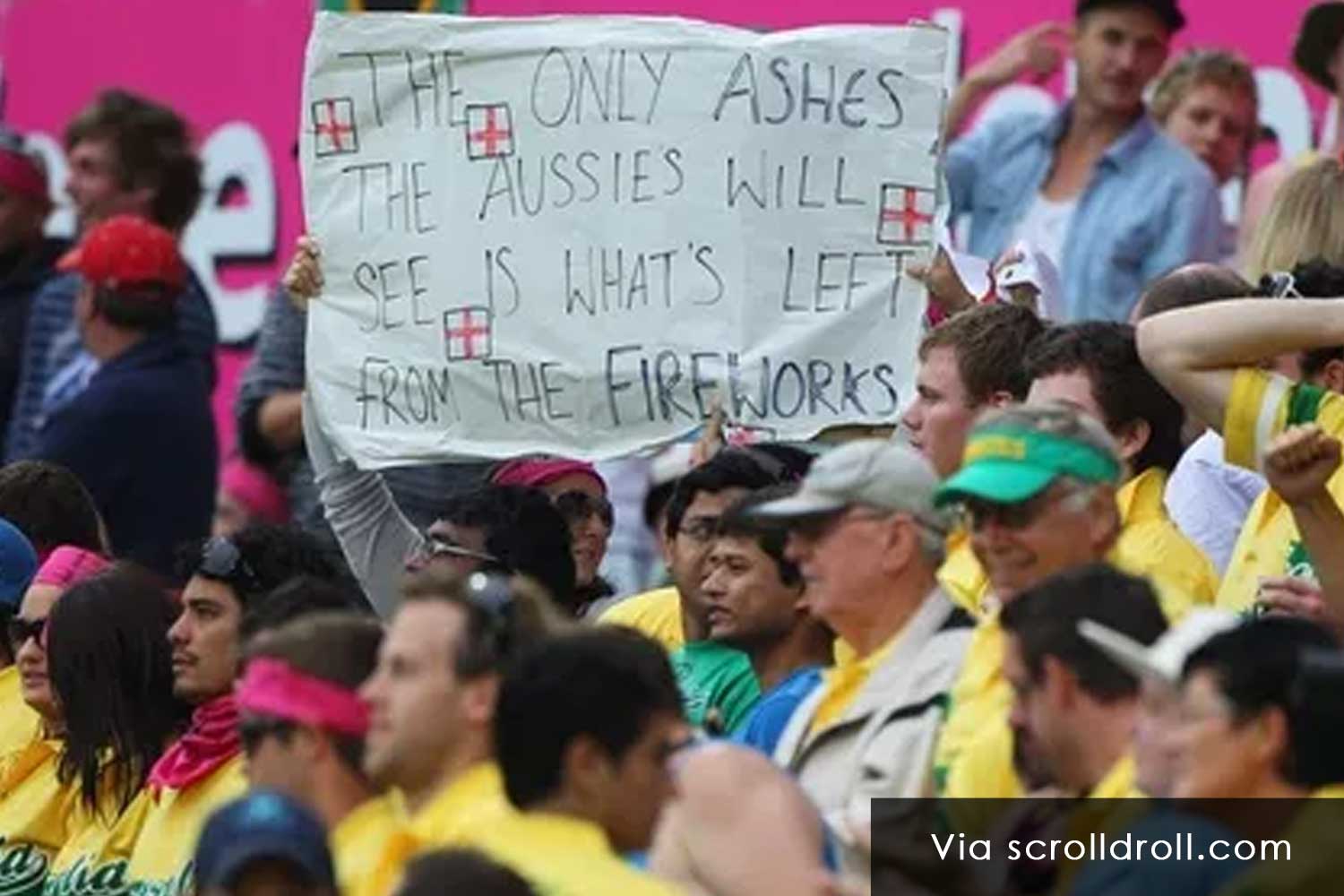 This kid is going to get a good one back home! 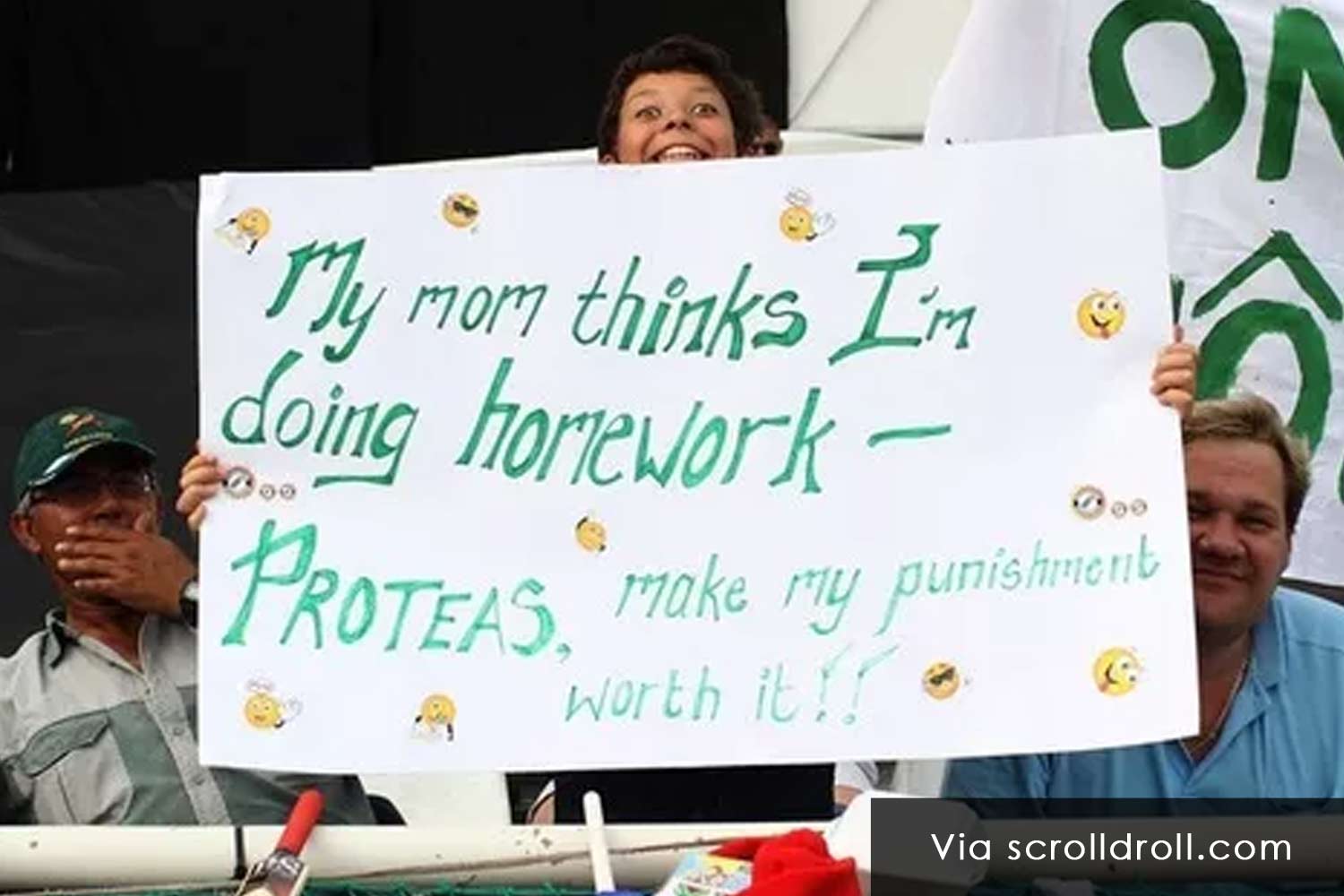 Australian fans mocking Alastair Cook, captain of the England team, as England was losing the series 4-0.
Psst…. The ‘one Cook’ they’re talking about is Captain James Cook, who made the first contact of Europe with Australia. 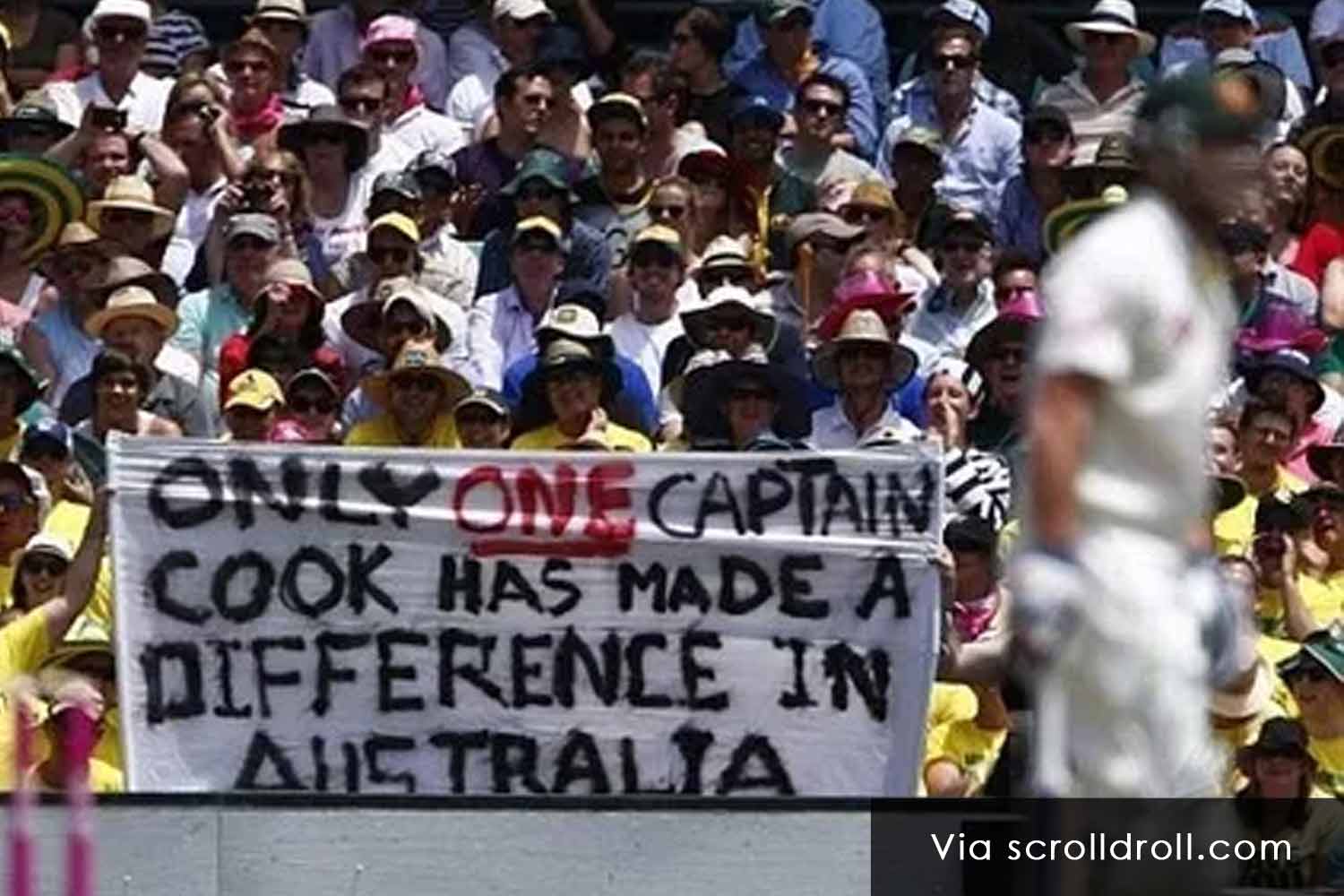 After finding no takers in the IPL 2011 auctions, Ganguly made his comeback in the same season as the captain of Pune Warriors proving ‘Dadagiri Never Ends’ yet again. And the fans felt the same. 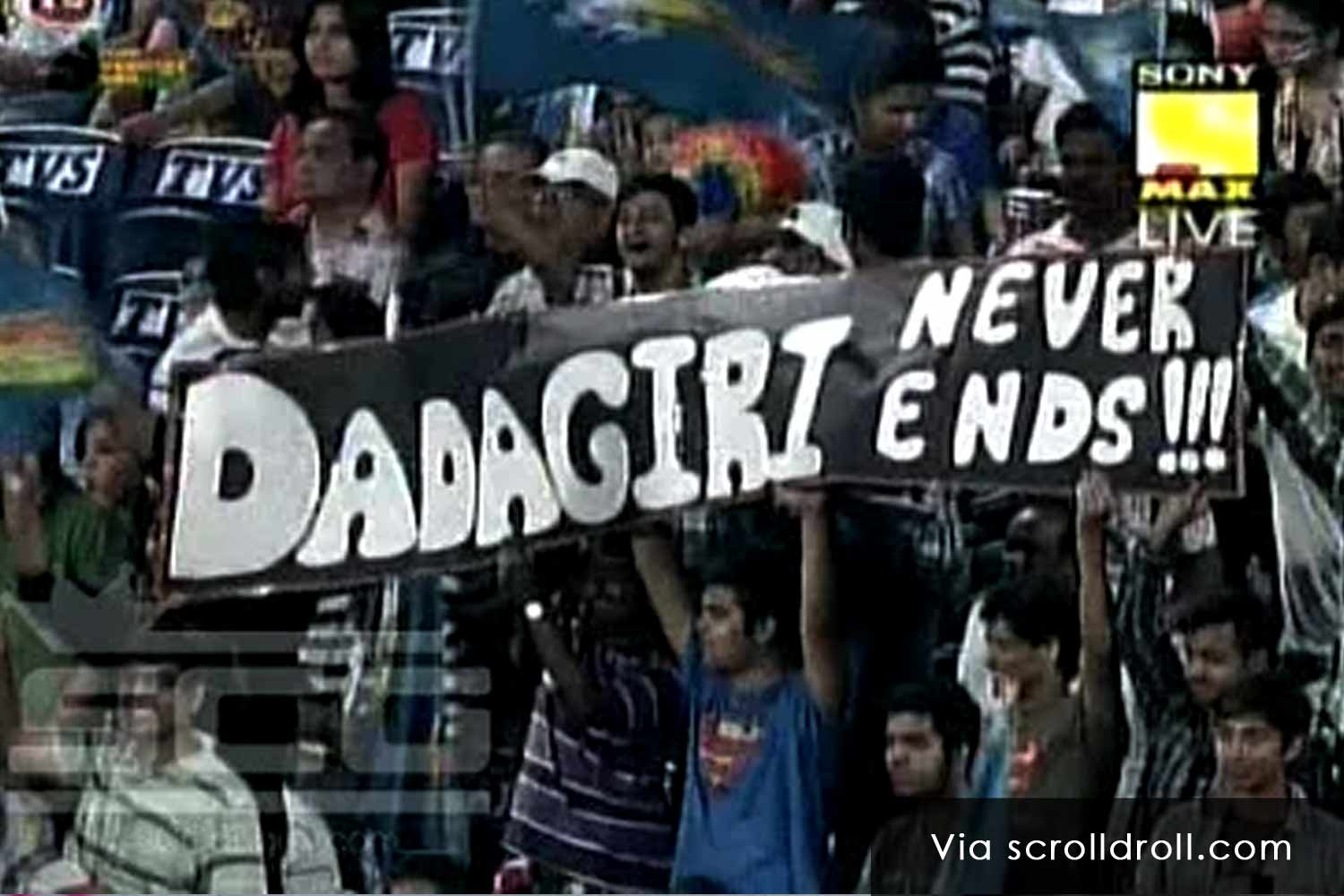 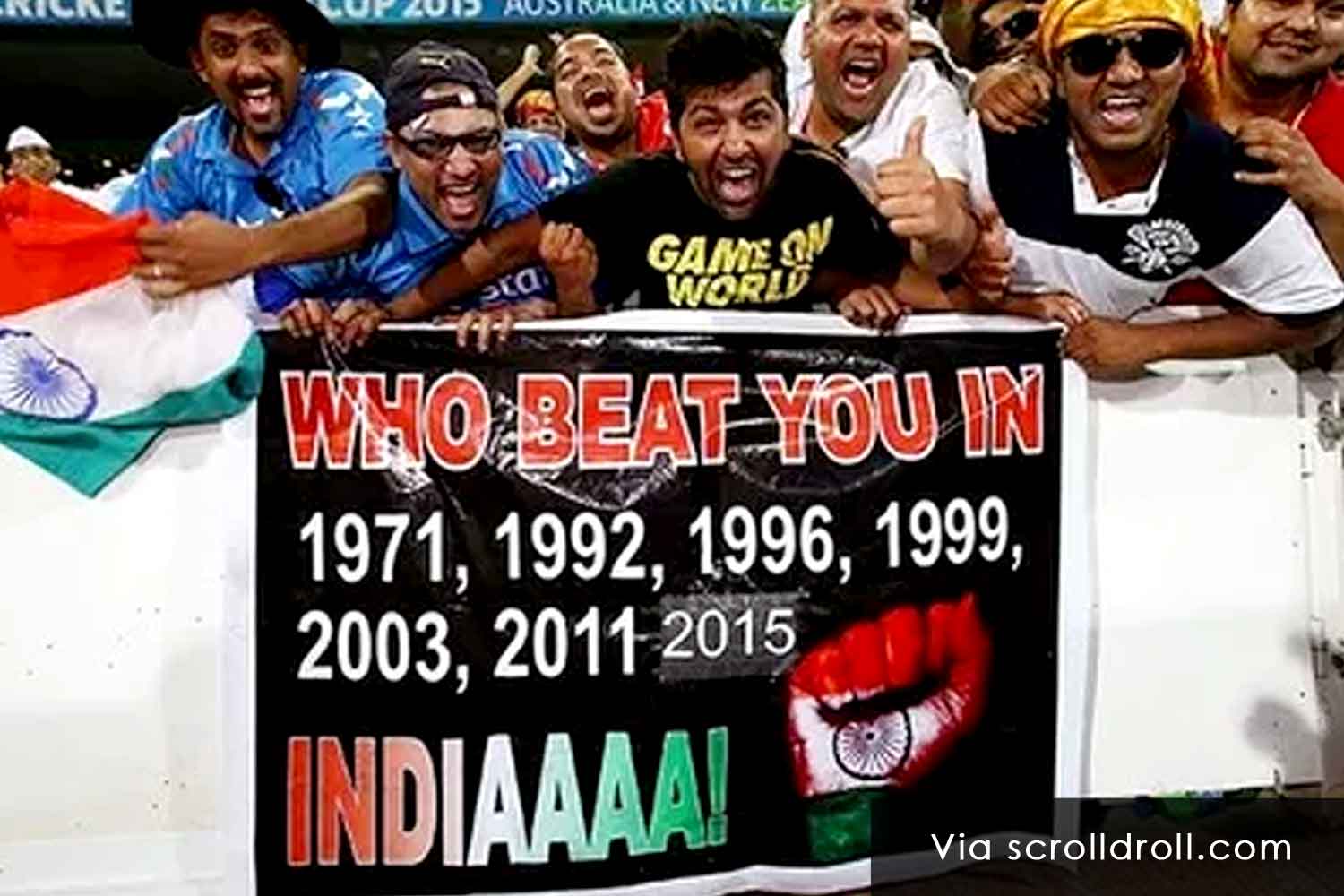 Sehwag and his fandom! 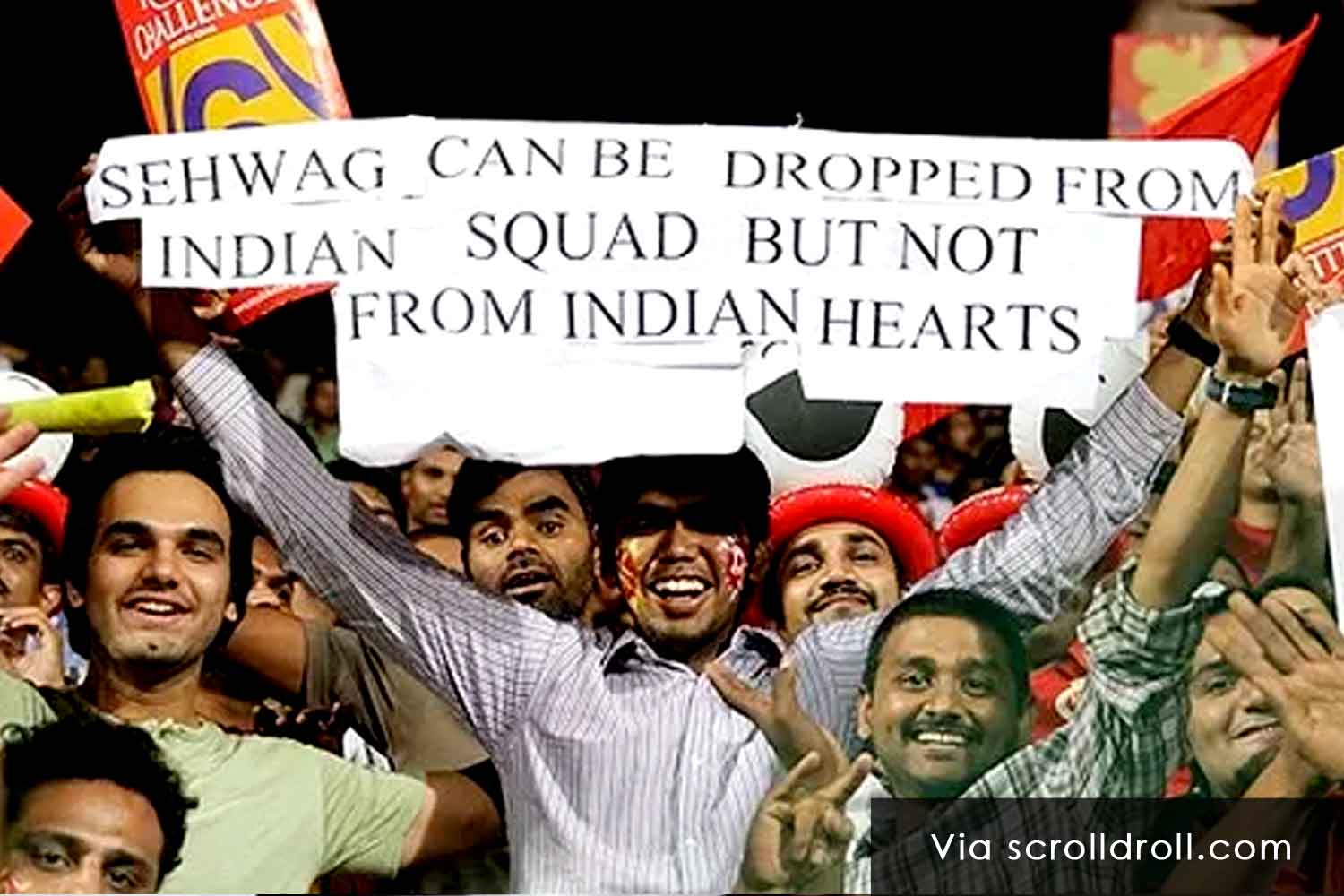 When Team India knocked out Australians in the World Cup quarterfinal in Ahmedabad, 2011, Indian fans decided to show Aussies their way home. 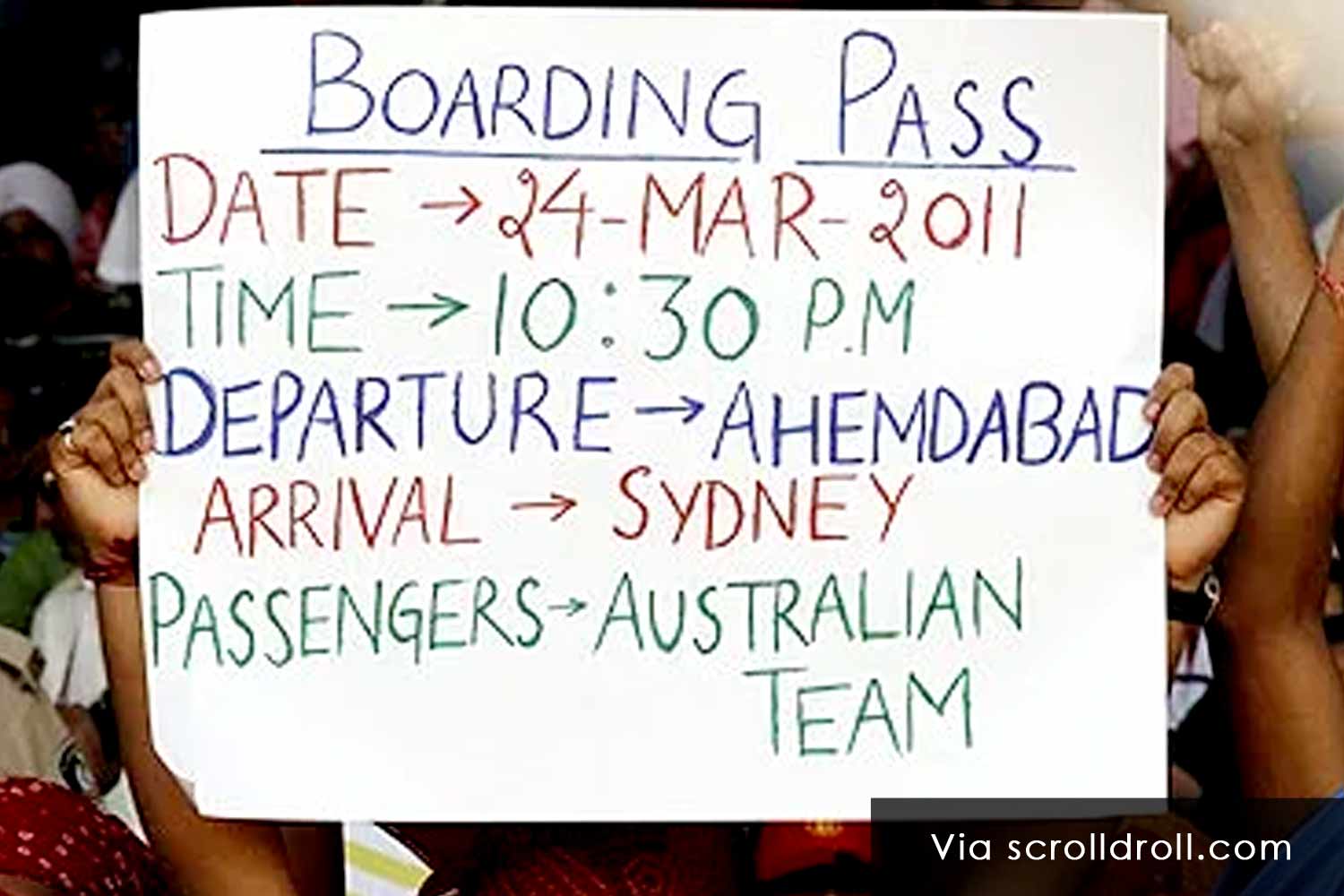 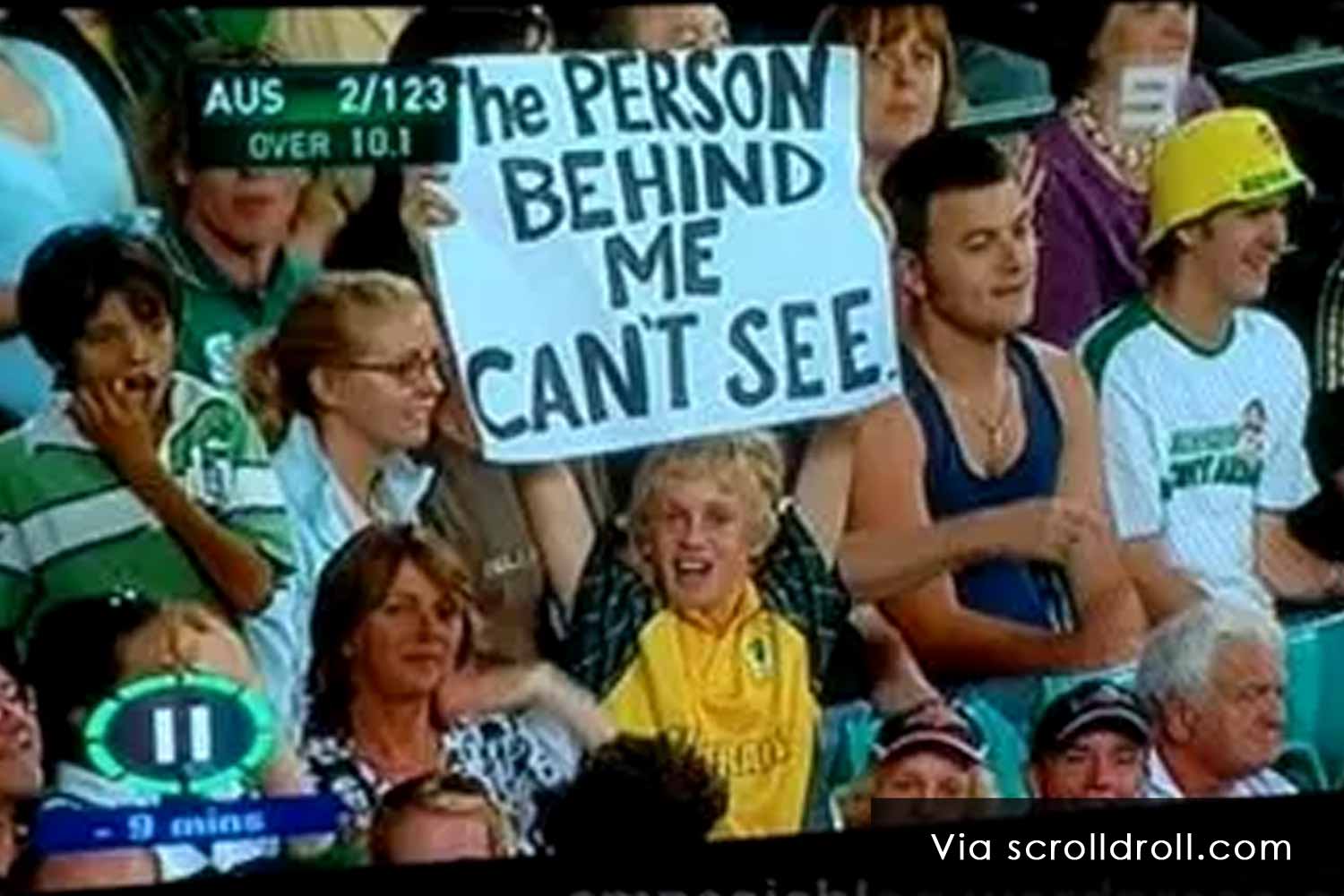 During Ashes test 2013 in England, Stuart Broad did not leave his crease despite edging a ball to Michael Clarke at slip. When England toured Australia next, Stuart Broad got the kind of welcome expected! 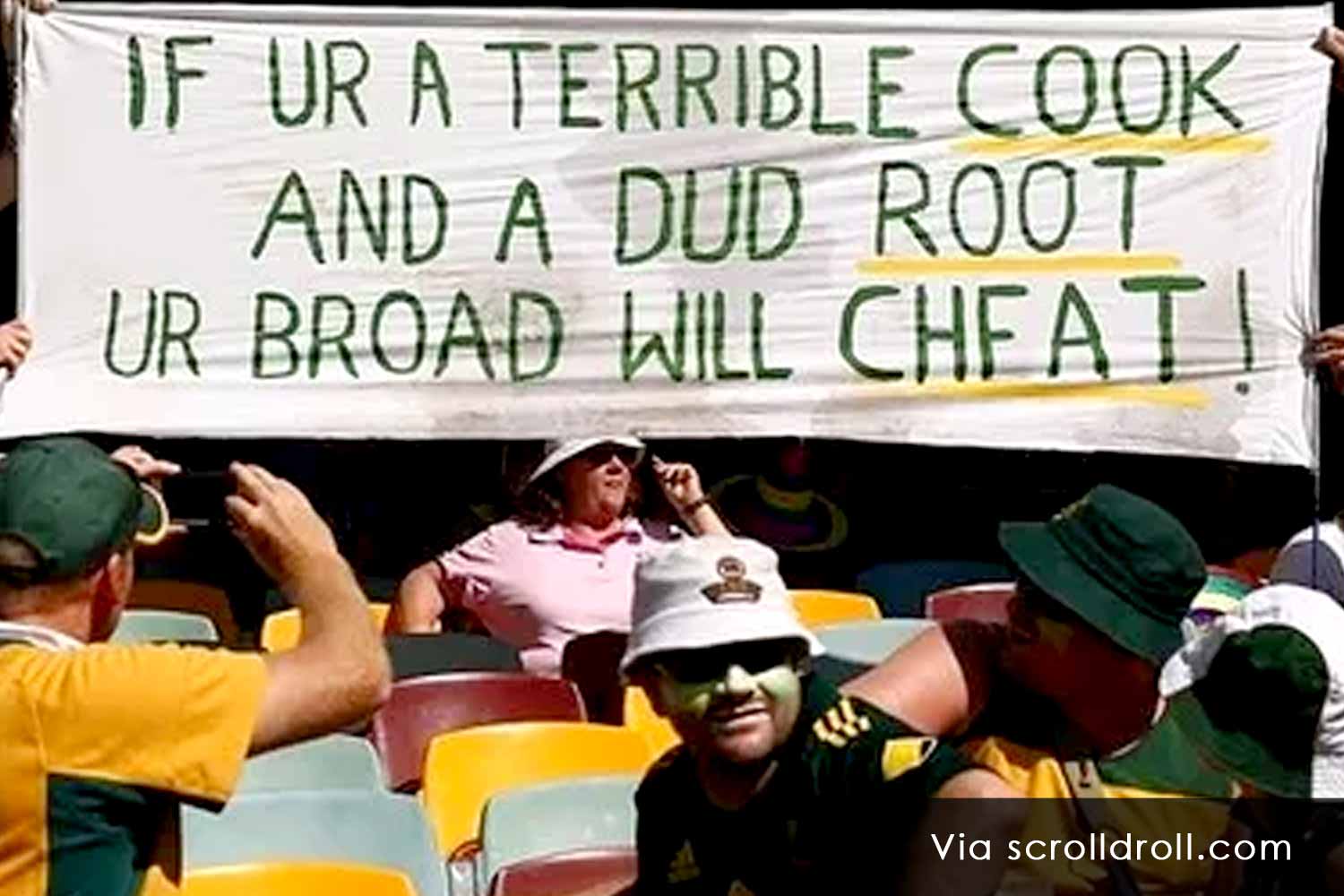 In the Aus Vs Pak MCC Spirit of Cricket Test Series, Kamran Akmal was struggling behind the wickets, missing four catches and an easy run-out in the second test.
The Pakistani fans put across their message to Kamran in a fancy way! 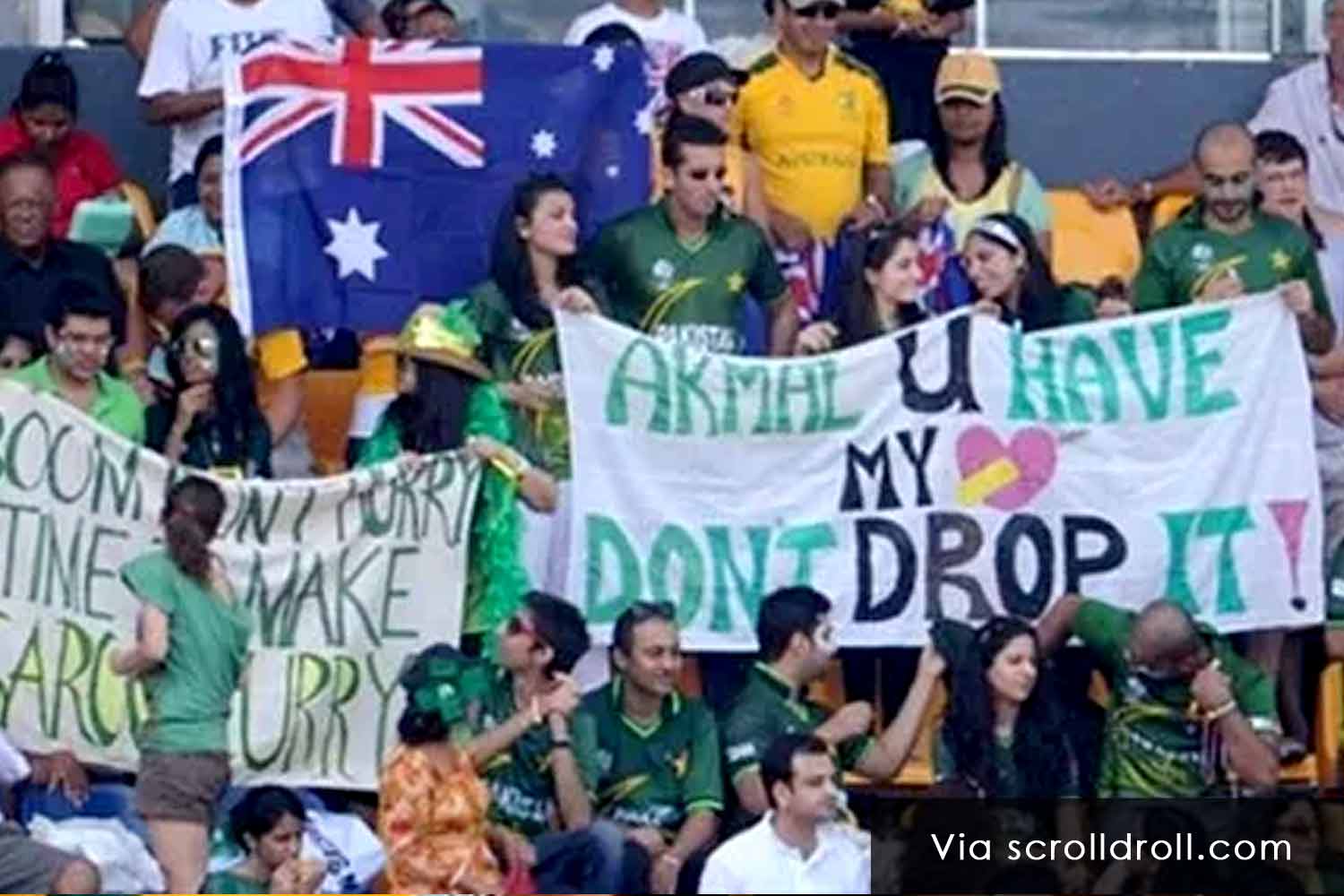 In a deplorable outing, well… Warne loved his fans. 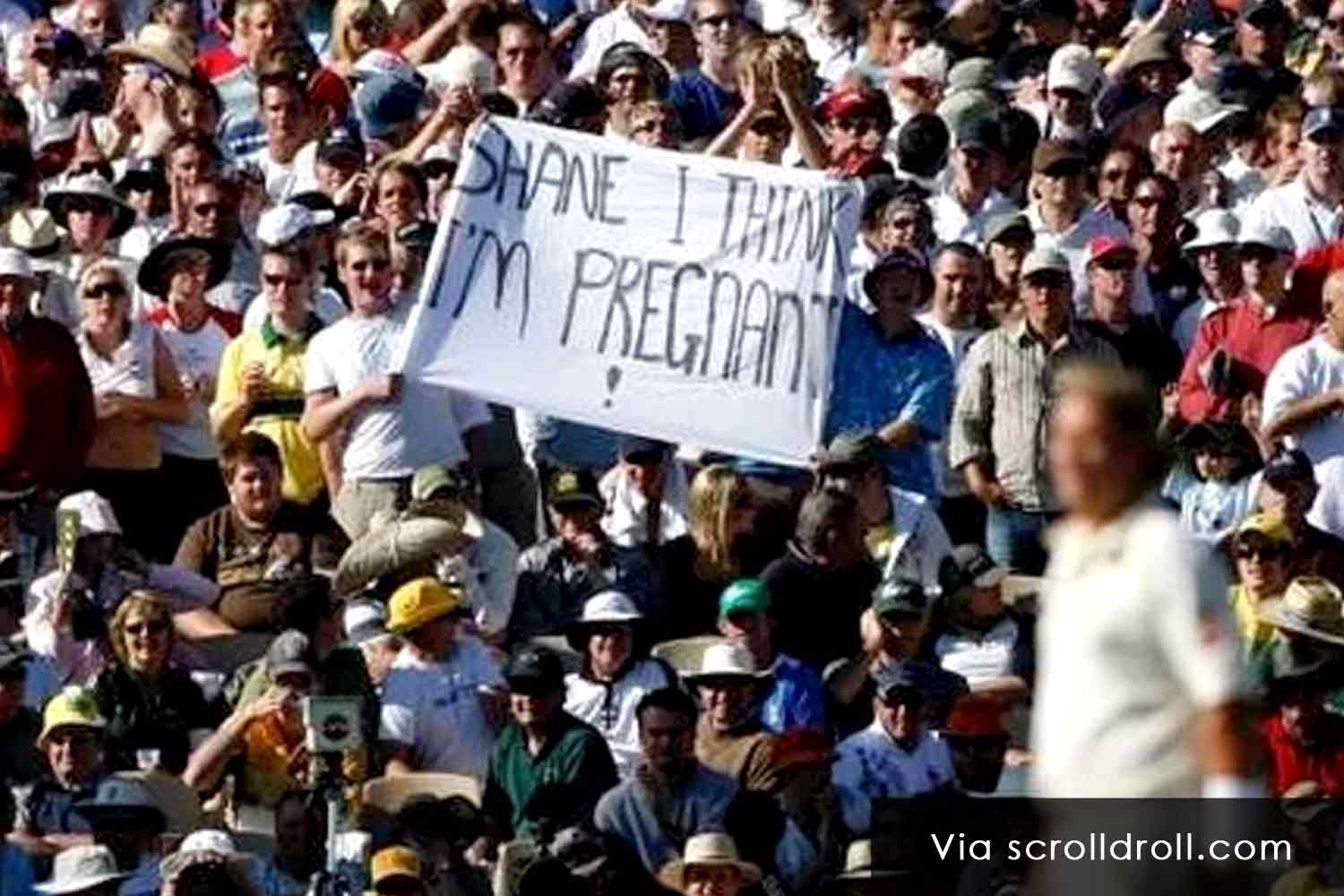 Pakistan’s cricket fans’ flagged this message to the world in 2015, when Zimbabwe toured Pakistan (the first by a Test-playing nation since 2009), after the terror attack against the Sri Lankan cricket team during their Pakistan tour in 2009. 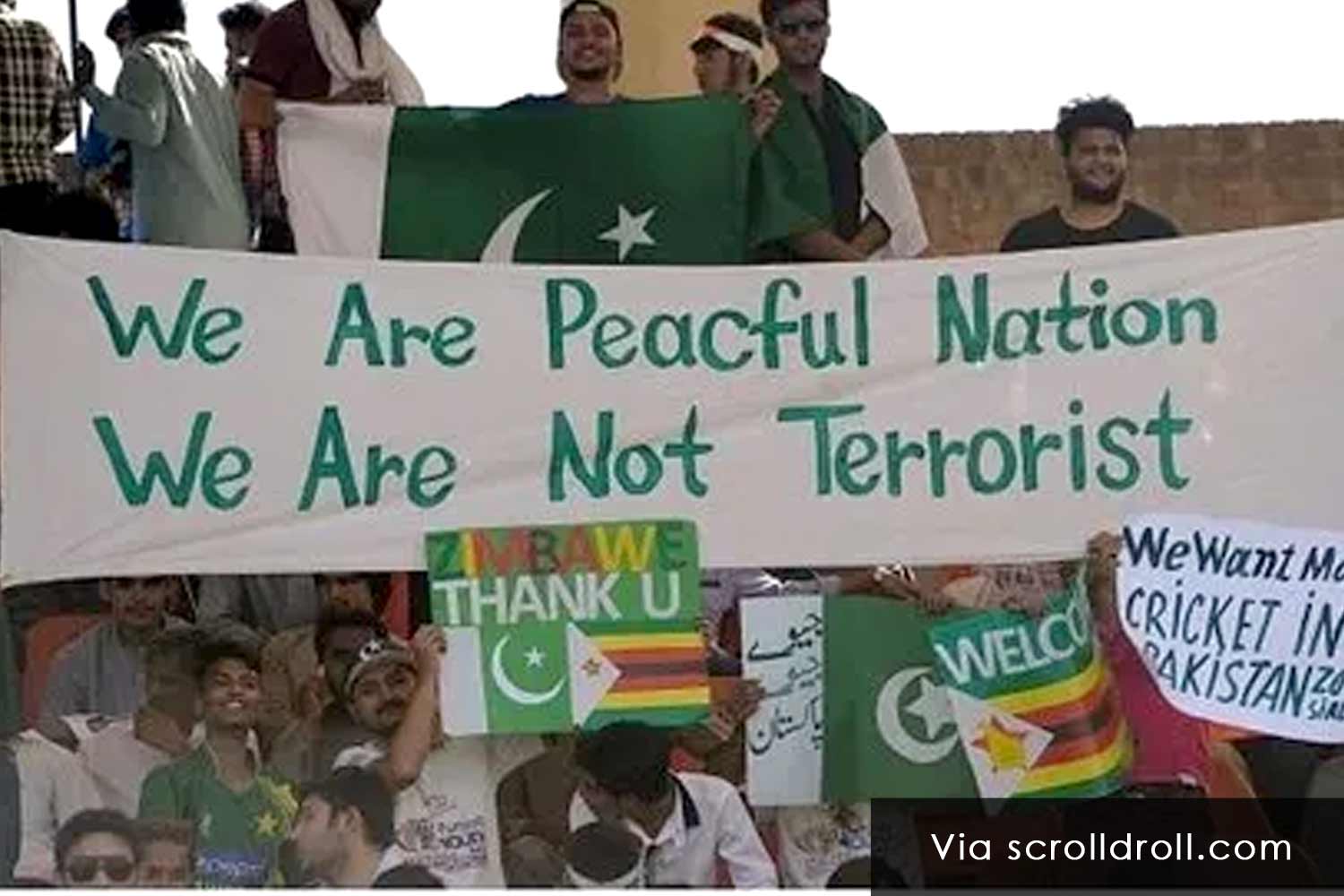 And when the Mauka came again… this Indian fan made sure to tell Pakistan that it’s still not happening. (World Cup 2015) 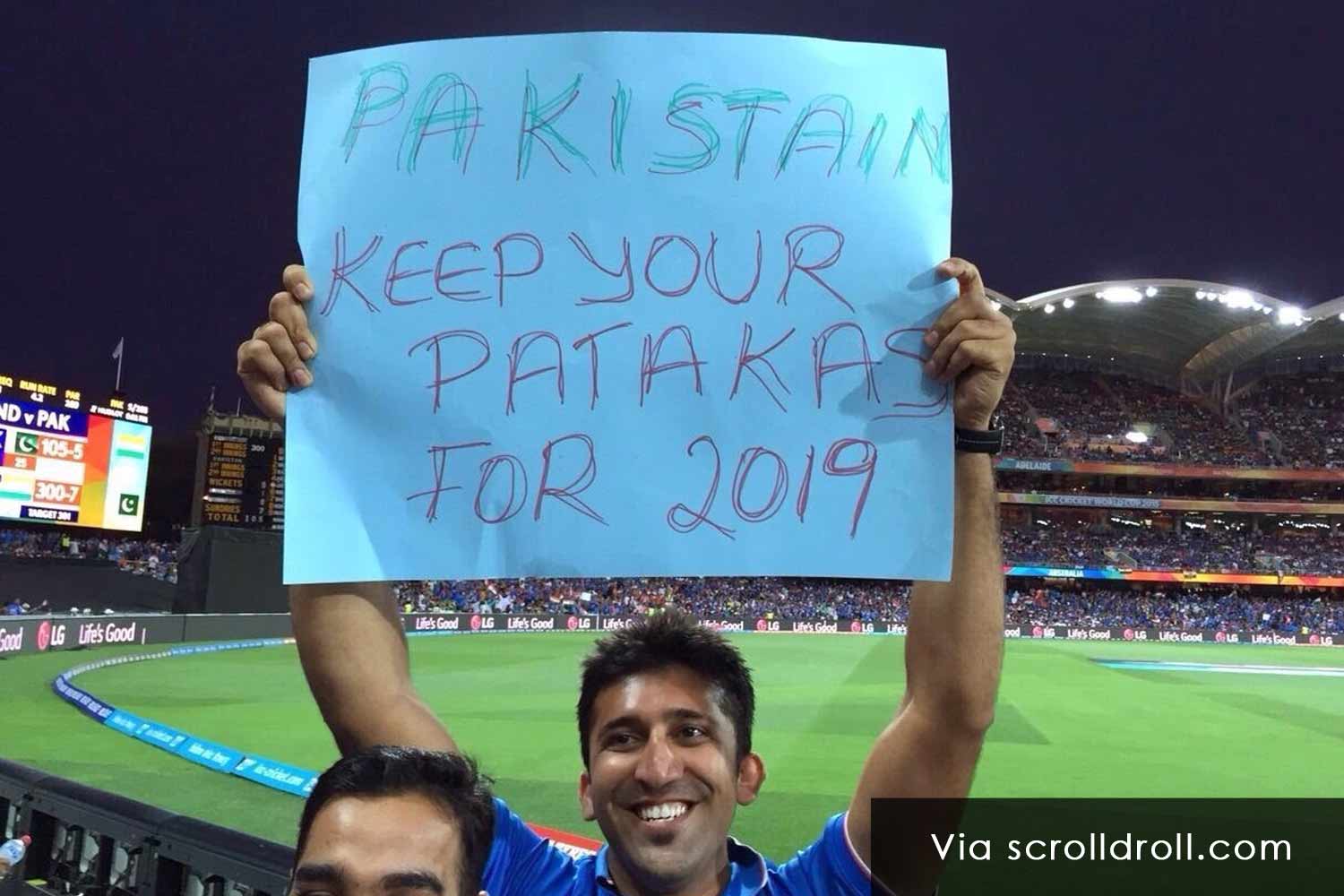 The Bangalore crowd in the IPL match showed their love for AB De Villiers, who was a part of Royal Challengers Bangalore. Also, Bangalore has a lot of engineers. 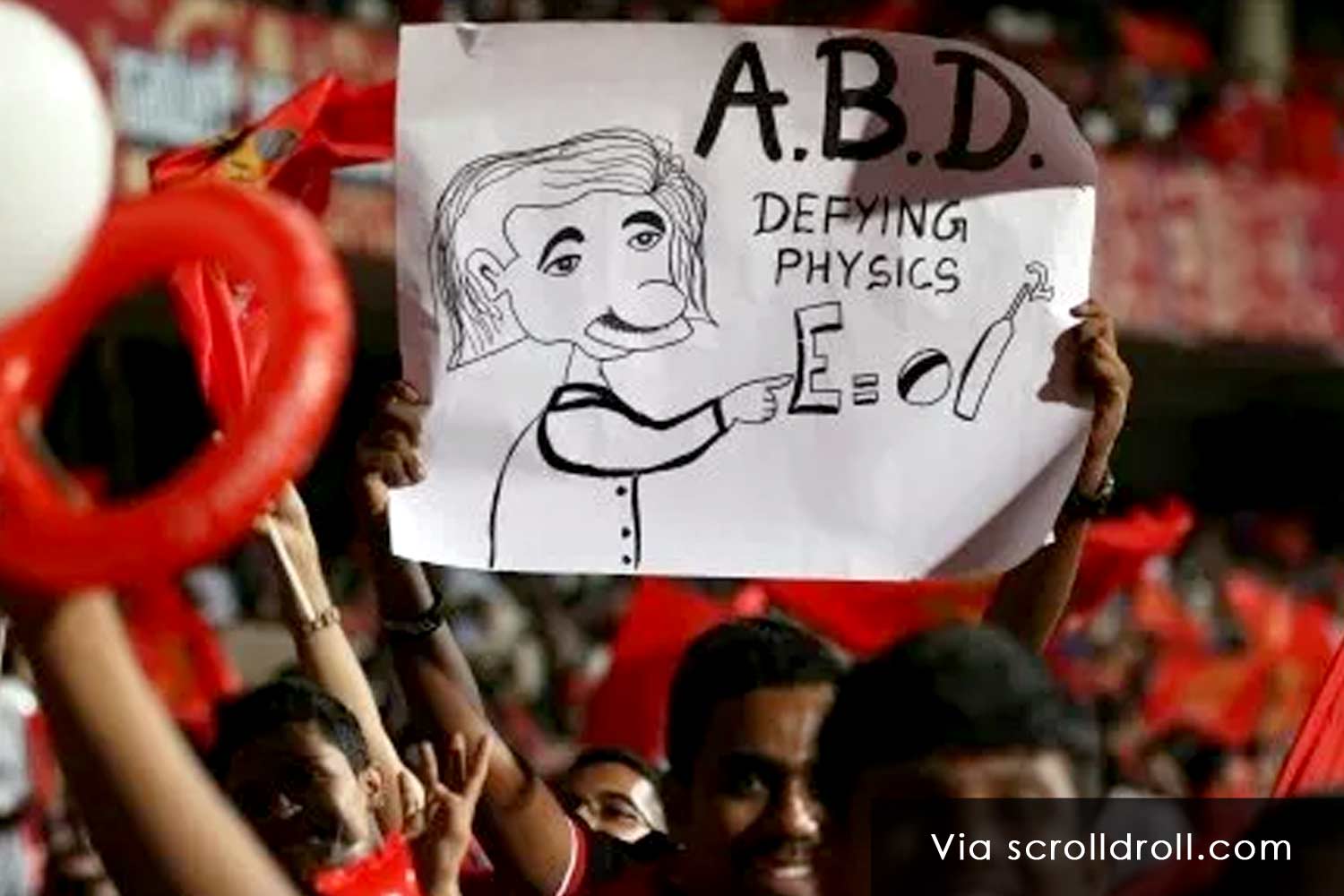 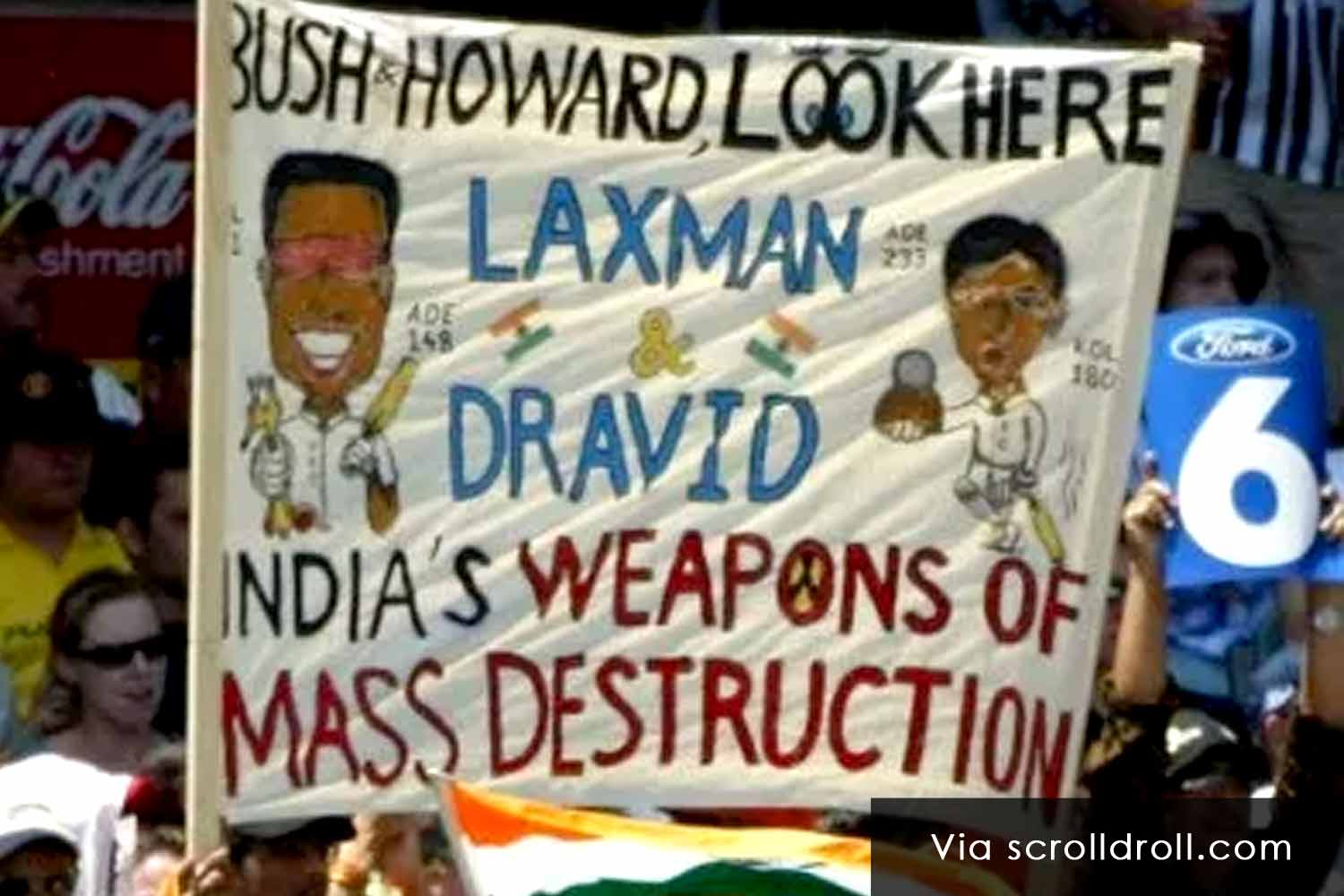 The Cameraman did not understand. Or was this a trick to gain attention? 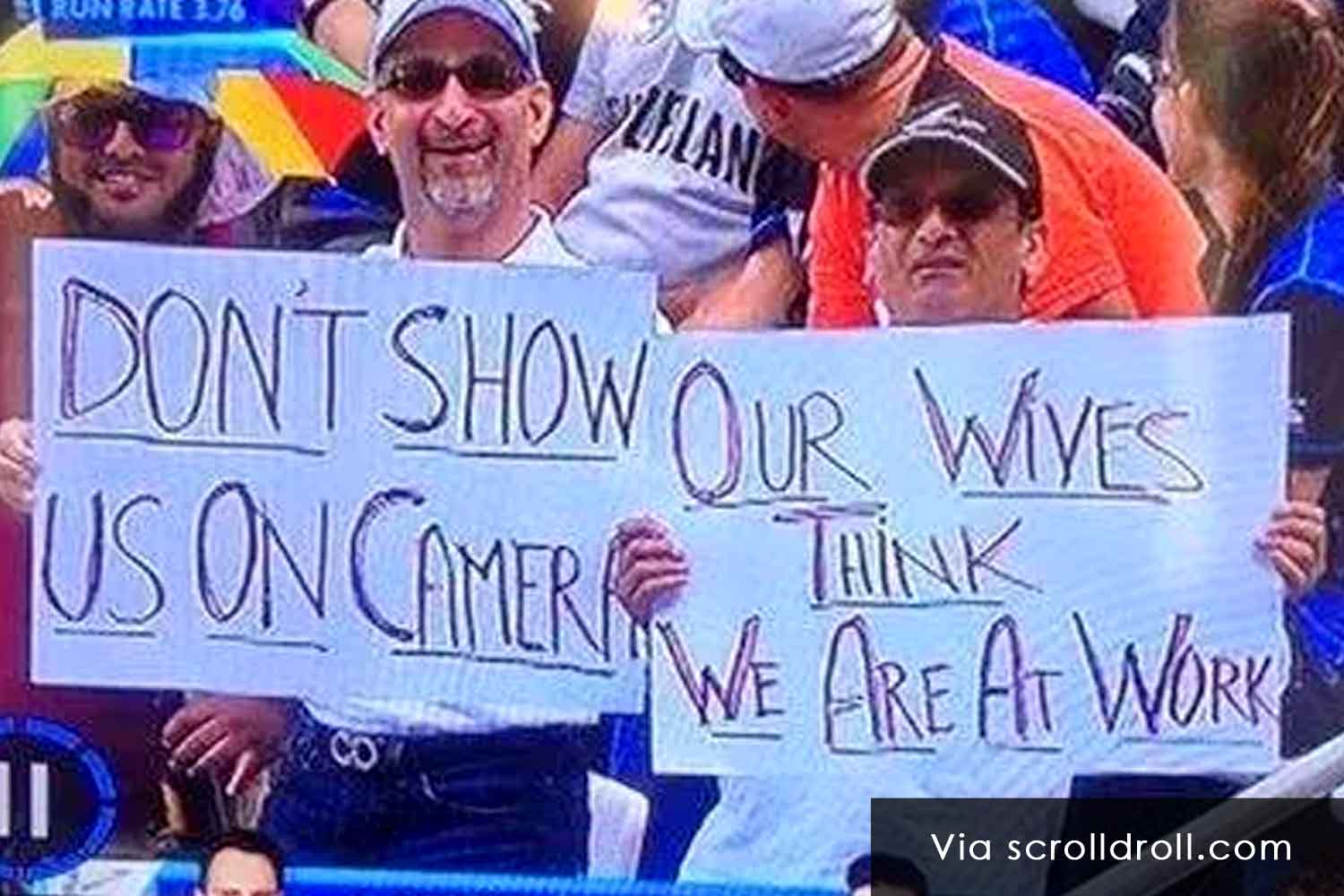 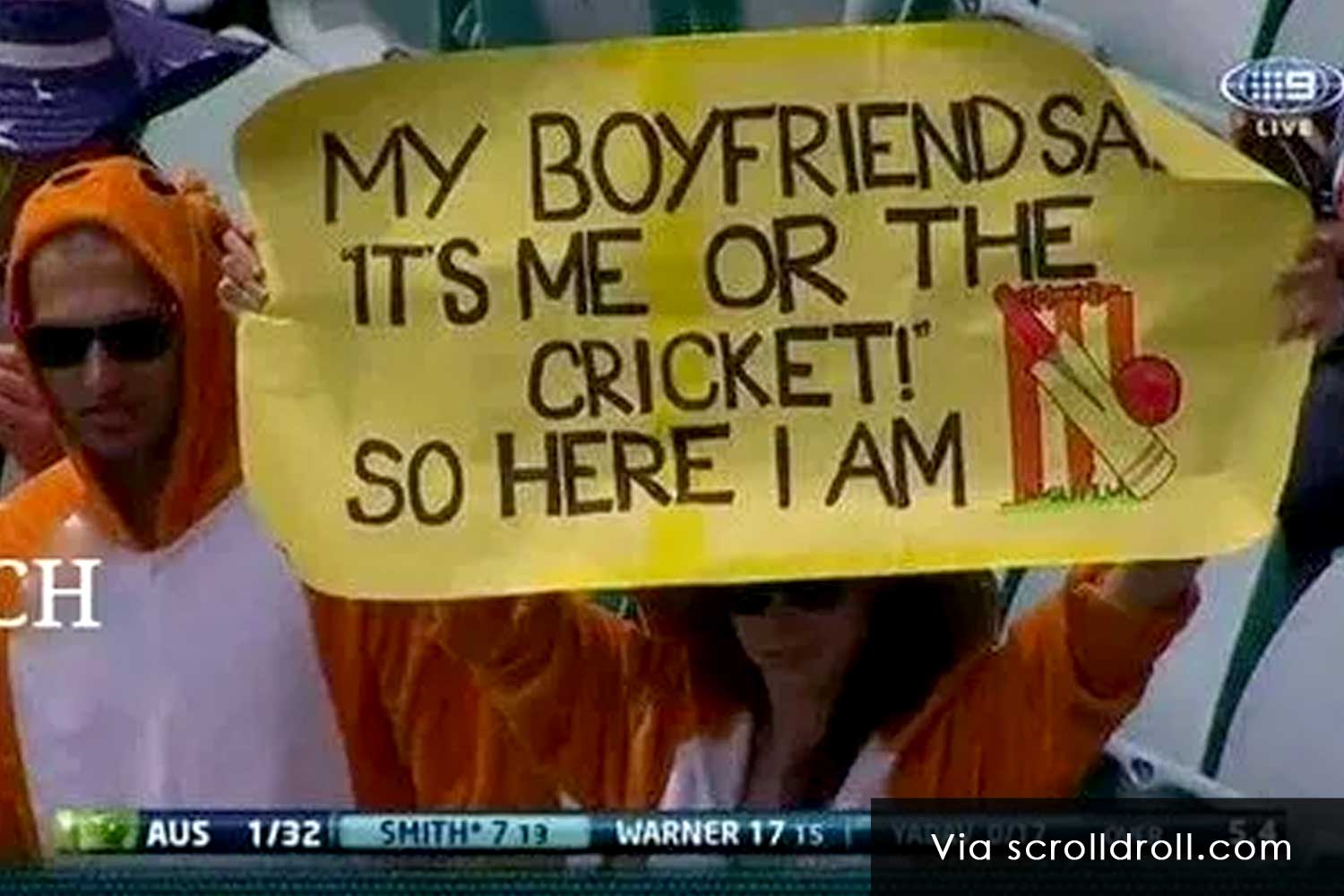 Cricket fans were thrilled for Sachin Tendulkar was playing in the USA for the first time for the All Stars matches played in New York. 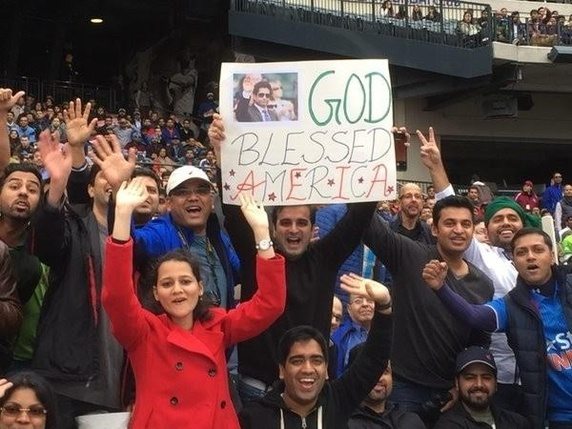 Next time you watch a match, don’t forget to click a picture and share them with us!