There is so much to watch in the world right now, especially since the arrival of streaming services like Netflix and Amazon Prime. Countless posts and memes based on TV and web-series fill our timelines and social media feeds. It has become a sort of a cultural phenomenon which seems to be growing in both numbers and depth. There are some shows that are below average and some that are quite watchable, but a select few are simply awesome; here is a list of 10 awesome shows that you probably did not know about.

1. The End of the Fucking World 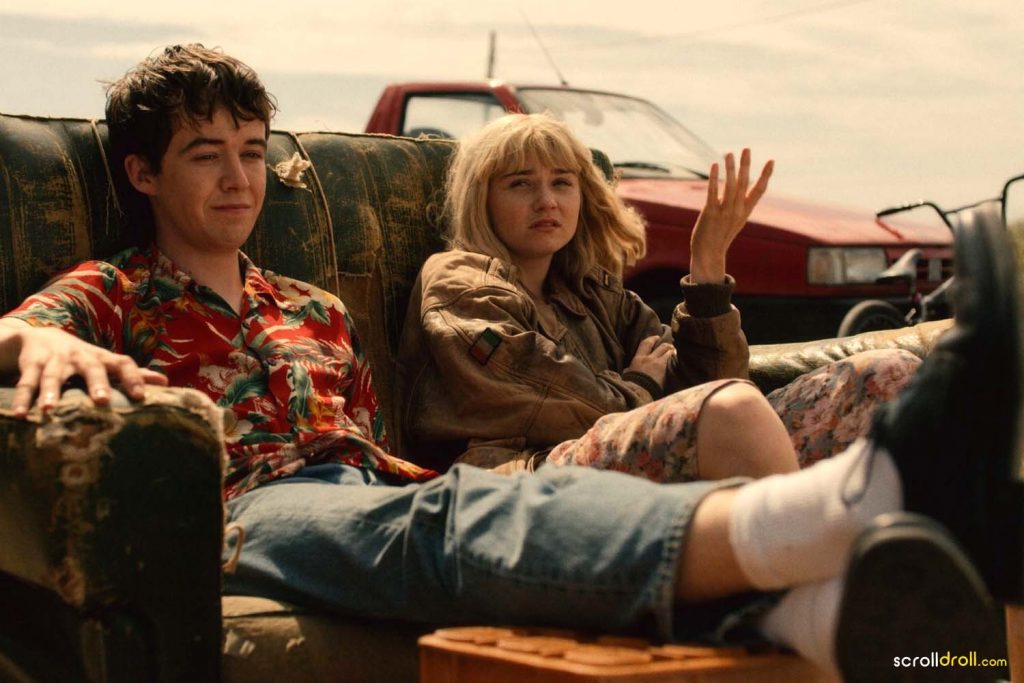 Netflix’s dark comedy-drama The End of the Fucking World is a live-action adaptation of the graphic novel of the same name by Charles Foreman. The show follows the story of James and Alyssa, two adolescent high schoolers who are complete misfits. James (Alex Lawther) is 17 and he believes that he is a psychopath, and Alyssa (Jessica Barden) is an obnoxious and rebellious classmate who tries to escape her tumultuous and dysfunctional home. The show was received with much acclaim and was praised for its writing, subject, execution, screenplay and acting by the leads. 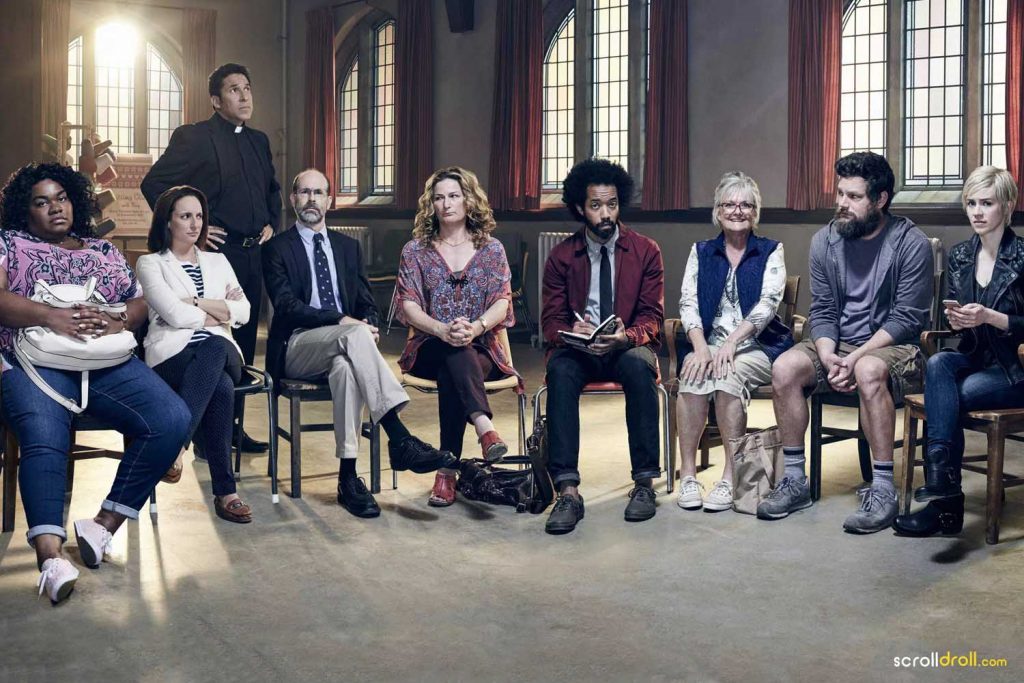 This extremely underrated sci-fi comedy series is about “StarCrossed”, a support group for alien abductees and a journalist called Ozzie Graham (Wyatt Cenac) who travels to meet the group and write a piece about their story. As the series unfurls further, Ozzie remembers that he too had been abducted by the same group of aliens when he was a child. Thought the show has now been cancelled; the two seasons that are available online are more than worthy for your next weekend binge-session 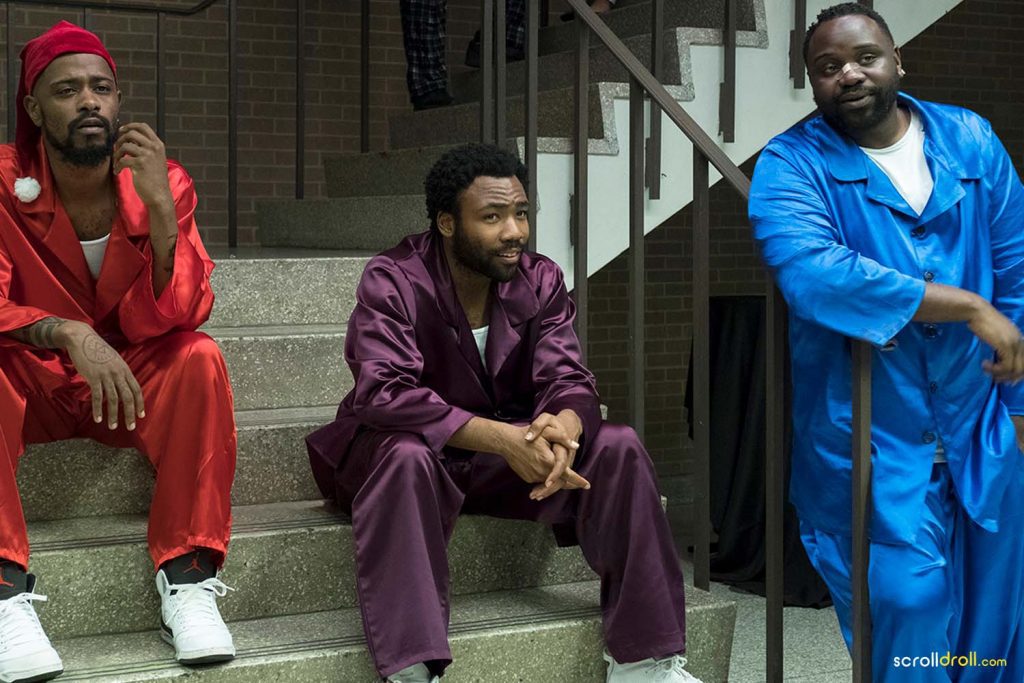 Donald Glover’s (aka Childish Gambino) comedy-drama portrays two cousins trying to make it big in the Atlanta rap scene. It is centred around Earnest Marks, a young college drop-out turned talent manager trying to get his cousin Paper Boi’s career off the pitch. The show was received well by both TV critics and viewers and it has an average rating of 8.5/10 on Rotten Tomatoes. The second season of the show premiered in March 2018 and it has received further critical acclaim. 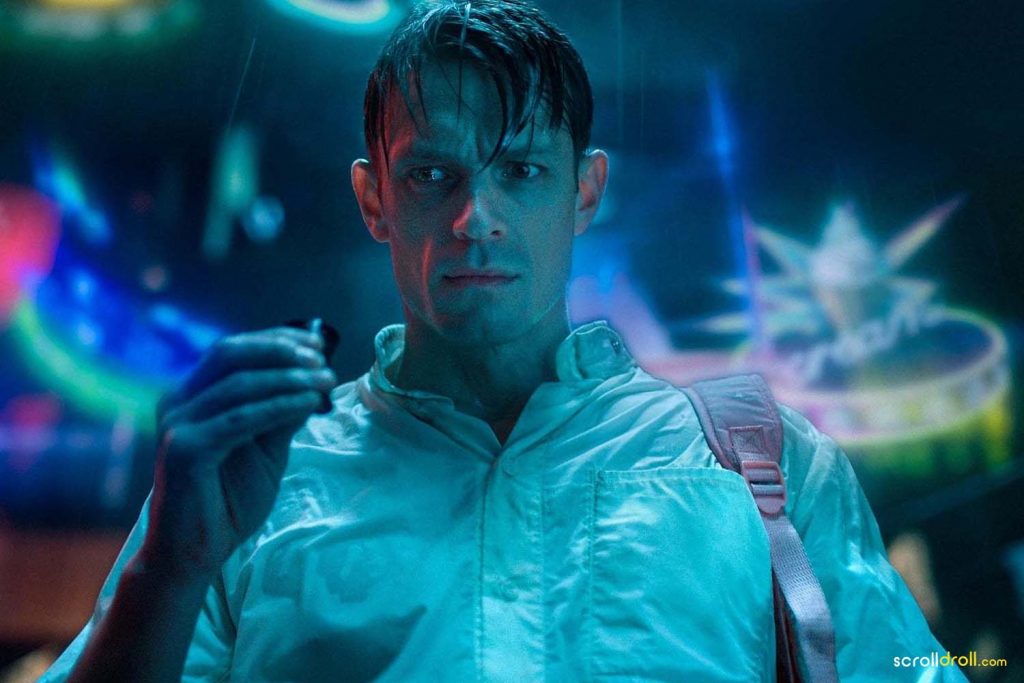 Based on the novel by Richard K Morgan, Altered Carbon is a dystopian sci-fi cyberpunk series which premiered on Netflix in February 2018. The series is set 360 years in the future in a futuristic San Francisco known as Bay City. The complex narrative often jumps back and forth in time making it difficult to follow initially, but once you get the hang of it you’ll be addicted. Altered Carbon is the perfect show to binge-on for fans of movies like Blade Runner, Dark City and Ghost in the Shell.

5. The Man In the High Castle 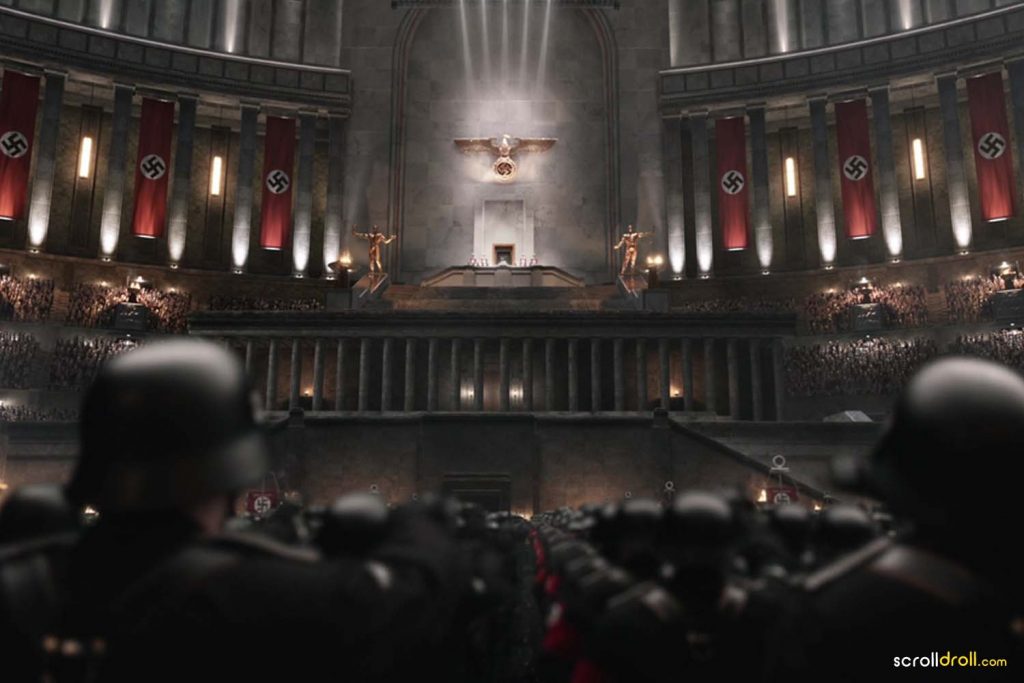 Another show based on a novel of the same name by Phillip K Dick, The Man in the High Castle portrays an alternate history. In this version of history, the Nazi and Japanese forces win World War II and divide the United States as The Greater Nazi Reich, comprising the eastern part and the Japanese Pacific States to the west. The show is an incredible adaptation of the book and keeps the viewer engaged with powerful performances and a well-driven storyline. 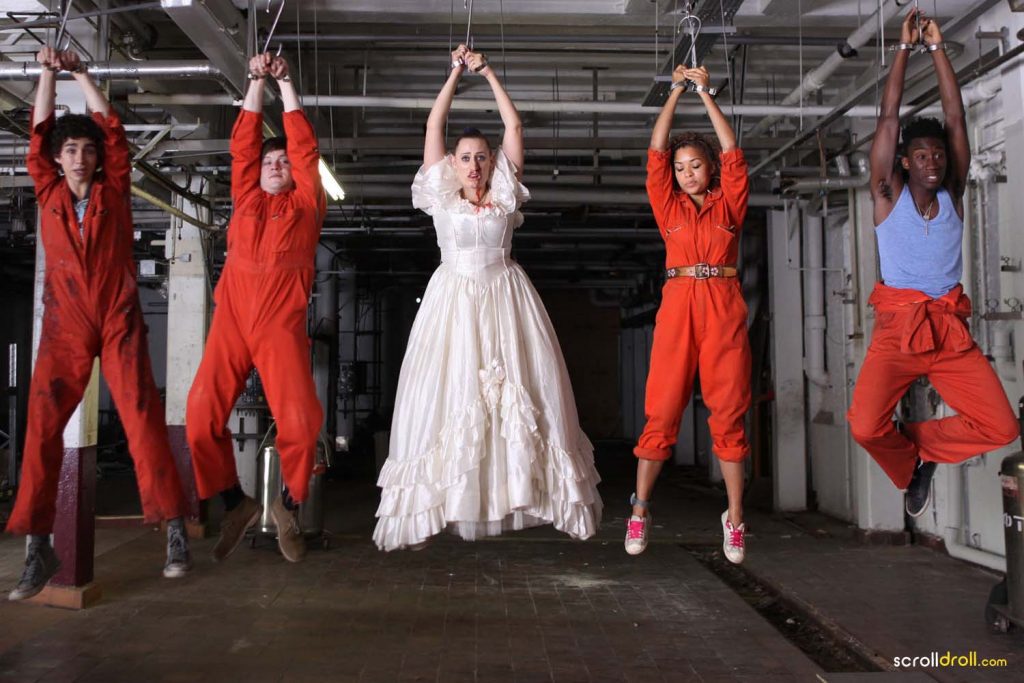 A group of young offenders doing community service are struck by lightning during a storm on the first day of their probation period. The five central characters develop superpowers after the freak storm, but they are not the only ones to have these new super-powers. This compelling show is full of British humour, sarcasm and slangs. It is a wonderful metaphor for the social realities of the day and age. It subverts the general perspective that people have on teens and portrays an honest picture of the bonds between friends. Misfits is a show that should be on everybody’s watch list. 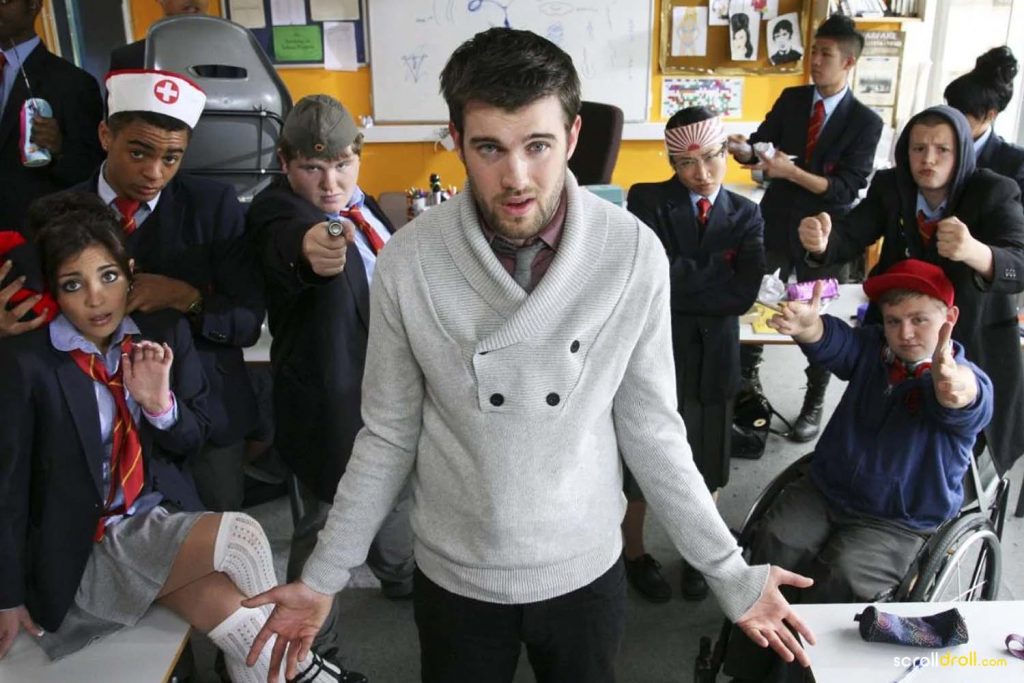 BBC Three’s sitcom Bad Education broke the record for the highest rated first episode of a comedy in 2012. It stars Jack Whitehall as a young teacher Alfie Wickers – “the worst teacher ever to grace the British education system” – at the fictional Abbey Grove School. The series was met with harsh reviews from critics and press but it holds a 7.7 out 10 n IMDb. It is a light show with laughs and gags spread across its three seasons and movie adaptation, its a must watch for adolescent show lovers. 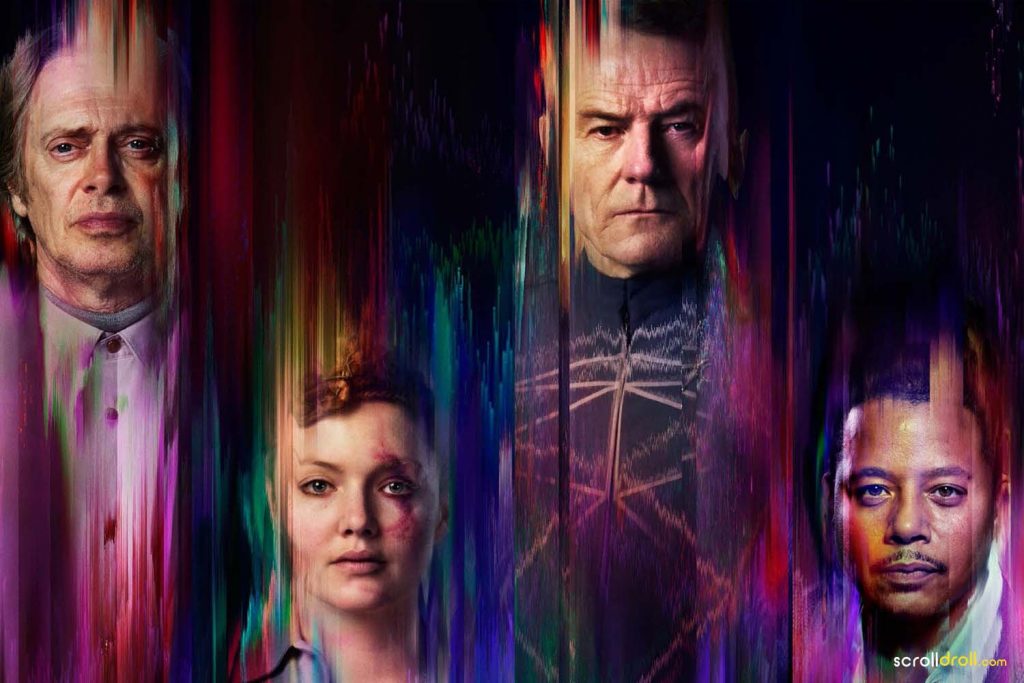 Philip K Dick’s Electric Dreams is a sci-fi anthology show produced by Channel 4. The series has 10 standalone episodes based on Dick’s works. Each episode in the show has a layered narrative which will totally blow your mind. It is not a show for the average sci-fi fan; the stories are deep and thought-provoking and leaves you with more questions than answers. The show was received with general acclaim for its production value and tone. 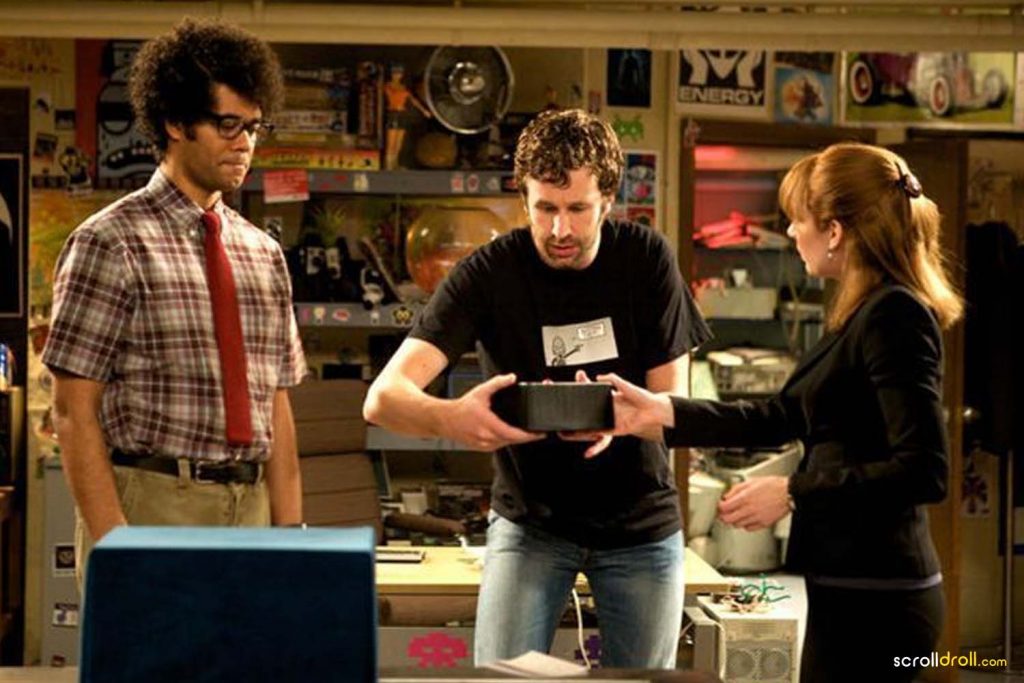 Another British sit-com produced by Channel 4, IT Crowd revolves around the three dysfunctional and awkward staff members of the IT Department in the fictional Reynholm Industries. Maurice (Richard Ayoade), Roy (Chris O’Dowd) and Jen (Katherine Parkinson) are the outcasts of the office and are placed in the basement of the office which does ‘something’, we are never told what Reynholm Industries actually does. With hilarious slapstick based humour and cleverly formulated situational comedy, IT Crowd was filmed in front of a live audience. The live setting demands perfect comedic timing and execution which the show does perfectly. 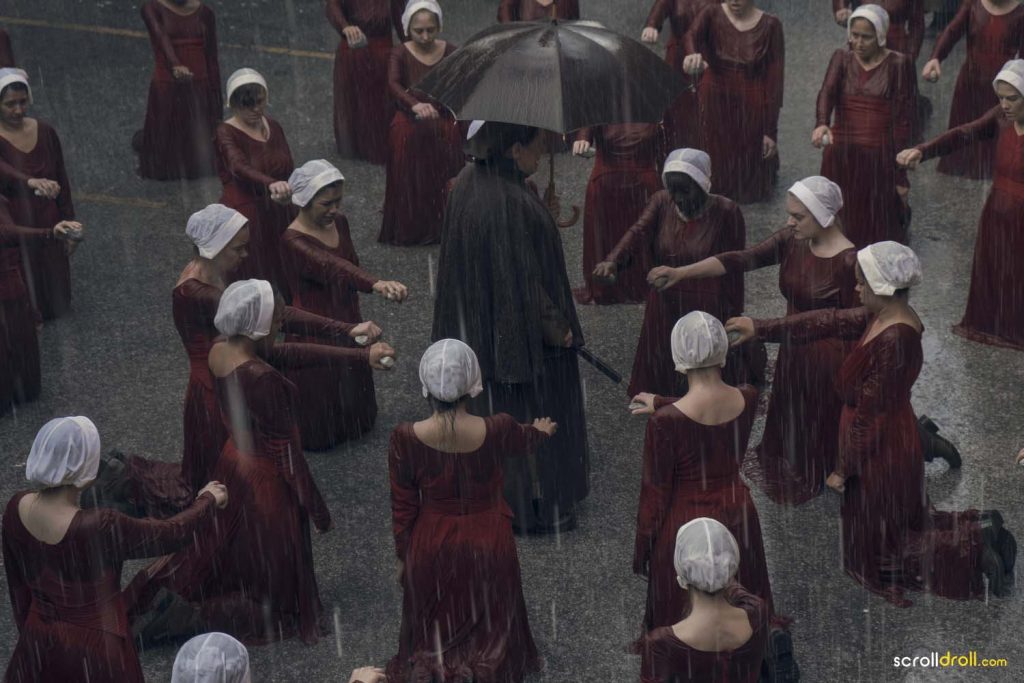 An American dystopian web series, The Handmaid’s Tale is based on Margaret Atwood’s’ 1985 novel of the same name. It was ordered by the streaming service Hulu as a straight-to-series order of 10 episodes, for which production began in late 2016. The plot features a dystopian future following a Second American Civil War wherein a totalitarian society subjects fertile women, called “Handmaids”, into child-bearing servitude. This unsettling show has won 8 Emmy Awards and two Golden Globes. In May 2018 was renewed for a third season.

This brings us to the end of the list of awesome shows that you might not have watched. We hope you like them all. If there are amazing shows that you know about then please feel free to let us know in the comments section.