One of the biggest stars in Bollywood at present is not a Khan or a Kapoor, it’s a Khurana. Ayushmann Khurana. Starting as a Roadies’ contestant, Khurana has indeed come a long way up the ladder and is only expected to scale even greater heights in his career. Besides his memorable roles and movies, Ayushmann Khurana Shayaris have also become popular amongst netizens.

A multi-talented person, Ayushmann has shown us so many skills and off-screen, and we never know what to expect next from him. With his charming looks and calm demeanor, he has cut out a suave image for himself, and now Bollywood cannot be imagined without this handsome man who never seems to run out of hits. His relationship with his wonderful wife, Tahira Kashyap, and his talented brother, Aparshakti Khurana, has also come under the scanner and never failed to impress. In his early days, Khurana invested his time in being a radio jockey and a video jockey and rocked both roles.

After coming into films with Vicky Donor, he has shown his many talents, serenading us with his voice in Paani da Rang, which also won him a Filmfare award for best singer, his acting was never doubted because it always ranked among some of the best performances by Bollywood actors. His tweets regularly showcase his writing talents, too, as he enthralls his fans by shayaris about love, life, and friendship.

Here we present to you some of the best Ayushmann Khurana shayaris that are sure to remind you of the immense talent of this man.

1. Down the memory lane… 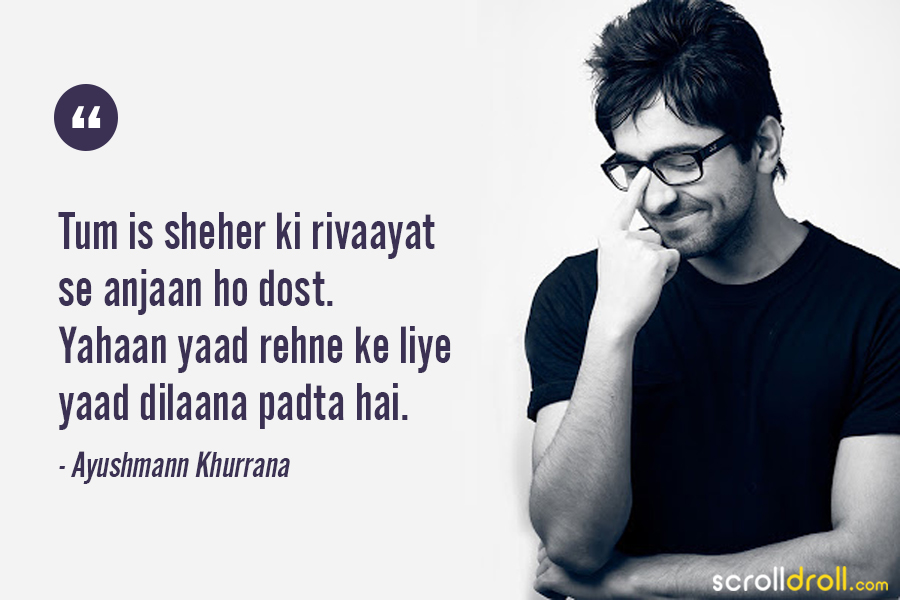 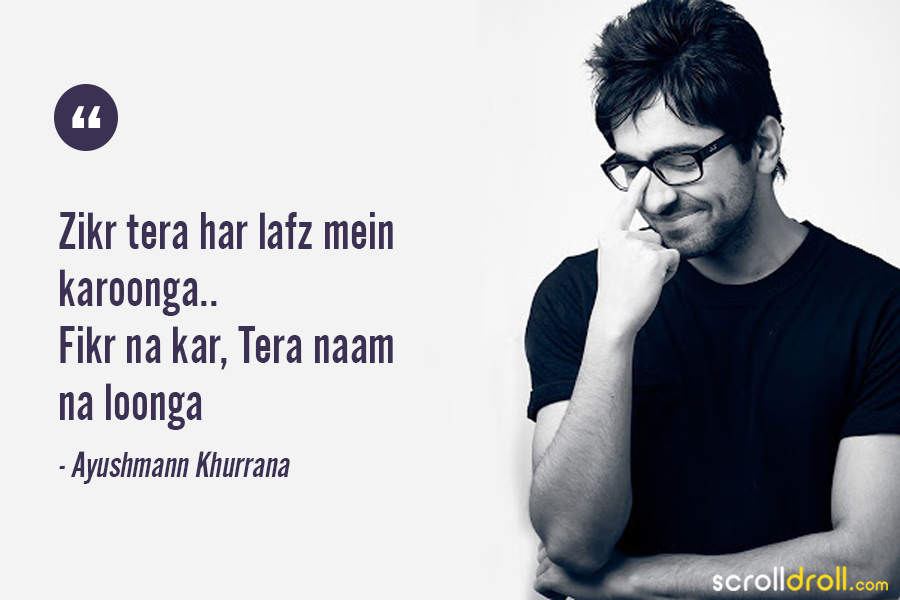 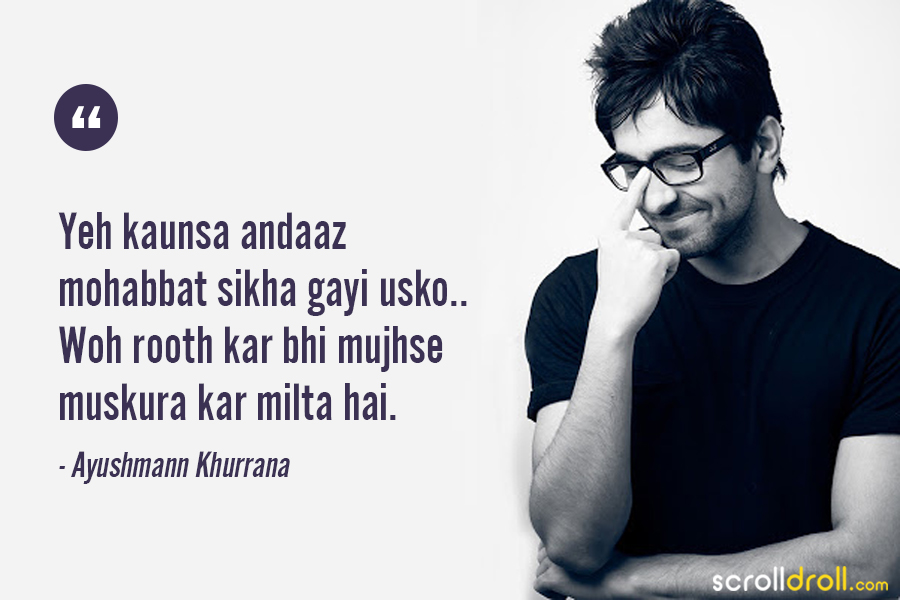 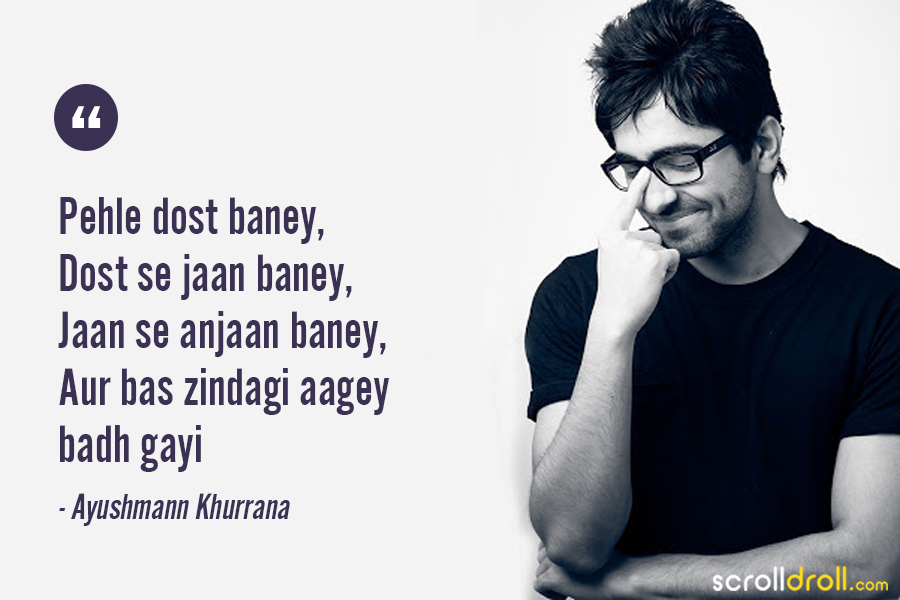 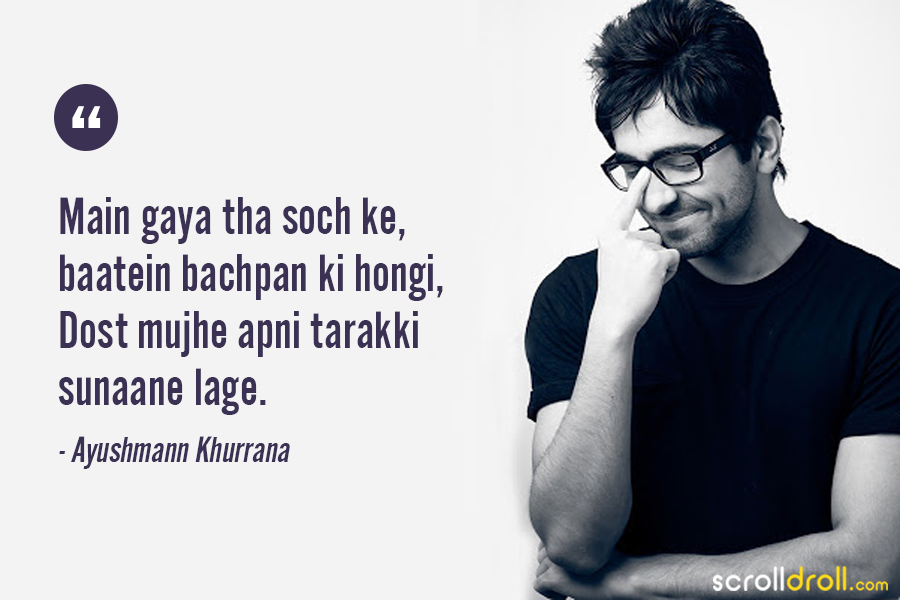 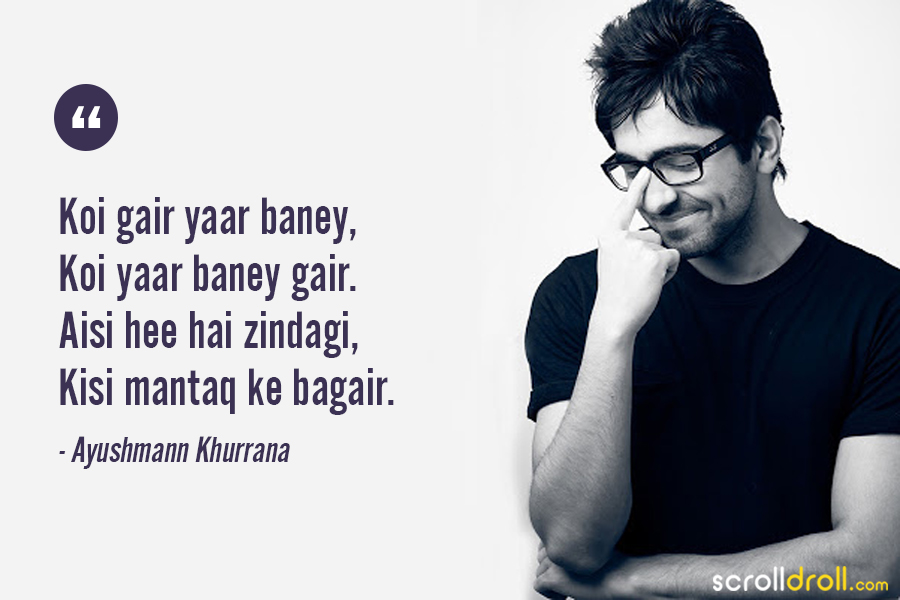 7. People who see through you. 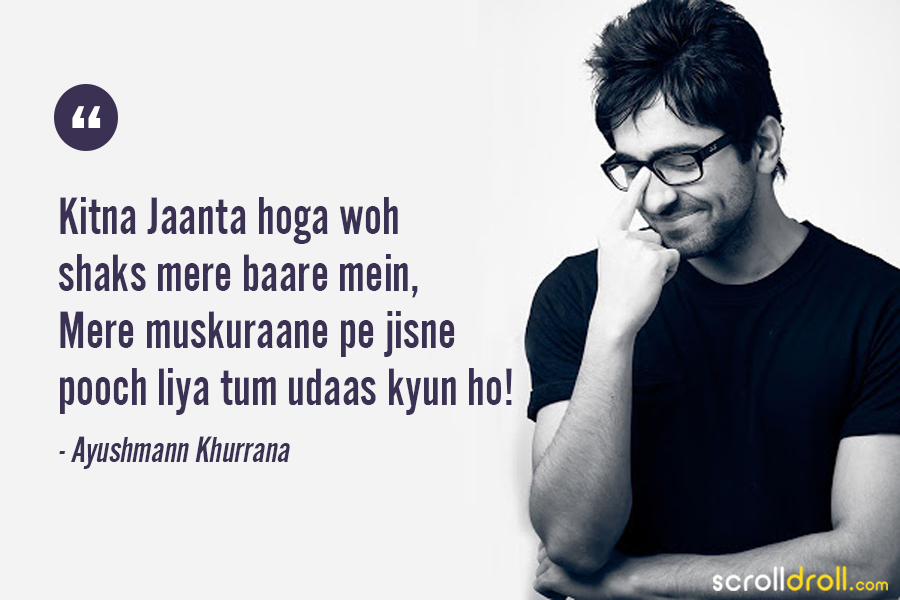 8. That one face in the crowd. 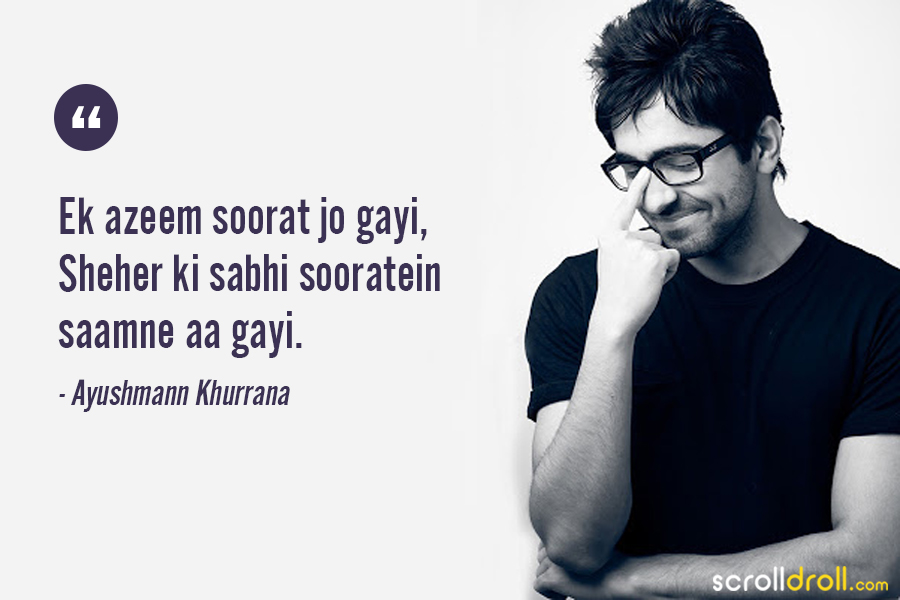 9. What if the end never came? 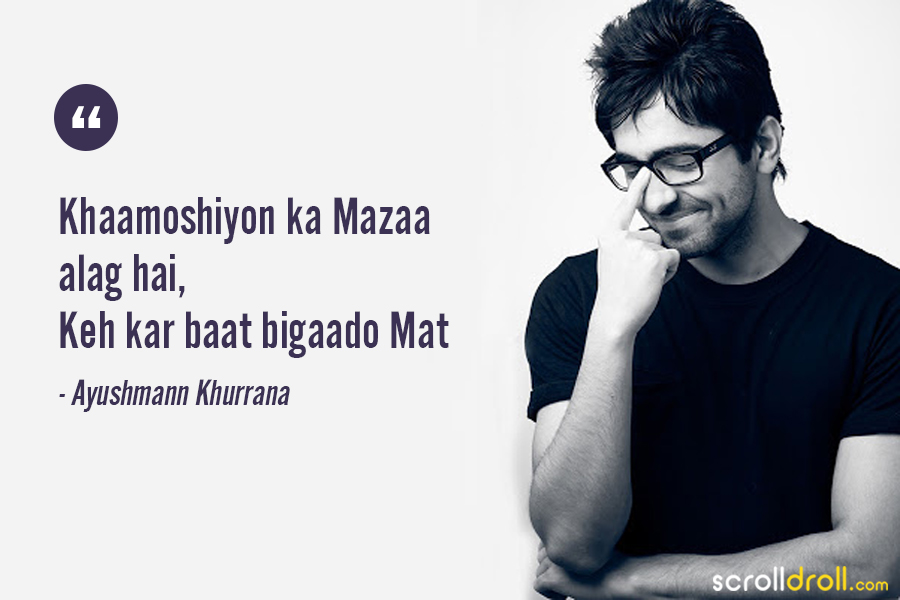 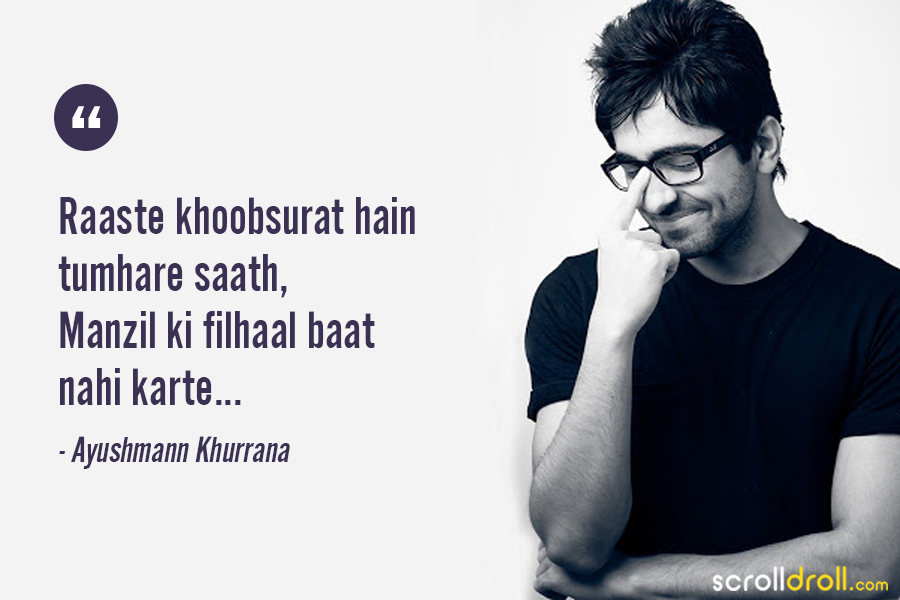 12. The heart wants what it wants. 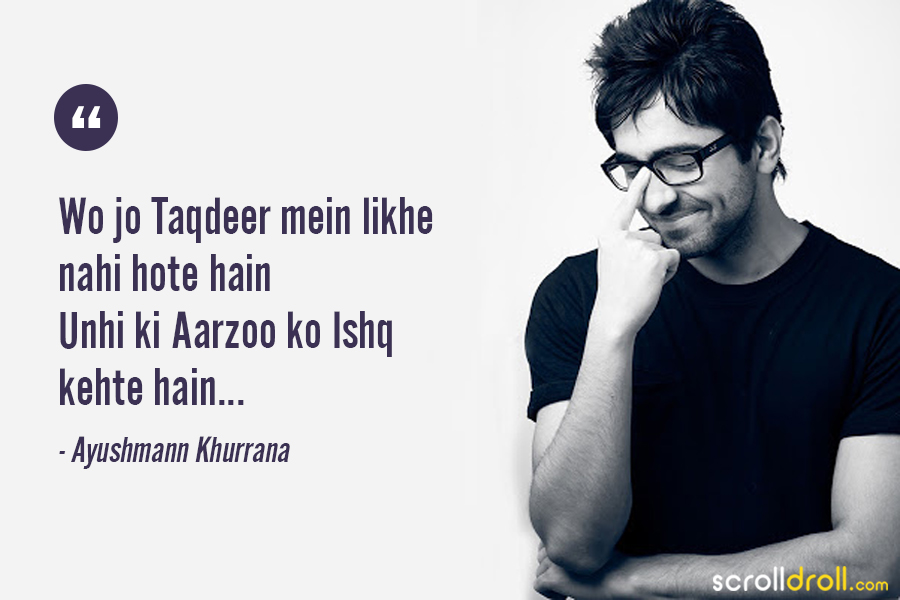 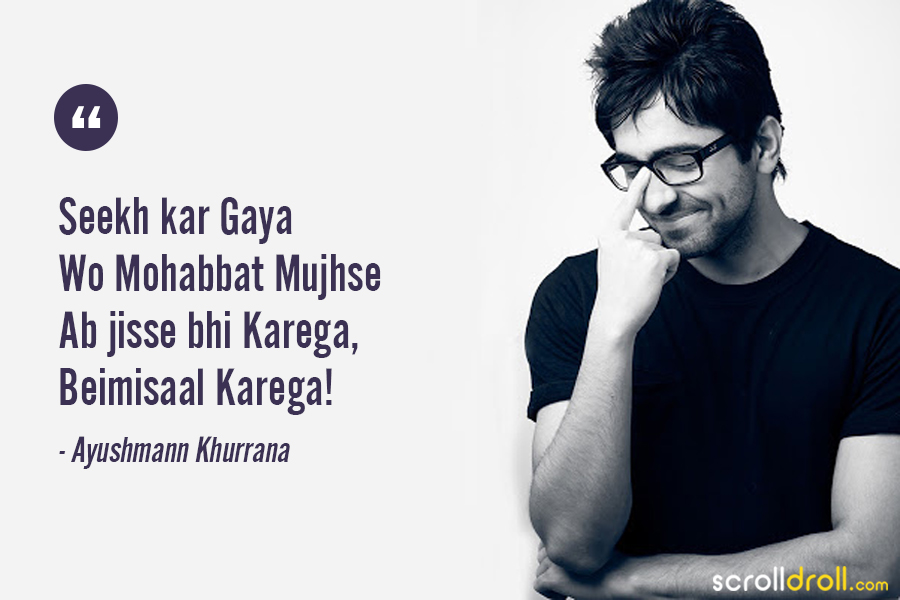 14. Promises are meant to be kept. 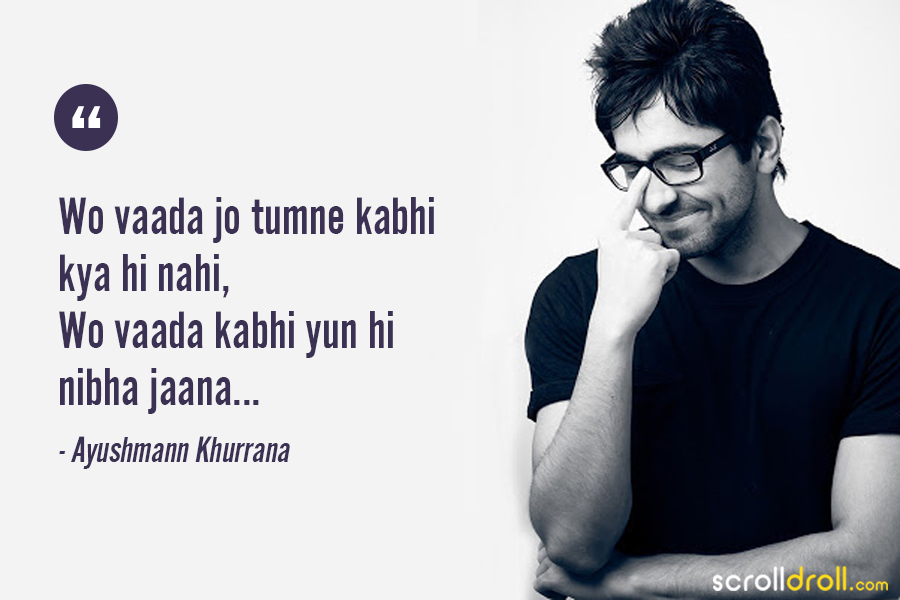 15. The dilemmas of the heart. 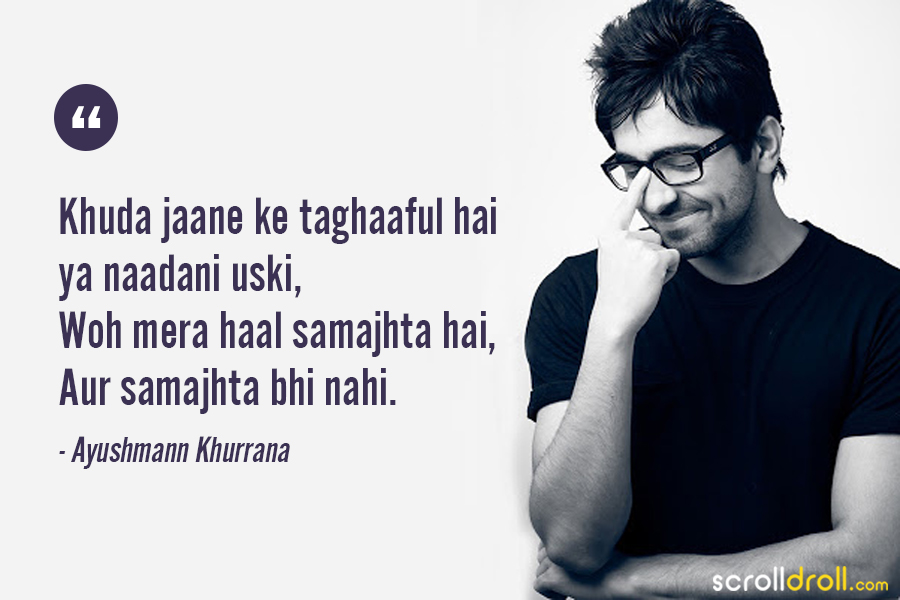 Ayushmann Khurana is a gem of a person and we are grateful to Bollywood for having brought him into our lives. His way of looking at things that reveals themselves in his writings only makes us fall harder in love with him. We hope he will continue to write and let us know about his thoughts through his amazing shayaris.

We gave you our choices for the 15 best Ayushmann Khurana shayaris, but we are awaiting the approval of an Ayushmannian. Are you one? Then let us know your views in the comments.

10 Hostel Daze Meme Templates Which Are Too Funny

Inspiring Quotes From Famous World Leaders Who Changed The World!