USA’s first president of color, Barack Obama was one of the most powerful and influential stalwarts of the 21st Century. He served as the 44th President of the United States for two terms – 2009 to 2017. A man with extra-ordinary vision and charm, his commitment for an inclusive America for all citizens was lauded by all quarters. His ideas, vision, work and Barack Obama quotes continues to inspire the United States and the world alike.

A man who represented the great American dream with the ideas of democracy, rights, liberty, opportunity and equality, Barack Obama was one of the most popular presidents of United States Of America in recent times who left the office with an approval ratings of 60%. A survey of historians by the APSA (American Political Science Association) in 2018 ranked Obama as the 8th-greatest President of the United States.

1. Yes We Can!
This Barack Obama quote became the slogan of the historic 2008 US Presidential election campaign and a symbol of Change. 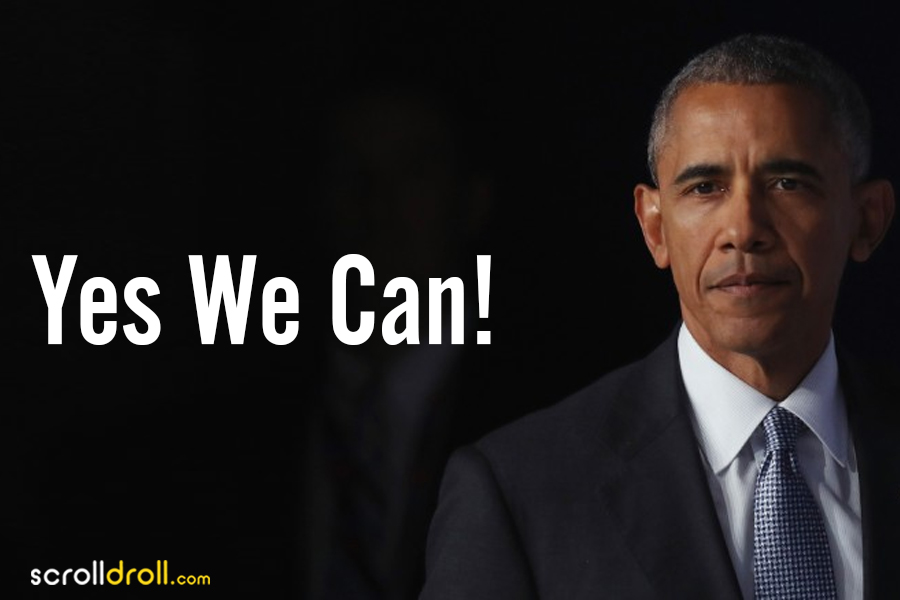 2. Nothing in life that’s worth anything is easy. 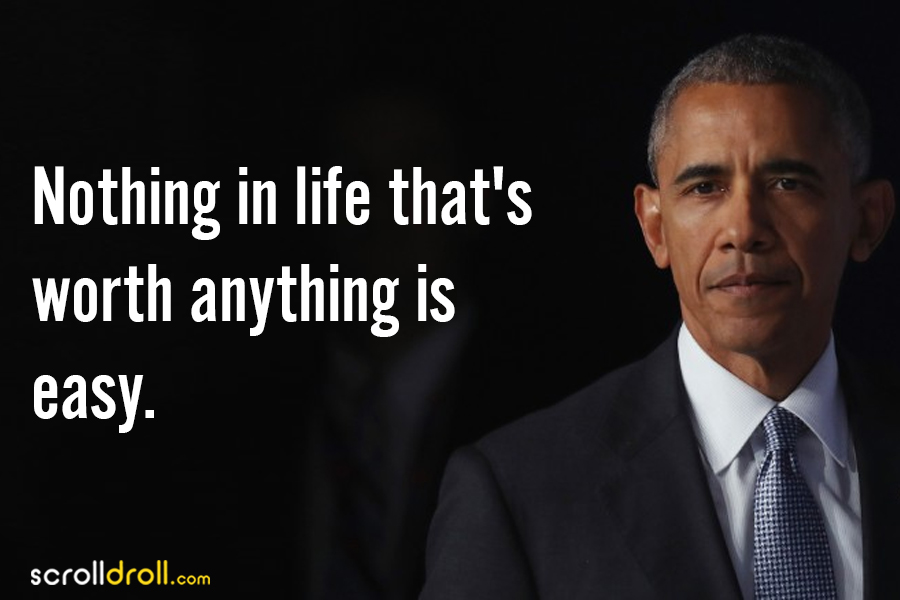 3. While we breathe, we will hope. 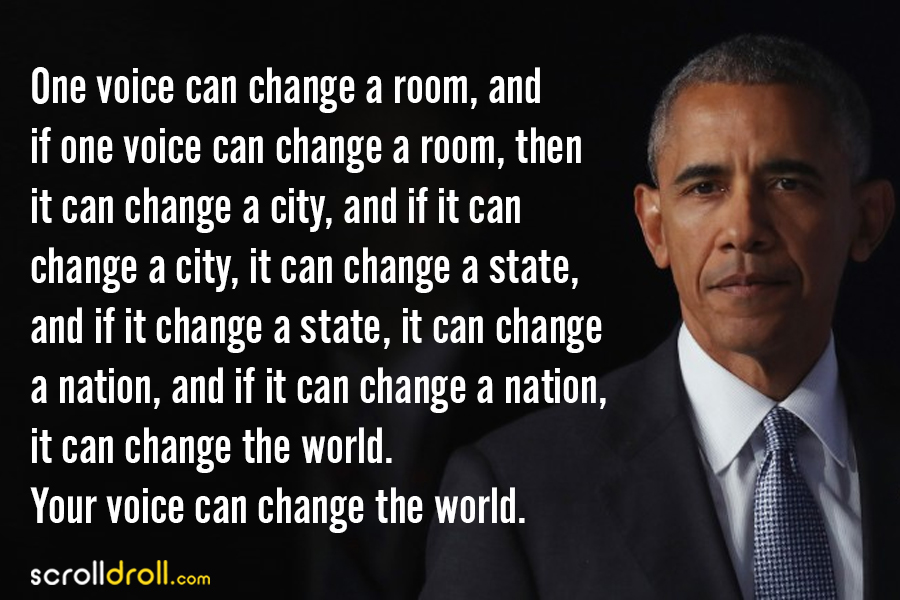 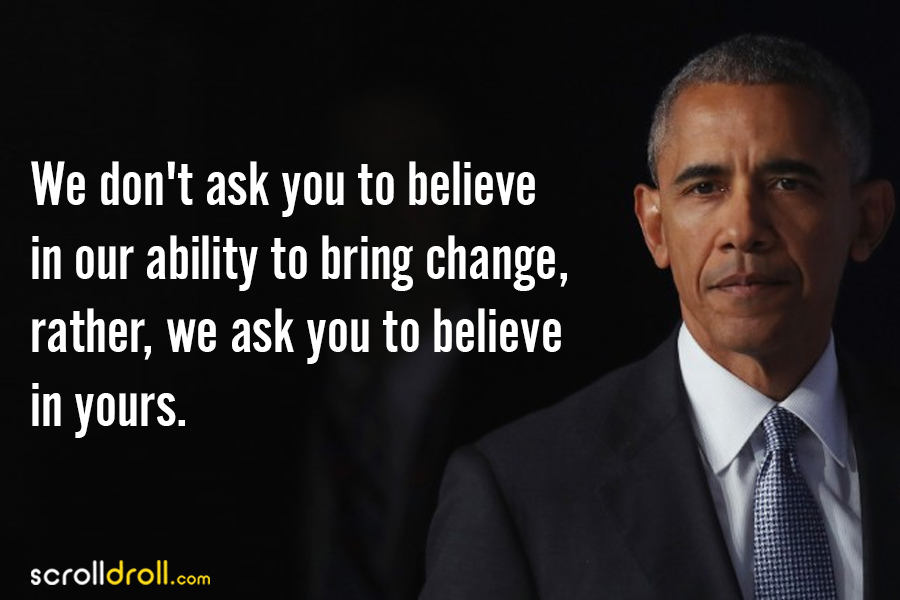 5. Our stories may be singular, but our destination is shared. 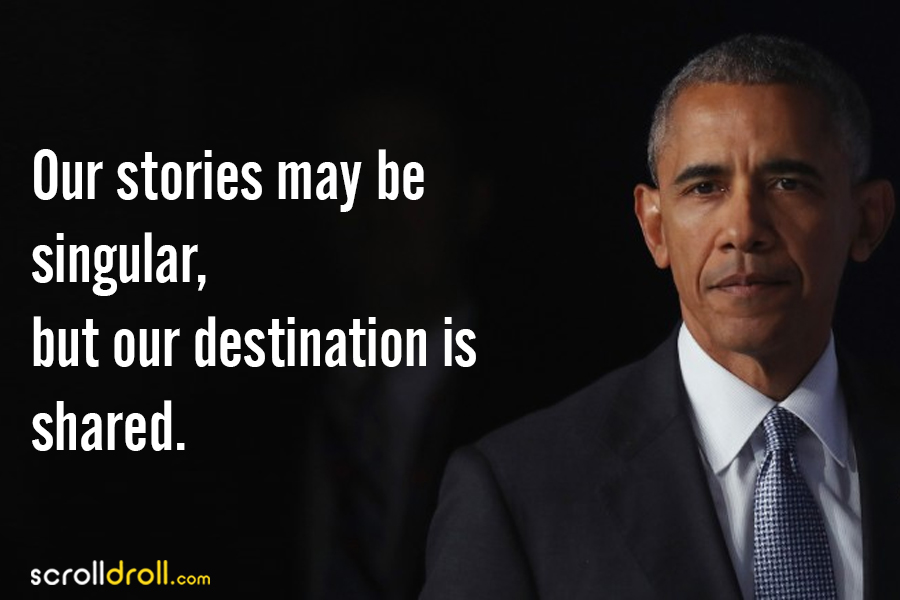 6. Nothing can stand in the way of the power of millions of voices calling for change. 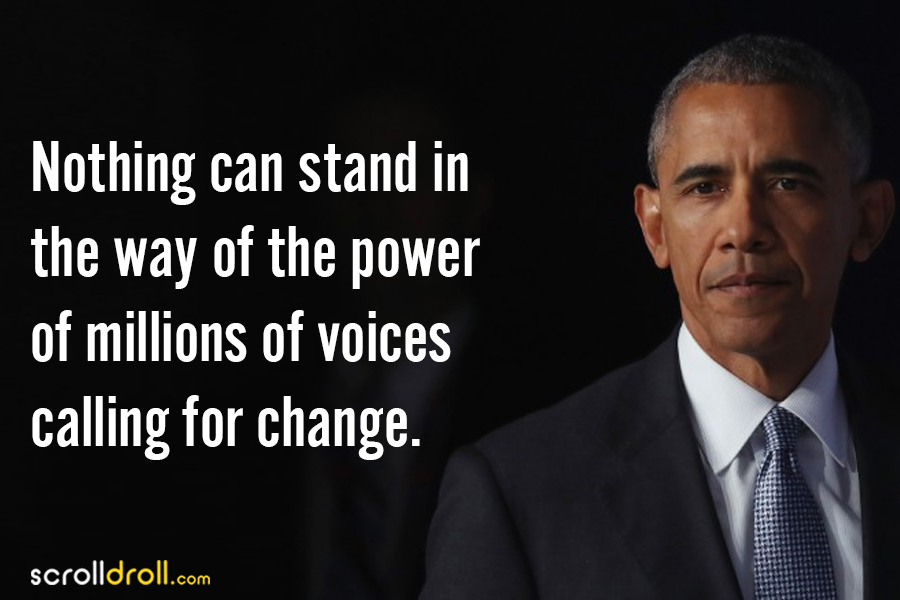 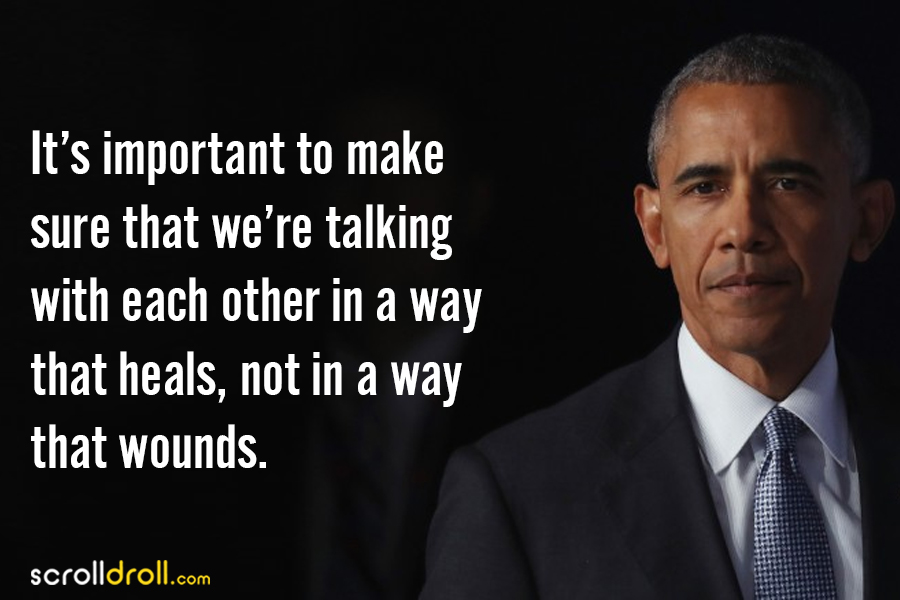 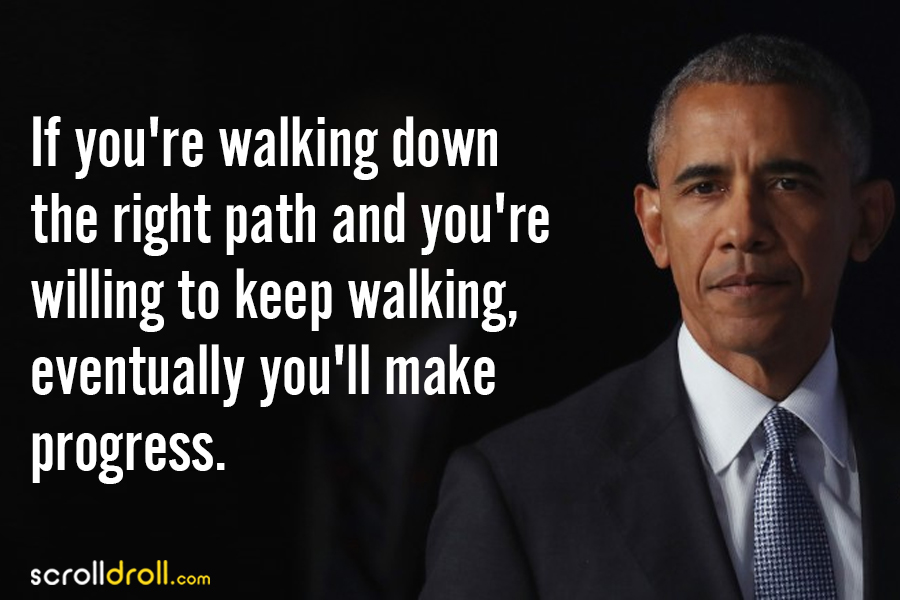 9. Focusing your life solely on making a buck shows a poverty of ambition. It asks too little of yourself. And it will leave you unfulfilled. 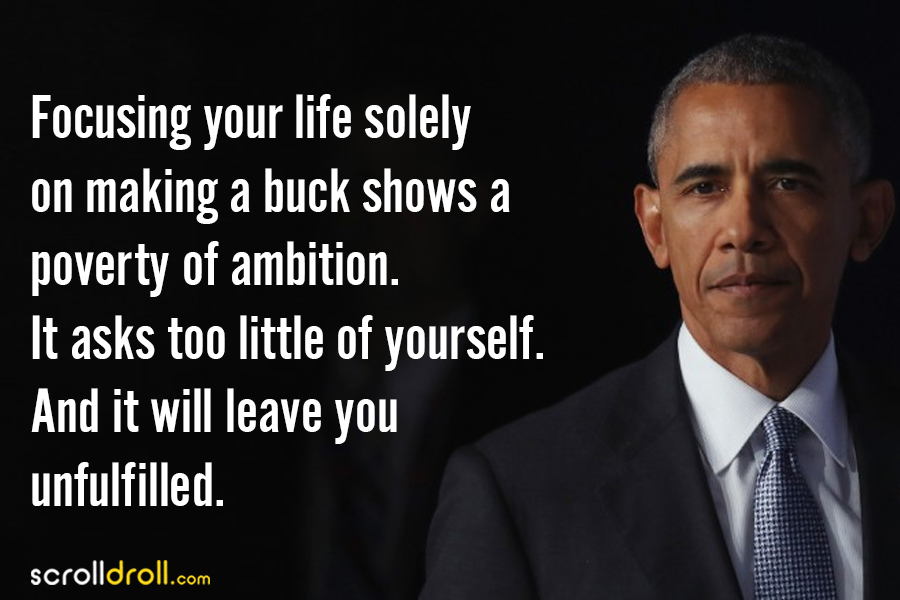 9. Money is not the only answer, but it makes a difference. 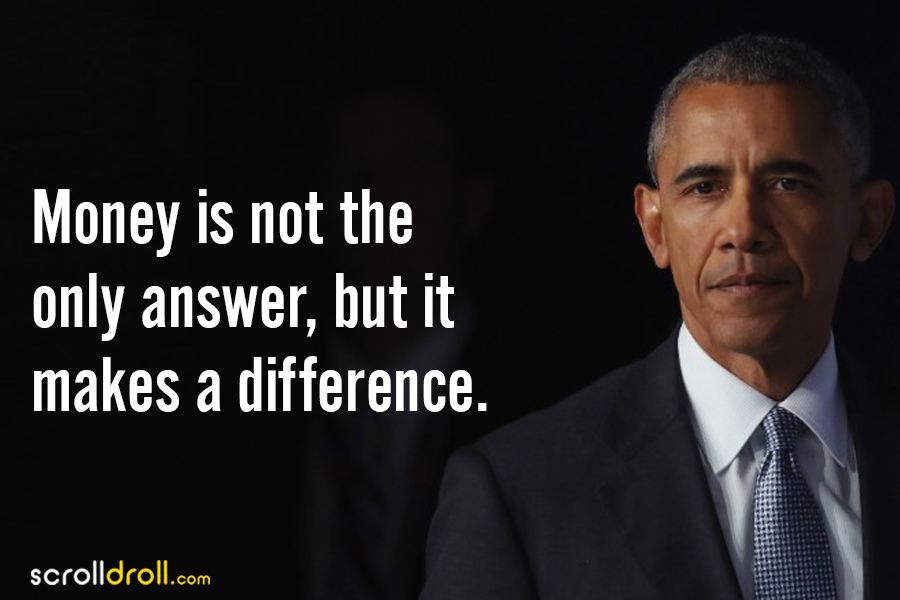 10.We proved that we are still a people capable of doing big things and tackling our biggest challenges. 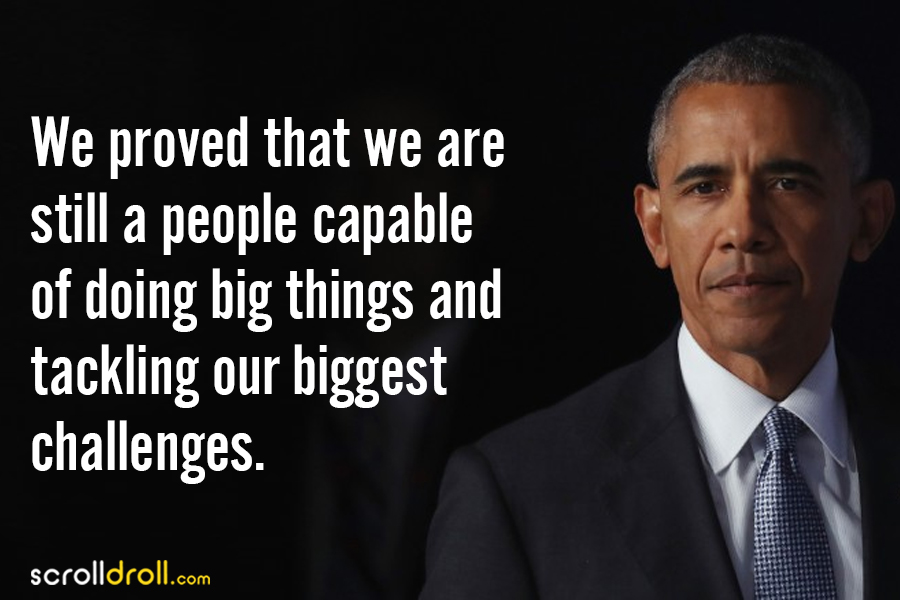 11. In the face of impossible odds, people who love this country can change it. 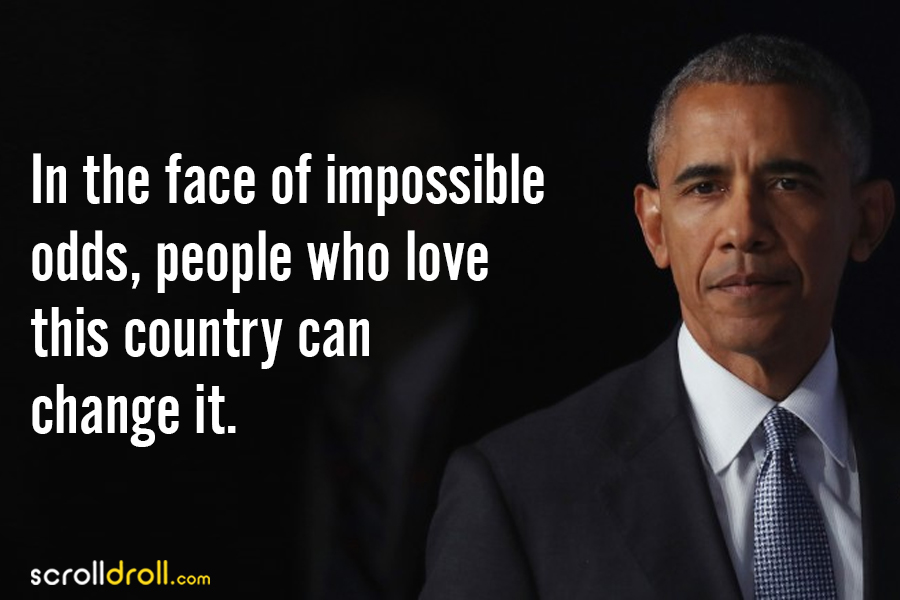 12. We are the change we have been waiting for. 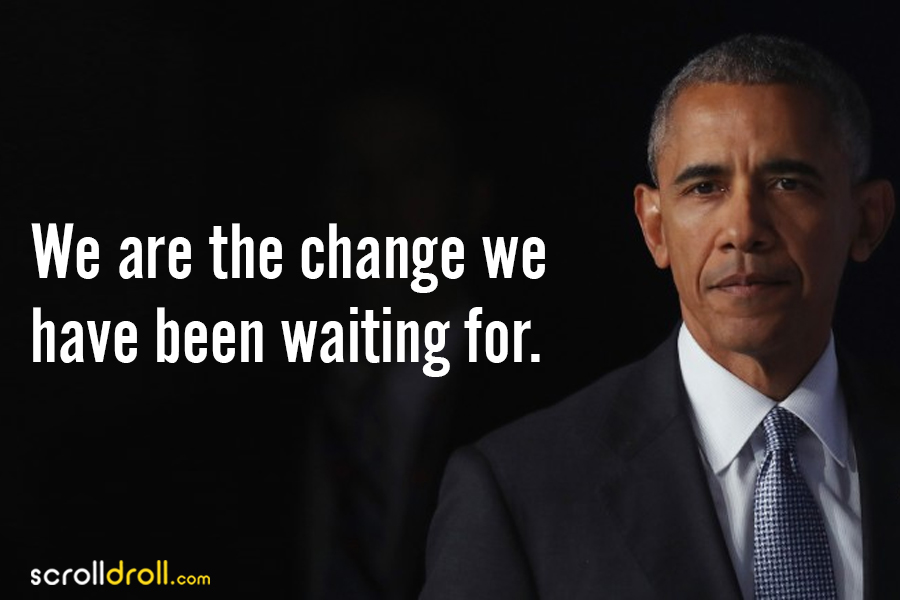 13. A change is brought about because ordinary people do extraordinary things. 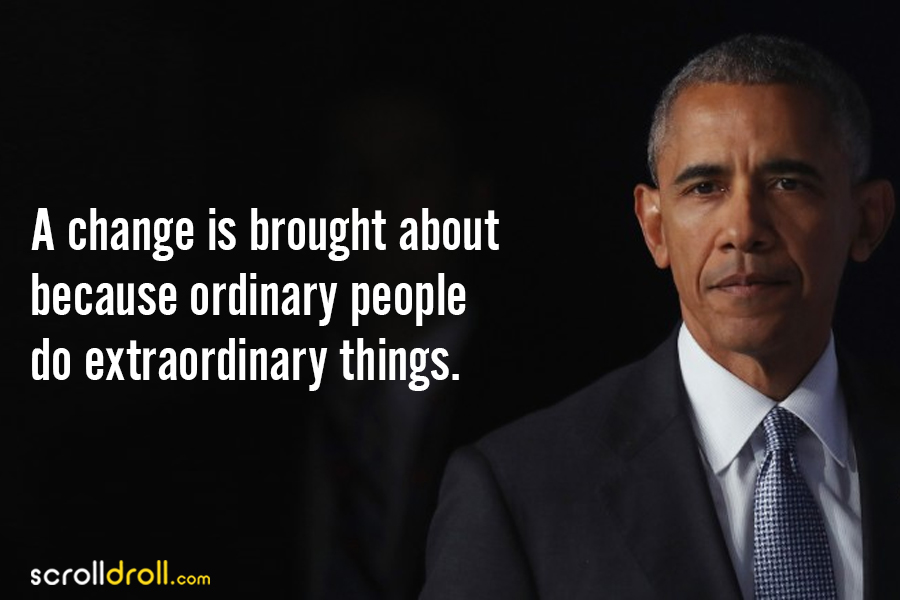 14. The best way to not feel hopeless is to get up and do something. Don’t wait for good things to happen to you. 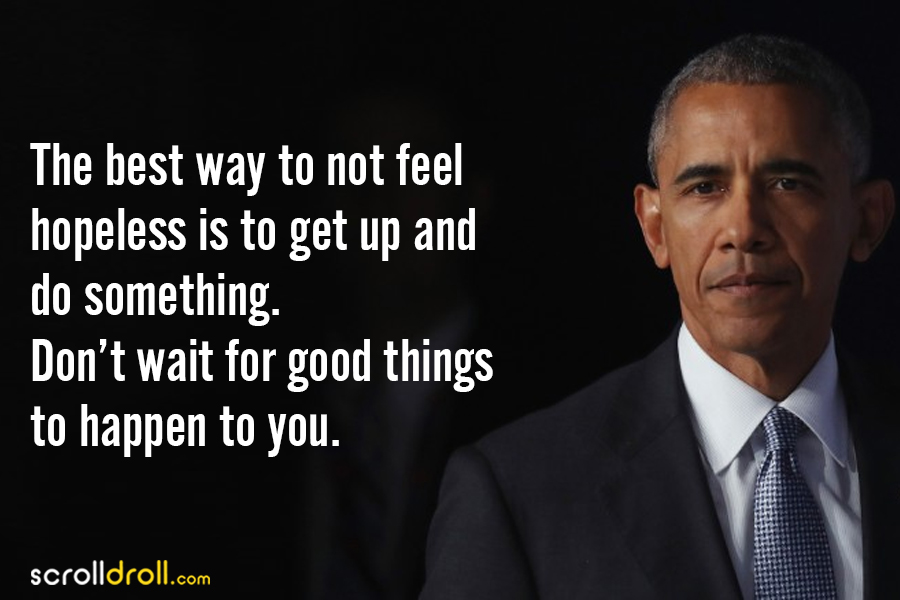 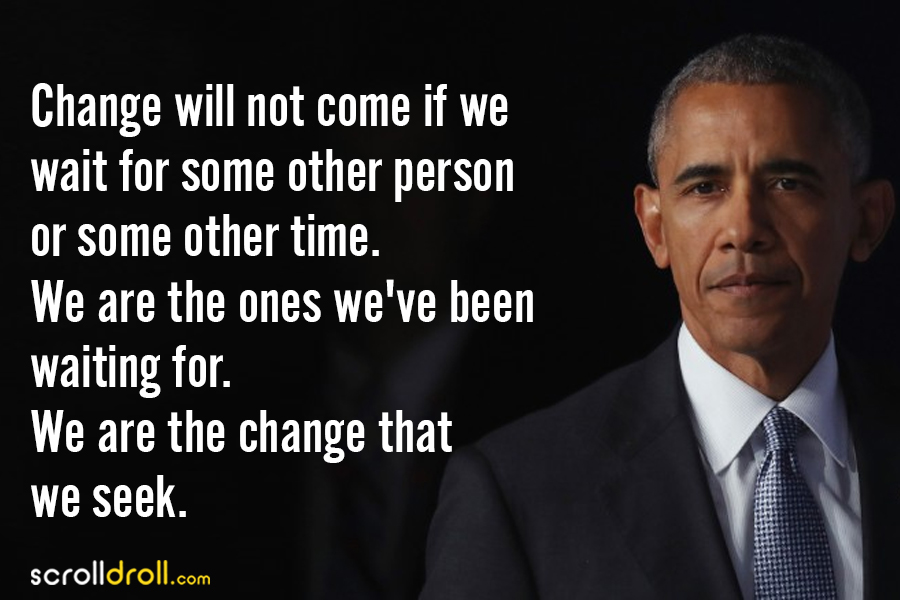 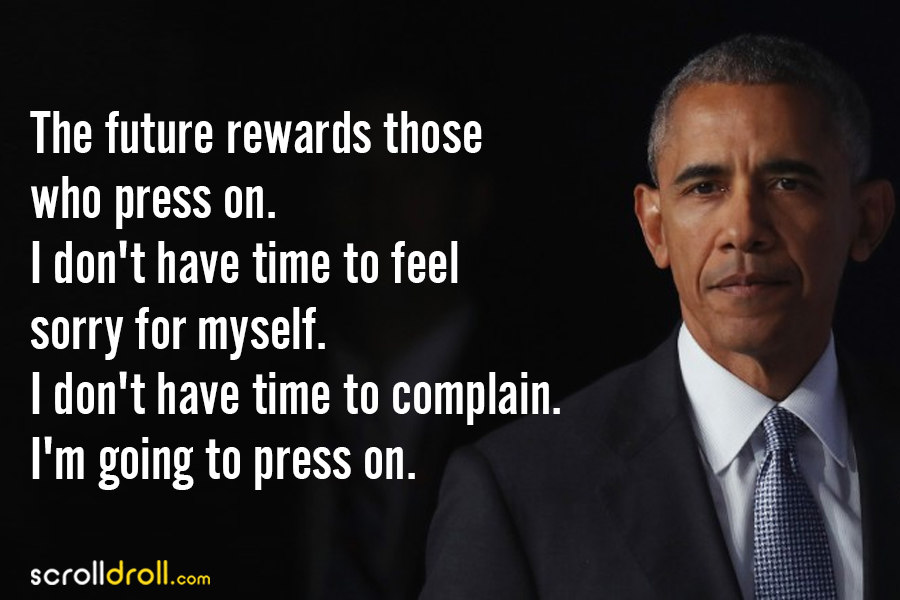 17. My fellow Americans, we are and always will be a nation of immigrants. We were strangers once, too. 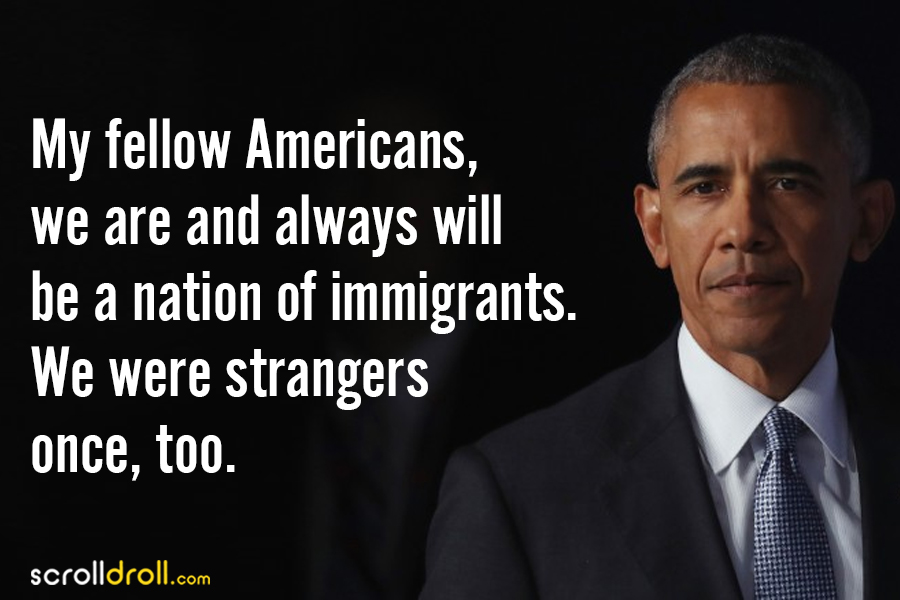 In a country and world with rampant racism, the two successive electoral victory of Barack Obama represented breaking the age old shackles of racism that had haunted the people of color for ages. Barack Obama also won the 2009 Nobel Peace Prize for his commitment to global peace.

Which of these Barack Obama quotes do you think is the most hard-hitting?