While the covid pandemic has largely derailed film releases all over the world, everyone is now eyeing vaccination stats as vaccinated countries have begun opening up on a larger scale. However, it can be almost said with certainty that the situation in India won’t meet the pre-pandemic ideals for at least another year. This sadly means that big Bollywood projects keep getting delayed – movies like Gangubai Kathiawadi which have great potential for revenue from theatrical releases are now postponed. However, that doesn’t mean that life has stopped altogether in Bollywood – most movies have chosen to take the OTT route as theatres begin to reopen slowly. In any case, the pool of movies was much smaller this year compared to any other, but the few we have chosen for you do deserve your time and attention – here are the 20 best Bollywood movies of 2021.

When Bharat Lal applies for a loan, he is shocked to discover that he has been declared officially dead. Apparently, one of his own bribed a bureaucrat to make his death certificate so he could inherit a small land that is rightfully Bharat Lal’s. Thus begins Bharat Lal’s struggle to make the Indian bureaucracy listen to his woes. Based on a real-life story, Kaagaz stars Pankaj Tripathi in the titular role, and is undoubtedly one of the best Bollywood movies of 2021 so far. 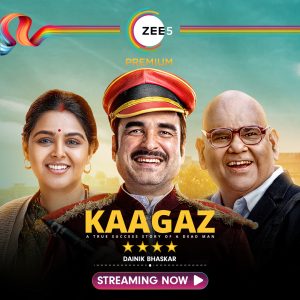 A.R. Rahman’s first production venture, 99 songs is also written by the Indian music industry legend. The movie follows a singer-songwriter who has been challenged to write 99 songs before he can marry the girl of his dreams. While the movie has a remarkably different tonality from most other Bollywood movies, it was praised for its music and performances. 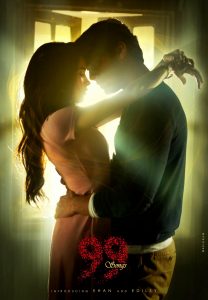 In this black comedy by ace director Dibakar Banerjee, Parineeti Chopra and Arjun Kapoor play two fugitives on the run due to unforeseen circumstances. The movie lets Parineeti shine as the relentlessly self-made woman, while Arjun Kapoor’s character takes a straighter path. Despite mixed reviews, the movie deserves a chance and will not disappoint you if you enjoy the genre. 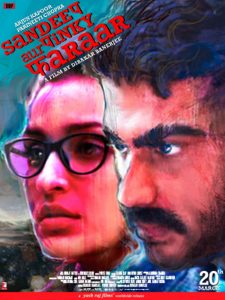 After the patriarch of the family, Ramprasad passes away, his entire family comes under one roof to observe his last rites for the next thirteen days. During this time, each character sets upon a journey of their own, while bickering and bonding over family politics and shared memories. Directed by Seema Pahwa and based on her own play, Pind Daan, the movie is a treat with an exceptional cast. 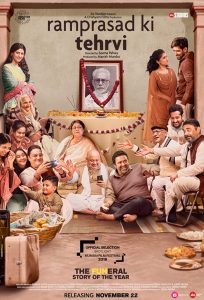 Directed by Renuka Sahane, Tribhanga follows three women from three generations in a family, all three wildly dissimilar from each other. Tanvi Azmi plays Nayantara, the oldest of the three, a legendary writer who has had strained ties with her daughter. Kajol plays Anuradha, her eccentric daughter, who’s a Bollywood actress and dancer. Mithila Palkar plays Masha, Anuradha’s daughter, who has a far more balanced personality, is pregnant with her first child, and unlike her mother and grandmother, only wants domestic bliss. When Nayantara suffers a sudden brain stroke, it forces the three women to reconsider their relationships with each other. 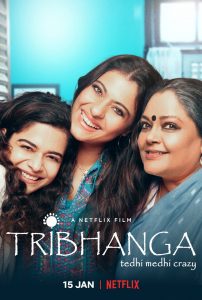 While reviews for Netflix’s original anthology film, Ajeeb Daastaans were mixed, unanimous praise was directed towards Neeraj Ghaywan’s Geeli Pucchi which stole hearts. It is hard to believe that Ghaywan is only one full-length feature film old, given how deftly he handles his subject matter. Konkona Sen Sharma and Aditi Rao Hyadri shine as two queer women discovering love for one another despite class and caste differences. Kayoze Irani’s Ankahi starring Shefali Shah and Manav Kaul also deserves your attention; they both share enviable chemistry. 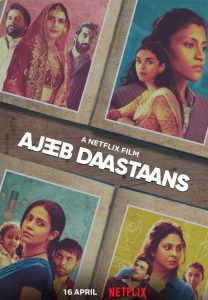 Based on Aravind Adiga’s Man Booker Prize winning novel of the same name, The White Tiger was one of the earliest releases of 2021, as well as one of the most exciting. Rajkummar Rao and Priyanka Chopra do a commendable job as supporting actors (even though Rajkummar’s American accent might make you squirm), but the star of the show, without a doubt, is a new face that belongs to Adarsh Gaurav. Playing the bitter and cunning driver, Balram, Adarsh is able to bring a kind of authenticity to his portrayal not expected from a fairly inexperienced actor. The movie follows a bloody tale of class struggle – the story of an ambitious servant who doesn’t get what he deserves, and must resort to forcing it out of his master’s hand. Without a doubt, The White Tiger is one of the best Bollywood movies of 2021. 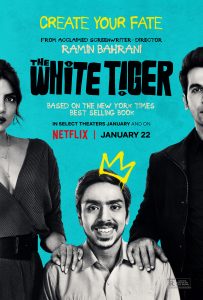 An unexpectedly engaging watch was the crime thriller, Nail Polish, that released earlier this year. With Manav Kaul and Arjun Rampal as its lead actors, Nail Polish presens the viewer with a well-rounded mystery flick that’d keep one on their toes. Manav Kaul has, over the years, proven to be an asset for any work he’s starred in, and it’s time he receives his due. Unsurprisingly, Nail Polish belongs to Kaul, who delivers a fantastic performance. The rest of the cast too does a commendable job, and apart from a few slip ups here and there, Nail Polish is one of the best movies of 2021. 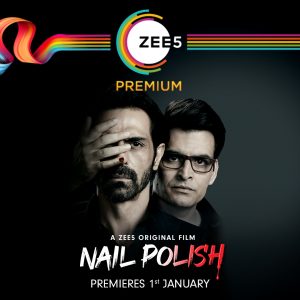 Pagglait opens with a similar situation at hand as Ramprasad ki Tehrvi, the difference being this time a much younger man has died. The movie follows the story of a young woman named Sandhya, whose husband of five months and the lone child of his parents, Astik, has suddenly died. As Sandhya struggles to feel anything for her husband with whom she did not share a close relationship, the family discovers that Astik left behind an insurance claim worth Rs 50 lakhs whose sole nominee is Sandhya. Even as Astik’s parents mourn, the rest of the extended family resigns to turn the situation around for their own benefit. Pagglait boasts of an absolutely spectacular cast; you wouldn’t want to miss this 2021 movie at any cost. 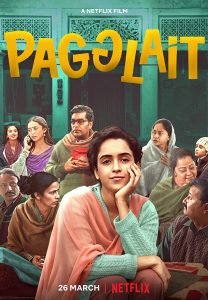 While the trailer may have led one to believe that Amole Gupte’s Saina will end up being another forgettable Parineeti starrer, viewers were in for a surprise with the genuinely wholesome watch that Saina proved to be in the end. Following the life of ace badminton player Saina Nehwal, the movie showcases the general struggles of any sportsperson who makes it big. Parineeti does a commendable job as Saina, even though her make-up leaves something to be desired; the rest of the cast too elevates the experience of the movie. 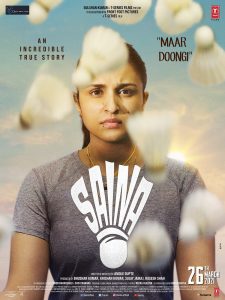 Probably the most loved movie of 2021, Shershaah features Siddharth Malhotra and Kiara Advani in lead roles. The movie focuses on the story of Captain Vikram Batra, a valiant Indian soldier who lost his life during the Kargil war. 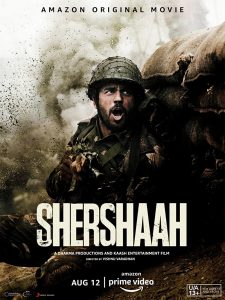 Starring Vicky Kaushal in the lead, Sardar Udham recounts the story of Udham Singh, an Indian revolutionary fighter who shot and killed Michael O’ Dwyer, who was responsible for the Jallianwalah Bagh massacre in Amritsar in 1919. 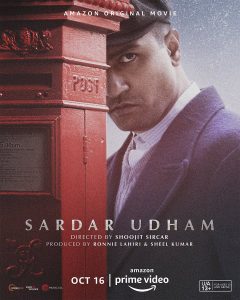 After an Indian woman agrees to become a surrogate for an American couple for financial assistance, her world turns upside-down, as the couple abruptly refuses to accept the child. Starring Kriti Sanon and Pankaj Tripathi, Mimi had one of the most unconventional plots in any Bollywood movie this year. 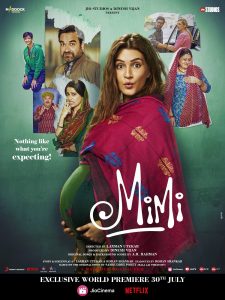 Rani is a vivacious woman married to a rather meek engineer, Rishu. When her husband does in an explosion at her house, she becomes the prime suspect in the murder trial because of her strained relationship with her husband. Rani recalls the events in flashbacks that have led up to that point. 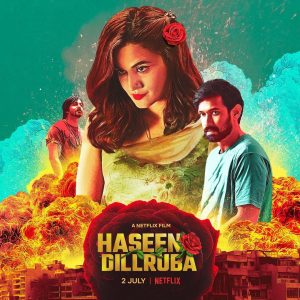 When a man-eating tigress roams free in a remote village, a forest officer, Vidya, is tasked with containing the wild beast. Starring Vidya Balan in the lead, the movie makes a poignant statement, making it one of the best bollywood movies of 2021. 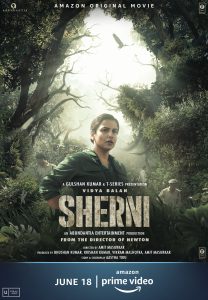 Following the larger than life story of Tamil Nadu’s erstwhile chief minister, Jaylalithaa, Thalaivi recalls the life of the legendary politician from the very beginning. 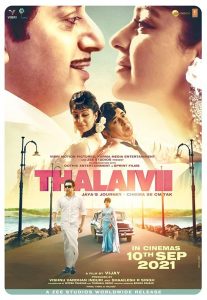 After a series of airplane hijacks in the 1980s that only end with the government of India giving in to the demands of terrorists, the government hires an agent to rescue 210 hostages from a similar hijacking. 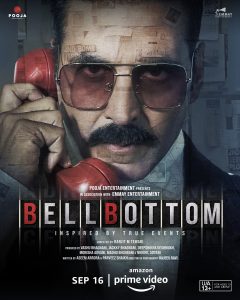 In Bagadpur, it is customary that the girl be kidnapped against her will by the person who wishes to marry her. When Bhawra Pandey and Kattani Qureshi kidnap Roohi for their boss, things take an unexpected turn when she gets possessed by a demon. 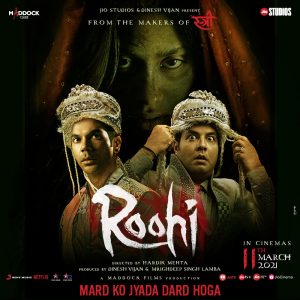 A spin-off based on the character of Bob Biswas, a ruthless contract killer, the movie follows Bob after he wakes up from a coma after 8 years and has no recollection of his previous life. 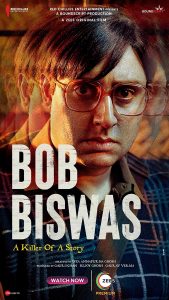 A struggling anchor is presented with a lucrative opportunity to capitalise on a violent incident after a terrorist makes contact with him, threatening him on air. However, in the process, he must compromise with his conscience. 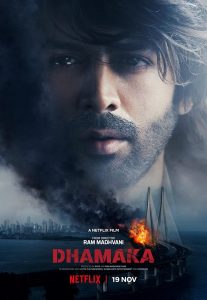 Did you like our list of the best Bollywood movies of 2021? Which movie did you enjoy watching the most this year? Comment below to let us know!