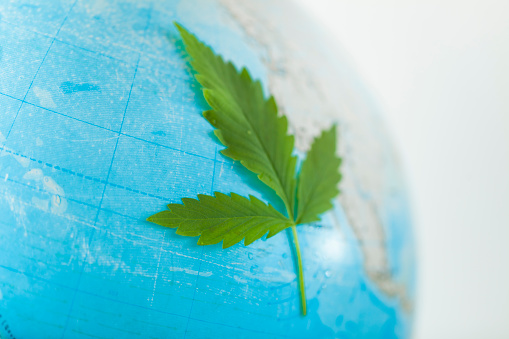 Marijuana is a herb that causes a lot of controversy. In some regions, cannabis is illegal, as legislators argue it has adverse effects. In countries where weed is legal in 2022, the government understands that this plant has various benefits.

In these countries, citizens can grow autoflower weed seeds and use the herb for recreational or medicinal purposes. Some benefits associated with cannabis include pain alleviation, promoting better sleep, and reducing anxiety.

Here’s our list of seven countries where marijuana is legal to use.

The Argentina Congress passed a law in March 2017 which made it legal to use cannabis for medicinal purposes.

In November 2020, President Alberto Fernandez hit the headlines when he released a decree to decriminalize marijuana cultivation at home. He also regulated the sale and distribution of this herb by allowing pharmacies to sell cannabis-derived products.

The future of this substance is still bright as the country keeps passing motions that make it easier to access it. In May 2022, the Argentine Congress Chambers of Deputies released a law to regulate the hemp industry.

This law established REPROCANN, the Regulatory Agency of the Hemp and Medicinal Cannabis Industry. The body governs the cultivation, sale, manufacturing, and distribution of marijuana in Argentina.

Jose Mujica, former Uruguay president, made history in 2013 by being the first head of state to legalize marijuana. This declaration made this nation among the most weed-friendly countries in the world.

In August 2014, the country went further to legalize growing weed at home and form a marijuana regulatory institute.

The herb is legal for recreational and medicinal use, but one must register and be over 18 years to purchase it. If you’re a herb enthusiast and a citizen, buy seeds from cannabis seed banks and plant up to six weed plants at home.

The federal government decriminalized recreational marijuana in 2018. Before this, the country had legalized medical cannabis in 2001.

Canada allows citizens to grow up to four weed plants at home and make cannabis-infused drinks/food without using organic solvents. Though weed is federally legal in Canada, the laws vary from one province to another. While people aged 18 years buy weed in Alberta, only persons above 21 can purchase it in Quebec.

You might wonder, “What countries is weed legal in 2022?” One is Jamaica, which has produced numerous celebrities who root for marijuana.

Jamaica’s legislators amended the Dangerous Drugs Act in 2015 and legalized the possession of 56.6 grams of weed for recreational use. Citizens may grow a maximum of five cannabis plants for their consumption.

Jamaica is the only country that allows the religious use of marijuana. Rastafarians can legally use the herb to perform their sacramental practices.

Though possessing weed won’t get you into legal problems, it’s illegal to smoke this herb in public. The Ministry of Health runs the Cannabis Licensing Authority, which regulates ganja farmers, manufacturers, and dispensaries.

The Supreme Court of Mexico decriminalized the possession of marijuana for recreational purposes in June 2021. Earlier in 2017, the country had made medical cannabis containing less than 1% THC legal to purchase.

Mexicans must obtain a Federal Commission for Protection against Health Risks (COFEPRIS) permit to buy this herb. After this, an adult aged over 18 years can legally possess a maximum of 28 grams of weed.

The US is gradually becoming one of the weed-friendly countries where people may enjoy the recreational and medicinal benefits of the herb. While using or possessing marijuana is federally illegal in the United States, the federal government leaves the states to decide the legality of this substance.

Due to the activities of cannabis advocates like Seth Rogen, numerous regions have legalized the herb.

As of mid-2022, it’s legal to possess and use recreational marijuana in 19 states, Guam and Washington D.C.

In these weed-legal states, herb enthusiasts may buy cannabis products from local dispensaries or order weed online for more convenience.  For most US states that don’t allow recreational weed, citizens can buy medical cannabis from licensed vendors. They usually need a doctor’s recommendation to purchase CBD products.

In Spain, it’s illegal to purchase weed but legal to consume. Sounds complicated? The country allows its citizens to grow marijuana at home and use the herb privately. The only prohibited activity is harvesting and selling the substance or smoking in public areas.

This country, with stunning scenery, also allows the formation of private cannabis clubs that grow and sell weed to members. Buying and smoking marijuana in these designated areas require you to be above 21 years old and pay a membership fee.

Can tourists also smoke weed in these clubs? Only Spanish residents can access these areas and must show their identification documents to prove their citizenship.

What’s the Future of Weed Legality?

Countries where weed is legal in 2022 are bound to increase as more cannabis advocates and users pop up. Governments are likely to relax marijuana laws and legalize the medicinal and recreational use of cannabis.

Remember to use this substance safely if you live in a weed-legal region. If it’s illegal in your area, join other advocates to push for its legalization. 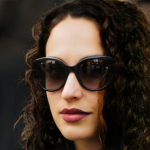 Jennifer Gallagher, an experienced cannabis grower at SeedSupreme Seedbank. During a 7-year career in the marijuana growing business, Jennifer has gained a high competence in this field. As far as weed is concerned, she knows it all inside out. Jennifer is an expert in pot-growing, as well as cannabis types and their effects. She’s also familiar with all legislation nuances.