Coca-Cola, with Pepsi and Thums Up, makes up the soft-drink trifecta we have come to love since our very childhoods. Because of that, there are several Coke TVCs that are more or less etched on our minds – everybody knows thanda matlab Coca-Cola! Here are 10 best Coca-Cola ads we’re sure you’ll never forget!

After all, who wouldn’t want to gawk at Siddharth chugging a bottle of coke?

Looks like Aamir Khan had prior practice for his role as Mahavir Phogat in Dangal!

The less we say about this, though, the better. There’d be people coming for Aamir’s head on Twitter if he were to do this today.

Imagine being stuck in an elevator with Deepika Padukone. Yeah, we can’t either.

Nobody would let Deepika peeling matar for the rest of her life, say what you may.

Sometimes ads make you want to break into a well-choreographed dance sequence.

Is it just me or Ranbir makes everyone a little thirsty? 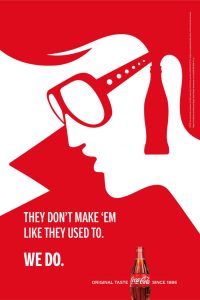 This tribute to Elvis Presley will make anyone nostalgic.

This is one of the most heartwarming coke ads out there and you can’t change my mind!

I don’t know about y’all but I think Alia Bhatt and Siddharth Malhotra make one of the cutest pairs in Bollywood. 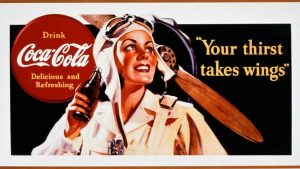 This vintage ad starring Amelia Earhart is especially iconic, since not only was Earhart the first solo female aviator to fly across the Atlantic, she is also remembered to have tragically disappeared after one of her flights, making her disappearance an unsolved mystery.

Who wouldn’t root for an endearing polar bear to catch the lone flying bottle of coke? I know I would.

It is safe to assume that Coca Cola would not have anticipated Matt to become as popular as he did. This ad came out 1990, a full four years before the premiere of Friends, when Matt was just another pretty model. 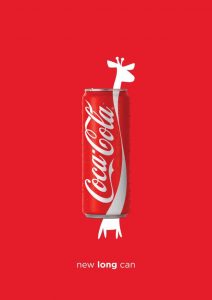 We’d all like to imagine a little giraffe starring at us as we take a gulp out of the coke can… or is it just me?

Did you like our list of the best Coca-cola ads? Which one’s your favourite? Tell us in the comments below!

10 Interesting Facts About Tata Group Everybody Should Know!