Aashram is a Hindi-language crime drama web series directed by Prakash Jha and produced by MX Player. This web series is based on Dharma Gurus and is directed by Prakash Jha. Bobby Deol plays the main lead. The “Aashram” series may be inspired by the story of Ram Rahim, the head of Dera Sacha Sauda. Baba Nirala of Kashipur is played by Bobby Deol. Prakash Jha’s films address political and social issues. You can find some of the best dialogues from the “Aashram” web series if you keep reading.

After the first 2 successful seasons, the next season released on 3rd June 2022 and we can’t wait to watch how the story unfolds in this season. Before we watch season 3, let’s relook at some of the amazing dialogues from the “Aashram” web series delivered by Bobby Deol and other actors in this series. 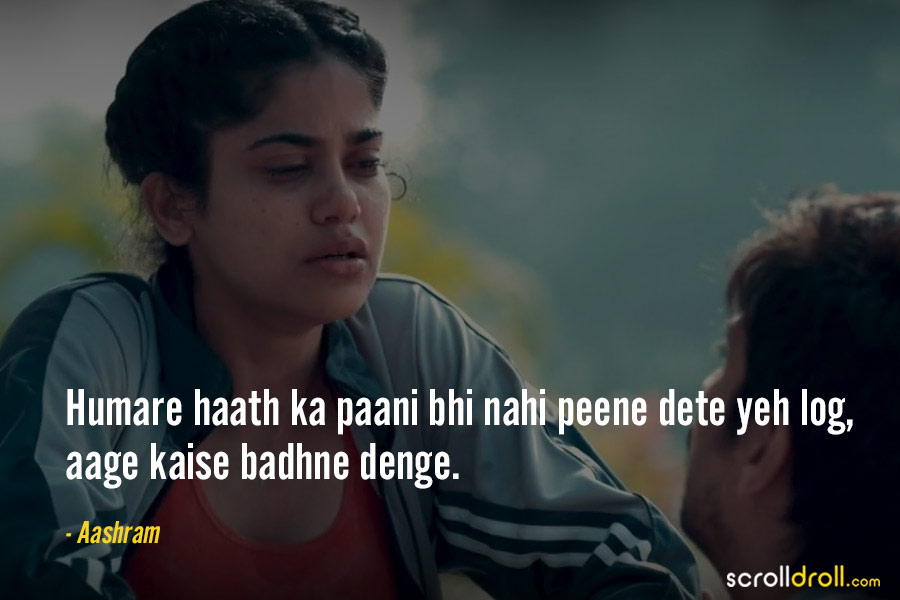 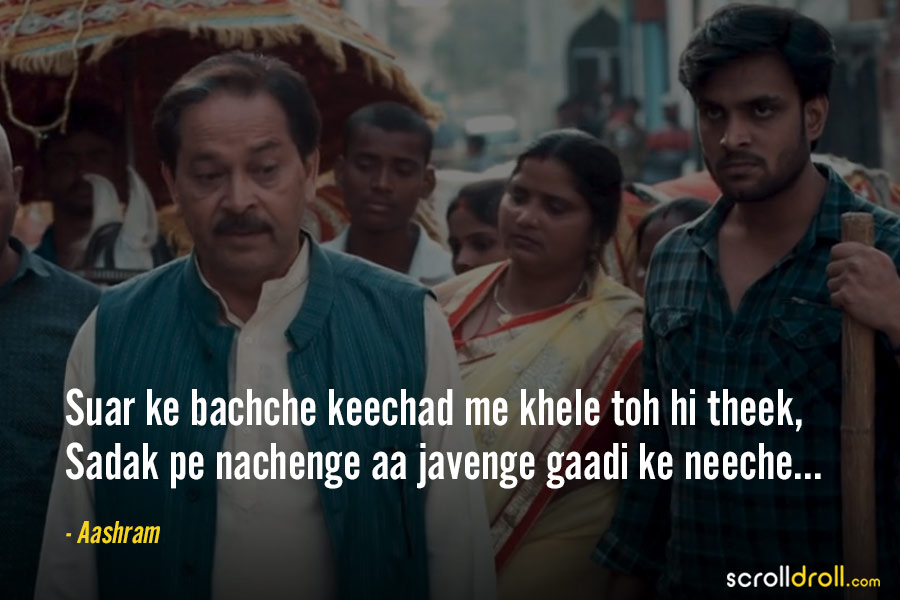 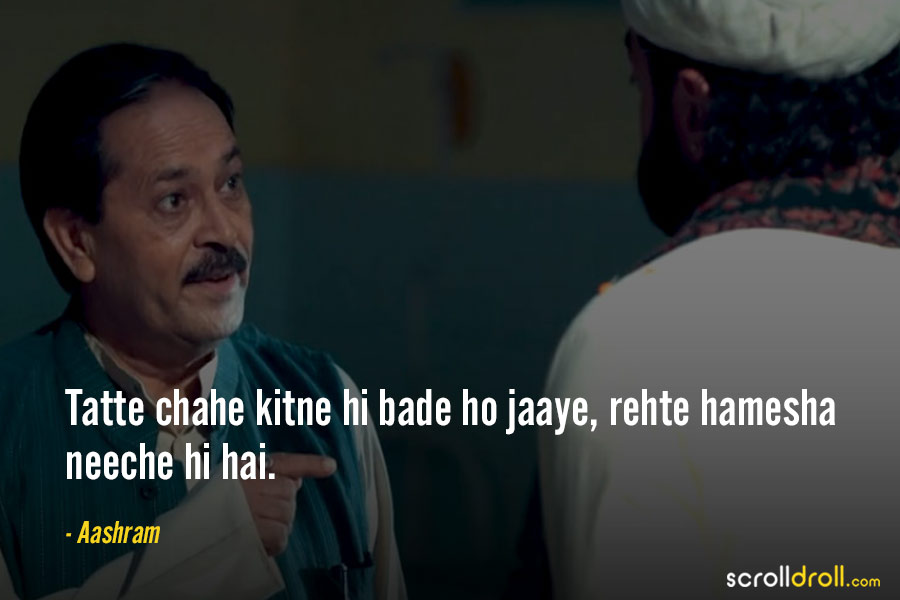 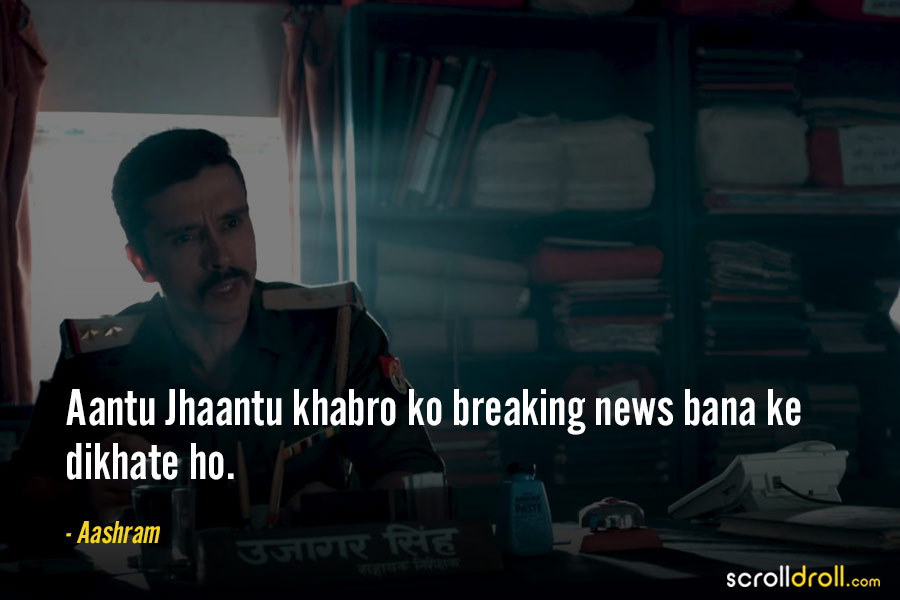 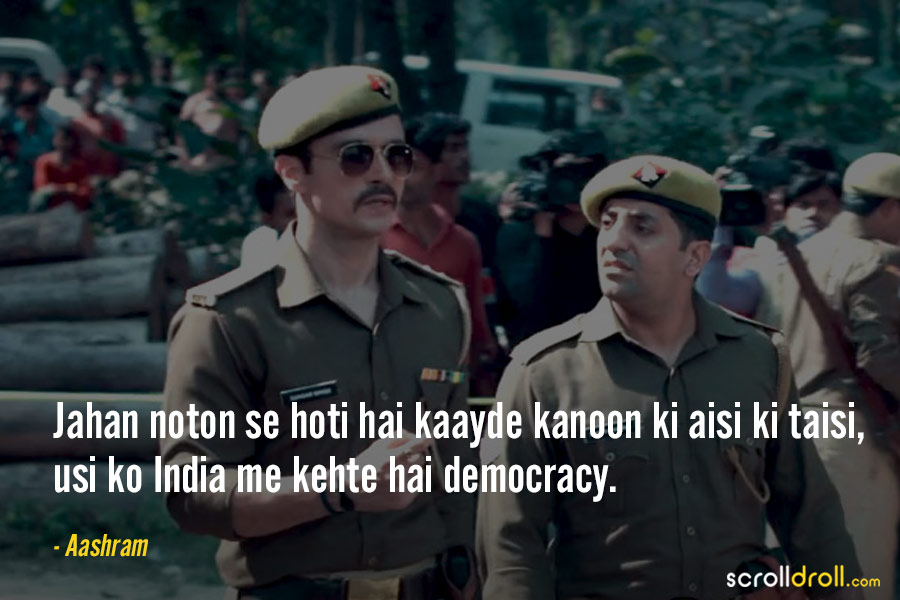 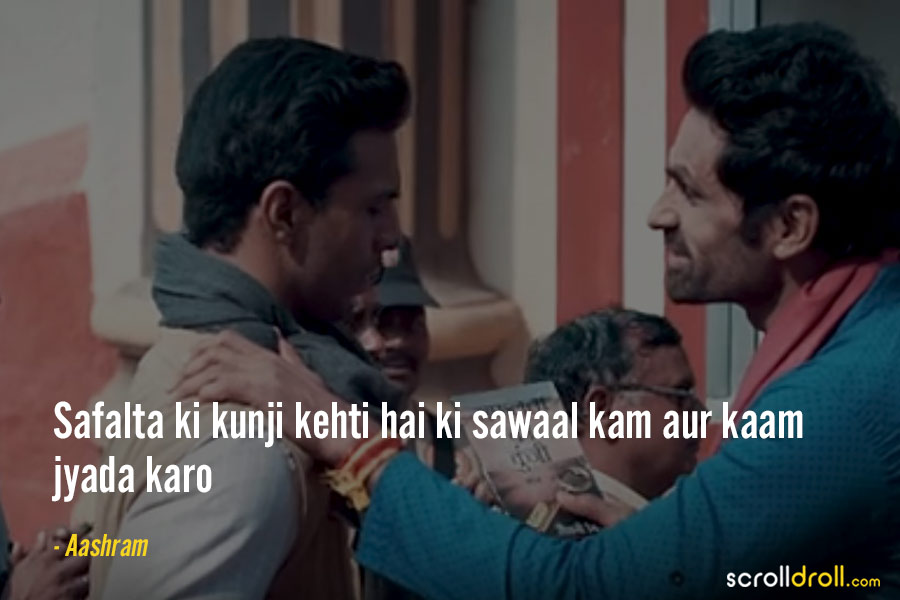 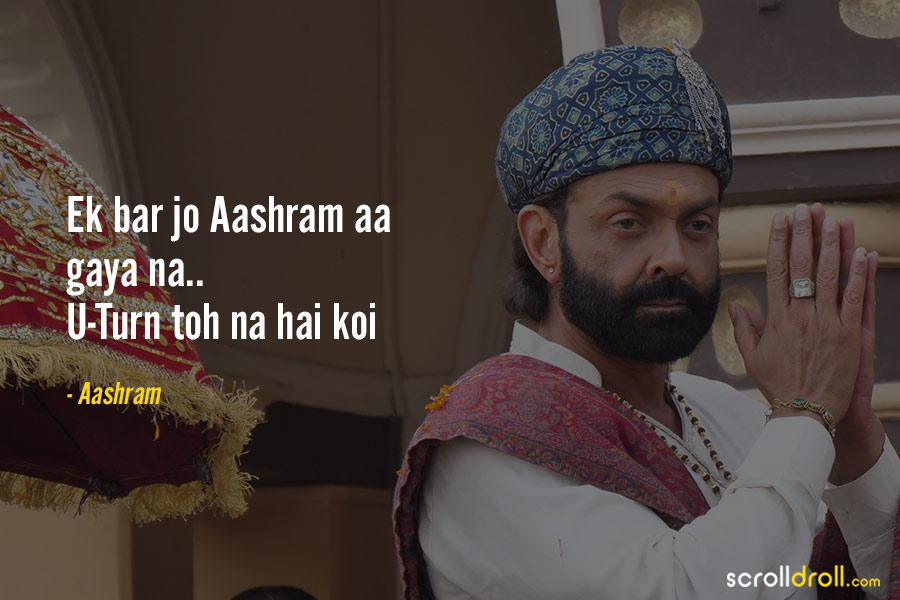 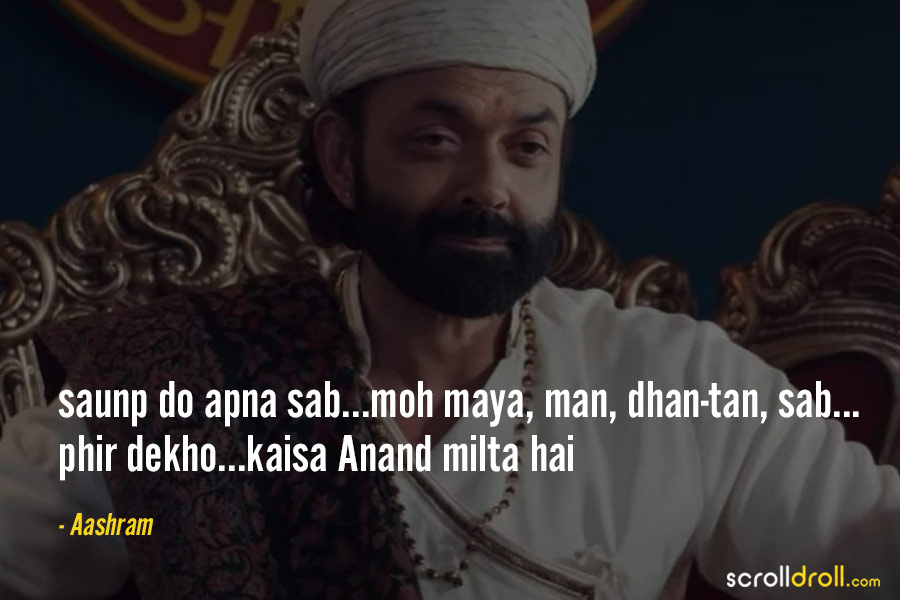 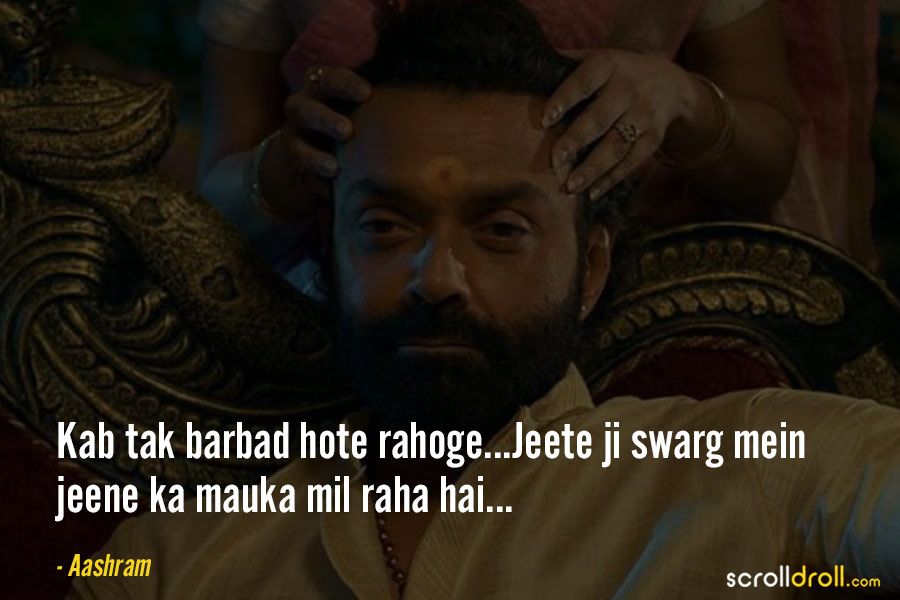 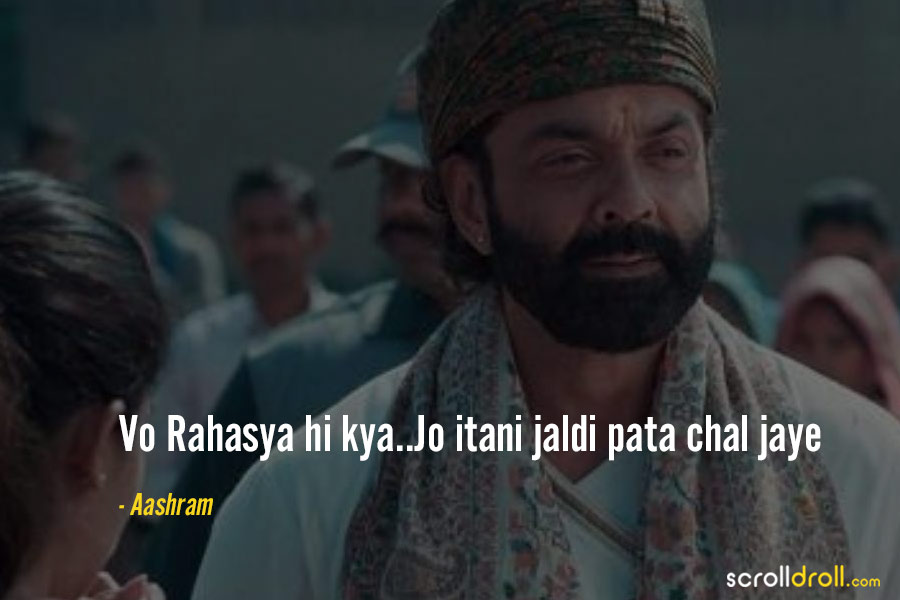 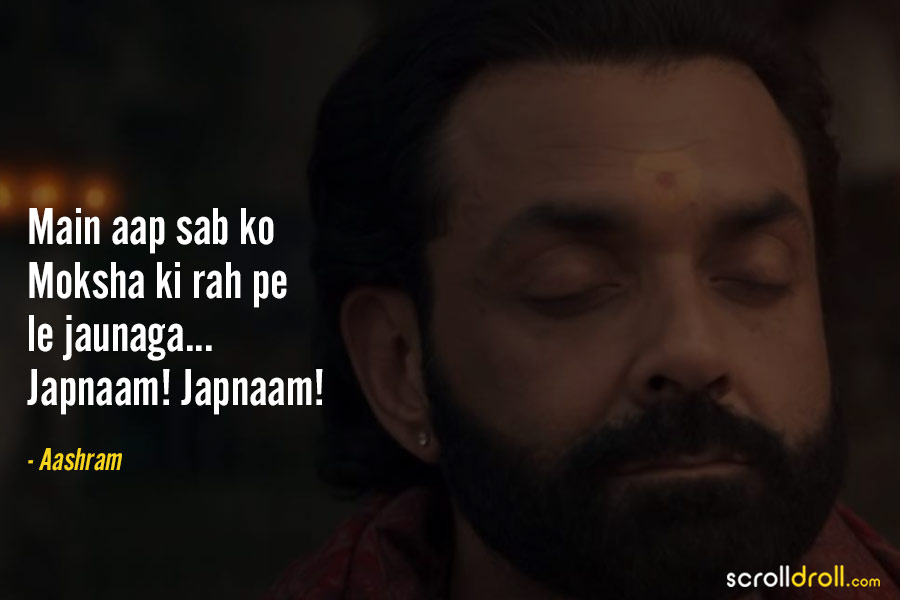 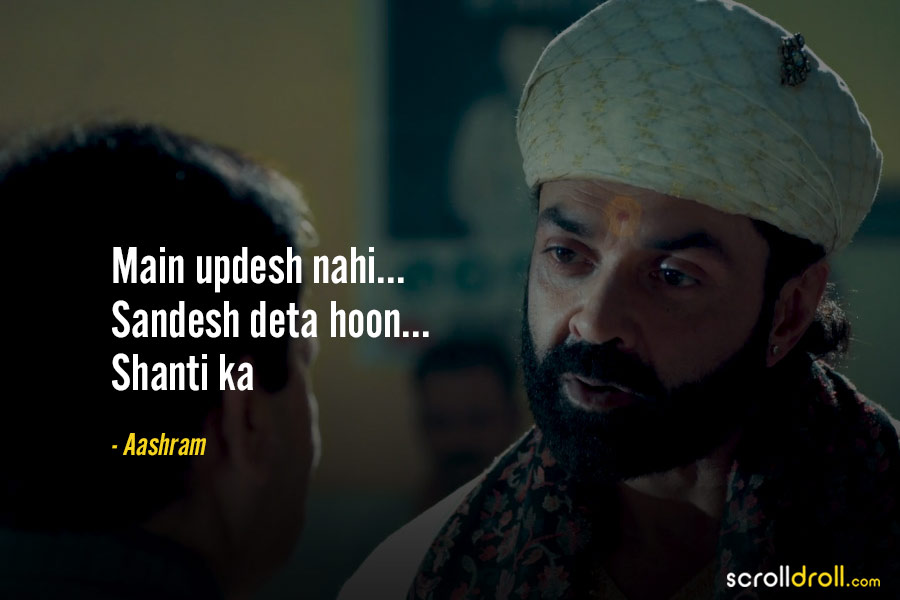 On June 3, 2022, the third sequence of MX Player’s popular series ‘Aashram‘ was released.  You might see some of the best dialogues from the “Aashram” web series, but Prakash Jha has a new twist for the audience. Will the bad deeds of Badnaam Ashram’s ‘Nirala Baba’ and ‘Bhopa Singh’ be exposed this time? Will Pammi Baba take over Nirala’s responsibilities? Will Ashram 4 be shown as well? Do let us know in the comment section once you watch it.