Dasvi (tenth) is a 2022 Indian Hindi-language social comedy film directed by debutante Tushar Jalota and written by Ritesh Shah. Abhishek Bachchan, Yami Gautam, and Nimrat Kaur star in the film. Gautam plays an IPS officer, while Bachchan plays an uneducated politician. On April 7, 2022, the film was released on Netflix and JioCinema. Keep reading to find some of the best dialogues from Dasvi Movie.

The film is based on former Haryana Chief Minister Om Prakash Chautala (Abhishek Bachchan), who was convicted of a scam and sentenced to Tihar jail. He passed his Class X exam while serving a prison sentence during this time, despite being labelled an “illiterate politician” at the time. Chautala was elected Chief Minister of Haryana four times, serving three short terms as a member of the Janata Dal from December 2, 1989, to May 22, 1990, the Janata Dal again from July 12, 1990, to July 17, 1990, and the Samajwadi Janata Party from March 22, 1991, to April 5, 1991. His only full term as Chief Minister was for the Indian National Lok Dal from July 24, 1999, to March 4, 2005.

Chautala, his elder son Ajay Chautala (father of Haryana’s Deputy Chief Minister Dushyant Chautala), and 53 others were found guilty of corruption in the JBT scam in 2013 and sentenced to ten years in prison. He took his Class X Boards exams from the National Institute of Open Schooling (NIOS) at the exam centre set up for inmates at Tihar Jail in 2017, while still serving his sentence. He took Hindi exams in the areas of social sciences, science and technology, Hindi, Indian culture and heritage, and business studies. He passed with a second division (53.4%) after receiving 267 out of 500 marks, despite the fact that he was 82 years old at the time! Let’s take a look at some of the best dialogues from the Dasvi movie. 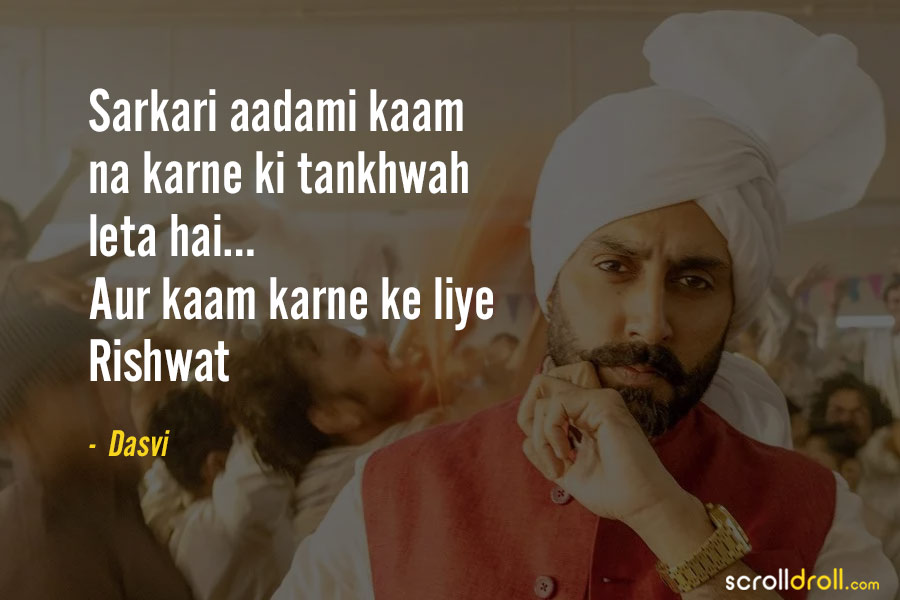 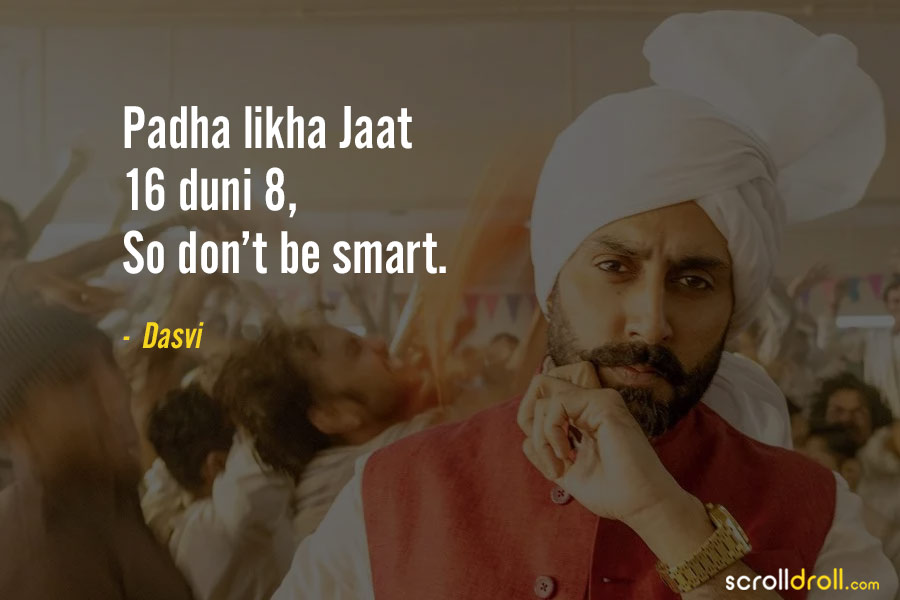 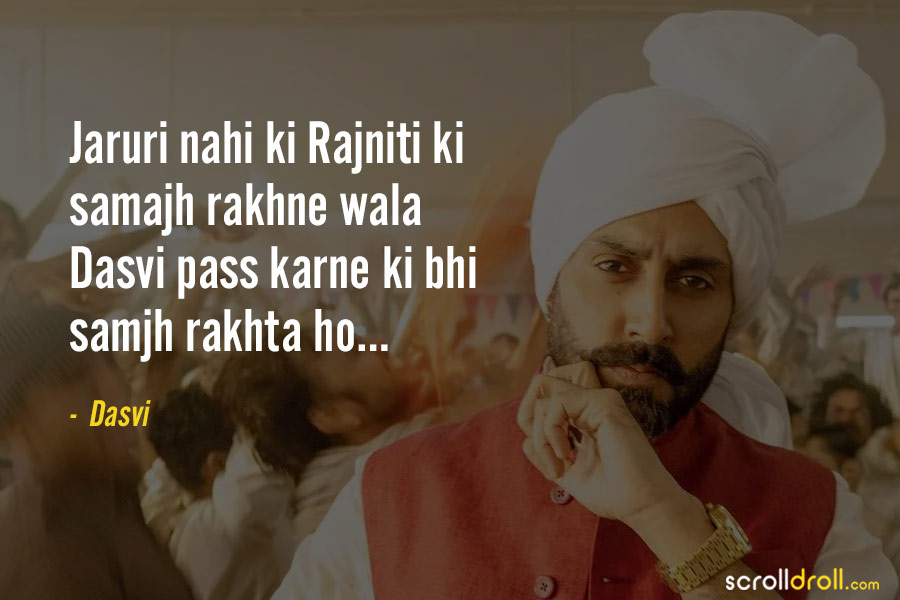 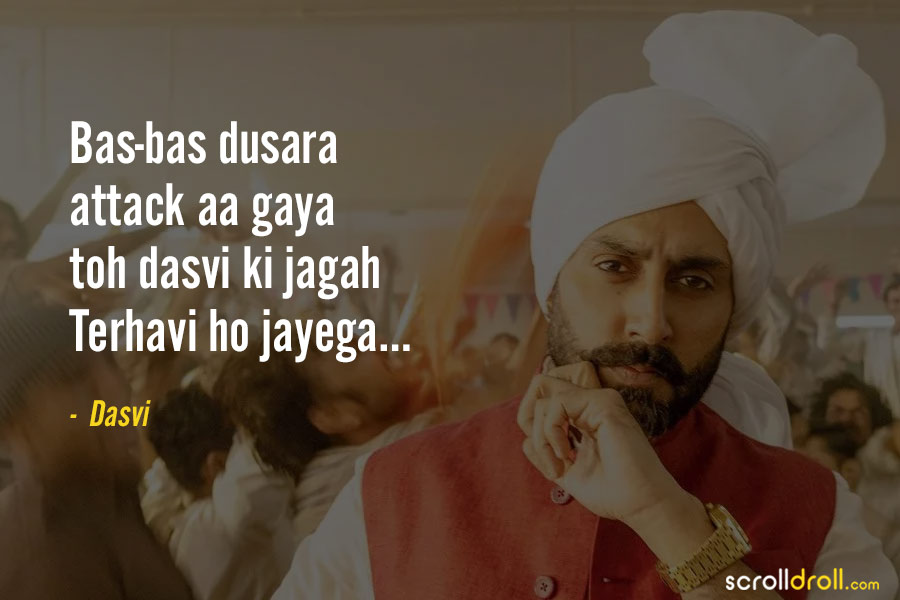 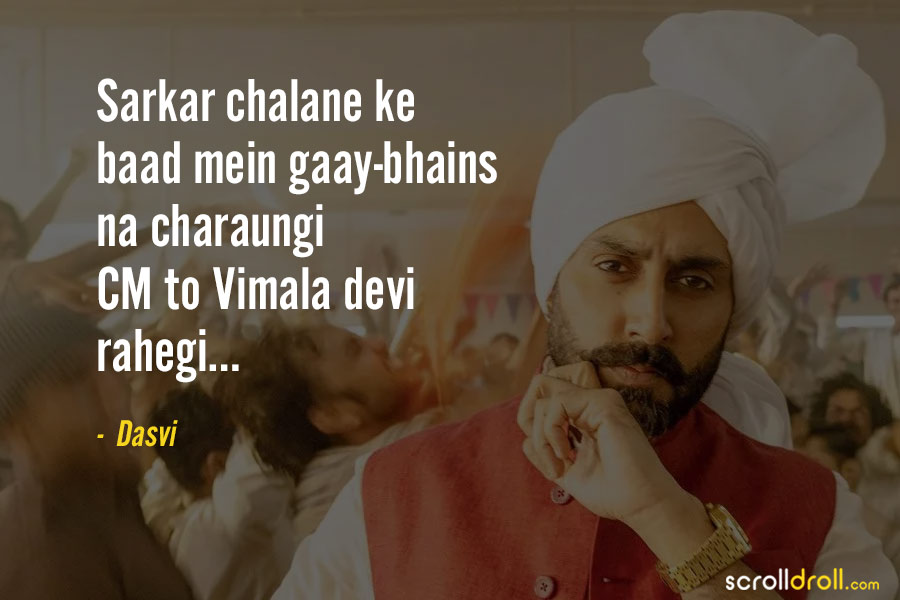 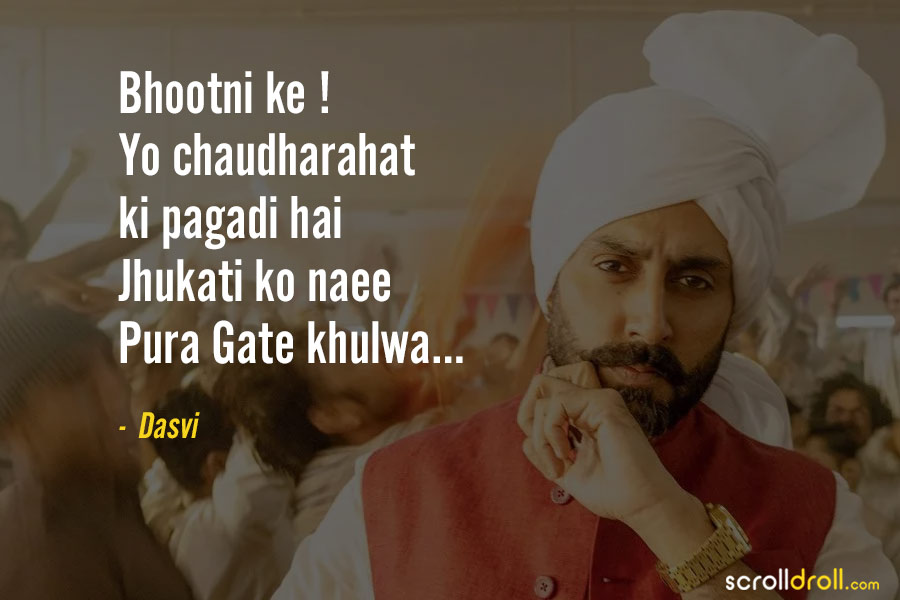 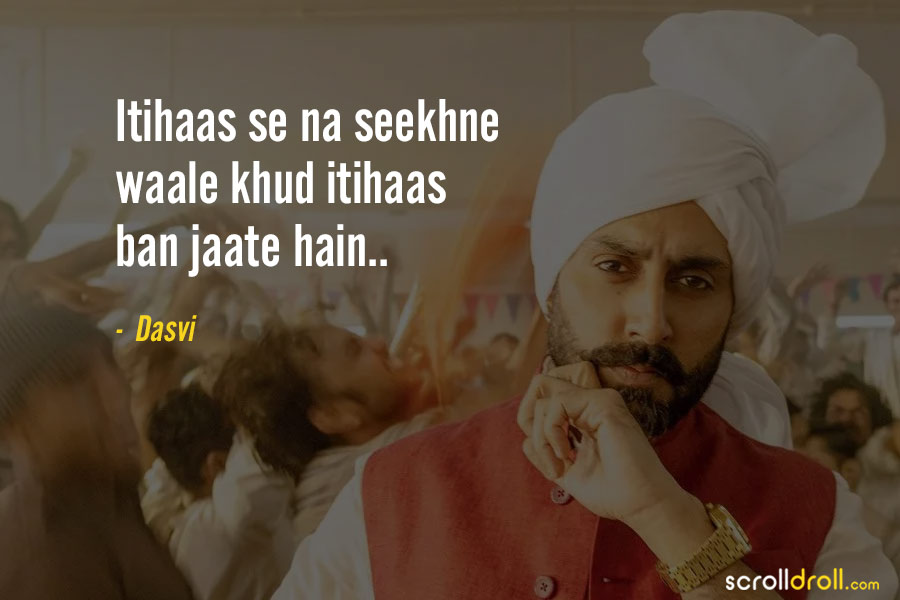 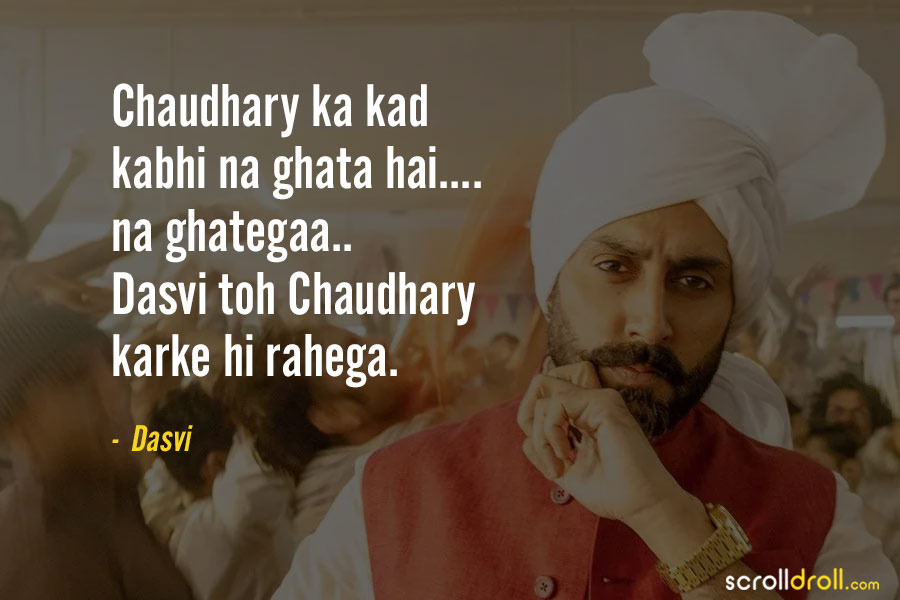 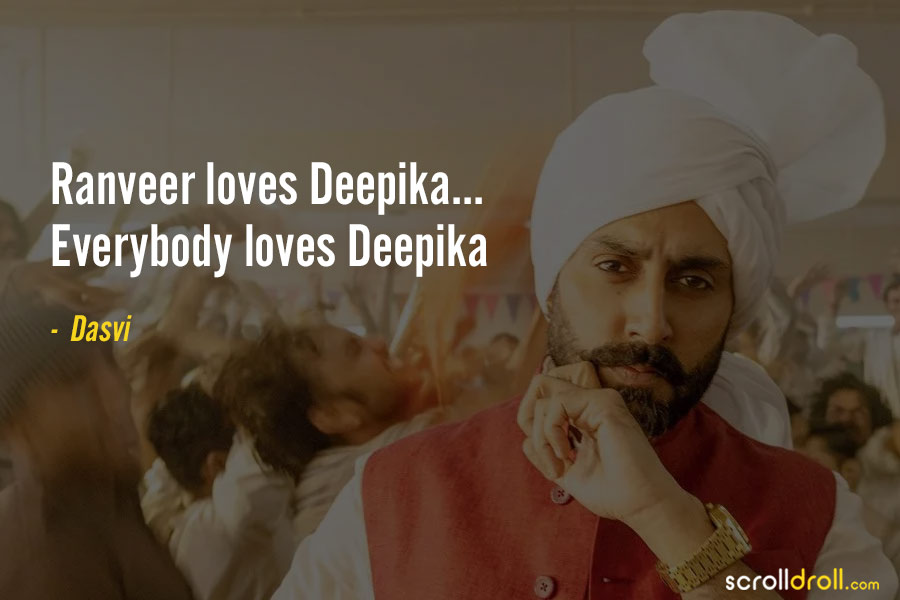 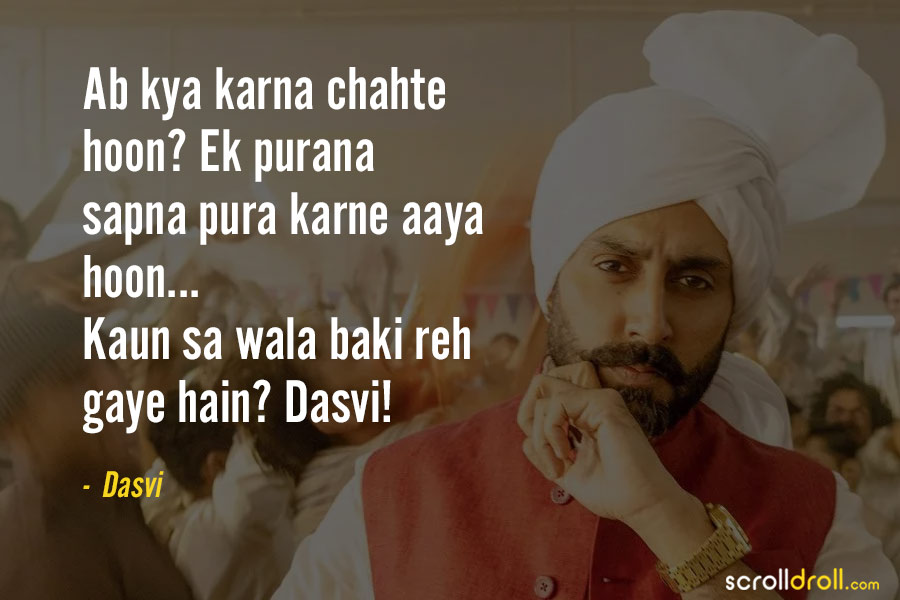 With that, we have come to the end of our list of some of the best dialogues from the Dasvi Movie. The film’s success extends Abhishek Bachchan’s winning streak on OTT platforms, which began in 2020 with Breathe: Into the Shadows and has since been followed by Ludo, The Big Bull, and Bob Biswas. The film’s best characters are Abhishek and Yami. The actors are restrained, and the film is directed by a first-time director who does an excellent job. We hope our list of the best dialogues from the Dasvi movie makes you want to watch it even more. Do not miss out on this potential blockbuster.