Shahid Kapoor debuted the first poster for Jersey, the Hindi remake of the Nani starrer of the same name, on Monday. Shahid Kapoor plays an ex-cricketer who is struggling to make ends meet and wants to fulfil his child’s wish of getting a Jersey. However, he is forced to confront his heroic past and must decide whether to rise to the occasion and become a symbol of hope or continue to live a life as a loser in the trailer. Shahid Kapoor, Mrunal Thakur, and Pankaj Kapoor star in this heartwarming story that will inspire you to embrace your dreams, hopes, and family!! The trailer for Jersey, starring Shahid Kapoor, Mrunal Thakur, and Pankaj Kapur, contains some powerful dialogues. Some of the famous dialogues from the Jersey Movie can be found as you scroll down. But first, let’s take a look at the movie.

Jersey is a 2022 Indian Hindi-language sports drama film written and directed by Gowtam Tinnanuri. It is his Hindi directorial debut and a remake of the same-titled Telugu film from 2019. It stars Shahid Kapoor, Mrunal Thakur, and Pankaj Kapoor as a former cricketer who returns to the game to fulfil his son’s wish for a jersey. Geetha Arts, Dil Raju Production, Sithara Entertainments, and Brat Films are producing the film. 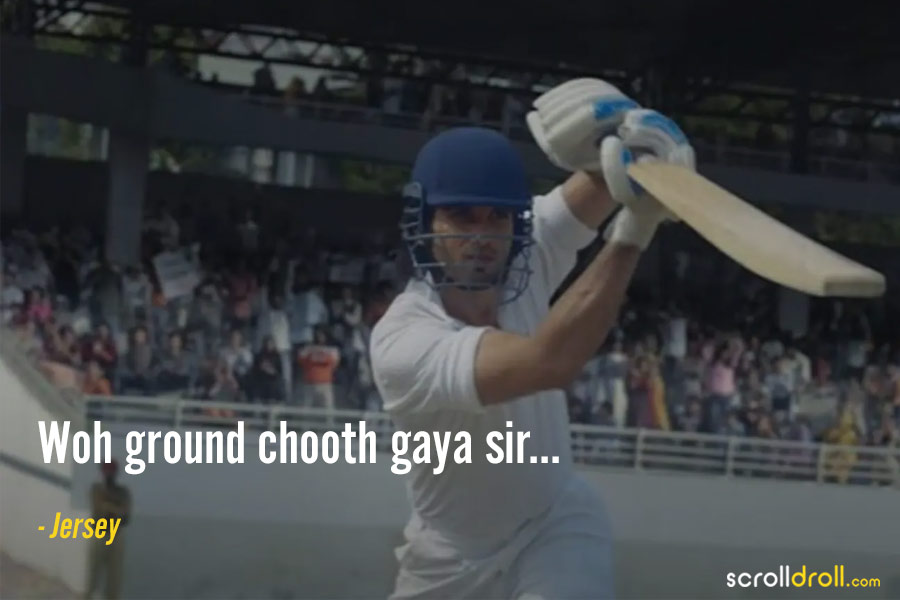 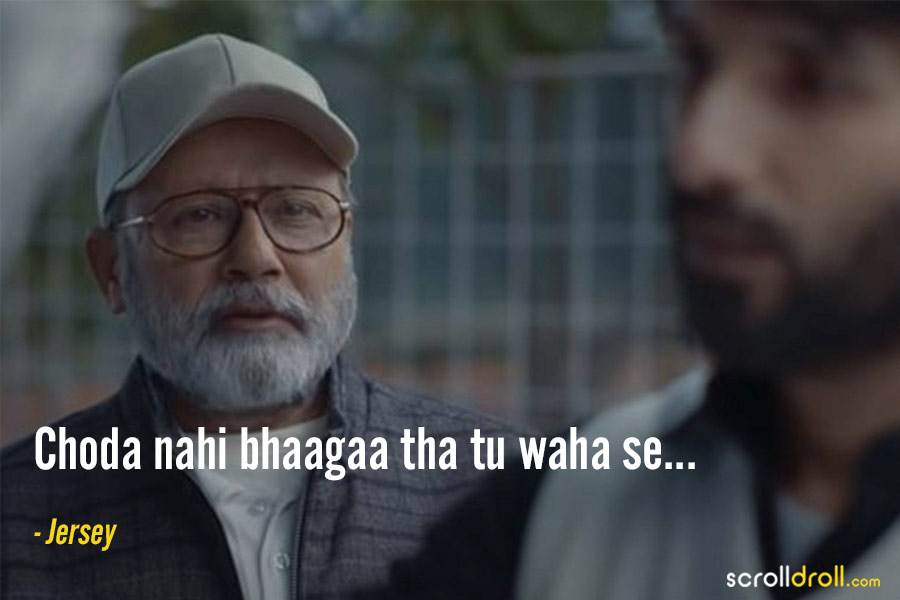 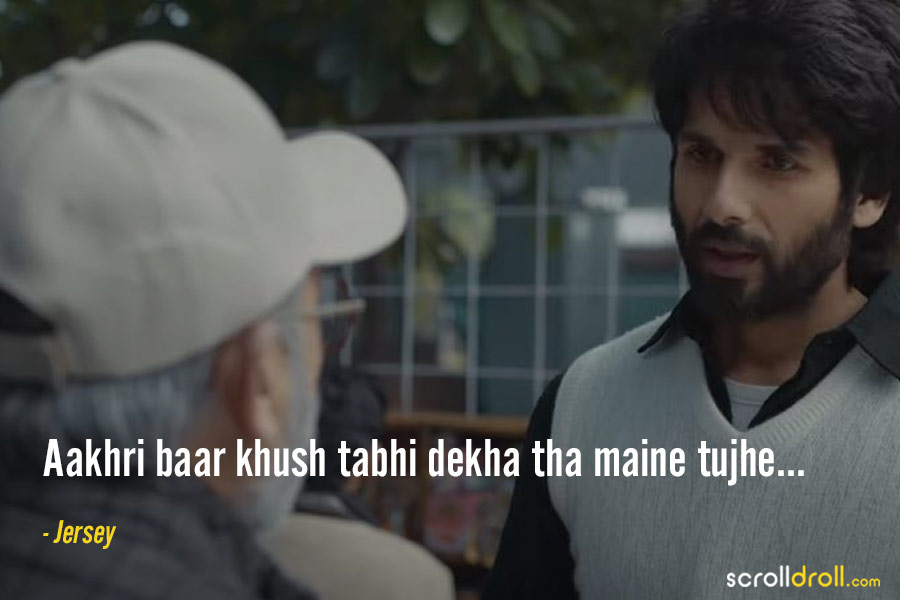 4. “Tum kitni bhi koshish karlo ab kuch nahi hone wala …You had your chance and its over now” – Mrunal Thakur 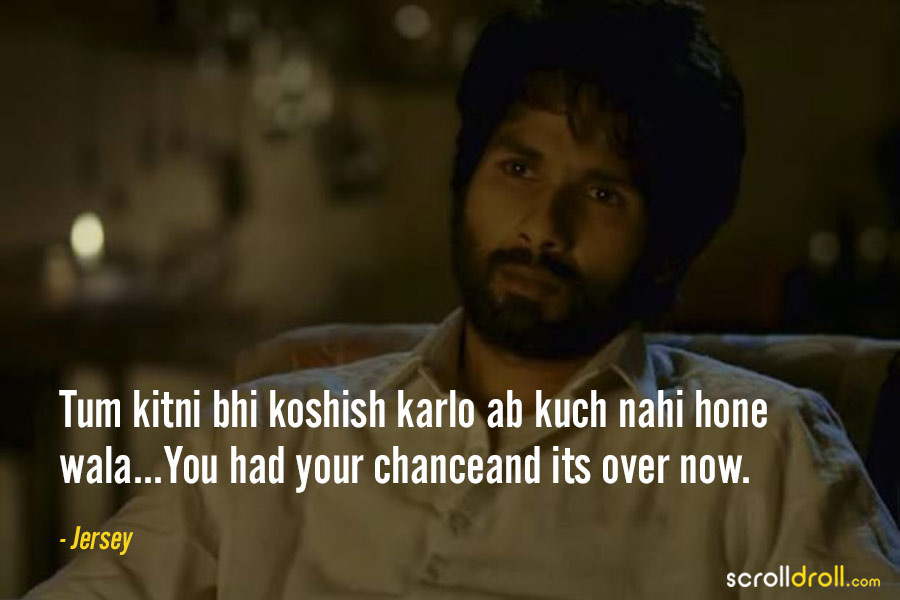 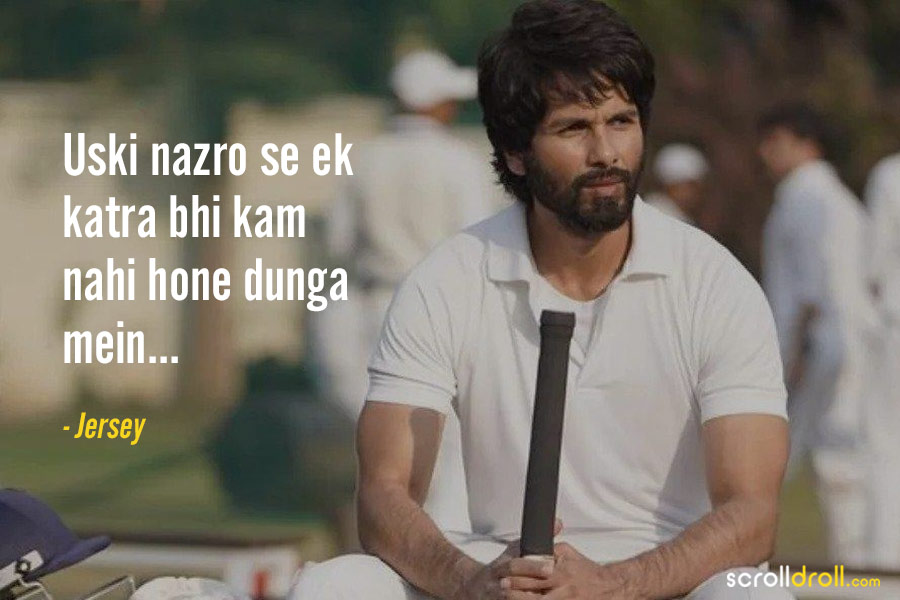 With this, we have come to the end of the list for some of the best dialogues from the Jersey Movie. Jersey is about a cricketer who initially retires from the sport, but then decides to return at the age of 36 to fulfil his son’s dream and eventually prove his ability. Arjun is attempting to play for the Indian national team in order to grant his son’s wish for a jersey. An ex-cricketer who is struggling to make ends meet wants to fulfil his child’s wish of getting a Jersey, but in doing so, he is forced to confront his heroic past and must choose whether to rise to the occasion and become a symbol of hope or continue to live his life as a loser. Make sure you don’t miss out on this masterpiece. The reviews are pretty good as of now.

20 Best Movies On Psychopaths You Should Not Miss