20 Best Dialogues From Lucifer That Even God Approves Of!

This highly popular American TV series is based on the DC Universe’s take on the Devil in which Lucifer abandons Hell in order to come down to earth and run a nightclub here! Milton wouldn’t have liked this idea very much. But for all that it is worth, the show that ran for almost 6 years and concluded in September 2021 has successfully garnered a huge fan following. Most of it can be credited to the lead character- Lucifer himself, and a part of it can be credited to the brilliant dialogues that the show has. In this article, let’s have a look at some of the best dialogues from Lucifer.

1. “Trust me, I’ve been doing this a long time. I know evil.” -Lucifer Morningstar 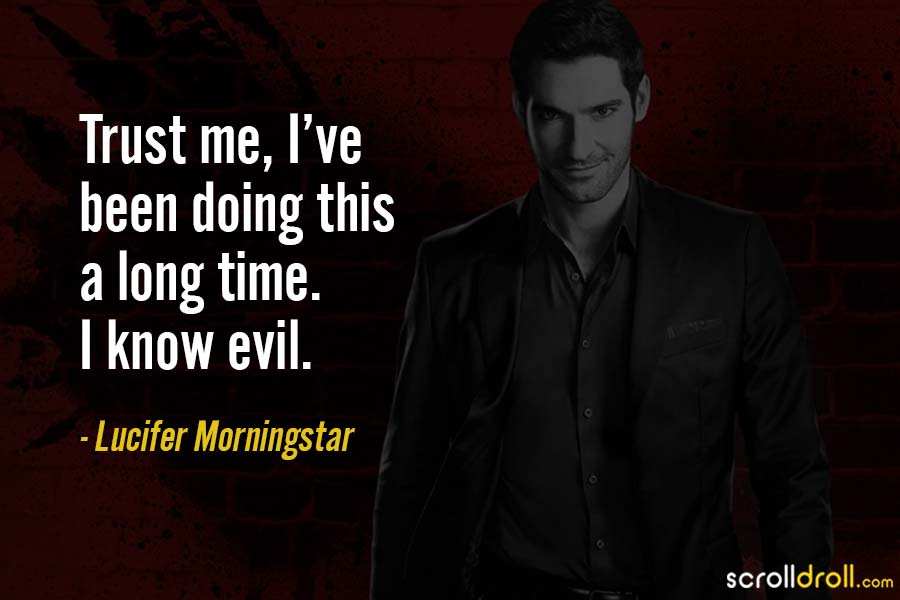 2. “Sorry if it’s a bit chilly. Most people think I burn hot. It’s actually quite the opposite.” -Lucifer Morningstar 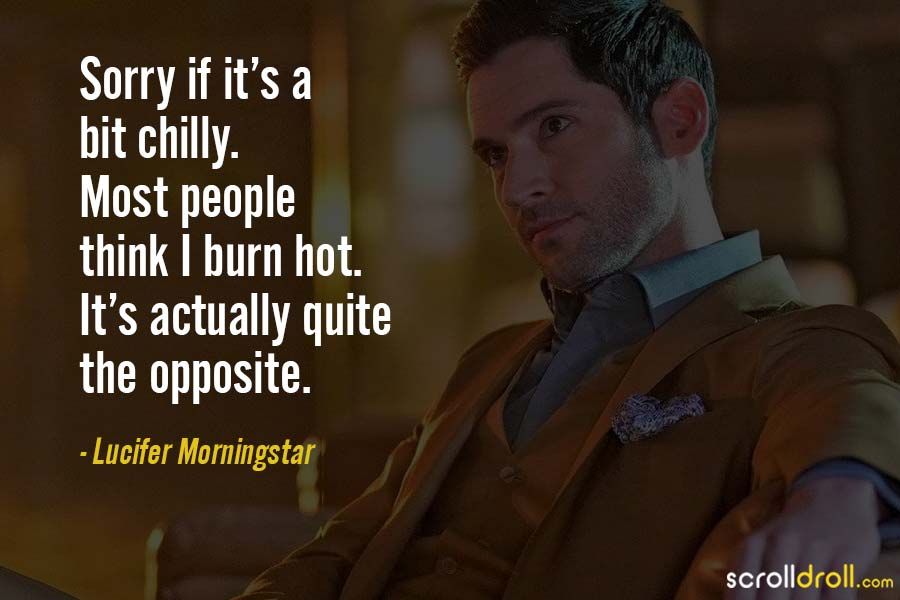 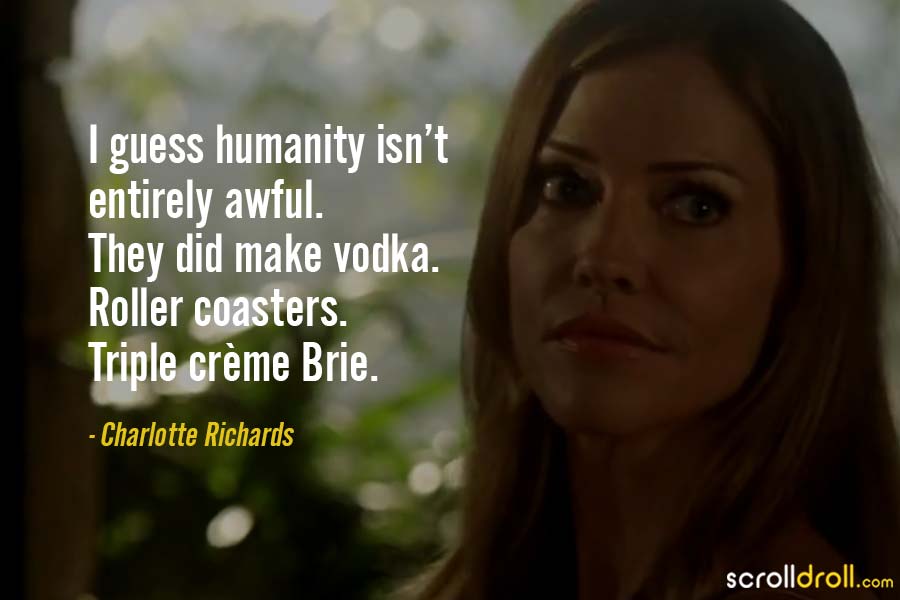 4. “I find people who are rude usually feel powerless in their own lives. Terrified of not being in control.” – Linda Martin 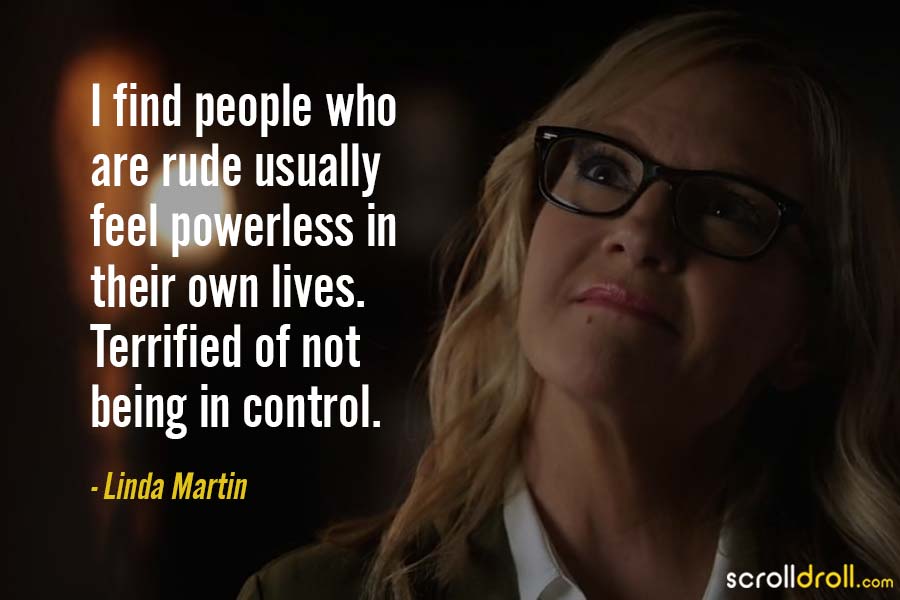 5. “People don’t have power over us. We give it to them.” -Lucifer Morningstar 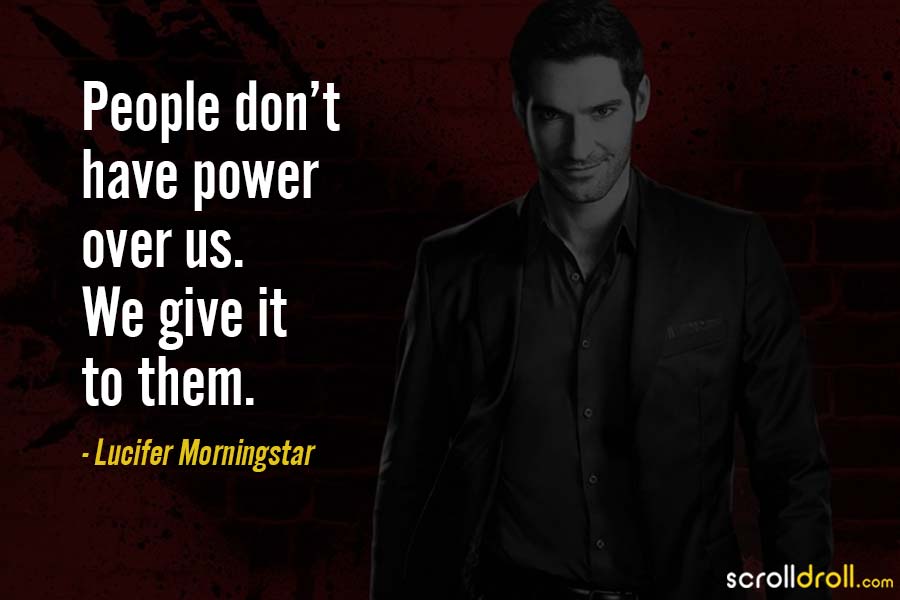 6.  “Nothing pisses God off more than exercising free will.” -Lucifer Morningstar 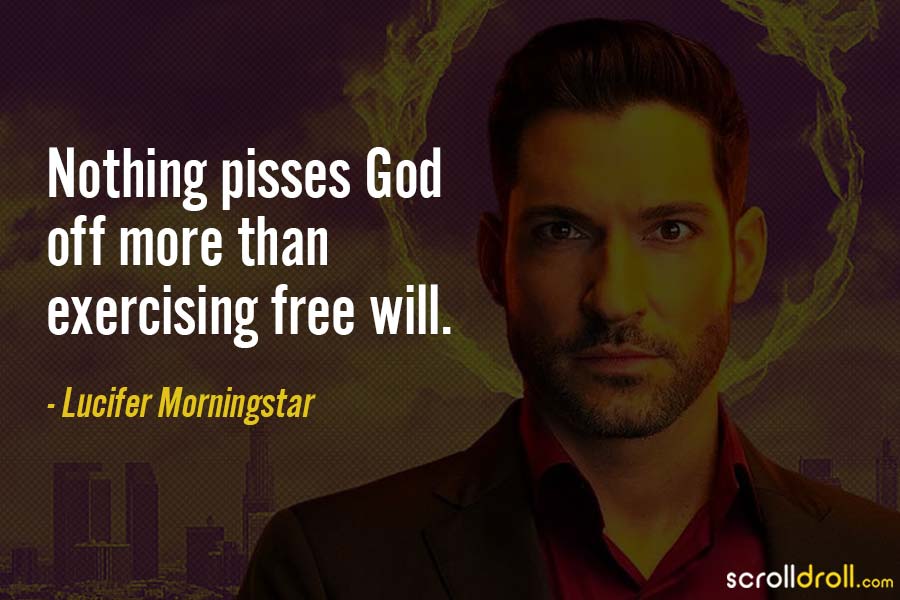 7.  “No matter how bad things get, the true test is how we choose to respond to the pain we suffer, or inflict” – Amenadiel 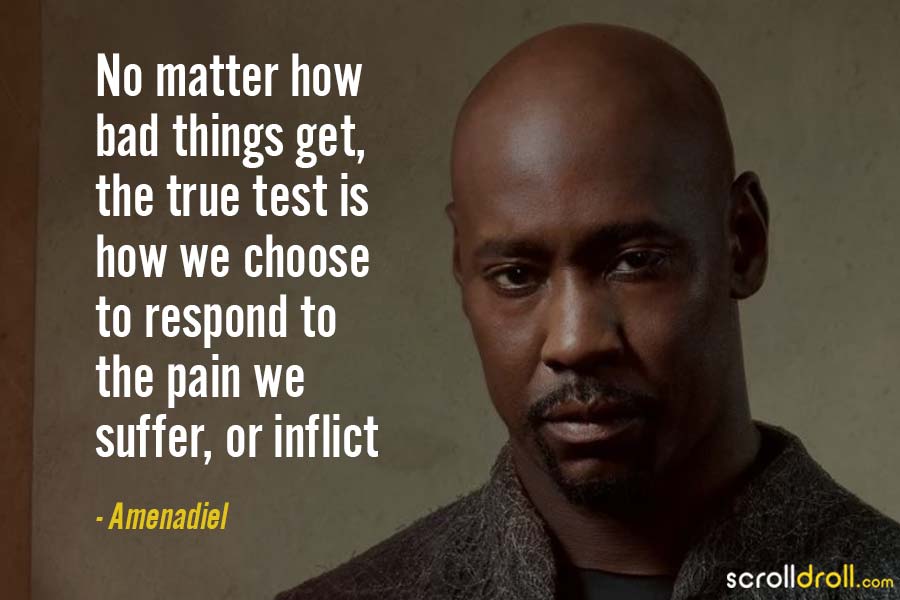 8. “People don’t arrive broken. They start with passion and yearning until something comes along that disabuses them of those notions.” -Lucifer Morningstar 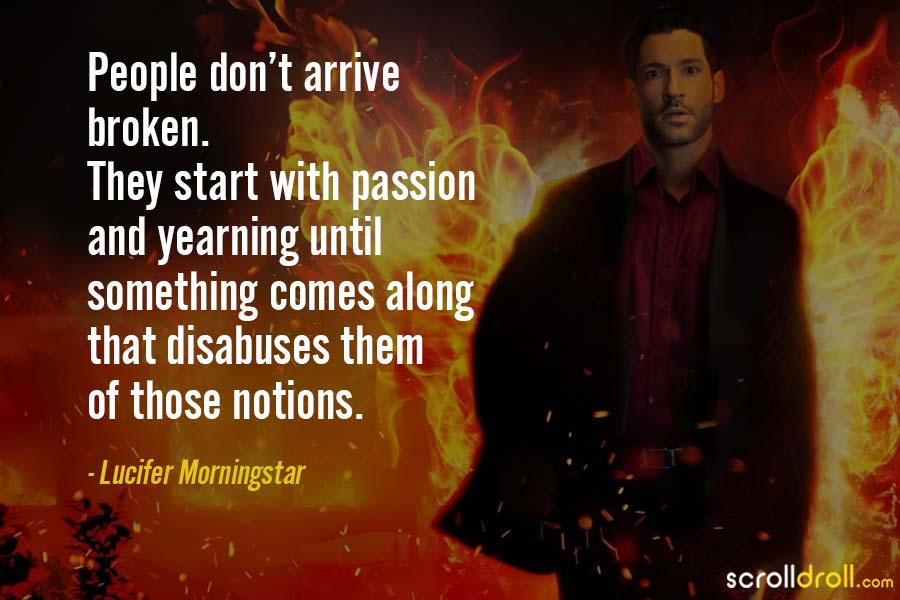 9. “Sometimes we are what we are, and we should embrace that.” -Lucifer Morningstar 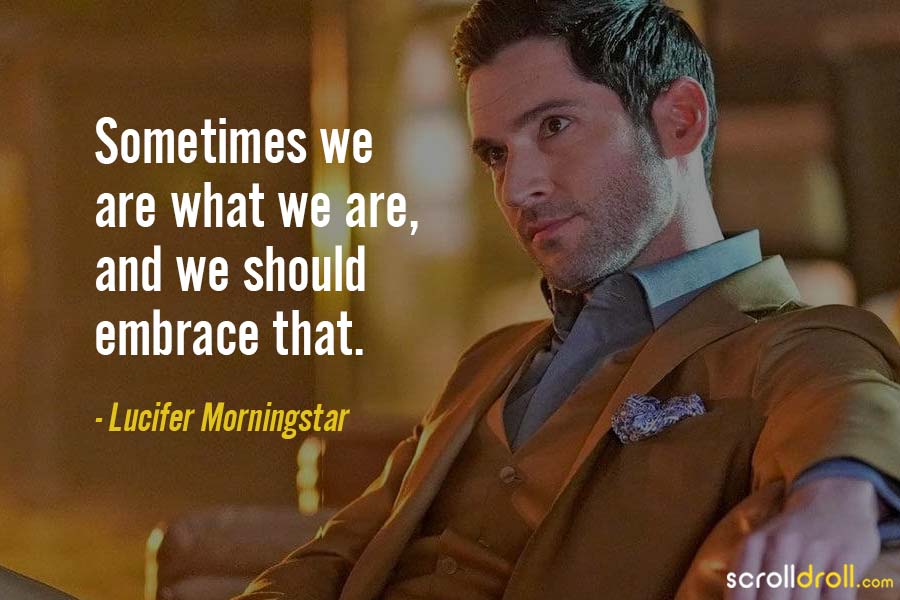 10. “I refuse to be a scapegoat for which something I bear no responsibility. It’s a theme in my life.” – Lucifer Morningstar 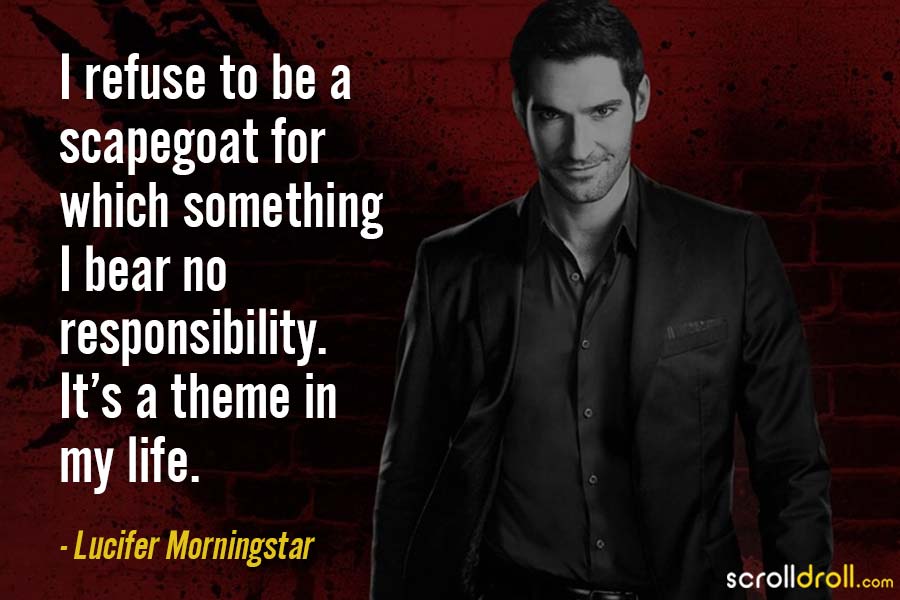 11. “No one expects you to change overnight. It’s hard to be one of the good guys. Look, I screw up, too. I’ve made plenty of mistakes, believe me. But I don’t quit… and I know that counts for something. At least you’re trying, right?” -Dan Espinoza 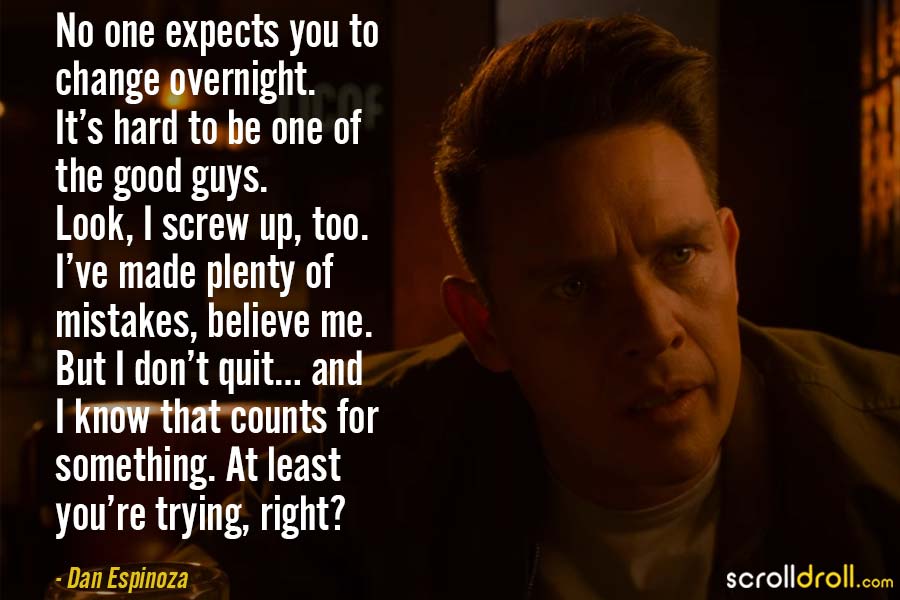 12. “Believe me, there is no winning when you play by a twisted tyrant’s rules.” -Lucifer Morningstar 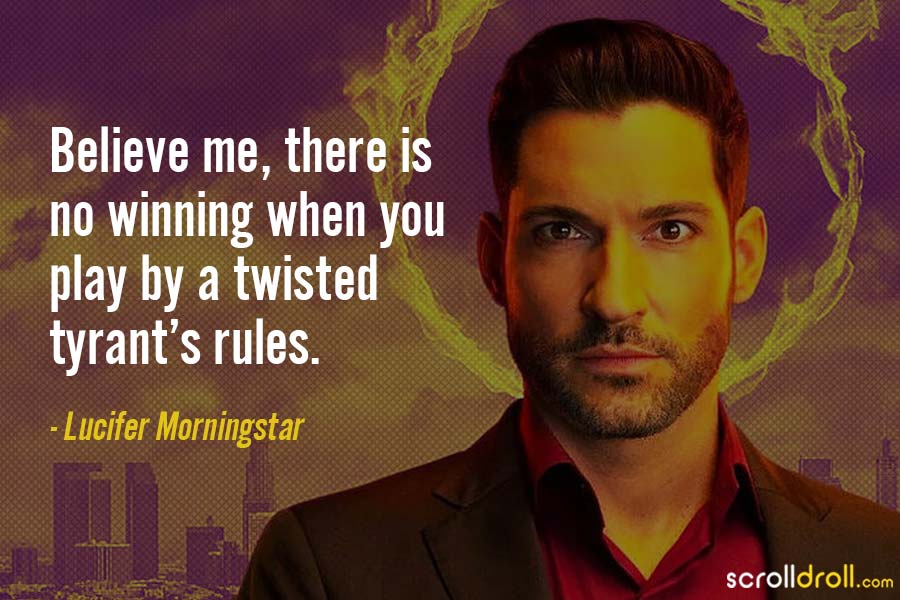 13. “Self-worth comes from within, bitches.”-Mazikeen Smith 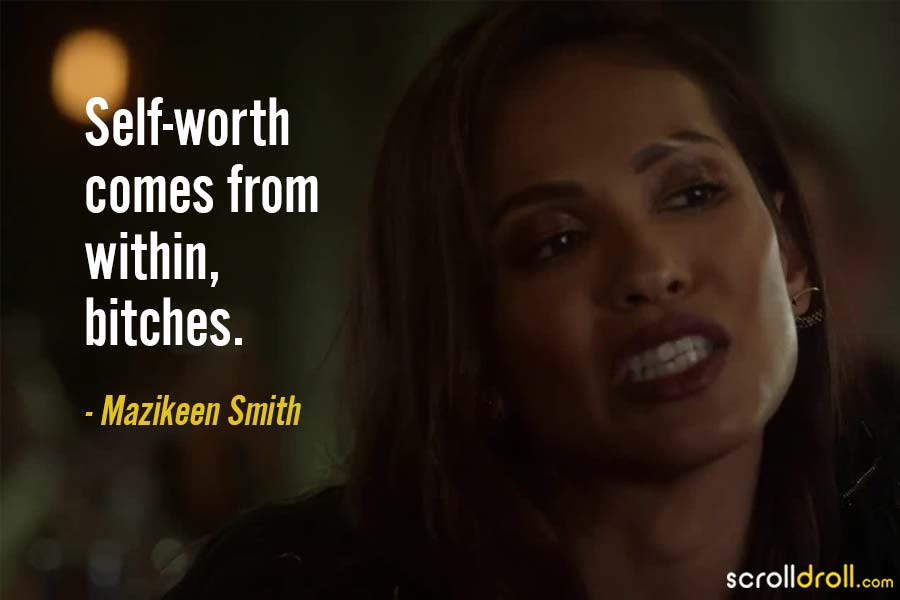 14. “Sometimes we get along best with the people we’re most different from.” -Chloe Decker 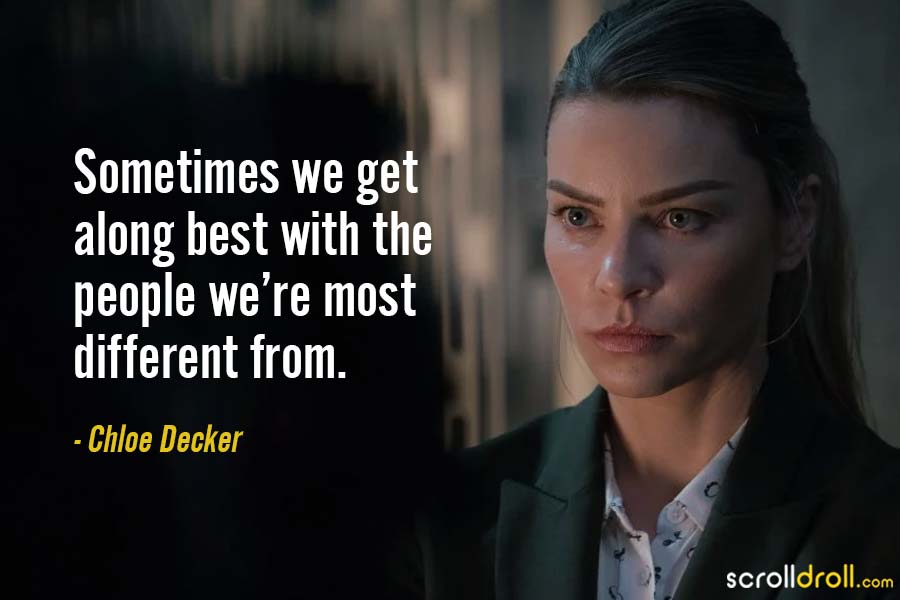 15. “You people misunderstand me. You call me “Satan” and “Devil” but… do you know my crime? I loved God too much. And for that, he betrayed me — punished me. Just as he’s punished you. After all, how could God stand idly by while that man broke into your home and butchered your family in their beds? There are only two rational answers, Nick — either, he’s sadistic… or he simply doesn’t care.” -Lucifer Morningstar 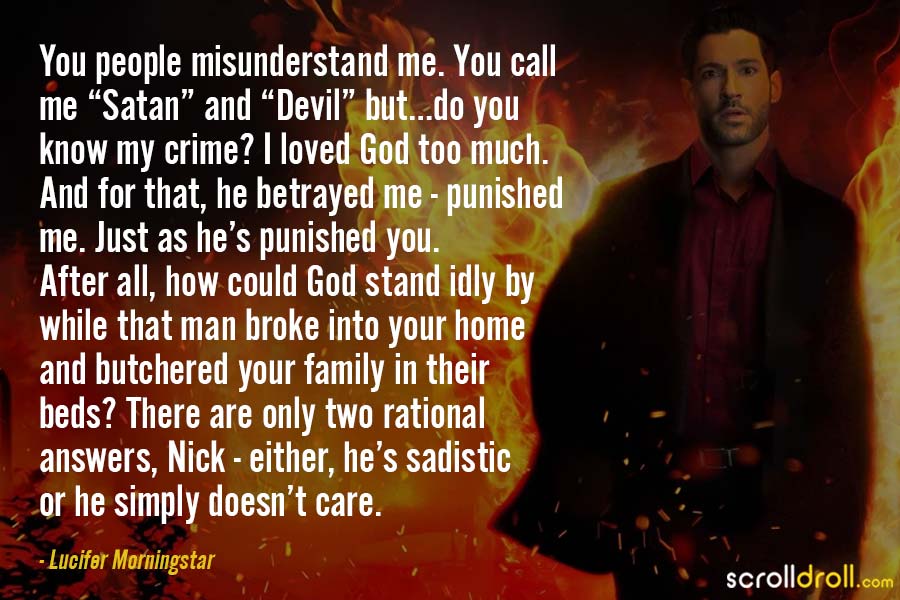 16. “We all have pain that we hide, that we’re just not ready to share with the world.” – Amenadiel 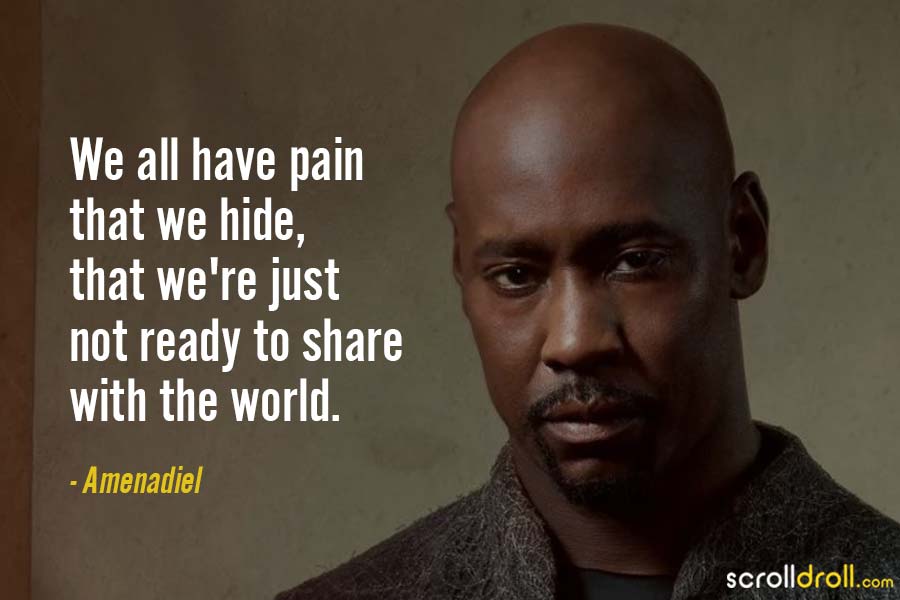 17. “If you desire something, just take it.” – Lucifer Morningstar 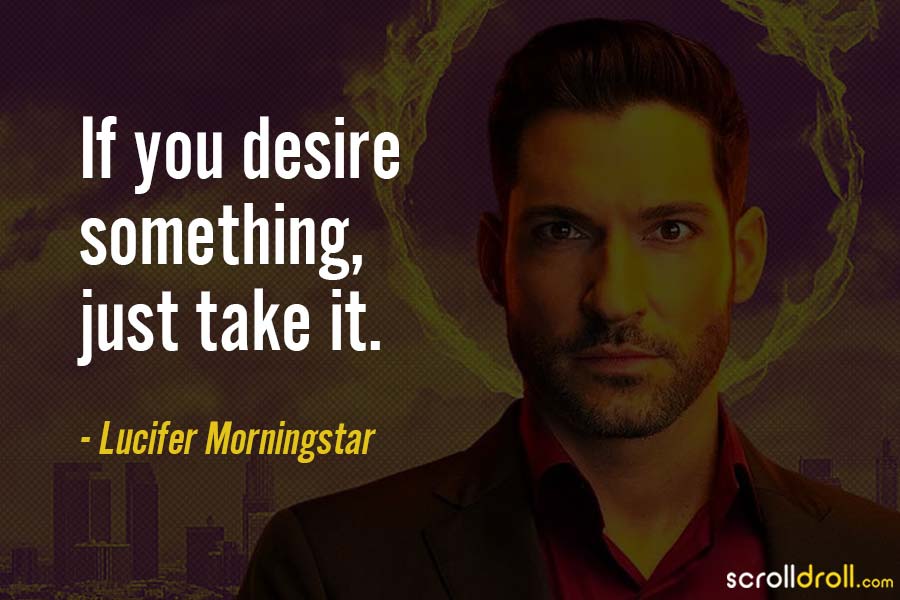 18. “Sometimes we need to lose something before we can understand its value.”  -Linda Martin. 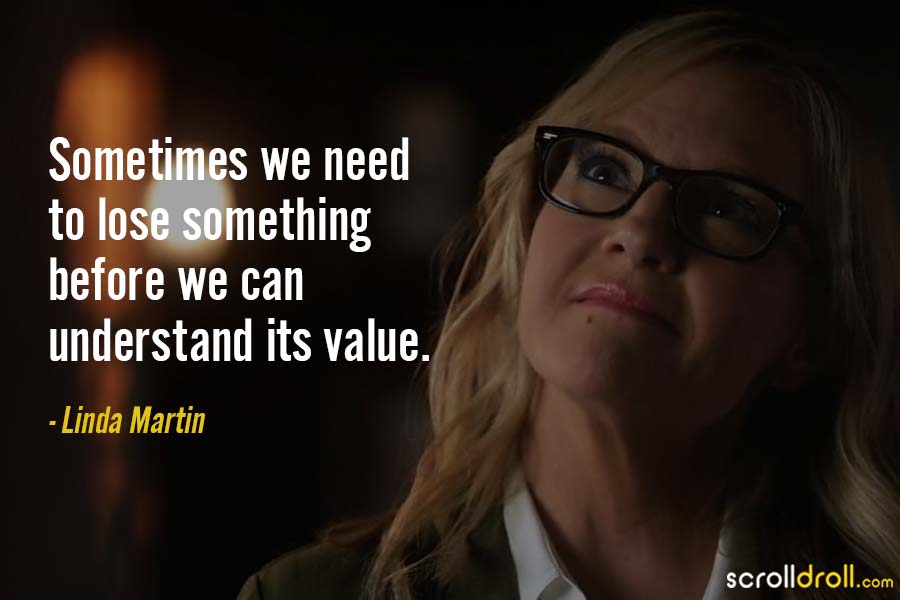 19. “People sometimes kill the people with whom they’re in love. The heart’s mysterious.” – -Lucifer Morningstar 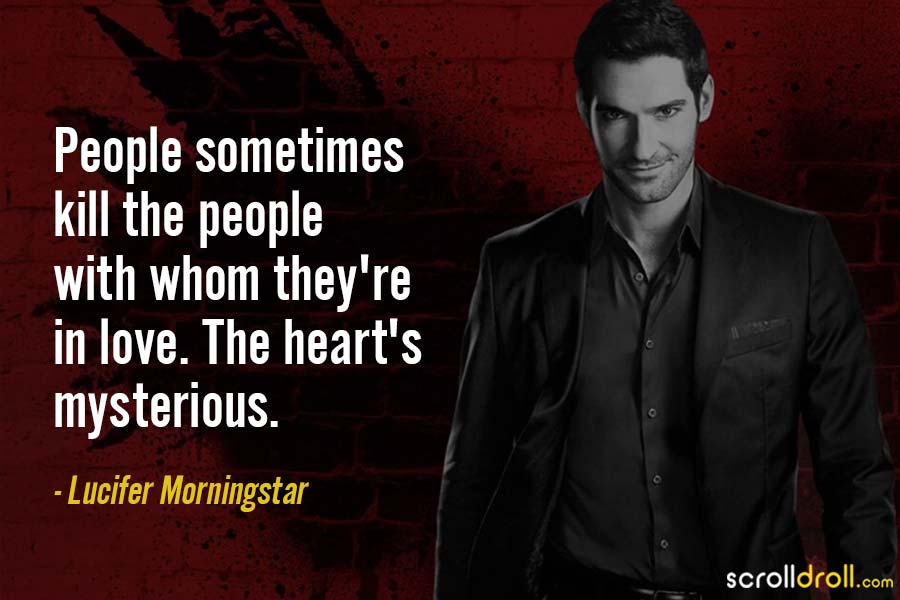 20. “We can’t control what happens to us, only how it affects us and the choices we make.” – Chloe Decker 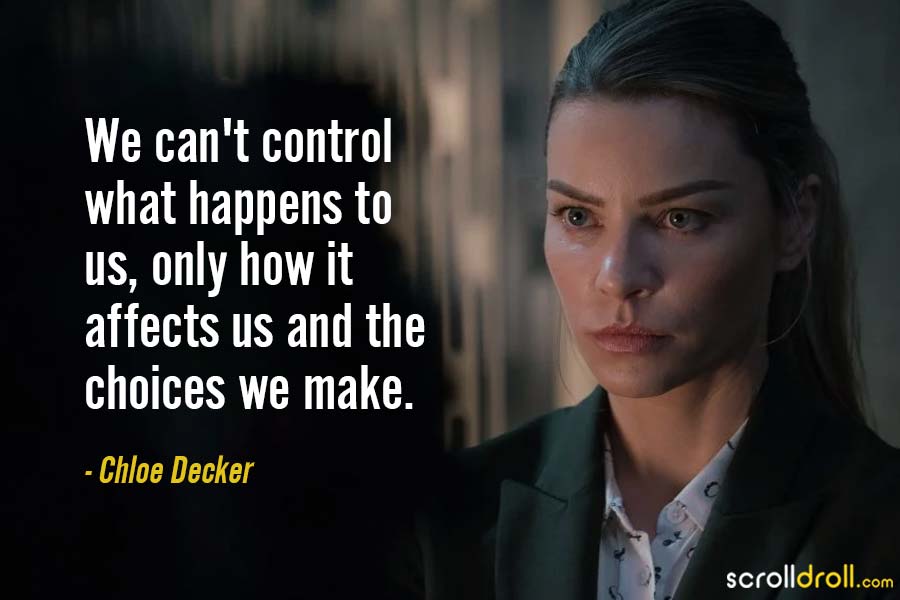 So, these were some of the best dialogues from Lucifer that reek of wit and wisdom. Which of these dialogues hit you the most while watching the show? Do let us know in the comments section.