Panchayat is an Amazon Prime Video comedy-drama web series in Hindi that was created by The Viral Fever. Jitendra Kumar, Raghubir Yadav, Neena Gupta, Chandan Roy, and Faisal Malik star in the series, which was written by Chandan Kumar and directed by Deepak Kumar Mishra. If you keep scrolling you can find some of the best dialogues from Panchayat Season 1.

It follows the life of an engineering graduate who, due to a lack of better job opportunities, accepts a position as a Panchayat secretary in the remote village of Phulera in Uttar Pradesh. The slow-paced lifestyle of rural India is foreign to him, having been born and raised in the city. The idea of his panchayat office serving as his residence is also absurd. Naturally, he becomes entangled in boredom, discomfort, and frustration, lashing out at any opportunity. During his stay, he learns that, despite the fact that Manju Devi (Neena Gupta) is the officially elected Pradhan, her husband, deputy secretary Brij Bhushan Dubey (Raghubir Yadav) actually runs the show. The patriarchal structure, deep-seated corruption, mass apathy, and poor infrastructure are next on the list.

Abhishek decides to study for the CAT entrance exam and pursue managerial studies because he has a strong desire to leave Phulera. However, the secretary’s frustrations are compounded by the lack of electricity. The rest of the story revolves around his attempts to adjust to rural life and prepare for his entrance into this chaos, which leads to some hilarious incidents. Let’s visit some of the best dialogues from Panchayat Season 1 on Amazon Prime. 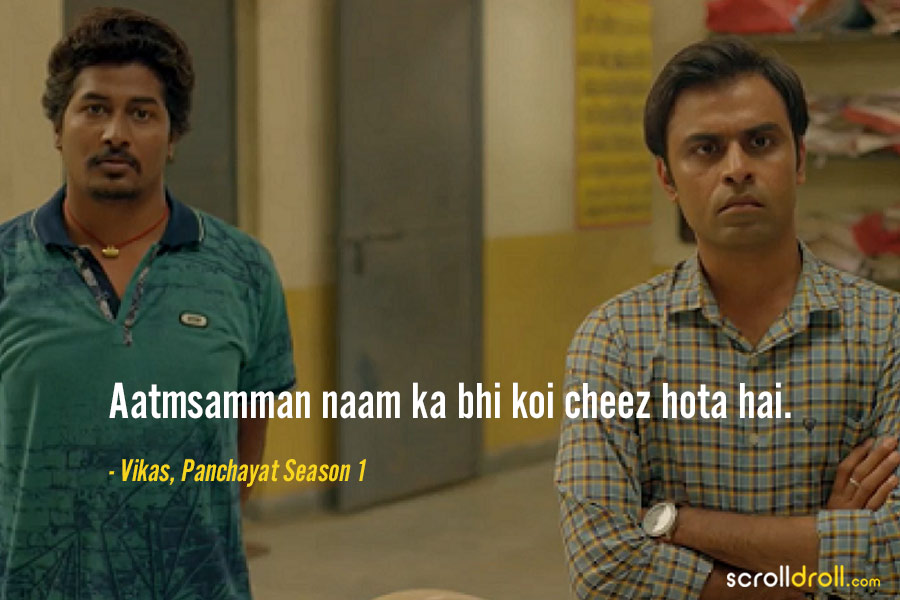 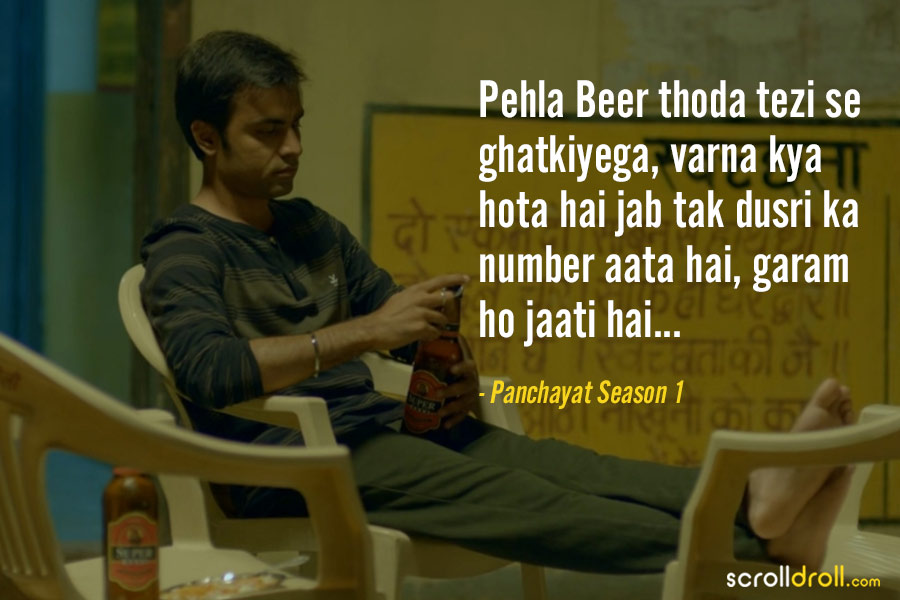 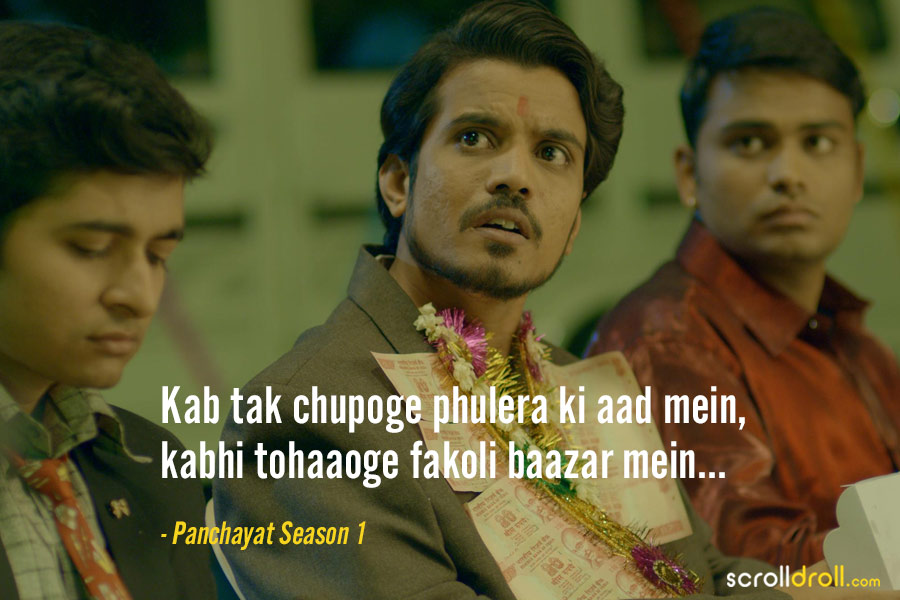 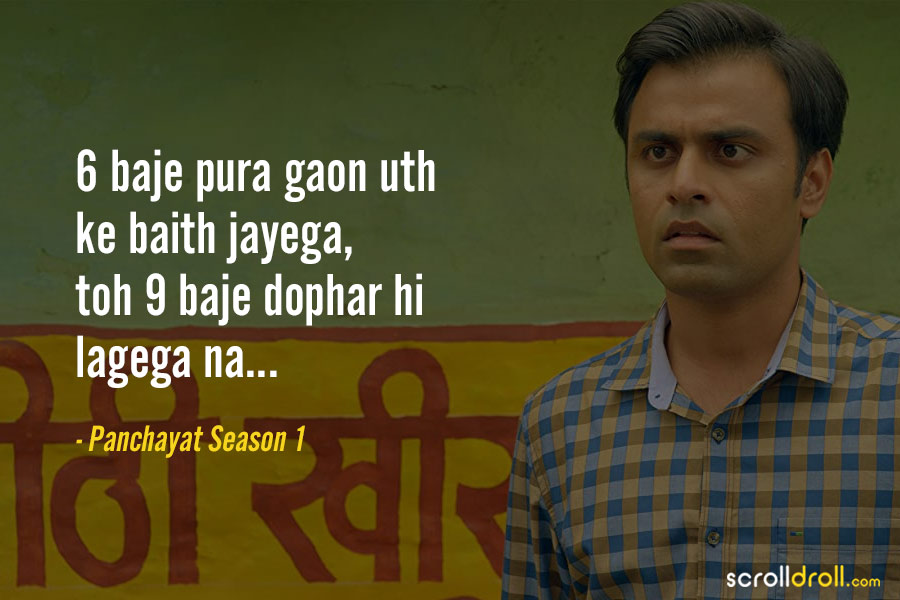 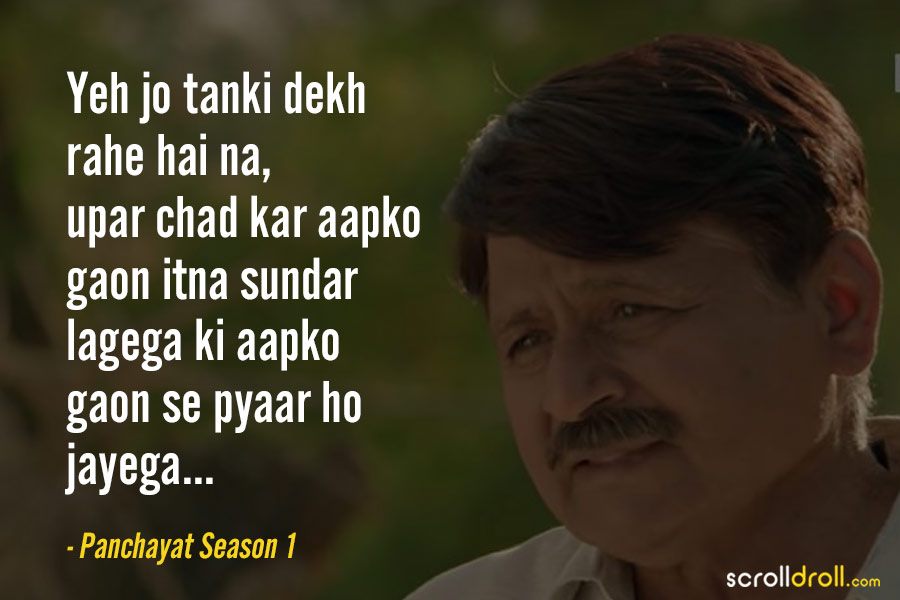 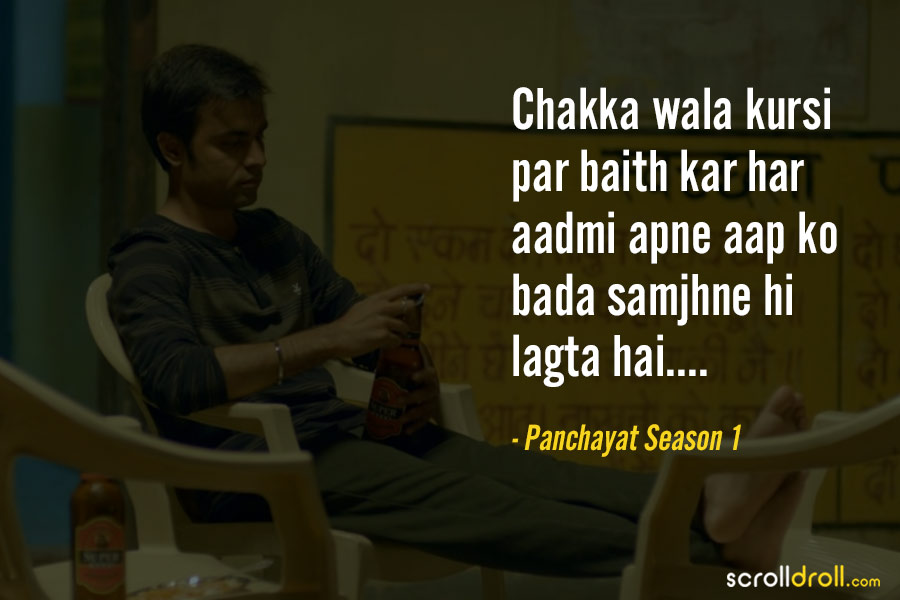 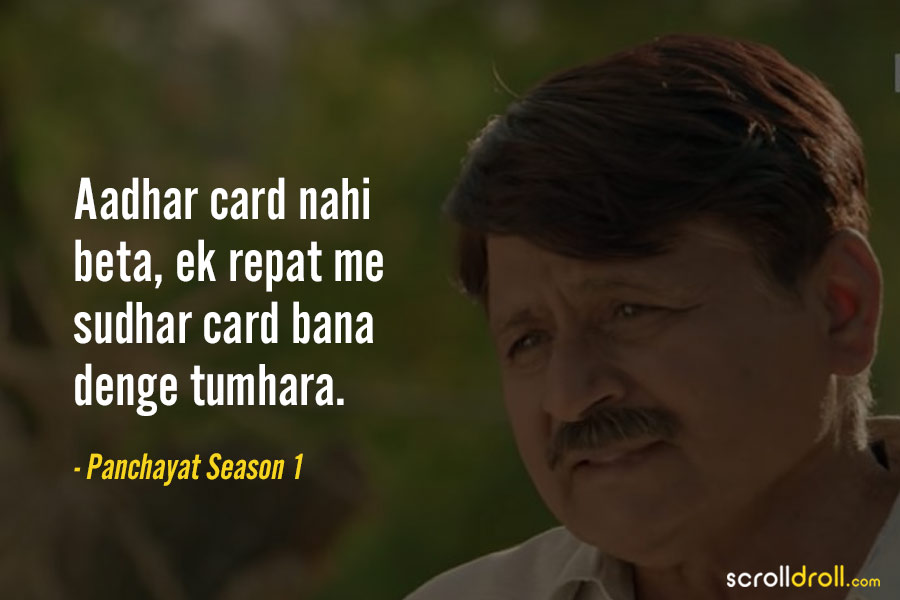 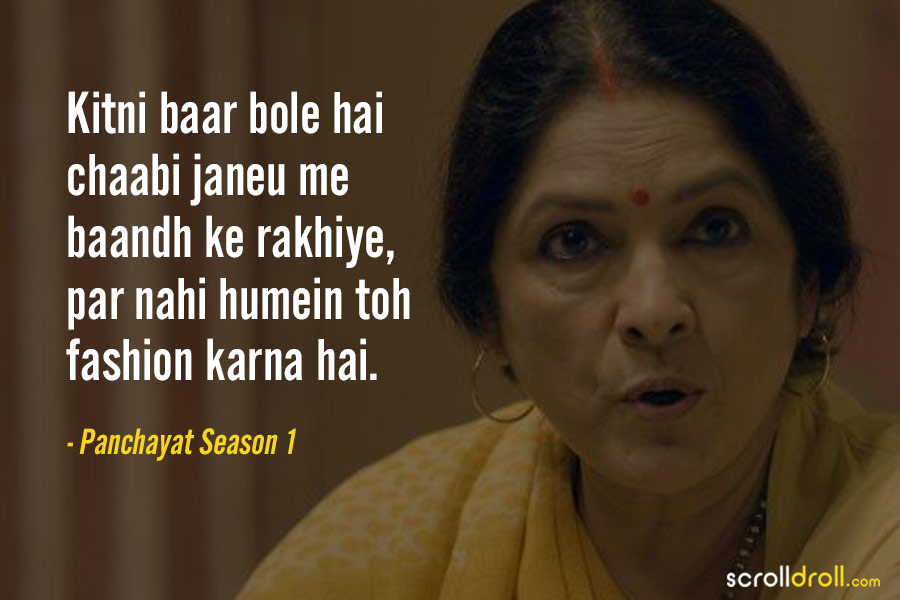 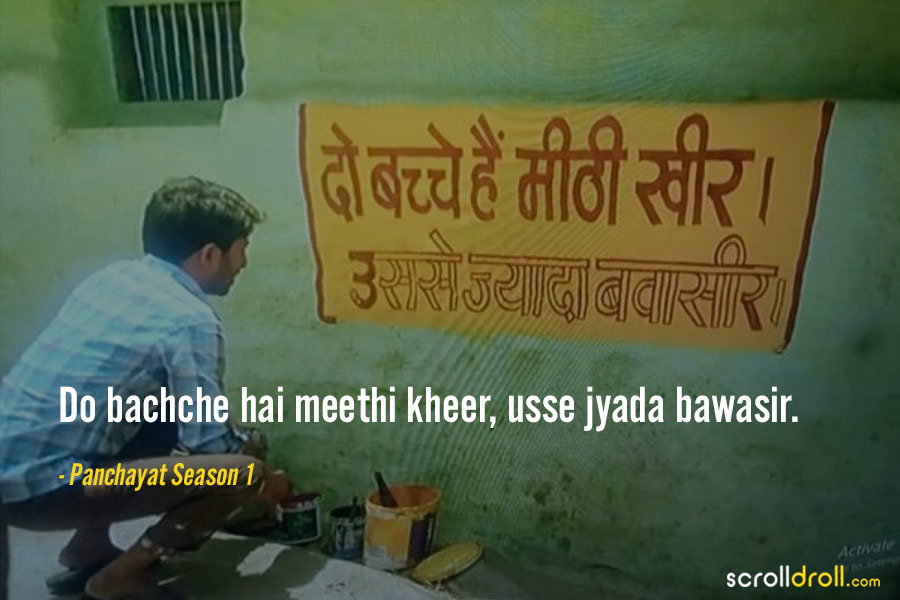 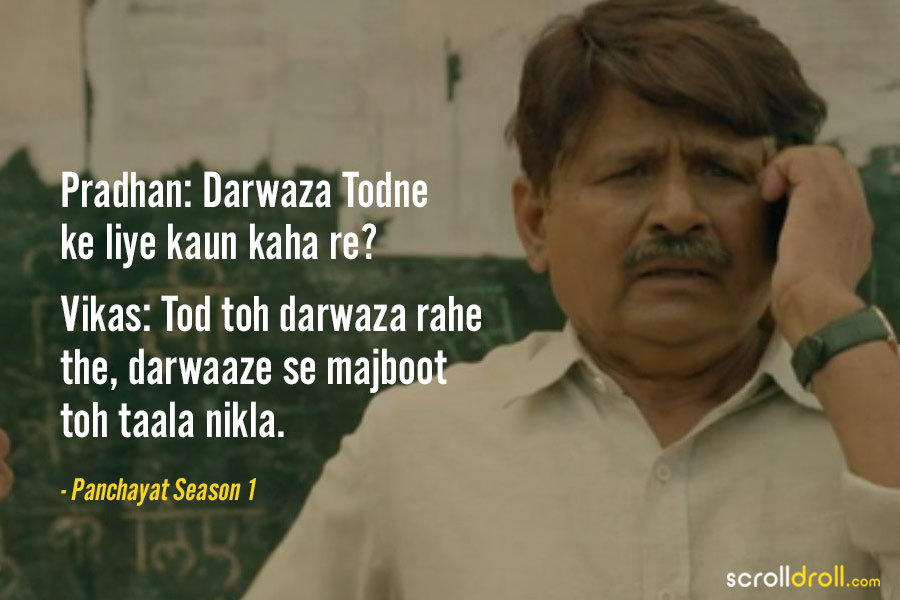 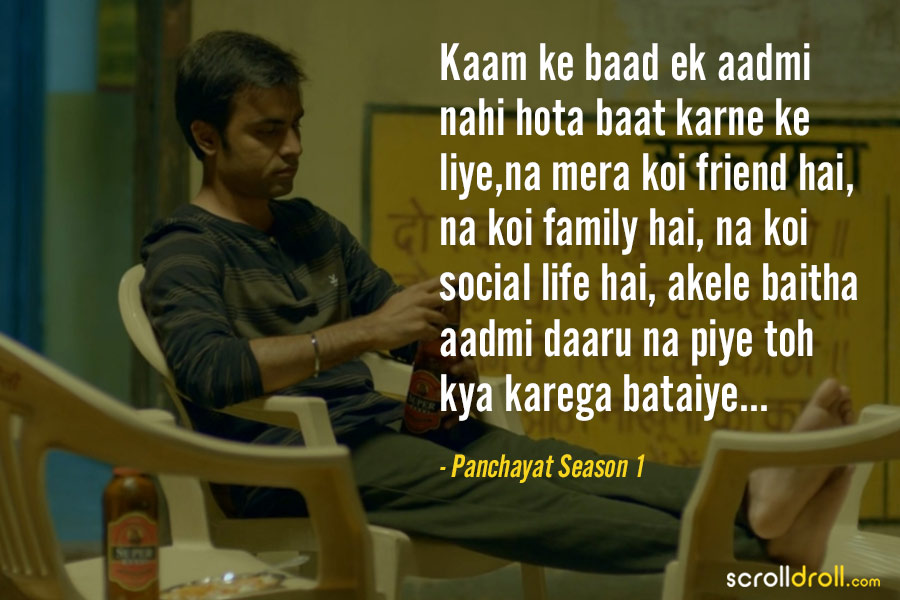 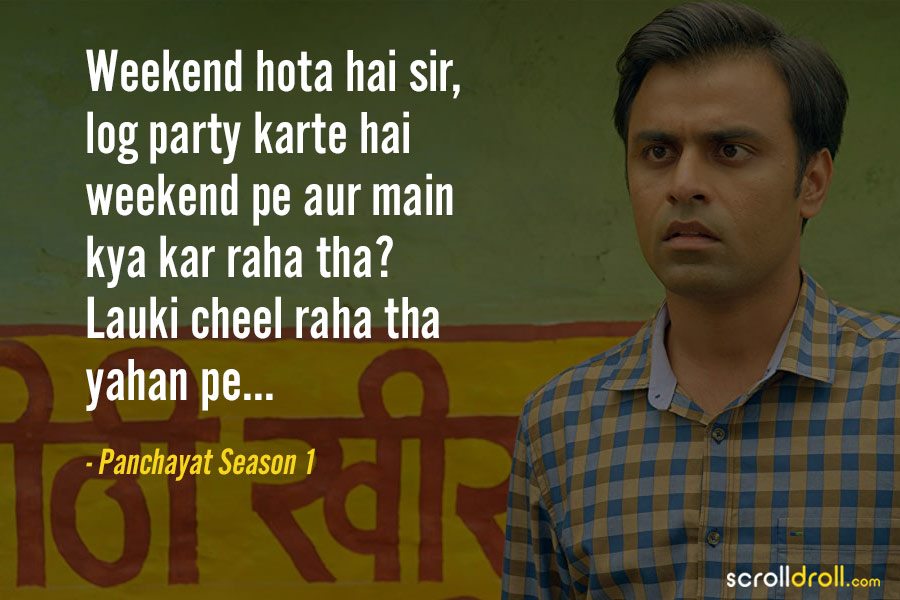 You’ve reached the end of our list of the best quotes and dialogues from Panchayat Season 1 on Amazon Prime. We’d like to let you know that Panchayat season 2 is now available, so get ready to enjoy the romance of India’s rural life.