Runway 34 is a 2022 Indian Hindi-language thriller film directed by Ajay Devgn and produced by him under his banner Ajay Devgn FFilms. It stars Devgn, Amitabh Bachchan, and Rakul Preet Singh, as well as Boman Irani, Angira Dhar, and Aakanksha Singh. The delivery of the best dialogues from Runway 34 movie is, therefore, beautifully done. In the film, YouTube sensation Carryminati (Ajey Nagar) makes a cameo appearance.

The film is based on the true story of the Jet Airways flight from Doha to Kochi. The incident occurred in 2015 when the plane narrowly avoided disaster after encountering difficulties landing at the airport due to bad weather and poor visibility. The pilots had to make a ‘blind’ landing on the runway because they couldn’t see the runway. The captain was demoted to the rank of co-pilot as a result of putting the lives of 150 people on board in jeopardy. You can tell from the list of the best dialogues from the Runway 34 movie, that this movie will definitely give you goosebumps.

Mayday was the original title of the film. The film’s official announcement was made on November 7, 2020, and principal photography began in Hyderabad on December 11, 2020. The title of the film was changed to Runway 34 in November 2021. The film was completed on December 17, 2021. While the film had a shaky start, it picked up steam after receiving positive reviews and grossed Rs 3 crore on its fourth day. The film has earned a total of Rs 14 crore. Now. let’s take a look at some of the best dialogues from the Runway 34 movie. 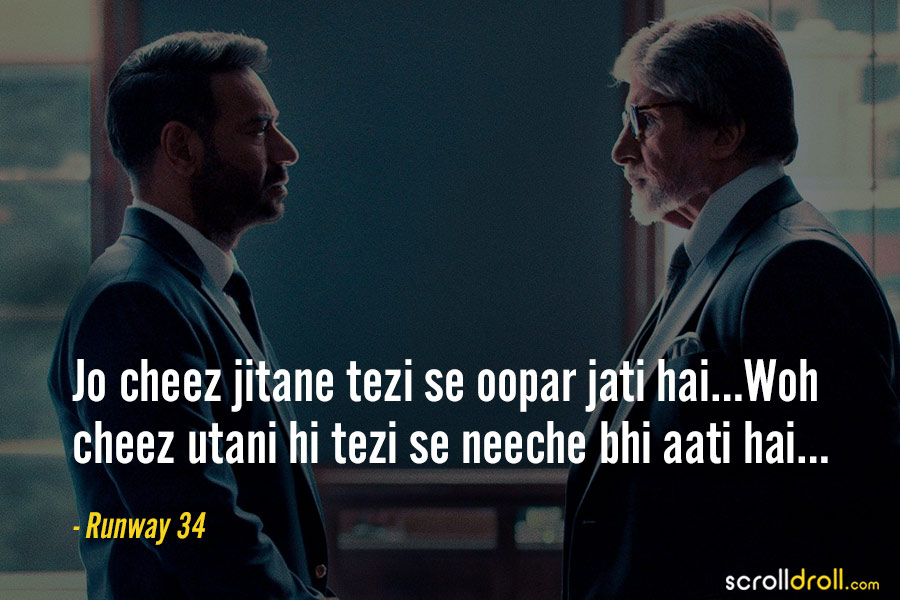 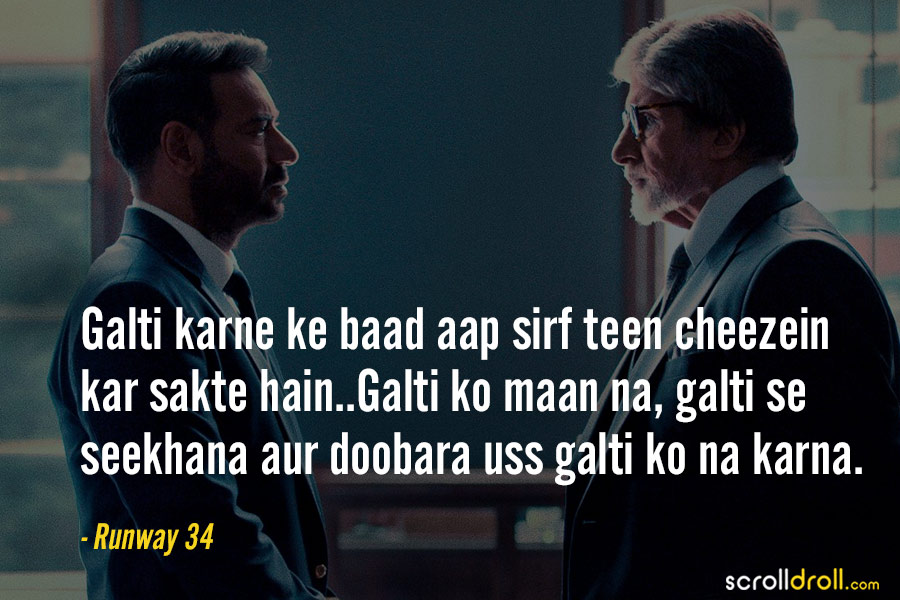 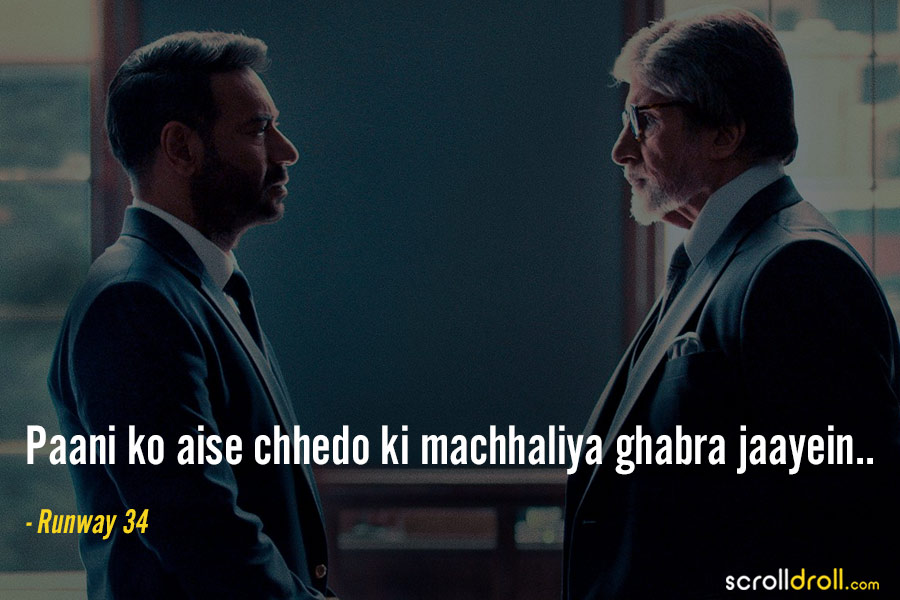 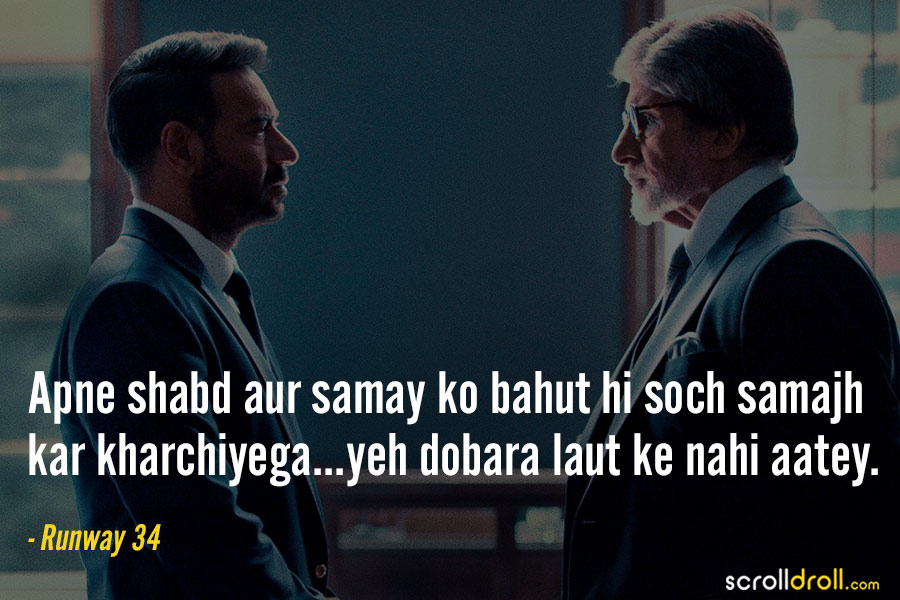 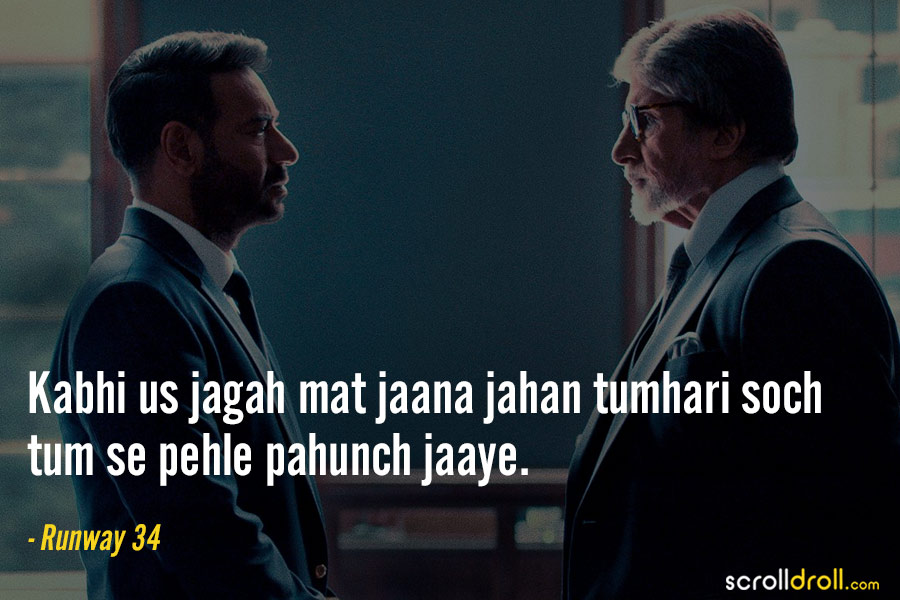 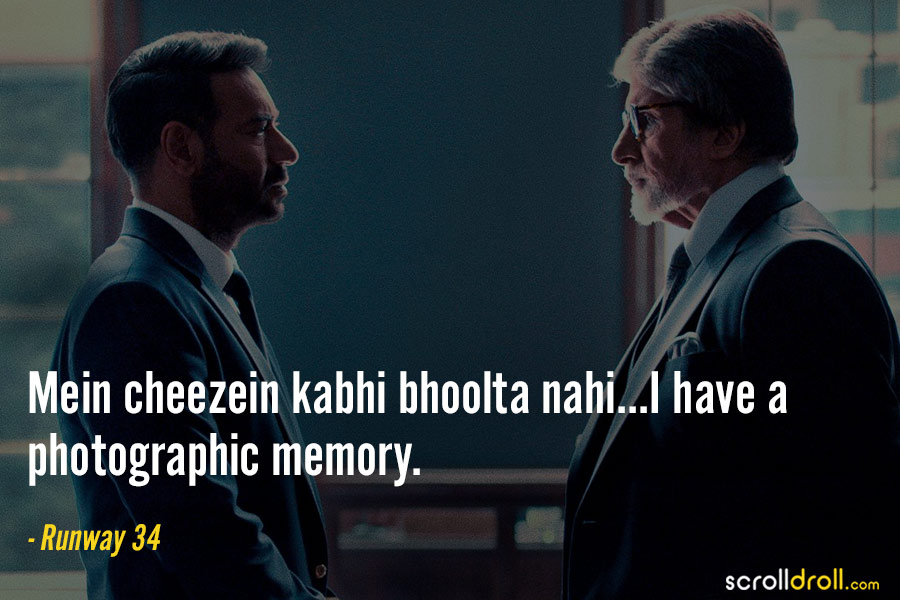 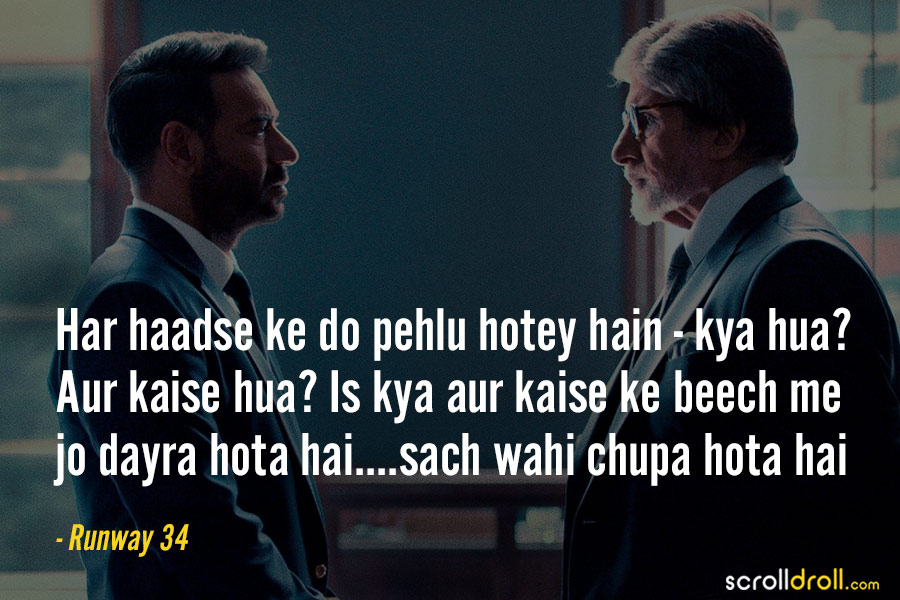 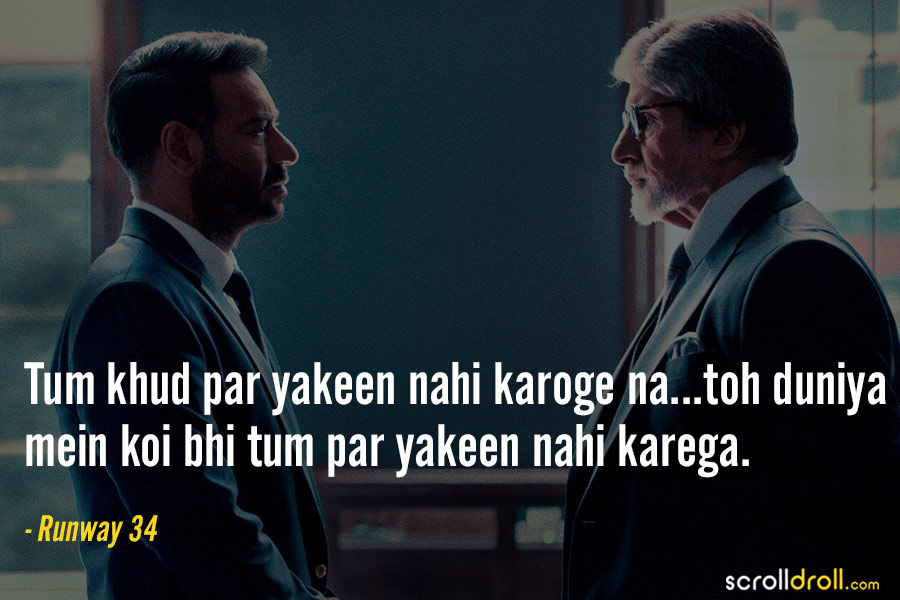 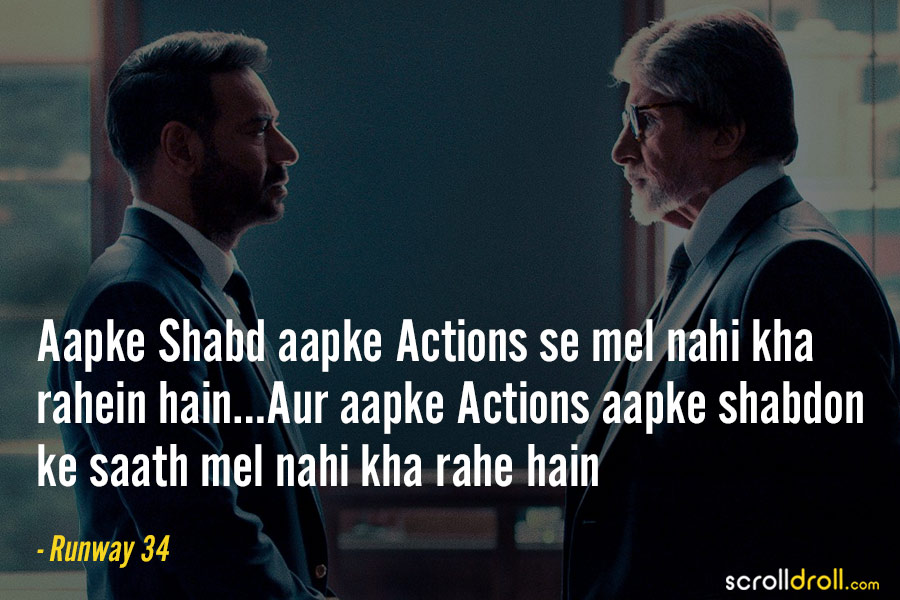 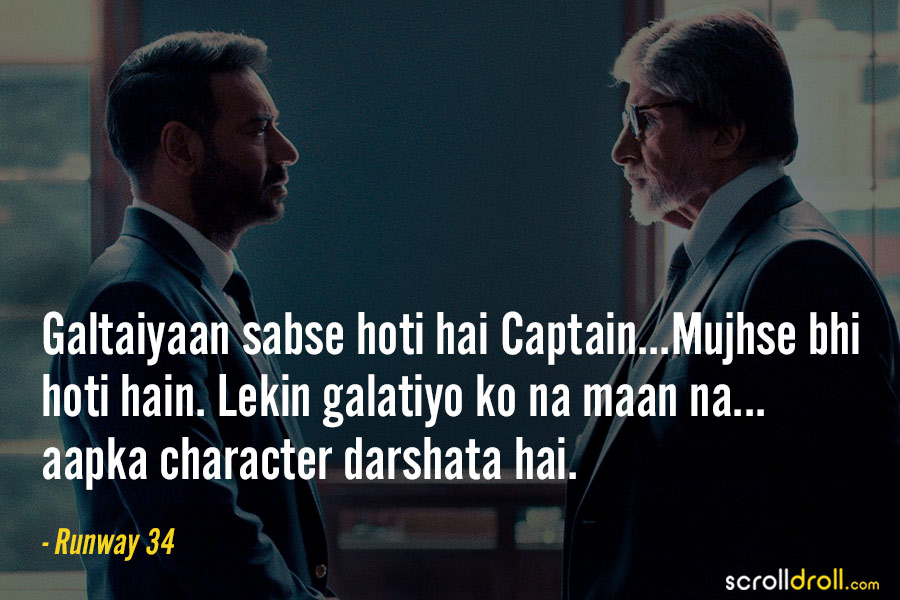 This concludes our list of best dialogues from Runway 34 movie. This movie being Ajay Devgn’s third directorial effort was released in theatres on April 29, 2022, to coincide with Eid. After a seven-year separation, Ajay Devgn and Amitabh Bachchan reunite in this film. Major Saab, Hindustan Ki Kasam, Hum Kisise Kum Nahin, Khakee, Aag, and Bol Bachchan are among their previous credits. “Runway 34 should be experienced for the way it depicts one of the scariest, and near-disastrous aviation mishaps in recent times with engaging characters, thrill, and drama,” wrote Rachana Dubey of The Times Of India.

20 Best Spanish Films That Need To Be On Your Watchlist