For the last couple of years, viewers are constantly bombarded with a plethora of nationalist/ patriotic movies. While that is not a bad thing, the gross commercialisation of nationalism can tick you off after some time. With Sardar Udham, makers went in the completely opposite direction – there were no item numbers, there was no unnecessary love interest, heck, there weren’t even any songs on the film to begin with! With creative decisions like these, the makers were able to sustain a much-needed sombre tone throughout the film that actually respected the material the film dealt with. Needless to say, Sardar Udham was one of the most well-received movies to come out in 2021, and so many fans were disappointed when it didn’t make the cut for India’s official Oscar entry. However, a thing of beauty is a joy forever; Oscar or not, we’re definitely going to be talking about this movie for many years to come. With that, we bring you 15 dialogues from Sardar Udham that prove that it is a masterpiece!

1. I fight for the freedom of my people… you equal, you march for being equal. I no equal. I no free. First my country free, then equal, then march, (for) equality. 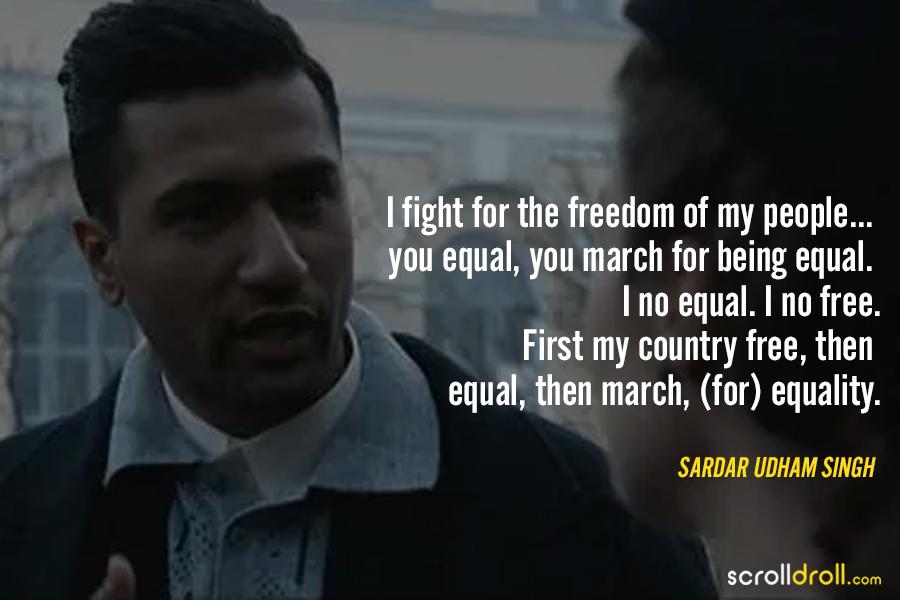 2. My country, I, prisoner. Watched all the time. Marzi ke beej ni bo sakta main, geet ni ga sakta. Even poetry banned. No free will. Can’t breathe. I here, on exile – forced out of my country. My own country! 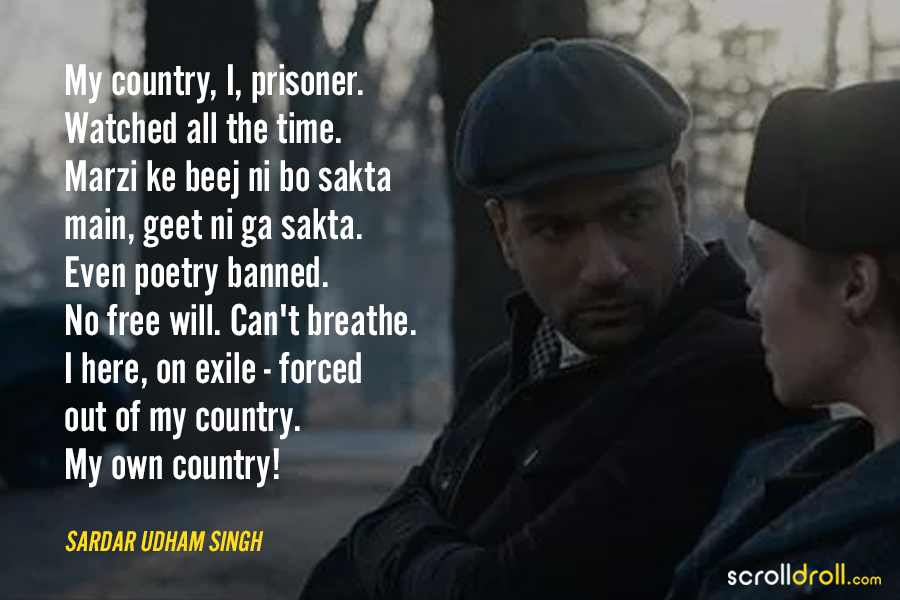 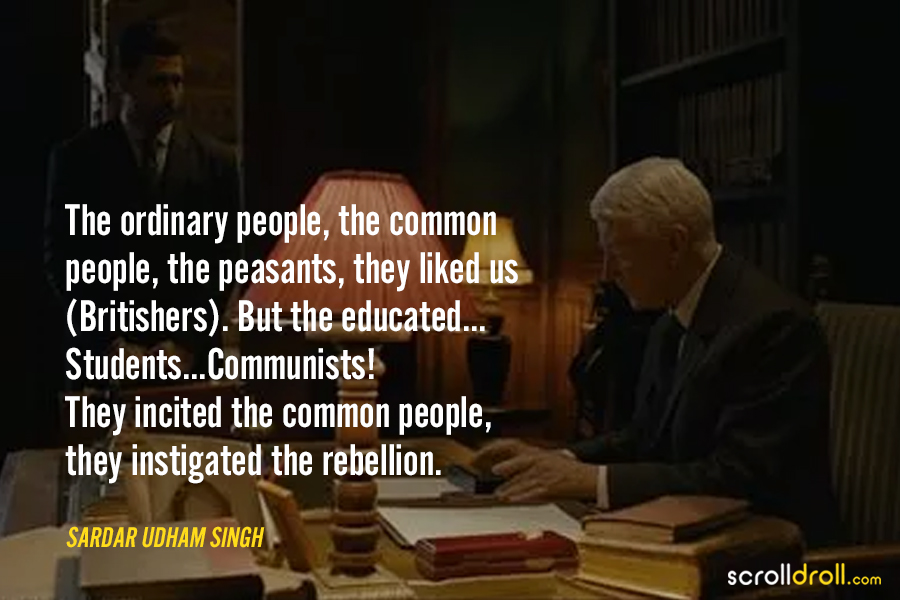 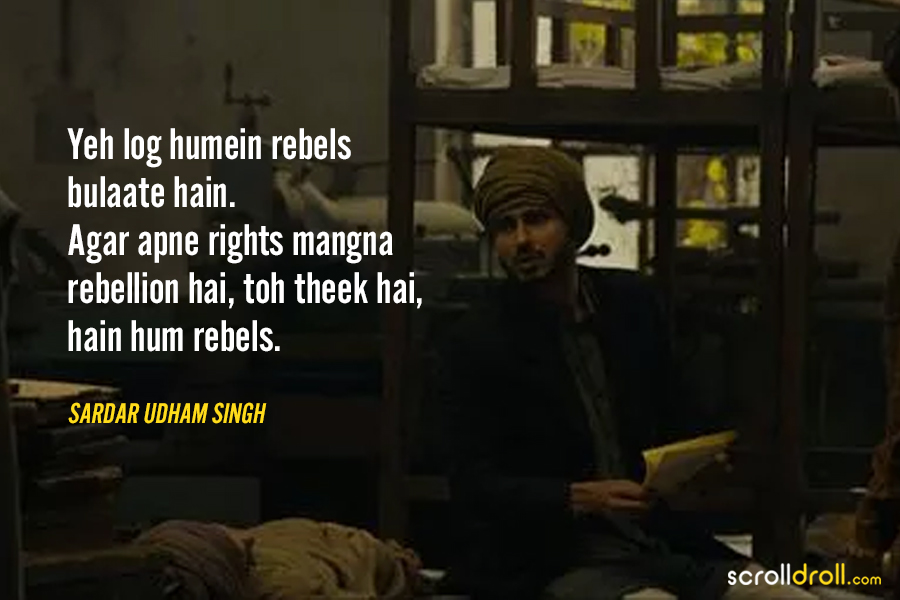 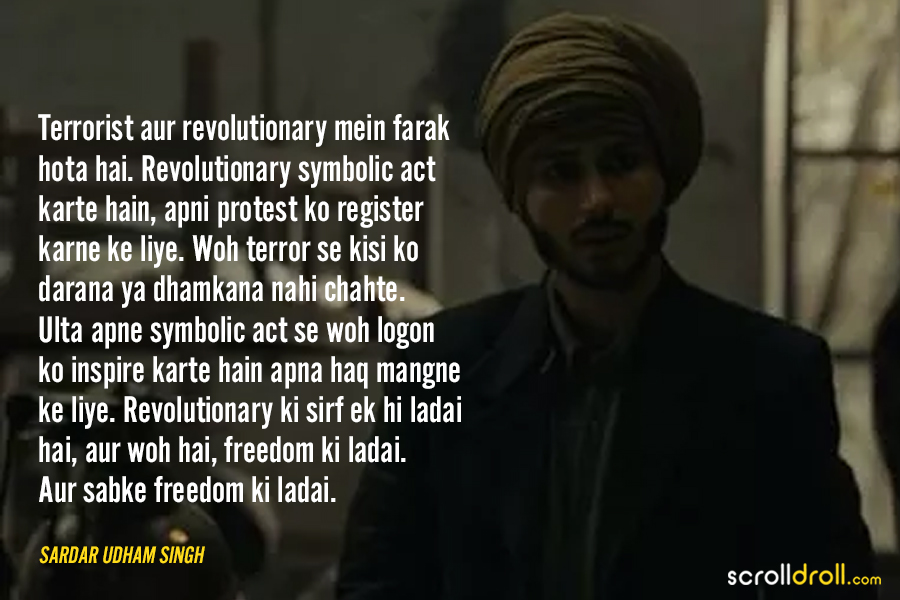 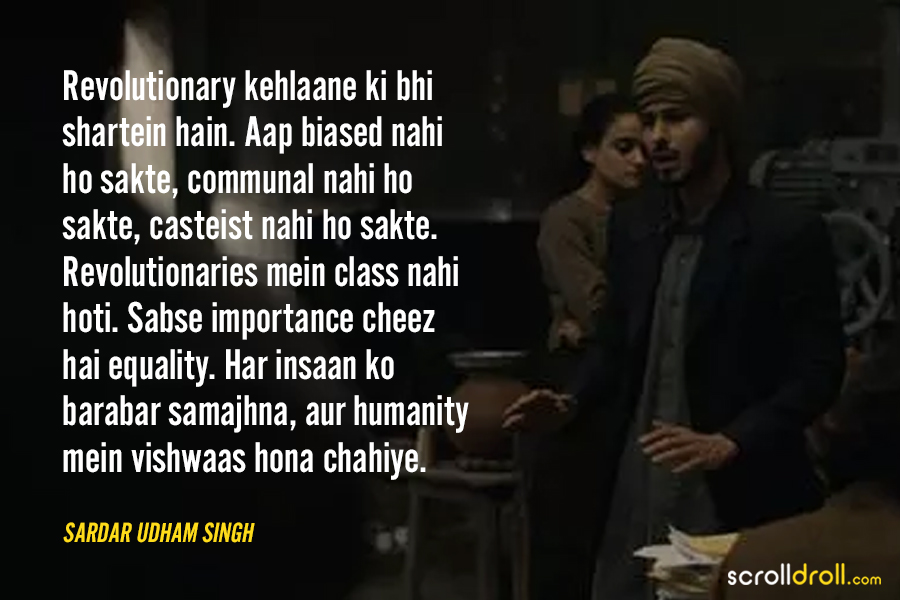 Also take a look at: Sardar Udham Singh: The Man Who Avenged The Jallianwala Bagh Massacre before you move on to the rest of our collection of the best dialogues from Sardar Udham! 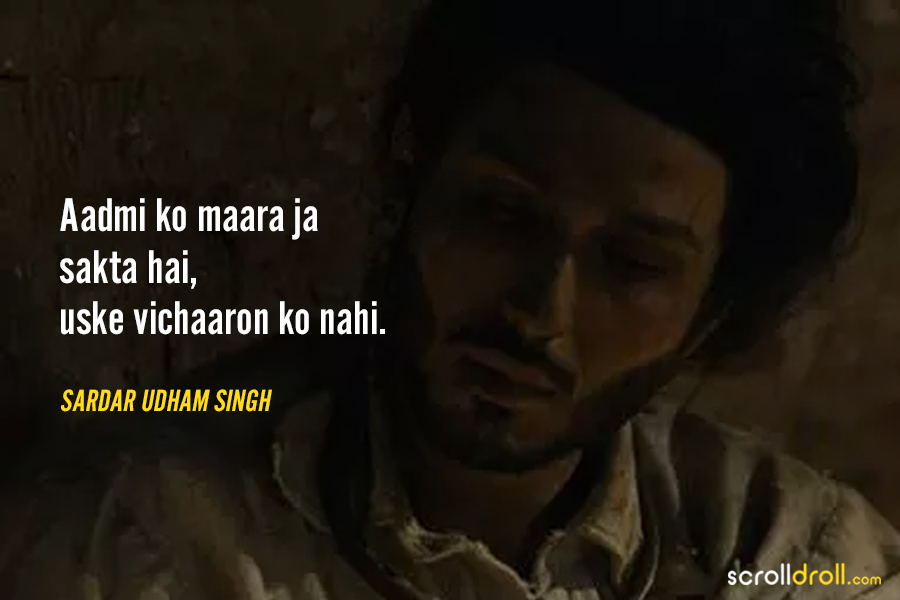 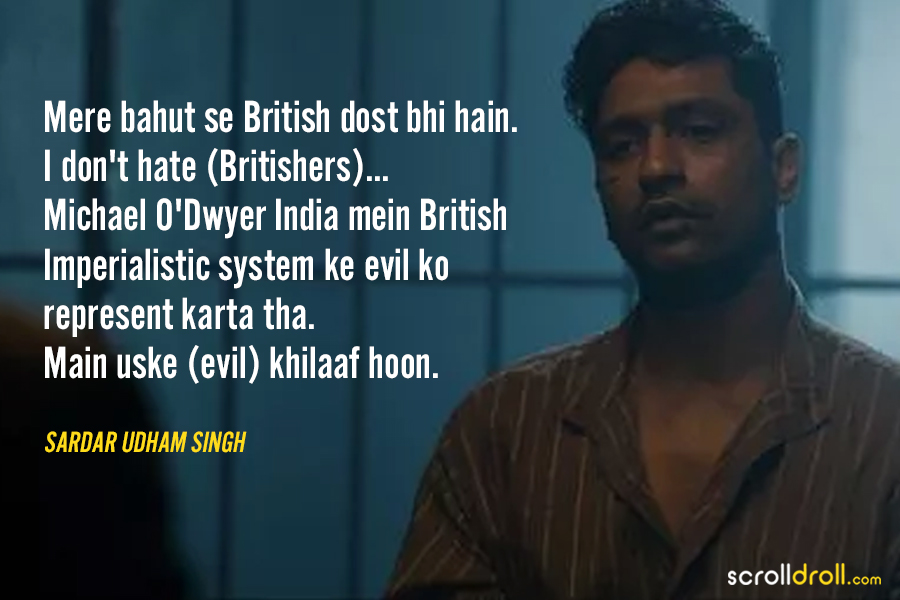 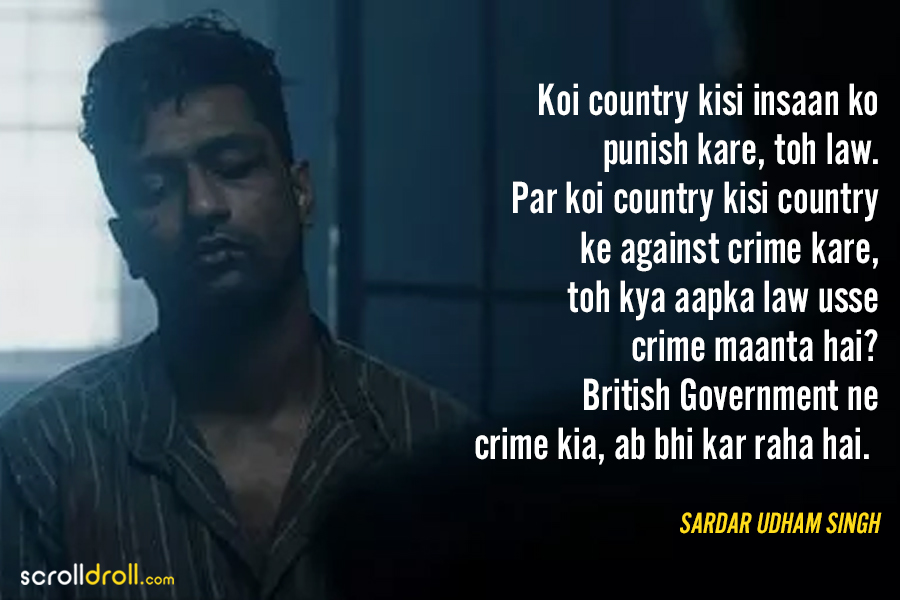 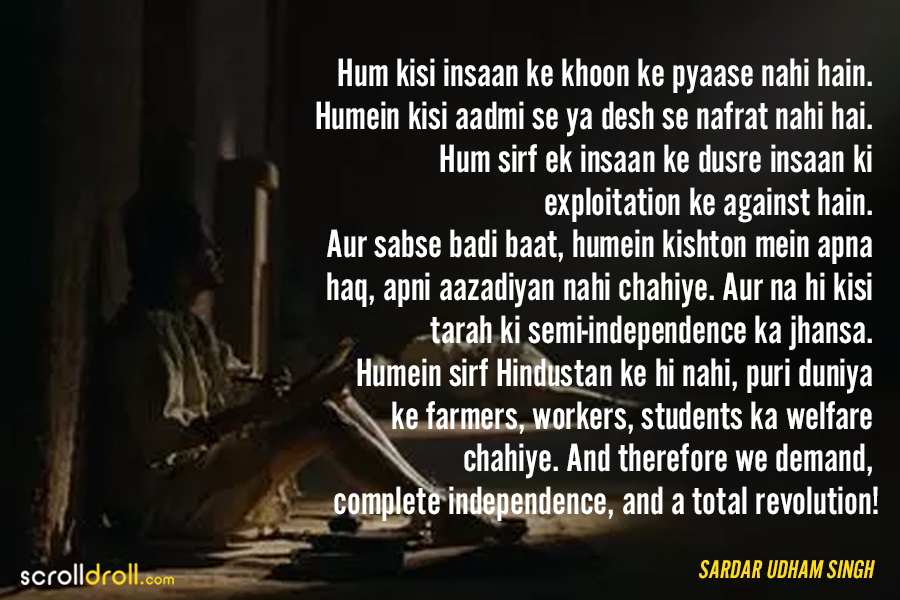 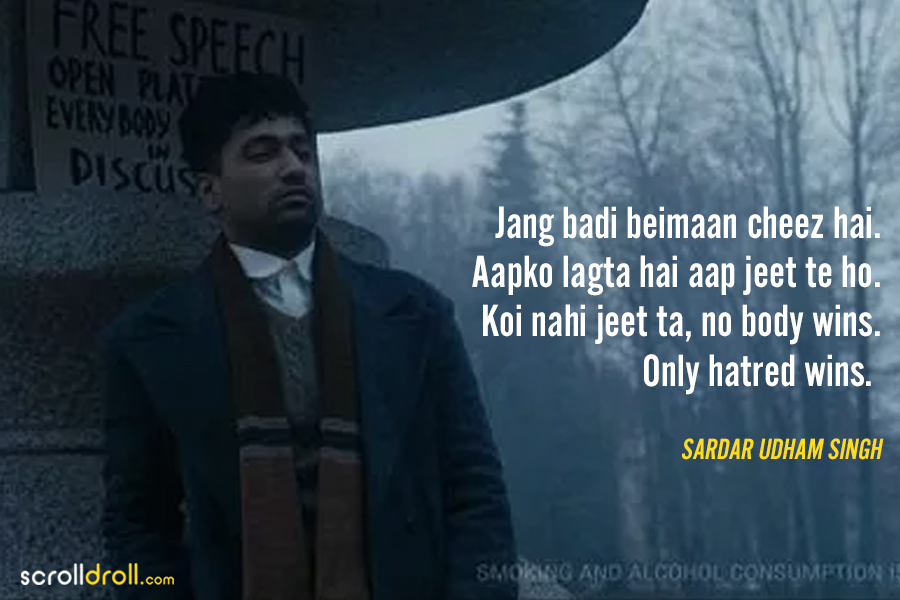 12. I plead not guilty… Dwyer was guilty. You are guilty, your policies are guilty. 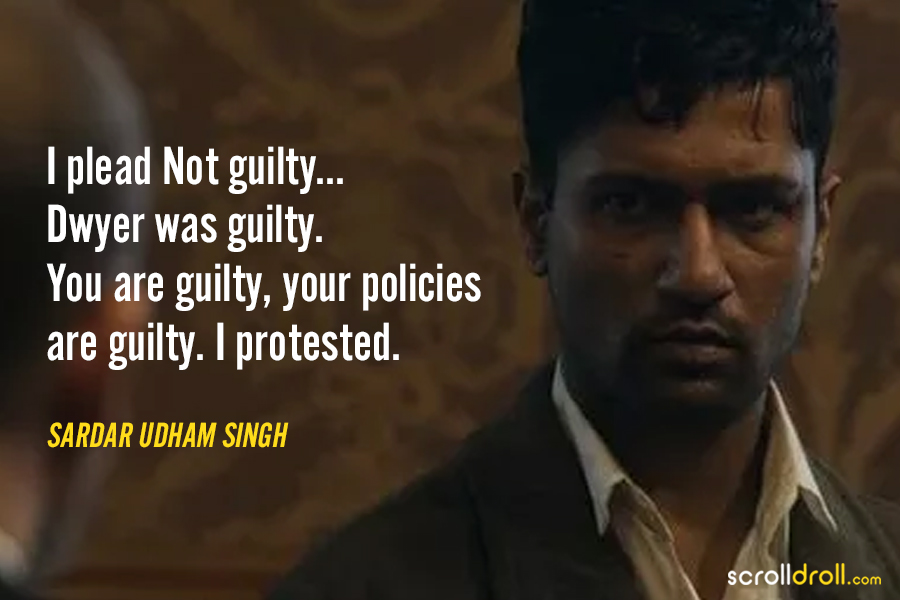 13. Freedom is my birthright and fighting for freedom is no crime. 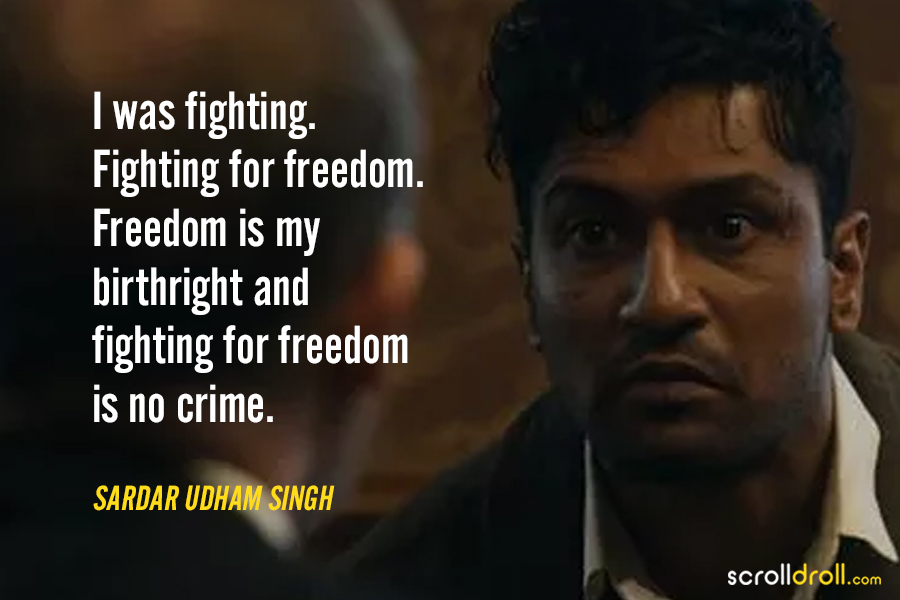 14. You Britishers have plundered us, divided us, looted us, robbed us of all dignity, finished our economy! 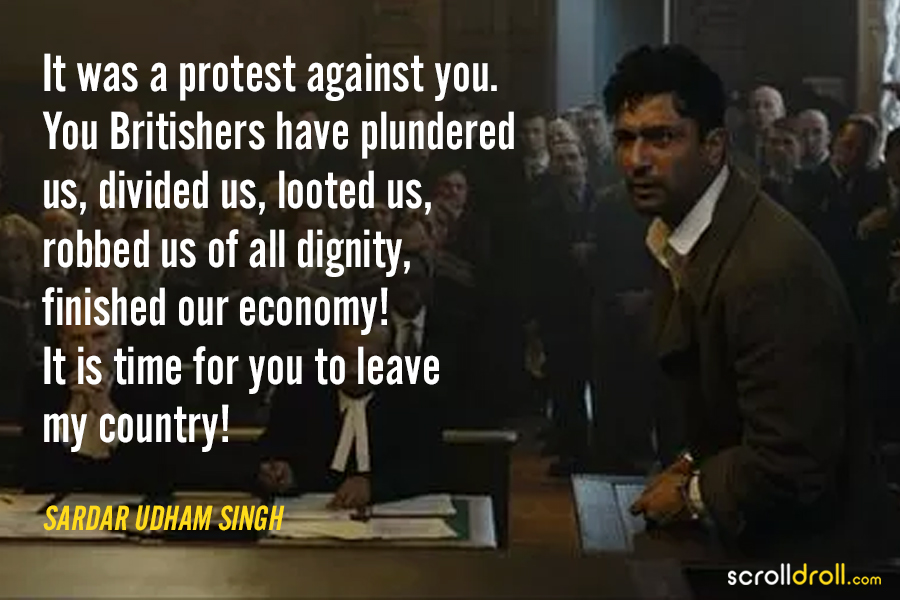 15. It’s just a footnote in your history. 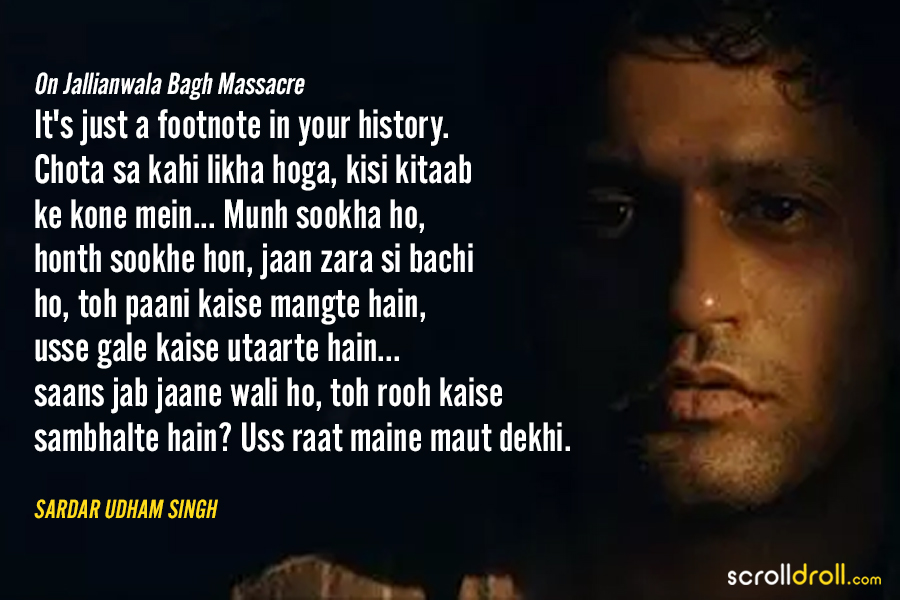 Did you like our collection of dialogues from Sardha Udham? Comment below to tell us your favourite one!