15 Best Dialogues of Leonardo Di Caprio From His Spectacular Movies

Also read: 60 Best Hollywood Dialogues That Are Etched In Our Minds!

1. “The wind cannot defeat a tree with strong roots.” –Hugh Glass, (The Revenant) 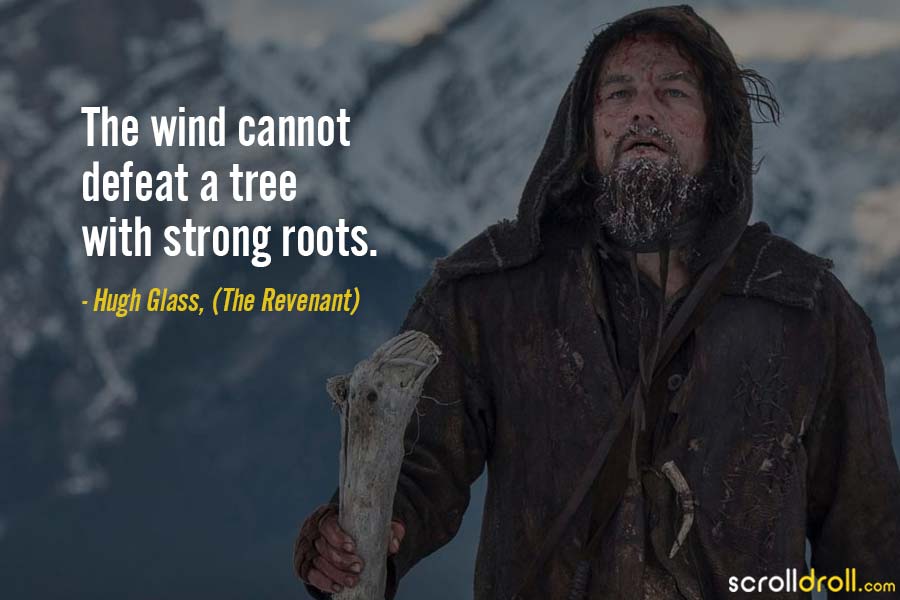 2. “You can dream of a moment for years and still somehow miss it when it comes. You’ve got to reach through the flames and take it or lose it forever. I took it.” -Toby Wolff, (This Boy’s Life) 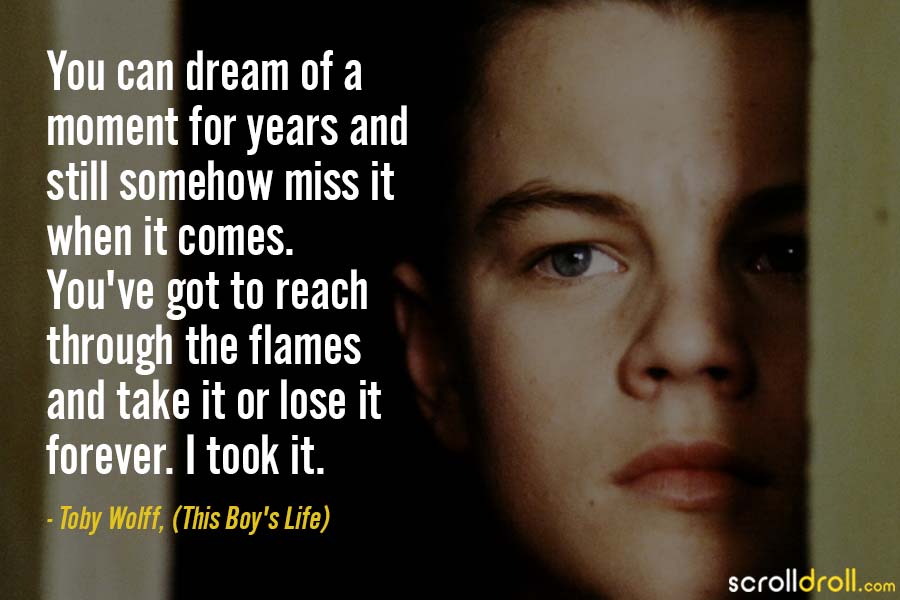 3. “Which would be worse — to live as a monster, or to die as a good man?” -Teddy Daniels (Shutter Island) 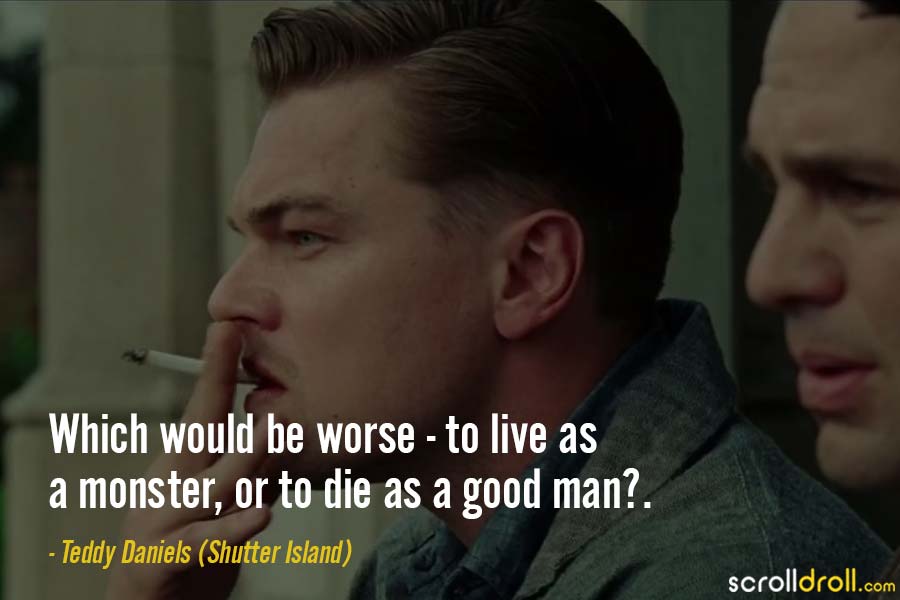 4. “I knew it was a great mistake for a man like me to fall in love.” -Jay Gatsby (The Great Gatsby) 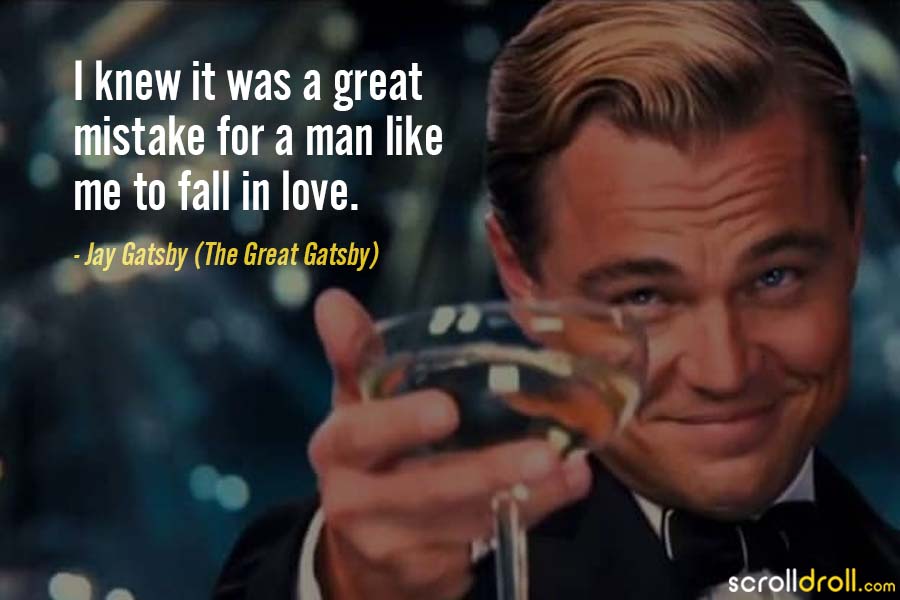 5.  “Fall in love with the person who enjoys your madness, not an idiot who forces you to be normal.” -Jordan Belfort (The Wolf of Wall Street) 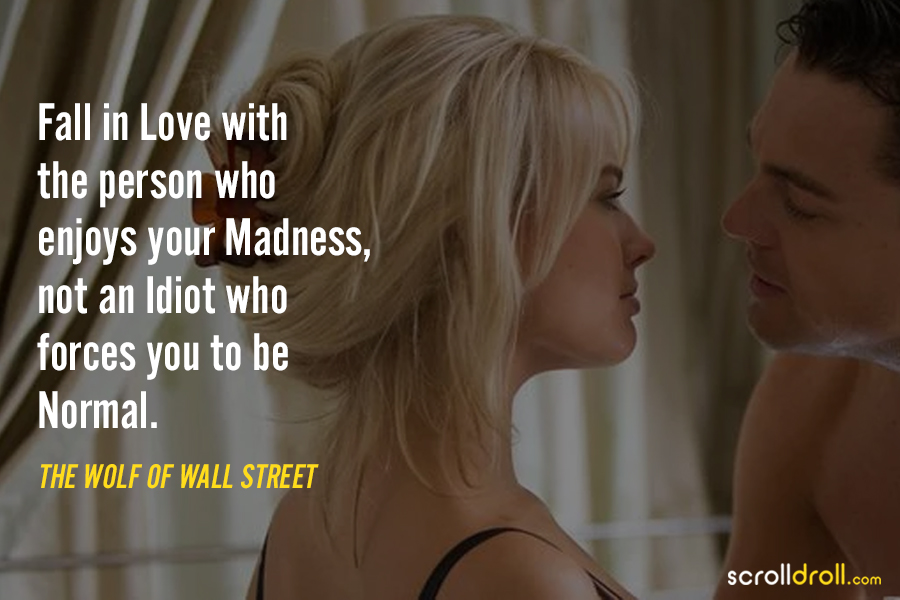 6. “I’m having a birthday party, but you’re not invited, but you can come if you want.” -Arnie Grape (What’s Eating Gilbert Grape) 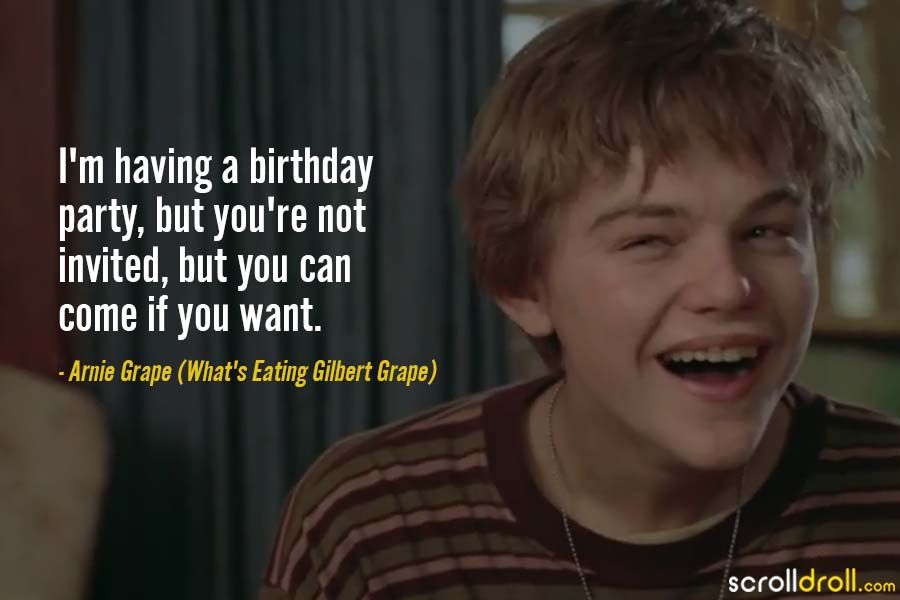 7. “I still believe in paradise. But now at least I know it’s not some place you can look for. Because it’s not where you go. It’s how you feel for a moment in your life when you’re a part of something. And if you find that moment … it lasts forever.”-Richard, (The Beach) 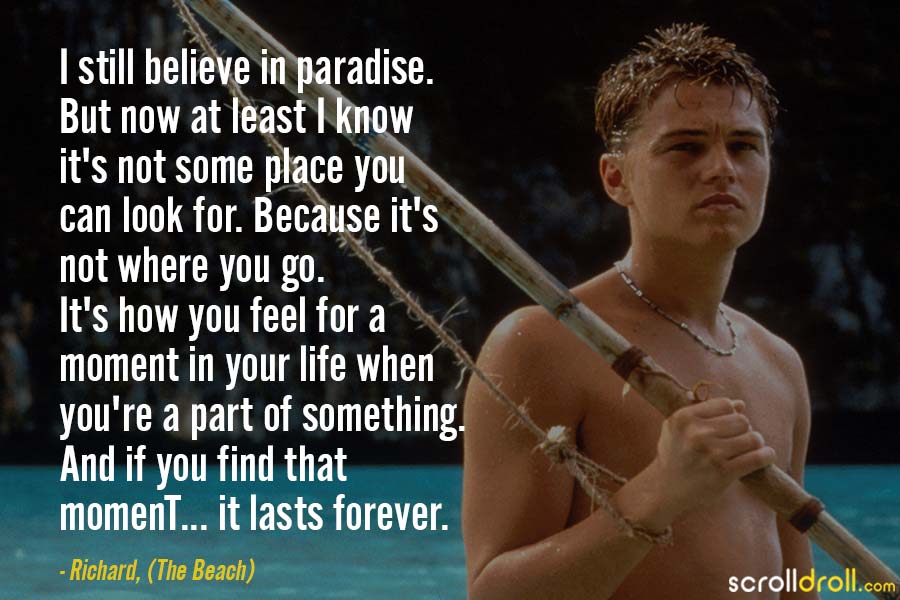 8. “What is the most resilient parasite? Bacteria? A virus? An intestinal worm? An idea. Resilient. Highly contagious. Once an idea has taken hold of the brain it’s almost impossible to eradicate. An idea that is fully formed — fully understood —that sticks.” -Dominick Cobb (Inception) 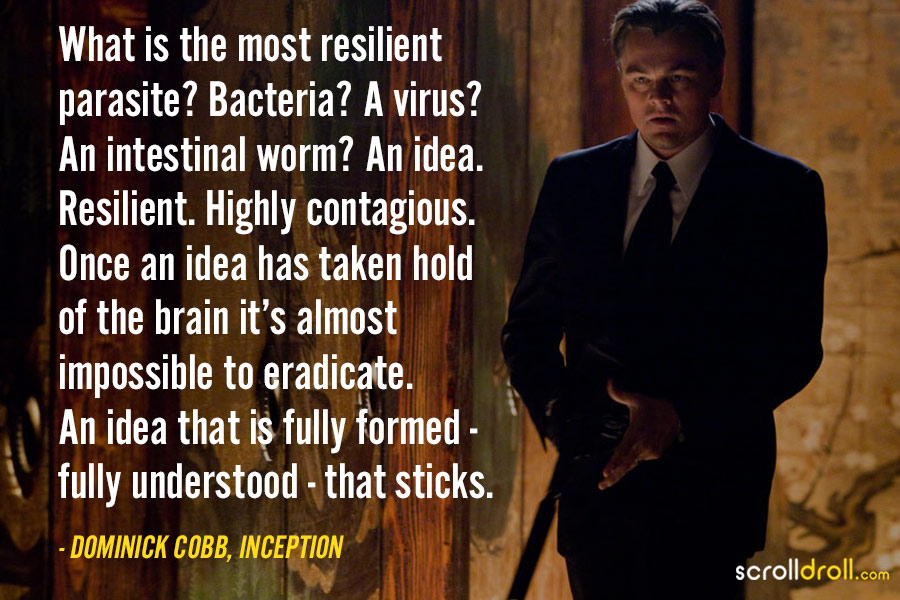 9. “The only thing standing between you and your goal is the bullsh*t story you keep telling yourself as to why you can’t achieve it.” – Jordan Belfort (The Wolf Of Wall Street) 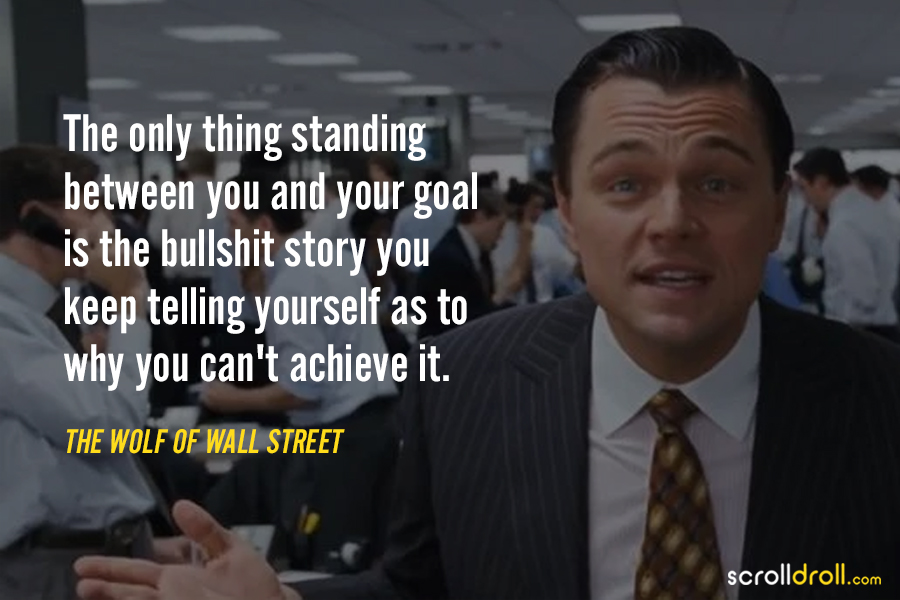 10. “When morals decline and good men do nothing, evil flourishes. A society unwilling to learn from the past is doomed. We must never forget our history. We must never lower our guard.” – J.Edgar Hoover (J.Edgar) 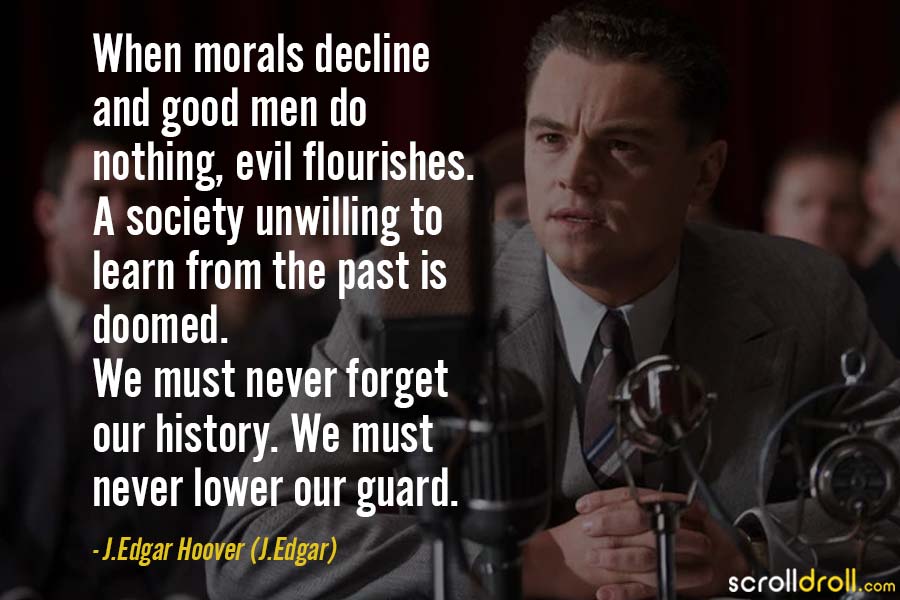 11. “Sometimes I Wonder, Will God Ever Forgive Us For What We’ve Done To Each Other? Then I Look Around And I Realize, God Left This Place A Long Time Ago.” -Danny Archer (Blood Diamond) 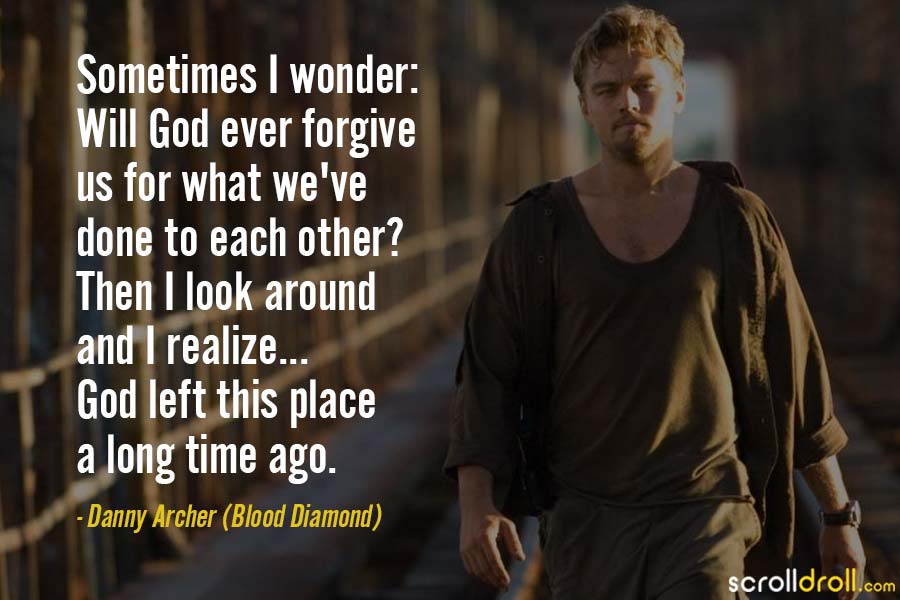 12. “You accuse me once, I put up with it. You accuse me twice… I quit. You pressure me to fear for my life and I will put a fucking bullet in your head as if you were anybody else.” -Billy Costigan (The Departed) 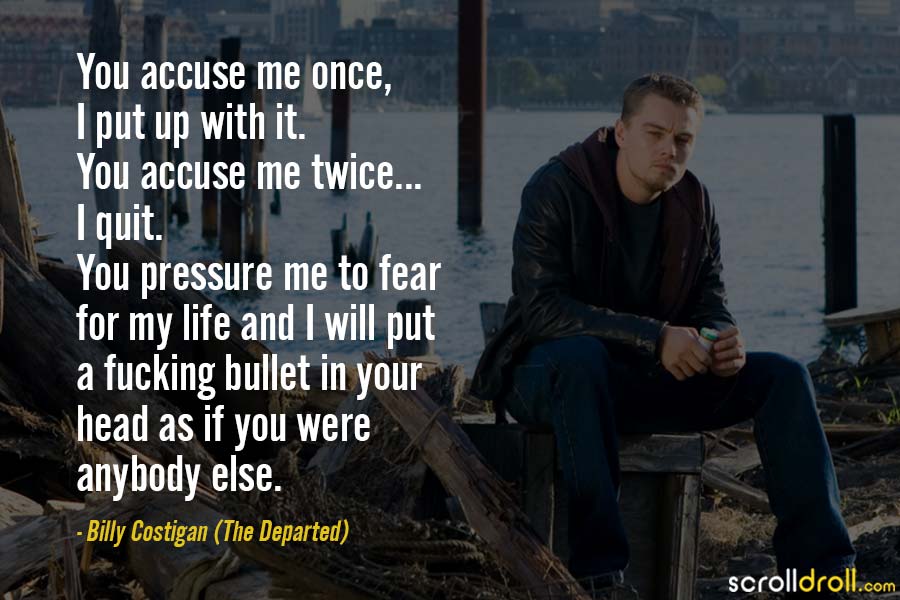 13. “Two little mice fell in a bucket of cream. The first mouse quickly gave up and drowned. The second mouse, wouldn’t quit. He struggled so hard that eventually he churned that cream into butter and crawled out. Gentlemen, as of this moment, I am that second mouse.” -Frank Abagnale Jr. (Catch Me If You Can) 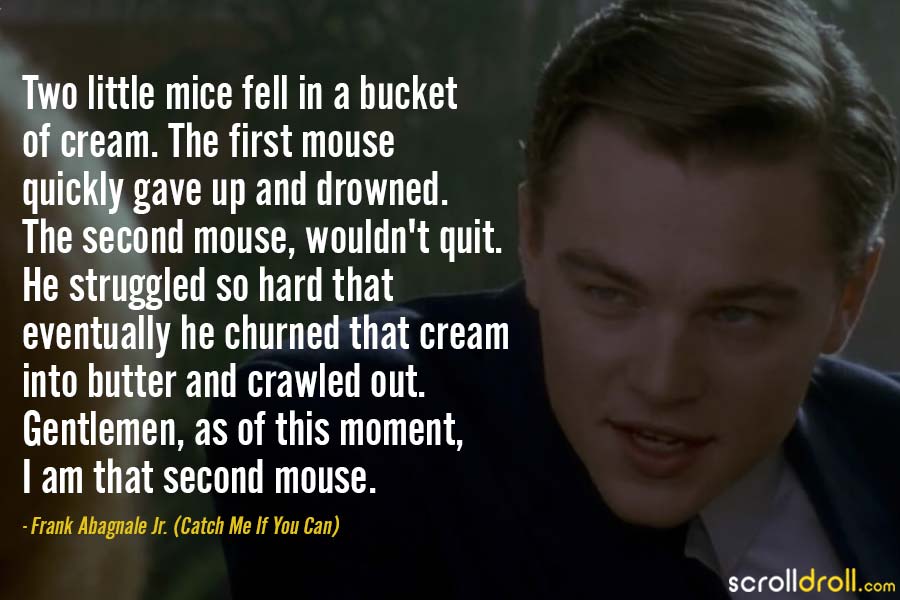 14. “When you kill a king, you don’t stab him in the dark. You kill him where the entire court can watch him die.” – Amsterdam Vallon, (Gangs of New York) 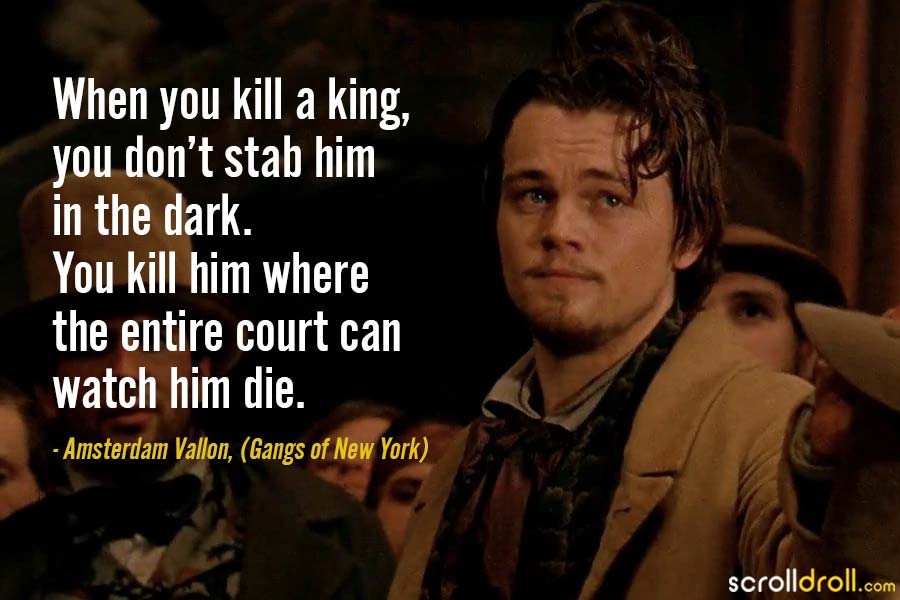 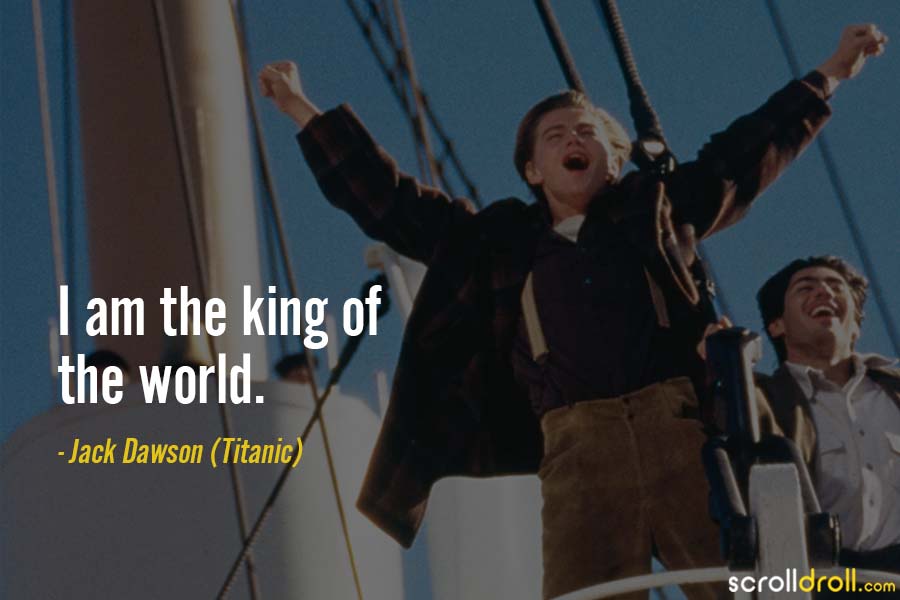 The best for the last, ain’t that right? So, these were some of the best dialogues of Leonardo Di Caprio, everybody’s favourite actor. Which of these dialogues do you like the best? Let us know in the comments section.

20 Best Places to Visit in India in January