One of the most successful artists of this century, Marshall Bruce Mathers III or Eminem is known for his numerous hits that have taken the global music charts by storm. Eminem’s journey from anonymity to fame has been an inspirational one. Born in a modest family and bullied as a child, Eminem has worked hard and come a long way to become one of the best selling music artists of all time.

Eminem quotes and the lyrics of several of his songs have given hope and inspiration to millions across the globe. His music has been motivating people to pursue their dreams and be their best.

We bring you the best Eminem quotes that inspire us to never back down. 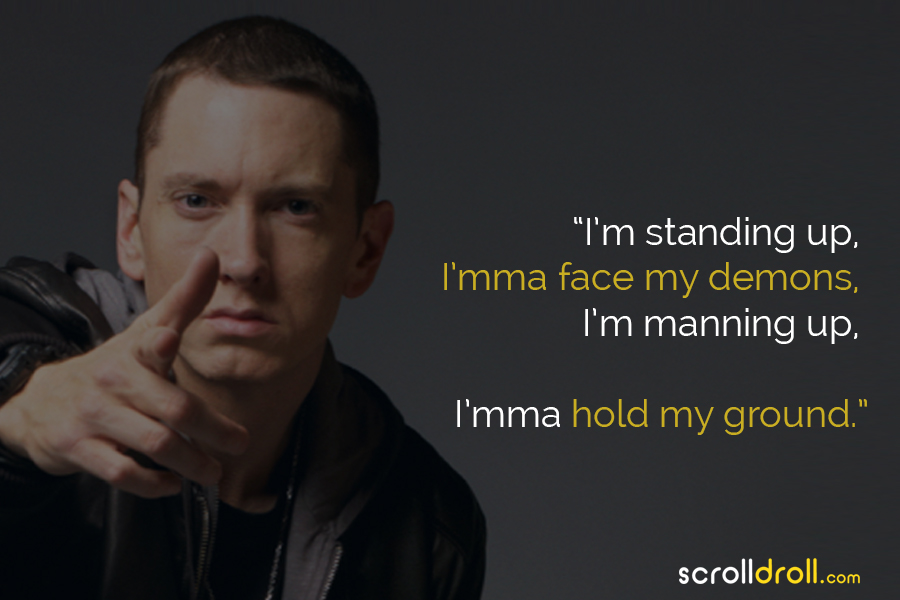 2. “You’ve got enemies? Good, that means you actually stood up for something.” 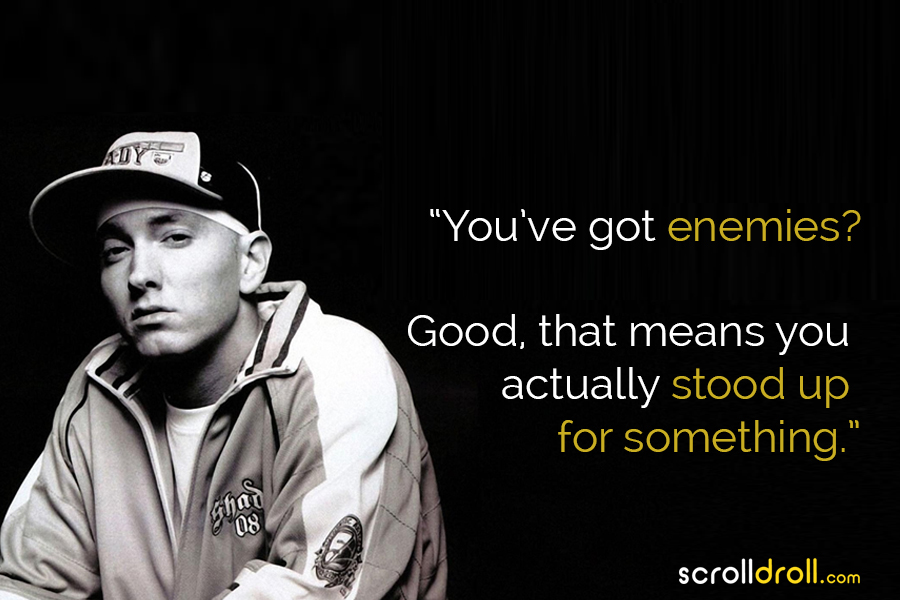 3. “I try to treat all the money I’m making like it’s the last time I’m going to make it.” 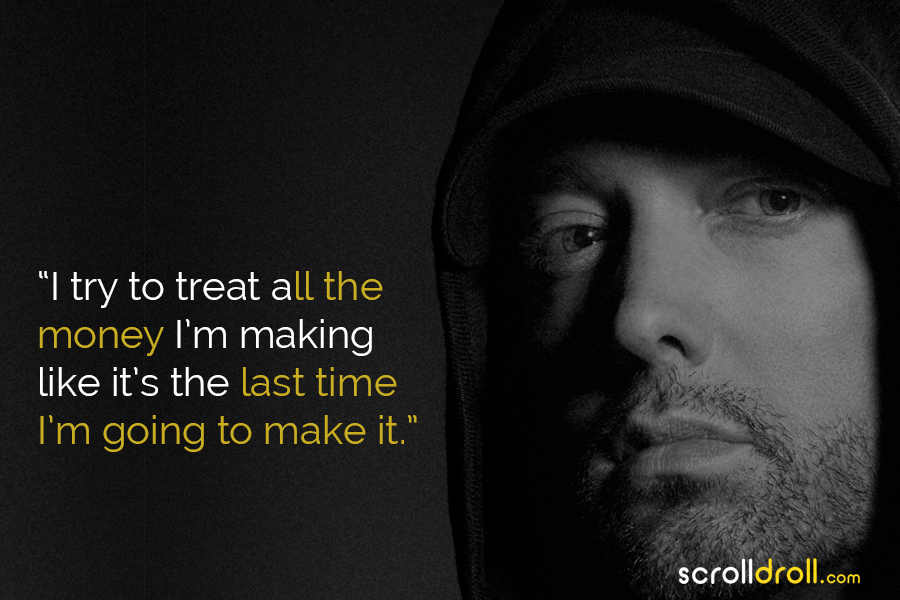 4. “The emotions in a song – the anger, aggression – have got to be legitimate.” 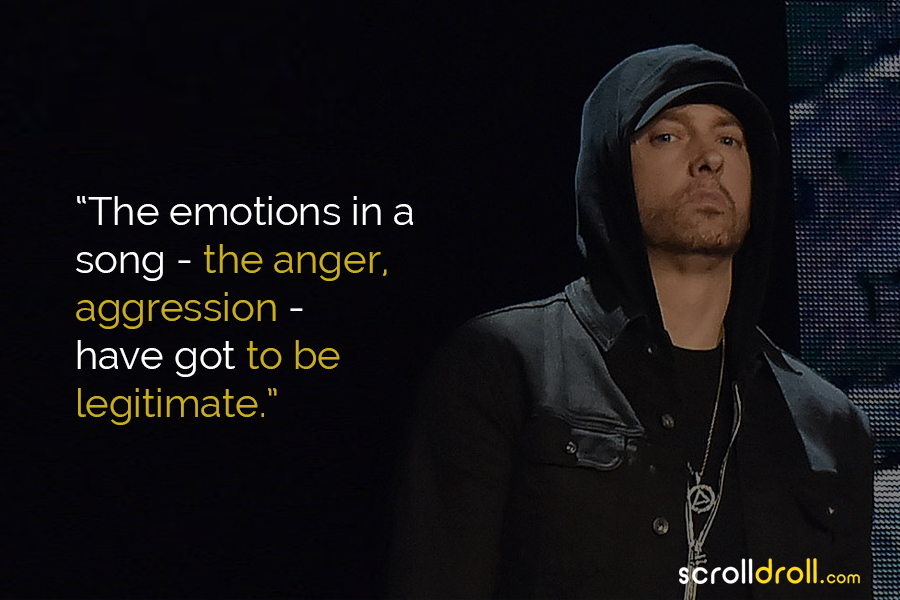 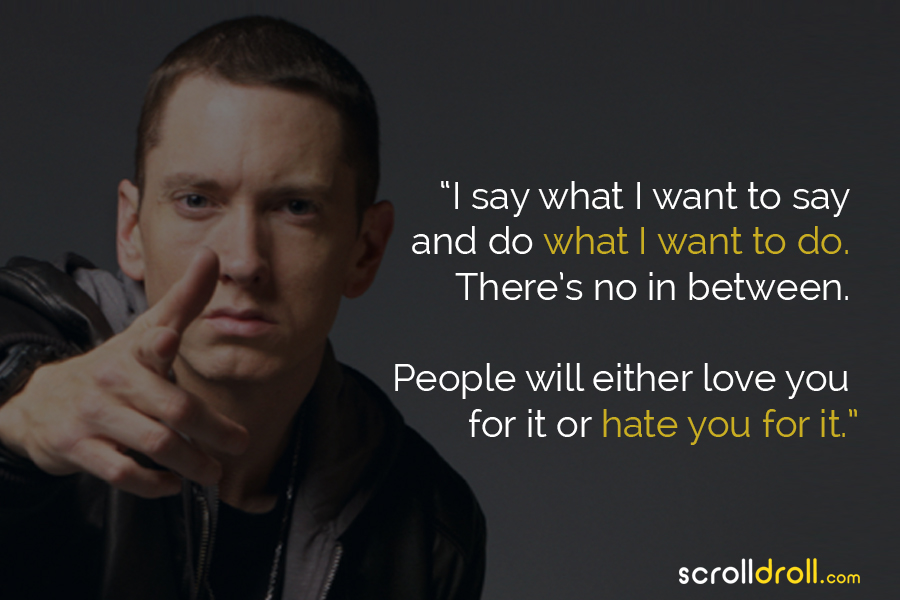 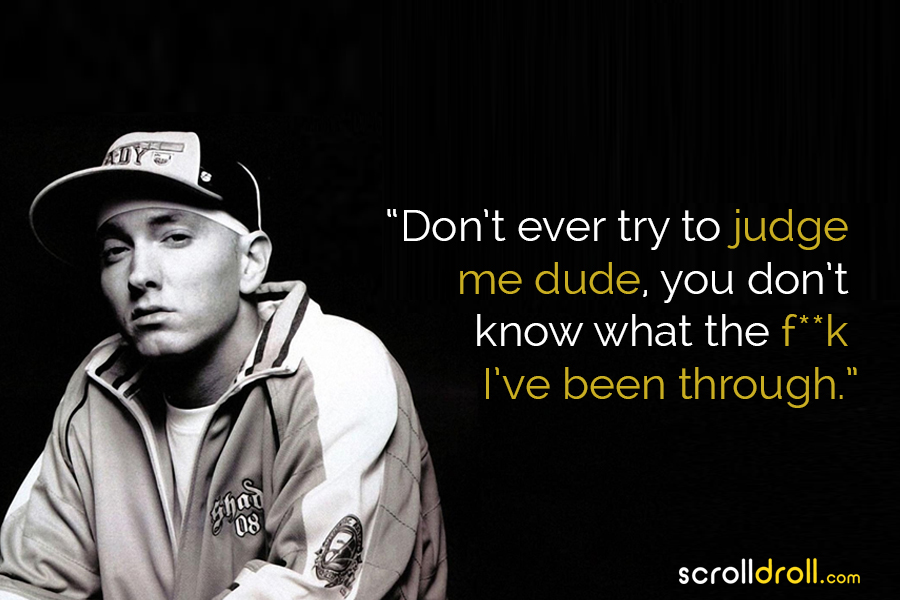 7. “Behind every successful person lies a pack of haters.” 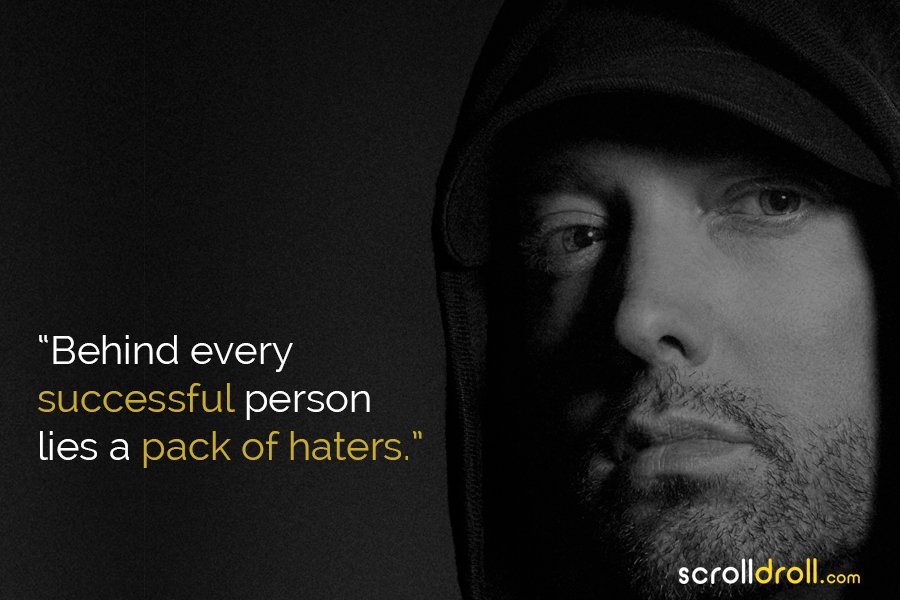 8. “There is no mountain I can’t climb. There’s no tower too high. No plane that I can’t learn how to fly.” 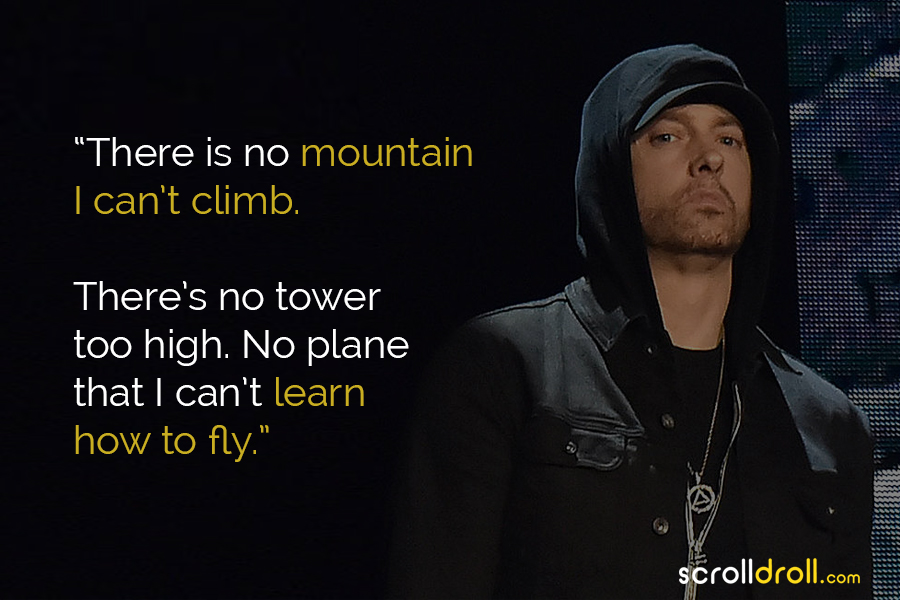 9. “Everybody has goals, aspirations or whatever, and everybody has been at a point in their life where nobody believed in them.” 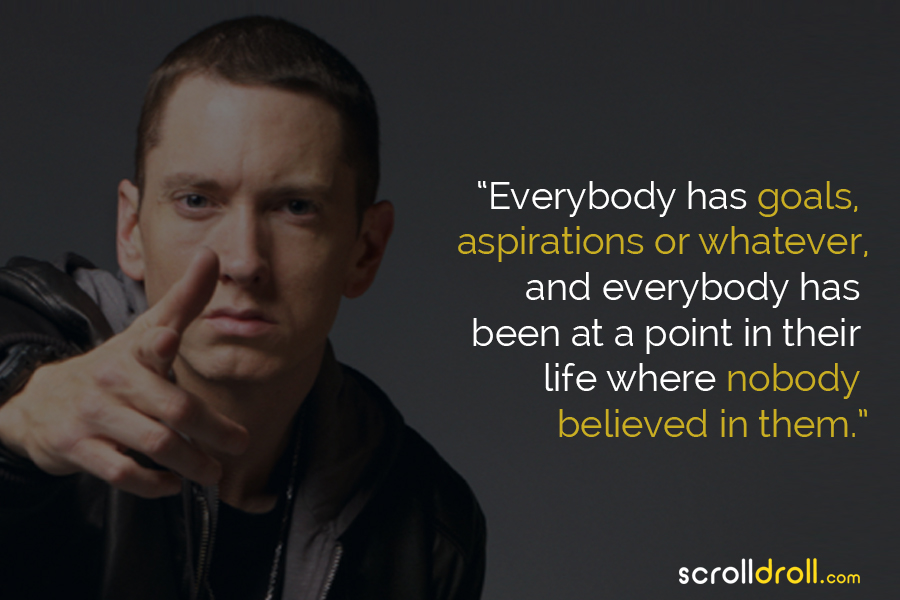 10. “You can make something of your life. It just depends on your drive.” 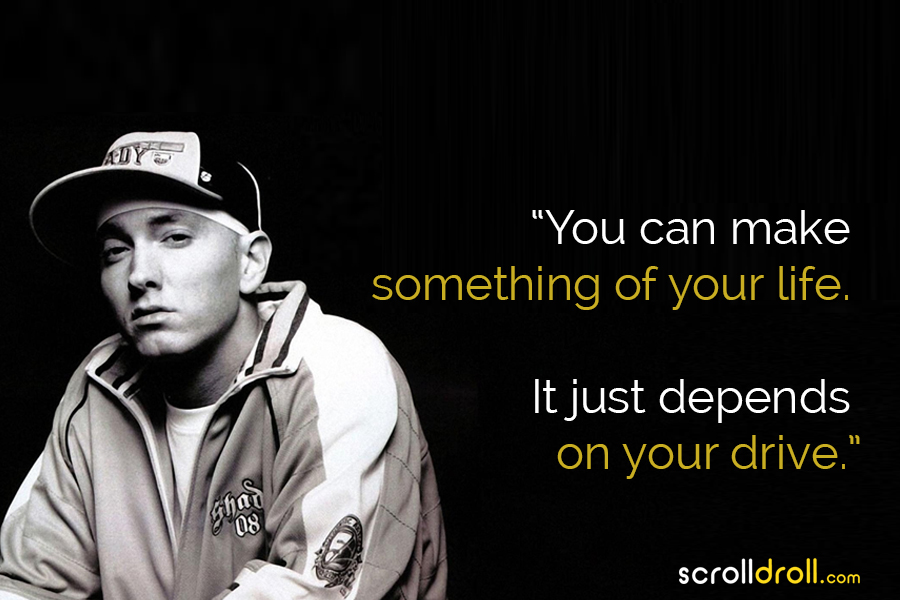 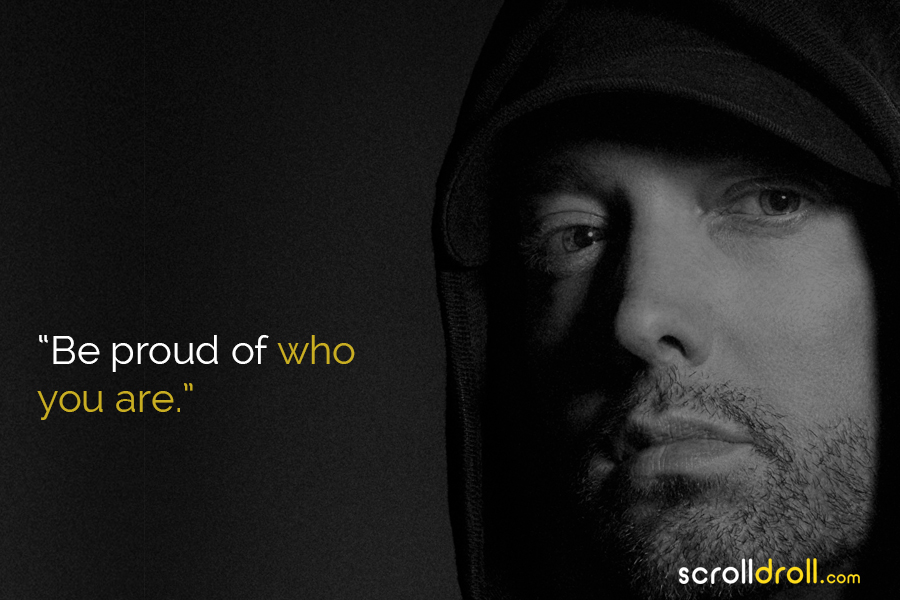 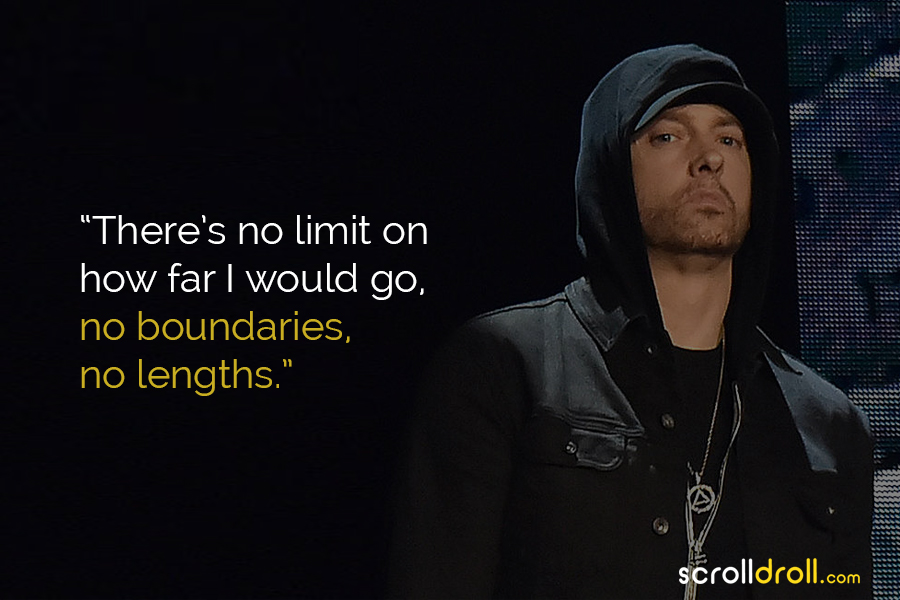 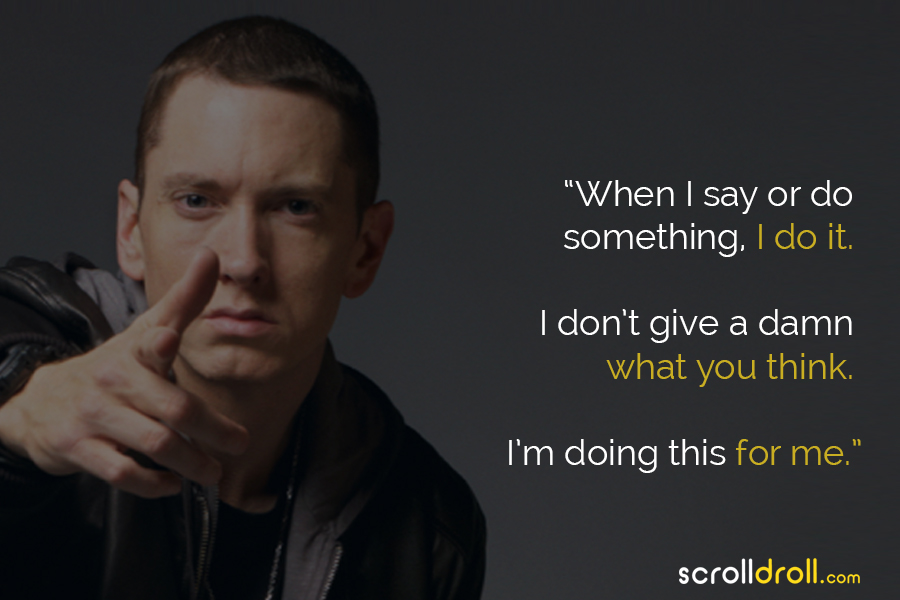 14. “You don’t get another chance, life is no Nintendo game.” 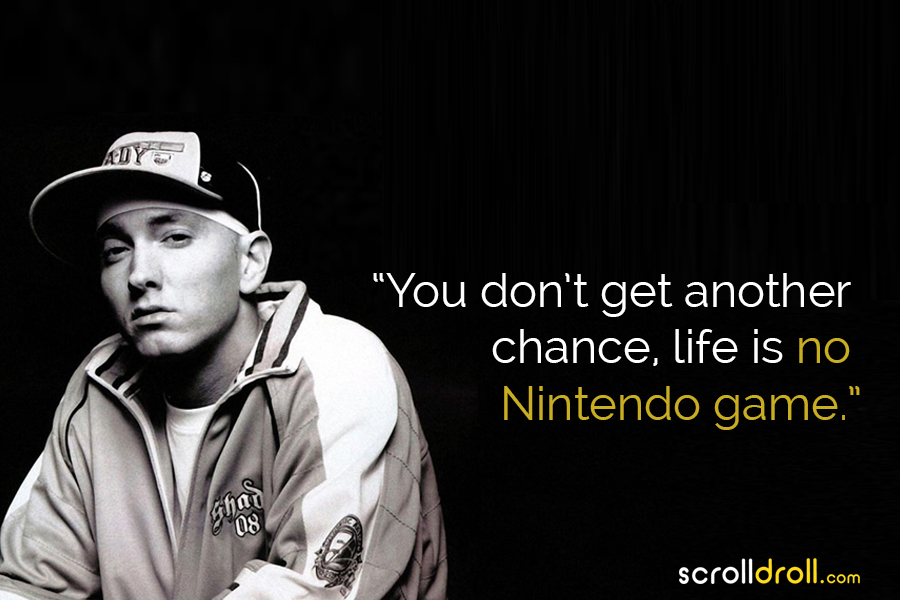 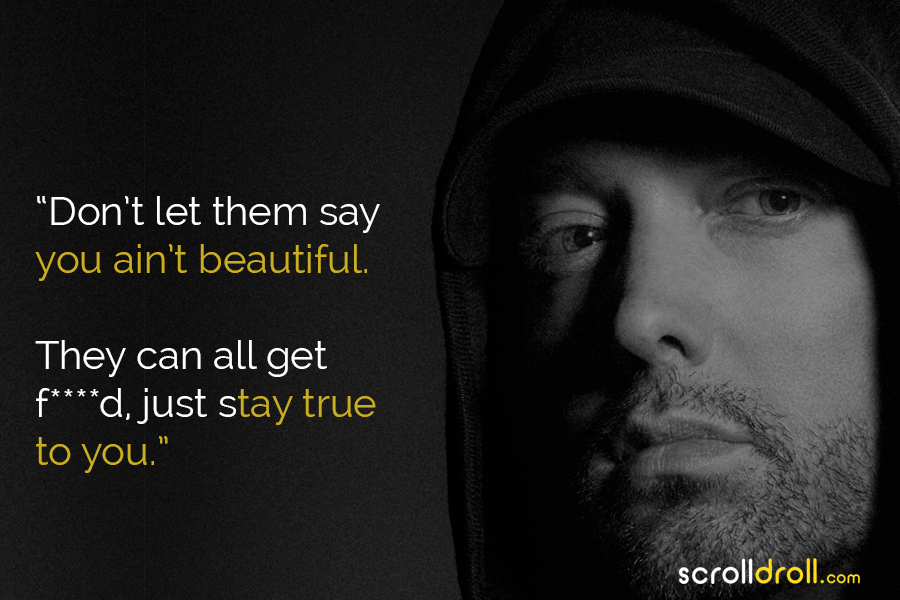 16. “I didn’t have nothin’ going for me…school, home… until I found something I loved, which was music, and that changed everything.” 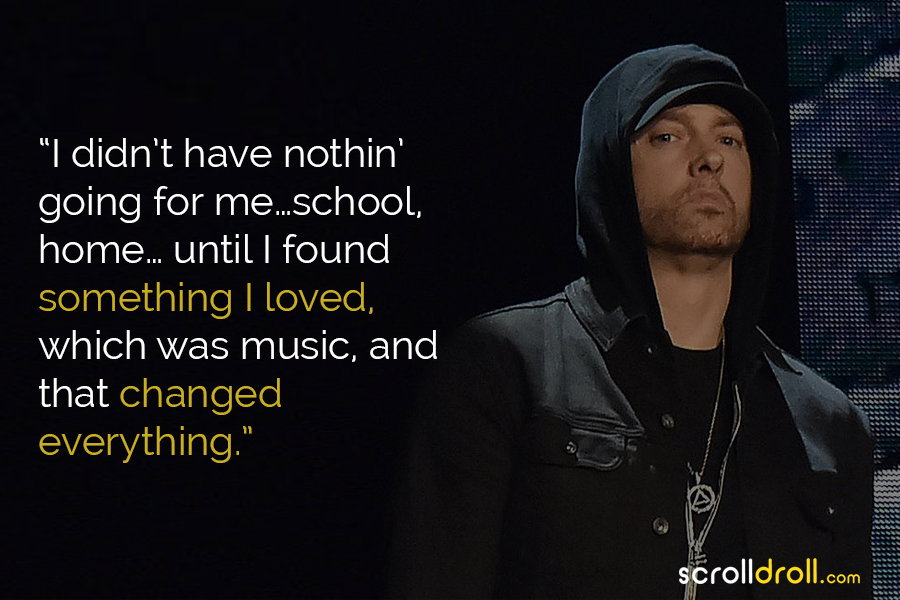 17. “The truth is you don’t know what is going to happen tomorrow. Life is a crazy ride, and nothing is guaranteed.” 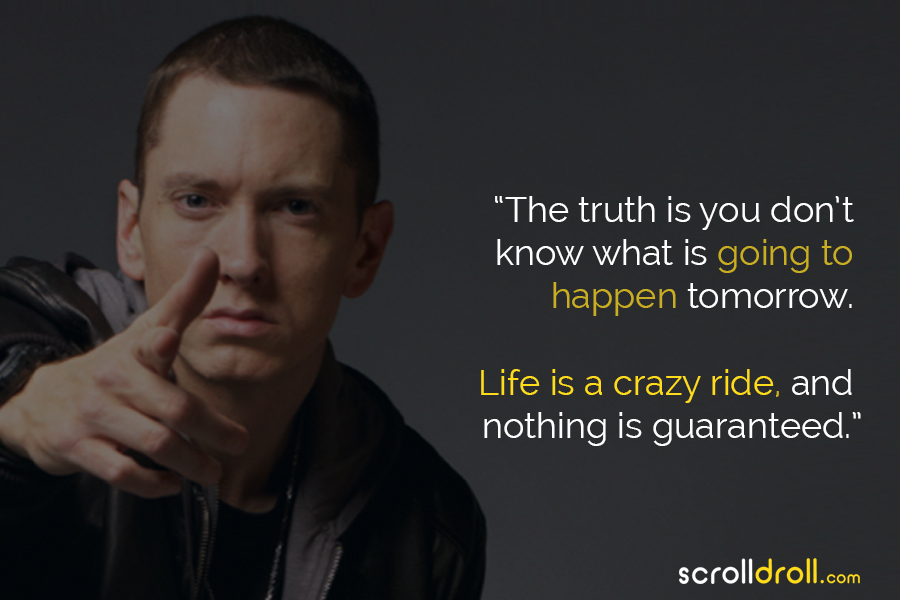 18. Look, if you had one shot, or one opportunity to seize everything you ever wanted in one moment. Would you capture it or just let it slip?” 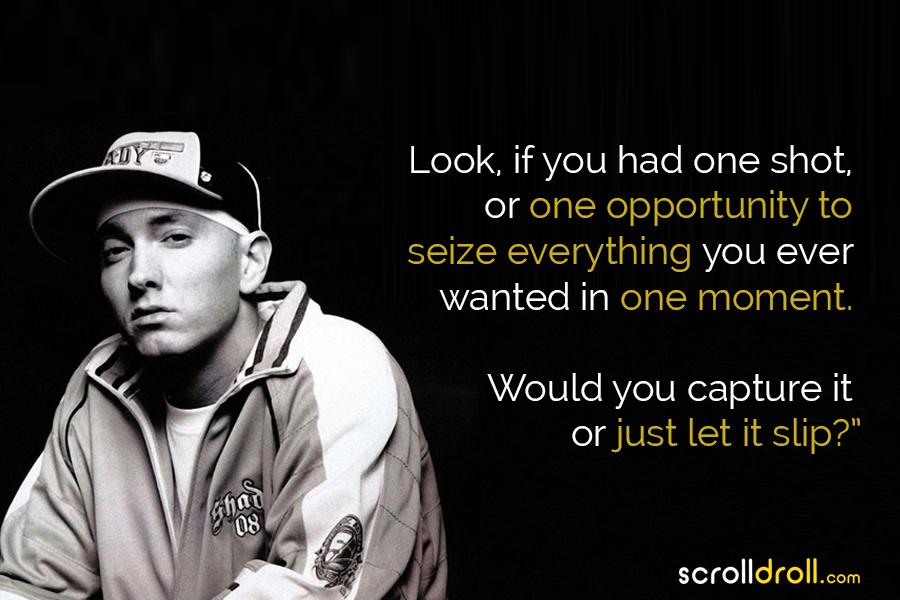 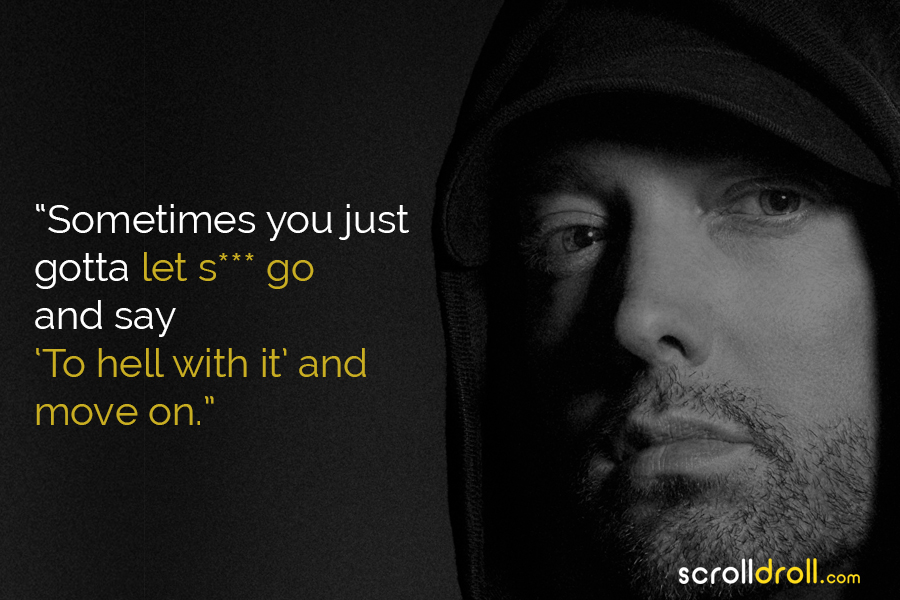 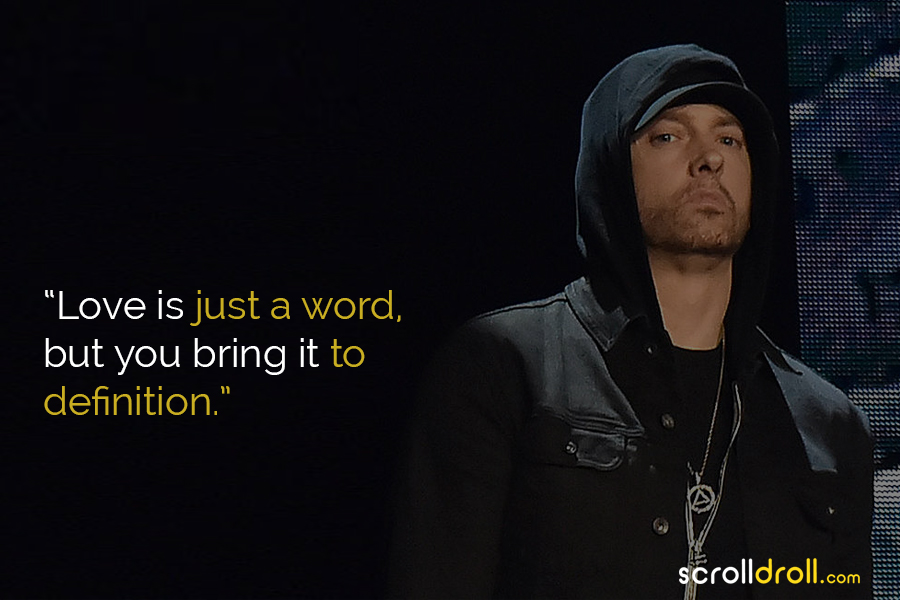 Hope these Eminem quotes were truly inspiring. Did we miss any of your favorite quotes from Eminem? Do let us know in the comments below.