Korean dramas, which are known for their intriguing plots and powerful (though sometimes predictable) plot twists, may quickly shift from highly sweet to incredibly devastating to “WTF, what was that?” Variety is precisely what keeps viewers returning for more. The demand for them has only been increasing over the last few years. However, do you have trouble following them in Korean? Don’t worry, this is a list of the best English dubbed Korean Dramas on Netflix just for you!

1. Hometown Cha Cha Cha
The love narrative Hometown Cha-Cha-Cha is set in the beach community of Gongjin. Yoon Hye Jin, a dentist, is a beautiful and intelligent woman. She appears to have a perfect life, but her plans are unravelling owing to a sliver of righteousness in her heart. After overcoming numerous obstacles, she travels to Gongjin, a seaside town, where she meets Hong Doo Shik. She develops an interest in him. Locals refer to Hong Doo Shik as “Chief Hong.” He is unemployed on paper, yet he is a jack of all trades and a master of odd jobs. Chief Hong assists everyone in Gongjin in dealing with any crisis that arises. 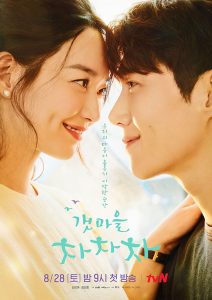 2. Squid Game
Hundreds of cash-strapped gamers agree to compete in children’s games after receiving an unusual offer. Inside, a tempting treasure with lethal high stakes awaits. A survival game with a prize pool of 45.6 billion dollars. 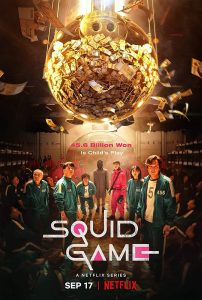 3. All Of Us Are Dead
A high school is turned into the epicentre of a zombie virus outbreak. Students that are trapped must fight their way out or risk becoming one of the rabid afflicted. 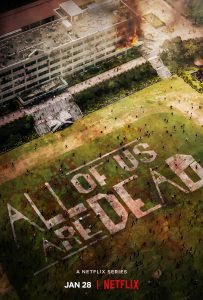 4. Our Beloved Summer
Two warring ex-lovers are drawn back in front of the camera — and into each other’s lives — years after producing a popular documentary in high school. Choi Woong appears to be a naive and free-spirited individual, yet he desires something for the first time in his life. As a result, he reveals what is on his mind. Kook Yeon Soo aspired to be the best student in her class, but she is now an adult who lives passionately and adapts to her surroundings. 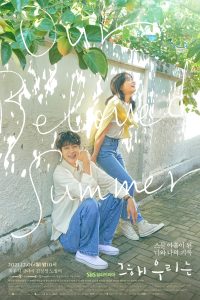 5. Vincenzo
Park Joo Hyeong was adopted at the age of eight and sent to Italy. He is now an adult and works for the Mafia as a consigliere under the name Vincenzo Cassano. He flees to South Korea, where he becomes associated with lawyer Hong Cha Young, since mafia groups are at odds. She’s the kind of lawyer who will go to any length to win a case. Now that he’s returned to his homeland, he serves up a dose of justice to an unparalleled company. 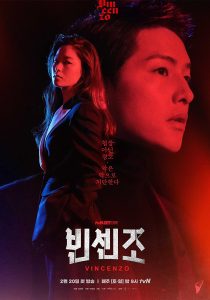 6. Nevertheless
Park Jae-Eon (Song Kang) is an art student at a university. He appears to be kind to everyone and is usually upbeat. He is, however, completely uninterested in others and refuses to be in a romantic relationship. He unexpectedly falls in love with Yoo Na-Bi (Han So-Hee) and undergoes a transformation. Yoo Na-Bi is a fellow art student at Park Jae-institution. Eon’s She had previously broken up with her first boyfriend because of his unfaithfulness. After that, I resolved to be unaffected by love. She then meets Park Jae-Eon, with whom she develops feelings. 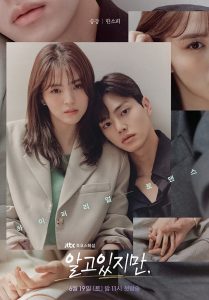 7. Love Alarm
Kim Jo-Jo (Kim So-Hyun) is a senior in high school. She is both attractive and intelligent. She appears to be a happy person, but her parents died when she was a child. Kim Jo-Jo has been living with her aunt’s family since the loss of her parents. Kim Jo-Jo finds it difficult to live there. She does not install the Joalarm app. Hwang Sun-Oh, on the other hand, is a popular male student at the same high school as Kim Jo-Jo. He is the son of an affluent family, but his parents do not love him. Lee Hye-Young, his best friend, also attends the same high school. Hwang Sun-Oh notices that Lee Hye-Young, his best buddy, likes Kim Jo-Jo. Hwang Sun-Oh kisses her to find out if his friend genuinely likes her. 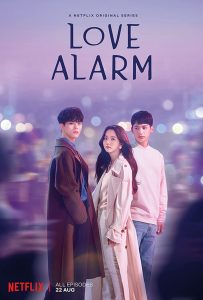 8. Hospital Playlist
At the hospital, a location regarded as the microcosm of life, where someone is born and someone’s life ends, there are stories of people going through seemingly ordinary but actually extraordinary days. The five doctors have been friends for 20 years, having started their undergraduate studies at the same medical school in 1999 and are now colleagues in the same hospital, as well as members of the same band. 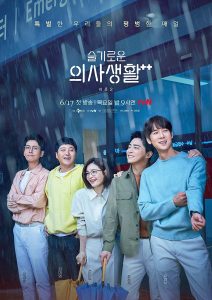 9. My Name
A lady joins an organised crime ring and infiltrates the police as an undercover agent in order to learn the truth about her father’s death. The thrill of watching this show makes it worthy of its presence in our list of the best English dubbed Korean dramas on Netflix. 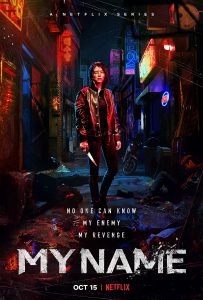 10. The Silent Sea
Set in the future, when desertification has resulted in a dearth of water and food on the world. Yoon Jae works for the space agency as a soldier. He gets chosen to travel to the moon with a group that includes Ji An. A scientist volunteers for a mission to recover mysterious materials from an abandoned lunar space station where everyone, including her sister, was murdered in an accident. 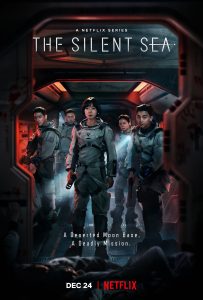 11. The King’s Affection
The narrative takes place during the Joseon Dynasty, when the twins were thought to be a bad omen. As a result, when the Crown Princess Consort has twins, the daughter is ordered to be killed. She is discreetly sent out of the castle to save her.Da Mi, the twin daughter, returns to the palace a few years later to serve as a maid. When Lee Hwi, the male twin, dies as a result of mistaken identity, their mother, having recognised her daughter as court maid Da Mi, convinces her to take Lee Hwi’s place. 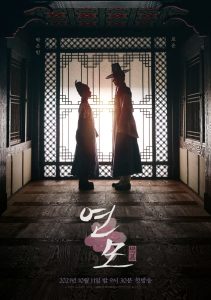 12. Sisyphus
An incomprehensible occurrence exposes a brilliant engineer to the world’s most hazardous secrets, as well as a woman from the future who has come to find him.

13. So Not Worth It
Inside a vibrant college dormitory in Seoul, where students from all over the world live, new friends, new loves, and new experiences collide. Se Wan is a teaching assistant in charge of the dorm management. Jamie is a new American student in the dorm. Sam grew up in Australia as the son of the president of a global tteokbokki food chain. Minnie is a Thai student who gets her fancies from watching Korean dramas. Hyun Min is a stateless Korean student who is unable to live in the dorm and must commute to school for five hours each day. 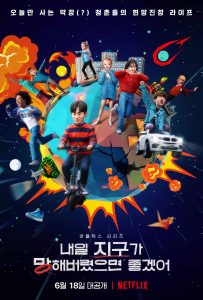 14. My Holo Love
Go Nan Do is the founder and CEO of an IT research firm. He founded the corporation as a brilliant innovator, and he was responsible for all of the projects. His stepsister and the official CEO are the only individuals who are aware of his existence. He was a hacker in a high-profile case ten years ago, and he is said to have died while being followed. 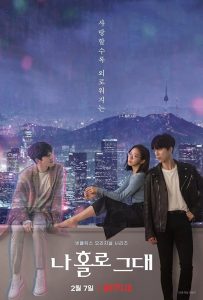 15. Extracurricular
“Extracurricular” is about four high school kids who begin committing crimes in order to make money and the unanticipated hazards they confront as a result of their actions. Ji Soo, played by Kim Dong Hee, transforms from a model student to a felon after performing an inconceivable act. Min Hee, a school bully who becomes caught up in Ji Soo’s crime, is played by Jung Da Bin. Ji Soo’s violent accomplice in crime Gyu Ri will be played by Park Joo Hyun, while Min Hee’s boyfriend and the school’s most popular guy Ki Tae will be played by Nam Yoon Soo. 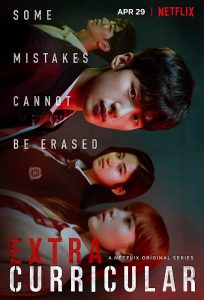 This was our list of the best English dubbed Korean dramas on Netflix. Do you think we missed out on something? Let us know in the comments below.