Spanning eight seasons and 73 episodes, Game Of Thrones was a epic saga of love, revenge, ambition, glory and quest for the Iron Throne by the noble families of Westeros. Adding to the action and gripping storyline, is the cinematic extravaganza of GoT with powerful performances and strong characters. From bloody wars and wrath of the dragons to the most unexpected twist of fates, Game of Thrones has created a base of enthusiastic and ardent followers.

While all of us would have managed to binge watch the entire series, some of the episodes of this series were truly awe-inspiring.

Here is a list of the best Game of Thrones episodes as per their IMDB ratings by viewers.

The battle between Jon and Sansa with Ramsay Bolton on the fields of Winterfell and the unexpected end to the brutal war is the highest rated and best Game Of Thrones episode on IMDB. 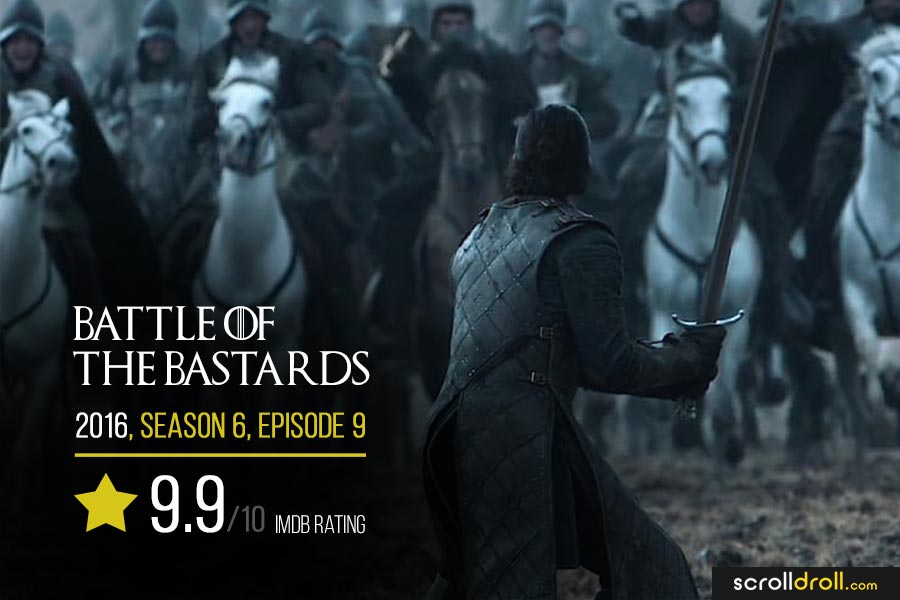 Highly acclaimed by critics, the encounter of Jon Snow with the whitewalkers is one of the most popular episodes of the show. 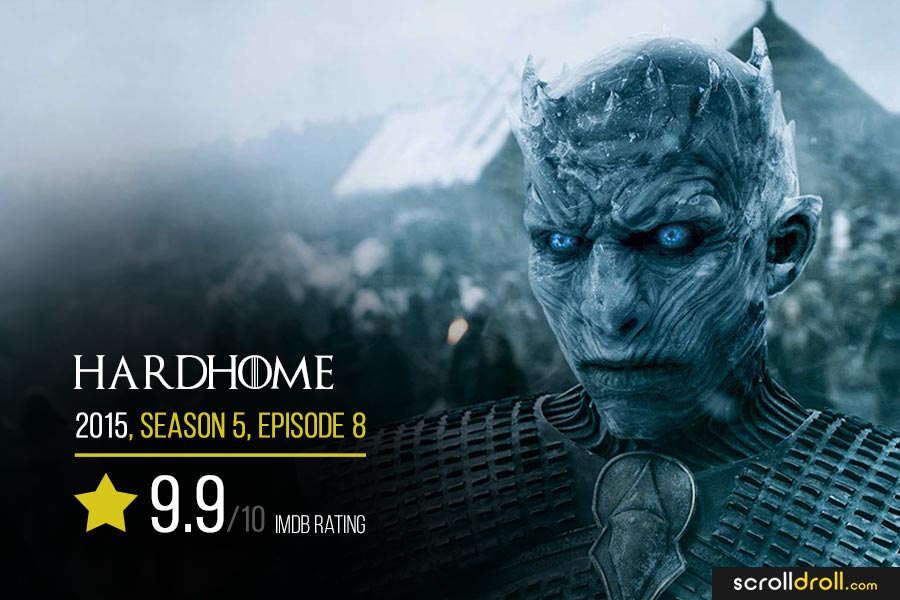 An episode that left the viewers shocked with unexpected and brutal murders, this episode change the power equation in the Seven Kingdoms and is hailed to be one of the best. 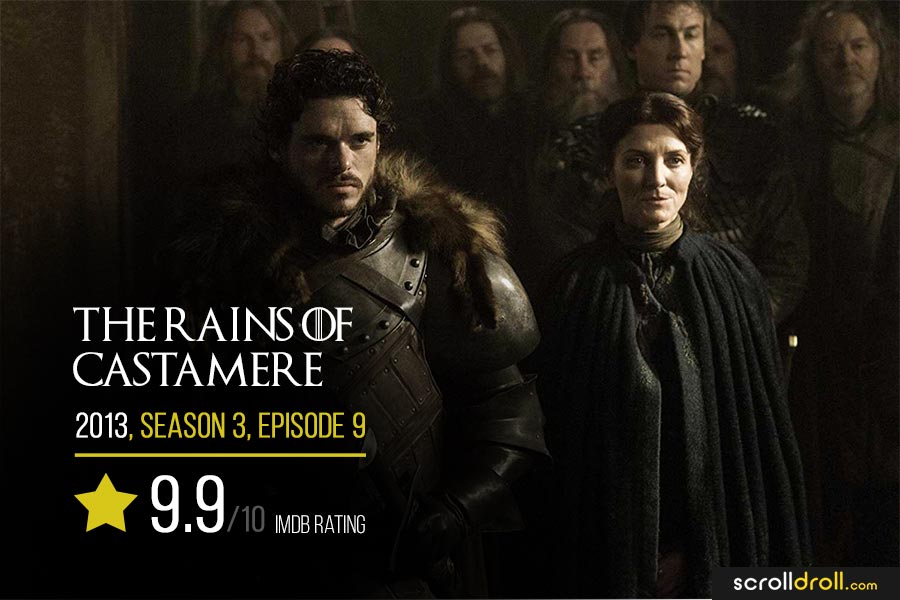 Exactly one season after Cersei’s most humiliating moment in the show – the Walk of Atonement, the tables turn with Cersei being crowned Queen of the Seven Kingdoms. Definitely, an episode that left people awe-struck. 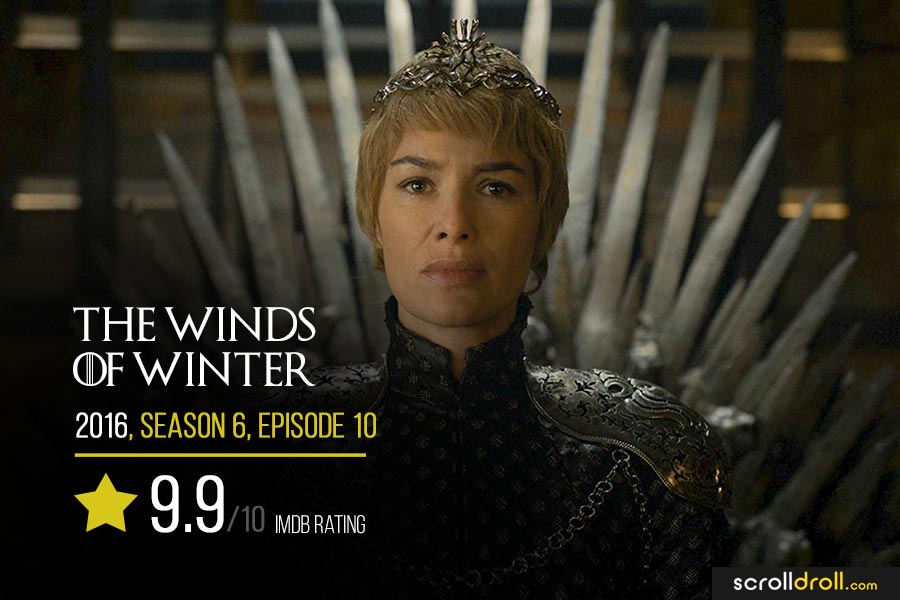 The first war with the full fledged use of Dragons and the heroics of Jamie Lannister and Bronn, this episode was a treat to watch 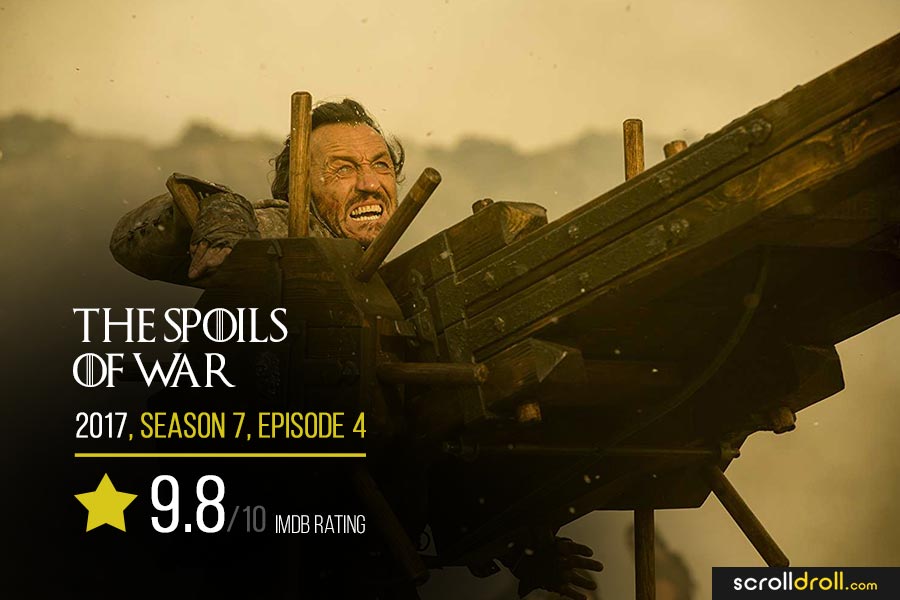 Early on in the series, the battle of Blackwater between Stannis Baratheon’s forces and the Lannister army commanded by Tyrion gave a glimpse of what was to come later on in the series. 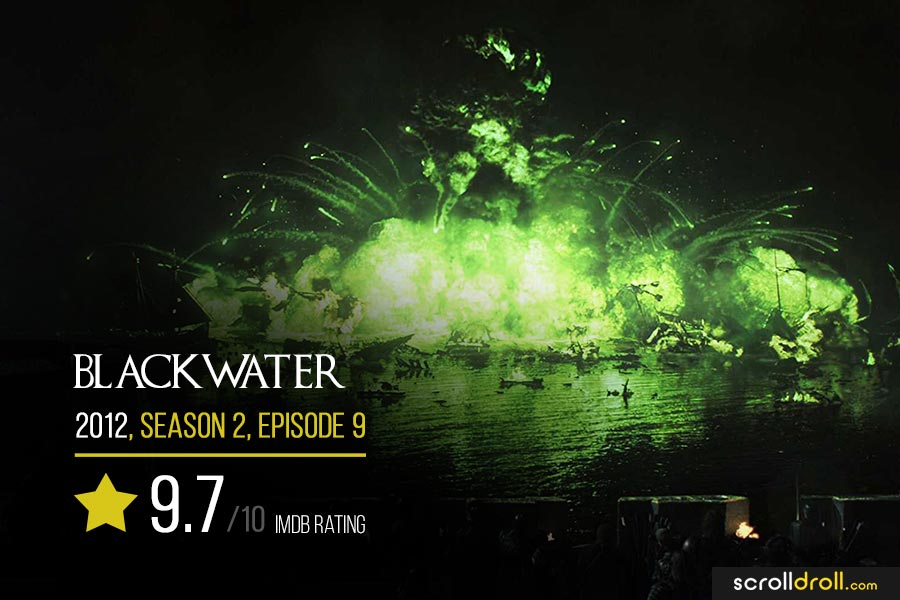 Tyrion’s powerful monologues and trial ending with his demand for a ‘Trial with Combat’ made Peter Dinklage one of the favorites of audiences. 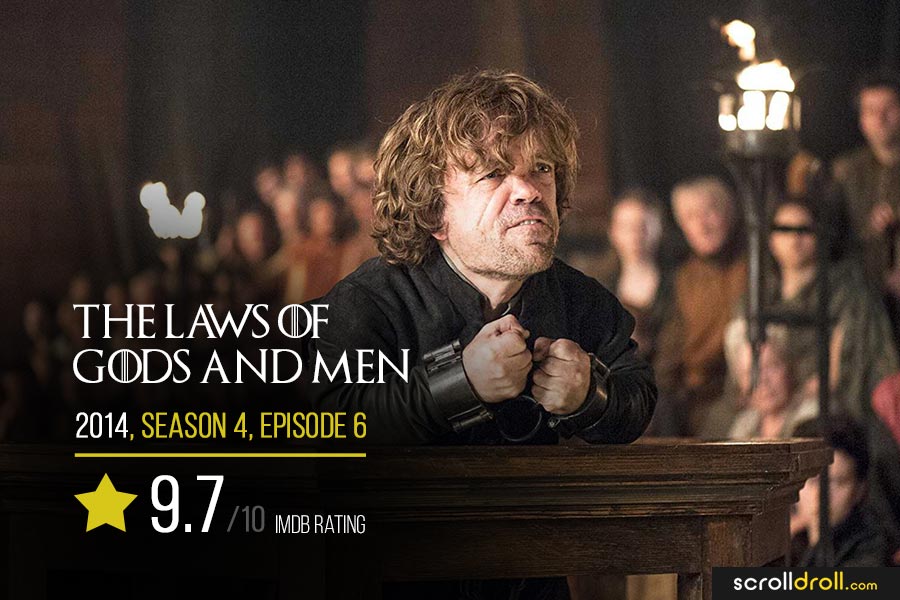 Bran’s encounter with the three-eyes raven, the escape from the night king and the sacrifice of Hodor made this Game of Thrones episode an amazing one. 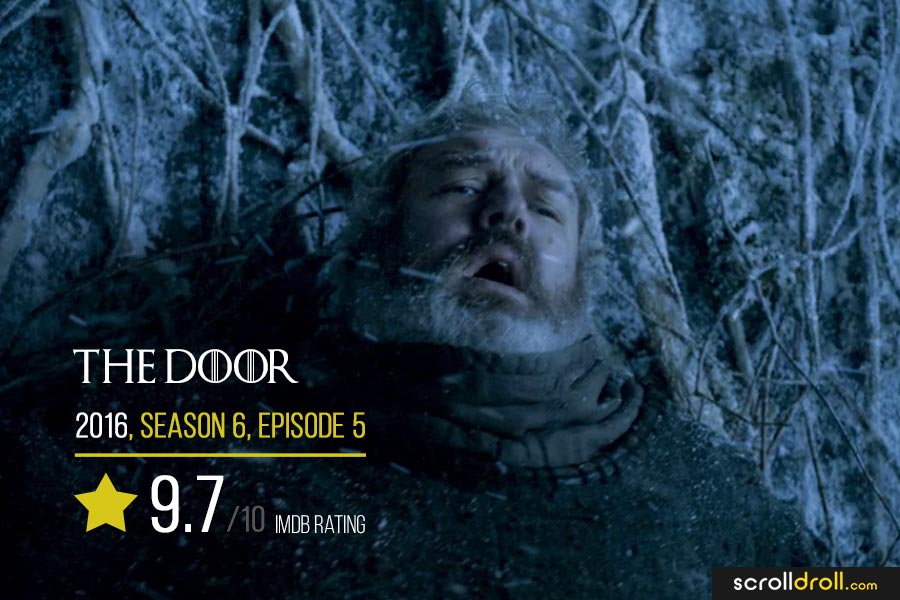 The last episode of Season 4, The Children (2014) was another episode that changed the story and power equations of the show completely with Tyrion Lannister doing something none of us expected. 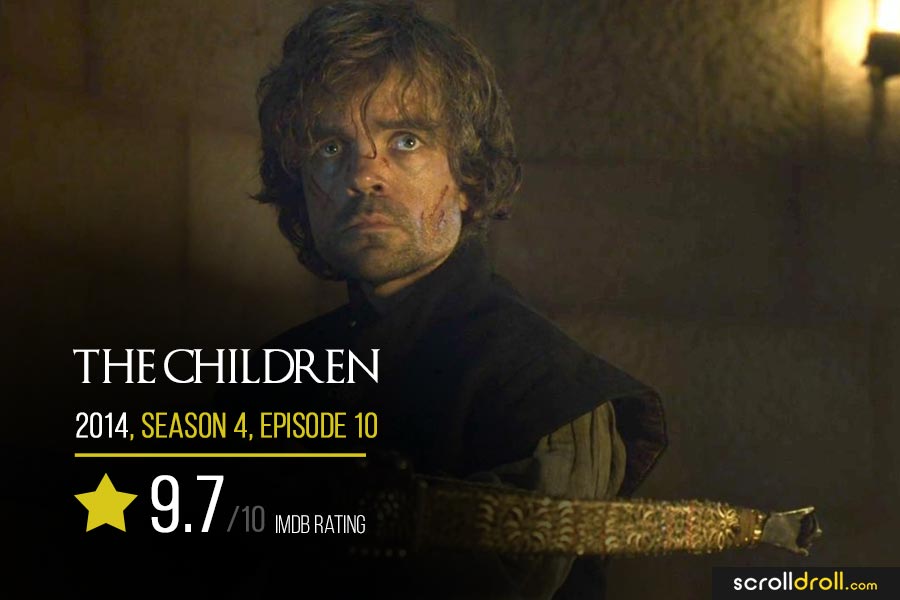 The episode that saw the moment all of us had been desperately waiting for – the end of the evil King Joffrey Baratheon had to be in the list of the best Game of Thrones episodes. 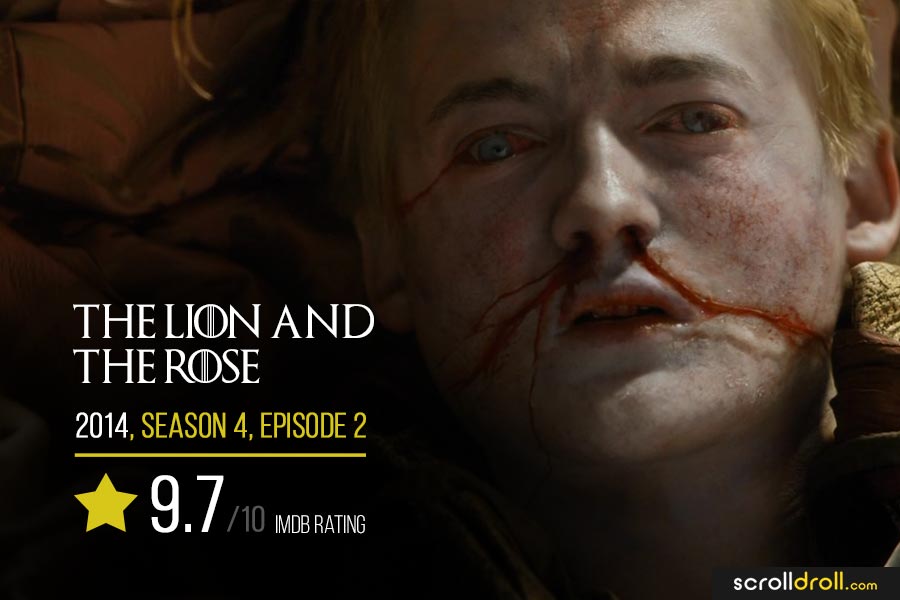 Which of these Game of the Thrones episode kept you at the edge of the seat? Do let us know in the comments below.

8 Most Beautiful Shayaris And Dialogues from Fitoor

#GonnaTellMyKids – What the Future Generations Might Never Get to See!