Comedies form an essential and indispensable part of cinema, no matter what industry it functions in. From just slapstick gags that are meant to draw out light chuckles from you to satirical pieces of work that do not let go of one opportunity to point out the societal flaws in conceited pinches, it is a diverse genre, encompassing a gazillion great movies. Netflix houses a wide range of comedy movies, drawing a multitude of viewers. Here are 15 of the best Hindi comedy movies available on Netflix, curated by us, for you:

One of the scions of the best Hindi comedy movies in general and available on Netflix, Delhi Belly is a dark comedy film directed by Abhinay Deo and written by Akshat Verma. Imran Khan, Kunaal Roy Kapur, Vir Das, Poorna Jagannathan, and Shenaz Treasurywala make up the cast of the film. In the movie, Tashi, Nitin, and Arup, three struggling roommates, misplace his valuable gems, they unwittingly become the target of a powerful mafia. 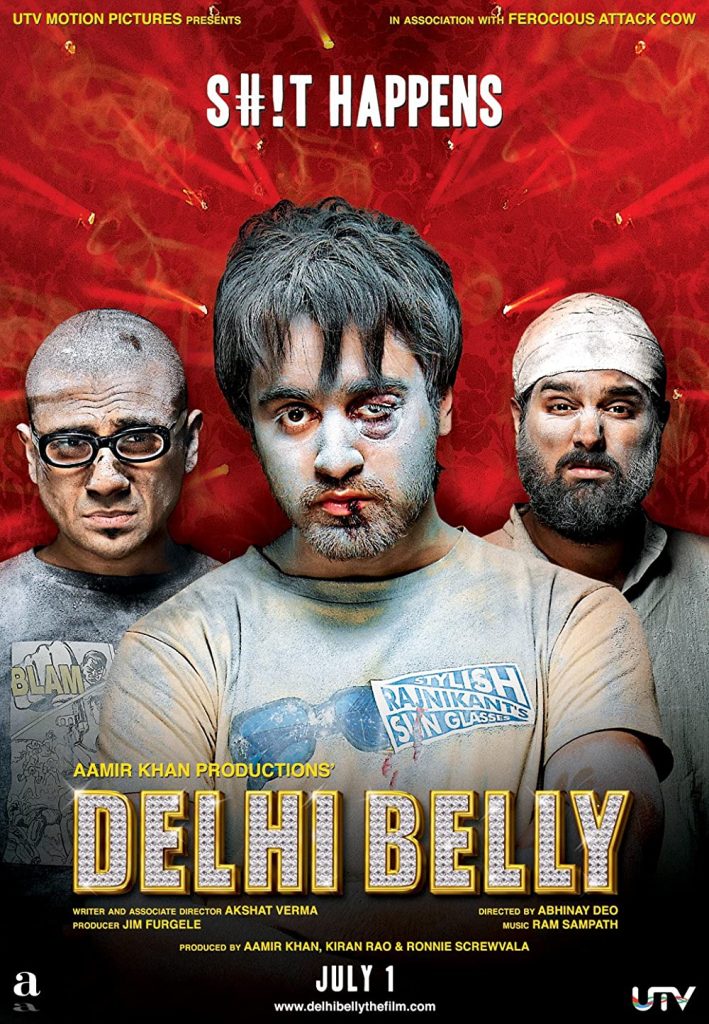 Bareilly Ki Barfi is a 2017 Hindi-language romantic comedy. Directed by Ashwiny Iyer Tiwari, it is adapted from the novel The Ingredients of Love by Nicolas Barreau. The key roles feature Kriti Sanon, Ayushmann Khurrana, and Rajkummar Rao. 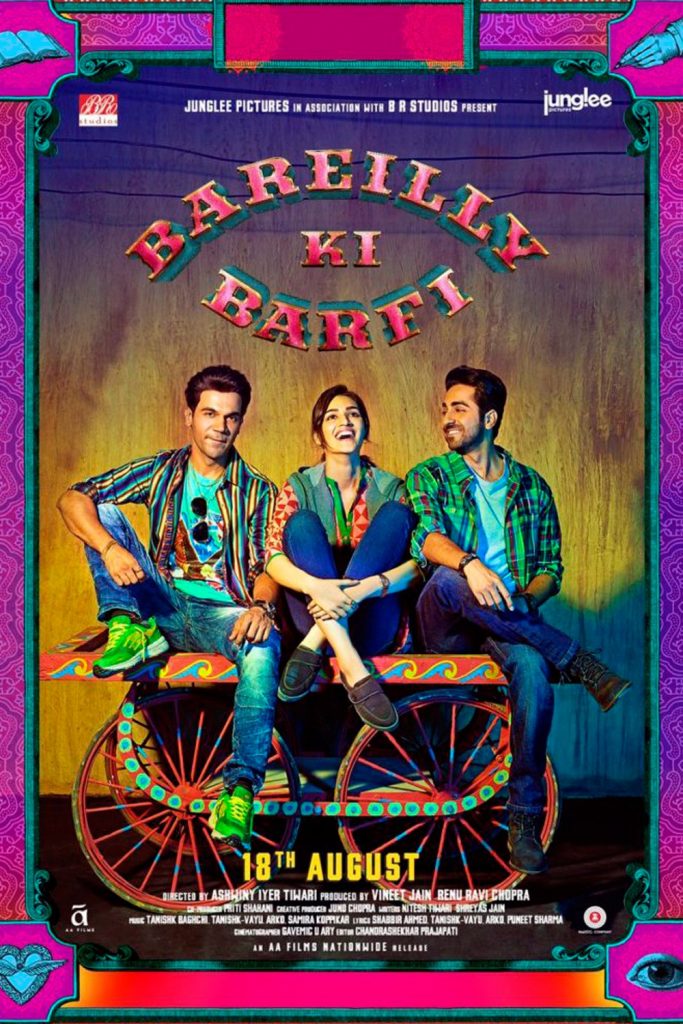 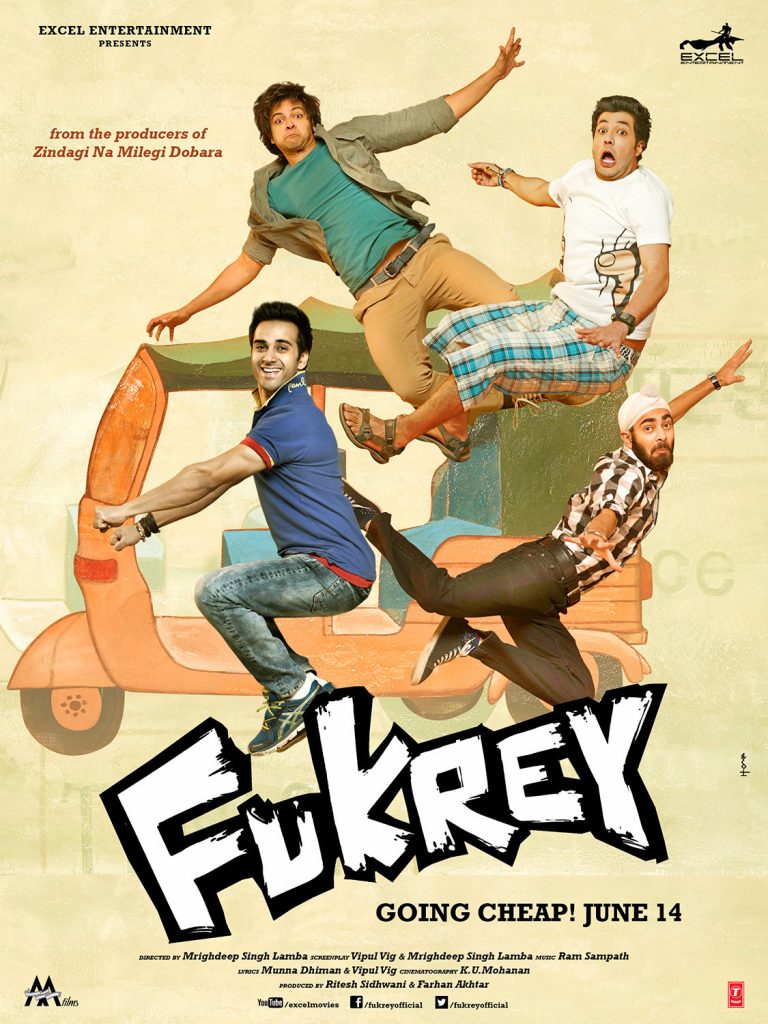 An unquestioned forerunner when enlisting the best Hindi comedies on Netflix, Oye Lucky! Lucky Oye! featuring Abhay Deol, Paresh Rawal, and Neetu Chandra, was released in 2008. Dibakar Banerjee directed the film. The film was named Best Popular Film at the National Film Awards. Devinder Singh alias Bunty, a real-life “super-chor” originally from Vikaspuri, Delhi, was the inspiration for the film. 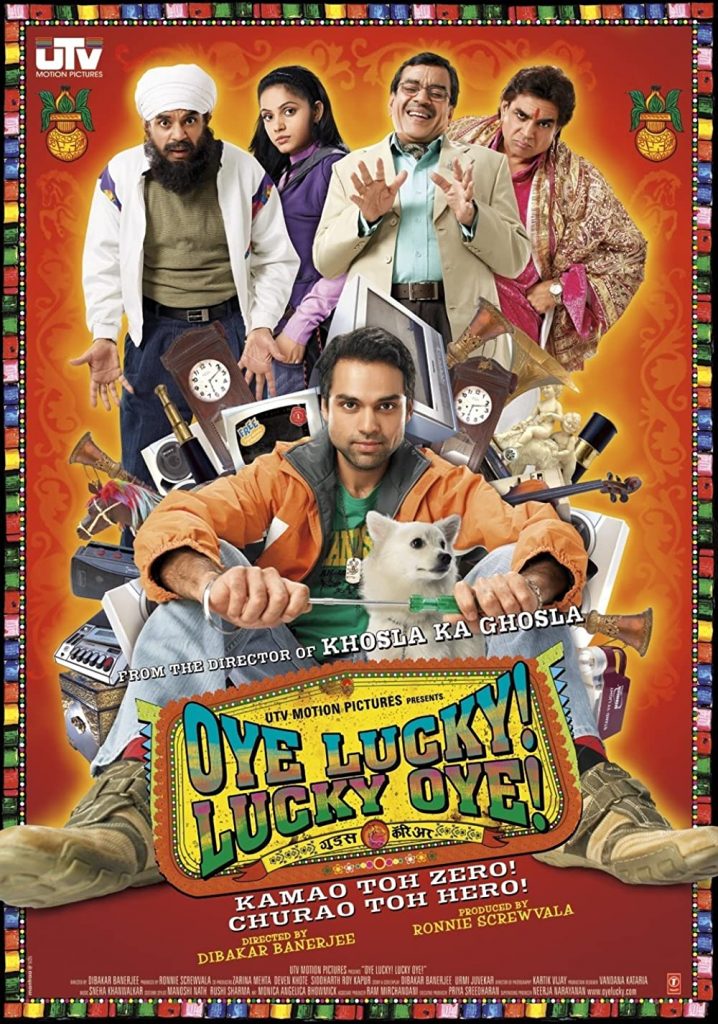 Dostana is a romantic comedy film directed by Tarun Mansukhani and produced by Karan Johar and Hiroo Yash Johar. Abhishek Bachchan, John Abraham, and Priyanka Chopra appear in the film, which also has Kirron Kher, Sushmita Mukherjee, and Boman Irani in supporting parts. Dostana is a film about two men who pretend to be gay in order to share an apartment with a girl, and finally fall in love with her. 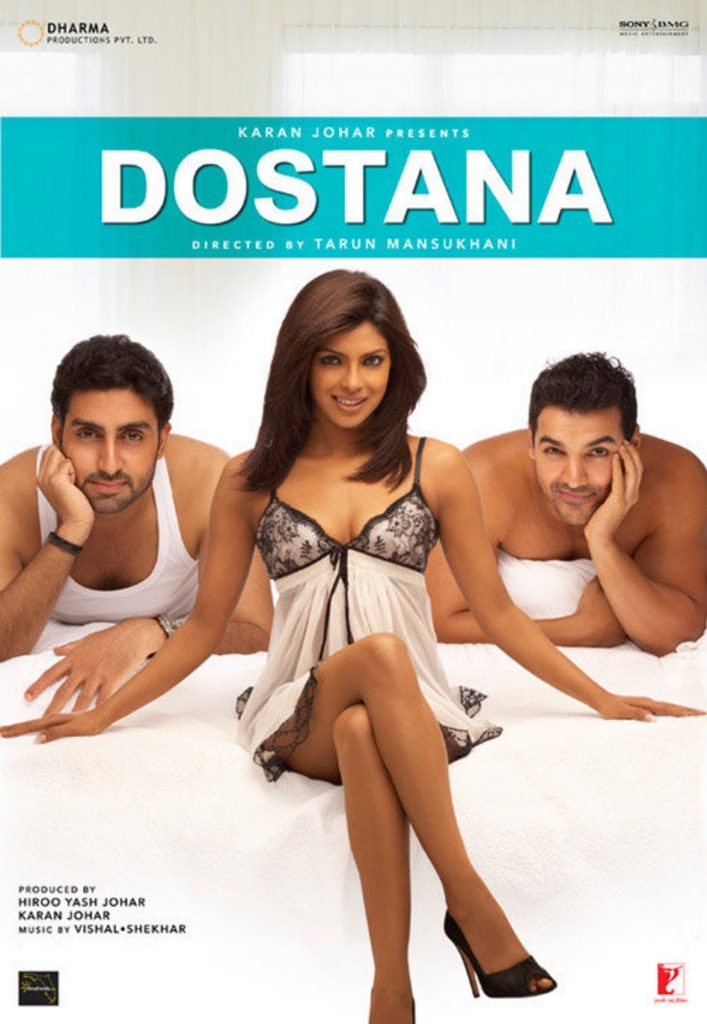 Badhaai Do is a 2022 Indian Hindi comedy-drama film directed by Harshavardhan Kulkarni and written by Suman Adhikary and Akshat Ghildial. The film is a sequel in spirit to Badhaai Ho, which was released in 2018. Rajkummar Rao and Bhumi Pednekar star as two people entwined in a lavender marriage. 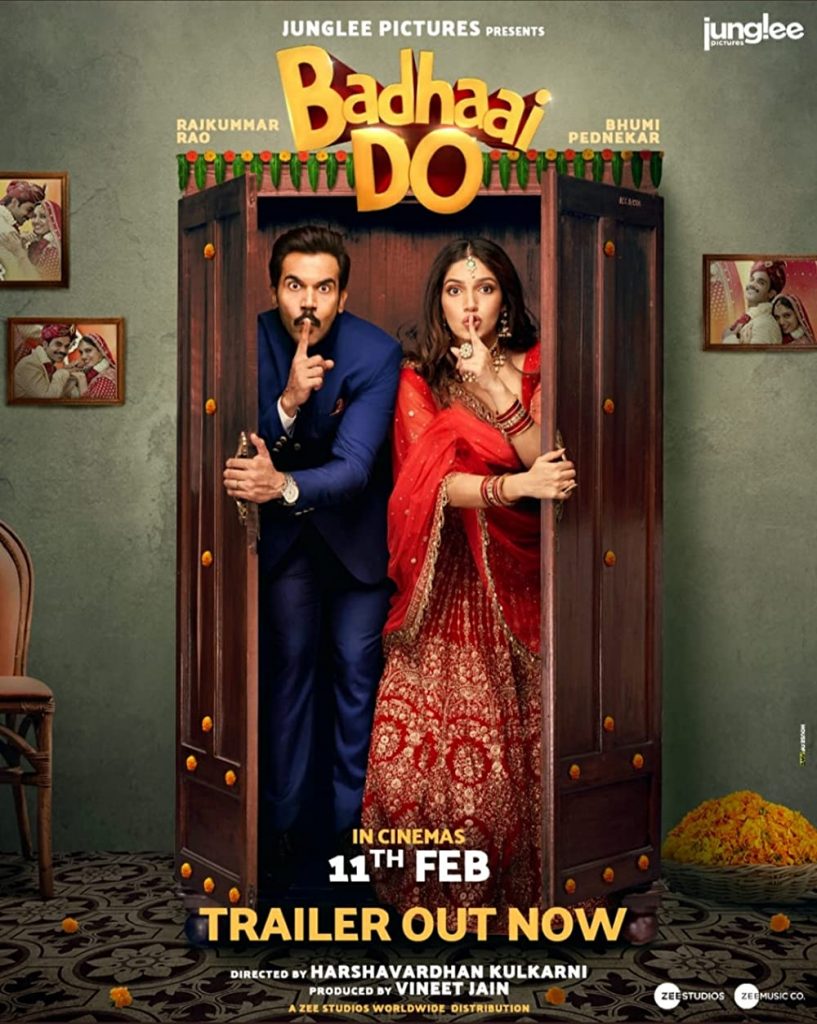 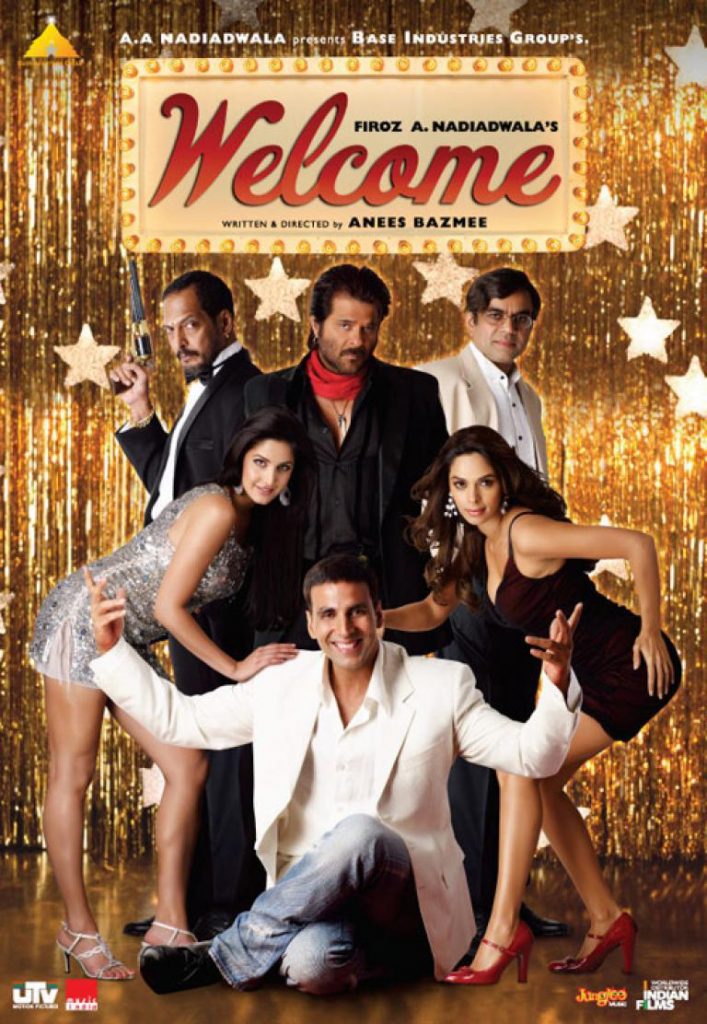 Sriram Raghavan co-wrote and directed Andhadhun, a 2018 Indian Hindi-language black comedy/crime thriller. Tabu, Ayushmann Khurrana, and Radhika Apte feature in the film, which depicts the narrative of a blind piano player who becomes unknowingly involved in a retired actor’s murder. It has been hailed as one of the best black comedy movies in Hindi, and is one of the very popular watches on Netflix India. 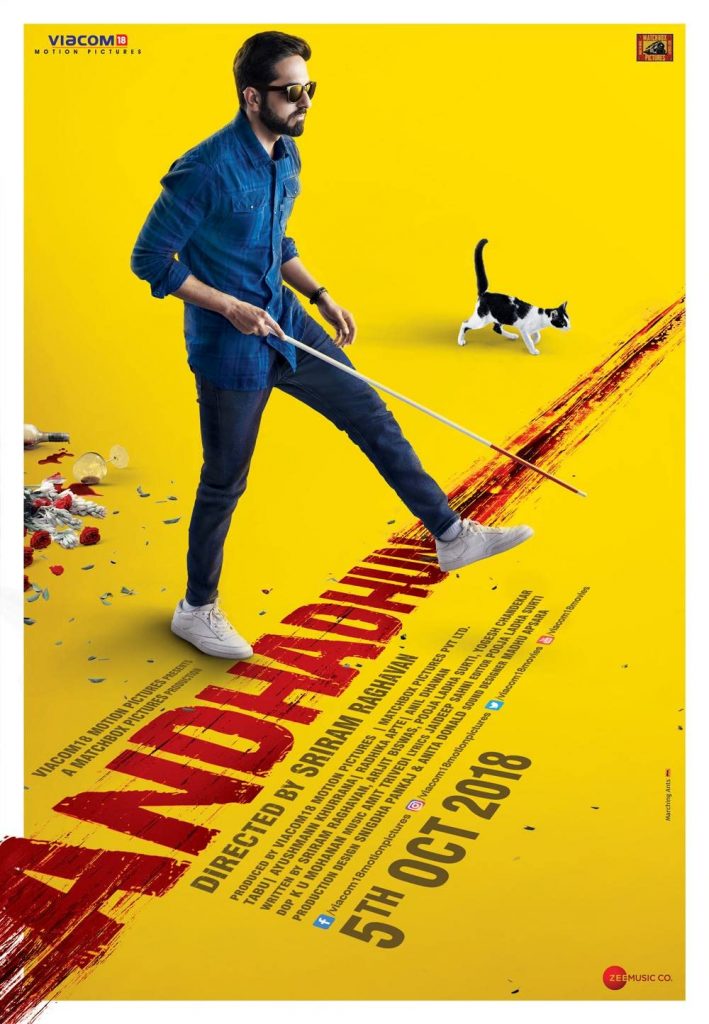 Priyadarshan directed Chup Chup Ke, a 2006 Indian Hindi-language comedy-drama film. The story of the film, originally titled Khatta Meetha, is adapted from the Malayalam film Punjabi House (1998).  Shahid Kapoor and Kareena Kapoor play the lead characters in the film, which is their third collaboration. 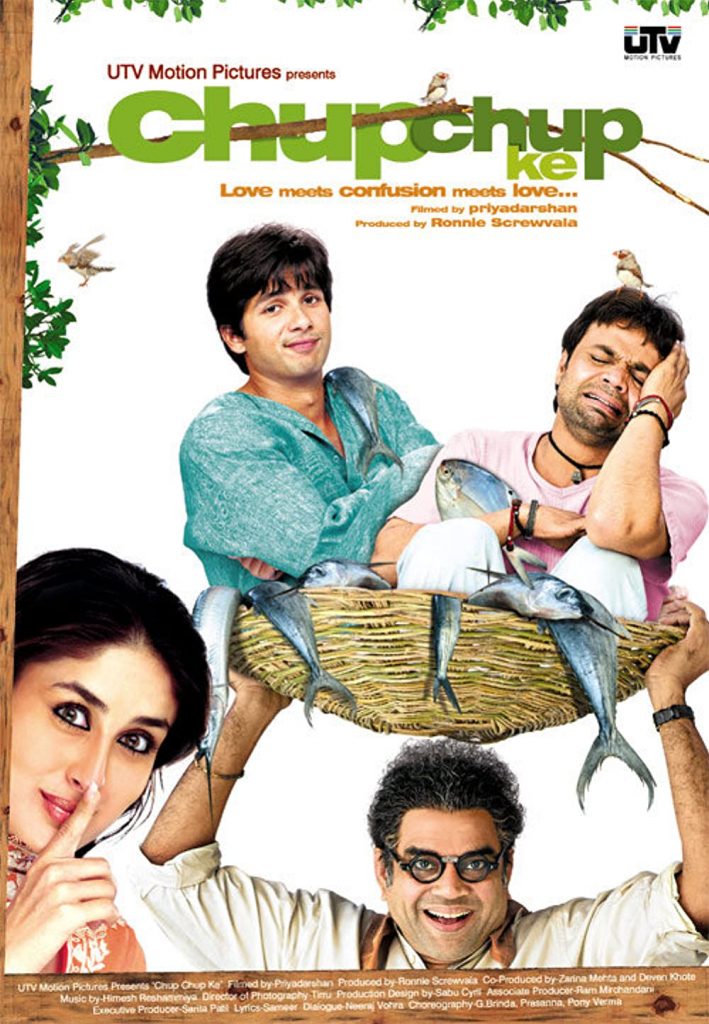 Luv Ranjan’s debut directorial Pyaar Ka Punchnama is a 2011 Indian Hindi romantic comedy film written and directed by him. Kartik Aaryan, Divyendu Sharma, Raayo S. Bakhirta, Nushrat Bharucha, Sonnalli Seygall, and Ishita Raj Sharma appear in the film, which tells the narrative of three working bachelors who meet and fall in love with girls, as well as the trials and tribulations of their new love stories. 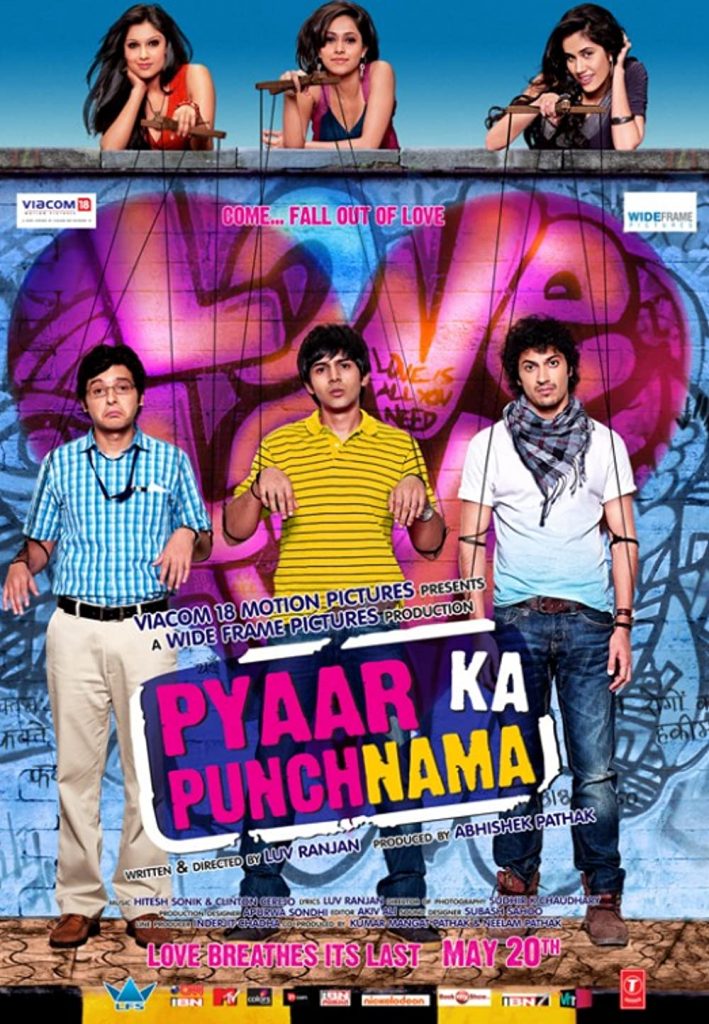 Inarguably a classic when it comes to the best Hindi comedy movies, Raj Kumar Hirani’s directorial debut, Munna Bhai M.B.B.S. is a Hindi comedy-drama movie produced by Vidhu Vinod Chopra that was released in 2003. It has a passing resemblance to the American biographical comedy Patch Adams from 1998. Sanjay Dutt, Arshad Warsi, and Gracy Singh feature in the key roles, with Boman Irani, Sunil Dutt, and Rohini Hattangadi providing support. 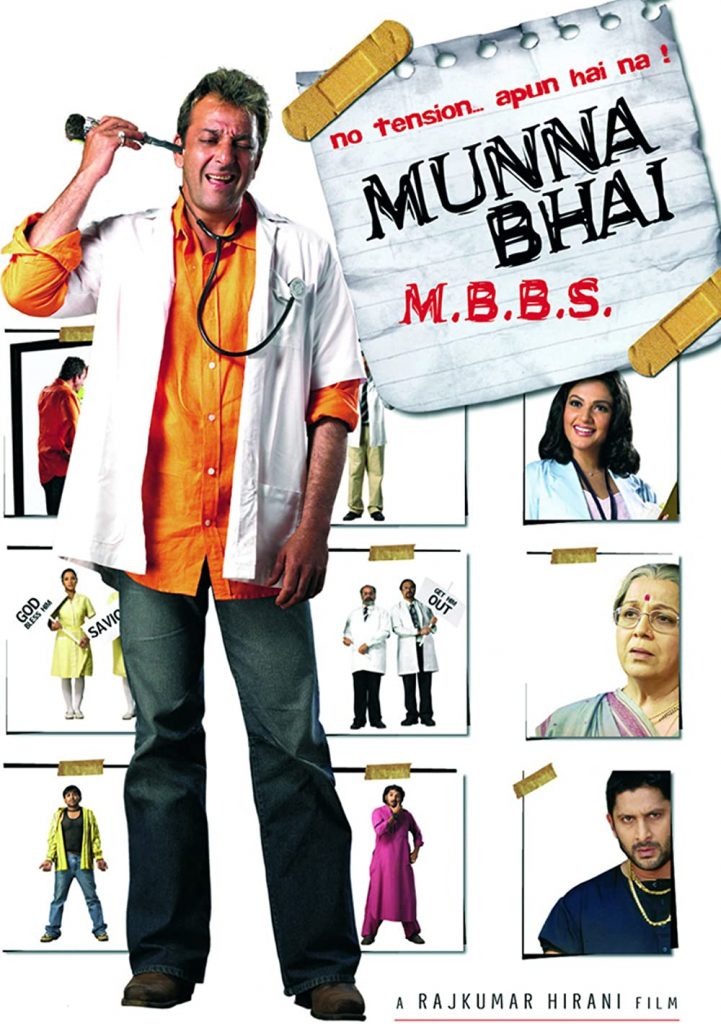 Neeraaj Vora co-wrote and directed Phir Hera Pheri, a 2006 Indian Hindi-language comedy film. It is a sequel to Hera Pheri, and it stars Akshay Kumar, Suniel Shetty, and Paresh Rawal, as well as Bipasha Basu, Rimi Sen, Johnny Lever, and Rajpal Yadav, who reprise their roles from the previous film. Lock, Stock, and Two Smoking Barrels serve as a source of inspiration for the movie. 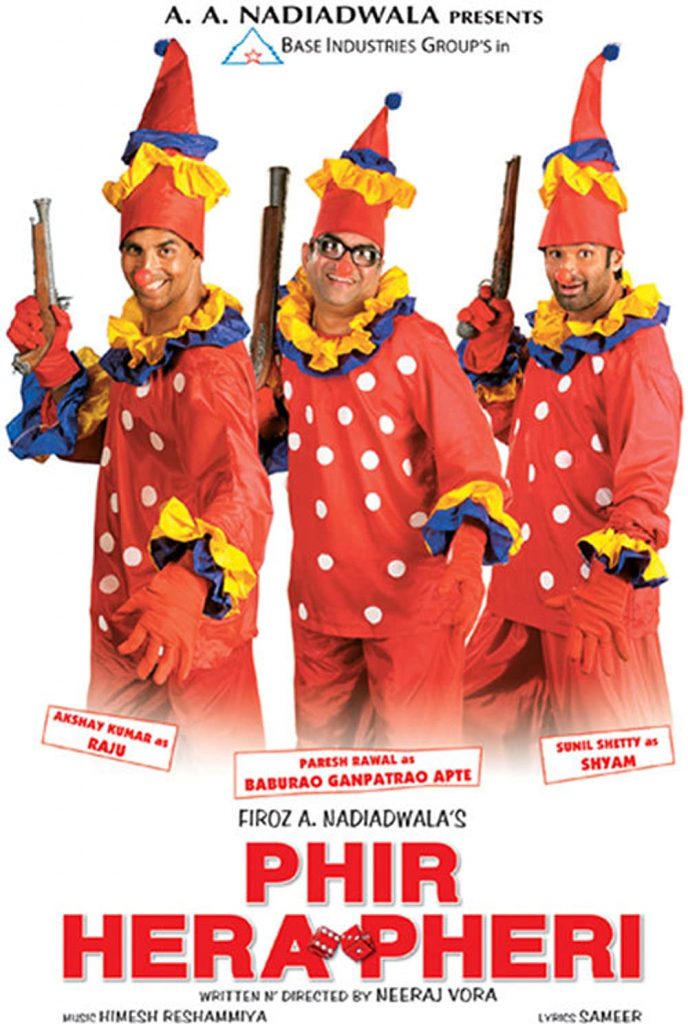 Chennai Express is a 2013 Indian Hindi-language action comedy film directed by Rohit Shetty. It is based on a narrative by K. Subash and features a screenplay by Yunus Sajawal and dialogues by Farhad-Sajid. The film stars Shah Rukh Khan as Rahul Mithaiwala, a guy who boards the namesake train by accident and travels from Mumbai to Rameswaram with Deepika Padukone, the daughter of a local don. Supporting roles are played by Nikitin Dheer and Sathyaraj. 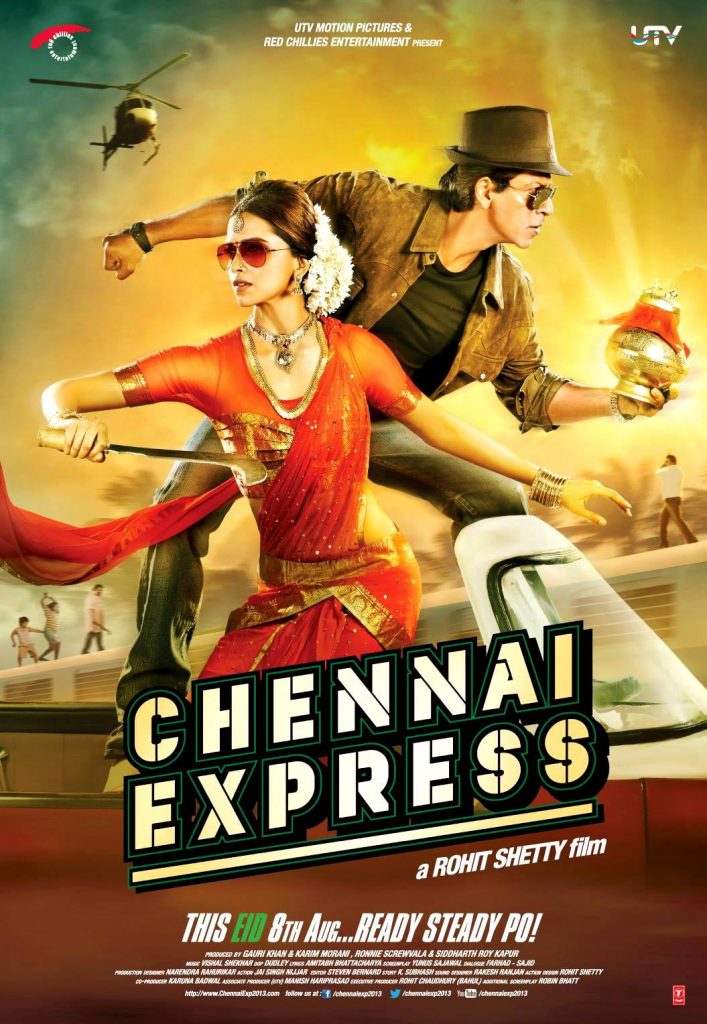 Queen is a comedy-drama film directed by Vikas Bahl and released in India in 2013. Kangana Ranaut plays a major role, with Lisa Haydon and Rajkummar Rao provides supporting performances. The film tells the story of Rani Mehra, a shy Punjabi girl from New Delhi who travels to Paris and Amsterdam on her own after her fiancé cancels their wedding. 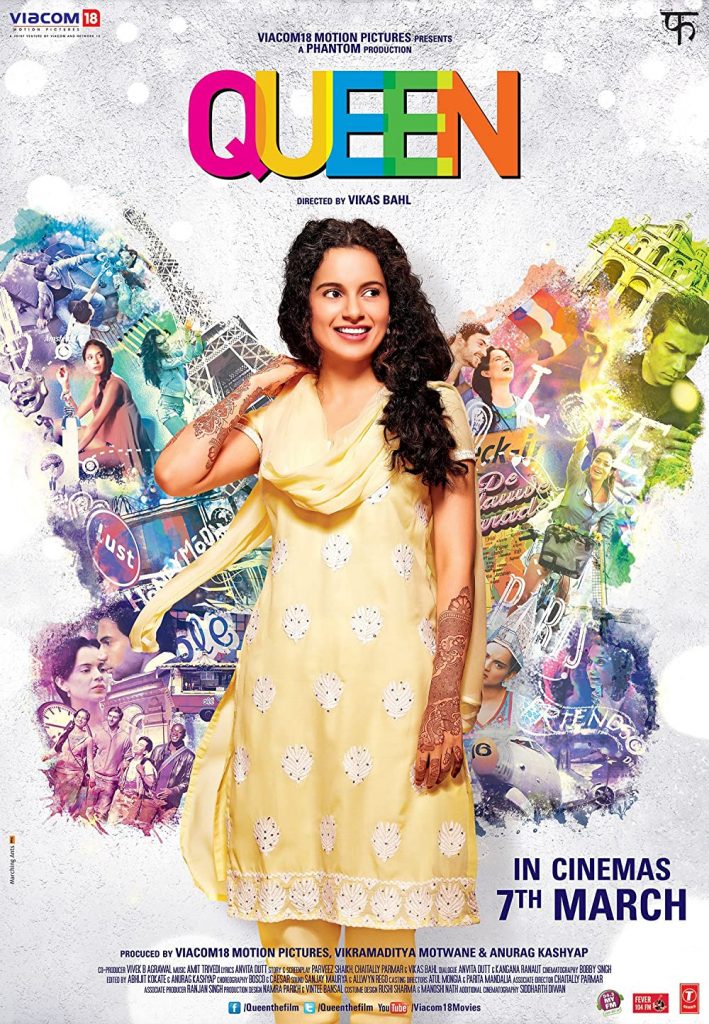 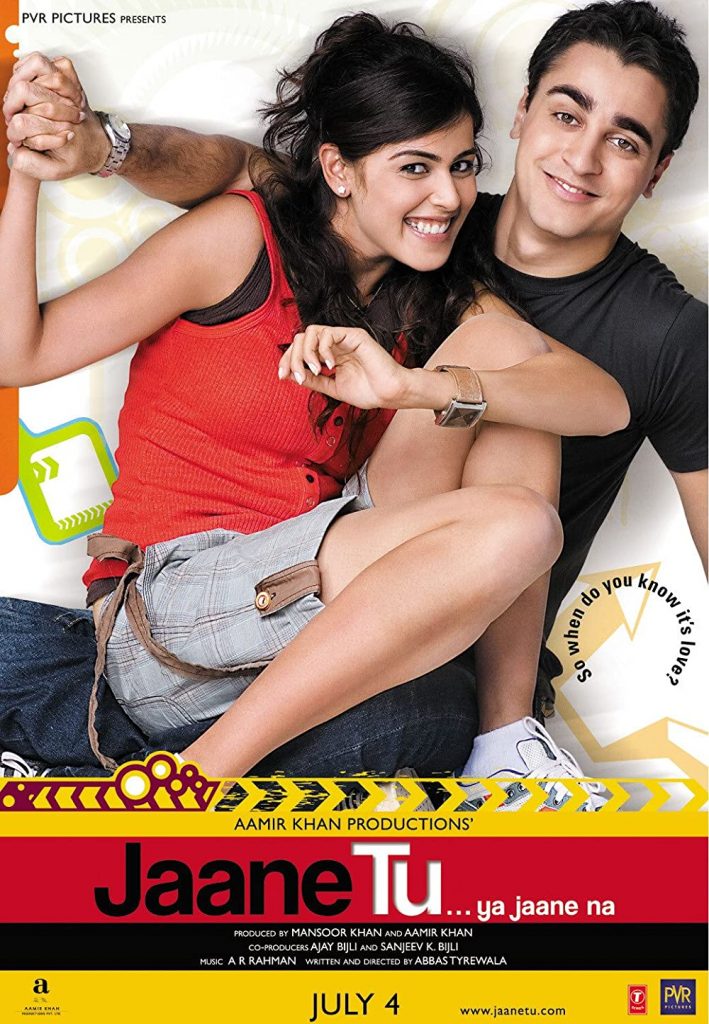 These are the best Hindi comedy movies available on Netflix, curated by us for you to enjoy to the fullest. Indian comedy movies are diverse and beautiful, and if you have not watched anything from this list, we can assure you that you are missing out!