The Hollywood film industry has been producing hit after hit, as evidenced by the multi-billion dollar box office records. We have compiled a list of the 15 best Hindi dubbed Hollywood action movies of all time, with new releases every week. These films have not only won at the box office, but have also left critics and audiences equally impressed, earning them a spot on this list. Check it out.

1. The Expendables 1, 2, and 3
The Expendables 1, 2, and 3 are included in this action-packed, star-studded bundle of Hindi dubbed Hollywood action movies. In these epic adventures, Sylvester Stallone, Arnold Schwarzenegger, and Jason Statham team up with Mel Gibson, Wesley Snipes, Harrison Ford, and 11 more legends and rising stars. This legendary film franchise provides adrenaline-pumping, nonstop thrills. 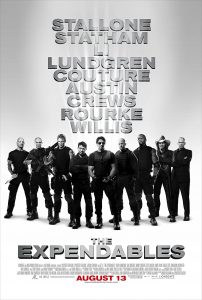 2. John Rambo
Sylvester Stallone directed and co-wrote Rambo, a 2008 American action film based on the character John Rambo created by author David Morrell for his novel First Blood. Julie Benz, Paul Schulze, Matthew Marsden, Graham McTavish, Rey Gallegos, Tim Kang, Jake La Botz, Maung Maung Khin, and Ken Howard star in the fourth installment of the Rambo franchise, which is a sequel to Rambo III (1988). Richard Crenna, who played Colonel Sam Trautman in the previous films and died in 2003, is honoured in this film. Rambo (played by Stallone) leads a mercenary group into Burma to rescue Christian missionaries who have been kidnapped by a local infantry unit. 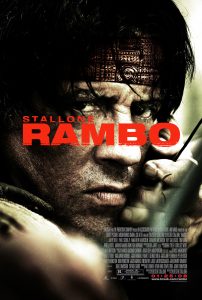 3. London Has Fallen
London Has Fallen is another one of the Hindi dubbed Hollywood action movies in the thriller and action category. It is written by Creighton Rothenberger, Katrin Benedikt, Chad St. John, and Christian Gudegast and directed by Babak Najafi. It is the sequel to Antoine Fuqua’s 2013 film Olympus Has Fallen and stars Gerard Butler, Aaron Eckhart, and Morgan Freeman, with Alon Moni Aboutboul, Angela Bassett, Robert Forster, Jackie Earle Haley, Melissa Leo, Radha Mitchell, Sean O’Bryan, Waleed Zuaiter, and Charlotte Riley rounding out the cast. The plot to assassinate the G7 world leaders as they attend the funeral of the British Prime Minister in London is followed by Secret Service agent Mike Banning’s efforts to protect US President Benjamin Asher from Islamic terrorists. 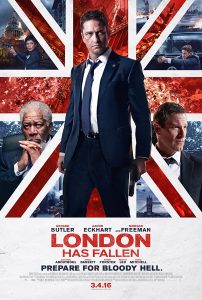 4. Mechanic
The Mechanic is a 2011 American action thriller film starring Jason Statham and Ben Foster, directed by Simon West. It is a remake of the 1972 film of the same name, written by Lewis John Carlino and Richard Wenk. Statham plays Arthur Bishop, a professional assassin who specialises in making his assassinations appear to be accidents, suicides, or petty criminal acts. 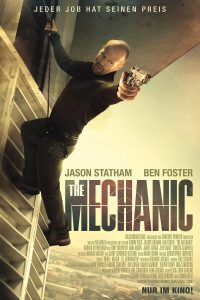 5. Big Game
Jalmari Helander directed and wrote the action-adventure film Big Game, which was released in 2014. Onni Tommila, Ray Stevenson, Victor Garber, Mehmet Kurtulus, Ted Levine, Felicity Huffman, and Jim Broadbent star in the film. It is one of Finland’s most expensive films. 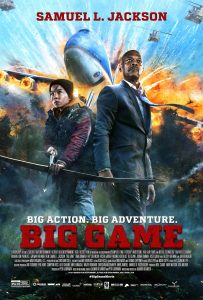 6. Operation Chromite
Operation Chromite is a 2016 South Korean war drama film directed by John H. Lee and based on the real-life events of the Battle of Inchon, though it depicts a fictionalised version of the historical CIA/US military intelligence operation “Trudy Jackson,” which took place prior to the actual landing. 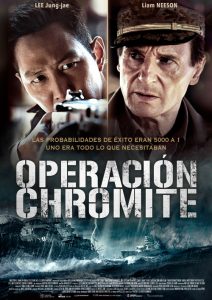 7. Redline
Redline is a 2007 American racing action thriller film with a diverse cast. The plot of the film revolves around a street racing circuit that is funded by a group of multimillionaires who bet millions of dollars on their high-powered supercars. Natasha (Nadia Bjorlin) is a talented driver and aspiring singer. She gets a job racing flashy sports cars for wealthy music producer Infamous (Eddie Griffin), who bets big money on street races with his millionaire friends Jerry (Tim Matheson) and Michael (Angus Macfadyen). However, the already dangerous competitions spiral out of control when Michael decides to do whatever it takes to get Natasha to race for him instead of Infamous, including kidnapping her. 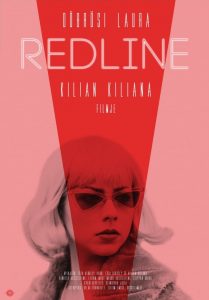 8. 22 Minutes
Next, on our list of the Hindi dubbed Hollywood action movies is 22 Minutes. Vasily Serikov directed the 2014 Russian action film 22 Minutes. The plot is loosely based on events in the Gulf of Aden in May 2010, when Somali pirates kidnapped the Russian tanker Moscow University and were rescued by the Russian Navy destroyer Marshal Shaposhnikov. The hijacked vessel is the Yamal, a liquefied gas tanker, and the destroyer is Admiral Krylov. 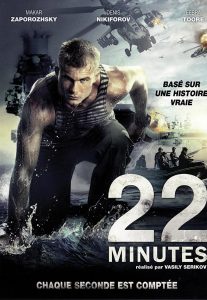 9. Zero Dark Thirty
Zero Dark Thirty is a 2012 American thriller film written and directed by Kathryn Bigelow. Following the September 11 attacks, a nearly decade-long international manhunt for Osama bin Laden, the leader of the terrorist network Al-Qaeda, was launched. This search led to the discovery of bin Laden’s compound in Pakistan and the military raid on May 2, 2011, in which he was killed. 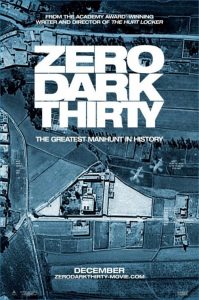 10. Sicario
Denis Villeneuve directed Sicario, which stars Emily Blunt, Benicio del Toro, and Josh Brolin and was written by Taylor Sheridan. A government task force recruits a principled FBI agent to take down the leader of a powerful and brutal Mexican drug cartel. At the 2015 Cannes Film Festival, Sicario has been chosen to compete for the Palme d’Or. On September 18, 2015, it was released in limited release in the United States, with a nationwide release on October 2, 2015. 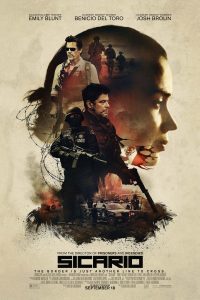 11. Olympus Has Fallen
Olympus Has Fallen is the first of the Hindi dubbed Hollywood action movies in the Has Fallen film series, directed and co-produced by Antoine Fuqua from a screenplay written by Creighton Rothenberger and Katrin Benedikt. Angela Bassett, Robert Forster, Cole Hauser, Ashley Judd, Melissa Leo, Dylan McDermott, Radha Mitchell, and Rick Yune star alongside Gerard Butler (who also co-produced the film), Aaron Eckhart, and Morgan Freeman. The plot revolves around disgraced Secret Service agent Mike Banning’s efforts to save US President Benjamin Asher from a North Korean-led guerrilla attack on the White House. 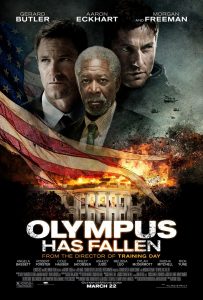 12. Universal Soldier
Roland Emmerich directed Universal Soldier, a 1992 American military science-fiction action film. The film tells the story of Luc Deveraux (Jean-Claude Van Damme), a former US Army soldier who was killed in the Vietnam War in 1969 but was brought back to life thanks to a top-secret military programme known as the “Universal Soldier.” Despite his memory being erased, he learns about his past and flees with a young TV journalist (Ally Walker). Along the way, they must contend with the return of his archenemy, Sgt. Andrew Scott (Dolph Lundgren), is a psychotic megalomaniac who lost his sanity during the Vietnam War and is intent on killing him and leading the Universal Soldiers. 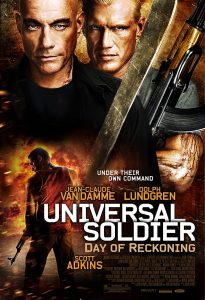 13. Max Steel
Max Steel is a 2016 superhero film co-produced by Mattel’s Playground Productions division, Dolphin Films, and Ingenious Media, based on the eponymous action-figure line. Max McGrath comes into contact with Steel, an alien creature who uses a special type of tachyonic energy. To become a superhero, the two form a symbiotic relationship. 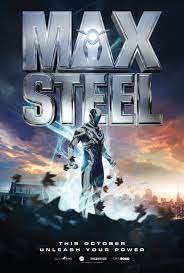 14. Looper
Rian Johnson wrote and directed the 2012 American science fiction action thriller Looper, which was produced by Ram Bergman and James D. Stern. Joseph Gordon-Levitt, Emily Blunt, Jeff Daniels, and Bruce Willis star in the film. It centres on “present-day” contract killers known as “loopers,” who are hired by criminal syndicates from the future to kill victims who have been sent back in time. 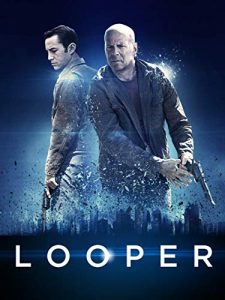 15. Homefront
Homefront is a 2013 American action thriller film directed by Gary Fleder and based on a screenplay by Sylvester Stallone. It was released in theatres nationwide on November 27. Jason Statham, James Franco, Winona Ryder, and Kate Bosworth star in the film, which is based on Chuck Logan’s 2005 novel Homefront. After failing a mission, a DEA agent and his nine-year-old daughter relocate to a small town to live a peaceful life. When he crosses paths with a drug lord, however, things do not go as planned. 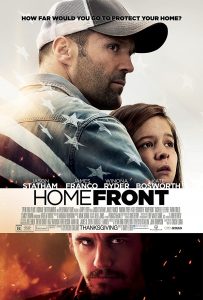 This was our list of the 15 best Hindi dubbed Hollywood action movies. How many have you seen? Let us know in the comments.

15 Best Indian Cooking Channels on Youtube You Must Check Out!