With so many titles available on Netflix, choosing a good movie to watch until your girlfriend falls asleep on the couch can take a few minutes or even hours. It is undeniably difficult to navigate through the massive Netflix catalogue, which is divided into nearly twenty categories. As a result, we went through the library and compiled a list of the best Hindi-dubbed horror movies on Netflix that you should not miss.

Also read: 8 Horror Web Series That Are Perfect To Binge With Friends!

Annabelle is a 2014 supernatural horror film directed by John R. Leonetti and written by Gary Dauberman, with Peter Safran and James Wan serving as producers. It is a prequel to 2013’s The Conjuring and the sequel to the Conjuring Universe series. The film was inspired by Ed and Lorraine Warren’s story about a doll named Annabelle. Annabelle Wallis, Ward Horton, and Alfre Woodard star in the film. 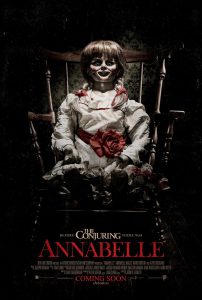 The Nun is a 2018 American supernatural horror film directed by Corin Hardy and written by Gary Dauberman and James Wan based on a story by Dauberman and Wan. It is the fifth instalment in The Conjuring Universe franchise and a spin-off/prequel to 2016’s The Conjuring 2. Demián Bichir, Taissa Farmiga, and Jonas Bloquet star in the film, with Bonnie Aarons reprising her role as the Demon Nun from The Conjuring 2. The story follows a Roman Catholic priest and a nun in her novitiate in 1952 Romania as they uncover an unholy secret. 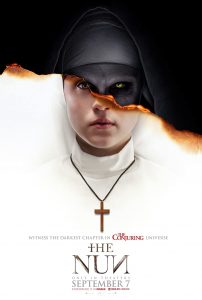 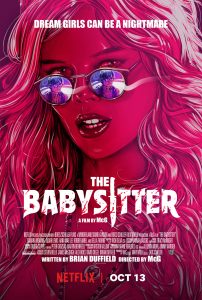 Mike Flanagan directed and edited Ouija: Origin of Evil, a supernatural horror film written by Flanagan and Jeff Howard that was released in 2016. The film stars Elizabeth Reaser, Annalise Basso, and Henry Thomas and is a prequel to the 2014 film Ouija. A widow and her family incorporate a Ouija board into their phoney seance business, resulting in the possession of the youngest daughter by a spirit. Universal Pictures released Ouija: Origin of Evil in the United States on October 21, 2016. 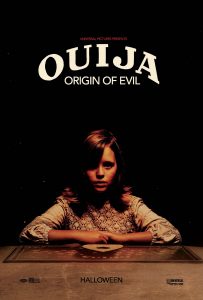 Evan Spiliotopoulos (in his directorial debut) wrote, produced, and directed The Unholy, a 2021 American supernatural horror film based on James Herbert’s 1983 novel Shrine. Jeffrey Dean Morgan, Katie Aselton, William Sadler, Diogo Morgado, Cricket Brown, and Cary Elwes star in the film, which is produced by Sam Raimi under his Ghost House Pictures banner. The story revolves around a disgraced journalist (Morgan) who discovers a series of seemingly divine miracles in a small New England town and uses them to resurrect his career, but the ‘miracles’ may have a much darker source. 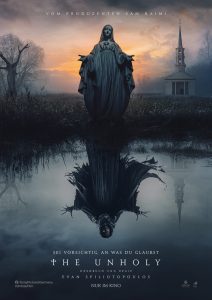 The Conjuring is a supernatural horror film directed by James Wan and written by Chad Hayes and Carey W. Hayes that was released in the United States in 2013. It is the first instalment in The Conjuring Universe series. Ed and Lorraine Warren, paranormal investigators and authors linked to prominent haunting cases, are played by Patrick Wilson and Vera Farmiga. Their allegedly true stories inspired the story and film franchise The Amityville Horror. The Warrens help the Perron family, who had been experiencing increasingly disturbing events in their Rhode Island farmhouse in 1971. 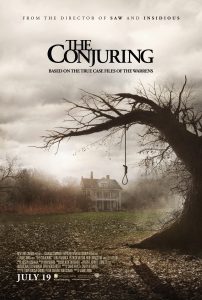 Devil (also known as The Night Chronicles 1: Devil) is one of the Hindi-dubbed horror movies on Netflix and is directed by John Erick Dowdle that was released in 2010 in the United States. Brian Nelson wrote the screenplay based on a story by M. Night Shyamalan. Chris Messina, Logan Marshall-Green, Geoffrey Arend, Bojana Novakovic, Jenny O’Hara, and Bokeem Woodbine are among the cast members. On September 17, 2010, Devil was released. 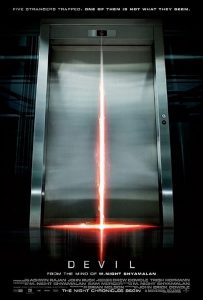 The Texas Chainsaw Massacre is an American horror franchise that includes nine slasher films, comic books, and a video game adaptation of the first film. Leatherface and his family are cannibalistic spree killers who terrorise unsuspecting visitors to their territories in the desolate Texas countryside, typically killing and then cooking them. 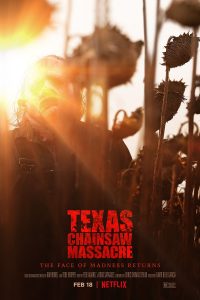 Next on our list of Hindi-dubbed horror movies on Netflix is Mirage. It is a 2018 mystery drama film directed by Oriol Paulo and co-written by him. It stars Adriana Ugarte. In 2018, the film was released in Spain, and on March 22, 2019, it was released worldwide via Netflix. 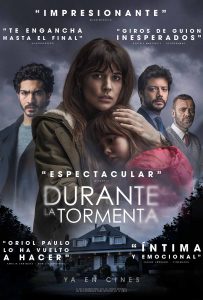 A Quiet Place is a post-apocalyptic horror film directed by John Krasinski and written by Bryan Woods, Scott Beck, and Krasinski, based on a story by Woods and Beck. In a post-apocalyptic world inhabited by blind monsters with acute hearing, a father (Krasinski) and a mother (Emily Blunt) struggle to survive and raise their children (Millicent Simmonds and Noah Jupe). 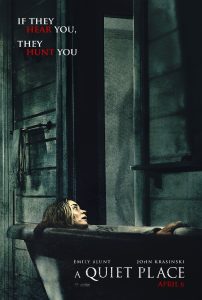 Friday the 13th is an American horror franchise consisting of twelve slasher films, a television series, novels, comic books, video games, and merchandise. The franchise revolves around the fictional character Jason Voorhees, who was believed to have drowned as a child at Camp Crystal Lake due to the camp staff’s negligence. The lake is rumoured to be “cursed” and the site of a series of mass murders decades later. Jason appears in all of the films, either as the killer or as the driving force behind the murders. 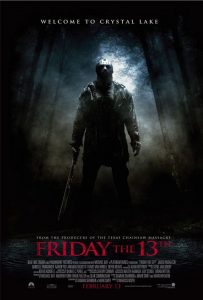 Black Christmas is a slasher film directed by Sophia Takal and written by Takal and April Wolfe that was released in 2019. It is the loose second remake of the 1974 Canadian film Black Christmas, following the 2006 film, and follows a group of sorority sisters at Hawthorne College as they are stalked by an unknown stalker. It is part of the Black Christmas series. Imogen Poots, Aleyse Shannon, Lily Donoghue, Brittany O’Grady, Caleb Eberhardt, and Cary Elwes co-star in the film. 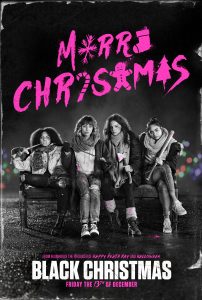 No One Gets Out Alive is a British horror film directed by Santiago Menghini in 2021, based on the 2014 novel of the same name by Adam Nevill and written by Jon Croker and Fernanda Coppel. Cristina Rodlo and Marc Menchaca star in the film. Netflix released it on September 29, 2021. 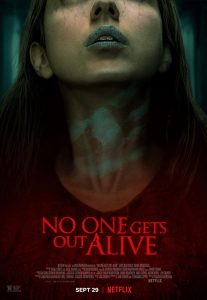 Mama is a supernatural horror film directed and co-written by Andy Muschietti, based on his 2008 Argentine short film Mamá. The title character is played by Jessica Chastain, Nikolaj Coster-Waldau, Megan Charpentier, Isabelle Nélisse, Daniel Kash, and Javier Botet. After their uncle retrieves them, two young girls are abandoned in a forest cabin and are fostered by an unknown entity they affectionately refer to as “Mama,” who eventually follows them to their new suburban home led by two adults. 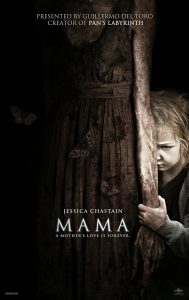 Dead Silence is a supernatural horror film directed by James Wan and written by Leigh Whannell that was released in 2007. Ryan Kwanten plays Jamie Ashen, a young widower who returns to his hometown to find answers about his wife’s death. Amber Valletta, Donnie Wahlberg, and Bob Gunton also star. 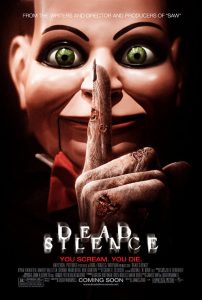 Rodo Sayagues’ directorial debut, Don’t Breathe 2, is a 2021 American horror-thriller film based on a screenplay he co-wrote with Fede Lvarez, the director of the first film, Don’t Breathe, released in 2016. Stephen Lang reprises his role as Norman Nordstrom / “The Blind Man” in the sequel, which is produced by lvarez, Sam Raimi, and Robert Tapert and stars Brendan Sexton III and Madelyn Grace in supporting roles. 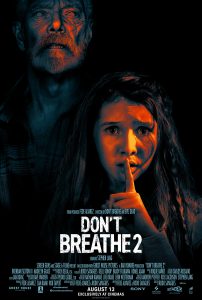 Run is a psychological thriller film directed by Aneesh Chaganty and written by Chaganty and Sev Ohanian that was released in 2020. Kiera Allen plays a disabled homeschooled adolescent who suspects her mother (Sarah Paulson) of concealing a dark secret from her. 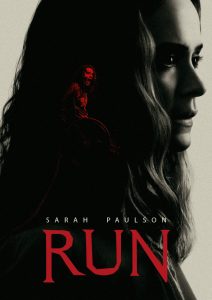 Stephen Sommers wrote and directed Van Helsing, a 2004 action gothic horror film. Hugh Jackman plays Van Helsing, a Dutch monster hunter, and Kate Beckinsale plays Anna Valerious. Sommers is a fan of the Universal Horror Monster films from the 1930s and 1940s (also produced by Universal Pictures and partially based on novels by Bram Stoker and Mary Shelley), of which the film is an homage and tribute. 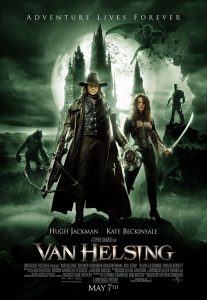 Fear Street Part One: 1994 is a 2021 American slasher film directed by Leigh Janiak and based on an original story by Kyle Killen, Graziadei, and Janiak. It is the first installment in the Fear Street trilogy and stars Kiana Madeira, Olivia Scott Welch, Benjamin Flores Jr., Julia Rehwald, Fred Hechinger, Ashley Zukerman, Darrell Britt-Gibson, and Maya Hawke, and is based on R. L. Stine’s book series of the same name. The film follows a group of teenagers in Shadyside who are terrorised by an ancient evil responsible for centuries of brutal murders in the town. 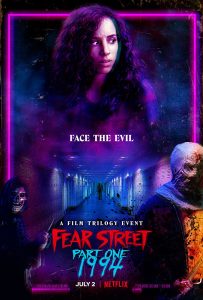 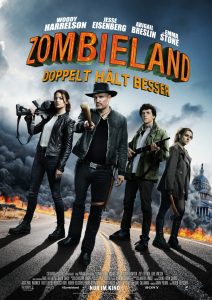 With that, we have come to the end of our list of the Hindi-dubbed horror movies on Netflix. Make sure to check them out and let us know which one was your favorite!