Vijay is one of the most successful Tamil actors in the industry and has been nominated for many awards throughout his career. Vijay rose to prominence when he played a negative role as “Kadambar” in the 2004 blockbuster Sneham, which earned him critical acclaim. He followed this with performances in movies that portrayed him in a different light: playing a naïve young man, an army soldier and an aspiring singer/musician. His hits include Attakathi (2013), Chellamae (2014), Kaala (2017). Since then, he has established himself as one of Tamil cinema’s most reliable actors and continues to deliver performances that stand out from other actors of his stature. Here are some of the best Hindi dubbed movies of Vijay Thalapathy.

A group of terrorists in Chennai captured a shopping centre and took the patrons hostage. A spy who was also trapped in the mall, Veera Raghavan, makes the decision to save the hostages by killing the terrorists. 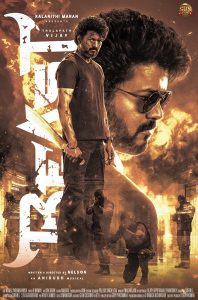 The main character of the novel is Meera, who has a covert romantic interest in Bhoominathan, her bodyguard. Just to trick her bodyguard into thinking she loves him, Meera starts calling Bhoomi. However Bhoomi falls in love with her while being unaware of who she is, and issues emerge. 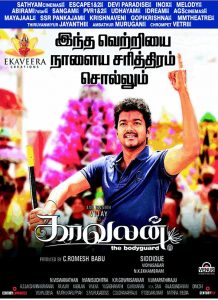 ‘Udhaya’ is a 2004 Tamil action film. Vasanthi and Udhaya are in love, but when he finds out that she is engaged to someone else, he relocates to another city. Vasanthi discovers that he has been framed for the crime in question and goes out to show his innocence. 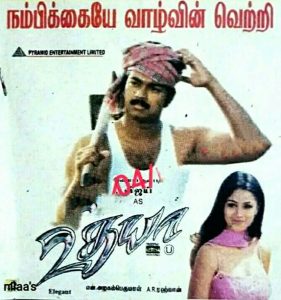 Bhoopathy is a jobless man, ordered by his father to live with Vishwanathan, a family friend, Vishwanathan. As he becomes more familiar with the family, he develops feelings for Viswanath’s daughter, who is already engaged. 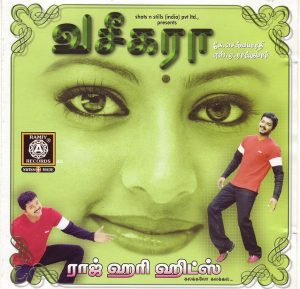 The movie set in Chennai, revolves around a gangster named Tamizh who will do anything to get money, including murder. Due to his killer instincts, he attracts the interest of two opposing gangs, joining one of them and aiding its members in eliminating their competitors. However, he also makes an effort to protect his girlfriend, who disapproves of his aggressive conduct, from a corrupt police officer who is determined to wed her without her will. 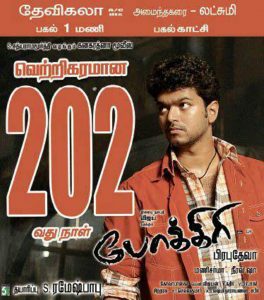 The remake of the Telugu film ‘Okkadu’, ‘Ghilli’ is a 2004 Tamil action romance. In order to play in a regional competition, ambitious Kabaddi player Velu travels to Madurai. While there, he saves Dhanalakshmi from Muthupandi, a strongman who wants to marry the girl without her will. 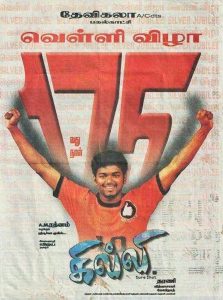 The plot revolves around J. D., an alcoholic professor. He accepts a three-month teaching position in a juvenile facility. While there, he runs afoul of Bhavani, a violent mobster who uses the kids as a scapegoat for his illegal activities. 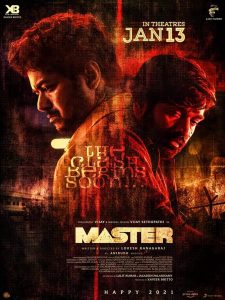 The movie stars Mohanlal and Vijay, focuses on a battle between a criminal mastermind and his adopted son, a police officer, whose life and attitude toward the law alter as a result of a violent occurrence. When a son rebels against his father and chooses to uphold the law, a sour feud is sown in a powerful crime family. 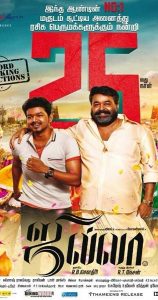 The conflict between humans and demons (Vedhalams), who are ruled by a demon kingdom in a fantasy world, is the focus of the narrative. A human is battling for justice for the murdering of humanity by demons, but his background is unknown. Maru Dheeran battles the sorceress Yavanarani and Jalatharangan in his attempt to rescue Pavazhamani, who has been abducted by the Vedhalams, a gang with mystical abilities. 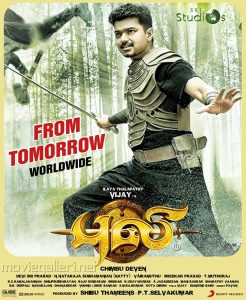 The 1988 film Thalaivaa, written and directed by Vijay, begins with the murder of Varadarajan Mudaliar, the ruler of Mumbai’s Dharavi, the largest slum in Asia. The rival group then goes on the rampage, and we meet Satyaraj, who takes on the responsibility of defending Varadarajan’s Dharavi while allowing his son Vijay to be raised in Australia. 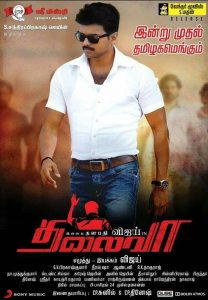 Also check: 10 Best Hindi Dubbed Movies of Vijay Sethupathi You Should Not Miss

We have only covered a few of the many must-watch Hindi dubbed movies of Vijay Thalapathy.