Disney Hotstar is one of the most popular OTT platforms for watching Indian and Hollywood films, as well as the Indian Premier League and Cricket matches. Their Disney content is visually appealing. Some of the best Hindi dubbed South Indian movies available on Hotstar that you should not miss are listed below. 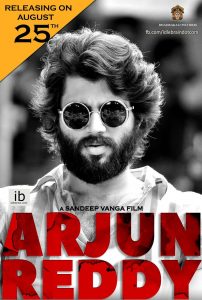 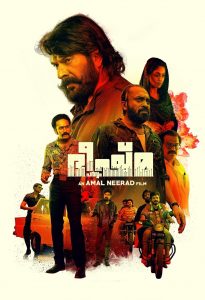 3. VIP 2
Soundarya Rajnikanth directed Velaiilla Pattadhari 2, a 2017 Indian language action comedy film. Simultaneously shot in Tamil and Telugu, VIP 2 is the latter. Dhanush, Amala Paul, Vivek, Hrishikesh, Saranya Ponvannan, and Samuthirakani reprise their roles from the 2014 film Velaiilla Pattadhari, while Kajol plays an antagonist in her second Tamil film after 1997’s Minsara Kanavu. When a jobless graduate flounders around looking for work, his wife, family, and friends lose faith in him. However, his life changes when he becomes involved with a powerful woman in the corporate world, and he becomes a powerful man himself. 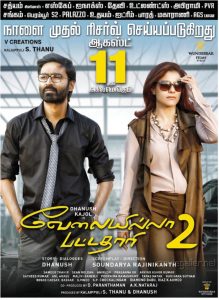 4. Dhruva
Dhruva is a 2016 Telugu action thriller film directed by Surender Reddy and produced by Allu Aravind through his Geetha Arts banner. It stars Ram Charan as the titular character, as well as Aravind Swamy, Rakul Preet Singh, and Navdeep. It follows Dhruva, an IPS officer who wants to arrest Siddharth Abhimanyu, a wealthy scientist who uses secret medical and illegal practises for profit. It is an official remake of the Tamil film Thani Oruvan (2015), directed by Mohan Raja. 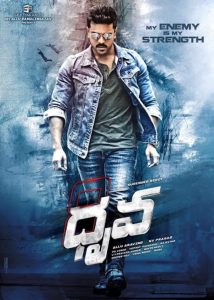 5. Kaala
Kaala is another one of the best Hindi dubbed South Indian movies written and directed by Pa. Ranjith and produced by Dhanush under his Wunderbar Films banner. Rajinikanth plays the titular character, with Nana Patekar, Samuthirakani, Eswari Rao, and Huma Qureshi playing supporting roles. Karikaalan works tirelessly to protect the residents of Dharavi, a Mumbai slum, from the clutches of powerful politicians and land mafia don Hari Dhadha. 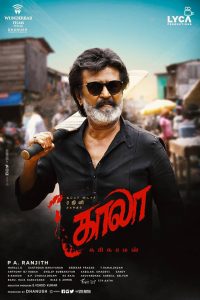 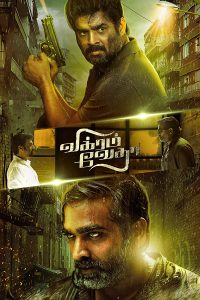 7. Khatarnak Policewala
ACP Vetrimaaran is a trustworthy and dedicated police officer assigned to Chennai. He stumbles upon a large crime ring involving medical professionals while working on a simple missing woman case. 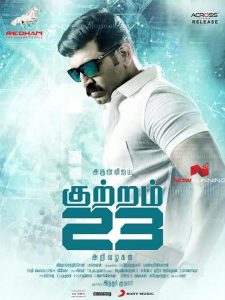 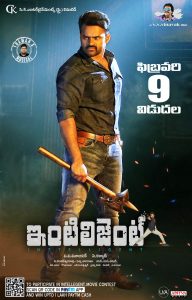 9. Dumdaar Khiladi (Hello Guru Prema Kosame)
Hello Guru Prema Kosame is a romantic comedy film directed by Trinadha Rao Nakkina and written in Telugu. Ram Pothineni, Anupama Parameswaran, and Pranitha Subhash star in the film, which also features Prakash Raj, Aamani, Jayaprakash, Sithara, Noel Sean, Sayaji Shinde, and Posani Krishna Murali. On October 18, 2018, the film was released. After Sanju arrives in Hyderabad and moves in with Anu and her father, the two form a strong bond. When Anu is about to marry another man, they realise they love each other. 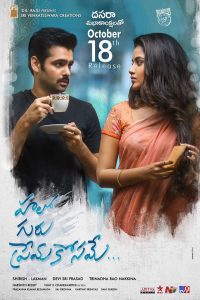 10. Kee
Kalees wrote and directed another one of the best Hindi dubbed South Indian movies, Kee which was produced by Michael Rayappan. Jiiva, Nikki Galrani, and Anaika Soti star in the film, which also features Govind Padmasoorya as the villain and RJ Balaji, Rajendra Prasad, and Suhasini in supporting roles. Siddharth, a hacker from a happy family, develops feelings for a girl. His life, however, is turned upside down when he becomes a victim of cyberbullying, which leads him to another hacker. 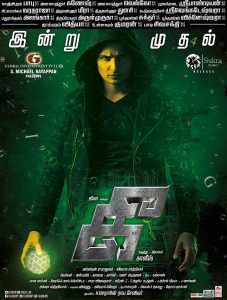 11. Khaidi no 150
Prisoner No. 150 is a 2017 Indian Telugu action drama film directed by V. V. Vinayak and produced by Ram Charan. Chiranjeevi and Kajal Aggarwal star in the film, which also features Tarun Arora, Brahmanandam, Ali, and Posani Krishna Murali in pivotal roles. Chiranjeevi’s return to films in a full-length role after a decade marks the film’s 150th release. A criminal flees the country after escaping from prison. After spending his entire life on the wrong side of the law, he is moved by the plight of the farmers he meets there and decides to fight for their cause. 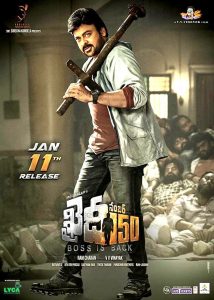 12. D-16
Dhuruvangal Pathinaaru, also known as D-16, is a 2016 Indian neo-noir crime thriller film starring Rahman and written and directed by Karthick Naren. Three college friends accidentally run someone over with their car and get away with it. Five years later, the cop who was injured in the accident reminisces about the tragic night that included the accident, two murders, and a disappearance. 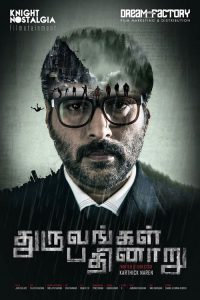 13. Theeran
H. Vinoth wrote and directed Theeran Adhigaaram Ondru, or simply Theeran, a 2017 Indian Tamil-language action thriller film produced by S. R. Prakashbabu and S. R. Prabhu under the banner Dream Warrior Pictures. It depicts the nefarious activities of dacoits and their eventual containment with the Tamil Nadu Police squad led by DGP S. R. Jangid, based on incidents from the Operation Bawaria case. Karthi plays Theeran, a character based on Jangid, alongside Rakul Preet Singh and Abhimanyu Singh, who plays the main antagonist in the film. 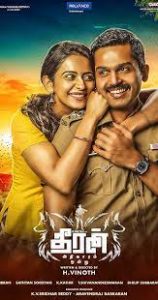 14. Boomerang
R. Kannan wrote, produced, and directed Boomerang, another one of the best Hindi dubbed South Indian movies in the action genre released in 2019. Atharvaa, Megha Akash, and Indhuja star in the film, which also features Upen Patel, Sathish, and RJ Balaji in supporting roles. Following an accident, a young man undergoes extensive facial surgery. When he realises that many people are interested in his life, he decides to investigate why. 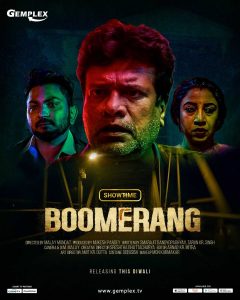 15. 8 Thottakkal
Sri Ganesh wrote and directed 8 Thottakkal, a 2017 Tamil-language crime thriller film. Akira Kurasawa’s Stray Dog inspired this film. Vellapandian produced the film, which stars his son Vetri and an ensemble cast that includes Aparna Balamurali, Nassar, M. S. Bhaskar, and Meera Mithun. The movie was released on April 7, 2017. This film, which was loosely based on the 1949 Japanese film Stray Dog, was remade in Kannada as 8MM Bullet in 2018 and in Telugu as Senapathi in 2021. While tailing a criminal, Sathya, a good cop, loses his service pistol by accident. The thief who stole the pistol, on the other hand, sells it to Murthy, who then goes on a killing spree. 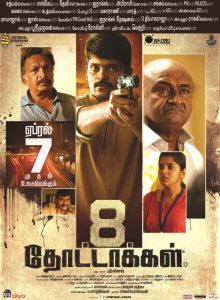 Here we are at the end of the list of the best Hindi dubbed South Indian movies available on Hotstar. They have been quite popular and the performances given by the phenomenal stars have been applauded and highly regarded. Make sure to give each one of these a watch.

How’s it Shaping up for England coming into the Tests?