IKEA is a brand that has mostly used quirky means to get their point across. But sometimes, out of the blue, IKEA also comes out with ads that touch our hearts. If you have followed the ads and campaigns that IKEA comes out with, you’d notice how the idea isn’t to sell a product, but an idea. And more so, emotions. The ads are experiences put together creatively.

On watching this ad, you’d think you’re going to experience a technological marvel. Releasing in 2015, using statement like, “It’s not a digital book or an e-book, it’s a bookbook.” Thanks to its sarcastic tone, the video went so viral that it eventually succeeded in representing IKEA’s global brand. The result was a whopping 12 million YouTube views. It is only in due course that you realise that in the time when Apple is coming out with their ads for iPhone 6, IKEA was poking fun at the ‘e’ driven times.

Away from all its quirkiness, IKEA came out with this ad very recently, where they’ve shown the relationship of a mother and her son, while the son is seen choosing the right furniture. We wouldn’t like to say much though…

IKEA did a Facebook campaign in which people had to compete for getting married in an IKEA store! Well, the idea was welcomed broadly. It was an Ikea-obsessed Australian couple that got married in the retailer’s Sydney outlet on Valentine’s Day after winning a competition that saw 500 people apply for the chance. The hour-long ceremony was attended by the couple’s family and friends, along with 80 random Facebook fans who secured an invite through IKEA’s Facebook page.

Moreover, the whole wedding was decorated using IKEA products promoting the idea that you can ‘create a stylish and beautiful wedding with the affordable and inspirational Ikea product range.’ 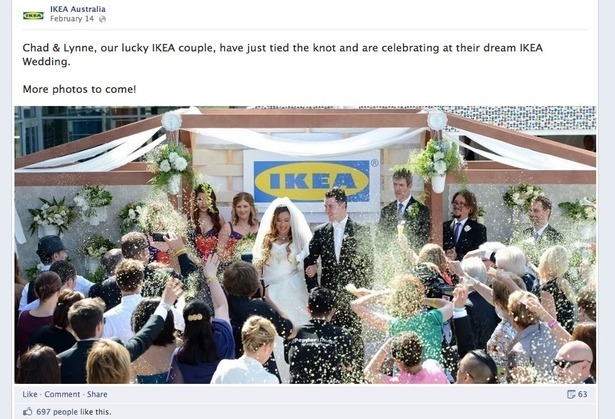 Ikea was among the very first online furniture store to give people the added advantage of augmented reality. It was back in 2013 that Ikea came out with a catalog app feature called ‘Place in Your Room’ that allowed users to try out their desired products in their homes. As most people ended up buying the wrong size of furniture, this came in handy and was, as expected, widely accepted! 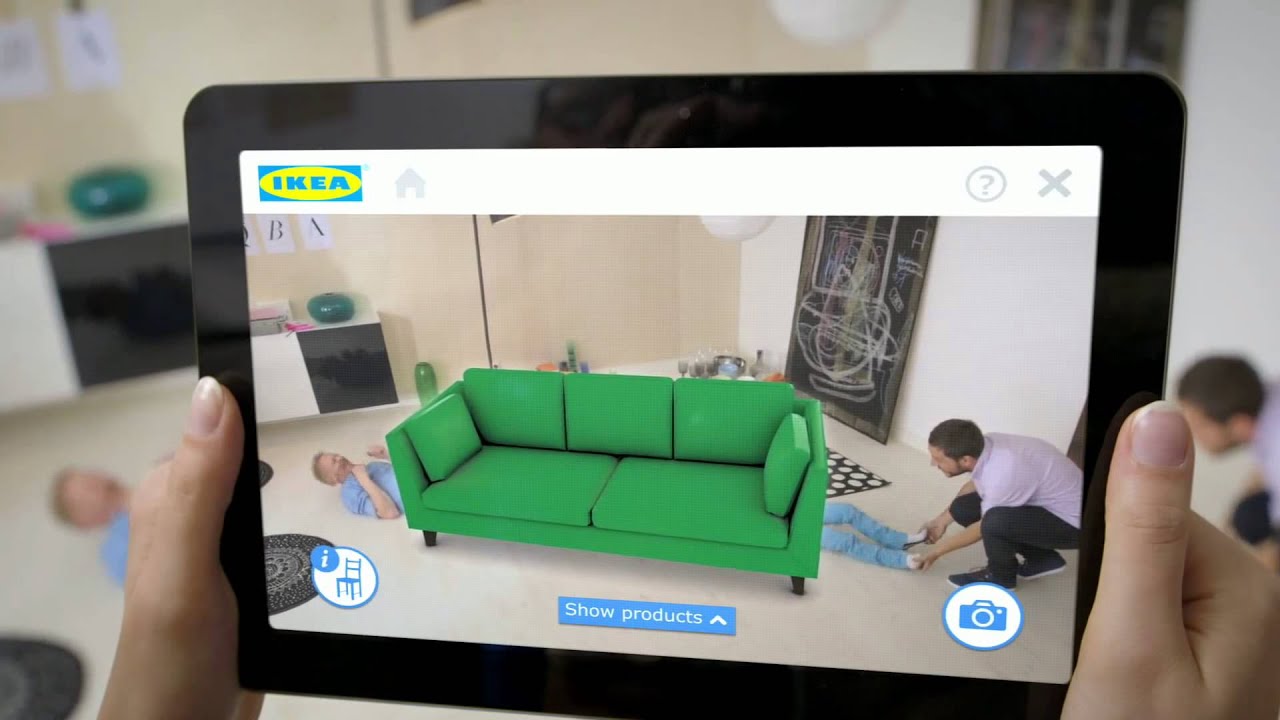 5. Moving? Ikea’s there to help

In a guerrilla marketing move, ikea took a bolder approach and launched  It’s ‘Moving Day’ marketing stunt in Quebec caught passerby’s attention with free boxes of moving, printed with moving tips, checklists, a dinner offer for those yet to set up their kitchens, and a discount offer for IKEA furniture. 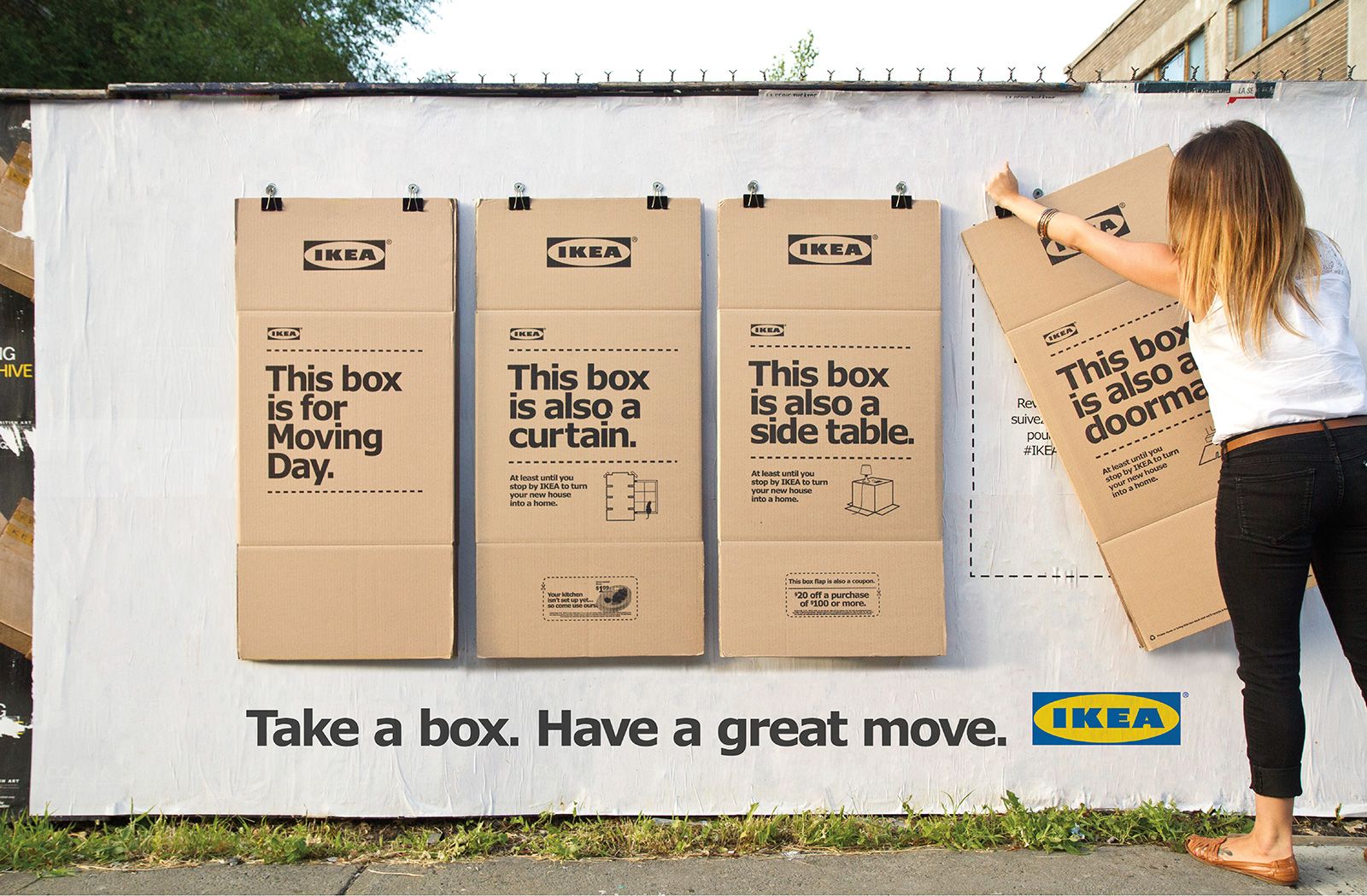 At a time when social media is taking its toll on social interactions… Ikea did these two amazing campaigns.

b. IKEA Taiwan came up with a witty idea to use ‘hotpot’ – a special dish that brings families and friends together in Asia – to create an unforgettable customer experience. They installed a hot plate that will only turn on when there are enough phones under it… leading to more interactions physically rather than digitally.

Giving the credit to Ogilvy and Mather for this print ad campaign, Ikea came out with a comparative analysis of some of its products. Showing just how cheap some things can really be if broken down the right way… 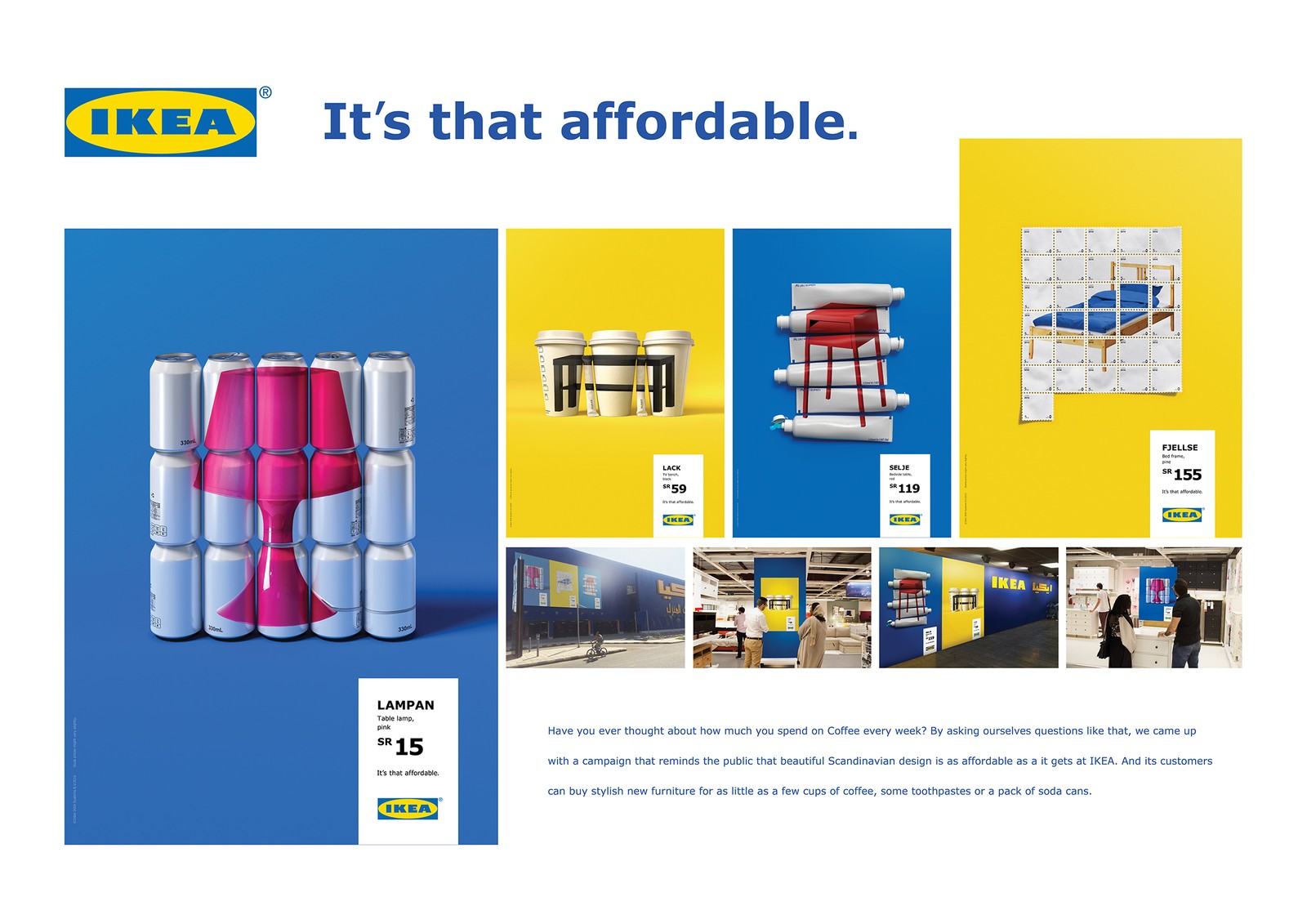 Australia produced this novel newspaper ad (yes, print), conjuring up much PR on Valentine’s Day. Simultaneously cheeky, subtle and utilitarian, it perfectly sums up the IKEA brand and its marketing genius. 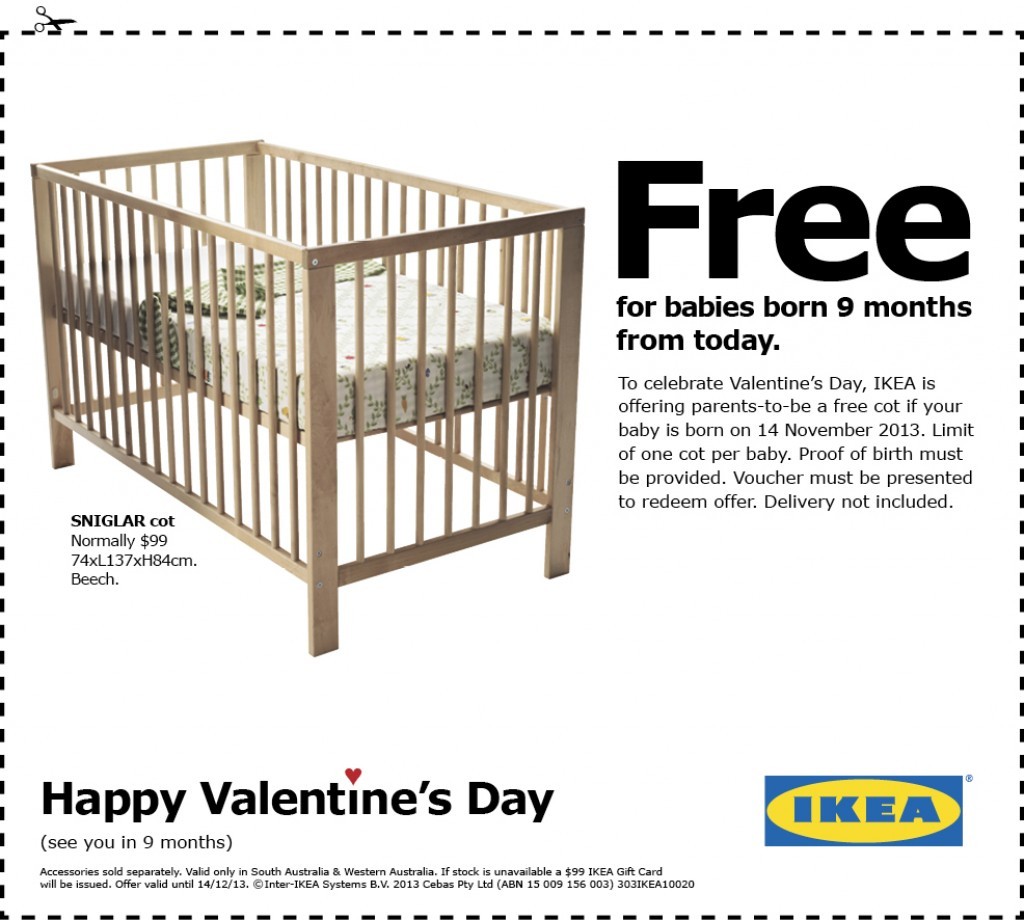 Well this has to be not just the best IKEA ad but also one of the best you would ever see from any brand!

IKEA’s print ads in Swedish magazines came with a built-in pregnancy test! While promoting cribs for infants, IKEA caught the attention of its readers with a strip at the bottom of the ad which functioned like at-home pregnancy tests. It encouraged the female users to pee on the strip to find if they were pregnant or not. It further provided a 50% discount code to expecting mothers for IKEA Cribs. 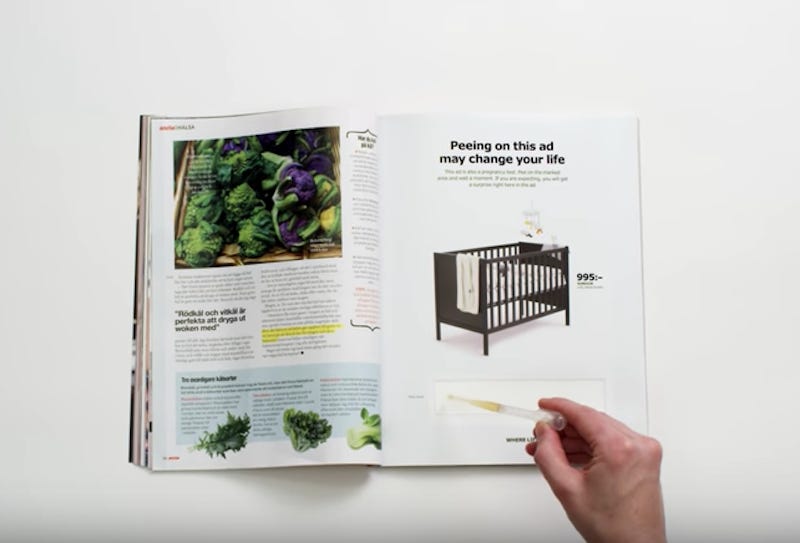 Ikea’s modern marketing approach has taken into account how-to Youtube videos to Emoji marketing. And they’re getting better by the day!  Which is your best IKEA ad? Do let us know in the comments!

The Earth & Nature are Sacred. Protect It!