To cook is to create magic with one’s hands. An essential skill and satisfying hobby, the art of cooking is one that can be learned. Cooking does not have to be a Herculean task that you dread doing. Instead, it could be a therapeutic and relaxing passtime. And what better way to learn cooking than to take inspiration from the top 10 best Indian cooking TV shows, listed down below!

Certainly one of India’s most popular chefs, Sanjay Kapoor has always been a staple of the Indian chef scene. His enigmatic nature and kind face makes his shows all the more enjoyable. With many accolades to his name, he is undoubtedly one of the best teachers to learn cooking from. In his show, he teaches ever-popular dish recipes. They range all the way from easy to difficult ones. It can be watched on the FoodFood channel, Sanjay Kapoor’s own TV network, and YouTube channel. 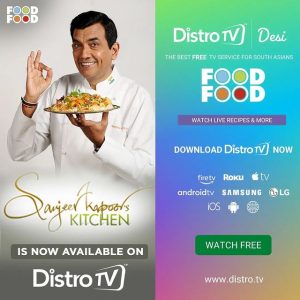 A little-known fact about the Masterchef series is that it originated in the UK! It, however, became popular during the Australian show’s run and was subsequently adapted into its Indian version in 2010. It has had a successful run since then, showcasing a variety of dishes and enthusiastic participants. The show is currently in its 7th season, with renowned judges and chefs Vikas Khanna, Ranveer Brar, and Garima Arora overlooking the competition’s progress. 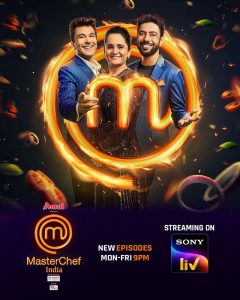 Chef Harpal Singh hosts the show Turban Tadka, which airs on the FoodFood channel, now available on other platforms as well. His enthusiastic nature has made him a hit among the masses. You may recognize him for his catchphrase ‘Namak Shamak!’ which he uses during the course of a recipe! 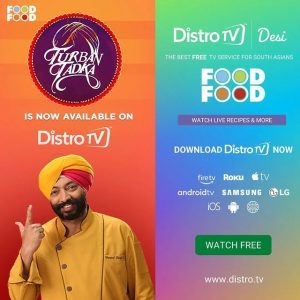 In this show, Chef Ranveer Brar visits different parts of India for a taste of their cuisines. He takes viewers on a journey through different corners of the city. He then talks about each dish that he tastes in and what viewers can expect from it. The show is available on the Zee5 channel. 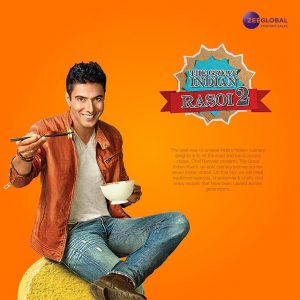 The show was hosted by Chef Ranveer Brar, who has a number of cooking shows to his name. The show aired on the channel Zee Zest, which was formerly called Living Foodz. He would work his magic into various dishes, while also interacting with celebrity guests and entertaining them. 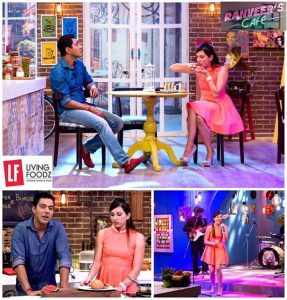 K for Kids is a show hosted by Chef Shazia Khan, which aired on the FoodFood channel. The episodes are now also available to be watched on YouTube. The former Masterchef contestant instructs children through easy recipes and allows them to cook under her guidance, simultaneously teaching the audience as well.

The show Mummy ka Magic is hosted by Chef Amrita Raichand. It has run successfully for numerous seasons on the channel FoodFood and is evidently quite the hit show since it is still quite popular! The show is also available on YouTube.

Vickypedia is a show hosted by Chef Vicky Ratnani, one of the many established chefs of the FoodFood channel. The show’s tagline is ‘Taste ka Wikipedia,’ and he stays true to its name. He talks about various cultures and breaks down famous dishes from these locations. 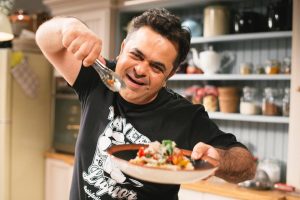 The show first aired in 2015 and unfortunately, also ended in the same year. As the name suggests, the show was hosted by Bollywood’s Farah Khan. She invited guests onto the show in order to try their hand at cooking. Additionally, these guests were the audience’s favorite Bollywood stars! It was available on Colors TV. 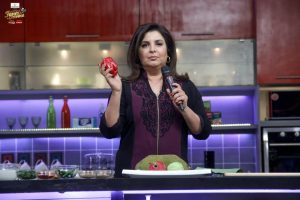 Hosted by Chef Rakesh Sethi, this is another gem from the FoodFood channel. In the show, the audience gets to learn the recipes for many snacks. After all, for most Indians, tea time is a much-awaited and one of the best parts of everyone’s day. Hence, this show is a welcome series for all.

Go ahead, learn from the best Indian cooking TV shows and make your own Michelin meals!

Namita Thapar’s Net Worth, Early Life & Education and Much More!