For many film enthusiasts here in India, it is physically impossible to stop gushing over Tarantino and Speilberg. And while the west does have so many great things to offer, one cannot overlook the works of Indian directors altogether – in fact, one must not, for we have had so many talented filmmakers bless our screens with their skill and talent. Be it Satyajit Ray or Guru Dutt, Indian cinema has as much to offer as western cinema. And if you want to get started with the classics, do go through this list. With that, we give you 15 best Indian directors of all time.

Often dubbed as the greatest filmmaker in the history of India, Satyajit Ray was born in Calcutta. He was known for being a major forerunner of parallel cinema in the country. However, Ray began his career with commercial cinema. It was only after meeting French director Jean Renoir that he was drawn towards making independent movies. It is also worth mentioning that Ray was a man of many talents. He wasn’t just a gifted filmmaker, he was also a renowned writer and had written several novels and short stories. He was a graphic designer, illustrator, calligrapher, music composer, and film critic. Over the years, Satyajit Ray delivered many unforgettable movies, but he is best known for his Apu Trilogy and Charulata. In his expansive career, Ray won the National Award a whopping 32 times. 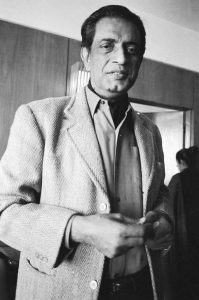 Born in Travancore, Adoor Gopalakrishnan is considered one of the best Indian directors, and is known for bringing a new wave in Malayalam Cinema. With a career spanning several decades, Gopalakrishnan has so far made only 12 full length feature films, almost all of which have received enormous attention overseas. His movies are known to depict the social realities of his native state Kerala. Like Satyajit Ray, Adoor Gopalakrishnan is also considered as one of the forerunners of parallel cinema in India. 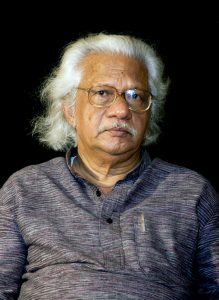 Considered to be the greatest showman in the history of Indian cinema, Raj Kapoor was born in Peshawar, present-day Pakistan, to Prithviraj Kapoor, who was a filmmaker himself, and the patriarch of the Kapoor family, which four generations down the line, is still working in Hindi film industry. At the age of 24, Raj Kapoor opened his own studio, R.K. Films, and was the youngest film director at the time when he made his debut with Aag. Of course, he wasn’t only a director, Kapoor was also an extremely popular actor, and appeared in several hit movies made under his banner of R.K. Films, including cult classics like Awaara, Shree 420, and Anari. His Mera Naam Joker, despite being a box-office disaster at the time of its release, is now remembered as one of the finest films in the history of Hindi cinema. 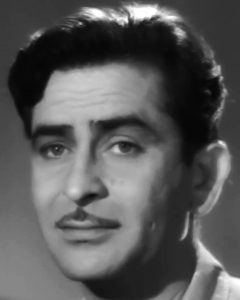 Born in Travancore, G Aravindan, alongside Adoor Gopalakrishnan, was considered to be one of the pioneers of parallel cinema in Malayalam. Before beginning his career in films, Aravindan was an established cartoonist. He was also a screenwriter, musician, cartoonist, and painter. His method of filmmaking was unorthodox, and he experimented with his cinematic forms consistently. Some of his major works include Uttarayanam, Kanchana Sita, and Vasthuhara. 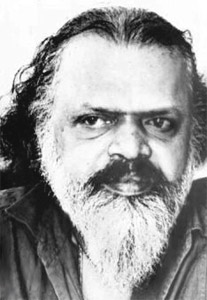 Born in Faridpur in present-day Bangladesh, Mrinal Sen, alongside Satyajit Ray, was one of the forerunners of parallel cinema in Bengali. His Bhuvan Shome, made on a shoestring budget provided by the government of India ushered in a wave of New Cinema (or parallel cinema) in India. Sen was a self-described “private Marxist,” and some of his movies were influenced by his ideologies as such, earning him a reputation for being a Marxist artist. In his movies, he not only used Kolkata as a muse, he predominantly painted it as a character with its own mood. He is remembered as one of the best Indian directors of all time. 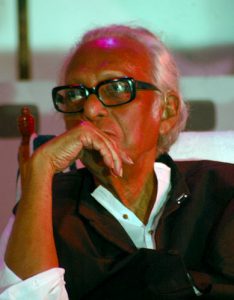 Another pillar of parallel cinema in Bengali alongside Ray and Mrinal Sen, Ritwik Ghatak was also a screenwriter and playwright. His cinema often meticulously depicted social realities of the time, the aftermath of partition, and feminism. For a short time he moved to Pune, where he taught at the Film and Television Institute of India (FTII), and was briefly the teacher of Adoor Gopalakrishnan. Ghatak was extremely innovative, even though he did not receive as much critical acclaim as his colleague, Satyajit Ray. Ghatak’s Nagarik was the first example of Bengali art film, and despite being completed by 1952, was only released in 1977 after Ghatak’s death. His Ajantrik was one of the first Indian films to portray an inanimate object.  His Titash Ekti Nadir Naam was one of the earliest movies told in a multilinear narrative structure, or a Hyperlink format. 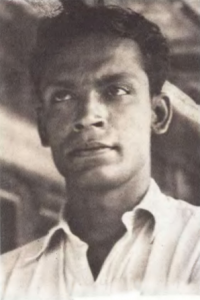 Born in Dhaka, present-day Bangladesh, Bimal Roy is remembered as one of the best Indian directors of all time. He was best known for his realistic, socialist films such as Do Bigha Zameen, which he made after being inspired by Italian neo-realistic cinema. Unlike some other directors on the list, Bimal Roy did not limit himself to one genre. He worked on parallel films as well as mainstream cinema. Of his commercial movies, his best remembered work would be Madhumati, which he made in collaboration with Ritwik Ghatak. Bimal Roy is remembered today for films mentioned above, as well as other notable works such as Devdas, Parineeta, and Bandini.

Born in the Madras Presidency in 1925, Guru Dutt is regarded as one of the best Indian directors of all time, as well as one of the greatest directors as well as actors to have worked in Hindi cinema. Guru Dutt was widely popular, and had a massive overseas following, especially in Germany, Japan, and France. He was best known for making artistic films in a mainstream context, which made his films doubly as popular. Two of his films, Kaagaz Ke Phool and Pyaasa have been listed in Time Magazine’s All-Time 100 Best movies list. Because of his death at the young age of 39, officially, he had directed only 8 movies. Other than the ones mentioned above, his best remembered works are Sahib Bibi Aur Ghulam and Chaudvin Ka Chand. 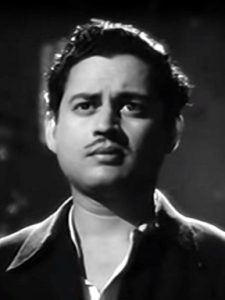 Born in Lahore, Shekhar Kapur is considered one of the finest Indian directors to be working in the industry today. Not just Indian films, Kapur has also directed several international movies, such as Elizabeth, and Elizabeth: The Golden Age, the second of which also won an Academy award. Back at home, Kapur’s best remembered projects are the cult classic Masoom starring Naseeruddin Shah and Shabana Azmi, and Anil Kapoor starrer Mr. India. Kapur received worldwide recognition for his movie Bandit Queen, a biopic based on Phoolan Devi. 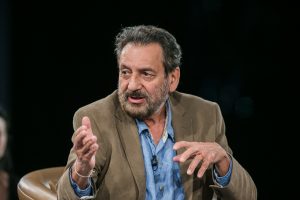 Born in Lahore, Yash Chopra was an Indian filmmaker who rose to prominence with several iconic movies throughout his career spanning several decades. He founded his own studio named Yash Chopra Films, which now is one of the biggest film studios in the Hindi film industry run by his son Aditya Chopra after his death. He directed several super-hit movies in his illustrious career, including but not limited to Waqt, Deewaar, Kabhi Kabhi, Silsila, Lamhe, Chandni, Dil To Pagal Hai and Veer Zaara. 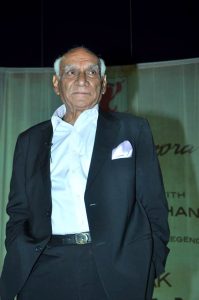 Known as one of the best off-beat directors of Hindi cinema, Shyam Benegal, with his first four feature films was part of a new genre called middle cinema, but he prefers the term “New cinema.” Benegal has received several awards over the several decades he has worked in the industry, including the Dadasaheb Phalke Award, and a total of eight National Awards. His best remembered works are Ankur, Manthan, Bhumika, Nishant, Kalyug, and Mandi. 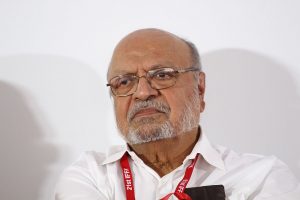 Born to a film family, Mani Ratnam did not immediately show any interest in filmmaking in his formative years. After graduating, he even took up a job as a consultant. He eventually made his directorial debut with the Anil Kapoor starrer Kannada language film, Pallavi Anu Pallavi. His subsequent movies did not do very well, but his fifth movie, Mouna Ragam, cemented his place in the Tamil film industry. His “Terrorism Trilogy” was also immensely popular, which included Roja, Bombay, and Dil Se. His Saathiya and Guru were also very successful Hindi movies. It wouldn’t be wrong to call Mani Ratnam one of the best Indian directors working today. 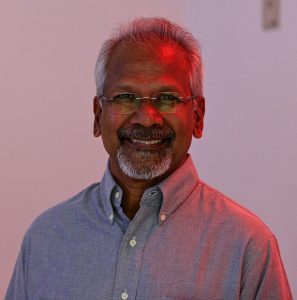 Born in Gorakhpur, Anurag Kashyap arrived in Mumbai in 1993 with Rs 5000 in his pocket after attending the International Film Festival of India, where he was heavily inspired by Vittorio De Sica’s Bicycle Thieves. Although his early days were marred by constant struggle that most people initially suffer through in the film industry, he eventually got his big break writing for Ram Gopal Verma’s Satya, which was a critical and commercial success. He made his directorial debut with the controversial movie Paanch, which ran into trouble with the Central Board of Film Certification. The movie still remains unreleased. He eventually started working on Black Friday based on the book of the same name by Hussain Zaidi. Upon its release, the movie received universal acclaim. Kashyap went on to make several critically acclaimed movies over the years, including Dev.D, Gulaal, The Girl in Yellow Boots, and Gangs of Wasseypur. 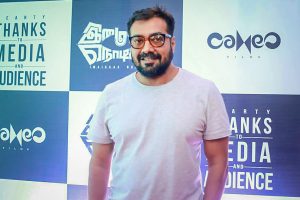 Considered to be one of the greatest Indian filmmakers of all time, Hrishikesh Mukherjee was born in Calcutta who initially worked with Bimal Roy in Mumbai. Though his directorial debut, Musafir, was not a success, his second venture, Anari, was a smashing hit. Over the years, Mukherjee made several landmark movies for the Hindi film industry, including gems like Anand, Gol Maal, Khoobsurat, Bawarchi, and Abhimaan.

Born in Bilimora in Baroda state, Mehboob Khan is best remembered for directing the iconic movie, Mother India, which was India’s first ever nomination for the Oscars. With Mother India and Aurat, he gave rise to an entire separate genre of Dacoit films. He directed several other blockbuster movies, such as Aan, Andaz, and Amar.