It would be unfair to deny the fact that most of the Indian thriller fiction is basically pulp, but there are some really brilliant and seasoned writers of thrillers in India. These writers have brought about a revolution in the genre and its reception by the Indian masses. The Indian mass has had a history of inclining towards thriller fiction of the west, reading the likes of Arthur Conan Doyle, Gillian Flynn, and Agatha Christie. But the ever-growing popularity of Indian thriller novels cannot be ignored. In this article, we will explore some of the best Indian thriller novels that deserve your attention.

This medical thriller is quite unlike the other works of Ghosh. This thrilling read will definitely keep you on the edge of your seat. It follows the disappearance and subsequent adventures of L. Murugan, an employee at the LifeWatch organization, who is after the ‘Calcutta Chromosome’. Now, what is that? You need to read the book to know. The book won the Arthur C. Clarke Award for best science fiction book in the year 1996. 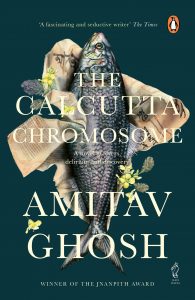 Also known as The Widows of Malabar Hill, this thriller novel follows the story of Parveen Mistry, one of the first female lawyers of India who unfolds the mystery surrounding the will of Omar Farid. Farid has three widows all of whom have signed off their inheritance to the charities of their choice. Suspicious, Mistry investigates the case, but she is startled by a mysterious murder. This is one fine read. 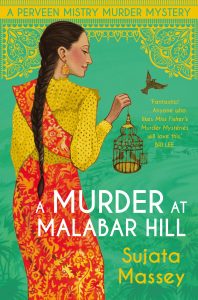 3. The Price You Pay – Somnath Batabyal

The novel deals with the dangers, corruption, and politics behind crime reporting in the city of Delhi. The life of a small-town aspiring journalist completely changes when he joins the Delhi-based agency ‘The Express’. This is Batabyal’s debut novel and it has definitely led us into expecting more brilliant work from the author in the near future. 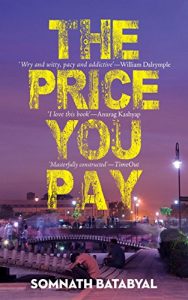 What dust are we talking about here? The Palestinian issue. Okay, so that makes it clear that this novel isn’t going to be a walk in the spring. If you are interested in fast-paced action, international politics, female protagonists, spies, etc., then this is the novel for you. Also, check out the same author’s ‘Lashkar’ which is an equally brilliant novel. 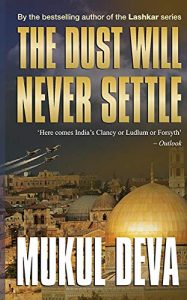 There are 42 novels in this very popular series by Surender Mohan Pathak written in the Hindi language. Sardar Surender Singh Sohal or simply Vimal is the protagonist of this series. The first book in this series was published in 1971 and the latest one in the year 2021. Three of the books of this series have been translated into English, the best one being ‘Framed’ which is the translation of the book Hazar Haath. 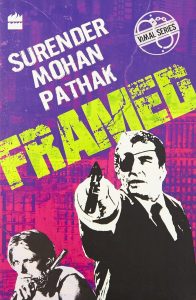 One of the best detective thrillers by Saikia, Deat Meat is an interesting read. A private detective, Arjun Arora, is hired to find a missing man with a cash-filled suitcase. On his pursuit, Arora stumbles upon a chopped-up body in a tandoor. Things escalate pretty fast and Arora finds himself in a situation more complex and dangerous than he imagined. A compelling read! 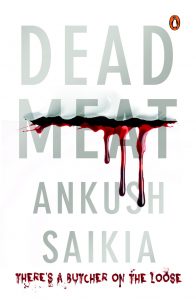 When it comes to thrillers, no one does it better than Satyajit Ray. This well-known filmmaker is an even better writer, if you haven’t come across his works till now then you definitely need to check those out. The adventures of Feluda or Pradosh C. Mitter, his cousin Topshe and the crime writer Jayatu (this trio, I tell you!) are good enough to give competition to the likes of Holmes and Watson. This isn’t an overstatement, trust me. 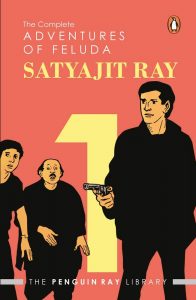 This Bengaluru-based thrill ride has all that you seek from a thriller novel- an intelligent investigating officer, an equally clever serial killer, the right amount of dead bodies, and a worthy subplot. The characters are so well developed that they will stay with you for a very long time after you have read this book. It is undoubtedly one of the best works of Anita Nair. 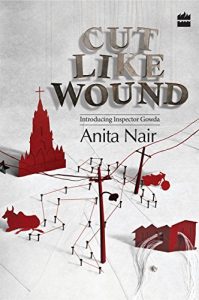 This humongous book might be 928 pages long, but every page is worth reading. Many of you might know about this book from its Netflix adaptation of the same name. If you liked the adaptation, you’ll simply love the book. The book is raw, compelling, and thrill-inducing. It is the story of an inspector named Sartaj Singh and a gangster named Ganesh Gaitonde, and other deftly crafted characters. This one is a must-read in the thriller genre. 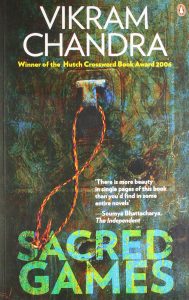 Nath’s 2016 bestseller is one of the finest Indian spy thriller novels of recent times. Three Indian army commandos are sent on a mission to Pakistan to capture the villain Irshad Dilawar. But in the midst of their mission, they realize that their operation has been compromised. The novel will keep you hooked from the very first page, it’s brilliantly gripping. 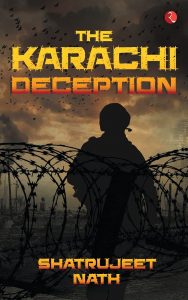 With this, we have come to the end of the list of some of the best Indian thriller novels that you must read! If you want some more book recommendations, do check out our other articles, here.