“Bond. James Bond.” An inimitable entity in popular culture, this character has captured the imaginations of many, and with good reason. The charismatic and suave British agent crafted by Ian Fleming has come to life right before our eyes with the entire series of films made on his escapades. Immensely popular for more than 60 years now, the franchise boasts of having won a number of accolades and appreciation the world over. Here are the 10 best James Bond movies of all time.

This 2006 film saw Martin Campbell return as the director, with Daniel Craig playing the ever-charming agent. Based on Ian Fleming’s novel of the same name, the movie takes us to the time when Bond got his 007 license for the first time. 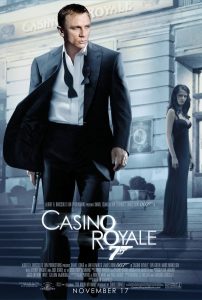 Directed by Sam Mendes, this was Daniel Craig’s third outing as Bond. The brilliantly-shot film with Roger Deakins handling the camera, became the highest grossing Bond film of all time. It has some stunning performances by Javier Bardem, Judi Dench and Naomi Harris, among others. 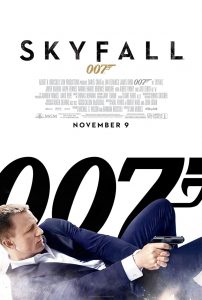 With Sean Connery at the helm, Goldfinger became a classic and with good reason. It was the third film of the series which practically set the standards for what a good Bond film should be like, with a great score, impeccable dialogues, and characters that have been immortalised. 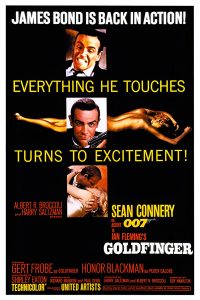 Directed by Martin Campbell and the first one to star Pierce Brosnan as James Bond, it is the seventeenth film of the franchise. It marked a revival of the series’ popularity, and was better suited to the popular sentiment in the times after the Cold War when popular sensibilities were reshaped. The movie saw great performances in Famke Janssen’s Xenia Onatopp, and Sean Bean’s Alec Trevelyan, among others. 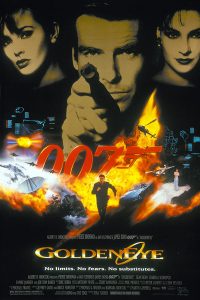 Once again directed by Sam Mendes and featuring Daniel Craig, Spectre takes us through Bond’s quest to find out the whereabouts of a dangerous organisation, with the same name as the film’s title. The film sees the return of a number of characters like Eve Moneypenny, M and Q, and was the second highest-grossing Bond film after Skyfall. 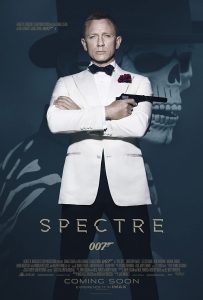 The last of Timothy Dalton’s brief stint as James Bond, Licence to Kill actually marked a number of lasts for the Bond franchise. It was the last to be directed by John Glen, to have Albert Broccoli as the producer and Maurice Binder as the sequence designer. The film has a generally darker mood than the rest of the franchise, and stands out for that very fact. 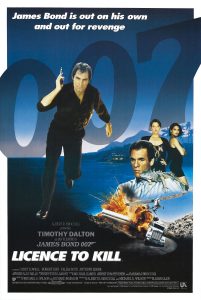 7. From Russia With Love

This was the second Bond film, with Sean Connery playing the lead in this as well. It is another one of the films considered to be a classic standard of what Bond films should be like. In 2004, Total Film magazine rated it to be the ninth greatest British film. The movie gave the audience some amazing characters in the form of Rosa Klebb and Red Grant. 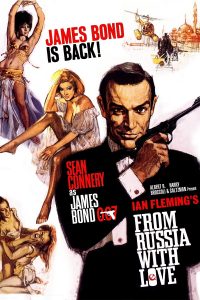 Dr. No was where it all started. The first James Bond film, which introduced the world to the Secret Service agent 0n screen, is considered one of the best for a reason. For one, it gave us the iconic line – “Bond. James Bond.” That apart, the film set the stage for all that was to follow – Bond girls, Bond villains, and of course, the inimitable spy himself. 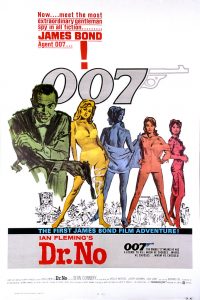 9. For Your Eyes Only

For Your Eyes Only was the directorial debut of John Glen, who would go on to make four more Bond films – Licence to Kill, Octopussy, A View To Kill and The Living Daylights. Starring Roger Moore as Bond, the film stood out with its underwater footage shot in the Bahamas, and an overall realistic tone in relation to the earlier films.

This film marked the return of Terence Young as the director, who did an amazing job. Connery’s Bond shone through, warranting amazing popular reception and a sequel in Never Say Never Again. Thunderball even won an Academy Award in 1966, making it the second Bond film to have done so. 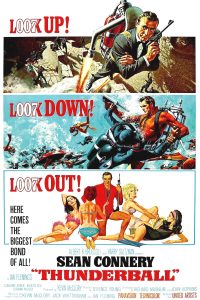 So, these were the 10 best James Bond movies to most definitely watch, and perhaps re-watch!