It’s challenging to categorize a “Kishore Kumar song.” He has performed every song, therefore there is barely one you cannot envision in his voice. He has performed love songs, songs of introspection, songs of heartbreak, and songs in which he sings both the male and female voices with the purpose of serenading the women. Without a doubt, he was a wild genius who always pushed himself to reach higher goals in the field of playback singing.

Here are the 20 Best Kishore Kumar songs that wonderfully demonstrate the wide spectrum of emotions he was capable of infusing into a song through subtle modulations.

In the same movie where he also sings the classic, the lively song “Meet na mila re mann ke,” he shows off his sparkling range by singing this nice, calm ballad. Typical Kishore! 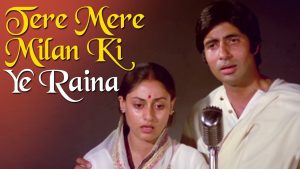 In one of the most entertaining love songs ever, Kishore Kumar, who is better known for her mellower music, even spills over onto Lata Mangeshkar.

Like the other song from Anand, this one is also performed with all of Kishore Kumar’s life experiences permeating the lyrics.

Another song that gained popularity much later was picturized on Mousumi Chatterjee and “angry, young man” Amitabh Bachchan, who was at the height of his powers.

This song is another cult favourite among ardent Kishore Kumar fans; it nearly sounds hallucinogenic. Most people visualise our sweetheart and the hills when listening to Kishore Kumar’s lovely singing.

This RD Burman tune, which incorporates jazz overtones, swiftly rose to the top as the go-to music for situations in which lovers’ hormones are exploding. The lighthearted tension is beautifully captured by Kishore Da’s singing. 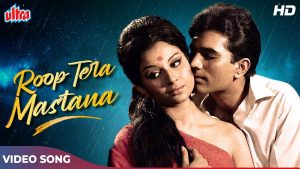 In this song from the blockbuster film Shakti Samanta, one of Kishore Kumar’s most well-known songs, the singer displayed his impressive vocal range. 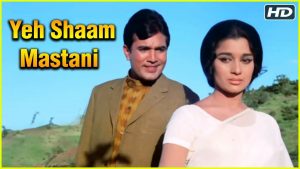 Although not one of Kishore Da’s most well-known songs, the song gained popularity again after son Amit Kumar performed it in Sujoy Ghosh’s Jhankaar Beats.

According to urban lore, Kishore Kumar offered to perform both the male and female parts of the song because he became tired of waiting for Lata Mangeshkar to do the female vocals. 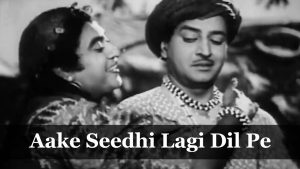 The song perfectly encapsulated the Bollywood song predicament of a “love song in the rain,” picturized on Kishore Kumar and Madhubala. 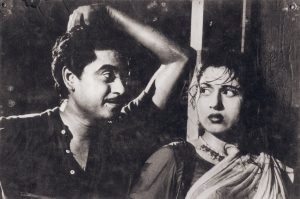 One of the most popular songs included Dharmendra and Rakhi as the main characters. 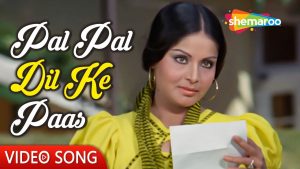 This tender love ballad, which featured Kumkum opposite Kishore Kumar, was picturized on the actor.

Another extremely well-liked song from the album has intriguing lyrics that were developed through a series of brief inquiries. 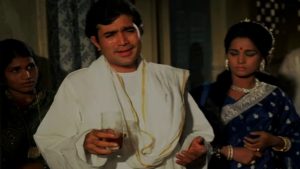 This song, which was based on Rajesh Khanna and Sharmila Tagore, was amazing because of its lyrics and Kishore Da’s performance. 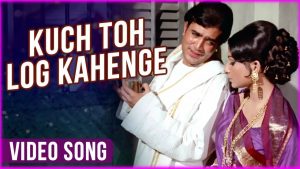 A fantastic song from what would end up becoming one of the foundational RD Burman-Kishore Kumar albums. 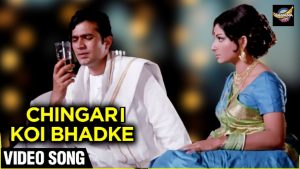 Another well-known Kishore Kumar’s sorrowful song, this one featuring Amitabh Bachchan as he spoke of lost love and the awful fate he had to live with.

A signature Kishore Kumar song that became legendary due to its brief length and fantastic mouth-organ riff by RD Burman at the song’s opening. 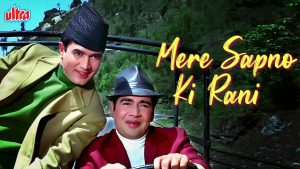 Another timeless Kishore Kumar song, this time featuring Salil Chowdhury; is undoubtedly one of his most well-known sorrowful ballads and shows him dialing back from his typical yodeling.

This song, a classic by RD Burman, has a profound significance for life and love and was uncharacteristically restrained in Hrishikesh Mukherjee’s laugh-riot. This knowledge was mirrored in Kishore Kumar’s voice.

We are aware of the numerous gems we have missed out on, but Kishore Da just has this one issue—the issue of having too many stones in one lifetime. So from the team at Scroll Droll, here is a mix of some of his best hits and what we think are the 20 Best Kishore Kumar Songs Ever. Enjoy!

20 Best Sonu Nigam Songs That Prove That He is a Musical Maestro!