In the world of dirty politics known for venomous words and ruthless opportunism, one name that shines in Gold letters is that of former Indian Prime Minister – Atal Bihari Vajpayee. A parliamentarian for over four decades, the Bharat Ratna recipient has earned the immense amount of respect across political circles and ideologies.  It was none other than Pandit  Jawaharlal Nehru who had predicted that Vajpayee would become the Prime Minister of the country one day. This came true four-decade later when he became the first non-congress Prime Minister to complete a full term in office.

While most of the people remember Vajpayee for spearheading India during the Pokhran Tests, Kargil War and leading India into the new millennium, his poetic side is relatively less known to people.  Vajpayee, in an interview once told that he was a poet who accidentally entered into politics.

We bring you a few of the most beautiful lines from Atal Bihari Vajpayee’s poems you will absolutely love.

1. His beautiful take on broken dreams 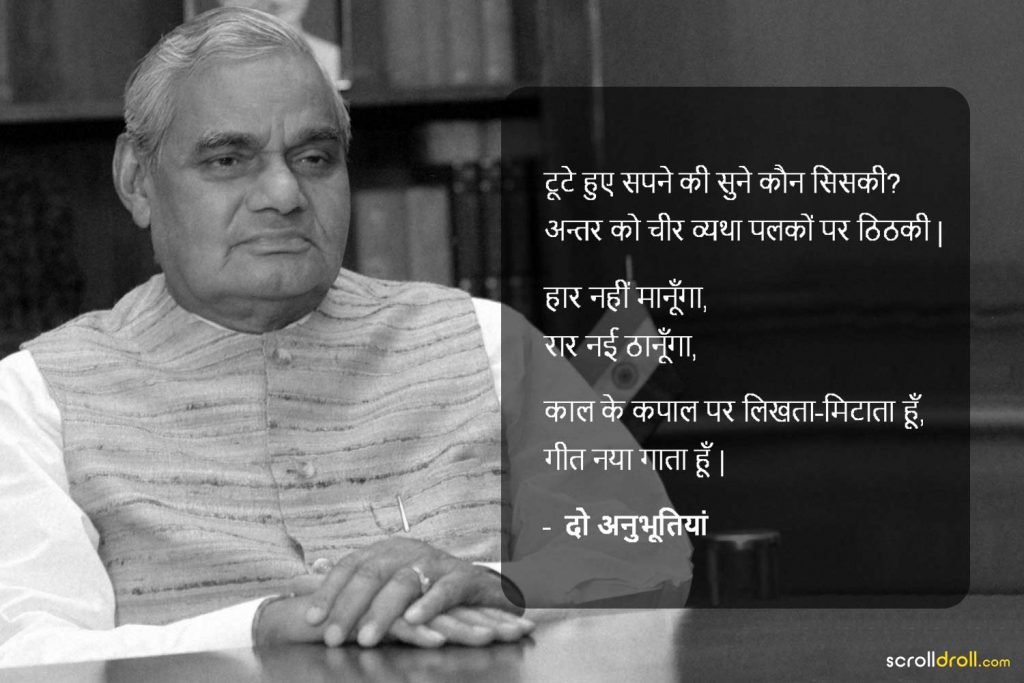 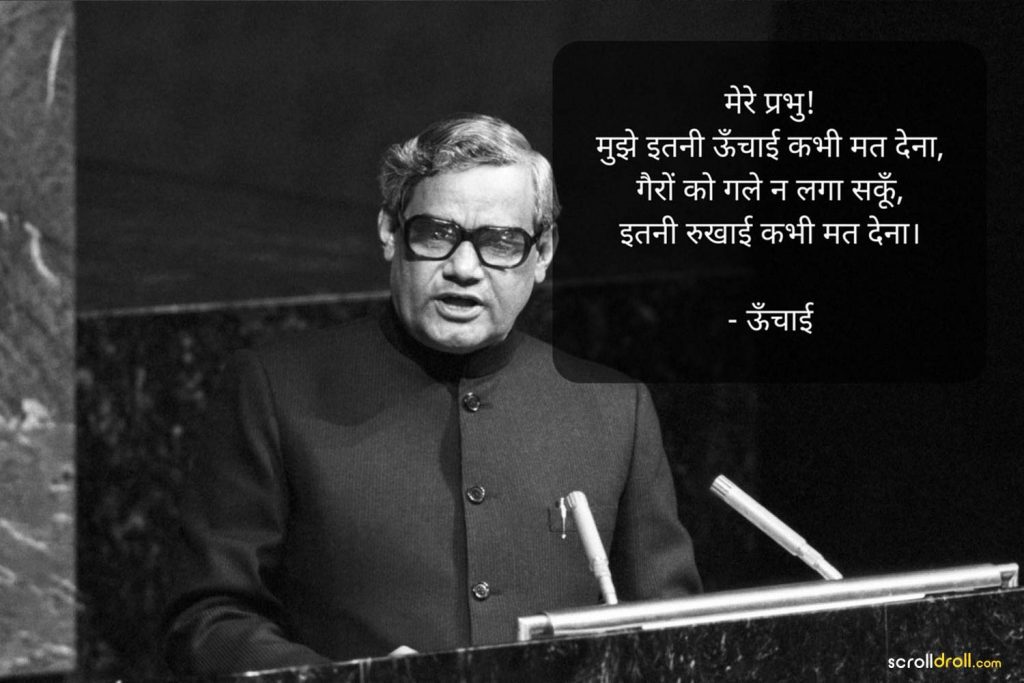 3. His undying love for the nation 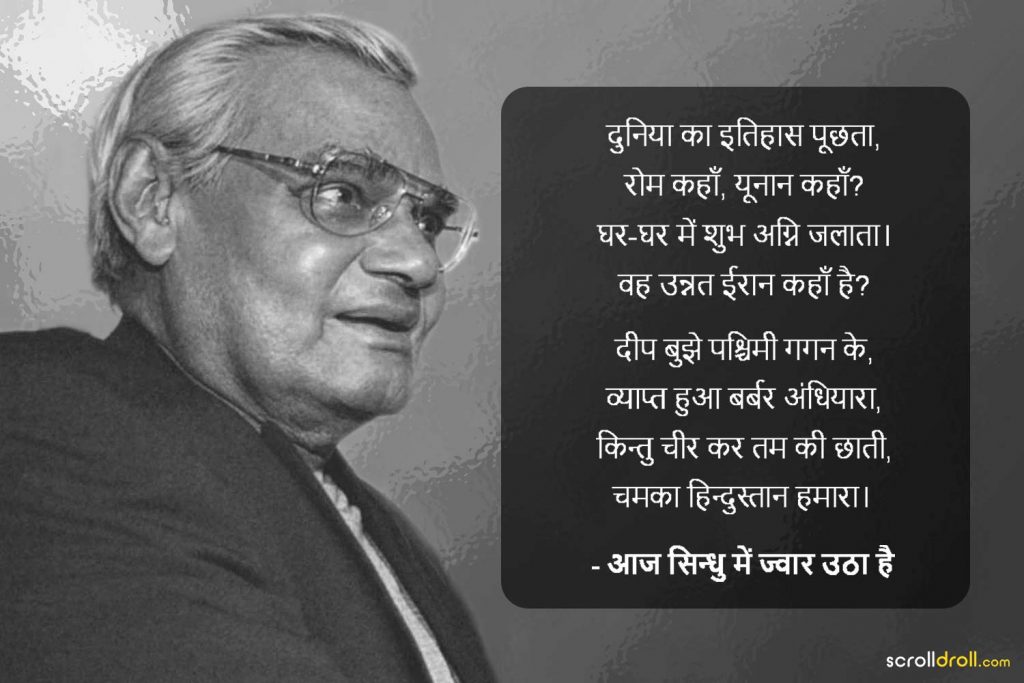 4. His adherence to Hinduism 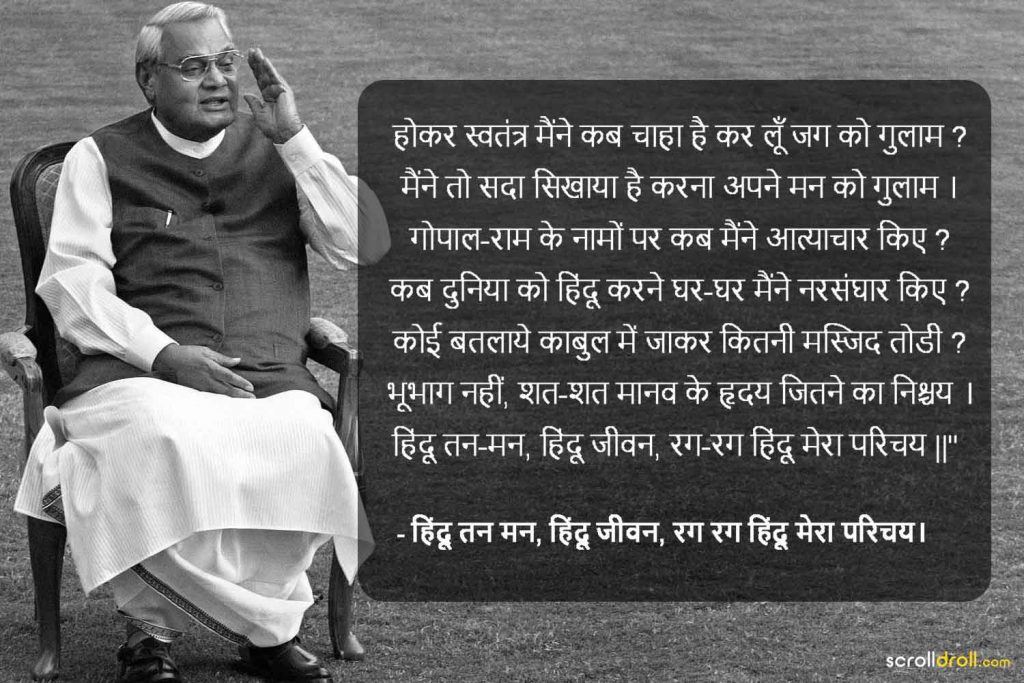 5. His wordplay on addressing neighboring nations 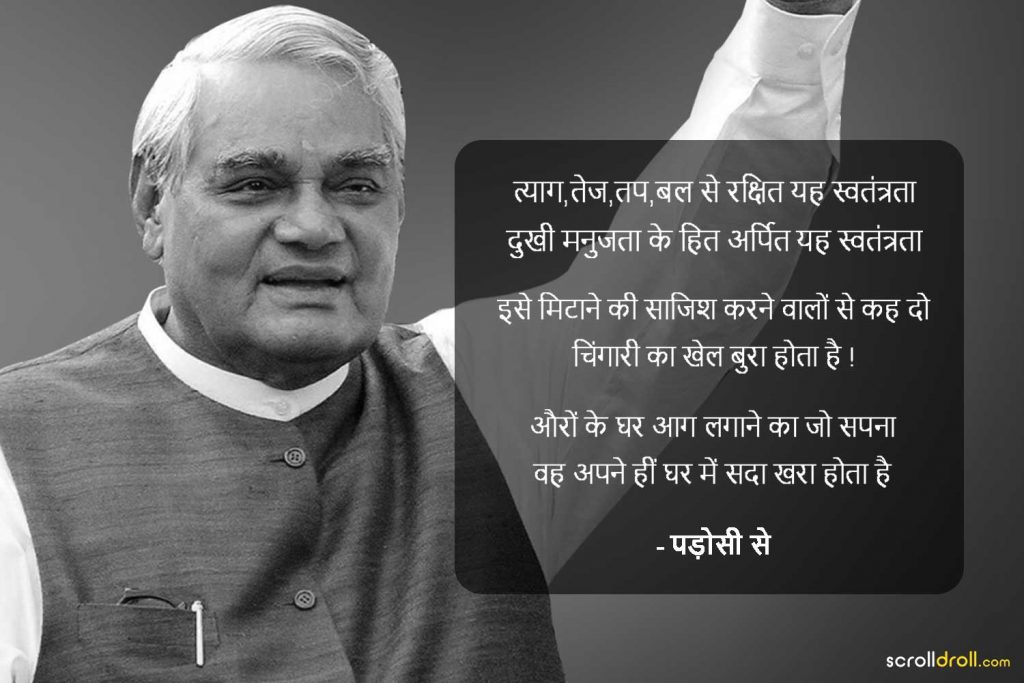 6. What Atal Bihari Vajpayee Ji has to say about death! 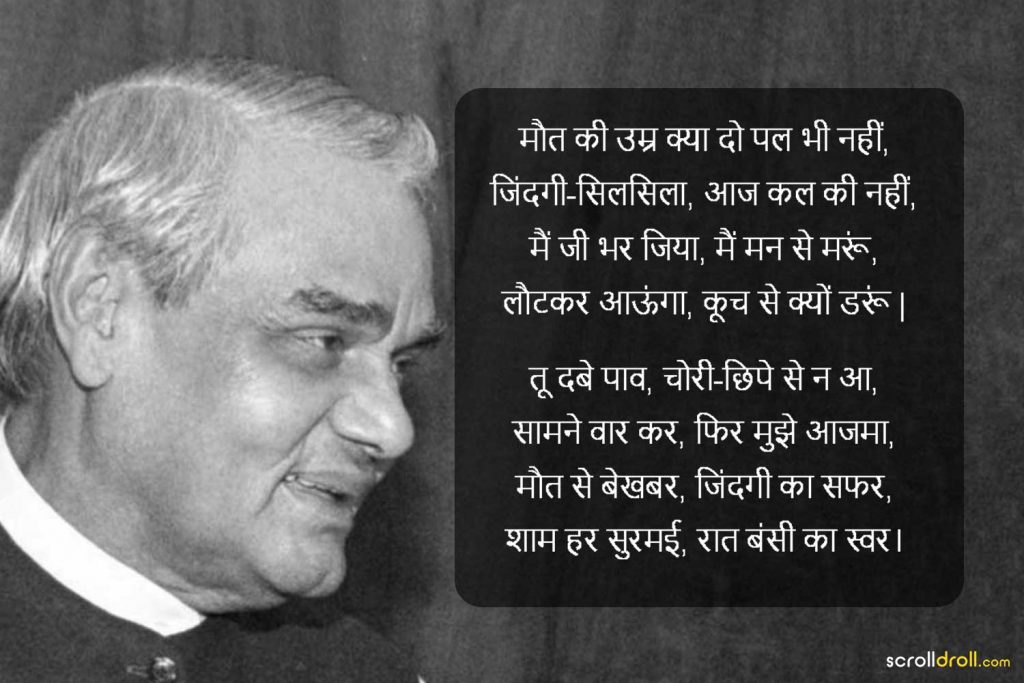 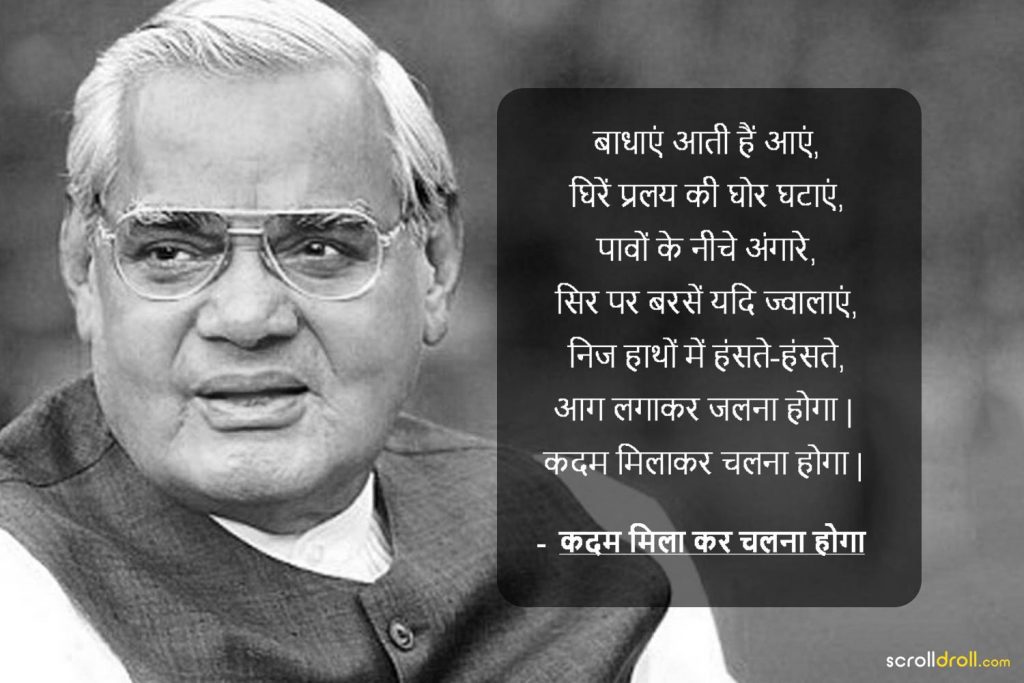 8. A poet in the truest sense 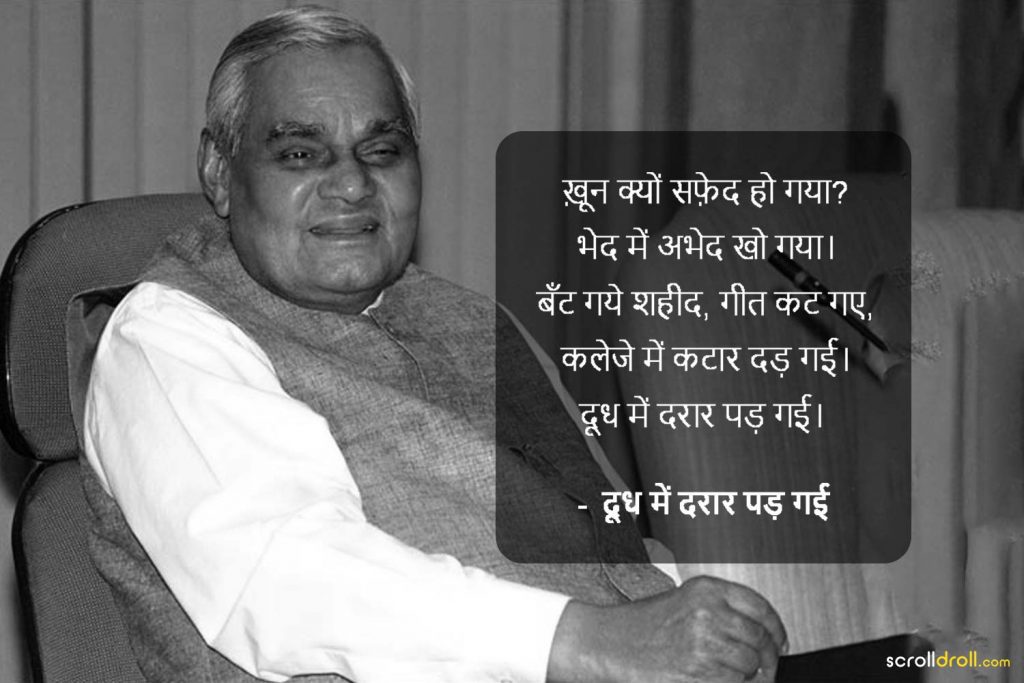 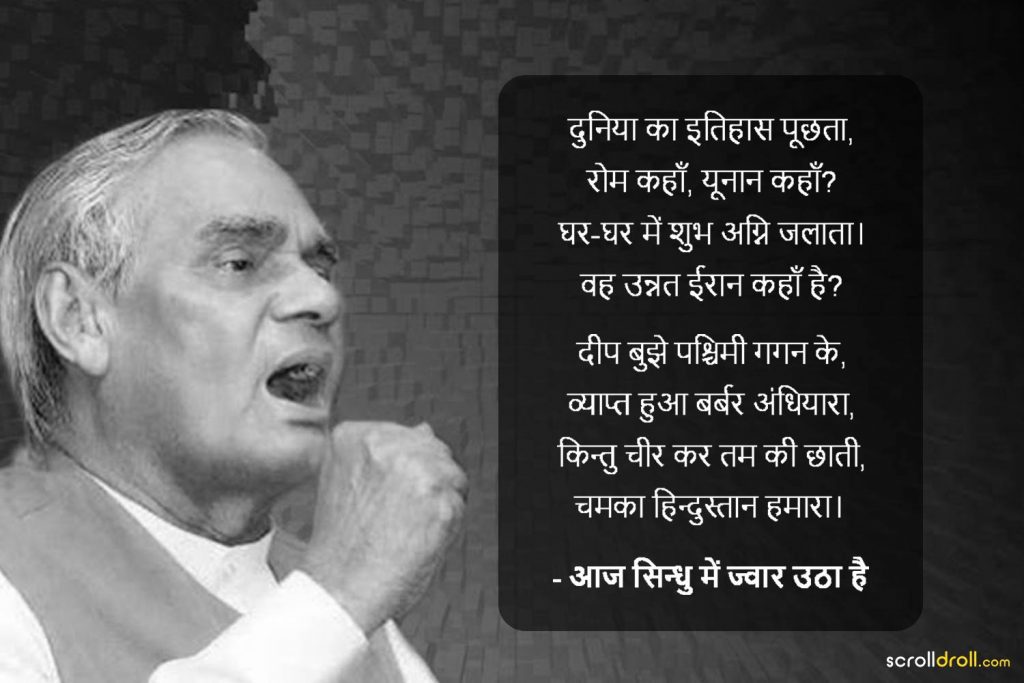 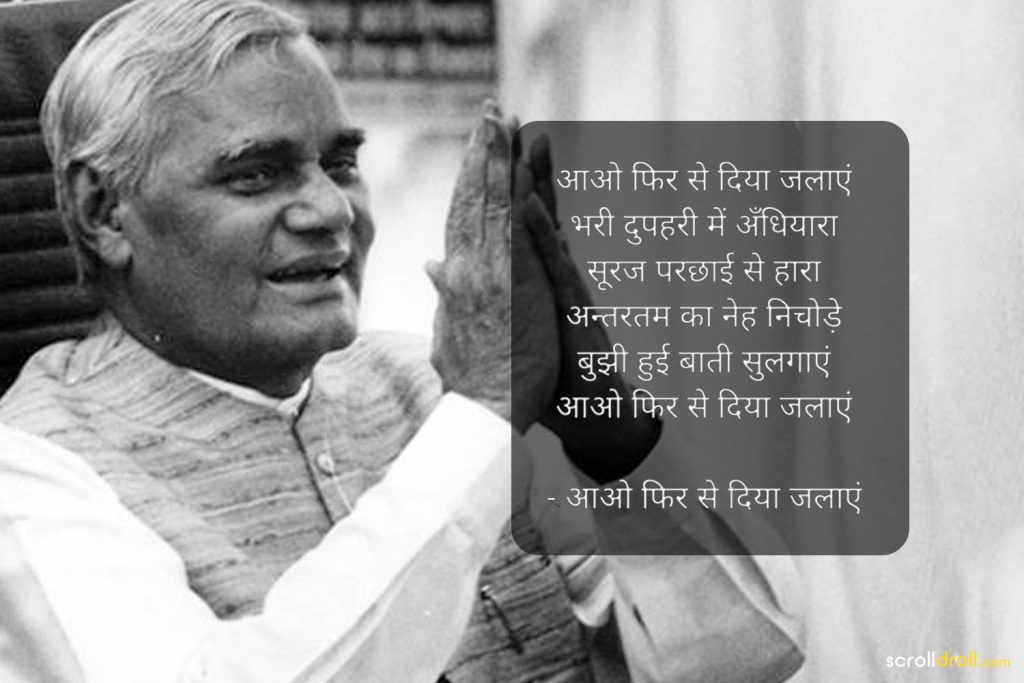 11. True to his religion 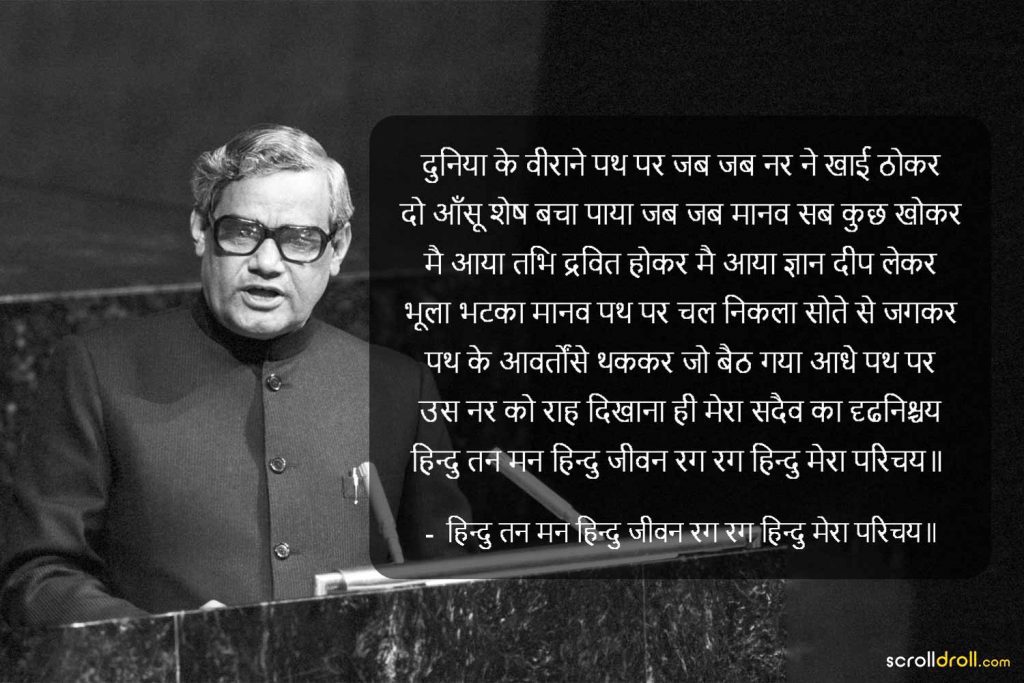 Aren’t his words just so good that you fall short of words of appreciation?