10 Best Malayalam Movies on Netflix You Should Stream Immediately

Malayalam movies are diverse and encompass several genres. These genres deserve to be explored by the mainstream audience. Their diversity and amazing inspection of multiple topics make the Malayalam film industry one of the most prolific industries in the entirety of India, and most definitely Asia. Netflix houses an amazing collection of Malayalam movies, compiling the best of the very best. Here are our recommendations for the best Malayalam movies on Netflix.

Uyare (English: Up Above) is a 2019 Indian Malayalam-language family drama film directed by Manu Ashokan (in his directorial debut), written by Bobby & Sanjay, and produced by the Shenuga, Shegna, and Sherga sister-trio. Parvathy Thiruvothu, Asif Ali, and Tovino Thomas appear in the film, which also features Siddique, Anarkali Marikar, and Prathap Pothen in supporting parts. The plot follows Pallavi Raveendran (Parvathy), an aviation student who survives an acid attack that puts her career in jeopardy. It is definitely one of the best Malayalam movies on Netflix. 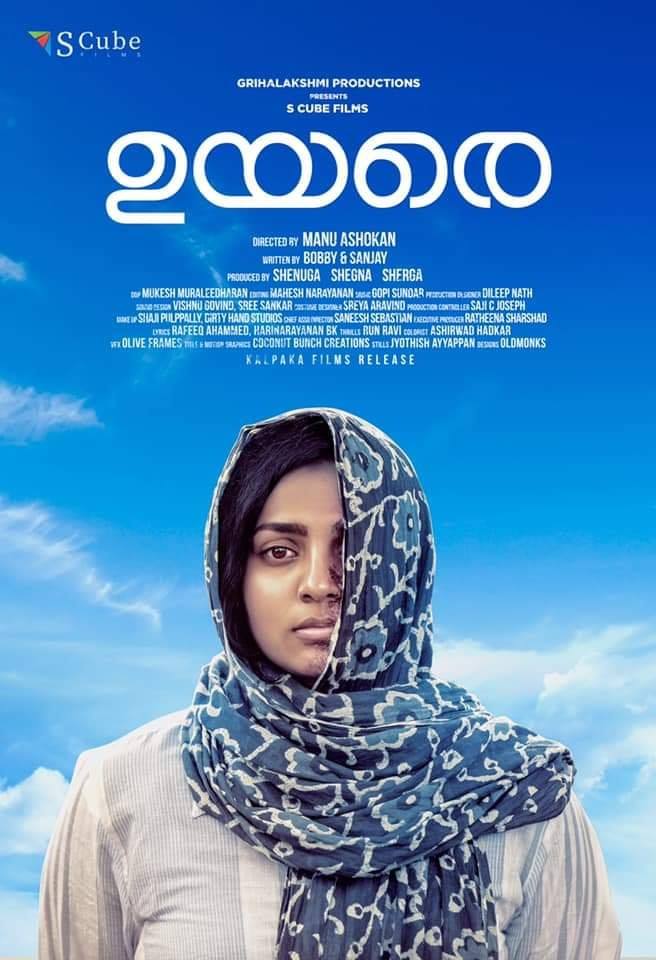 Irul (lit. “Darkness”) is a mystery thriller film directed by Naseef Yusuf Izuddin in his directorial debut in 2021 in Malayalam. Fahadh Faasil, Soubin Shahir, and Darshana Rajendran feature in the film, which is co-produced by Anto Joseph Film Company and Plan J Studios. On April 2, 2021, the film was published on Netflix as a streaming service. 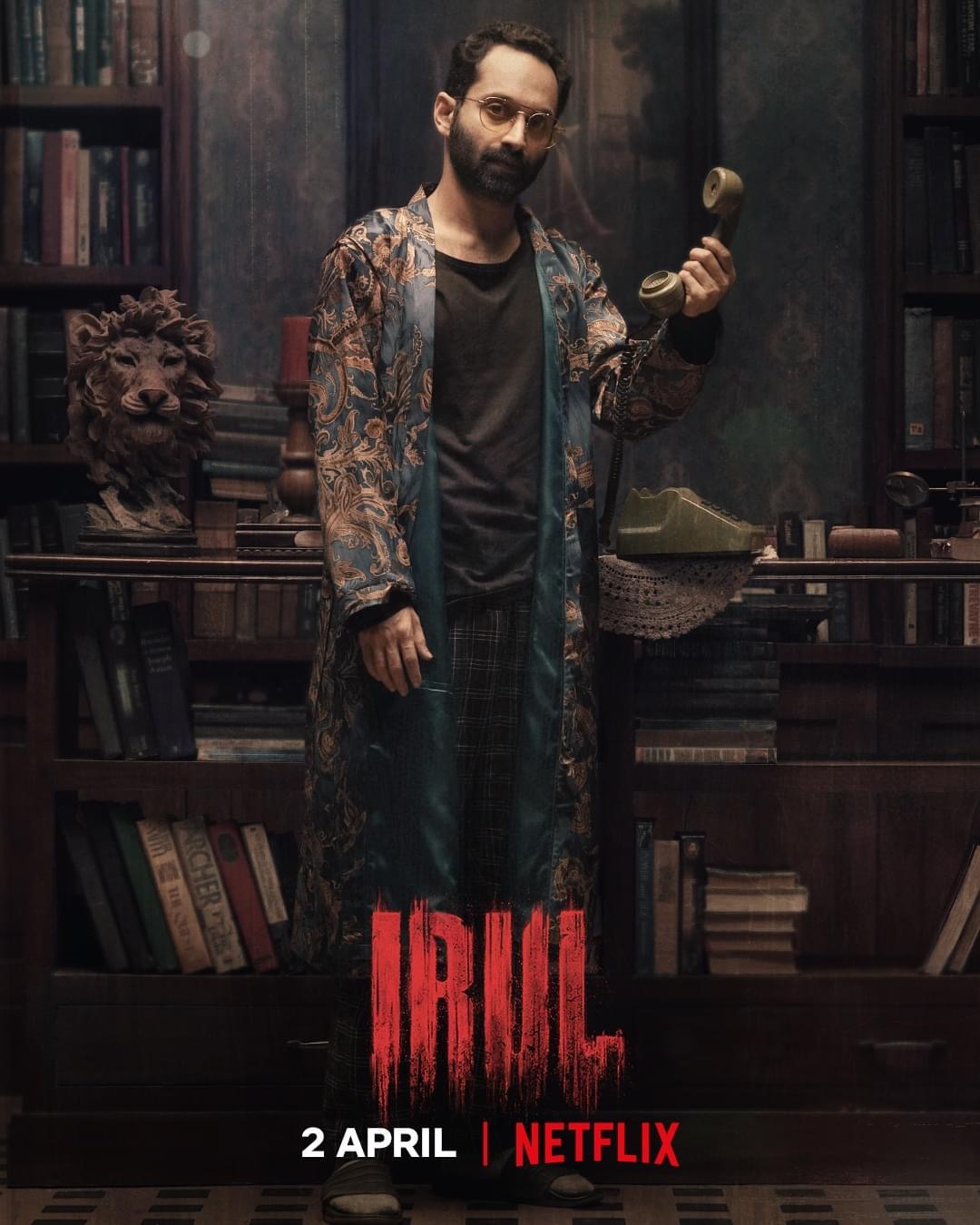 Tovino Thomas, Mamta Mohandas, Saiju Kurup, Renji Panicker, Dhanesh Anand, and Reba Monica John feature in Forensic, a 2020 Indian Malayalam-language psychological thriller film co-written and co-directed by Akhil Paul and Anas Khan in their directorial debut. The film premiered in Kerala, India, and the rest of the world on February 28, 2020, and in the Gulf Cooperation Council on March 4, 2020. 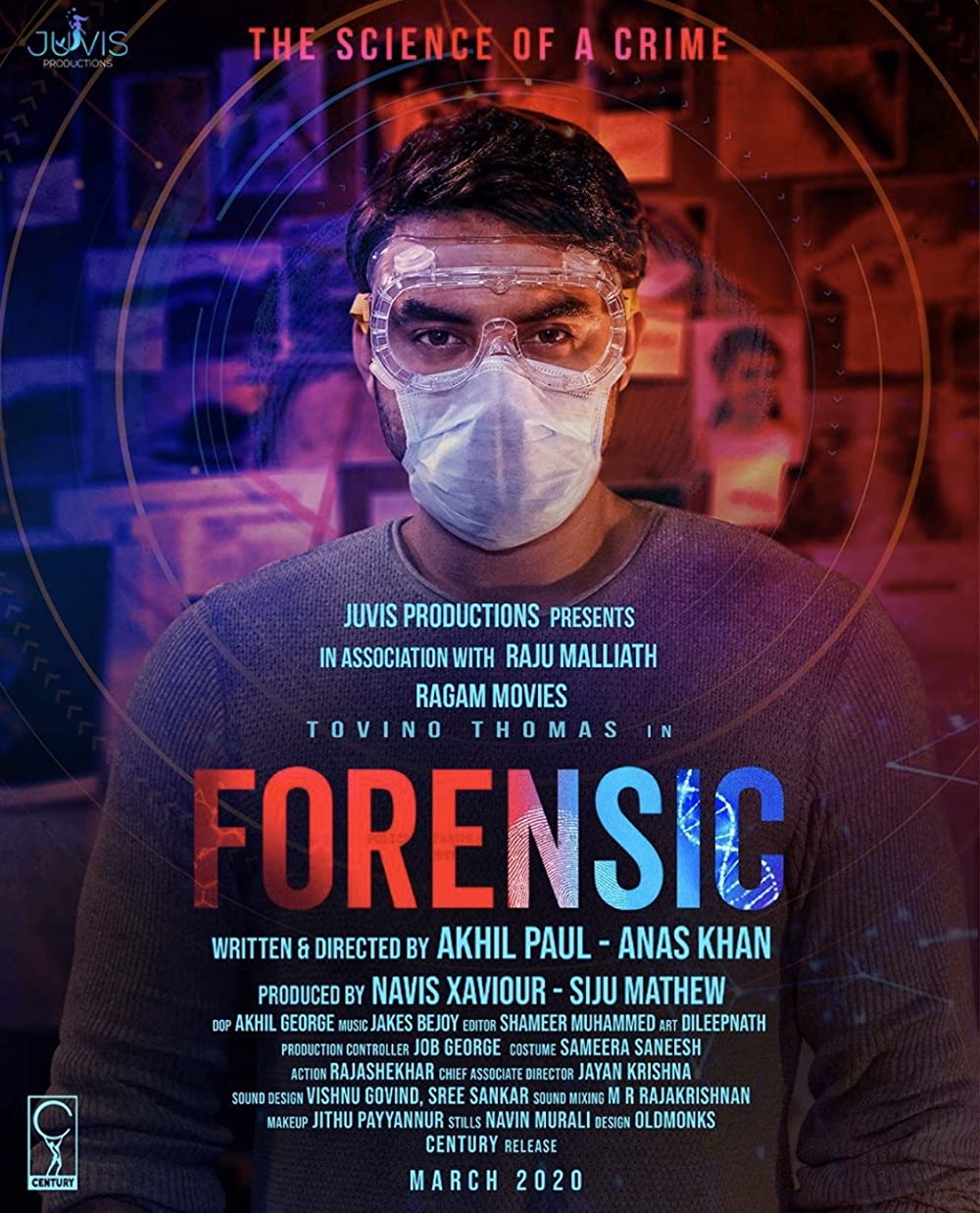 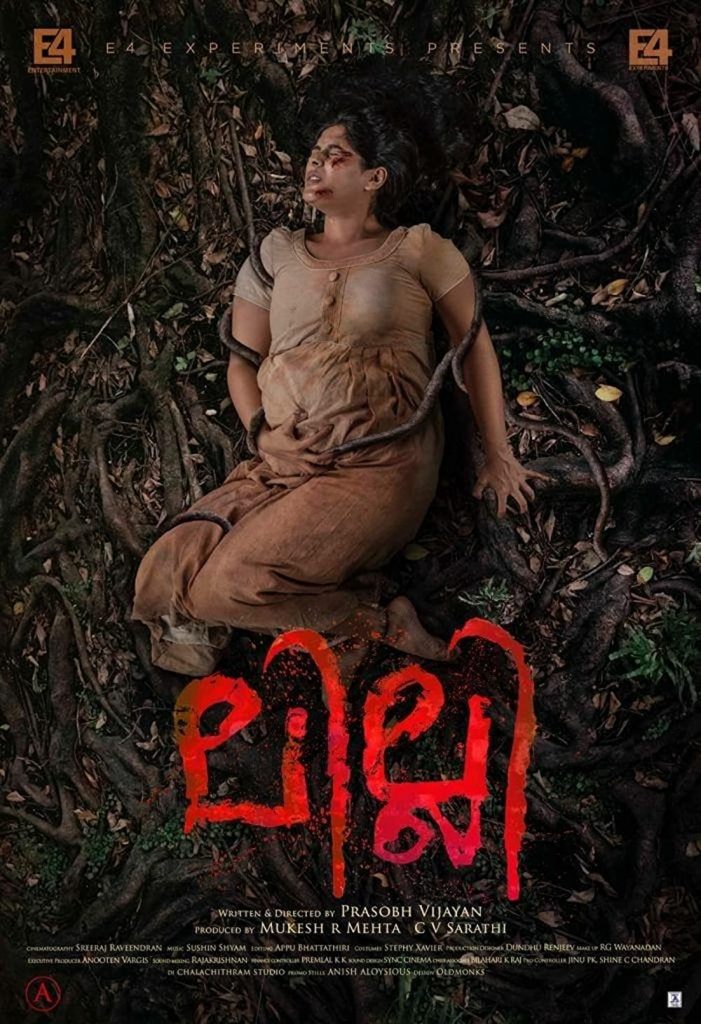 Martin Prakkat directed and co-produced Nayattu, a 2021 Indian political survival thriller film written by Shahi Kabir. Kunchako Boban, Joju George, and Nimisha Sajayan star in the key roles, with Jaffar Idukki, Anil Nedumangad, and Hakkim Shajahan providing assistance. The film is edited by Mahesh Narayanan and Rajesh Rajenndrran, with cinematography by Shyju Khalid. The original melody and background score were composed by Vishnu Vijay. Gold Coin Motion Picture Company and Martin Prakkat Films collaborated on the picture, which was directed by Ranjith and produced by P. M. Sasidharan. The film was released on April 8, 2021, to critical acclaim for its direction and performances by the cast. It was shortlisted for India’s Best International Film nomination at the 94th Academy Awards in October. It is undoubtedly a compulsory mention when it comes to compiling a list of all the best Malayalam movies on Netflix and beyond. 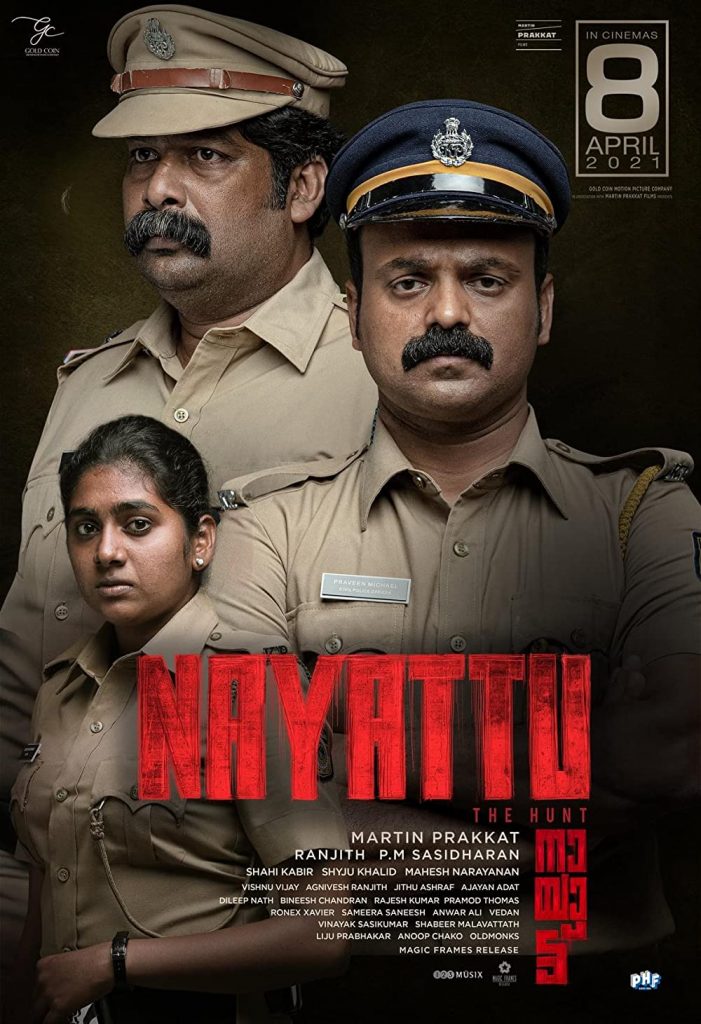 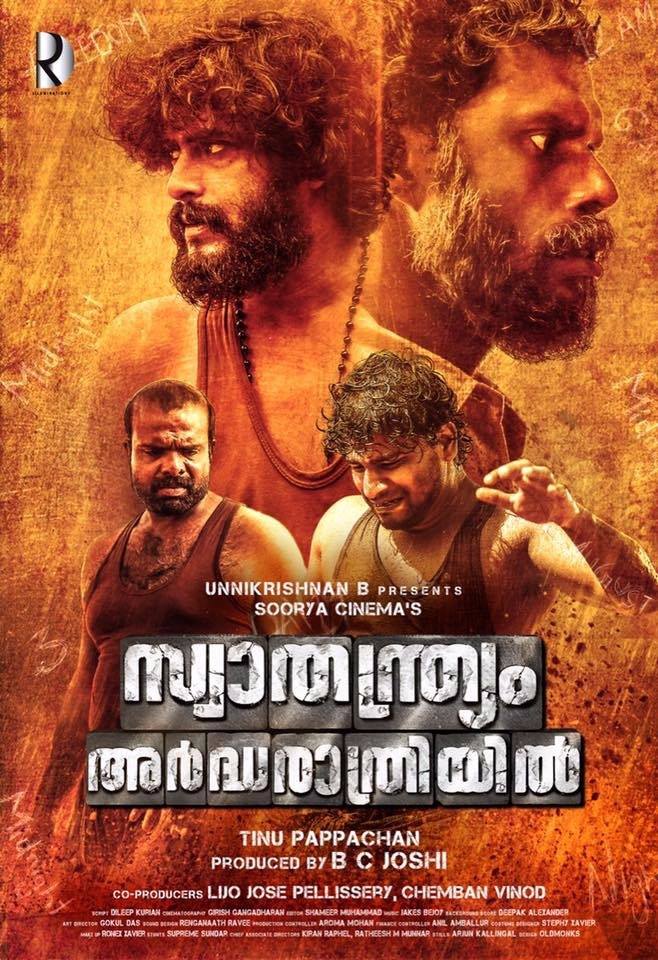 Angamaly Diaries is a 2017 Indian Malayalam-language criminal drama film written by Chemban Vinod Jose and directed by Lijo Jose Pellissery. Antony Varghese, Anna Rajan, Kichu Tellus, Ullas Jose Chemban, Vineeth Vishwam, Bitto Davis, Tito Wilson, Sarath Kumar, and Sinoj Varghese are among the 86 debutants in the film. The plot concerns Vincent Pepe (Antony Varghese), who, like his forefathers, aspires to be a great leader of a righteous gang that would control the town of Angamaly. In the end, the film features an entire 11-minute take with over 1000 artists. It was voted one of the top 25 Malayalam films of the decade by The Hindu, and is definitely one of the best Malayalam movies on Netflix. 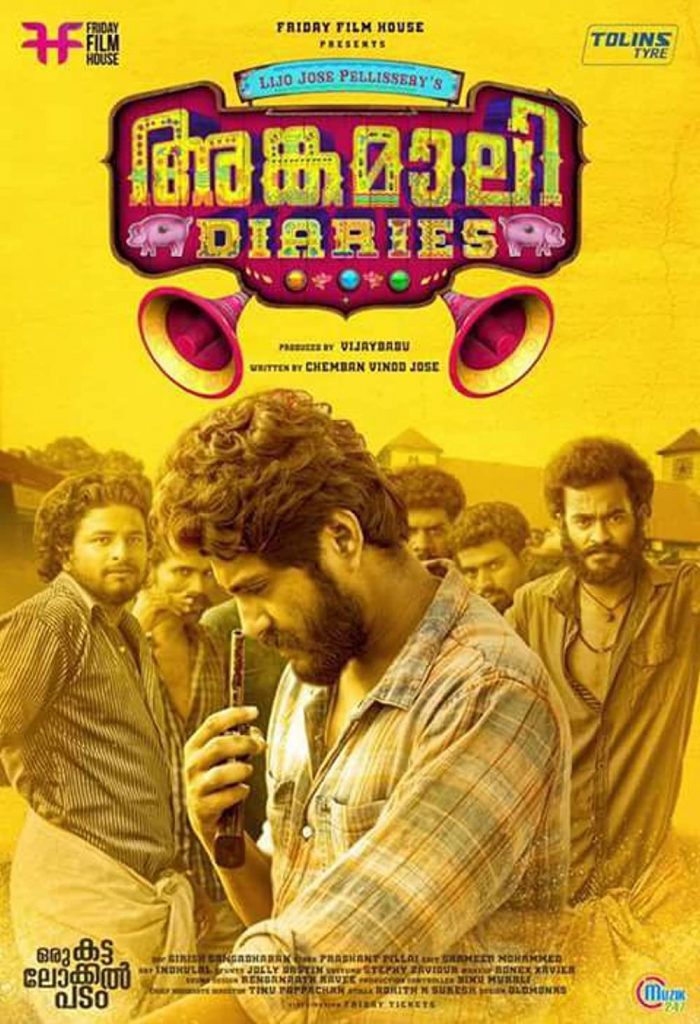 Njan Prakashan (I, Prakashan) is a 2018 Indian Malayalam-language satire comedy film directed by Sathyan Anthikad and written by Sreenivasan, starring Fahadh Faasil. Under the brand of Full Moon Cinema, Sethu Mannarkkad produced the film. On December 21, 2018, the film was released to rave reviews. It became one of the highest-earning Malayalam films of all time at the box office, grossing 52 crores in just 40 days of release. 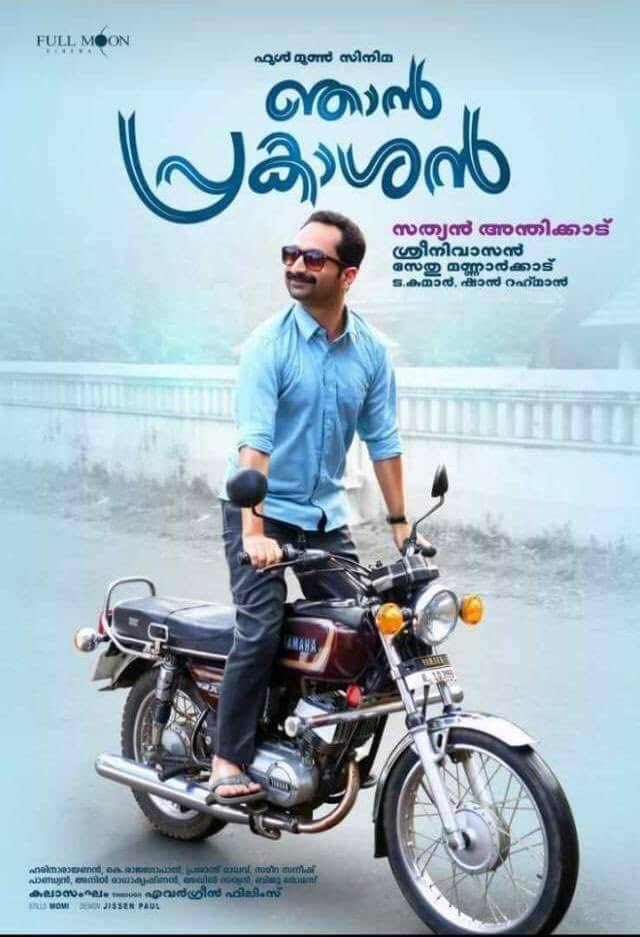 Kurup is a 2021 Indian Malayalam-language crime thriller film directed by Srinath Rajendran and based on the life of wanted criminal Sukumara Kurup. It stars Dulquer Salmaan in the lead role, with Indrajith Sukumaran, Shine Tom Chacko, Sobhita Dhulipala, Sunny Wayne, Bharath Srinivasan, Shivajith, Surabhi Lakshmi, Vija Sushin Shyam wrote the film’s soundtrack and songs. Critics and audiences praised the composition, production design, characterization, and performances, and it gained critical acclaim. At the box office, the picture is a commercial triumph. It is currently the third highest-grossing Malayalam film and has set a number of other box office records, notably for films released during the pandemic, making it an undeniable mention when it comes to naming the best Malayalam movies on Netflix. 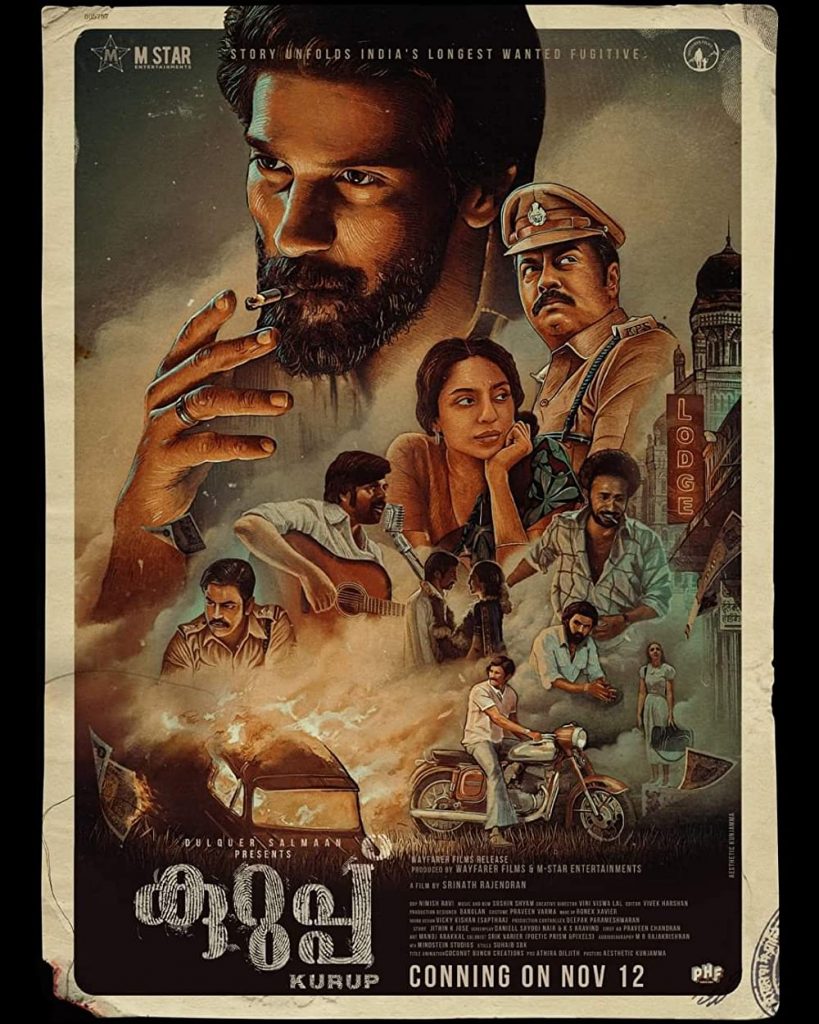 A. D. Sreekumar, Ganesh Menon, and Lakshmi Warrier produced Vikruthi (Mischief), a 2019 Indian Malayalam comedy-drama film directed by Emcy Joseph and produced by A. D. Sreekumar, Ganesh Menon, and Lakshmi Warrier. Suraj Venjarammoodu and Soubin Shahir play key roles in the film. The film is based on genuine events that occurred on a Kochi Metro train, where a passenger assumed a sleeping, hearing/speech-impaired guy was drunk and took a picture of him and published it online. After the video becomes viral, it bothers the man and his family. On October 4, 2019, the film was released. Payanigal Gavanikkavum was the Tamil remake of the film. 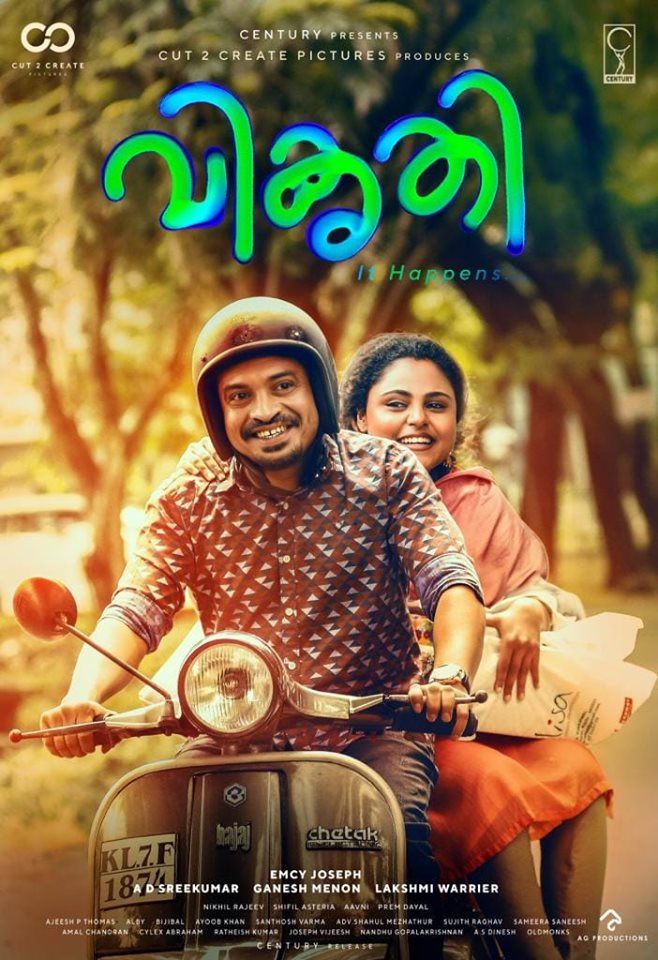 We hope that this list helps you find some new favorites and you find yourself amidst good content while checking out our recommendations curated with care, by us, for you.