10 Best Marathi Movies That You Must Watch Right Away!

It is without a doubt that Marathi films are secretly the treasure trove of Indian cinema. While South Indian movies and Bengali movies receive their fair share of attention for some of the great movies they make, Marathi movies are often overlooked at the national level and people simply do not know what they have been missing out on. Marathi cinema currently boasts of some of the best talents in the industry, moreover, filmmakers are not afraid of experimenting with genres and storylines. Marathi movies can also be refreshingly and unapologetically honest, which is something that is missing from most Hindi movies today. With that, we bring you the 10 best Marathi movies that you ought to watch right away!

Now, onto our list of the best Marathi movies you should watch:

Sairat follows the story of a young couple, Archi and Parshya, who fall in love with each other while at college. However, Archi belongs to an upper caste family, while Parshya belongs to a poor, lower-class family. When Archi’s father finds out about the couple, he decides to tear them apart. 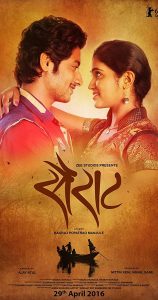 The Silence follows the story of a little girl named Chinni whose alcoholic father sends her over to her rich uncle’s house. Her aunt, who doesn’t have any children of her own and is abused by her husband, looks after Chinni, and all is well until Chinni’s world comes crashing in front of her. 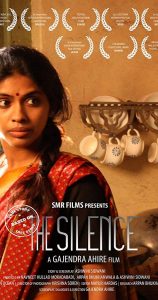 After the powerful sarpanch of the Ambergaon village, Nivrutti Umbe dies, his family members quarrel amongst themselves to figure out who gets to take Nivrutti’s place as head of the village. 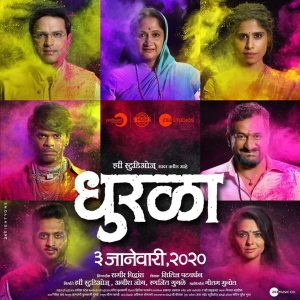 Bioscope is an anthology of four stories. The first story is about successful musicians and their ambitions, the second story is about a man who is too shy to profess his feelings to the woman he loves, the third story is about an educated farmer who feels frustrated with his situation, and the fourth is about a young woman coming to terms with her sexuality. 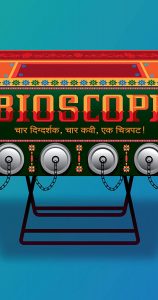 Katyar Kaljat Ghusli is set during the British Raj. The Maharaja of the princely state of Vishrampur announces that whoever wins the annual singing competition will also win the title of the Royal singer, Indian classical singer Pandit Bhanu Shankar Shastri is challenged by another classical singer named Khansaheb Aftab Hussain Bareliwale. After Khansaheb loses to Pandit Bhanu for 14 consecutive years, in desperation, he hatches a plot. 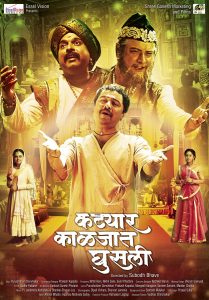 Days before Ganesh Chaturthi, one of the eldest and most loved members of the Kamerkar family, Gajju Kaka, falls severely ill and is put on the ventilator in a hospital in Mumbai. Raja, a successful Bollywood director, who also happens to be Gajju Kaka’s favorite nephew, pays him a visit at the hospital, where he can’t help but notice how all the family members are absorbed in their own issues. 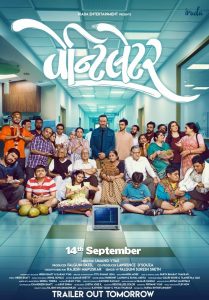 Alok and Indu have been dating for over three years, however they abruptly decide to break up. When Alok’s parents get to know about the breakup, they try to get them to talk to each other and get back together. In flashbacks, the viewer is shown what led to the couple ultimately breaking up. 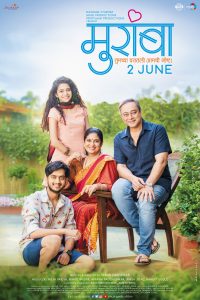 Kachcha Limbu follows the story of a couple, Shaila and Mohan, who live with their son, lovingly nicknamed Bachchu, who has an intellectual disability. The movie throws light on the difficulties faced by people who take care of children with special needs, and the sacrifices they make. 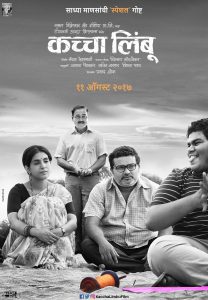 Bhaskara lives a lonely life with his dog and his servant after the death of his wife. Cut off from all his kids, his is a bitter existence. However, one day he comes to a realisation, and decides to make amends with his estranged children. 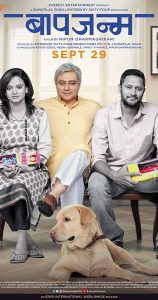 Set in the 19th century, Anandi Gopal follows the real-life story of Anandi Gopal Joshi, a young girl from British Raj India, who was married off at the age of 9 to a man 20 years older than her. Her husband, Gopalrao Joshi, however, was progressive in his thought, and when Anandi showed interest in learning medicine, he encouraged her to be one of India’s first female physicians. 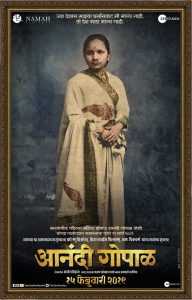 Did you like our suggestions for the best Marathi movies to watch? Comment below to tell us your favourite one!

25 Best Bollywood Friendship Songs to Share With Your BFF