A legendary author, journalist, lecturer and adventurer, Mark Twain is one of the most celebrated figures in the world literature fraternity. His novels The Adventures of Tom Sawyer (1876) and Adventures of Huckleberry Finn (1885) are regarded as pieces of classical English literature and is read by millions across the world. Mark Twain quotes are often mentioned in speeches, literary work and at other places for the sheer amount of truth and lessons they reflect.

1. “If you tell the truth, you don’t have to remember anything.” 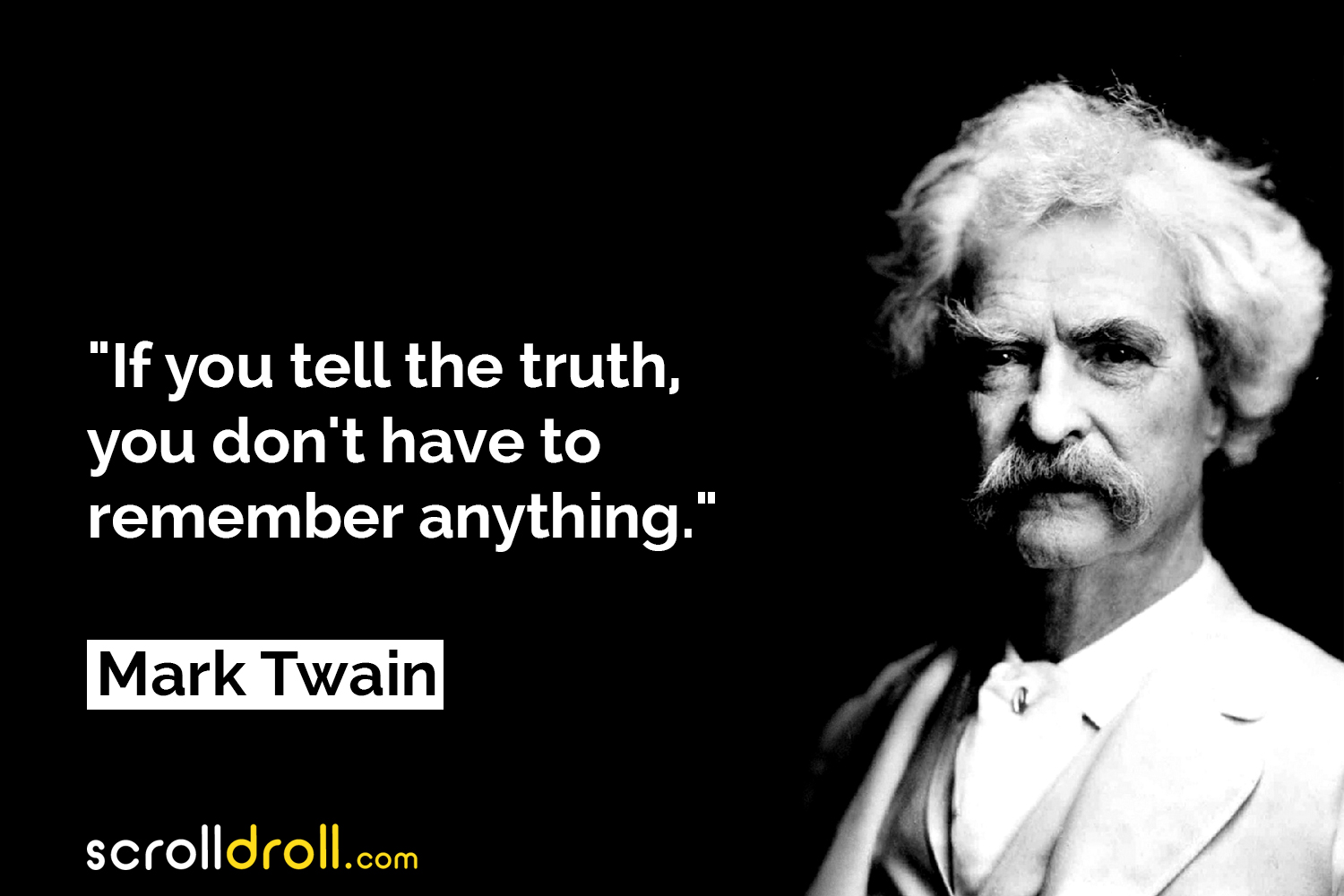 2. “A lie can travel half way around the world while the truth is putting on its shoes.” 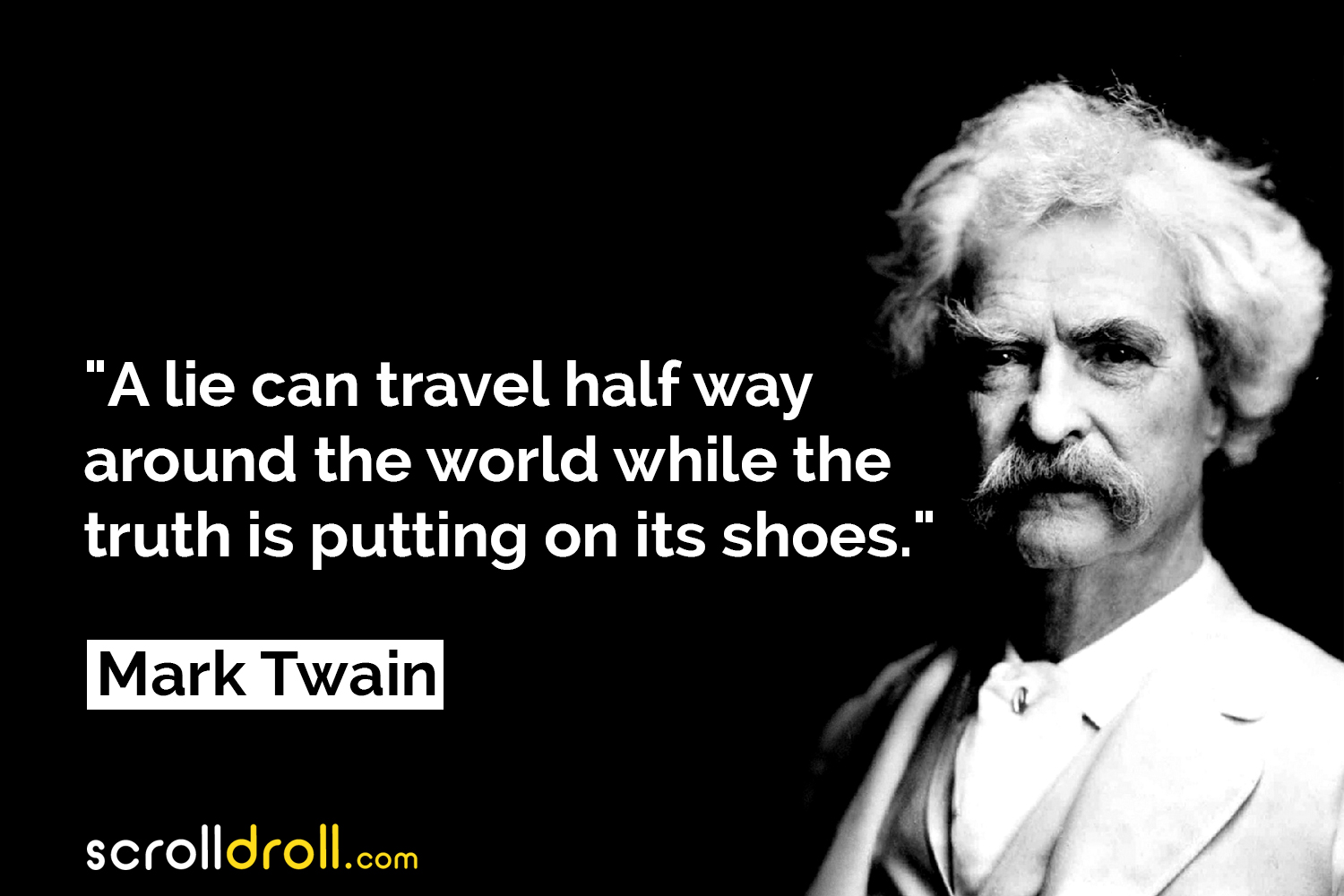 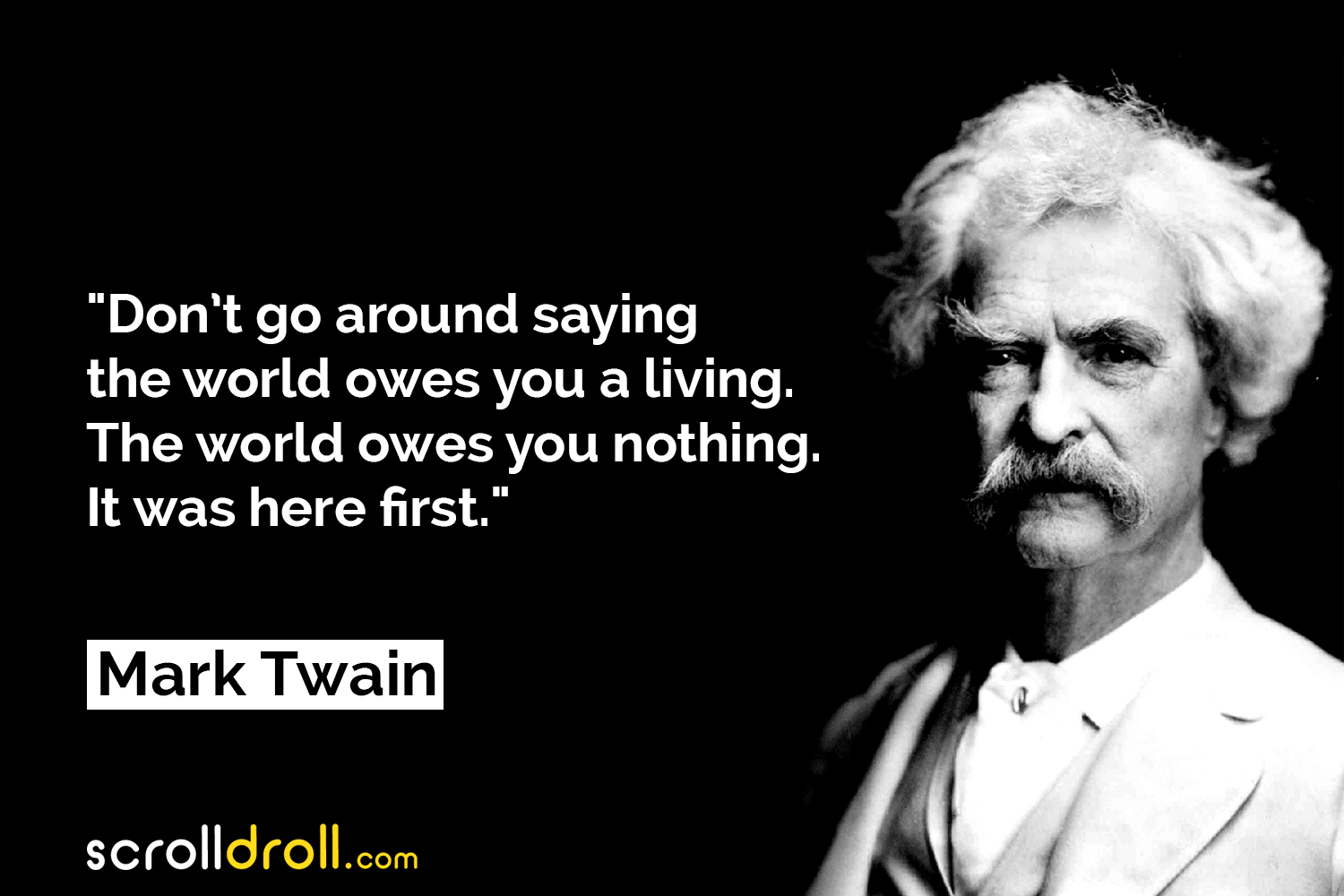 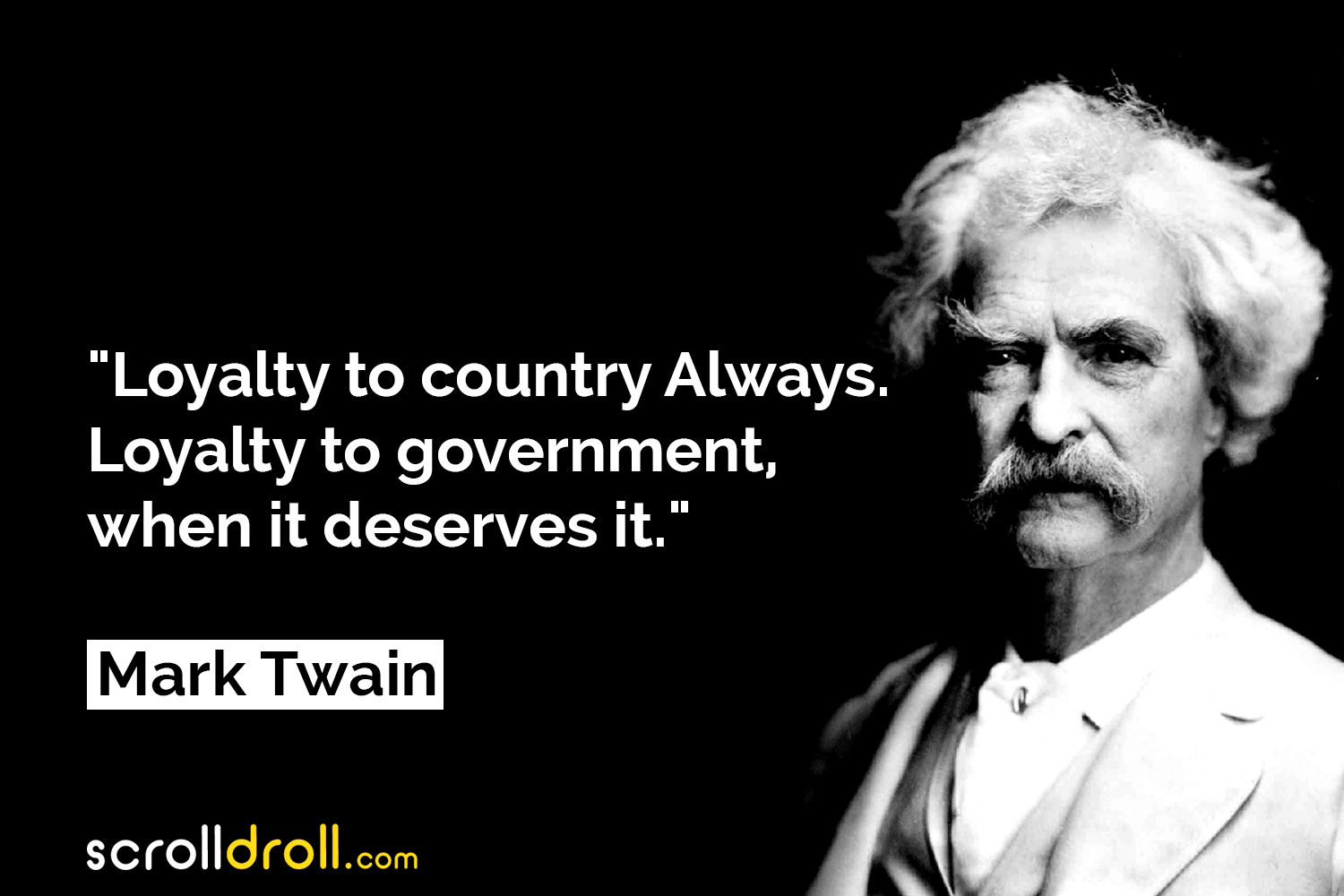 5. “Wrinkles should merely indicate where the smiles have been.” 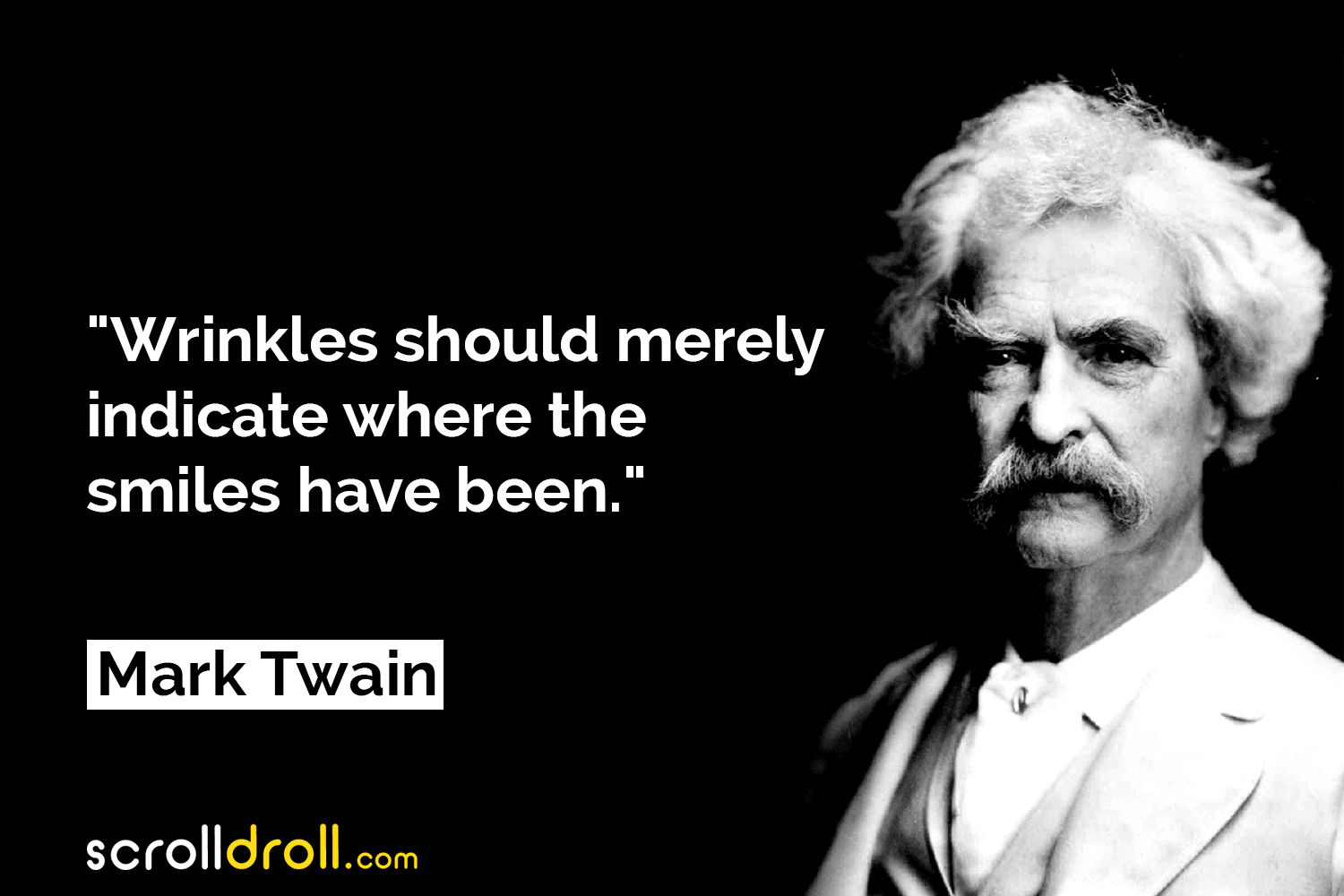 6. “I do not fear death. I had been dead for billions and billions of years before I was born, and had not suffered the slightest inconvenience.” 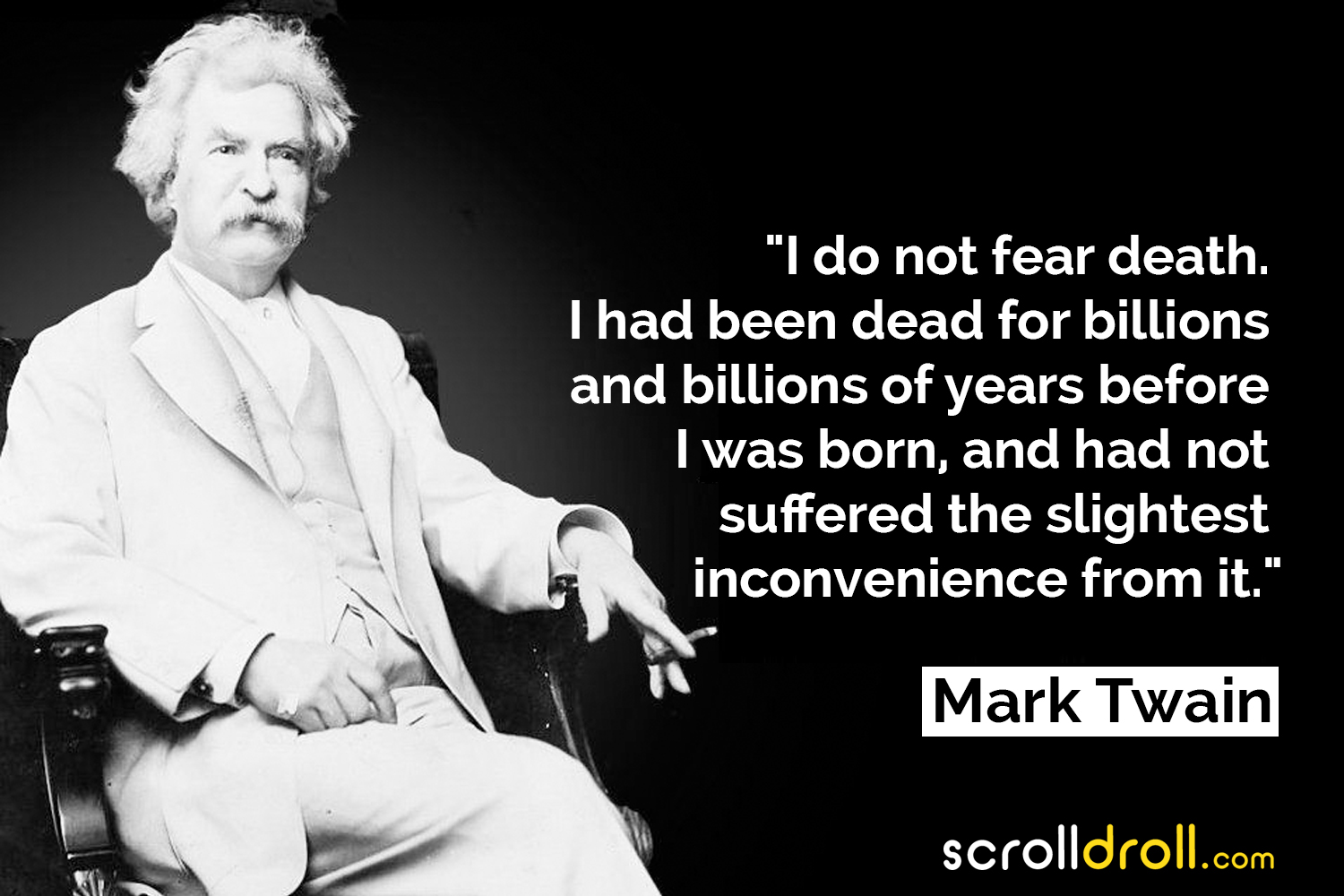 7. “When I was a boy of 14, my father was so ignorant I could hardly stand to have the old man around. But when I got to be 21, I was astonished at how much the old man had learned in seven years.” 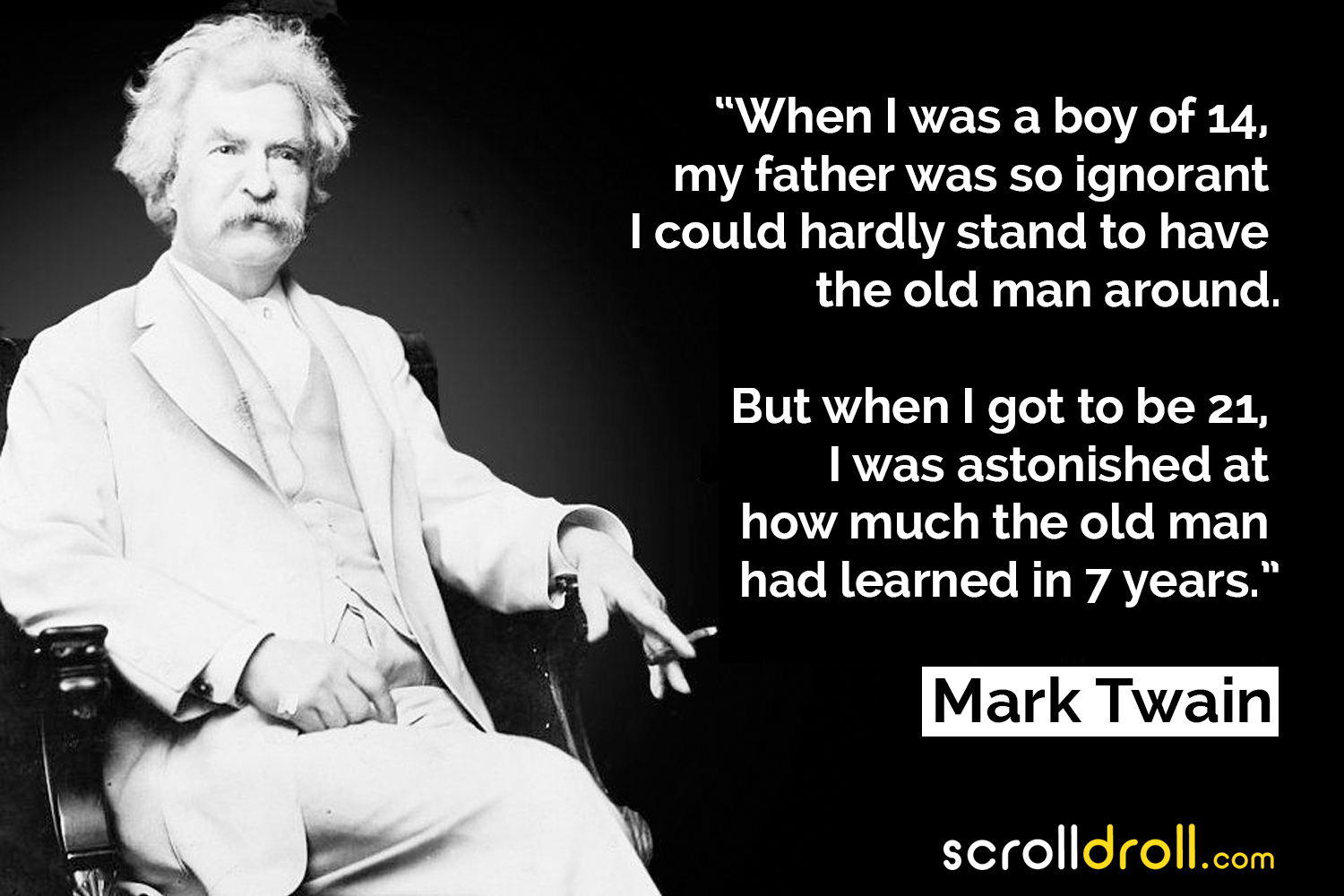 8. “Truth is stranger than fiction, but it is because Fiction is obliged to stick to possibilities; Truth isn’t.” – The famous Mark Twain quote from Following the Equator: A Journey Around the World 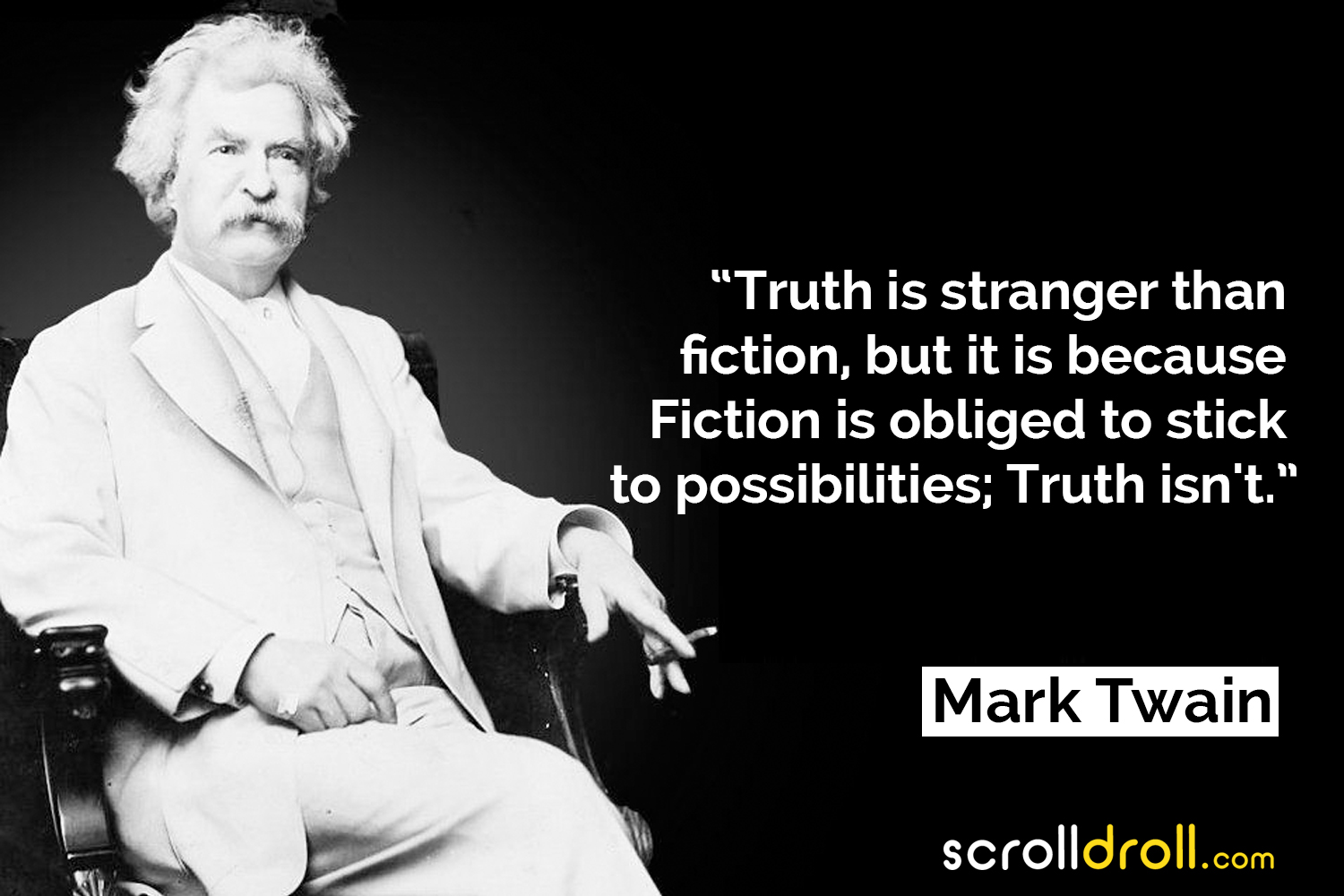 9. “Never allow someone to be your priority while allowing yourself to be their option.” 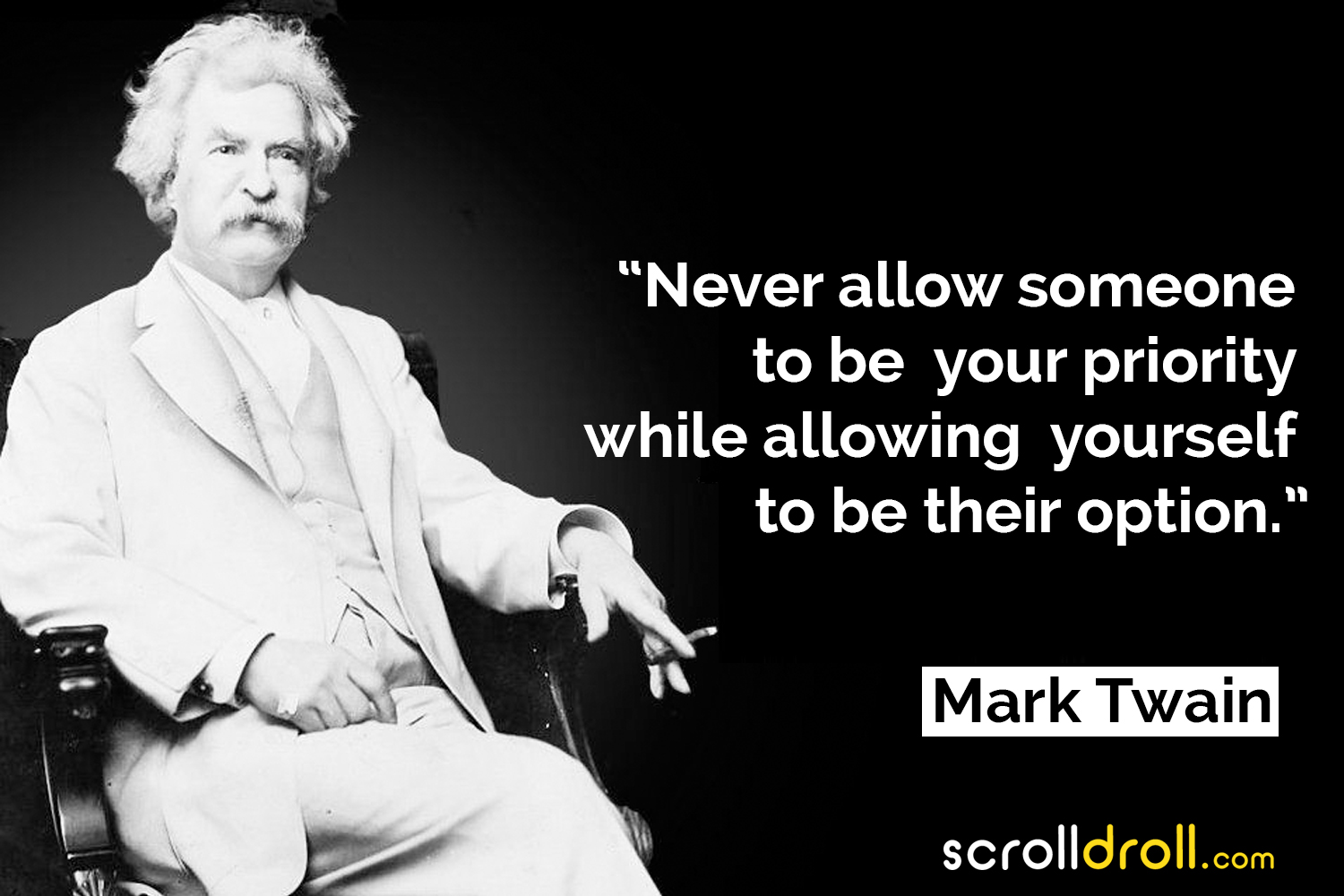 10. “If you pick up a starving dog and make him prosperous he will not bite you. This is the principal difference between a dog and man.” 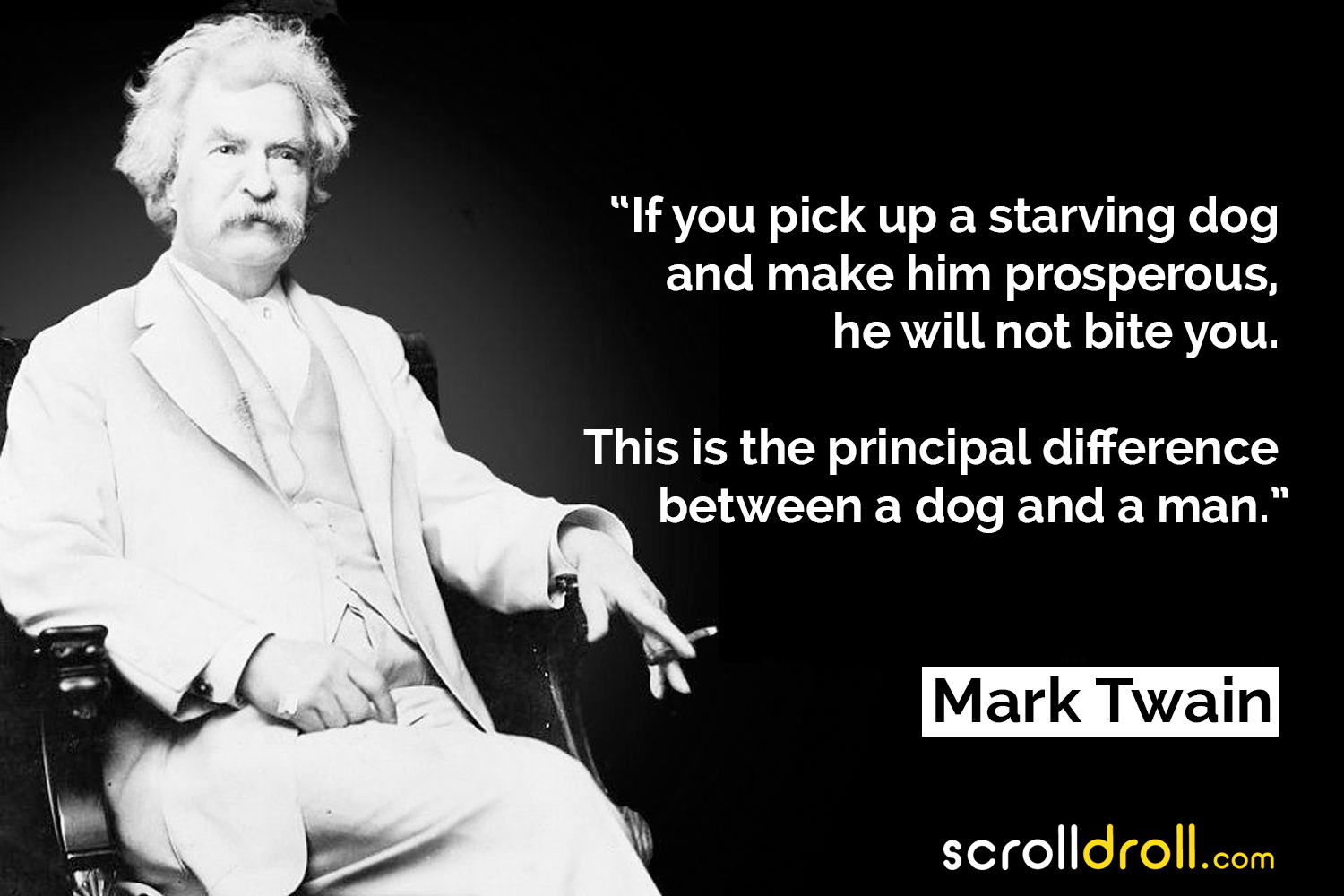 11. “The fear of death follows from the fear of life. A man who lives fully is prepared to die at any time.” 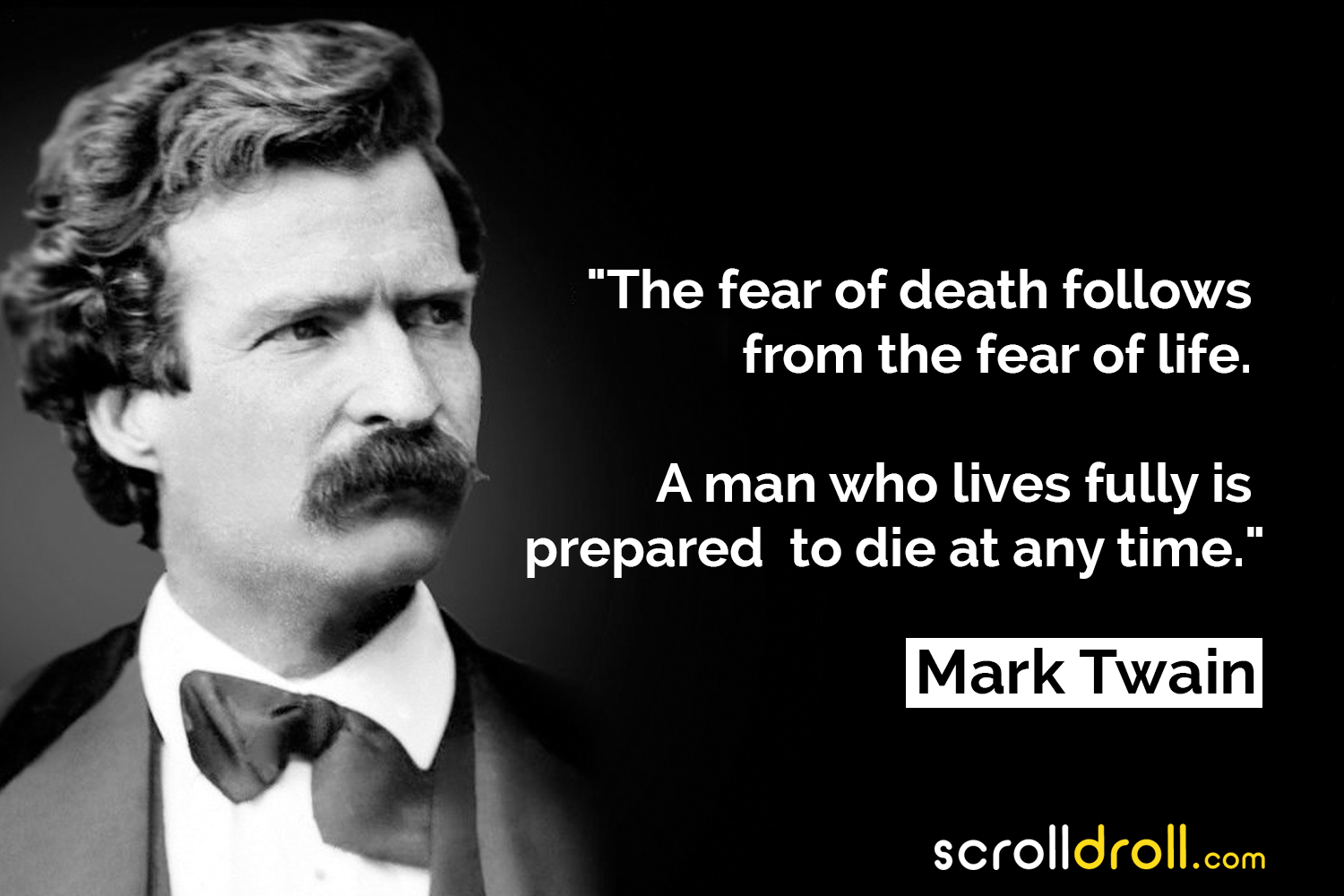 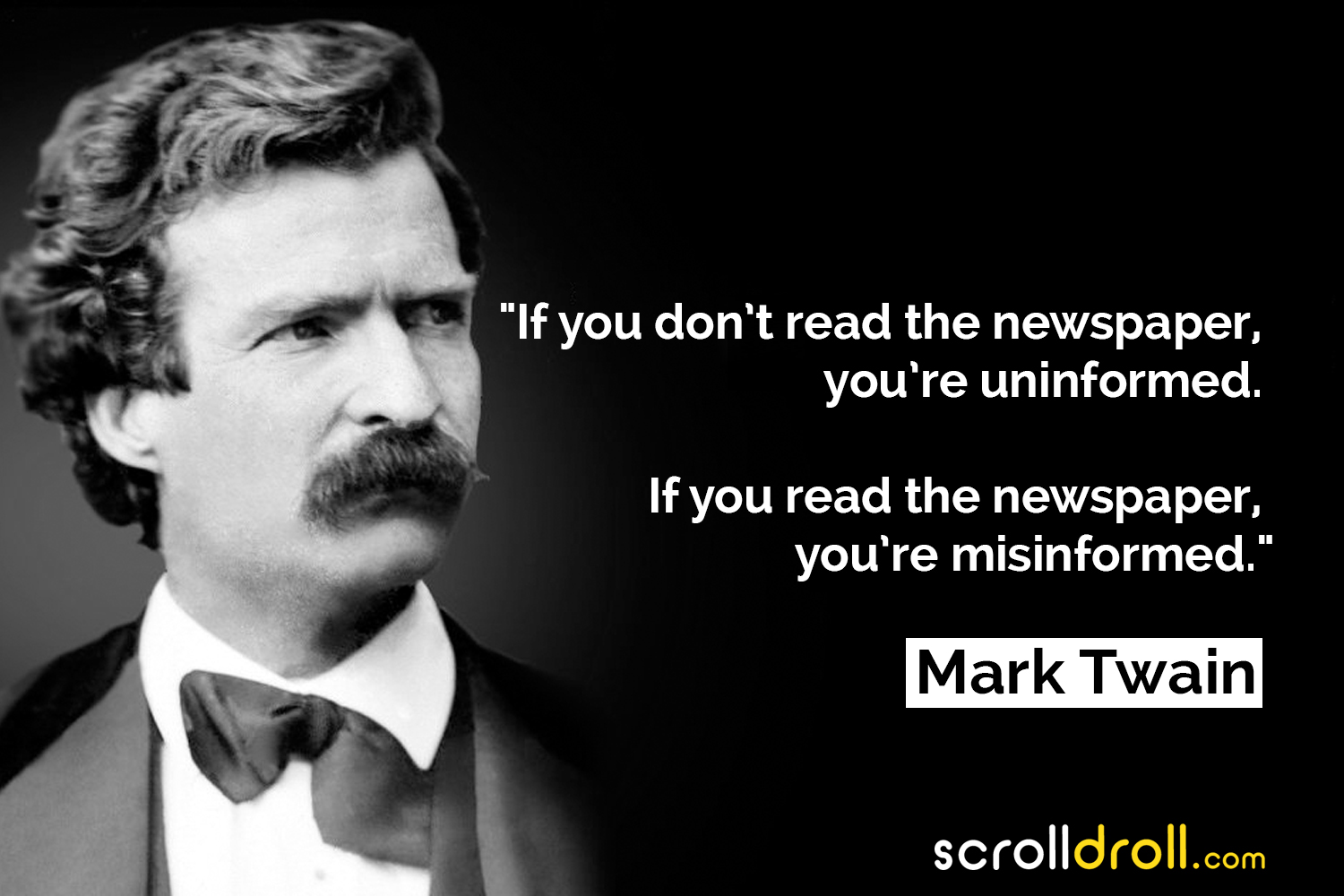 13. “Courage is resistance to fear, mastery of fear, not absence of fear.” 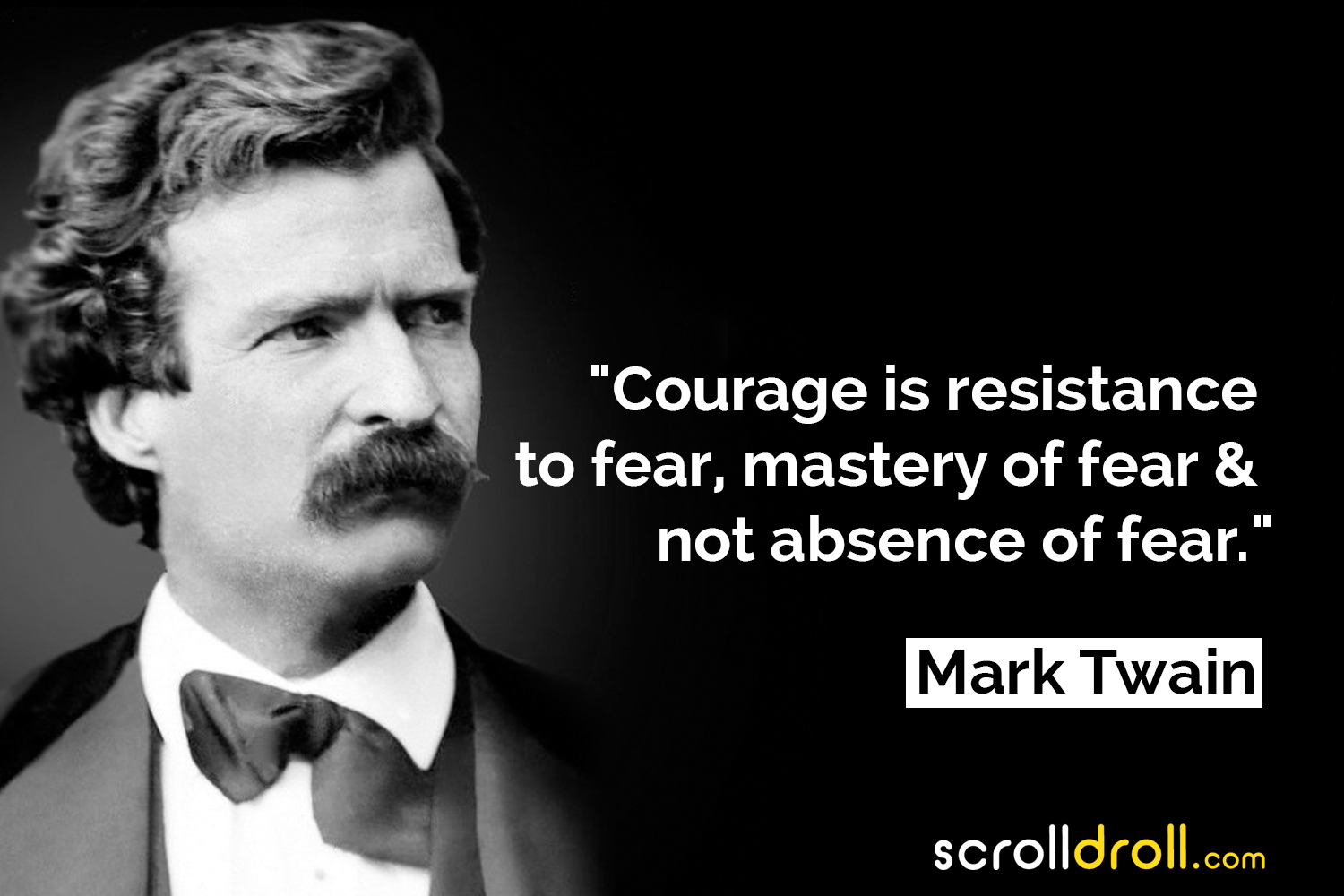 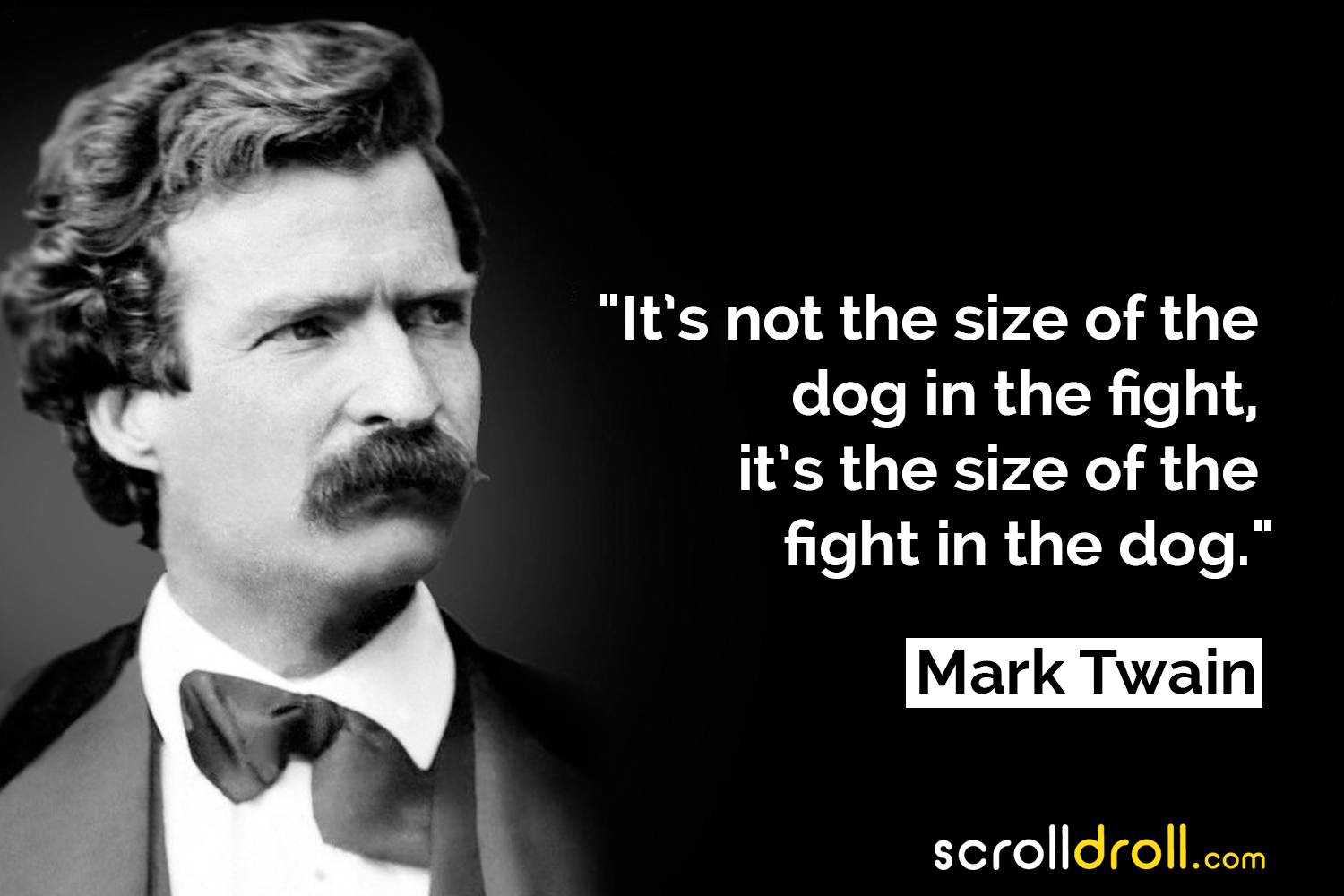 15. “The two most important days in your life are the day you are born and the day you find out why.” 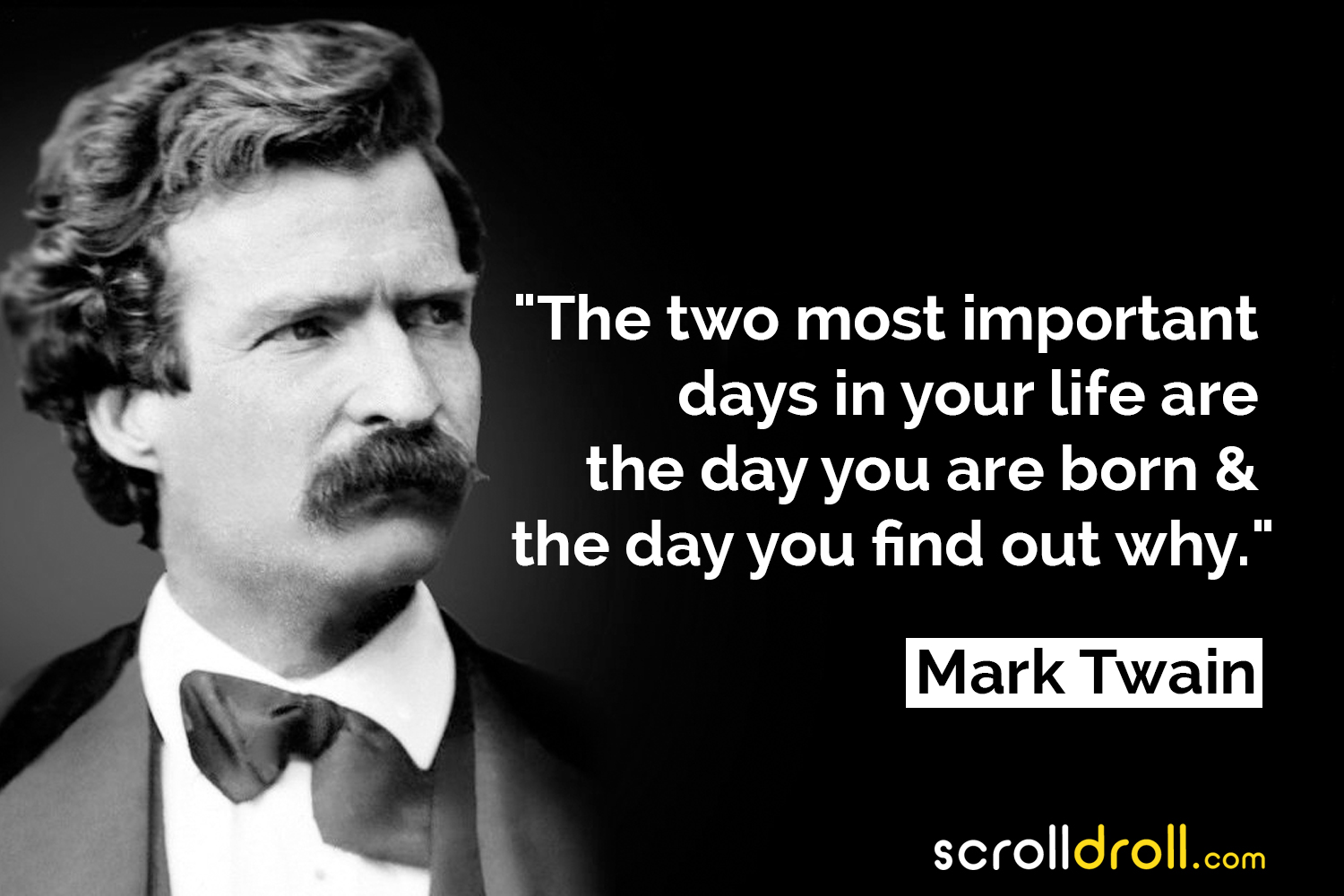 16. “Never argue with stupid people, they will drag you down to their level and then beat you with experience.” 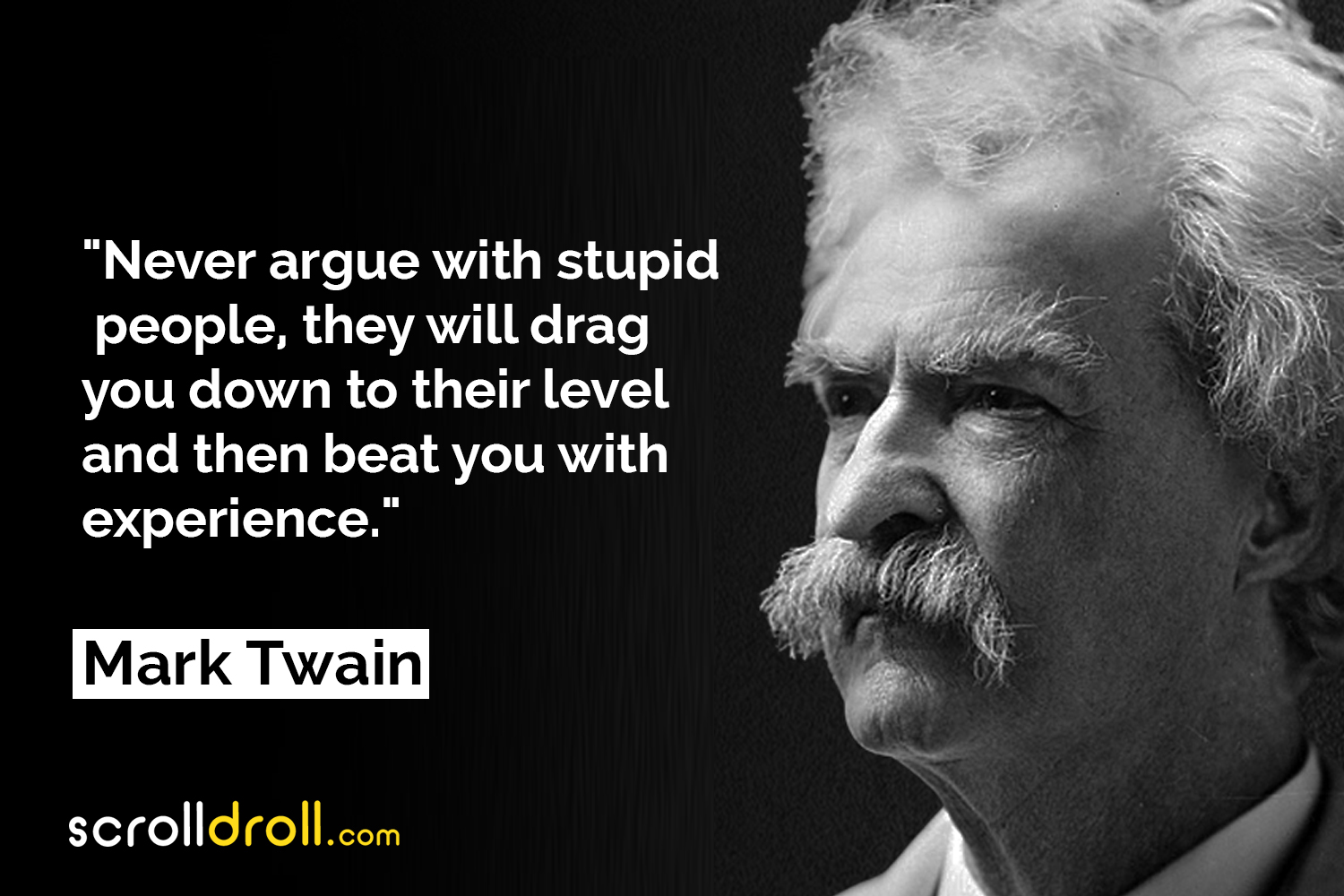 17. “Anger is an acid that can do more harm to the vessel in which it is stored than to anything on which it is poured.” 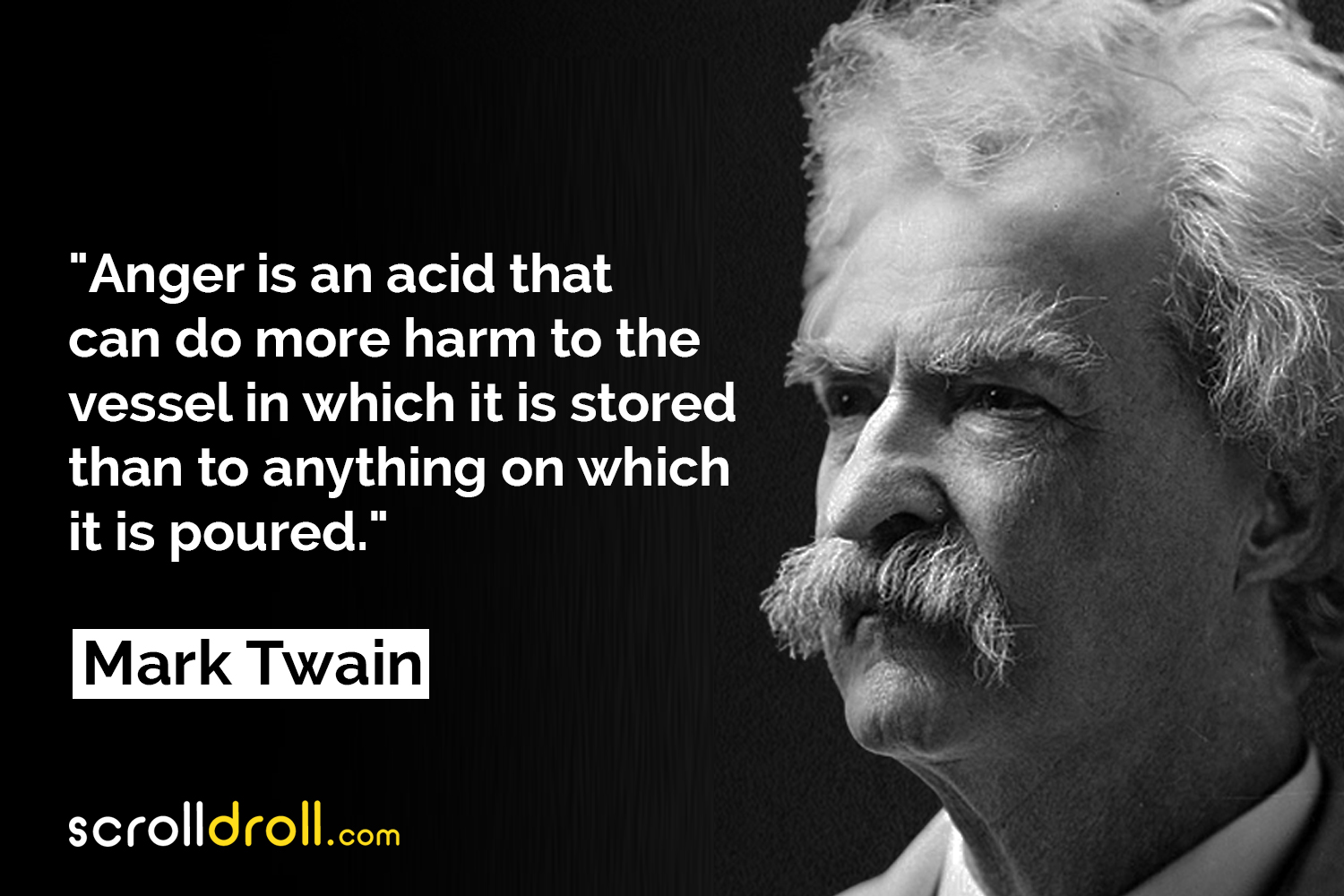 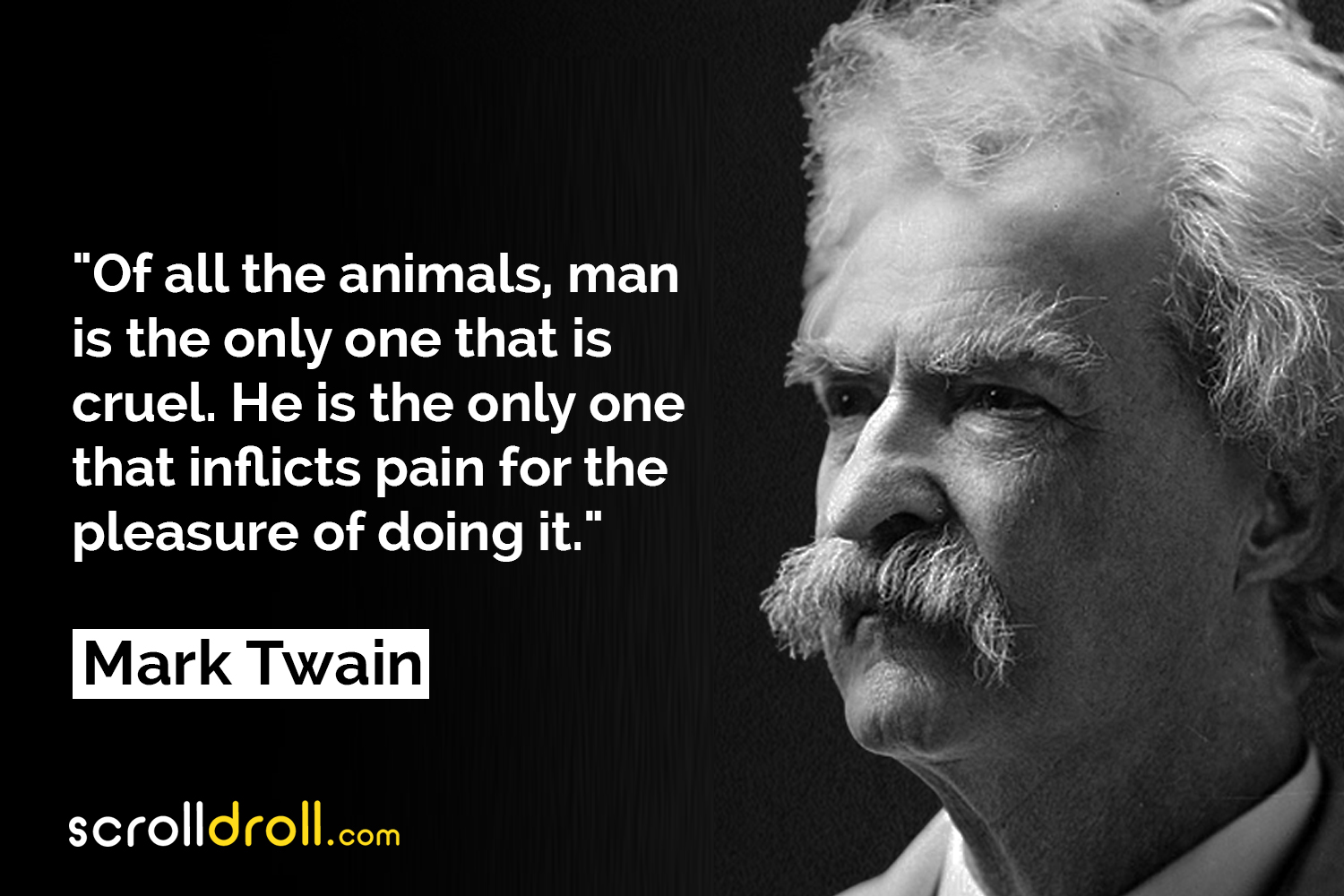 19. “Kindness is the language which the deaf can hear and the blind can see.” 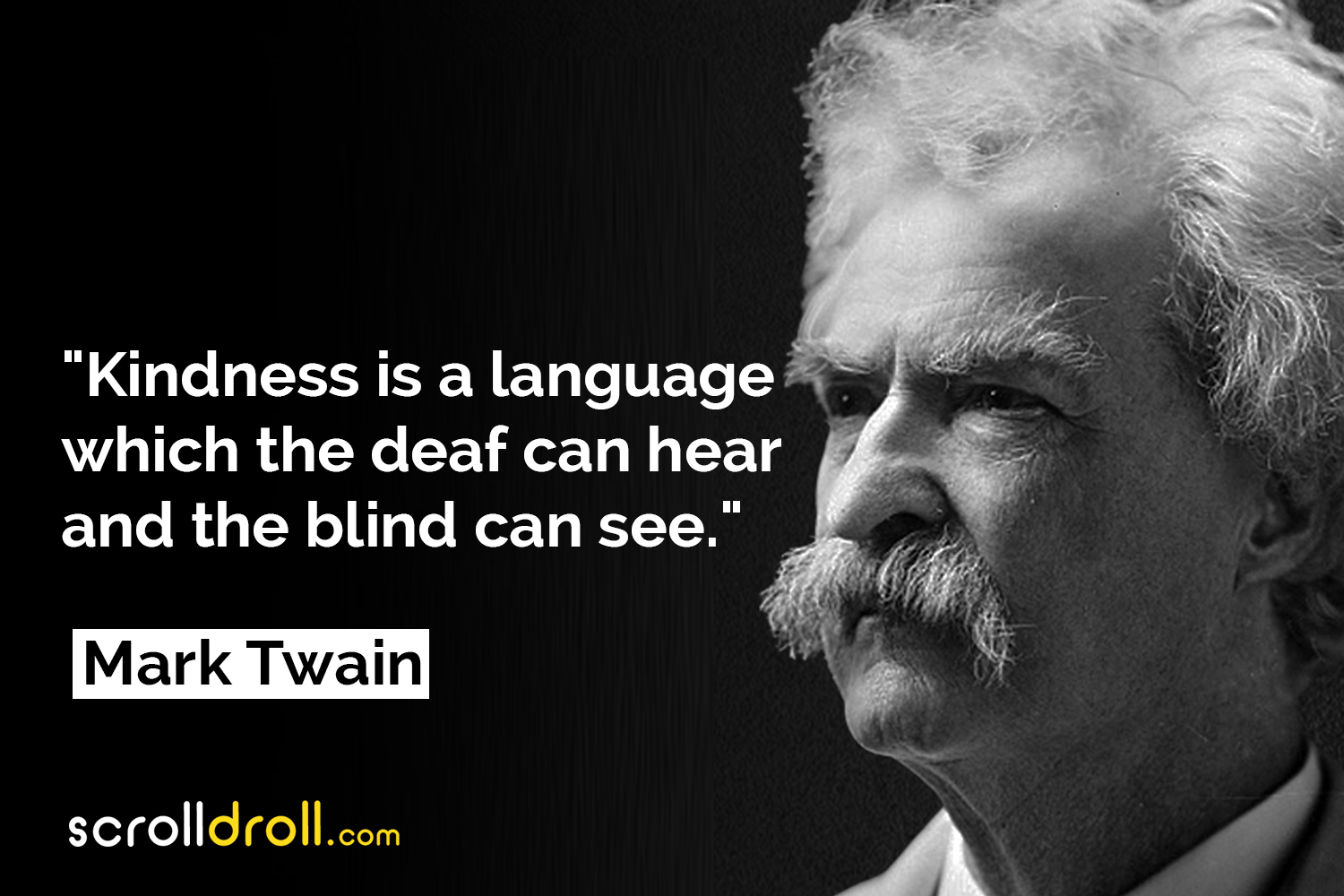 20. “It’s easier to fool people than to convince them that they have been fooled.” 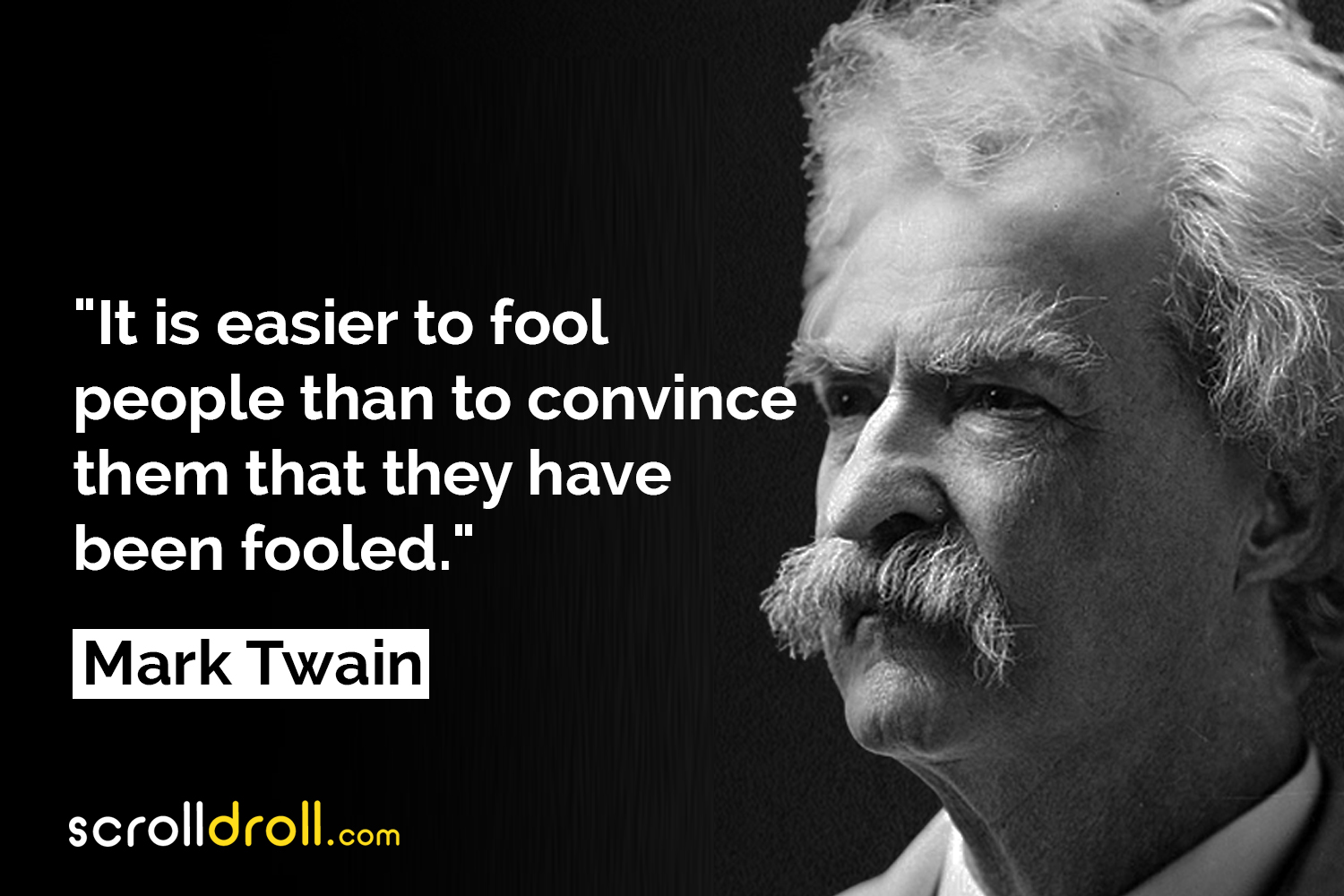 Lauded as the greatest humorist the United States has ever produced and the Father of American Literature, Mark Twain’s words hold relevance even in today’s world – almost two centuries after his birth.

Which Mark Twain quote was your favorite? Do let us know in the comments below!