There is nothing more to say about Satyajit Ray that hasn’t been said already. He was a filmmaker, writer, calligrapher, composer, and graphic designer. And he was good at all of them. His genius is a rare kind of genius, I mean once in eighty years kind of genius. Satyajit Ray was influenced by Italian Neo-realism school of filmmaking, often shooting on locations, casting unknown faces in the beginning of his career. He was awarded the Bharat Ratna by the Indian Government, its highest civilian honour in 1992. He is the only Indian director to win the Academy Award for Lifetime Achievement. He was awarded the Legion de Honors by the French Government in 1987. Here is our list of the 10 best movies by Satyajit Ray everybody should watch at least once.

The debut film of Satyajit Ray “The” movie that brought Indian Cinema to the global audience is. An adaptation of Bibhutibhushan Bandopadhyay’s novel of the same name, it won The National Film Award for best film in the year 1955 and Best Human Document at the prestigious Cannes Film Festival. Satyajit Ray took two and a half years to make it. And it shows on screen. Hardly anybody spends so much time for a movie through a financial crisis unless they are driven by intense passion. And it shows, it shows on screen. 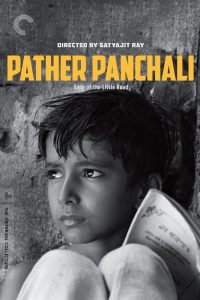 Every director has a movie that defines their career. Martin Scorsese has Taxi Driver, Bong Joon Ho has Parasite. Charulata is that movie for Satyajit Ray. Charulata follows the story of Charu (Madhabi Mukherjee), wife of Bhupati (Shailen Mukherjee), owner of a newspaper. Bhupati is so engrossed in his work that he doesn’t have any time to share it with Charu. When his brother, Amal (Soumitra Chatterjee) visits their home, Charu starts to fall in love with him. One of the best films by Satyajit Ray in my opinion. By this time he has become so confident with the camera, that he could grab the audience just by his images and camera movements while establishing the state of Charu, in the first 9 minutes of the movie without a single word spoken. A must watch for everyone. 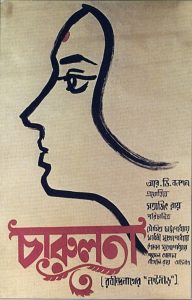 I wonder what it would be like to constantly churn out masterpieces as Satyajit Ray did in the ‘60s and ’70s. He was at his top game. Hands down. This movie also features arguably the best performance by Uttam Kumar, who stars as the matinee idol Arindam Mukherjee, struggling with the dark side of fame. 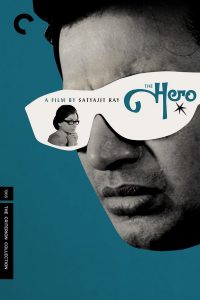 Let’s face it, the ‘80s wasn’t the best year in Satyajit Ray’s career. But excluding the movie that he started the decade with. Made just after the emergency, the movie is a political satire that serves as a handbook for fascism. I think it has one of the best screenplays ever written. The script did not get the acclaim it deserved, maybe because it is in Bengali, or maybe the industry was already deteriorating. It is disheartening (and terrifying) to see that the movie is relevant in today’s India even more so than it was during its release. 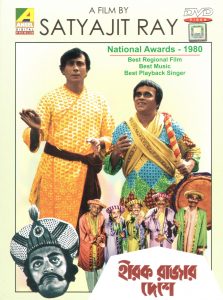 This is the first collaboration of Satyajit Ray with Madhabi Mukherjee (The other two being Charulata and Kapurush). It is the story of Arati (Madhabi Mukherjee), a middle-class woman from Kolkata, who takes a job due to growing financial pressure. Though her husband (Anil Chatterjee) starts getting insecure about her growing success. Mahanagar might seem a bit long for some audiences. But that does not bring it down on the list of the best films by Satyajit Ray. 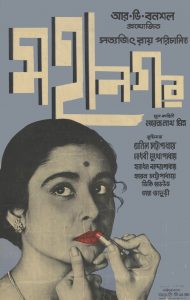 Another satire, but this one is a religious satire. More specifically a satire about the irrational faith people have in Godmen. Adapted from a story by Parashuram, it stars Charuprakash Ghosh and one of his frequent collaborators Rabi Ghosh in the lead roles of Birinchi Baba and his assistant respectively. 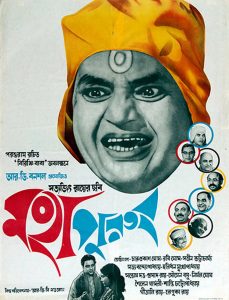 This movie faced a lot of backlashes because the mass audience thought Satyajit Ray was critiquing Hinduism. But actually, he was criticizing dogmatism, the extreme form of faith. The story is about Doyamoyee (Sharmila Tagore) who is thought to be a reincarnation of the goddess Durga. 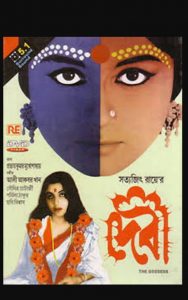 Satyajit Ray made 6 original films in his career. This was adapted from a novel about the popular sleuth Pheluda created by Ray. He was reportedly not a big fan of Whodunits. So he did something interesting with Shonar Kella. In the novel, the story is unravelled along with the narrator Topshe. So there is an element of surprise involved. In the movie, we already know who the criminals are. So it is not about the “who” did it, but instead “how” Pheluda would solve the mystery. A thriller on paper turns into suspense on the screen. 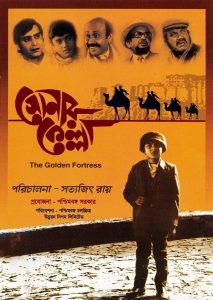 This was Satyajit Ray’s favourite film made by him. While critiquing the movie Pauline Kael wrote, on the surface, this Satyajit Ray film is a lyrical romantic comedy. But The subtext is perhaps the subtlest, most plangent study of the cultural tragedy of imperialism. 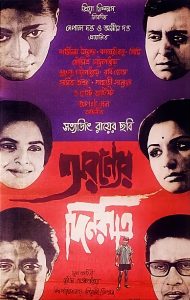 I know. I am cheating. But I would be doing a disservice to the reader if I don’t include this in the list. This is not a feature-length film, but a short film shot for the Academy. It is a silent film and achieves so much without any dialogue. It observes a poor kid and a kid from a visibly rich background while they are playing on their own. I won’t give out the rest of the plot. Go and watch it. 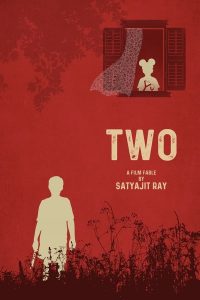 As an introduction to the world of Satyajit Ray, these are a good place to start with. For the more dedicated cinephiles, I would recommend they watch his entire filmography. The man never made a bad film.

And with this, we conclude our list of the 10 best movies by Satyajit Ray everyone should watch at least once.

15 Greatest Filmmakers of All Time Whose Movies Everyone Should Watch