10 Best Movies of Mohanlal Every Fan Must Watch!

Working since the age of 18, Mohanlal is an Indian actor, film producer, and playback singer working in the Malayalam cinema. Over the course of his four decades-long career, Mohanlal has appeared in more than 400 films.   His peers in the Indian film industry have lauded Mohanlal’s contributions to Malayalam cinema. He’s described as “cinema’s jack of all trades and master of many.” Let’s take a look at some of the best movies of Mohanlal.

Literally translated to ‘Crown’, ‘Kireedam’ is a 1989 Malayalam film directed by Sibi Malayil. The story of the movie centers on a young guy named Sethumadhavan (Mohanlal), whose dreams and expectations are dashed by a collision of fate and human fall. It examines how people are stereotyped by society and made to play those roles, whether they choose to or not. Mohanlal received the National Film Award, for beautifully and distinctly expressing the sorrow and pain of a young guy. 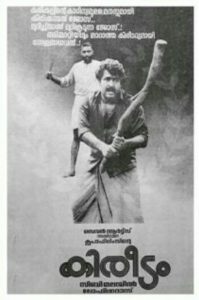 Based upon the novel ‘Udakappola’ by P. Padmarajan, who is also the writer and director of this film. It is a 1987 romance, revolving around Jayakrishnan (Mohanlal), who develops feelings for two different women: Radha, a distant relative of his, and Clara, a local escort. It was an experimental movie that did well at the box office, but over time it gained a fan base and became known for its eccentric characters. 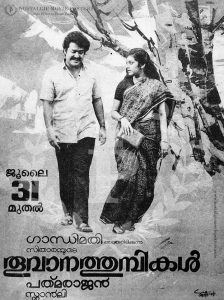 Directed by Jeethu Joseph, ‘Drishyam’ is a 2013 crime film and is regarded as one of the best movies by Mohanlal. The film follows the struggle of Georgekutty and his family, as they become the subject of suspicion after the disappearance of Varun Prabhakar, the Inspector-General of Police’s son. It starts as a family drama with a few hints of comedy but travels towards the corrupt part by the second half. The film is critically acclaimed and has received numerous awards. It was later remade into 4 languages- Tamil, Telugu, Kannada and Hindi. It is one of the best movies of Mohanlal in recent times. 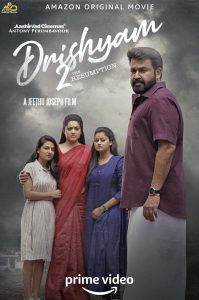 The 2019 political action film is directed by Prithviraj Sukumaran. After the death of a political Godfather, a number of robbers posing as politicians seized power. The question of God’s succession is raised, revealing a few names along with Lucifer, God’s favorite angel. ‘Lucifer’ is a complete treat for Mohanlal fans and is also called ‘a fanfiction’ of Mohanlal. 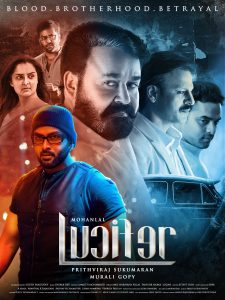 When translated to English, ‘Iruvar’ means ‘The Duo’. It is another political drama released in 1997 and directed by Mani Ratnam. As young men, struggling actor and writer-politicians become friends and go on to achieve great things in their respective fields of film and politics. However, a split forms between them when both start to vie for the state’s top political position. Set against the backdrop of Tamil Nadu’s cinema and politics, it is inspired by the lives of M. Karunanidhi, M. G. Ramachandran, and J. Jayalalithaa. The movie also marks the screen debut of actress Aishwarya Rai. 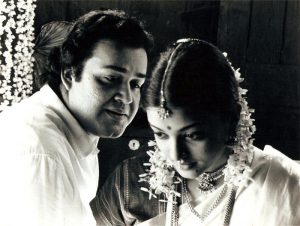 From Bharatha’s viewpointin Ramayan, Bharatham is seen as a contemporary reworking of the Ramayana. The central theme of the novel is how Gopinathan manages the family while his older brother is away and conceals his sorrows. The elder brother in this story of two classical musicians wastes his life and talent, while the younger brother upholds their shared obligations to their family. 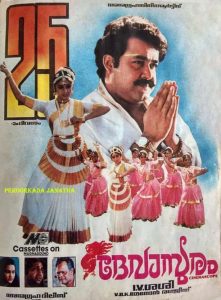 ‘Vanaprastham: The Last Dance’ is an Indo-French film, directed by Shaji N. Karun and produced by Pierre Assouline. Set in the 1950s, an Aristocrat and a low-class boy happens to fall in love. The young woman from an upper caste family and the Kathakali dancer have an unlawful connection that culminates in an illegitimate child. When she won’t allow him to see their child, he has to deal with difficulties. 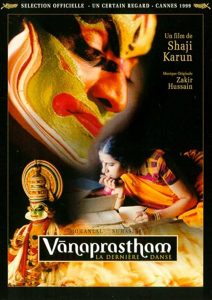 The eccentric rich orphan Rajeev has a peculiar taste in everything. He works incredibly hard to fulfill his goal of becoming a father without getting married despite having no expertise in family dynamics. Dealing with the delicate topic of surrogacy, the movie was considered one of the best films by the writer A.K. Lohithadas and director Sibi Malayil. 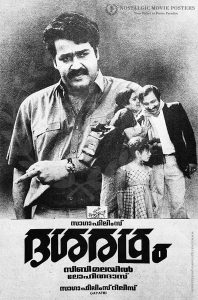 The movie is about Thomas Chacko (Mohanlal), also known as Aadu Thomas, a thug who fell short of his narcissistic father Chacko Mash’s expectations and became estranged from him. At the expense of their family lives, Thomas and his rigid school headmaster father have ongoing arguments. Directed and written by Bhandran, ‘Spadikam’ is a 1995, Malayali film. It became the highest-grossing film of the year and even has a dedicated fan base. 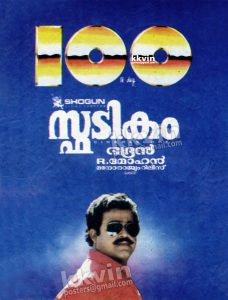 This 2005 film features dark comedy. The story’s focal point is the financial and artistic crisis that afflicted the formerly glitzy Malayalam cinema industry at the turn of the twenty-first century. A gifted director who has agony and difficulties in both his personal and professional lives after his magnum opus work is stolen. At the same time, some of his common acquaintances who previously suffered in daily life appear to be suddenly prospering. 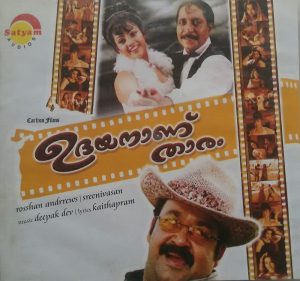 Here were our recommendations of the 10 best movies of Mohanlal. How many of them have you watched?